The fascination of the vast expanse, the stunning panoramic view, the compelling wide angle – that is the theme for this week’s selections from the iPhonegraphy Central Flickr group.

This week’s lead artwork, “on the beach” by rudi foehner, captures the theme nicely – a broad vista of mountains in the distance, across a calm expanse of water. The person in the foreground serves to center the scene and provide a point of reference for the awe the viewer experiences in the vast expanse of nature, and also presents a sense of scale. The choice of black and white draws the focus to the “architecture” of the scene – the vast expanse of land and sea extending to the horizon.

on the beach by rudi foehner

App used: Snapseed
Backstory: I was running on the seaside and found peace and absolute relaxing time. 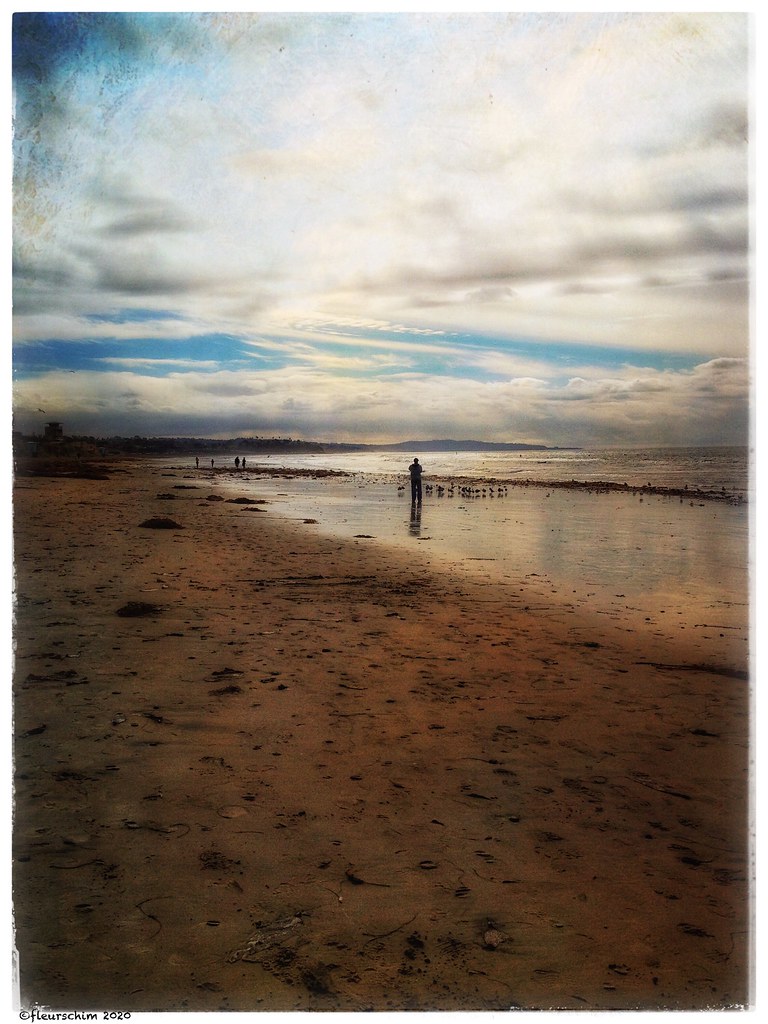 Apps used: IphonexS Snapseed distressedfx
Backstory: This image was photographed at the end of the day while walking the beach at a very low tide. Patches of water, illuminated, reflected and decorated by the gorgeous clouds and sky, remained along the shore. There were few people this day, and thankfully, one man happened to position himself in the glimmering water with an audience of small waterfowl.
The staging was perfect. I shot a long view of this beach scene and created a moody, contemplative, painteresque (with distressedfx) vision to celebrate the moment.
Timing is everything: low tide, gorgeous clouds, pools of water, birds and an unsuspecting model created a perfect stage. 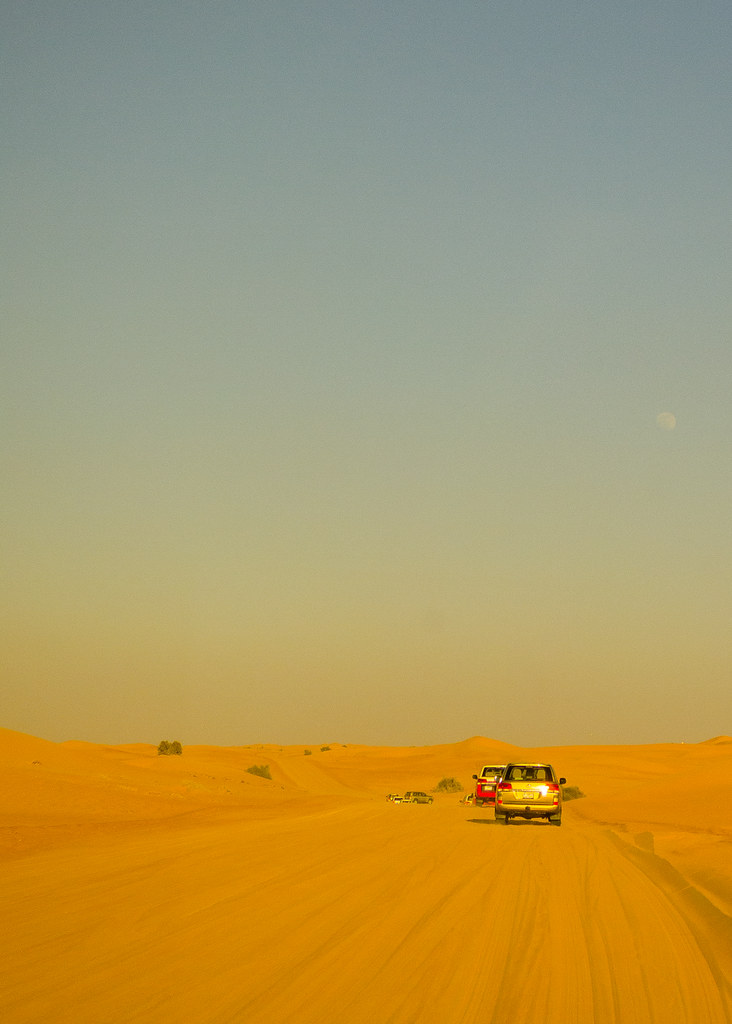 Into the desert by Erik Viggh 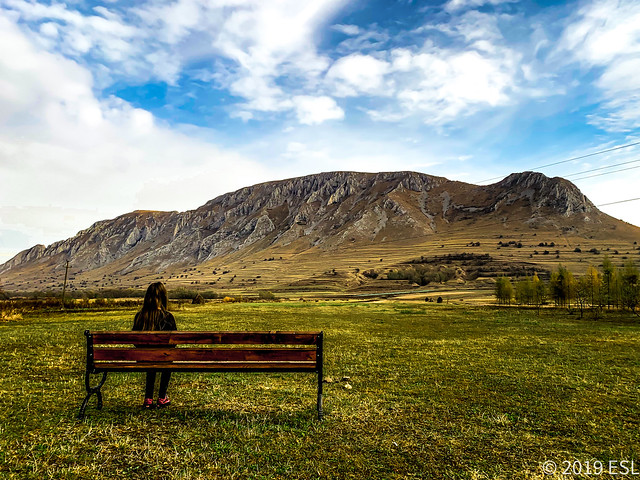 just enjoy the view by Sigi.Ludwig 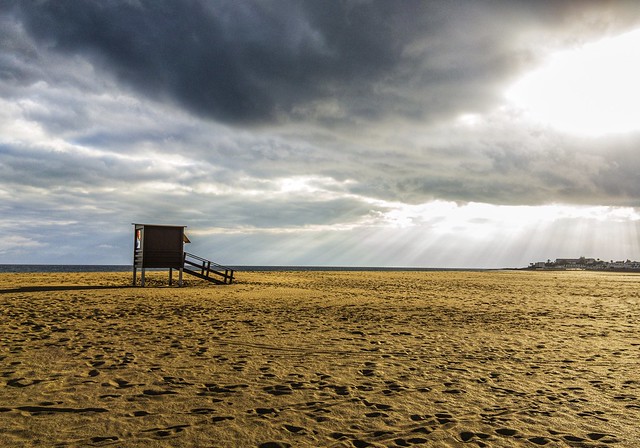 Awaiting the Gods by TravellingMiles

Apps used and backstory: First off the apps I used were photoshop express and snapped via IOS. The image itself was taken on a late afternoon while on holiday in Lanzarote. I should also mention I took the photo using the “RAW” app. To me the still life image shows a beach hut waiting for something to happen perhaps divine intervention and I believe the sun rays point to the possibility. That’s why I called it Awaiting The Gods. 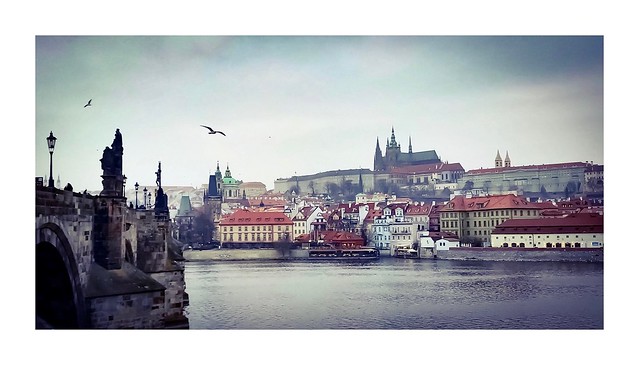 Gray skies over the Vltava River, Prague by Robert Laliberte

Apps used: Photoshop Express, Snapseed, Pixelmator
Backstory: This photo was taken during a business trip to Prague. After a day spent in dark meeting rooms, my colleagues and I decided to venture out for a walk across the Charles Bridge (on the left). It was late in the day during early spring, and the sky was overcast and gray. A friend who had visited Prague previously suggested this location – a small plaza overlooking the Vltava River just before the bridge – as a great place to take a photo, and I had this in mind as we approached the bridge and snapped this with my iPhone 7.
The photo itself was quite flat in colors. I used the Autumn filter in Photoshop Express to bring out some darkness in the sky over the river, and then dehazed it a bit and adjusted the colors and brightness. I used Snapseed to further fine tune and frame the image, and Pixelmator to remove blemishes and make a selective edit of the building in the center foreground since it was a bit too dark. 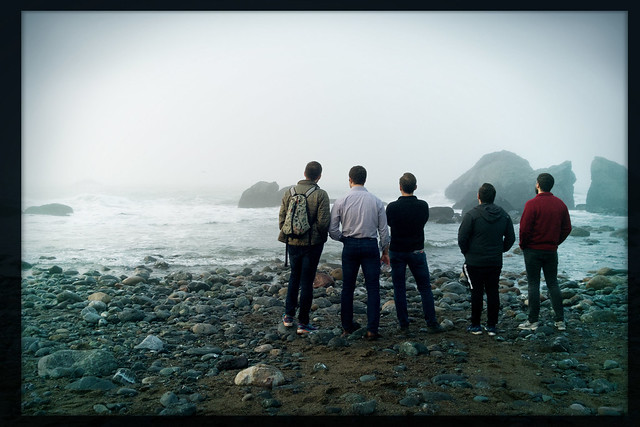 Along the Lands End Trail by Lawrence Lazare