Precious moments (aka the Mark Walton and David DeNagel showcase) are what most of the photographers and artists have in common in this week’s Apps Uncovered and Mark Walton’s photos dominate the group. This London based UK street photographer has an incredible eye for framing exquisitely beautiful, witty and extraordinarily ordinary moments in the most common of places often simply entitled with the place location or just three dots “…” leaving the viewer to fill in the gaps; a plastic bag discarded on a wet pavement, the lower half of a one legged discarded shop dummy, the detail of a fancy curtain above a door window and flowers viewed through rain-drizzled glass render an easily overlooked scene into an impressionistic marvel reminiscent of a monet painting. The human presence is ever felt in each of these momentarily snapped compositions. Equally precious are David DeNagel’s moments. David’s photographs are as sensitive and intensely moving as are his descriptions and I urge to read these below his photographs; I found the photograph of David’s father and the accompanying especially poignant and touching.

As always, I couldn’t resist some colourful contributions to the group so look out for those too!

From my window by Mark Walton1 (Mark Walton)
Apps used: Straight out of the iPhone native camera

From my window by Mark Walton1 (Mark Walton)
Apps used: Straight out of the iPhone native camera 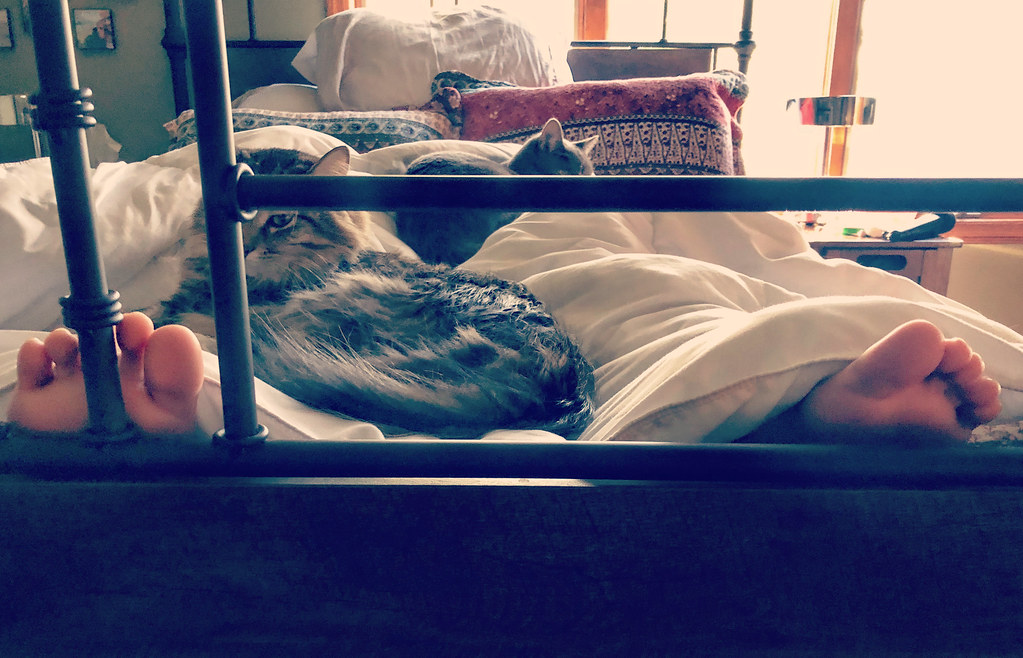 Nap Time by Kent DuFault
Apps used: This was taken with an iPhone 8+, and it was processed in Snapseed first for basic edits, and then in Instagram for the color grading.
Backstory: We are a household of cat lovers. We have four cats: Bella, Lolita, Oliver, and Ramona. I came home from the store one day to find my wife napping with several of our cats piled around her. For her, this is pure Heaven. What caught my eye was her feet sticking out prominently at the end of the bed. I pulled out my iPhone and began composing a shot when the nearest cat, Oliver, opened an eye. It provided a perfect focal point, and I clicked the shutter release. In composing this shot, I like how the bed frame divides the picture into sections. I like how the composition begins with the feet, and then each cat leads you further into the picture. It’s only then that you realize there is no head! A strange juxtaposition. One of my favorite techniques. 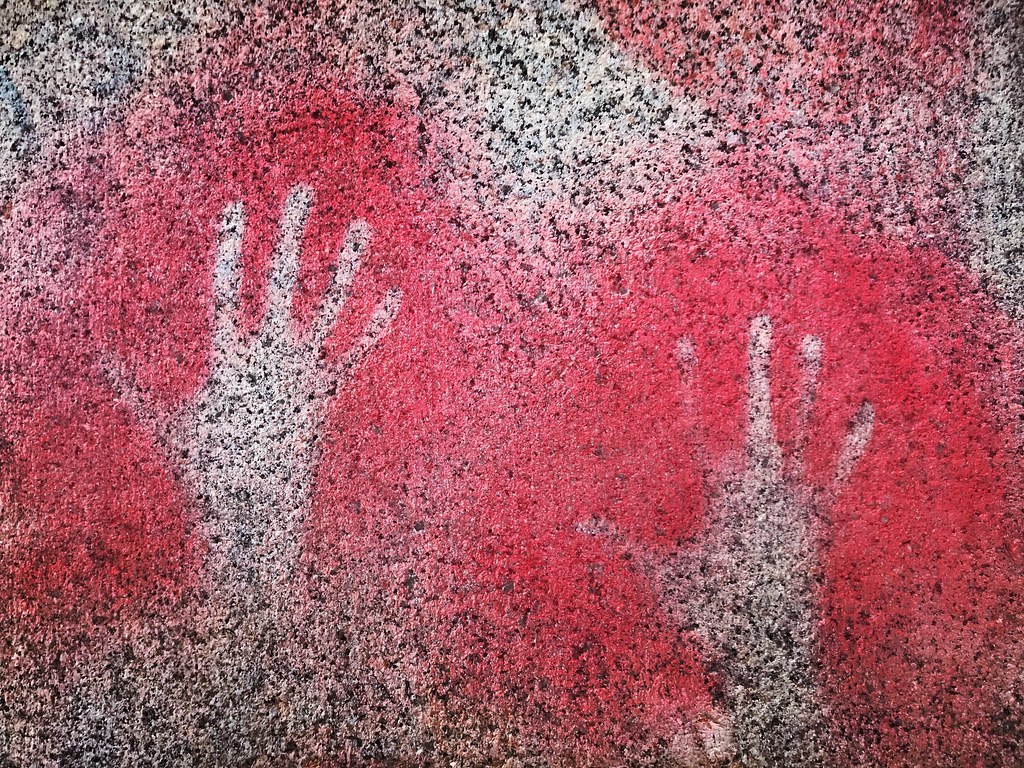 Red handed by Rob Pearson-Wright
Apps used: Snapseed to brighten and add contrast to the image.
Also a touch of saturation and ambience and then lowering the highlights a touch. I applied a VSCO A6 filter and dialed it down until the contrast was to my liking.

Backstory: I was on the Brexit / People’s Vote March in the UK last Saturday (19th Oct 2019) and activists used spray-paint prints using washable chalk spray to mark the path of today’s march from Whitehall Gardens to six government departments. This is one one of their tags in Trafalgar Square, London. 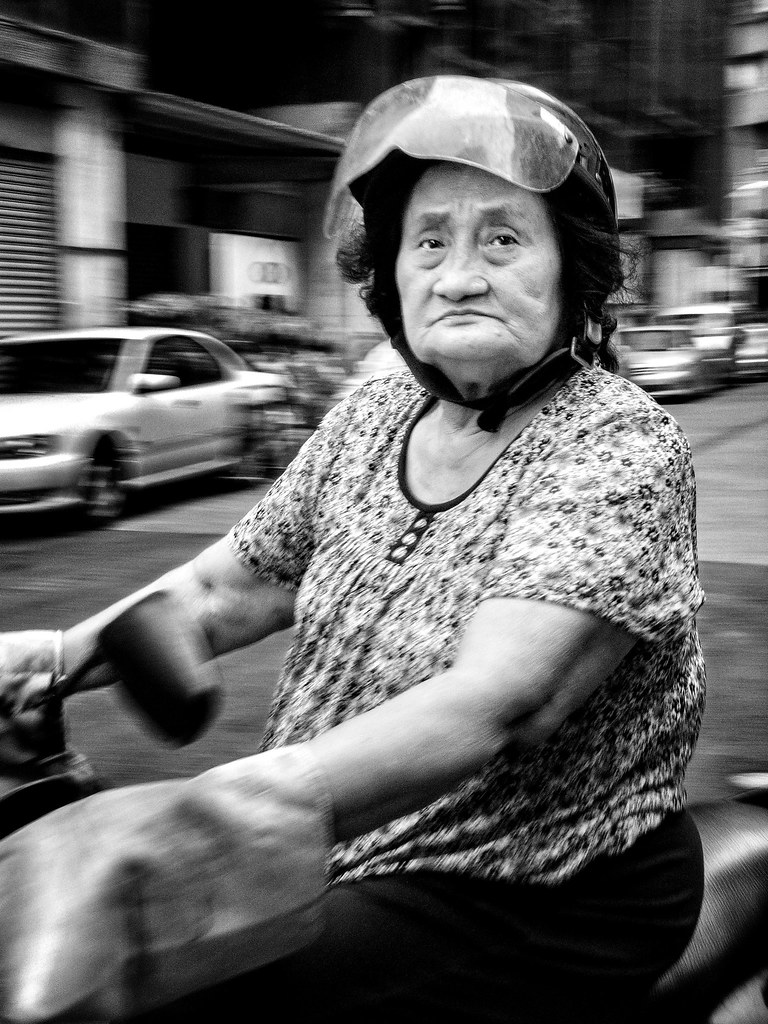 Backstory: I was outside a store waiting for my wife to finish her shopping inside while this nanny on a scooter emerged from the corner of my eyes. I quickly set the shutter speed and ISO in my ProCamera app and focus-locked on the ground immediately in front of me, and panned the phone following her way and made the shot while she rode past.

The raw file was developed into jpeg in Lightroom Mobile and then dodged and burned locally, and converted to black and white in Snapseed. 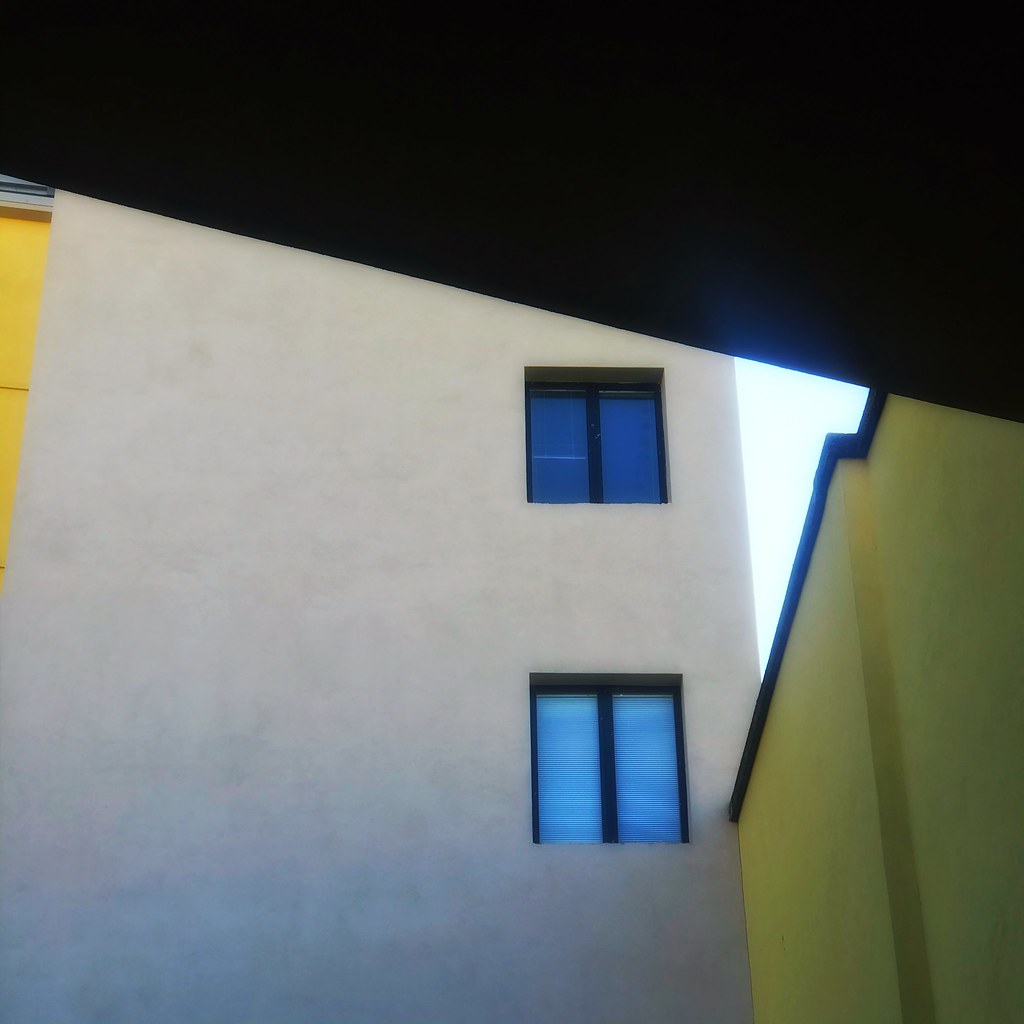 App used: I shot with the default camera app on an iPhone 7plus and edited with Snapseed.
Backstory: You enter a complex of buildings, the guard at the gate tells you to walk along the the yellow wall, you follow the instructions to find that the path goes through a sort of tunnel. You choose to believe the indications and find your destinations, but at the exit of the tunnel you see just the perfect geometry. With an iPhone in your pocket you cannot miss it.

I shot with the default camera app on an iPhone 7plus and edited with Snapseed.

The image was shot out of doors with an iPhone 11 pro, telephoto lens. All processing was done within the new IOS 13 photos app: Having been taken in portrait mode, I applied the High Key Mono Lighting effect and then made tonal adjustments in the photos app itself.

The image illustrates one of my favorite quotes:

My Father_(The Hospital by David DeNagel)
Apps used: Shot on iPhone 5/ Processed in Hipstamatic (John S lens & Blackeys Supergrain film)
Backstory: This was taken,several years ago, during my fathers last stay in a hospital. I was visiting him when a nurse came in to adjust his gown and IV, before taking him for a walk.
He was 92 at that time. Of course, I remembered him at different stages or our respective lives. He was my mentor and friend. But somehow, I never felt closer to him ,watching the frail and gentle man who gave me life, simply trying to retain some dignity under very challenging conditions.
I stayed with him as long as permitted before the nurse escorted him carefully from the room for his daily exercise. As I saw his back profile, a robed figure leaning on his IV stand and the nurse, leave the room, I wondered how long I would be able to share his life; I had lost my mother 41 years earlier; I thought of my own mortality.
I doubted my ability to endure what he did; yet I realized how much I loved him. Even with his faults, he was the best man I ever knew.
He passed away, three months later. I truly became, in one poignant sense of the word, an “orphan”.

Reunion by David DeNagel
Apps used: Shot on iPhone 7 Plus. Post Processed in Carbon
Backstory: This image was taken on the occasion of another reunion with my childhood friend ,Demetrios. He had flown in from Washington D.C. where he lived and worked ,to attend to some family business in St. Louis, where he and I grew up together.  My wife and I spent half the day with “Jim” ( the anglicized version of his first name). She listened happily to our reminiscing and when it became time for Jim to leave, she gave him a kiss of welcome and farewell, until we would, hopefully, meet again sometime.
Which we did. 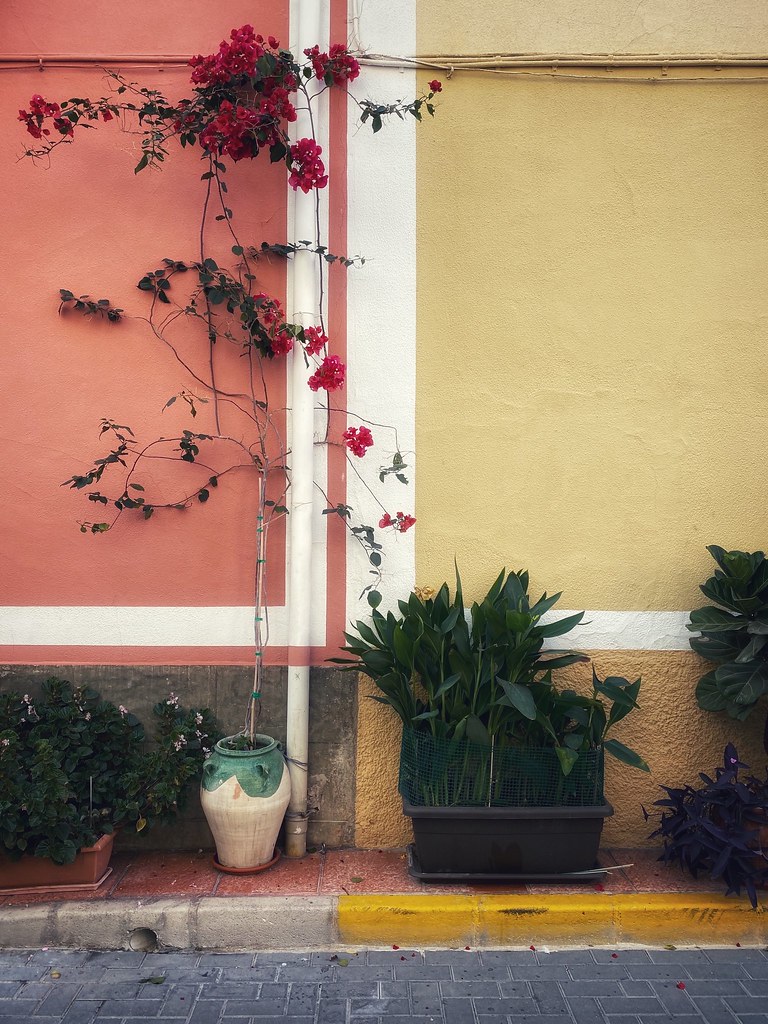 Pot plants by Laila Bakker
Apps used: Shot with Apple iPhone 11 Pro Max, back triple camera 4.25mm f/1.8. and edited with native Apple photos editing app and Snapseed.
Backstory: I was in Orxeta Spain walking the streets when I saw this composition. The pot plants, the painting on the walls, the lines of the electricity wire. I framed the shot, straightened it in Photos and gave it the faded glow look in Snapseed. 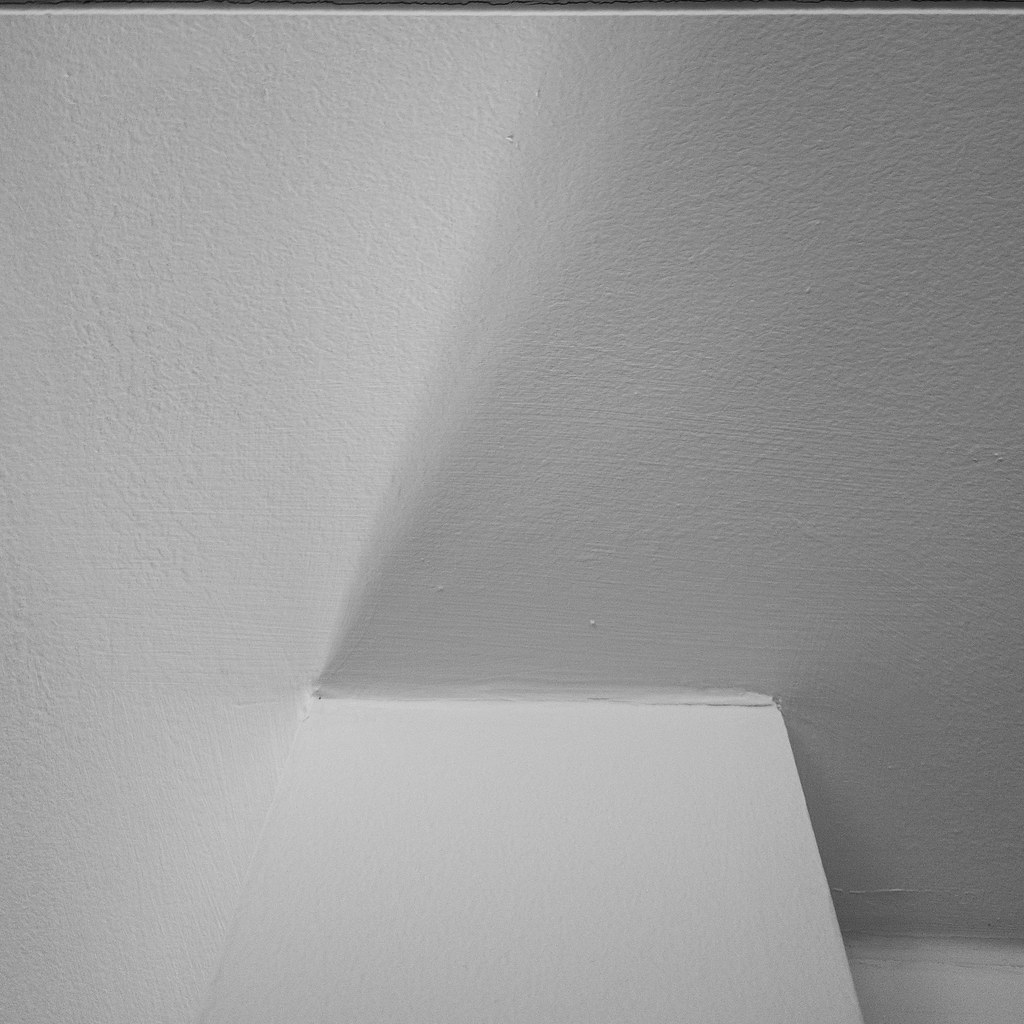 The light on the corner by Erik Viggh
Apps used: Apple iPhone XS Max, back camera, 4.25mm f/1.8
Backstory: I used the native iPhone app to shot the picture. It was further processed with Photoshop Express where I cropped and developed it to be black and white. The subject was the corner of my kitchen ceiling. 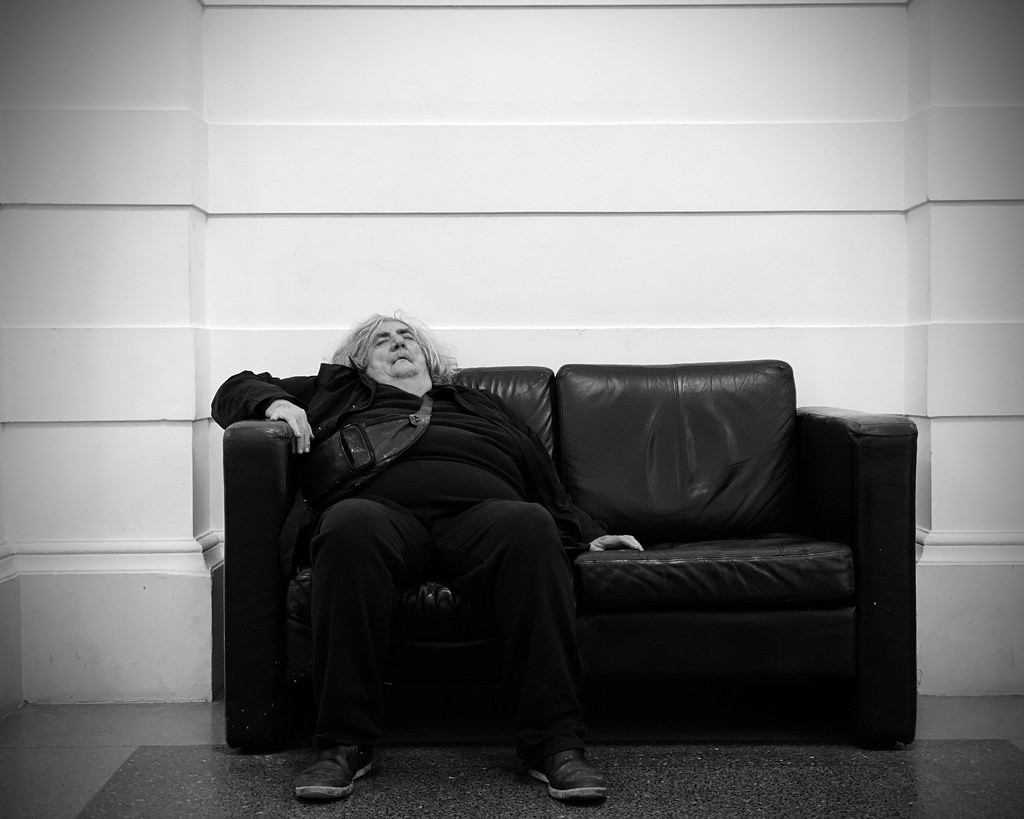 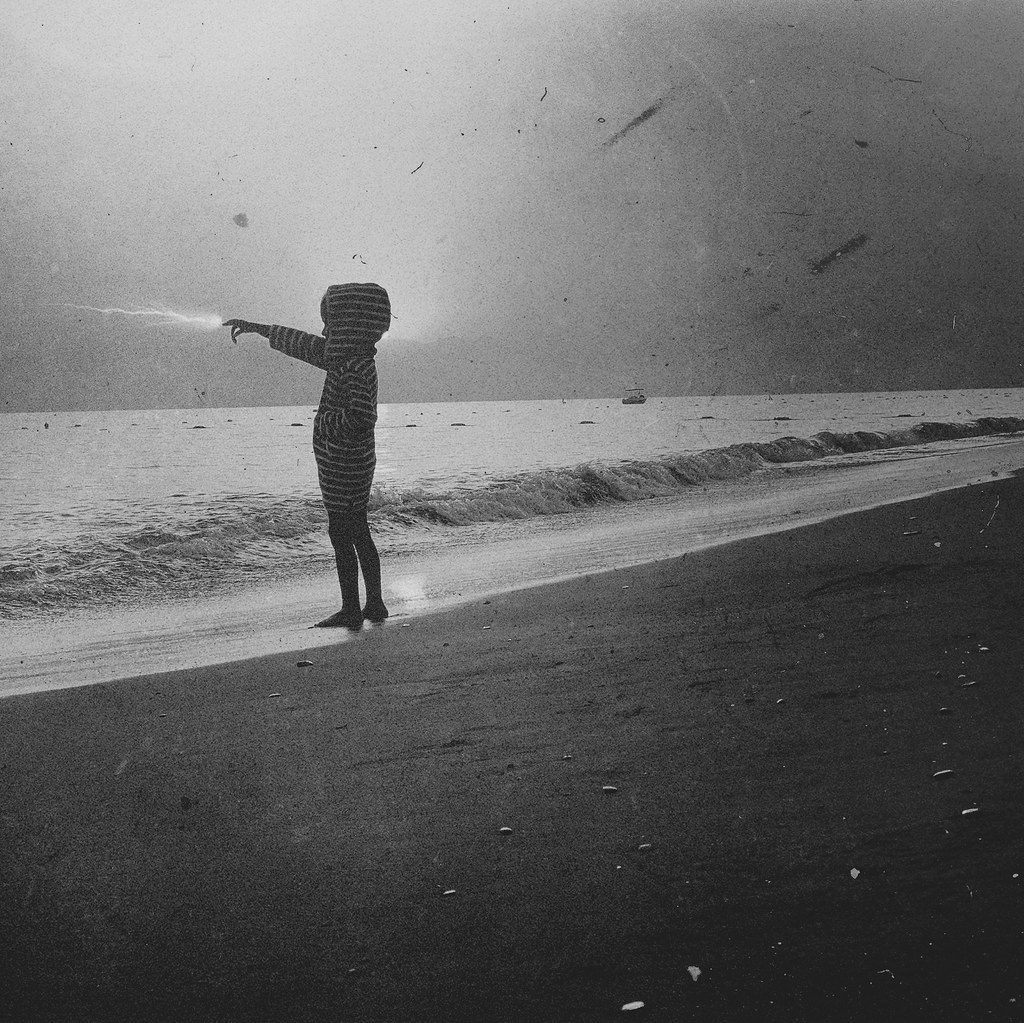 Untitled by Tuba
Apps used: Captured and edited on an iPhoneXS Plus. Apps: Snapseed, Mextures, AlienSky
Backstory: Only in silence the word, only in dark the light, only in dying life: bright the hawk’s flight on the empty sky. —The Creation of Éa “A Wizard of Earthsea” ~ Ursula K. Le Guin. 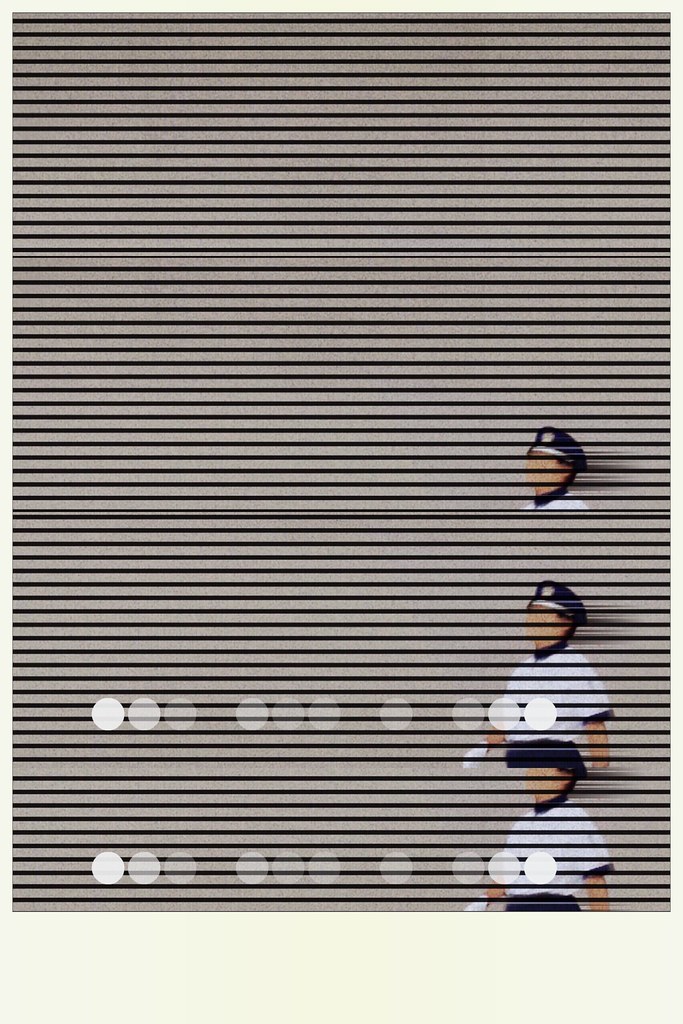 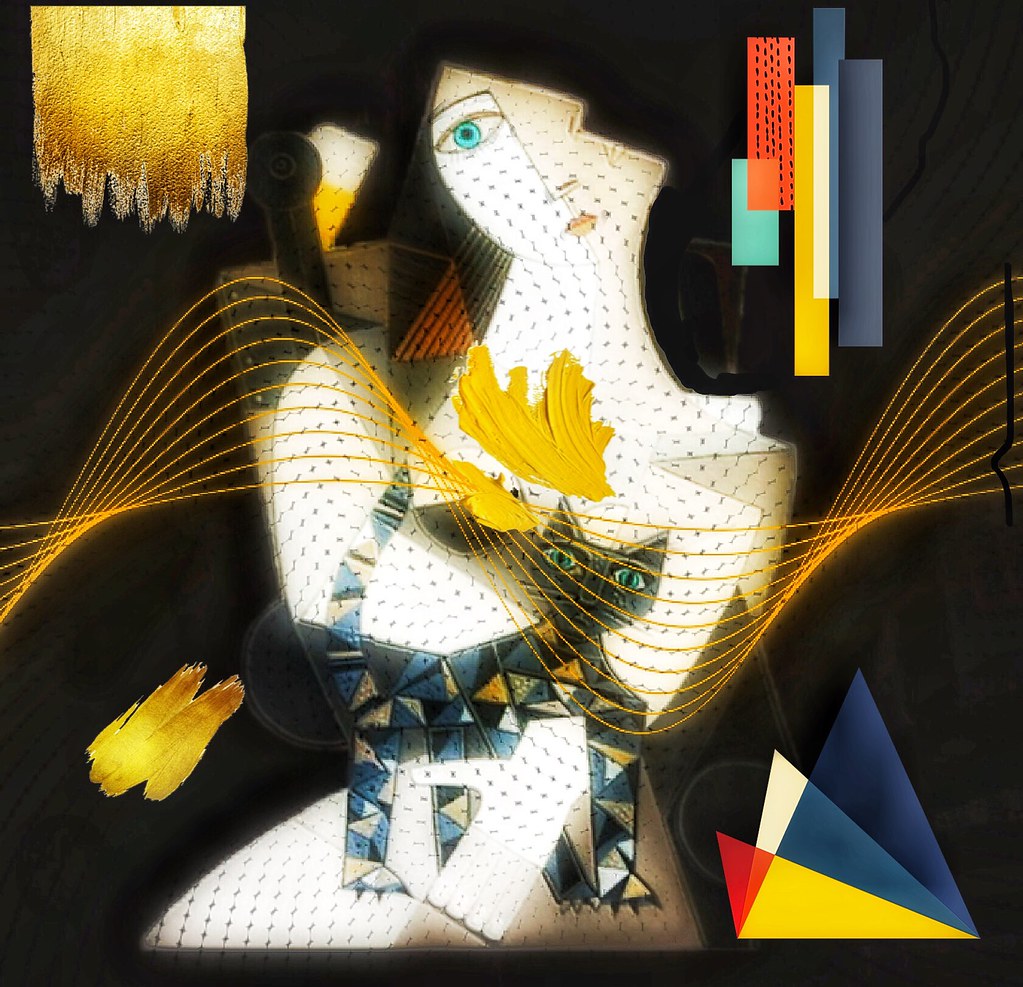 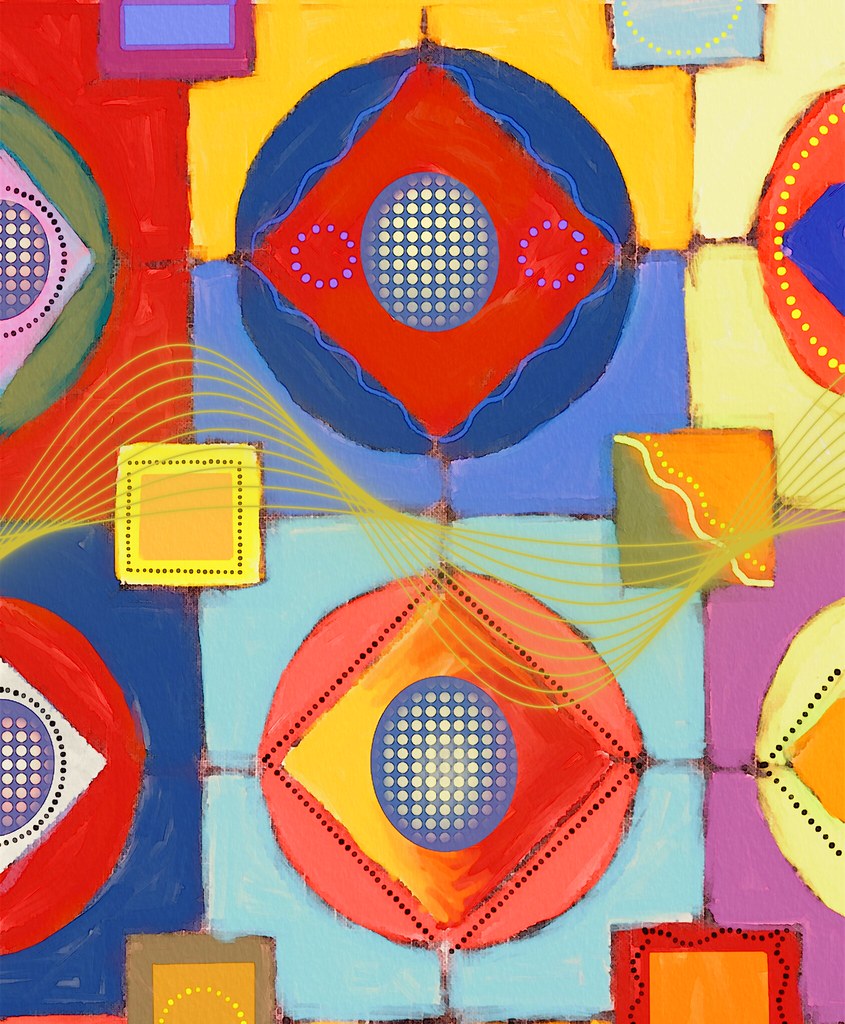 Grandother’s quilt by rita Colantonio
Apps used: Apple iPadPro, iColorama, Snapseed, and Repix
Backstory: The inspiration for this piece came from two sources (see images below).  I had been looking at art by Wassily Kandinsky, an artist I have always admired for his creative freedom. I settled on Squares with Concentric Circles as my inspiration piece. It seemed like such a joyful exploration of color and shape. I happened to have an upholstery swatch which I had been considering which was basically a grid of circles, squares and diamond shaped outlines. I decided to use that as a template.
I photographed the swatch and brought it into procreate app on my iPad Pro. I then cropped and began to paint with “oil paint”, organizing my colors while looking at Kandinsky’s piece. To make it truly my own I embellished with brushes and details in procreate and an IColorama grid. I also experimented with toning in iColorama, using the Match tool to bring in some of Kandinsky’s tones.