Just a quick heads up. There are only two days left to grab iColorama Creative PLUS while it’s still available as our special Holiday Offer!

If you have an iPhone (or an iPad) … and you would love to be able to create amazing artwork anytime, anywhere … with easily the most powerful artistic app on the market …

You really should treat yourself to this:

Having the earlier iColorama Creative course is totally optional. This one stands on its own (and in fact even includes a few of the core videos from the earlier course, just because we wanted you to have ALL the best techniques).

With all the photos you no doubt already take, why not learn to push them further, tap into your creativity more often, and turn out incredible images whenever you happen to have a few minutes?

This is how you live a more artistic life.

So grab this while it’s still available at the special holiday discount we set up for you.

Hope to see you there!

I stole one of our artist’s titles this week for the theme of Apps Uncovered. Thank you to Tomaso Belloni for the “Nothing Missing” theme (and supplying 5 of our photos this week), a wonderful title that not only describes his wonderful feature photo but also tells you something about most of the images featured this week. Somehow, each image is complete; no need for more, no need for less. I was struck by Tomaso’s image for it’s simplicity and wonderful expression of hope by using just a few elements in the compostition. Let’s all try to take courage and take this feeling of hope with us into the New Year despite what extreme difficulties we may face, if not for ourselves, perhaps for others.

I also encourage you to scroll to the bottom of the page to enjoy our iPC Flickr group newcomer Miguel de Ozarko’s illustrative “City Streets”. Being an extremely talented poet, Miguel naturally has a wonderful way with words and publishes his lyrical works below the Flickr gallery images. I urge you to read the poem that accompanies his image and also to click through to Miguel’s Flickr stream to enjoy more of his soulful painterly works that complement his poems perfectly.

Have a wonderful New Year everyone. Let’s see you really experimenting next year and pushing those apps to explore work, themes and techniques that are really yours and say something about the way YOU see the world!

Thank you all for submitting to iPC Flickr group. It’s been another amazing year!

Rounding out the selections this week are 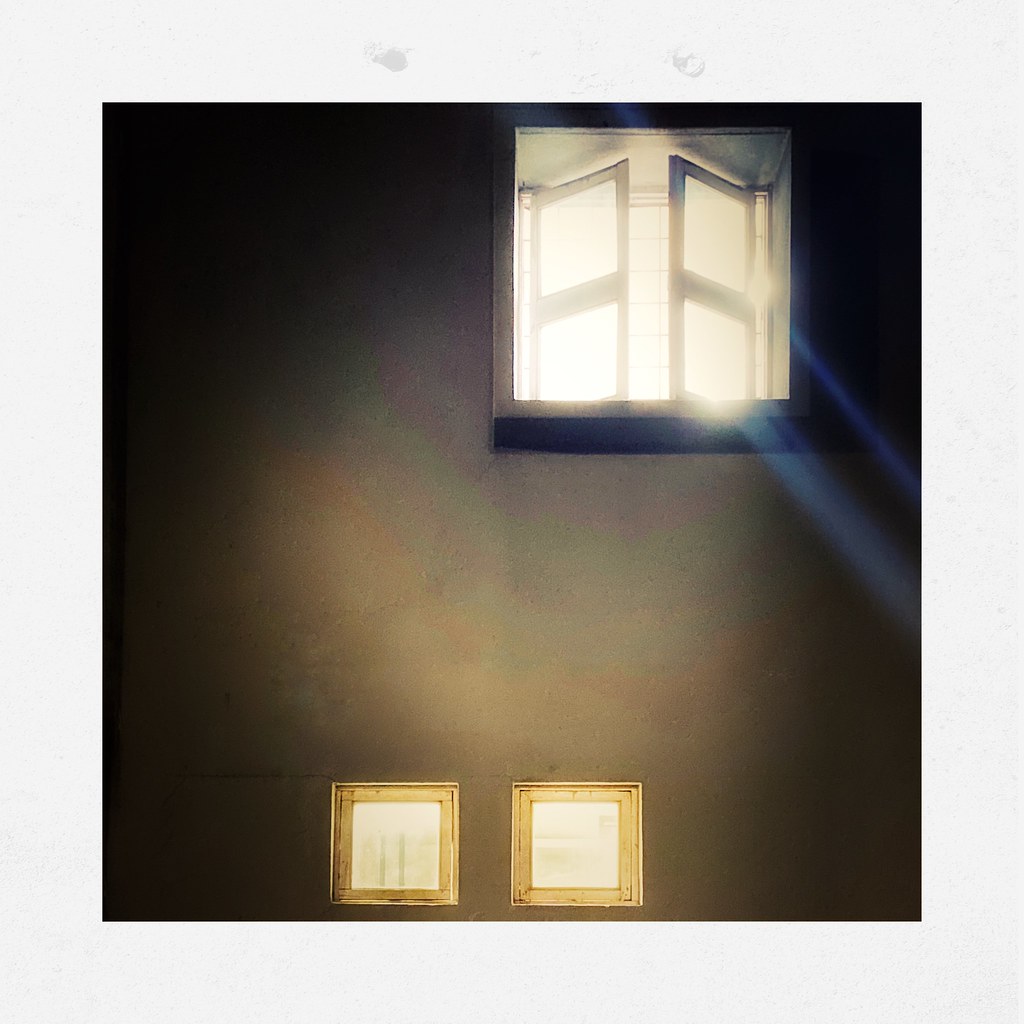 Nothing missing by Tomaso Belloni
Apps used: I shot with the “normal” camera on an iPhone 11 pro max using the default camera app, then edited with Snapseed and with Hipstamatic (Vicuña CL Lens, Bream Film and Laser Lemon Gel Flash).Backstory: I have seen these windows literally hundreds of times, but on this evening they looked just perfect and a good test of the low-light capabilities of the new iPhone. Even the flare is just where it ought to be. 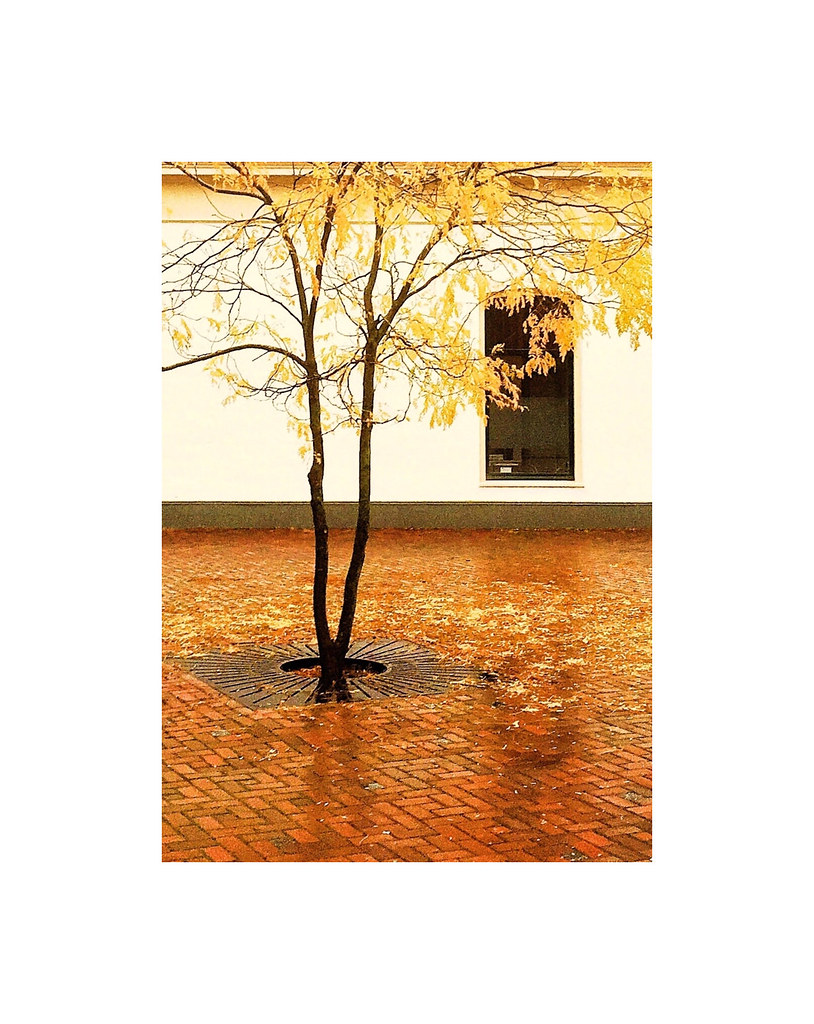 balancing by Rob Faber
Apps used & Backstory: Returning home from shopping, my attention was caught by the tree standing in the middle of a lovely small square, against the old houses. and the fallen leaves around it. Quickly I took some pics and back home I choose the best one . There really was nothing special about it, but I treated it in Fotor free and then did some crops, until the one satisfied me. Most of my pictures are made on my iPhone 6 with the Camera+ app 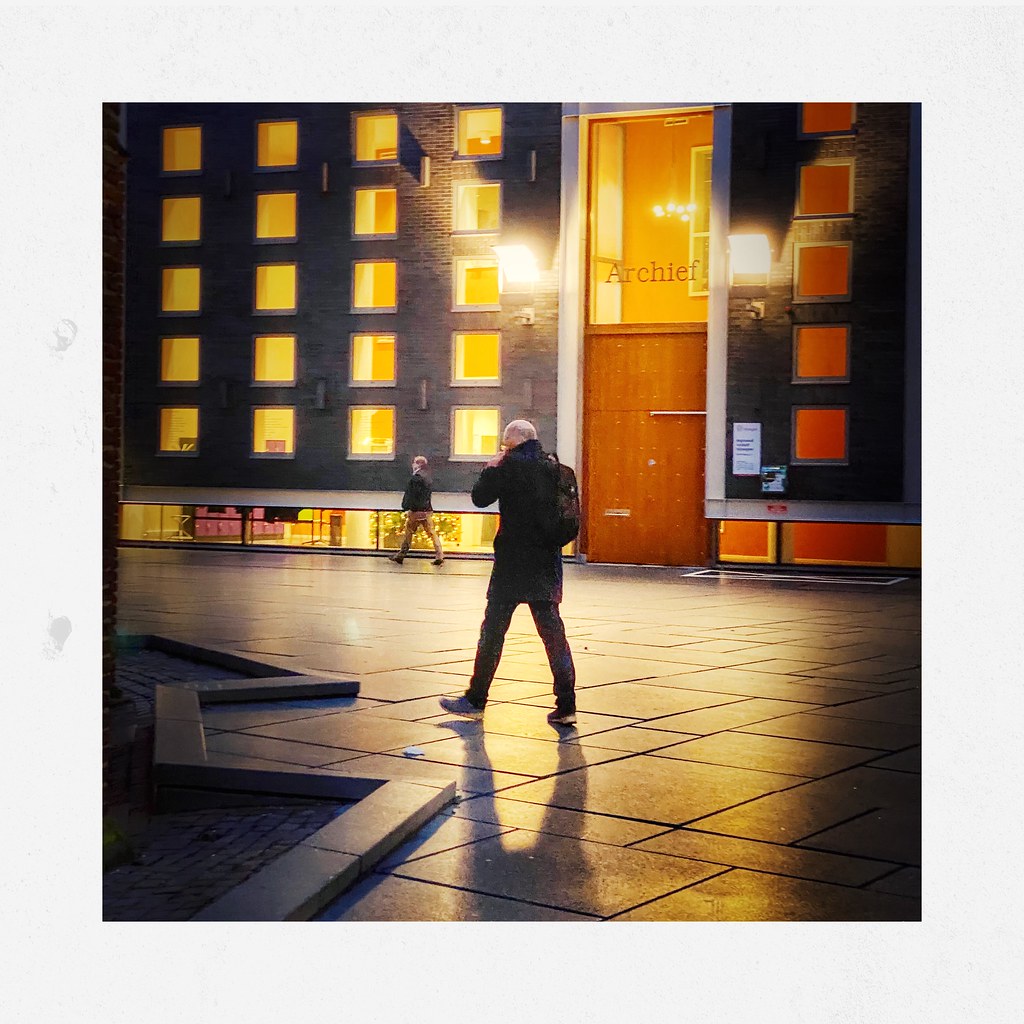 Geometries of life by Tomaso Belloni
Apps used: I shot with the “zoom” camera on an iPhone 11 pro max using the default camera app, then edited with Snapseed and with Hipstamatic (Vicuña CL Lens and Bream Film).
Backstory: A cold late winter afternoon in the center of Nijmegen, the Netherlands, an interesting square, a man making a phone call and moving around is provided an irresistible setting to try the low-light capabilities of the new iPhone 11 pro max. I had to take many shots to hit a satisfying one. 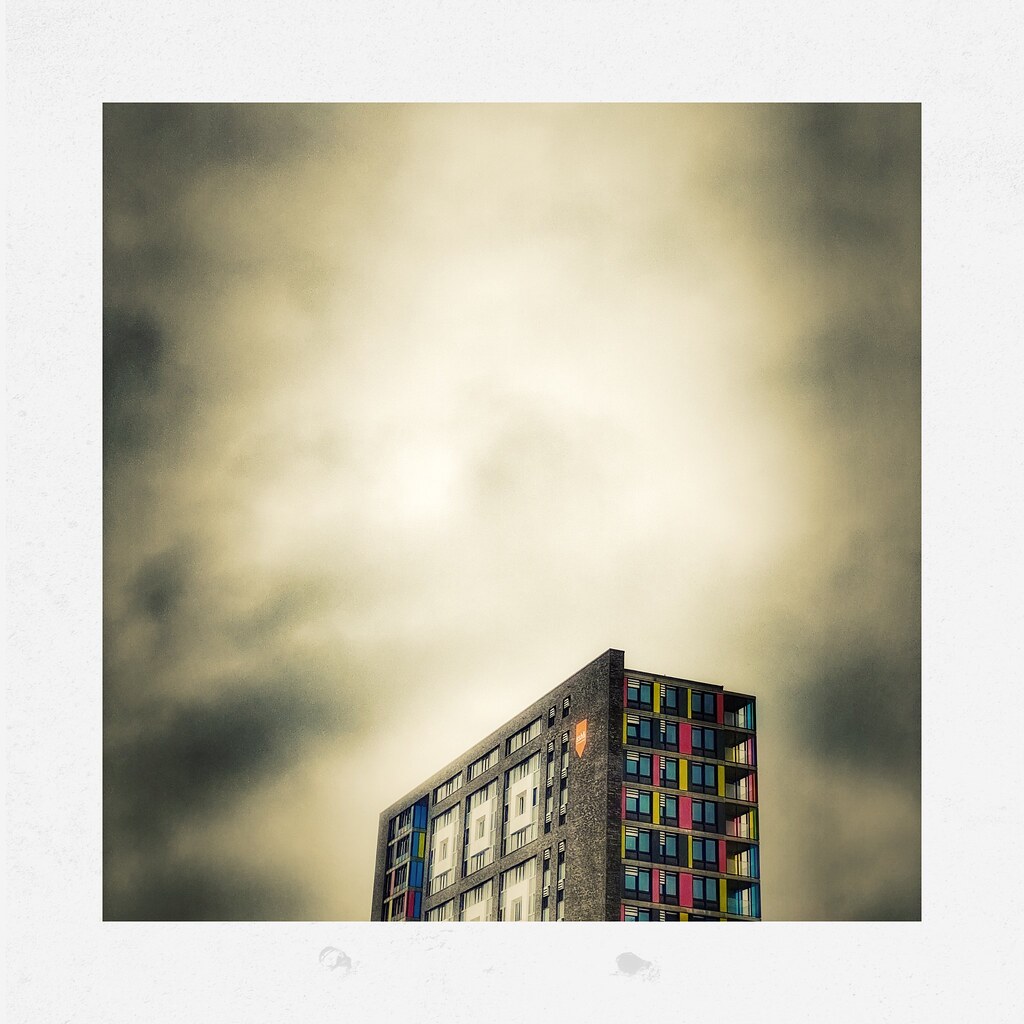 Distant pleasures by Tomaso Belloni
Apps used: I shot with the “zoom” camera on an iPhone 11 pro max using the default camera app, then edited with Snapseed and with Hipstamatic (Vicuña CL Lens, Bream Film and Laser Lemon Gel Flash).
Backstory: II was heading to the train station in Nijmegen, the Netherlands, under the rain, looking for unlikely photo opportunities before moving on to the airport, when I saw the way to frame this building, which had eluded me on the way from the station two days earlier. Gloomy to the right point. 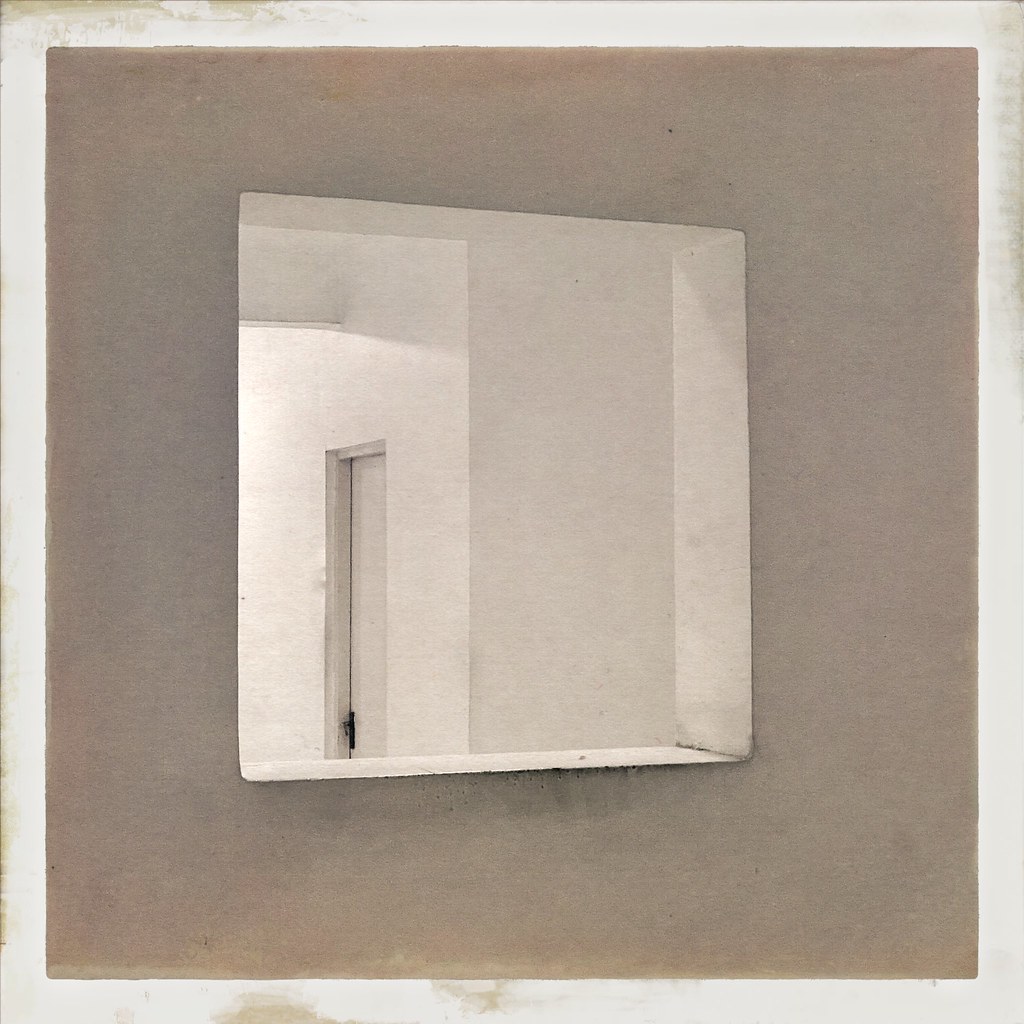 Old times by Tomaso Belloni
Apps used: I shot with the “zoom” camera on an iPhone 11 pro max using the default camera app, then edited with Snapseed and with Hipstamatic (Hornbecker Lens and Uchitel 20 Film).
Backstory: The IUCAA complex in Pune, India, is an endless source of inspiration for photos. This view just needed the right angle and it was essentially already in black and white. 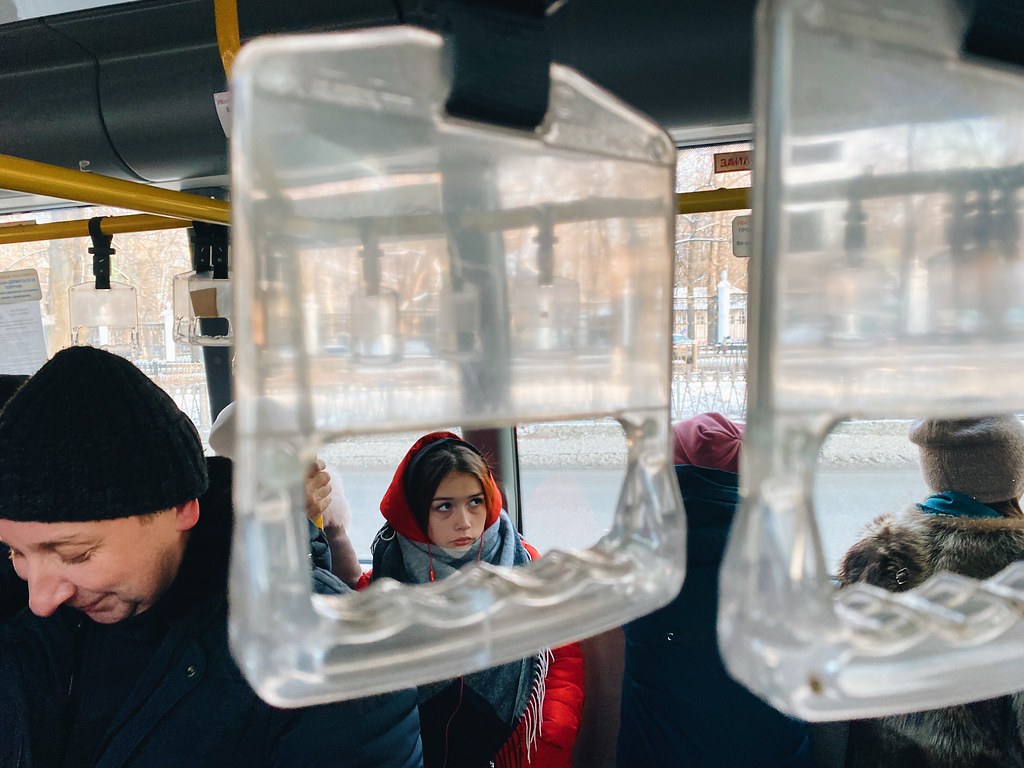 Untitled by Vladislav Niko
Apps used: Shot with iPhone11 and edited with VSCO; A6 filter
Backstory: The standard camera application in iPhone 11 was used.
It’s rare enough for me, but I have to use public transport. If I had a large camera with me – I would not even take this photograph, it would be awkward to point a large camera at a person. Thanks to the compactness of the iPhone, I held onto the handrail with one hand, and took pictures with the other. The bus was constantly shaking, it was difficult to hold the phone with one hand and try to successfully compose the frame, but the fifth – the final frame – was completely successful 🙂
Later I put my favorite A6 filter in the VSCO. 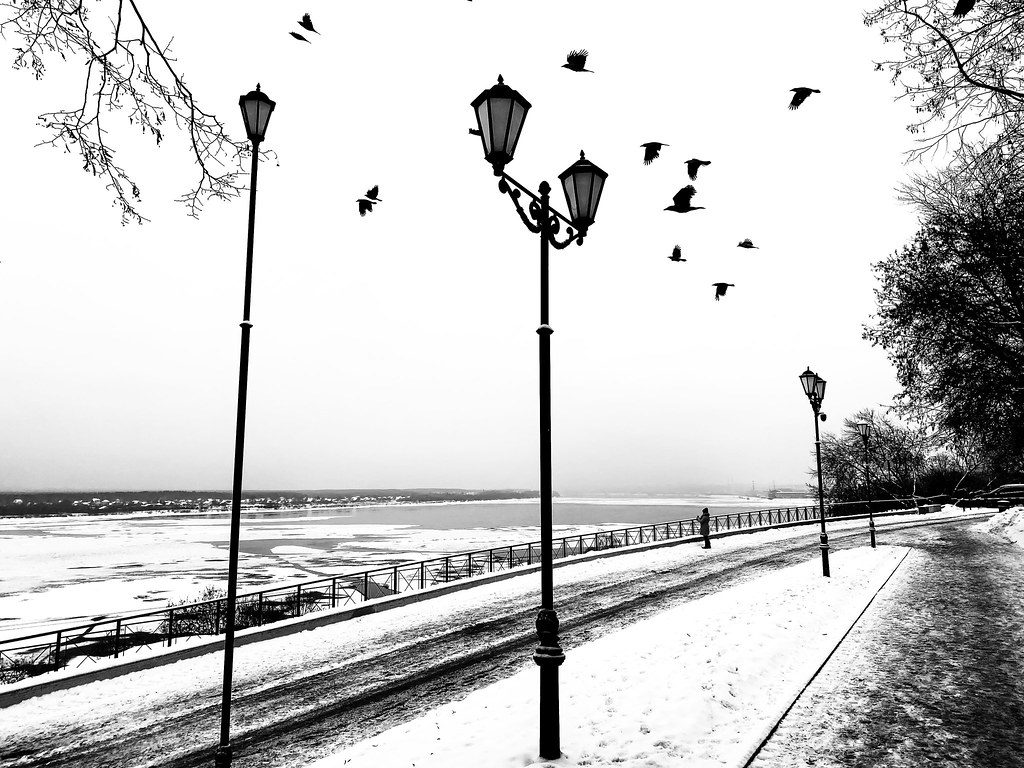 Untitled by Vladislav Niko
Apps used: Shot with iPhone11 and edited with Snapseed B&W filter.
The speed of the camera in the iPhone allows you to quickly respond to the changing situation around you. Initially, there were no birds in the frame, I took a photo with pillars and a girl in the background. But suddenly, the birds flew by – a few quick taps on the shutter release and in one of five frames – it was possible to clearly capture the moment of flight. Transferred to BW already through the Snapseed application. 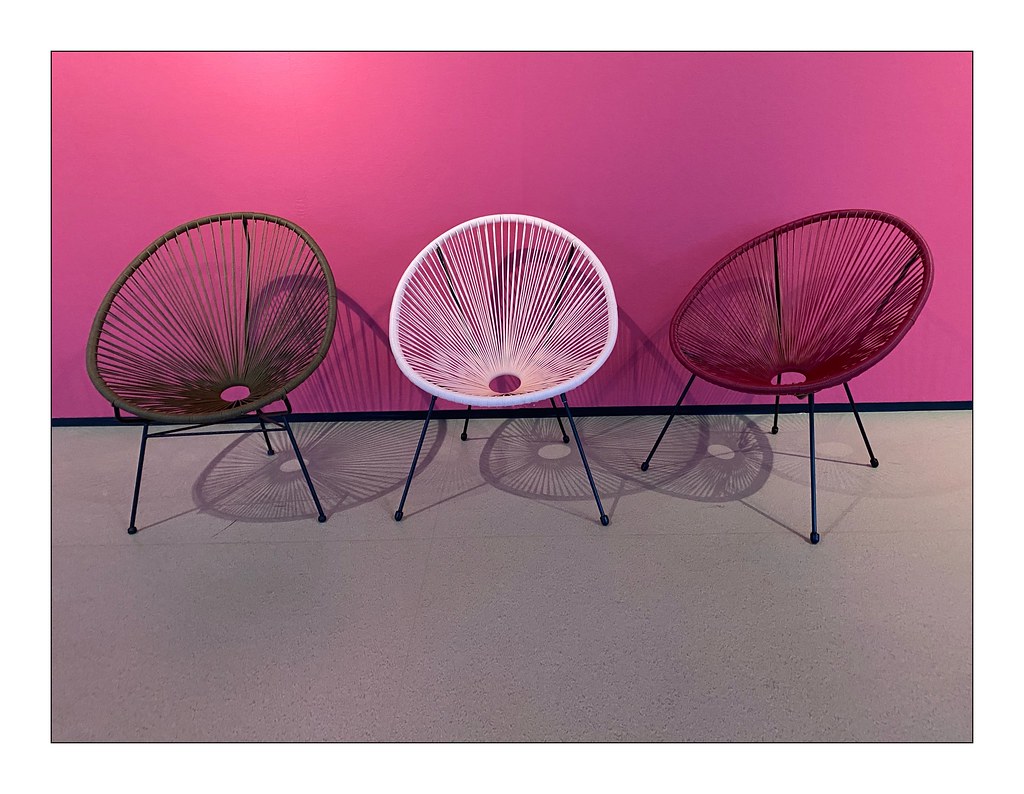 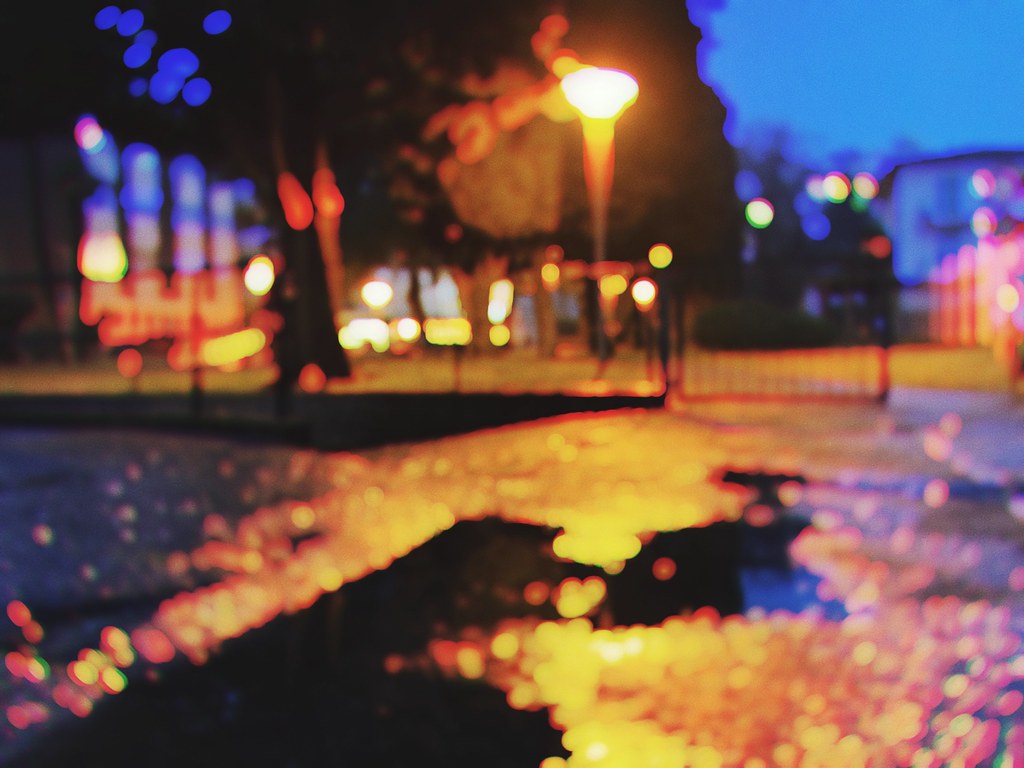 Apps used: iphone11 and GlassTiltShift
Backstory: For most people nightlights representing pleasant feelings and inspiration, the other hand for nocturnal animals they are irritating. One of the thought I had after the photo shoot in the park..

Cruising Memory Boulevard,
winter, dusk, the city lighting
itself against the night,
rain which fell all day
has moved off, but wind
still suffers through canyons
where buses pause in
their neon diesel aura, skids
and winos and wanderers and
highwaymen shuffling, eyes
downcast, each on a private quest,
sidewalks so cold and shadows so deep
and now moon appearing, shimmery
like a pool of bone; reflectance in passing
window glass of cars, flashes of red,
a bluish sedan, chartreuse, blurry,
some sadness as stars glimmer
a dull whine in the distance
perhaps the galaxy turning
on its rusty sprocket, city
of sorrows, city of secrets
as the angels atop St. Mark’s
Hope and Peace Church on
Troost Avenue rise silently
above the trees and rooftops
and drift slowly over the city
in search of the lost

Apps used: Photoshop Express, PicsArt, iColorama and Snapseed
Backstory: Because I live on a small farm in the rural Ozarks region of mid-America amidst hills, valleys and forests, a trip to Kansas City (a million population) is usually a little disconcerting — the hustle and bustle and noise make the city seem always in flux to me.  So, crossing a busy street in the downtown area, I just wanted to capture the sense of movement and slight blur in the cars and pedestrians with my IPhone 6s.  Later, looking at the city images, I selected this one to first adjust for color and contrast in Photoshop, then added some distortion effects with PicsArt, which I had been using for years with an Android phone — both the Caricature and Fisheye effect allow stretch and bend in selected areas.  IColorama provided some harder edges and and a slight painterly quality that often compliments the poems I write to accompany some of the images, then Snapseed’s Perspective adjustment added a vertigo feeling by compressing the buildings closer together.  The overcast sky was easy to darken and paint in some color effects I picked up from the buildings. I am still in primary school for learning IPhoneography, but the image, for me, evokes the urban experience.