This week’s Apps Uncovered presents a selection of images posted to our Flickr group over the last week, all of which suggest being alone and going it alone

This week’s lead artwork, “L’Hiver” by p.a. hamel is a created / composite shot that suggests a sojourner overawed (and alone) as she looks at the daunting open expanse of ice before her.

Apps used: iPhones,SuperimposeX and Decim8
BackStory : The cold came very early this year. After a lull, it came back in force. It is this relationship with the cold that I wanted to illustrate with these 2 photos taken with IPhones. A frozen lake becomes a northern landscape in Decim8. A young girl waiting for a bus has been integrated into the image with SuperimposeX. She seems resigned and awed at the same time. Her clothes are reminiscent of the inhabitants of the Far North who had to adapt to these frozen expanses.

At the going down of the sun … by Andrew Mcnaughton

Apps used and backstory: This was a standard iPhone panorama photo. We were at Peggy’s Cove. In the restaurant before the sun started to go down. There wherever log of people milling around for the spectacle and to take photos. I just had had iPhone with me. I took a number of photos that evening using live noto effects and iPhone filters. This panorama was grabbed when there was a gap in the crowd. Pure luck. I didn’t need to do much to the image at all. Slightly cropped from memory. That’s it. Light and timing the magic ingredients. 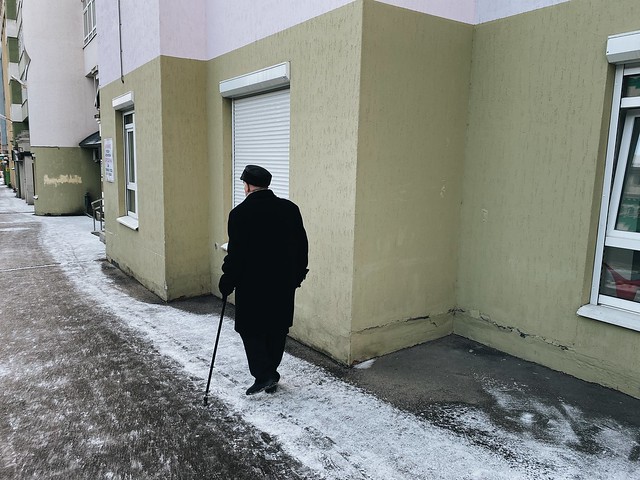 Apps used and backstory: I like taking pictures on the iPhone. The camera phone is always with you, at any given time. So on this day, I was not going to take pictures at all, the phone was in the inner pocket of my winter jacket. Passing by a multi-storey building, I saw a man slowly but surely walking along the wall. The color of the house and the clothes of the mysterious stranger impressed me. This color, this contrast, the depth of black, the silhouette of the body. A couple of seconds – and the phone is in my hands, another couple of seconds – and the photo is ready. Later, imposed an A6 filter in the VSCO. Camera: iPhone 11. 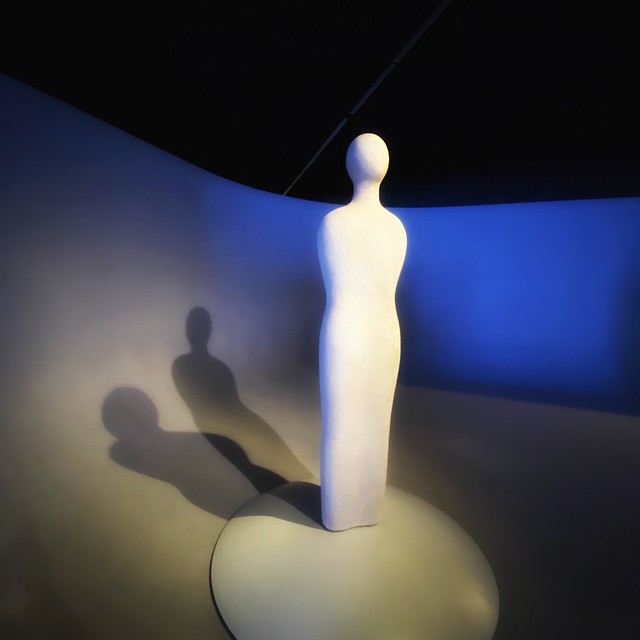 Or else by Tomaso Belloni

App used: I shot with the wide angle camera on an iPhone 11 pro max and edited in Snapseed.
Backstory: Two trips one after the other, hundreds of photos, just as I am rushing out of the airport to catch a train home I see this exhibit with a few tall statues. I register the shadows only after a few steps, I shamelessly enter the display area and I see the composition I want. One figure, two shadows and a gloomy background.. 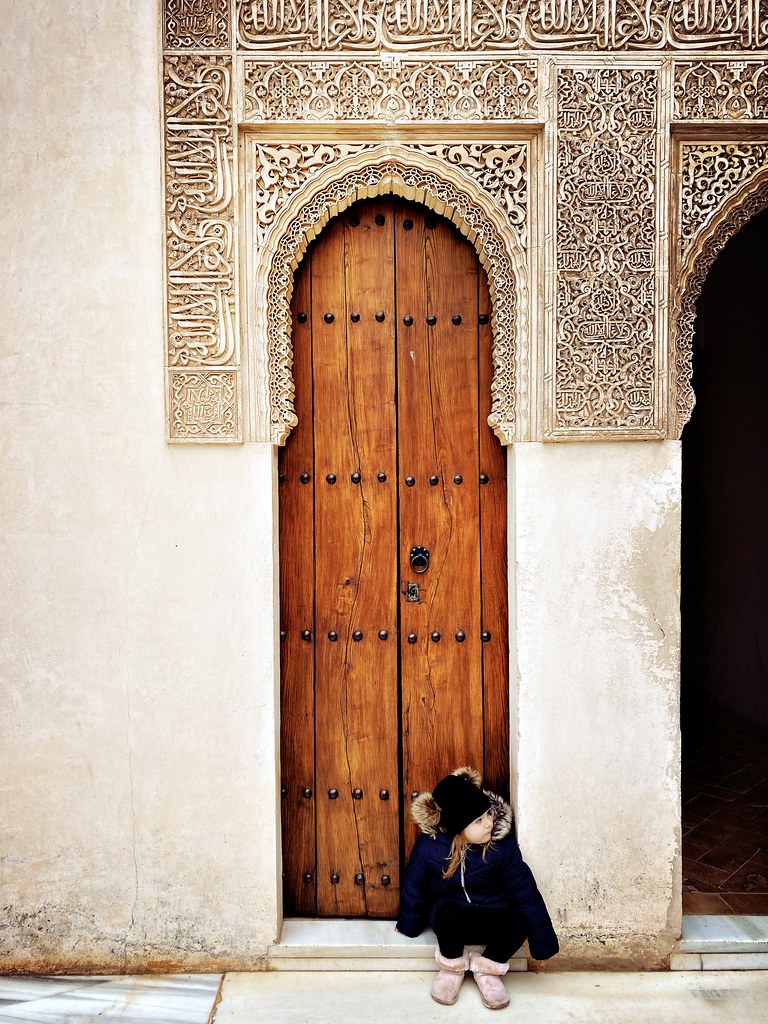 The Alhambra, Granada by Lydia Cassatt

Apps used and backstory: I took this photo with my new iPhone 11Pro Max and edited with the Hipstamatic app. I was fortunate to catch this little child, clearly tired of walking through the Alhambra, taking a break in one of the beautiful doorways at the palace. 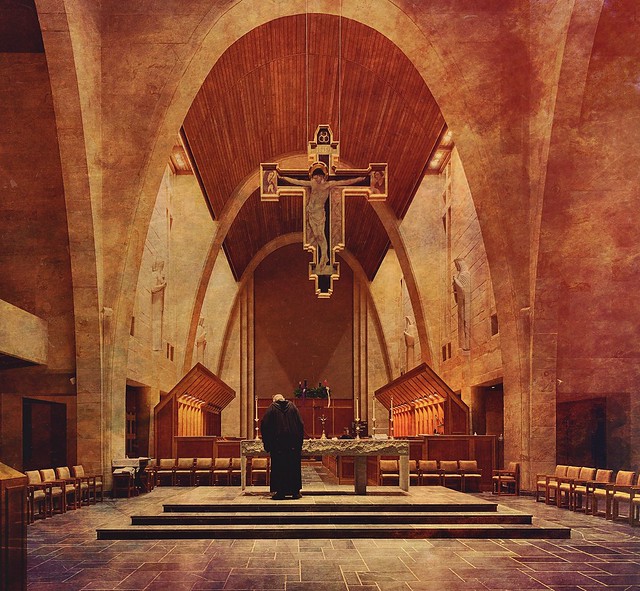 Preparing for Mass by Steven Gordon

Apps used and backstory: At St. Bernard Abbey in Cullman, Alabama, a Sacristan begins preparing the altar for the evening Mass.

Recently, I had some quiet time that I spent in the abbey church. As the Sacristan was beginning to prepare the altar for evening Mass I moved to my seat and I saw an excellent photo waiting to be taken. With a little stealth, I got out my iPhone 11. The picture was snapped quickly, using the native Camera app and its 1x lens, without more than a second or two of set-up, to avoid distracting anyone.

When I returned home, I edited the image with the Photos app. The shadows were brightened a little and I applied 25% Definition to increase contrast.

To experiment with the image, I opened it in Mextures and applied a formula I had created several years ago. Coincidentally, I created this formula at a monastery near Nashville. It’s called St. Cecilia’s Trees and employs Mexture’s Forestry, Decay, Mulberry, and 1992 textures.

Once the image was exported from Mextures back into the Photos app, I edited in Photos again, brightening it a little.

Interestingly, despite my brightening the image, the iPhone did marvels with the low level of light in this building, just as dusk was falling outside. It’s a testament to Apple’s continuing development of their camera hardware and software. 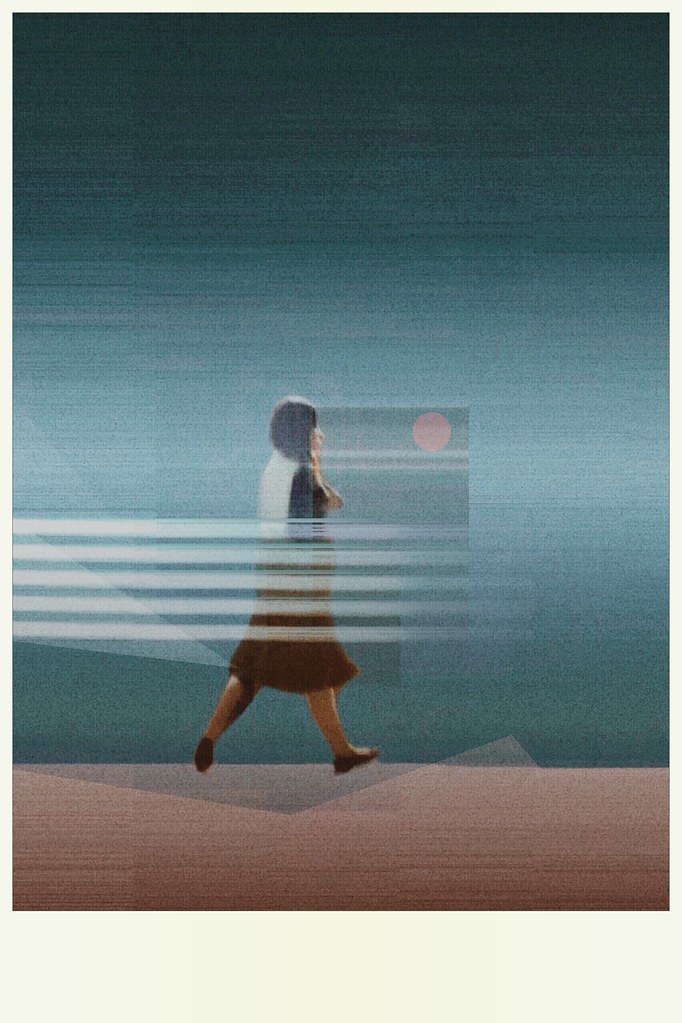 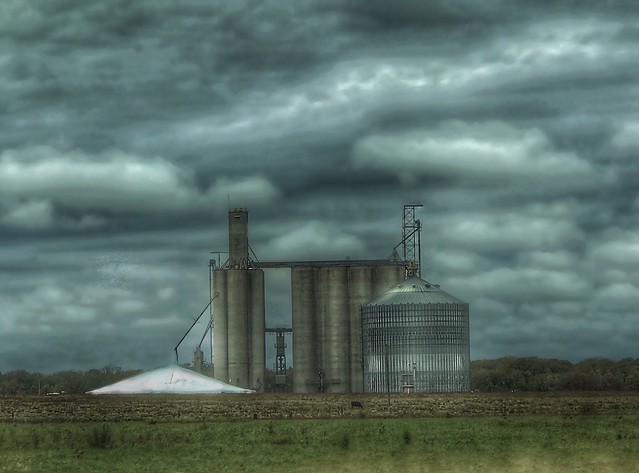 Apps used and backstory: Mesmerizing, ominous…some sort of invasion in our fields….only the cow seems oblivious to their looming presence. The scene caught my eye on a road trip through rural Missouri. Edited using Snapseed and Touch-Retouch. 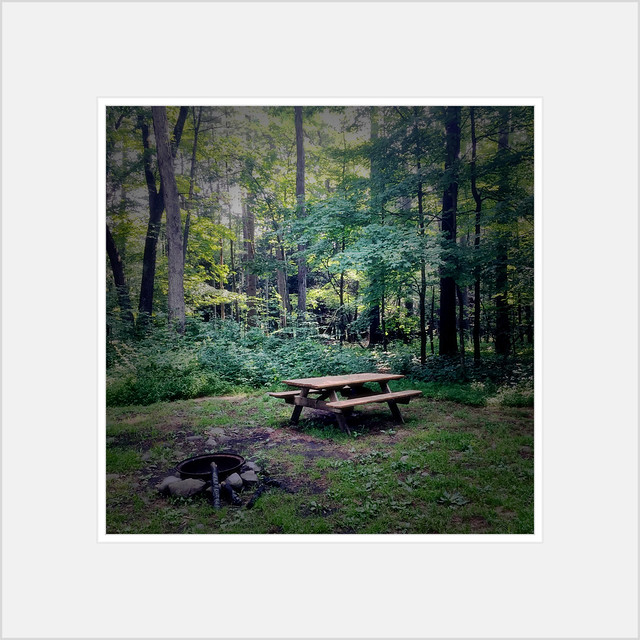 camp in the Pennsylvania woods by deanwgd608

Apps used and backstory: The photo was taken with an iPhone 6 and processed with the Camera + app. I was spending a weekend in the Poconos and stopped in to a nearby store which happened to be in a campground. I decided to wander around since I’d never been camping or to a campground I came upon a interesting clearing The light and the elements were right.