Create a painterly winter image: “Snow Fall”
In 2012, I posted a tutorial where I used iColorama to create an Escher-like abstract. Since then, iColorama’s developer, Teresita Alonso Garit, continues to make her app better and better. (This is one app that if you don’t already have, you will want to pick it up!)
It was several weeks before Christmas that I grabbed a couple quick shots of a vacant lot near where I live. We had a little snow fall the day before so there was a bit of snow on the ground  and on the fallen brush in the woods behind the field.
As you can see from this opening shot, this landscape offered a lot of potential! Sort of like seeing a diamond in the rough. Which is why I turned to iColorama for its painterly effects.

After opening the image in iColorama, I decided that it needed some cropping. I clicked on “Form” (A), and then “Crop” (B). I like the aspect ratio of the original so I kept this and just went to the “heart” of the image.  Hitting “Apply” (C), I put the crop into place, ready for the next step!

Going to “Style” (A) and then “Simplify” (B), I was able to knock back the detail a bit, giving the image the beginnings of that painterly look I was after. Hitting “Apply” (C), I moved to the next layer! 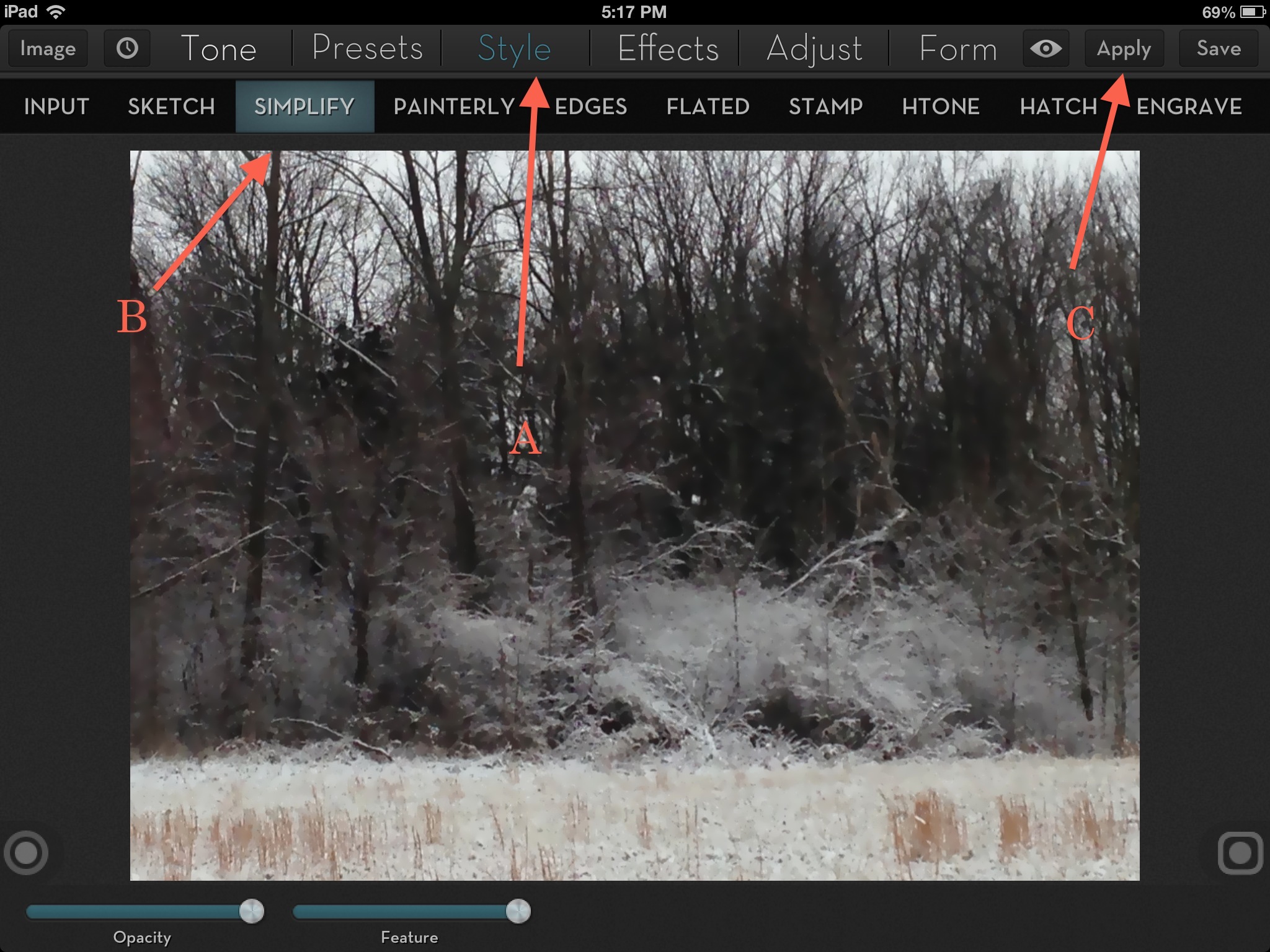 Now here is where iColorama really shows its stuff! Clicking on “Presets” (A), I chose “Tint” (B). I then brought up its Preset menu (C) and picked 13/17. Playing with the blending modes (D), I decided on “Overlay” and then moved over to “Opacity” (E) and adjusted this as shown. This all taken care of, I clicked on “Apply” (F)…and moved on! 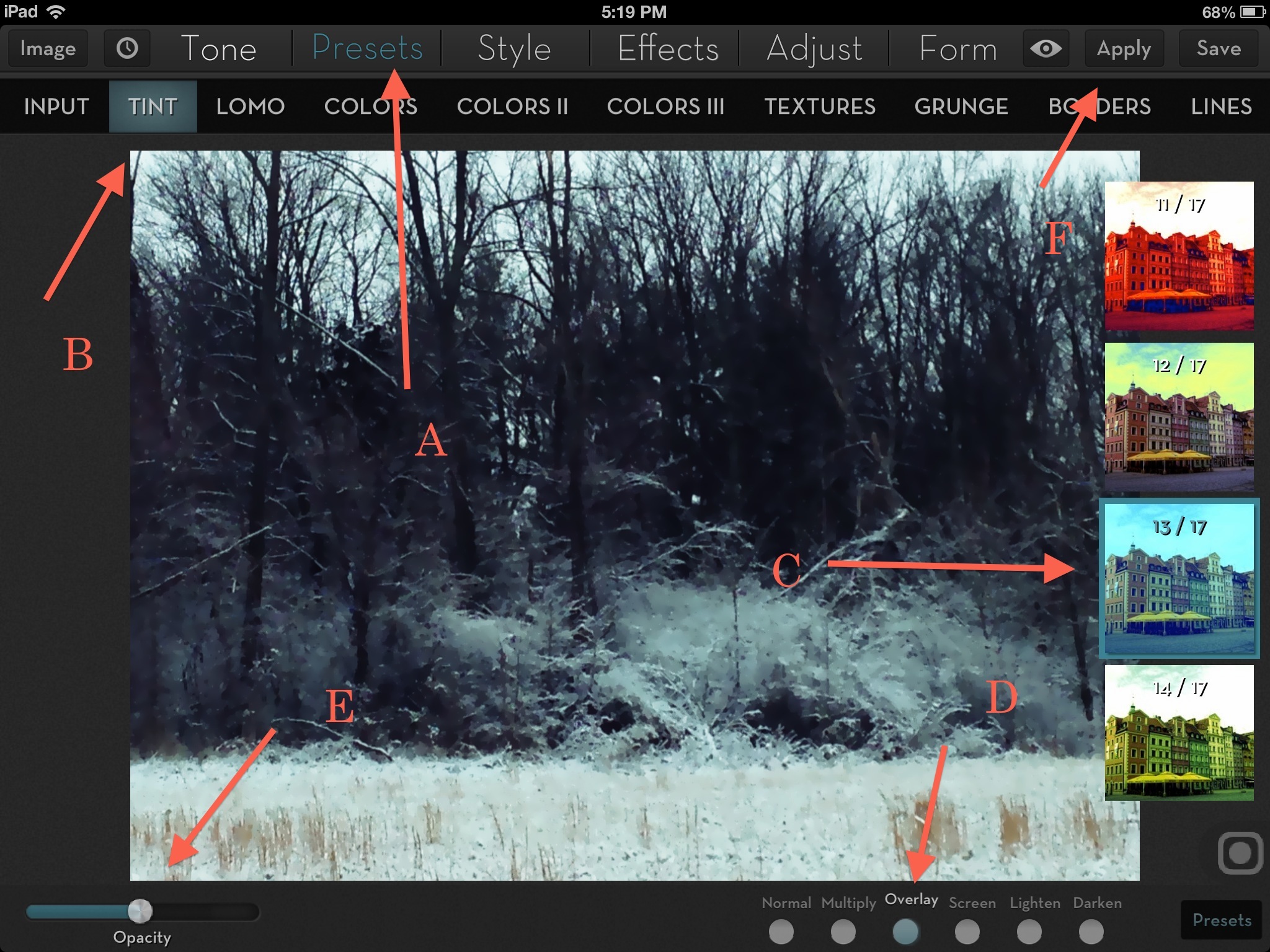 Time to make the image SNAP. Turning to “Adjust” (A), I chose “High” (B) and then its preset 1/4 (C). Using the slider bars in the bottom left corner, I also “adjusted” the Opacity and Feature (D) of the image. And yes, I clicked “Apply”. 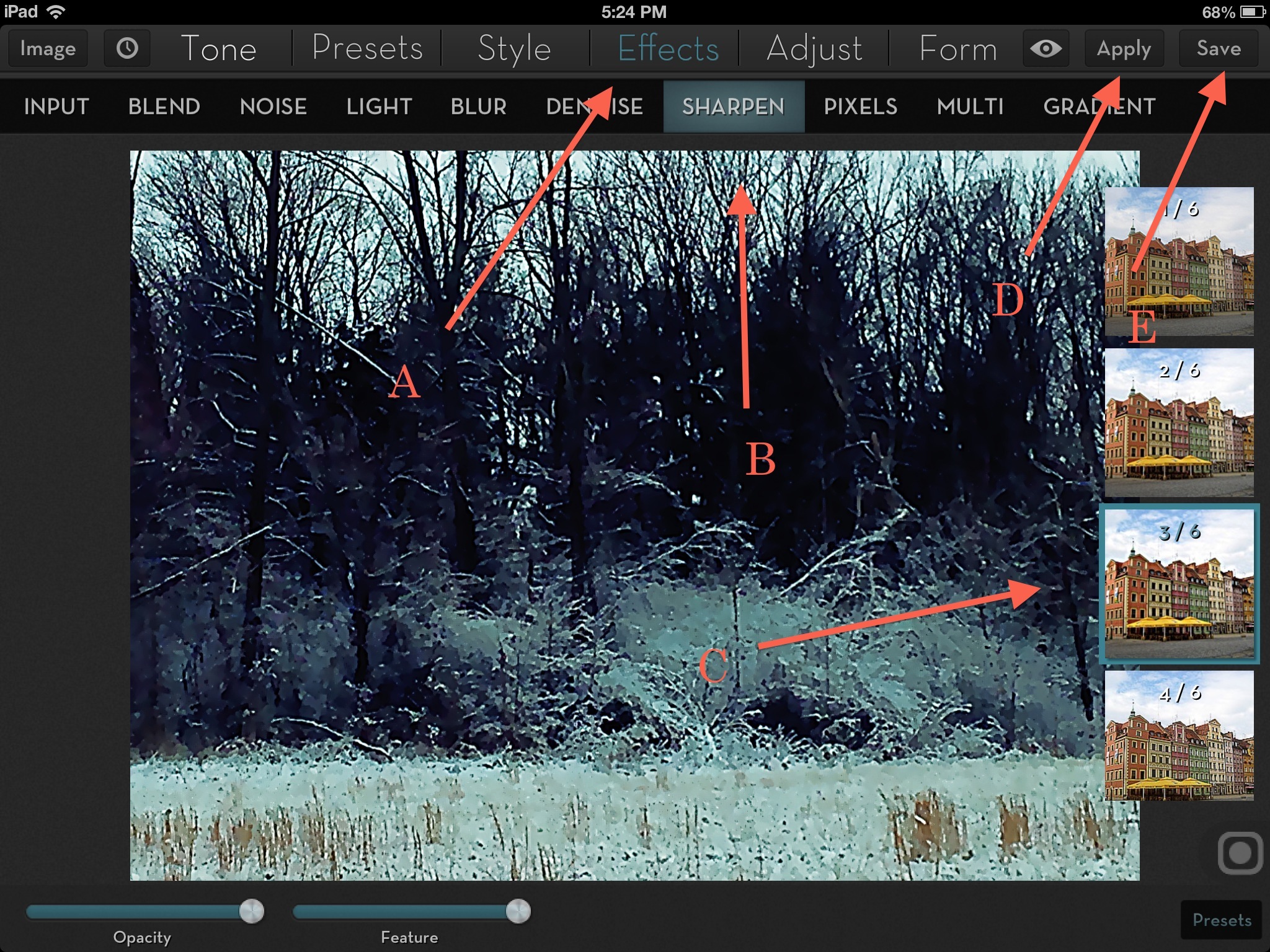 Here’s a look at my finished image, “Snow Fall”. Certainly is different than the beginning landscape! 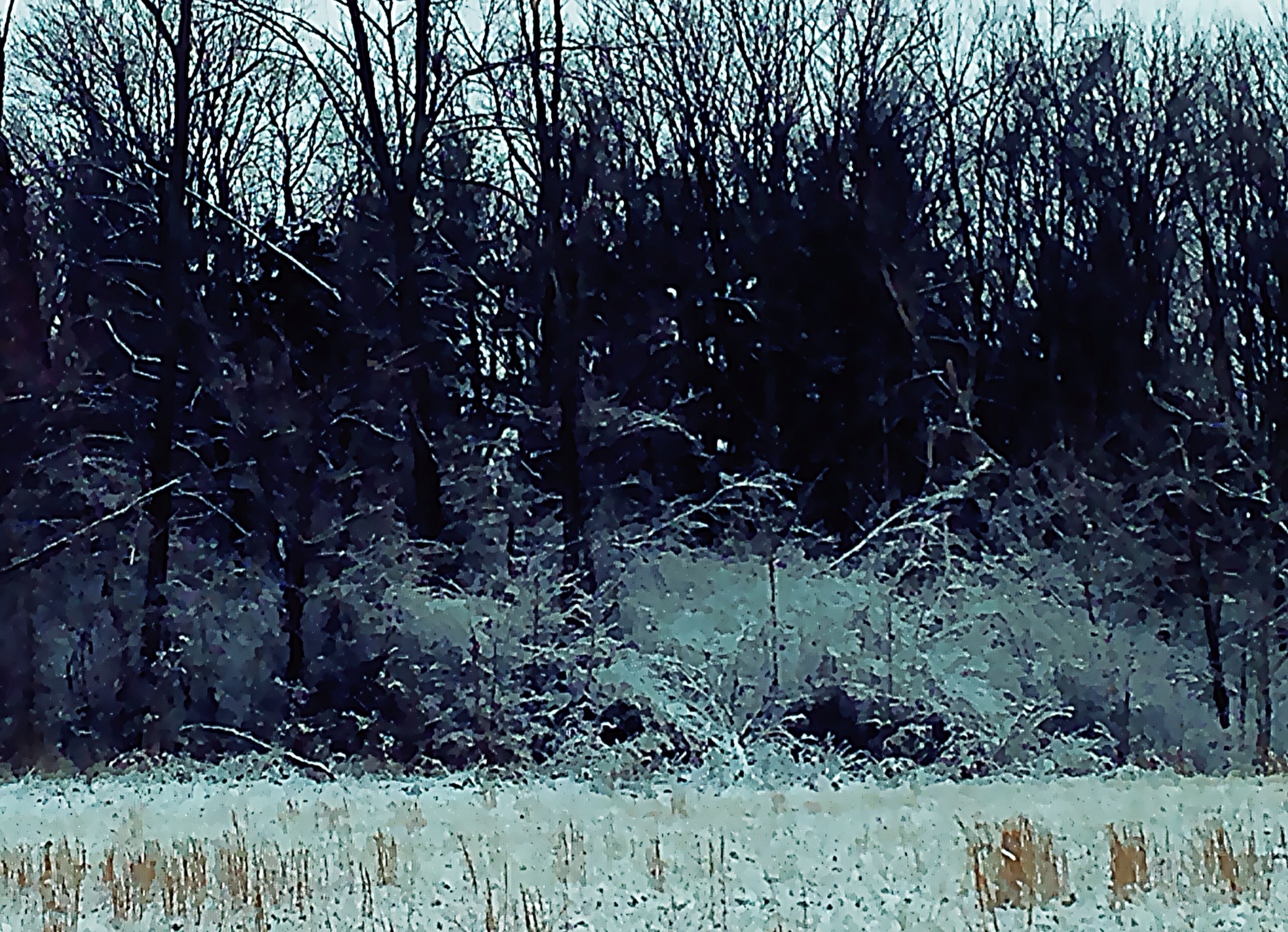