Welcome to this week’s Apps Uncovered with another stunning selection of iPhone art and photography. Andy Chapman steals the lead image this week with his beautifully captured solitary figures pounding the pavement alongside the Thames on the South Bank, London. I love the way that all these people are together, yet separate with almost equal amounts of space around them. There is a wonderful rhythm in this image emphasised by the repeating lights leading you into the photograph from left to right. The figures keep your eye moving around the image and the beautiful tones and texture hold it all together.

Thank you all for sharing your wonderful images this year and I look forward to see what you will share with us in the coming year. I wish you all a fabulous holiday and brilliant New Year! 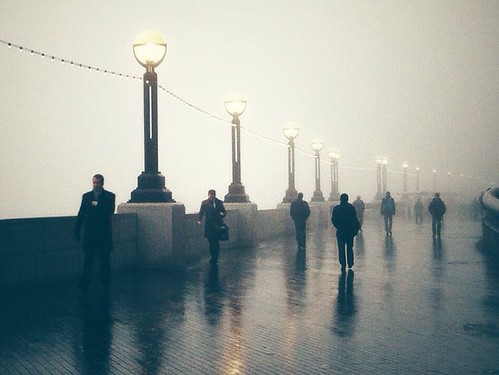 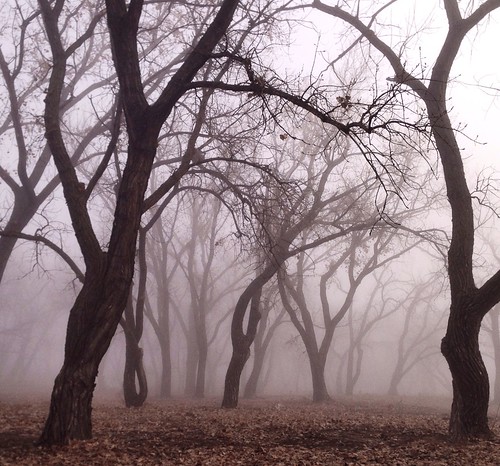 Backstory: I shot this with Camera 645. It was edited with Snapseed and VSCOcam. It’s very unusual to have thick fog around here. So I was determined to get a few good shots. That same day my mother was admitted to the hospital. Over the next week I would work on them in waiting rooms. When my mom passed away, for some reason , this is the one I wanted to post. There is , I think , a sense of sadness ,mystery and ultimately ,hope. 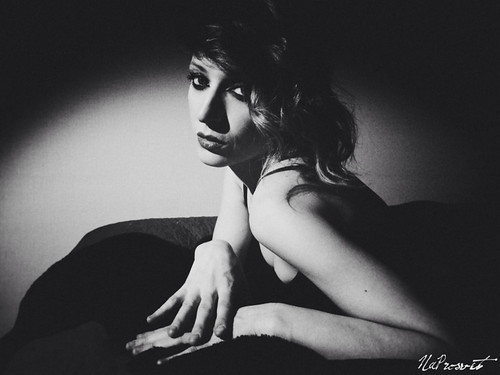 With just one glance 2 by Natali Prosvet

With just one glance – “Stop Whispering” series
Apps Used: native iPcamera, CameraBag
Backstory: A couple weeks ago I’ve told the background story of this shooting.(Apps Uncovered 29 November 2013)
It was my first shooting with this model. Unfortunately I didn’t set a formal date, so the date had been set spontaneously and I had no opportunity to get ready for it (technically).
It was an overcast day and it should be noted, that it was the shooting not in a studio, so I had just a dim light in the apartment. I have not seen a better way than the chance to take advantage of a small Ikea spot-lamp. You can see the areol light on the wall behind the model. It was the good solution for me.
This image is included in my “Stop Whispering” series: www.iphoneart.com/users/2044/series/4959 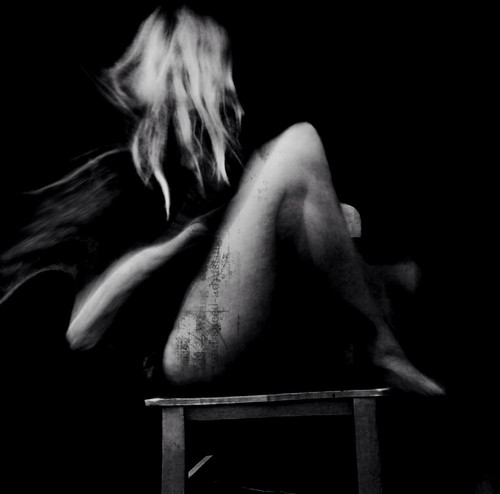 Apps used: I took this photo with SlowShutter Camera and used the BWLab, Blender, FaceTune and Snapseed to process it.

In the cold light by Jay Harvey

Background: I was driving home, my mind on the days work done and generally day dreaming when in front of me this scene developed.
There was a bank of freezing fog up ahead which was silhouetting the road and trees to my left. Wow that would make a great shot I thought.

Que mad scramble for iPhone which was charging, furious one hand thumb action to open the camera and with phone held at arms length pressed up against the windscreen fired of five shots. This was the best shot.
Edited in Snapseed, sharpness19, structure 5. Then into Filterstorm, B&W conversion, selected contrast boost on trees and crop to lead the eye with the railings.
Finally into lens light to add beam of light from top of trees to highlight and add drama to the scene. 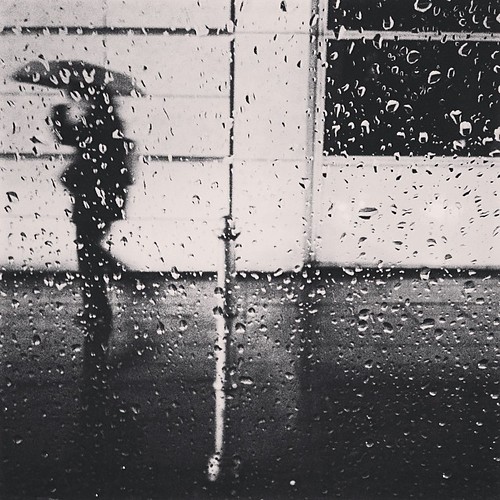 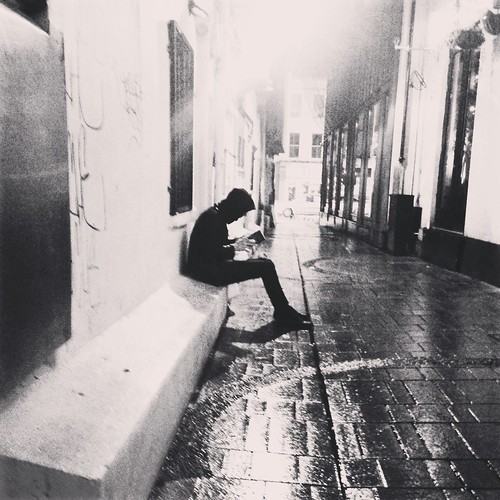 Backstory: I was out on a photo walk in Cork city centre when I came across this striking figure who was sat reading a book in one of the city’s lanes. It was a wet evening, but he did not seem to mind at all. He was totally engrossed in his book. Sometimes shots just appear for you.
Later, I used Snapseed for some work on the contrast and then posted it on Instagram.

The Mist by Manuele Sangalli

I was walking in Padua in a foggy day.
Apps Used: Taken with an iPhone 5 with PureShot – edited with Mextures and Perspective Correct 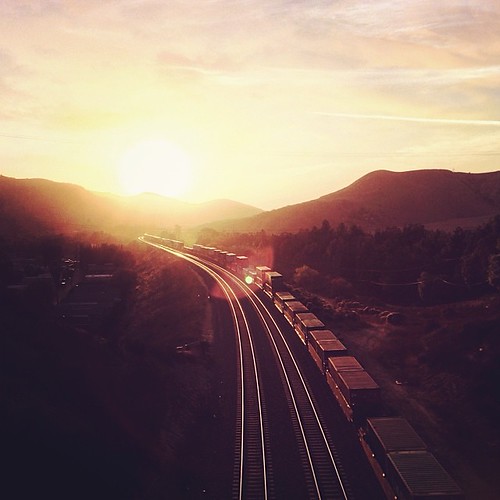 Taken with my iPhone
What originally caught my eye was the bright highlights on the tracks which I saw while driving. So of course I had to pull my car over, get out and really take a moment to compose the scene. It took me several snaps before I was happy with the composition because I wanted to get an angle on the train where it looked like the train curved right into the big bright sun.
Apps used: Snapseed & VSCOcam

Backstory:
Swans are beautiful, elegant creatures, but I love them even more when they are angry and fluffed up like this one. This swan was chasing an intruder swan. The water was calm on that day with great reflections so I waited there until the swan passed by the little island and took this shot. 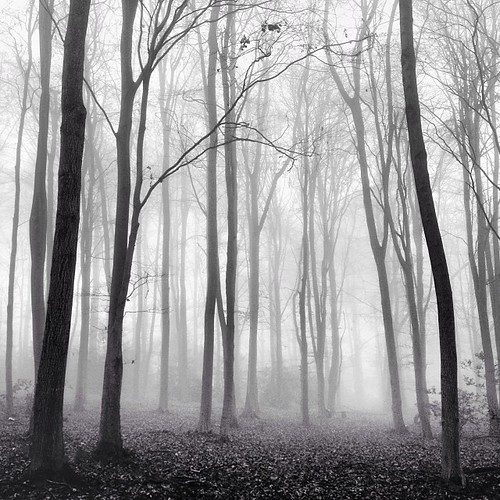 This particular shot was taken recently as I was taking advantage of some foggy conditions which tend to be quite rare where I live here in St Albans, Hertfordshire in the UK. During the morning i was inspired to try out a few different woodland locations and a few different black and white camera apps I found that most of the black and white shots I took added a nice subtle effect to the foggy conditions adding some depth to the shots. 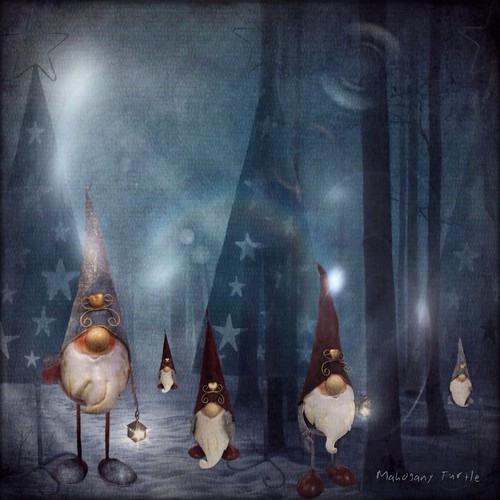 Apps and iOS devices used: iPhone5s and iPad with the following apps to edit: Juxtaposer, ImageBlender, Photocopier, PicGrunger and Pixlromatic