Urban distractions emerged as this week’s theme. Unbeknown to me, at the time of making selections, I chose 6 images from the same photographer (I don’t look at the photographer or artist’s name when choosing each week), a name you will recognise if you follow Apps Uncovered regularly: the eagle-eyed Italian based iPhoneographer Tomaso Belloni (AKA tmbx). Thanks Tomaso for your excellent observations and abstractions of your built environment. Always a pleasure to feature your distinctive work.

Latest iPhone & iPad mobile art classes
If you’d like to learn more about creating art from photos on an iPhone or iPad using apps like Snapseed, Procreate and Superimpose X you might like my new iPhone art video classes.

Get the latest news 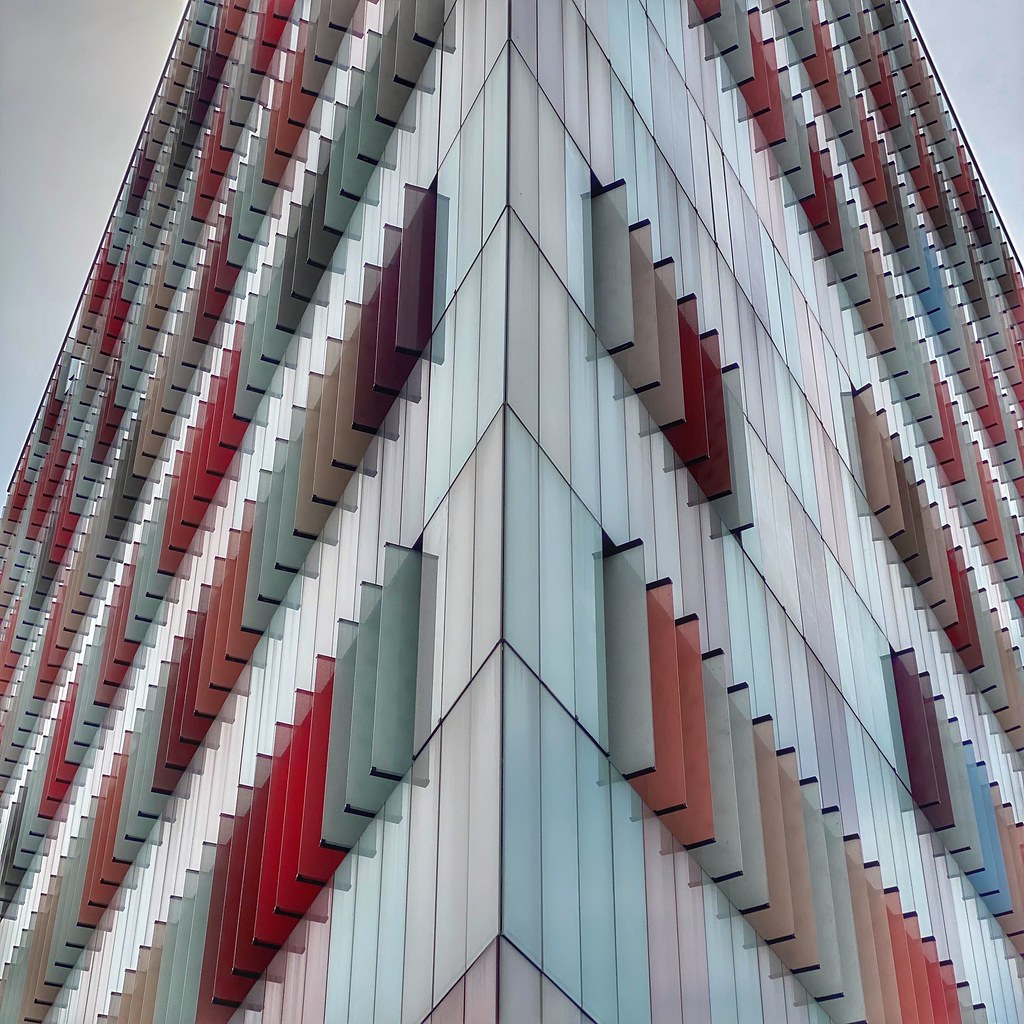 Apps used: I shot with the default camera app on an iPhone 11pro max (zoom lens) and edited in Snapseed.

Backstory: This building in Milan is always worth a visit. I have no idea how of it is inside, it looks like it could be a nightmare, but outside it’s a beauty. The weather was not good and it was a working day, so many “windows” were open. This was a good angle for the zoom camera on my iphone. 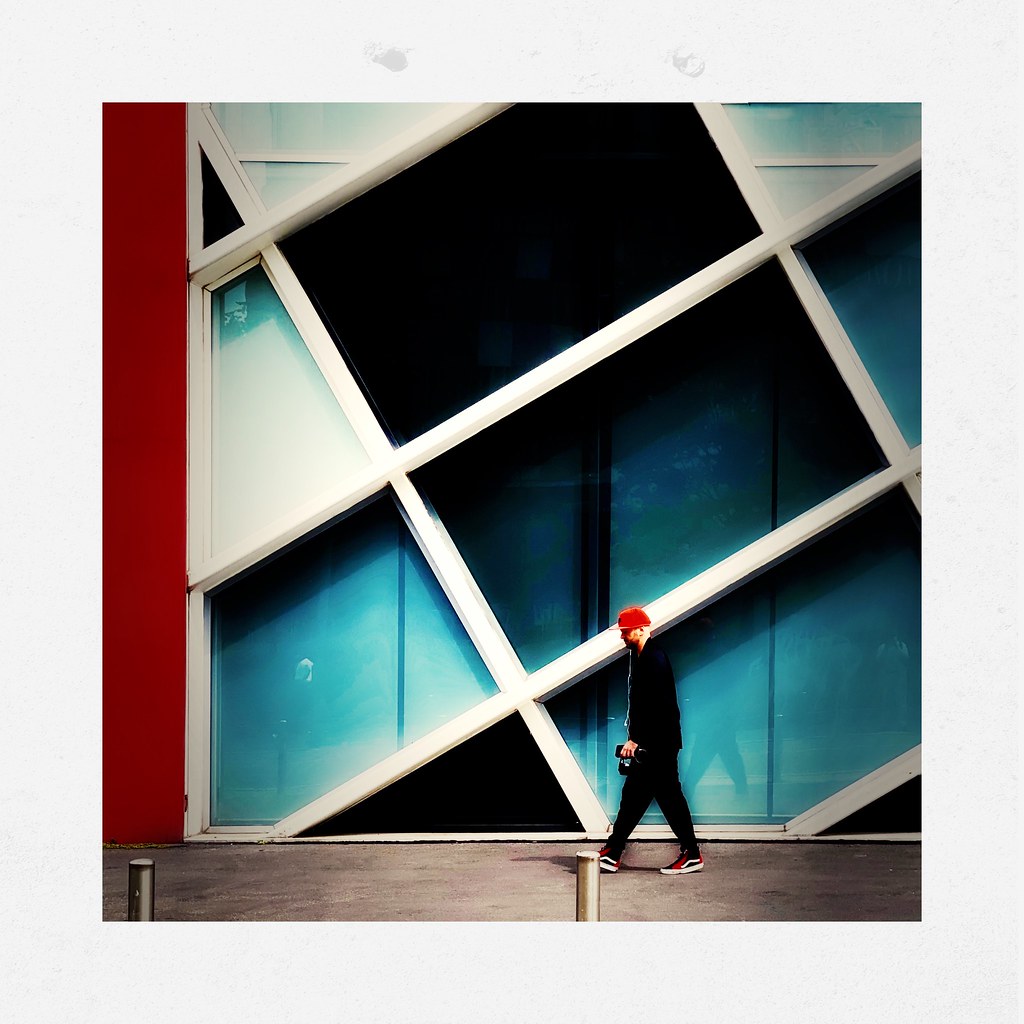 Up and down by tmbx (Tomaso Belloni)

Apps used: I shot with the default camera app on an iPhone 11pro max (zoom lens) and edited in Snapseed and in Hipstamatic (Vicuña CL Lens and Bream Film).

Backstory: Luck favors the prepared. I wanted to shoot this building and this unlikely character passed in front of it, with a red cap and red shoes. However, I did not have time to shoot before he moved away, so I missed the shot. It turned out he was one of those people who cannot stay still while talking on a mobile phone and he was pacing up and down the building. I did not miss the second passage. 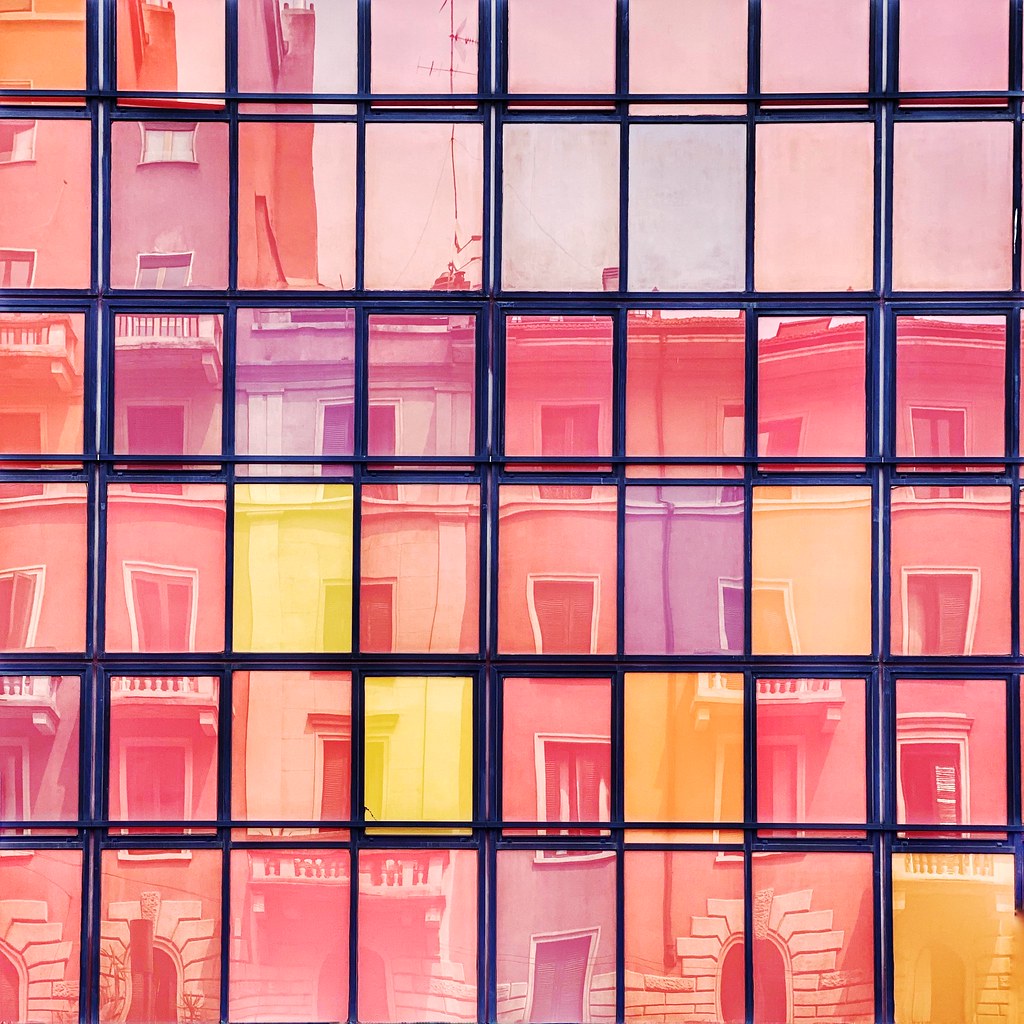 Apps used: I shot with the default camera app on an iPhone 11pro max (zoom lens) and edited in Snapseed.

Backstory: Who can see a building like this, which includes other sections with different colors, without stopping to take some photos? Then I saw the reflection was just perfect. Two faces of the same city in a yellow and red attire. 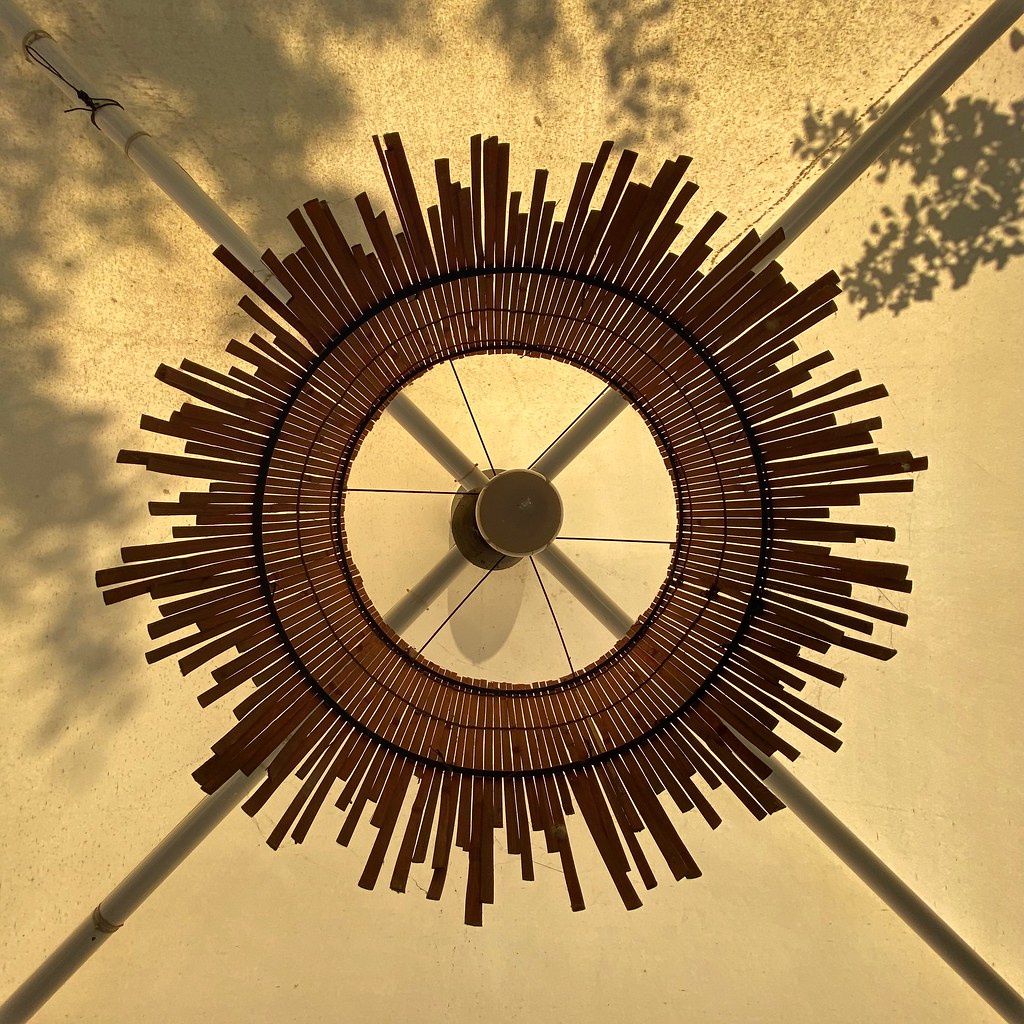 The wait by tmbx (Tomaso Belloni)

Apps used: I shot with the default camera app on an iPhone 11pro max (wide-angle lens) and edited very minimally in Snapseed.

Backstory: Some relaxing post-lockdown time outside a cafè enjoying great weather and a cappuccino, but always looking for photo opportunity. Then looking up I see this lamp hanging from the plastic roof. It’s cylindrical, but a perfect target for the wide-field camera of my phone. I just needed to position myself just below it. It took a while because I could not align the shot, then I realized that it was the lightbulb that was inclined. To me it looks like a mix between science fiction and native-american art. 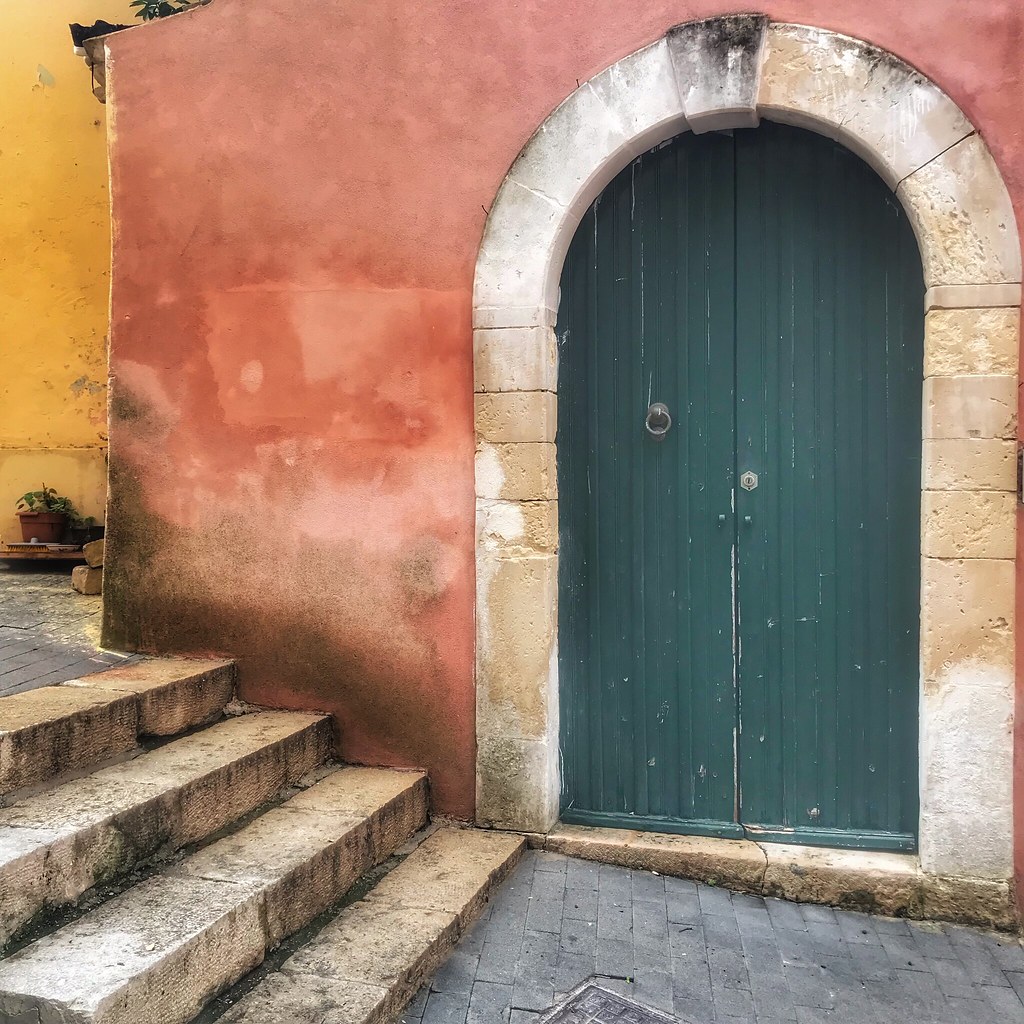 Under every angle by tmbx (Tomaso Belloni)

Apps used: I shot with the default camera app on an iPhone 7plus and edited in Snapseed.

Backstory: An old photo from Sicily, way before the covid-19 lockdown. The colors and the diagonal lines gave a very good impression of this little known inland town. 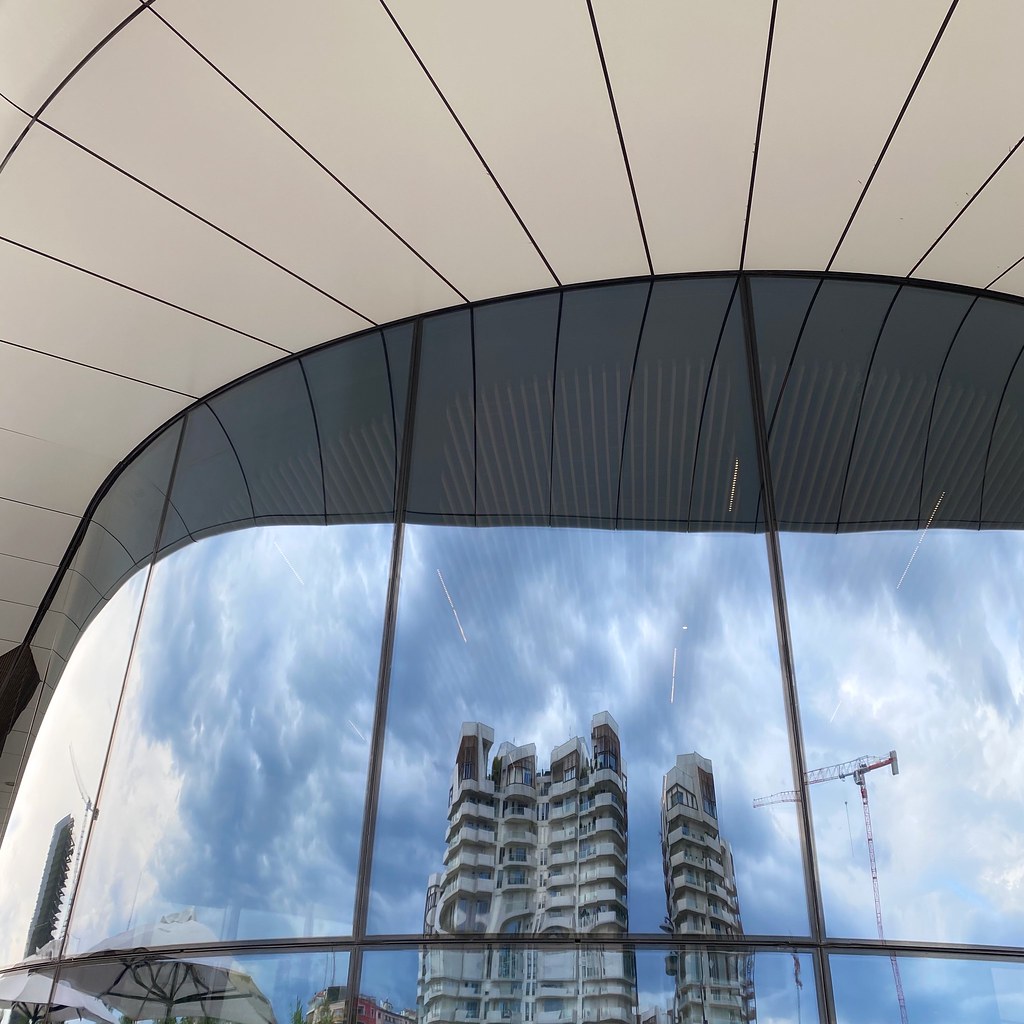 Apps used: I shot with the default camera app on an iPhone 11pro max and edited in Snapseed.

Backstory: The citylife complex in Milan is an endless source of inspiration. Impending storm, great architecture by Zaha Hadid and reflection are always a good combination. I found this view charmingly disturbing, hence the title. 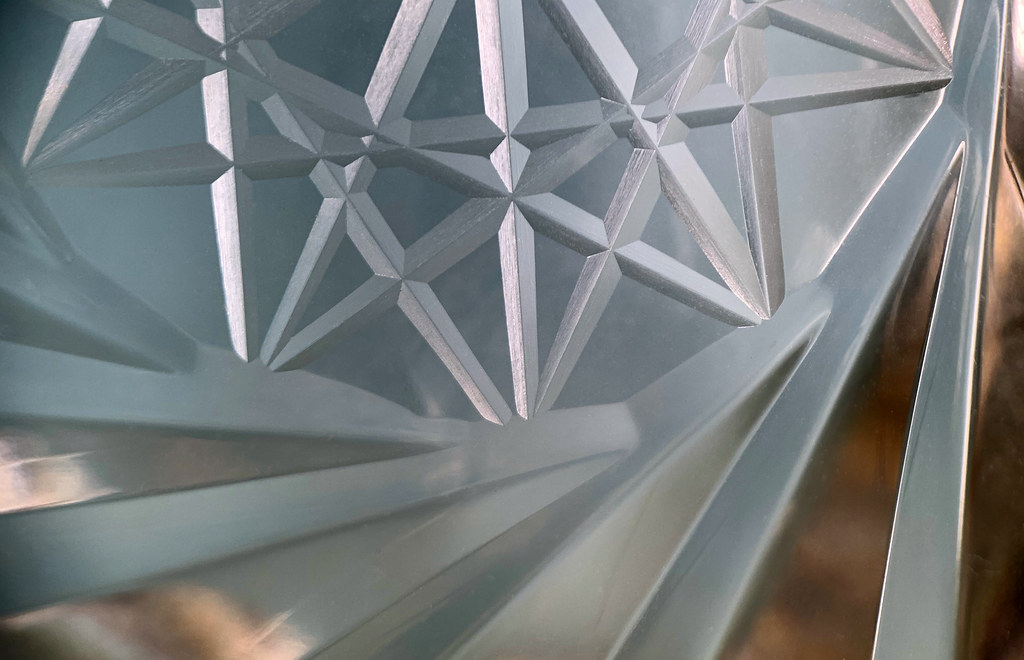 Apps used & Backstory: Looking for ways to get the creative juices going during the pandemic i am looking at ordinary items in a different ways. Armed with an iPhone XS and Sandmarc Macro Lens I shot this close up of a glass ash tray turned on its side with reflected blue light.
No post production, only minor cropping. 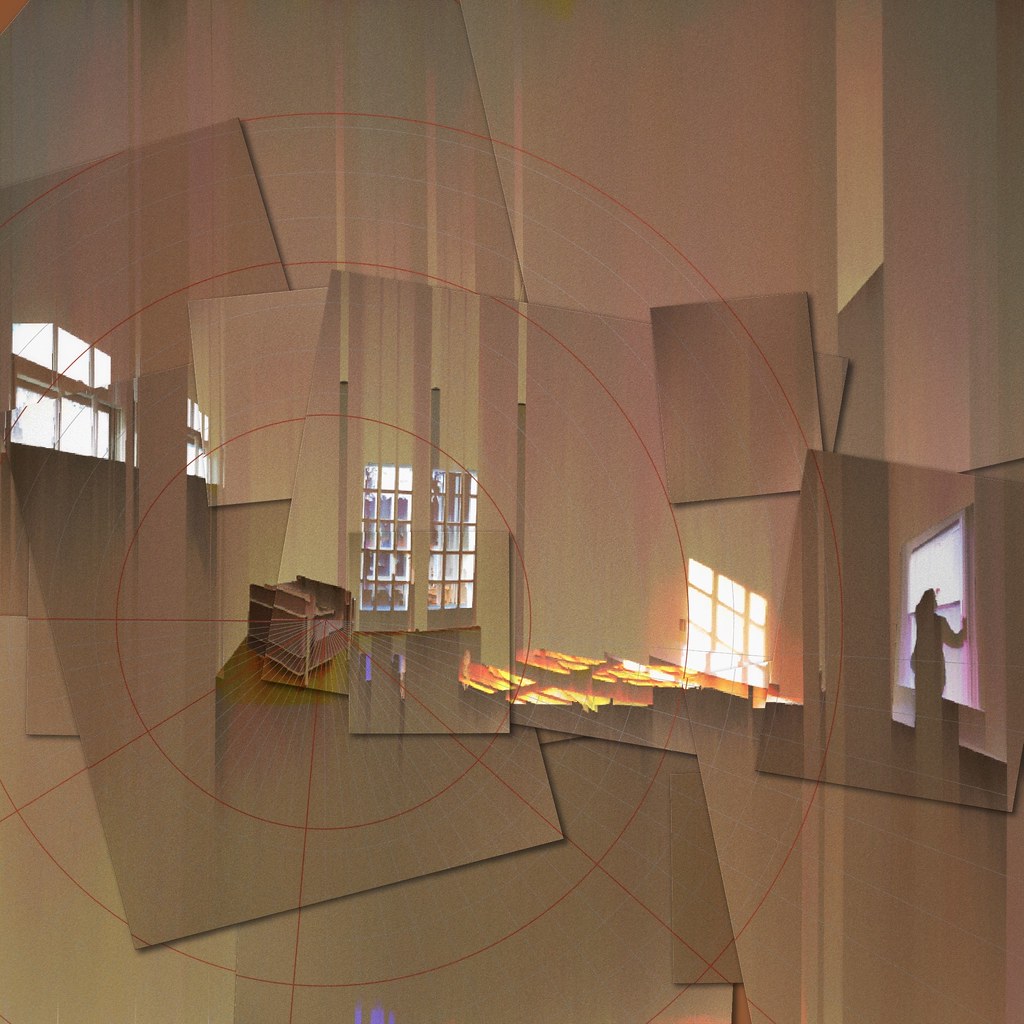 From Within by catcad (Catherine Caddigan)

Backstory: This photo was shot as a pano on my iPhone and was in my camera roll. It’s a shot of a room in my house that was empty during renovations, (painting etc) I loved the light in the empty room at that time. I had the feeling this would work well for an Isolation project i.e. Covid-19.

I took the image into Panographic and played with the pieces which it generated until I was satisfied. Then I took it into IColorama for the vertical effect, then in Procreate I added myself looking out the window, which was shot at a different time. 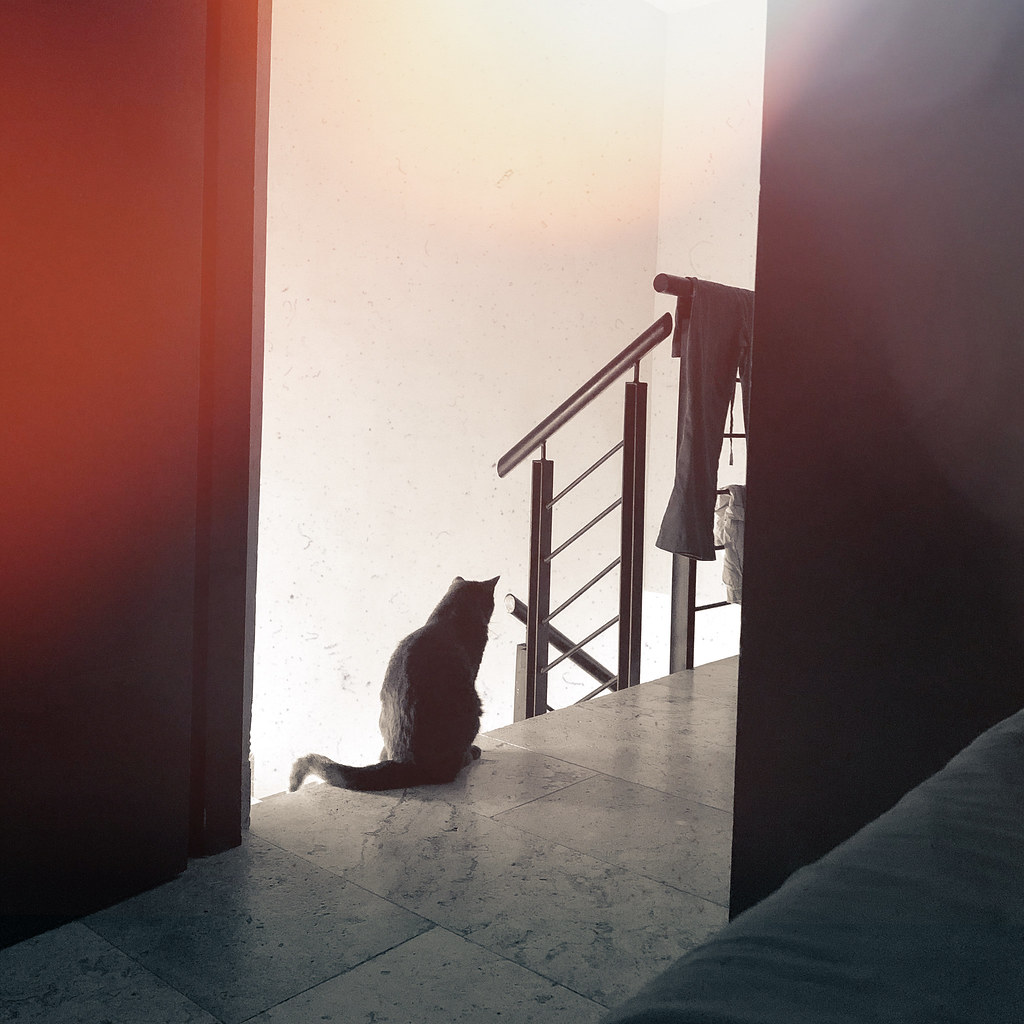 The year of the Cat by Mister Blur

Apps used: For this photo I used the CARBON App. It is a very versatile app for mobile devices designed mainly for black and white photography. There is a free limited version and another version that you have to pay. I think that the free version is enough. It has different BW filters, textures, which include grain and dust, light leaks and bokeh effects, border and canvas effects for your photographs.

Backstory: It was late night, we were checking our kids’ bedroom and our cat was waiting in the stairs. We had some soft lights that provided some nice backlight and then I have that scene. I took my phone and shoot. I decided to processed in square format, not give it a hard contrast in order to preserve the details on the fur of the cat and the tile, add some dust in the back and a light leak in the upper half. 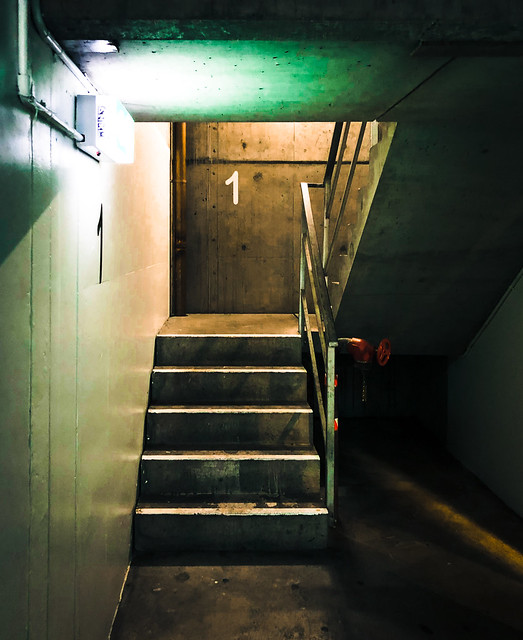 Forgot who you know by Keith Midson

Apps used: I did some minor editing in Photoshop Express – straightening and cropping, then I applied a basic filter within the app.
Backstory: It was taken in a lane that accesses a car park. I was on my way back to my car and the composition and light at the stairs caught my attention. I had to be quick because the person in front of me had gone through the door just out of frame on the right and the light from the door was disappearing as I took the photo as it closed.

Apps used: I used an iPhone 11 Pro Max to shot and edit the picture and I used the apps Lightroom Mobile & Snapseed.

Backstory: The picture was shot inside an old factory where they used to paint wood panels for use on houses. 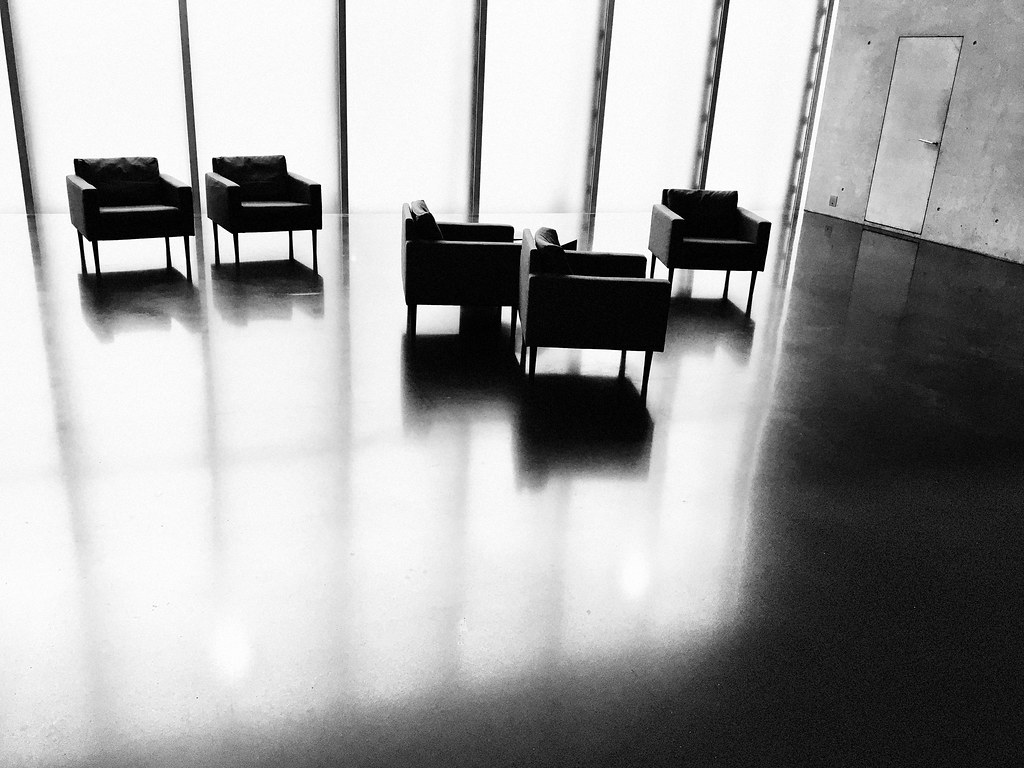 Five chairs – not in a line by Wolfgang Plattner