And another fantastically crazy week, I’ve stepped in to select another Apps Uncovered this week as Bob Weil prepares for the Los Angeles Photo Festival beginning next weekend where I’ll be exhibiting my work alongside fellow iphoneographers including Bob Weil, David Ingraham, Lynette Jackson, Sara Tune, Cecily Caceu and Roger Guetta. It will be so exciting to meet contributors from our book “The Art of iPhone Photography”, mostly for the first time. David, Bob and I will be giving 2 hour presentations on our work and I will be looking forward to their sessions. Details of how to get tickets are below:

Los Angeles Photography Festival Tickets: Tickets are now on sale for my presentation at the http://laphotofestival.com. on Saturday April 22 where I will be talking about my work; the ideas behind it and my methods along with my iPhoneography Central partner Bob Weil and LA based photographer David Ingraham at the http://laphotofestival.com. Please click here for more information Places are limited so please book early if interested.

Seeing Red is this week’s theme of our Apps Uncovered selection. Hosting photowalks is something I do fairly regularly. In a couple of weeks I’ll be hosting a photowalk in Galway, Ireland at my third Mobile journalism Conference in Ireland. The conference is a leading international media conference focusing on mobile journalism, mobile content creation, mobile photography and new technology all in one event and along with fellow iphoneographers Brendan Ó Sé, Andy Butler and Paul Moore we’ll be hosting photowalks; taking folks around different parts of the of Galway capturing the spirit of the city through our smartphones. Photowalks are one of the most enjoyable parts of what I do in the iPhoneography community and a good way to get people to focus and think creatively is to choose a theme. Choosing a theme can be really helpful to narrow subject matter down so the beginner photographer is not overwhelmed with choices whilst on the streets. This could be a theme on a particular activity like eating and drinking, travelling, etc or it could be looking a particular colour and making that colour the dominant theme in your photo. This doesn’t mean that the colour has to fill the biggest area of your frame, it just needs to stand out somehow. 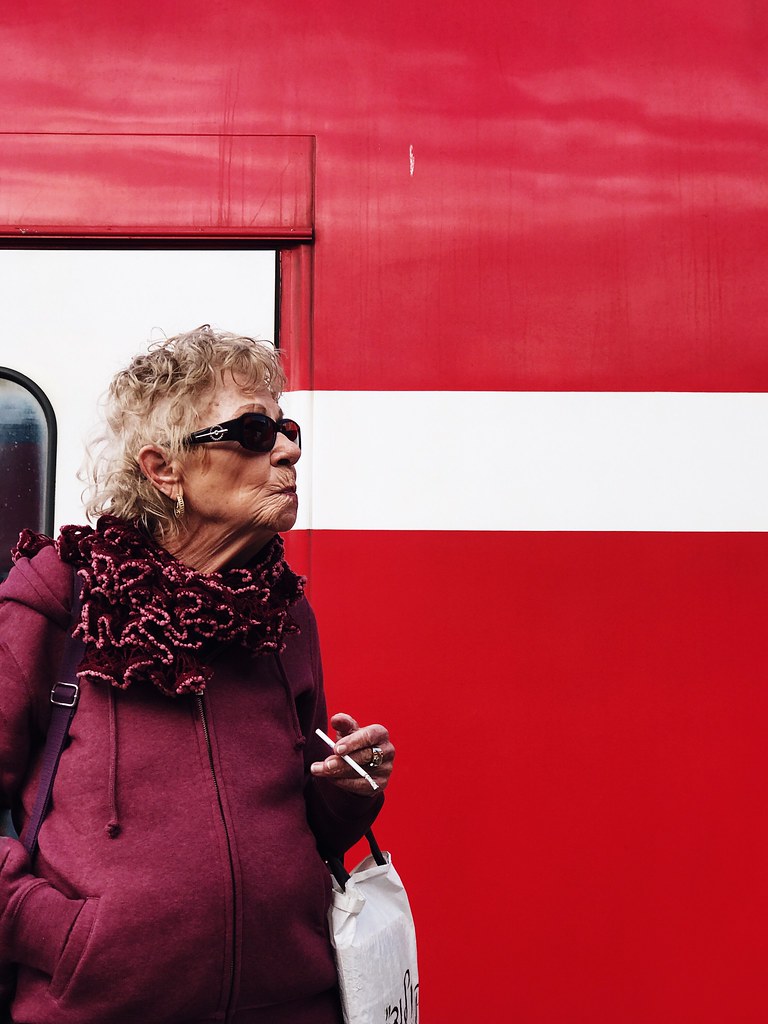 Apps used: Shot on iPhone7Plus and processed with VSCO with c4 preset. 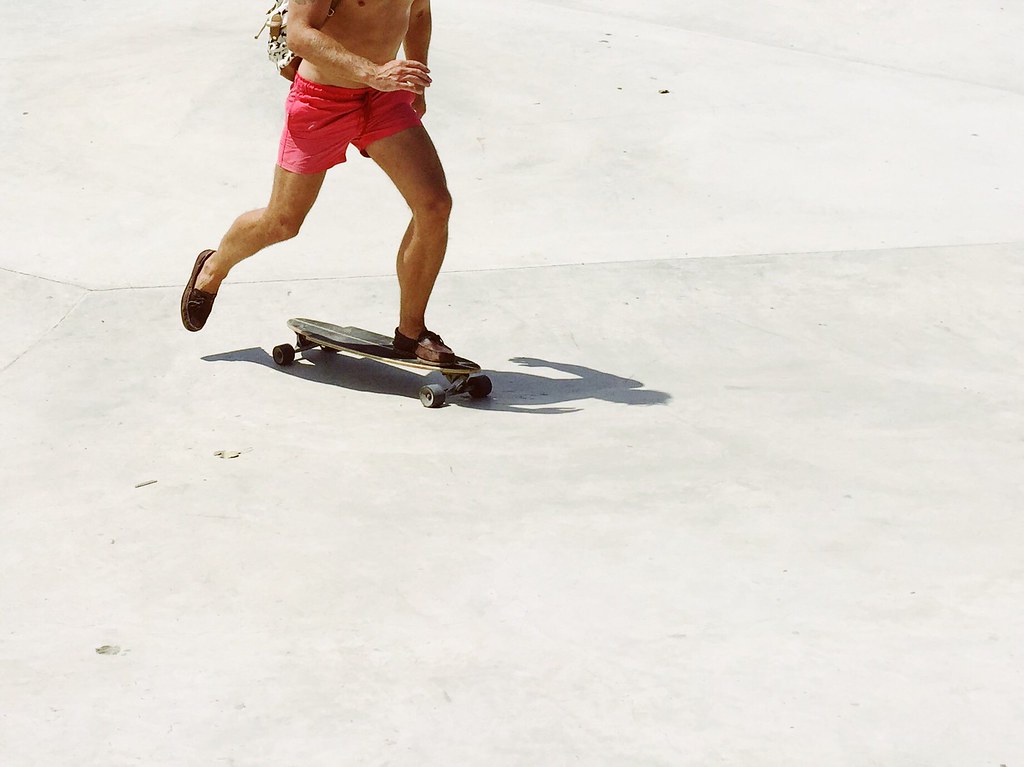 Apps used: Shot on iPhone7Plus and processed with VSCO with fp2 preset 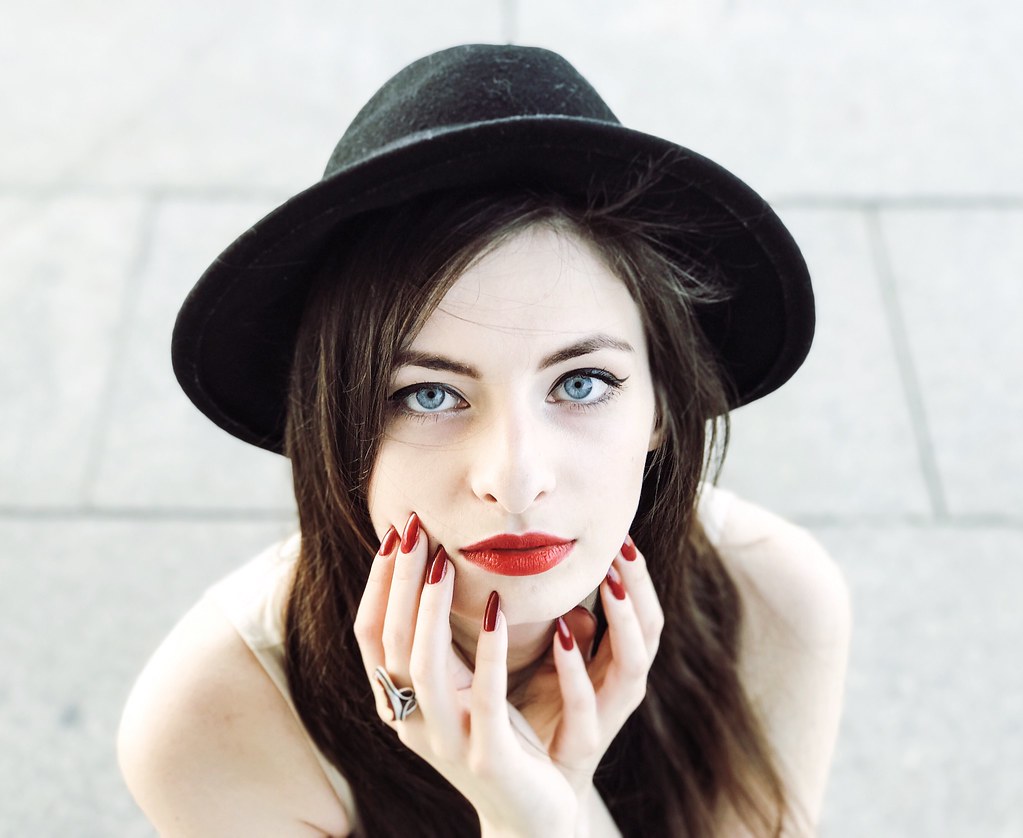 Apps used: Shot with iPhone 7 Plus and Processed with VSCO with q3 preset. 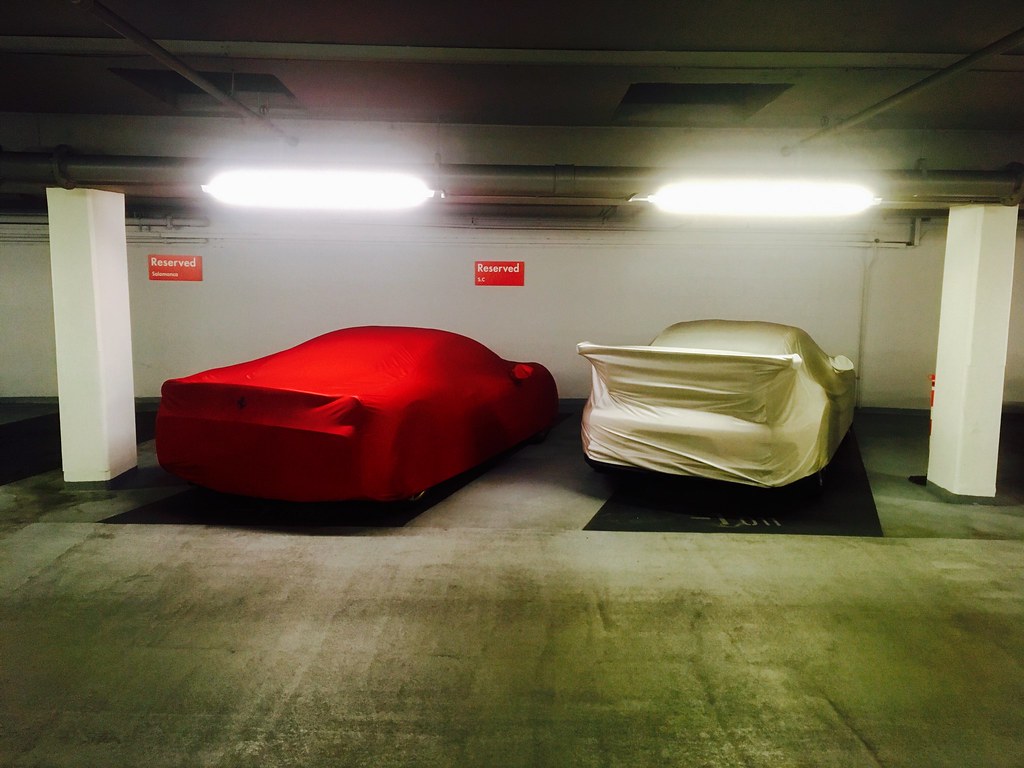 Apps used: I had been out photographing in London all day at the 163rd Boat Race and was returning to my car which was parked in the garage in Cavendish Square. Its quite a crazy thought to think that people can afford to keep there cars on a long term basis? The photo was taken on an iphone SE with Hipstamatic 334 (Blackeys and John S) I didn’t like this shot so chose the photo from the build in camera and enhanced it with the Chrome filter in post production. Kind Regards Andy Mckay.

Apps: Hipstamatic, SimplyB&W, Snapseed, Diptic, Superimpose
Backstory: The red pillar caught my attention while waiting for my travel companion at a motorway service area. I liked the strict arrangement of the red pillar in front of the concrete wall with the gray pebbles. By omitting the ground and the surroundings, the photo got something abstract. One cannot see that it is a pillar. The red is a signal color that might warn of crossing a “red line”.
The right picture is a self-portrait, made in a hotel room in front of a wallpaper showing red smoke. This reminded me of flames.
On the combination it seems to me as if I would disappear behind the wall and take a last look back. 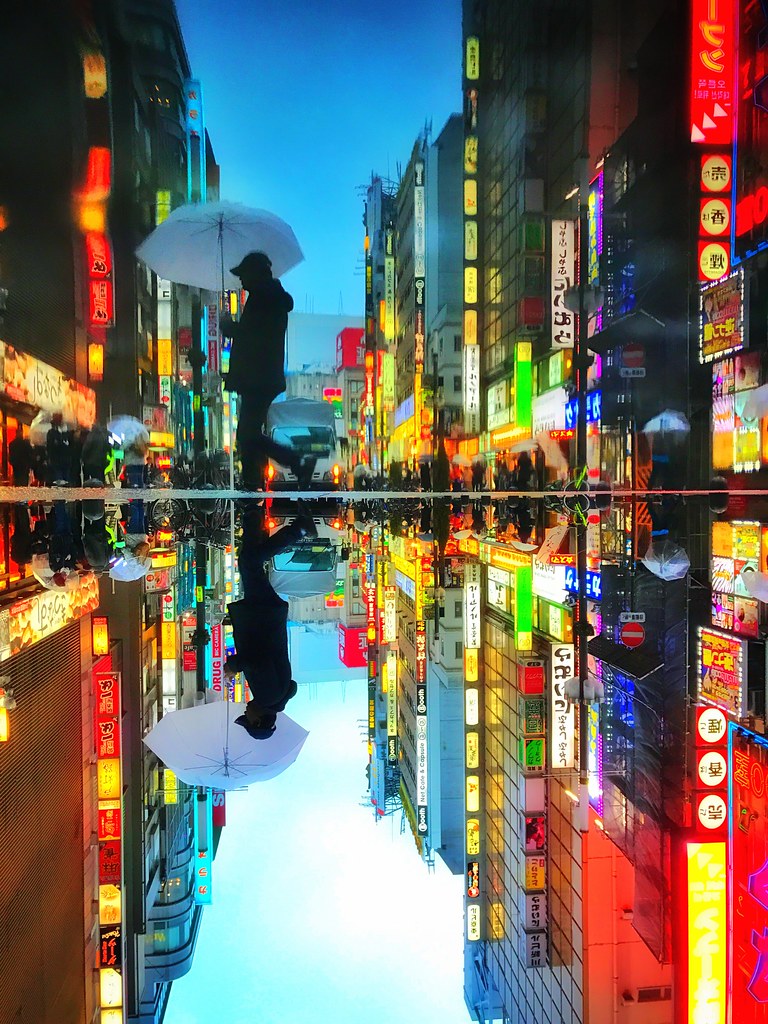 Apps used: This was shot in the kabukicho area of Shinjuku in Tokyo. The area is famous for its bright, neon lights among other things. I was walking around looking for puddles to shoot in when I found this great one reflecting all the neon. I then made some edits in snapseed to accentuate the colours. 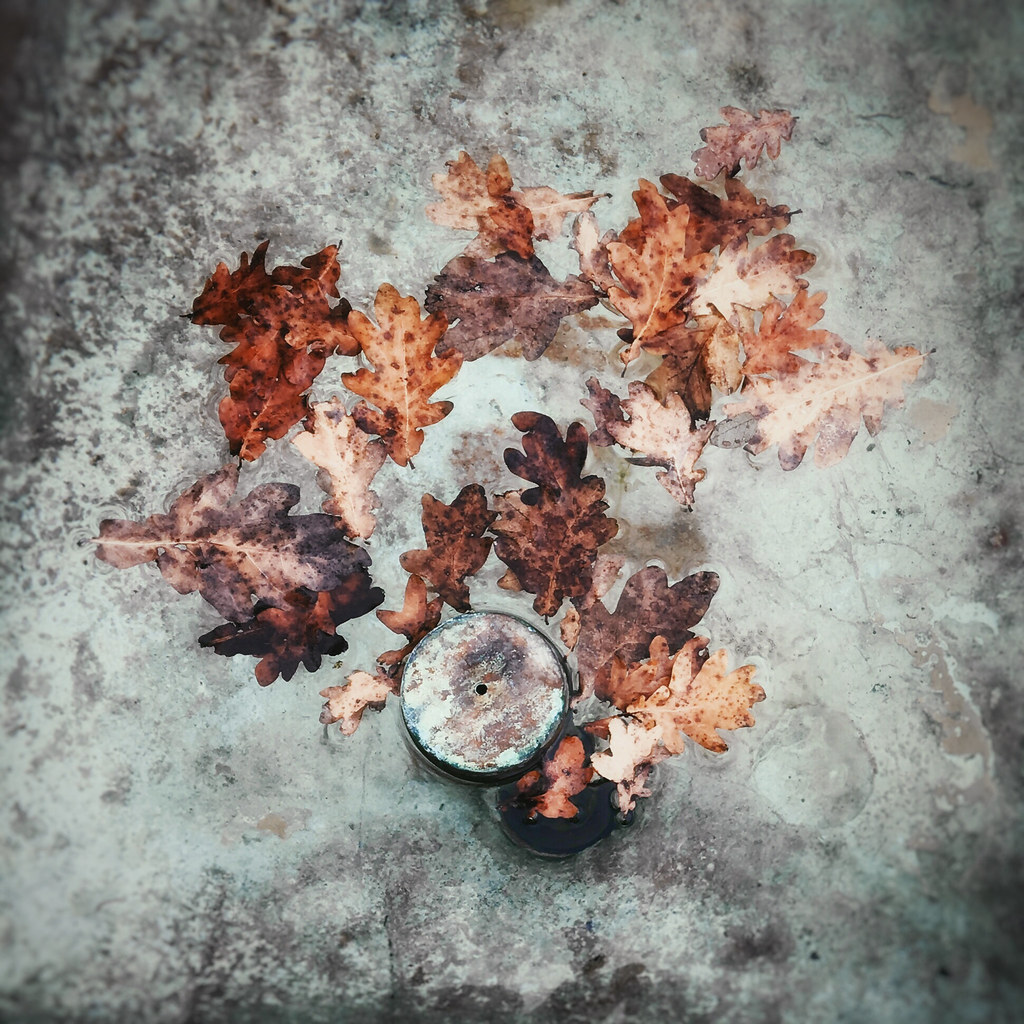 Apps used: Snapseed, VSCO, Superimpose
Backstory: On a sunday walk in the neighborhood I saw these leaves drifting on the water of a fountain. I liked the color contrast, so I took some pictures. This one has been edited once in Snapseed (focus) and once in VSCO (colors), then I merged the two versions in Superimpose to mitigate the effects. 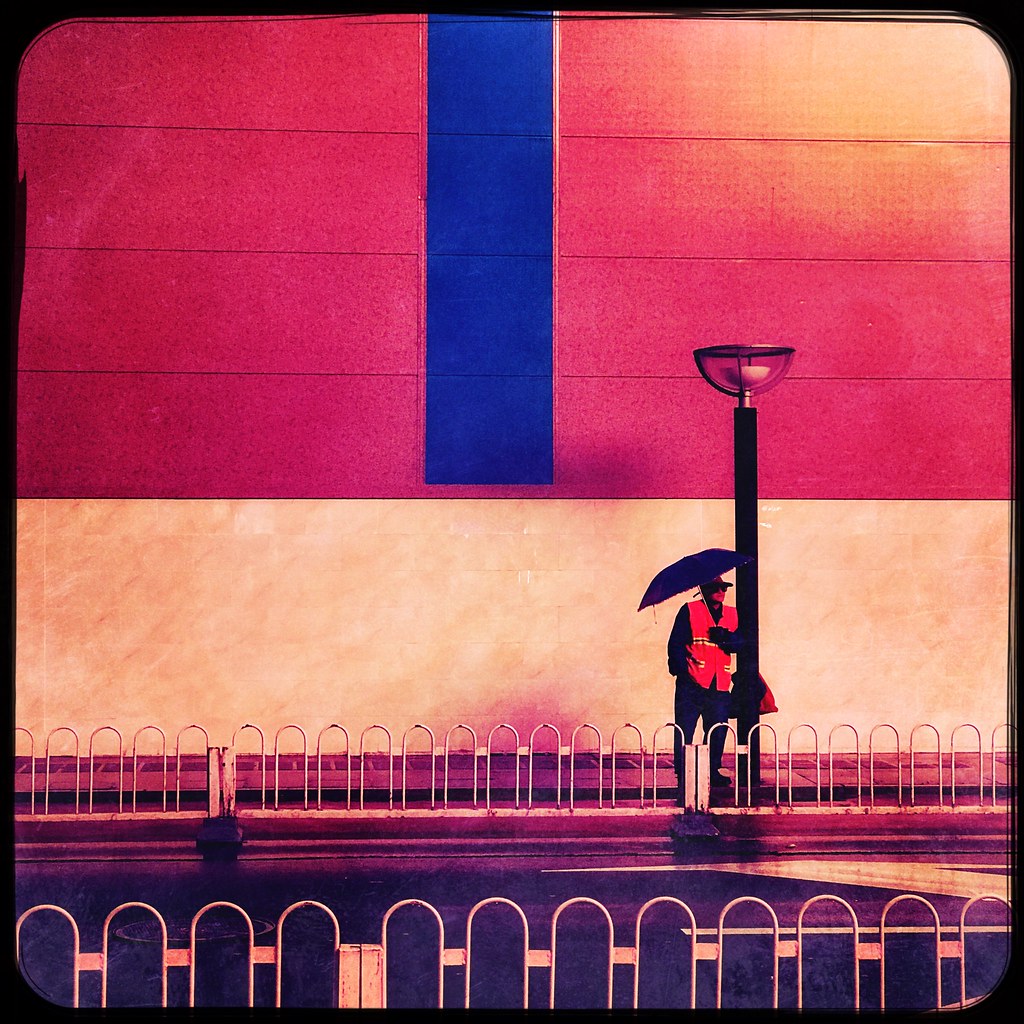 Apps used: Hipstamatic 334 iPhone 7 Plus back dual camera 6.6mm f/2.8 Backstory: I was walking down a main shopping street in Beijing and towards the evening it started to rain. This man, who I think was supposed to check on the traffic, leaned onto the lamppost and I saw an opportunity. I jumped a fence like the ones that can be seen in the photo, entered the bike lane and waited for an improbable moment when there would be no cars or pedestrians in the frame. It happened for a split second only, but I was ready. The result was exactly what I wanted. I shot with the iPhone 7+ default camera (the “zoom” one), edited it with Snapseed then imported it into Hipstamatic (Rudolph lens, Love 81 film).  Hanni K. awaiting picture Apps used: Hipstamatic, SimplyB&W, Snapseed, Diptic, Superimpose Backstory: The pictures were all shot during a short trip to my old home town Bremen. The red pillar caught my attention while waiting for my travel companion at a motorway service area. I liked the strict arrangement of the red pillar in front of the concrete wall with the gray pebbles. By omitting the ground and the surroundings, the photo got something abstract. One cannot see that it is a pillar. The red is a signal color that might warn of crossing a “red line”. The right picture is a self-portrait, made in a hotel room in front of a wallpaper showing red smoke. This reminded me of flames. On the combination it seems to me as if I would disappear behind the wall and take a last look back. 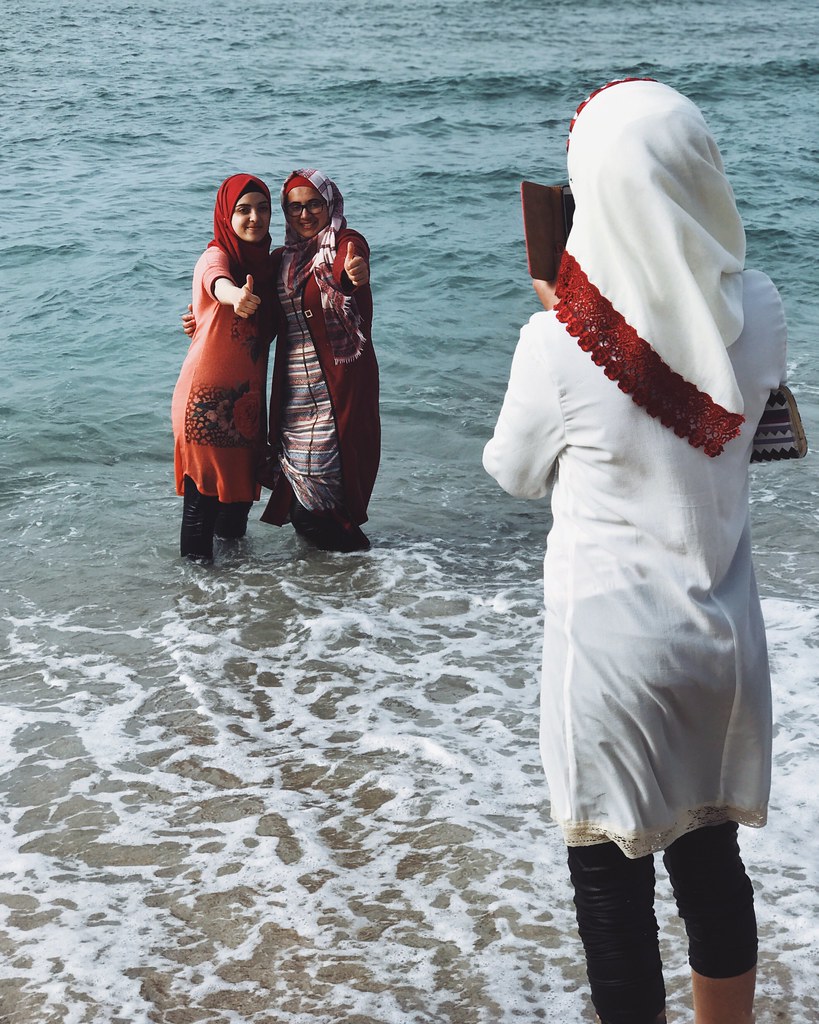 Apps used: Artstudio, Decim8, Image Blender and Stackables. I love portraits and this is one of my favorites. 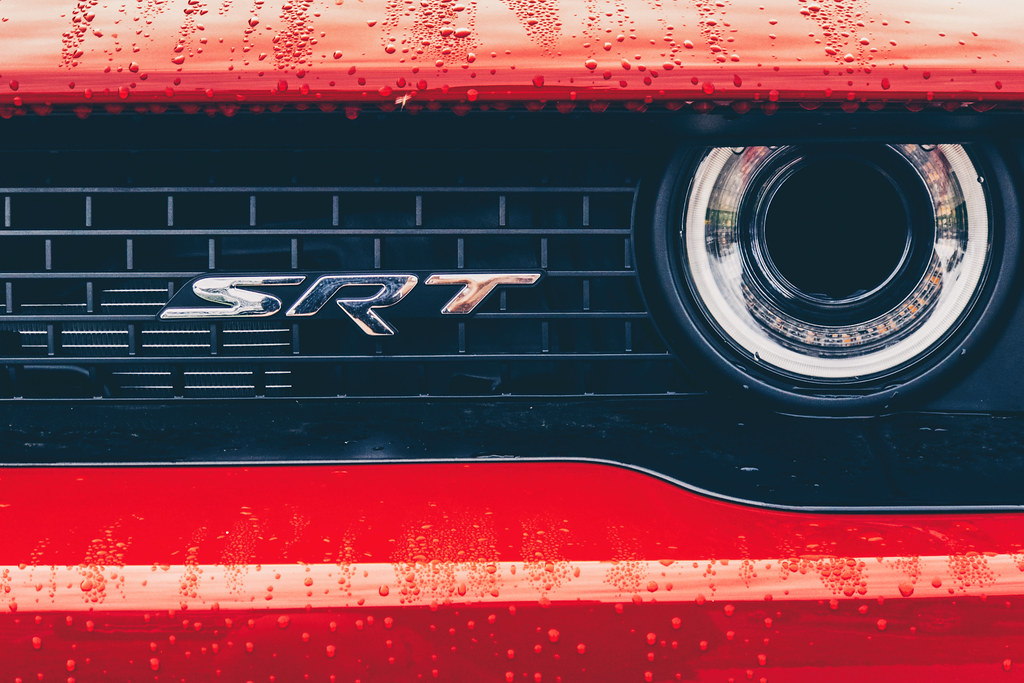 Apps used: Finally looked at these today. I shot these on my iPhone 7 Plus in December ’16 and super impressed with the type of quality RAW files yield when shooting in the Lightroom mobile app! 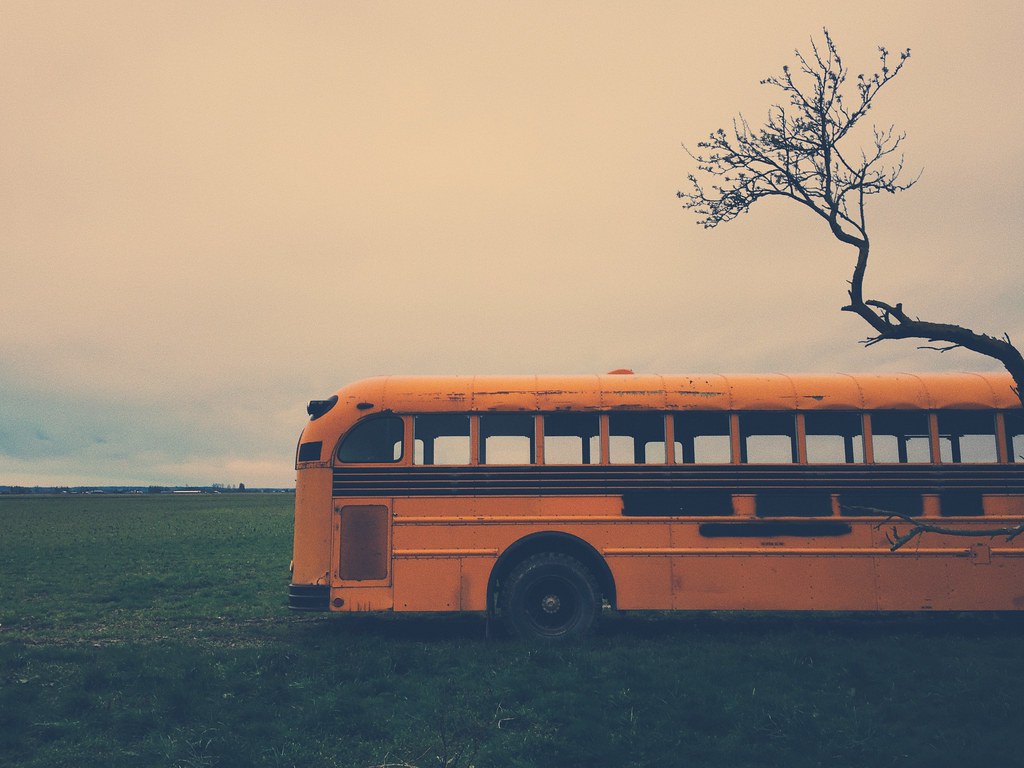 Apps used: This image was taken in the native iPhone 6 camera and edited with VSCO using the e7 preset and various adjustments including some background color and grain.
Backstory: I came across this scene while driving through Skagit Valley in Washington State, looking for daffodil fields. The old yellow bus was perfectly positioned with the farm structure and overhanging tree. I chose to avoid shooting the front of the vehicle. The title, lyrics from Across The Universe, fits the picture to me – a bit of a time capsule, deliberately preserved and displayed in an area of farmland that is itself representative of a previous era and lifestyle. 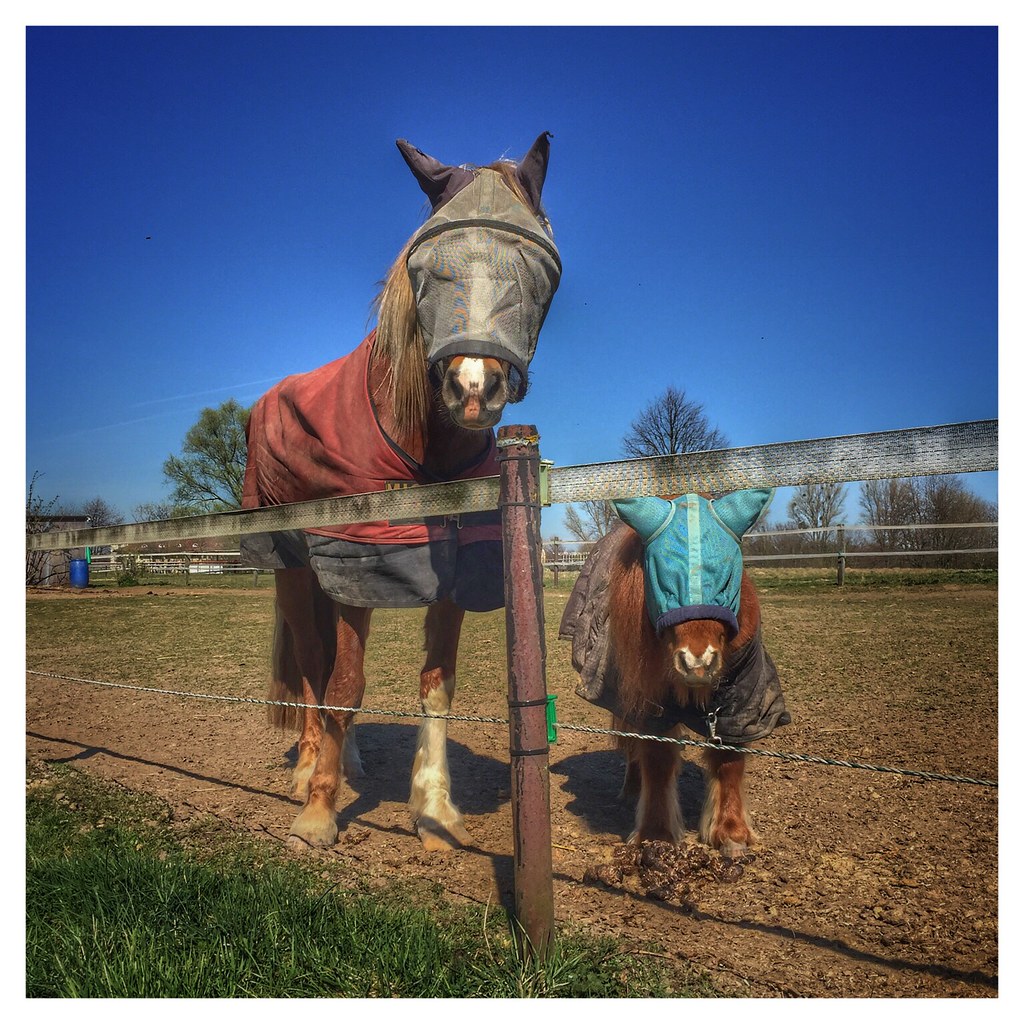 Apps used: I shot „Batman and Robin“ with my iPhone 6, using for all my photos and edited it with Snapseed App. Backstory: I do daily photos with my iphone and Badman and Robin has emerged during a walk. First I saw the little pony, then when Apps used: The apps used to create the image were Snapseed, IColorama and Stackables. Backstory: So happy to have this image selected for the weekly gallery. The original photo was of a dance performance at MOMA in New York. When visiting New York last week I was lucky enough to come across it. 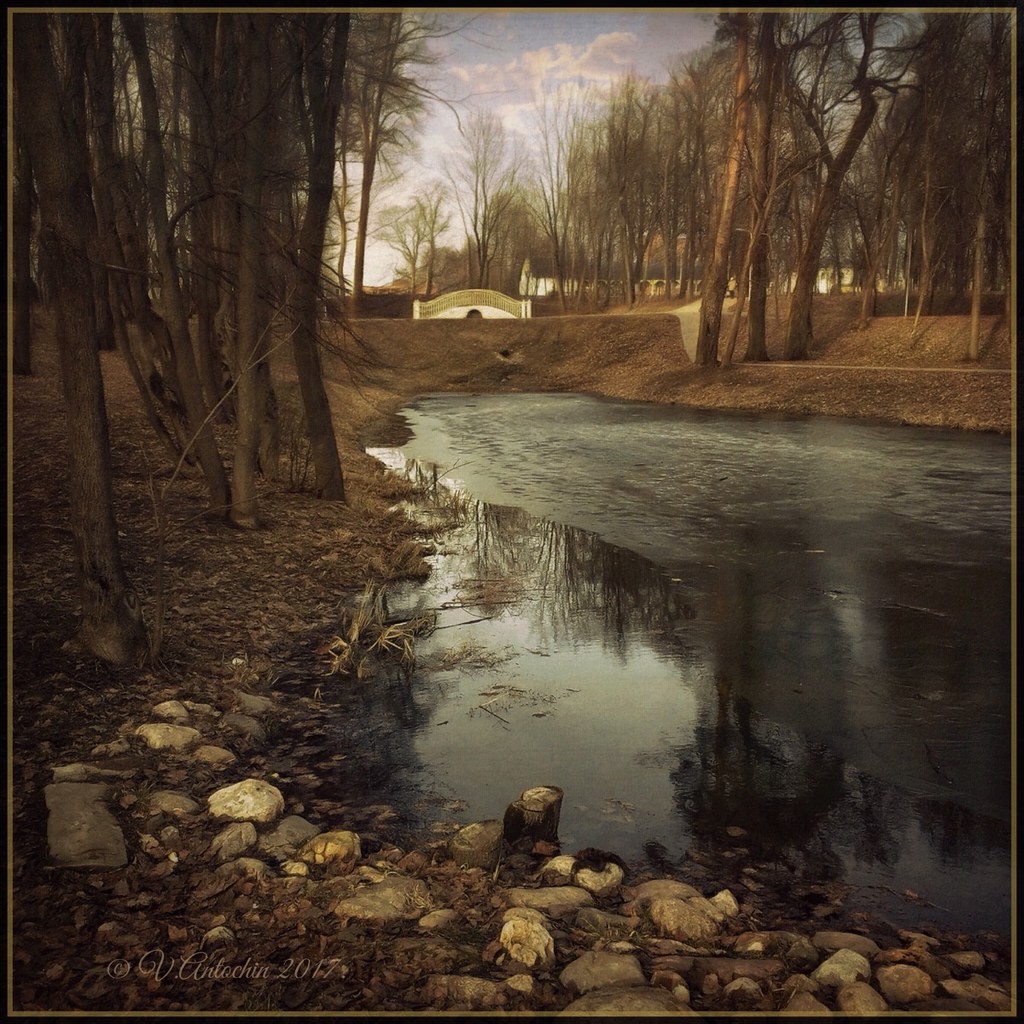 Apps used: Shot on my IPhone 6S, the initial processing is done in Snapseed. Backstory: The final editing and texture mapping was done in iColorama.Photo taken during a walk in an old park with cascades of ponds. The snow was gone, but there was ice left in the pond. Soft light from the setting sun painted a scenic scene. I just had to have time to capture this picture on the phone until the sun hid behind the clouds. 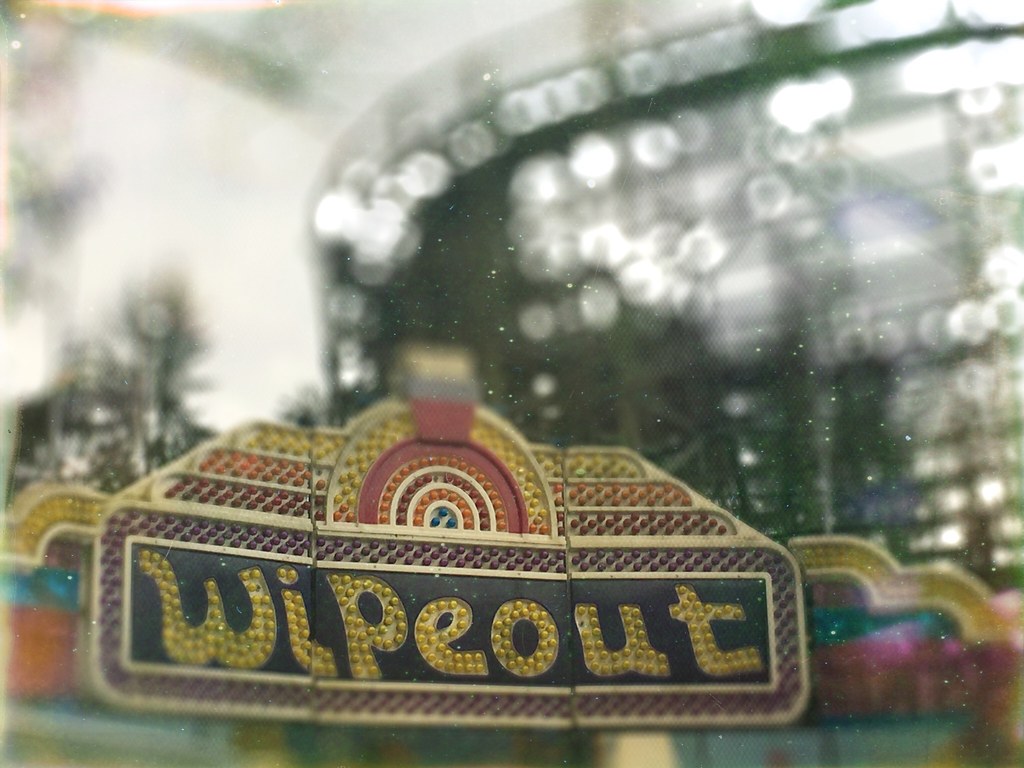 Apps used: Tadaa and Afterlight on iPhone
Backstory: This was taken at Knoebels, an amusement park that’s not far from my home. I was taking walks through it, even though closed, with someone who this was all new to. It forced me to see with new eyes, that even totally deserted and shut down, it’s interesting. I simply created some out of focus spots and Bokeh with Tadaa, and I thought it took on a beachy west coast feel. Even though I was on other side of country in dead of winter. I kept with that idea and just added a bit of vintage looking overlays to complete. I’ll try to snap again when park opens soon. 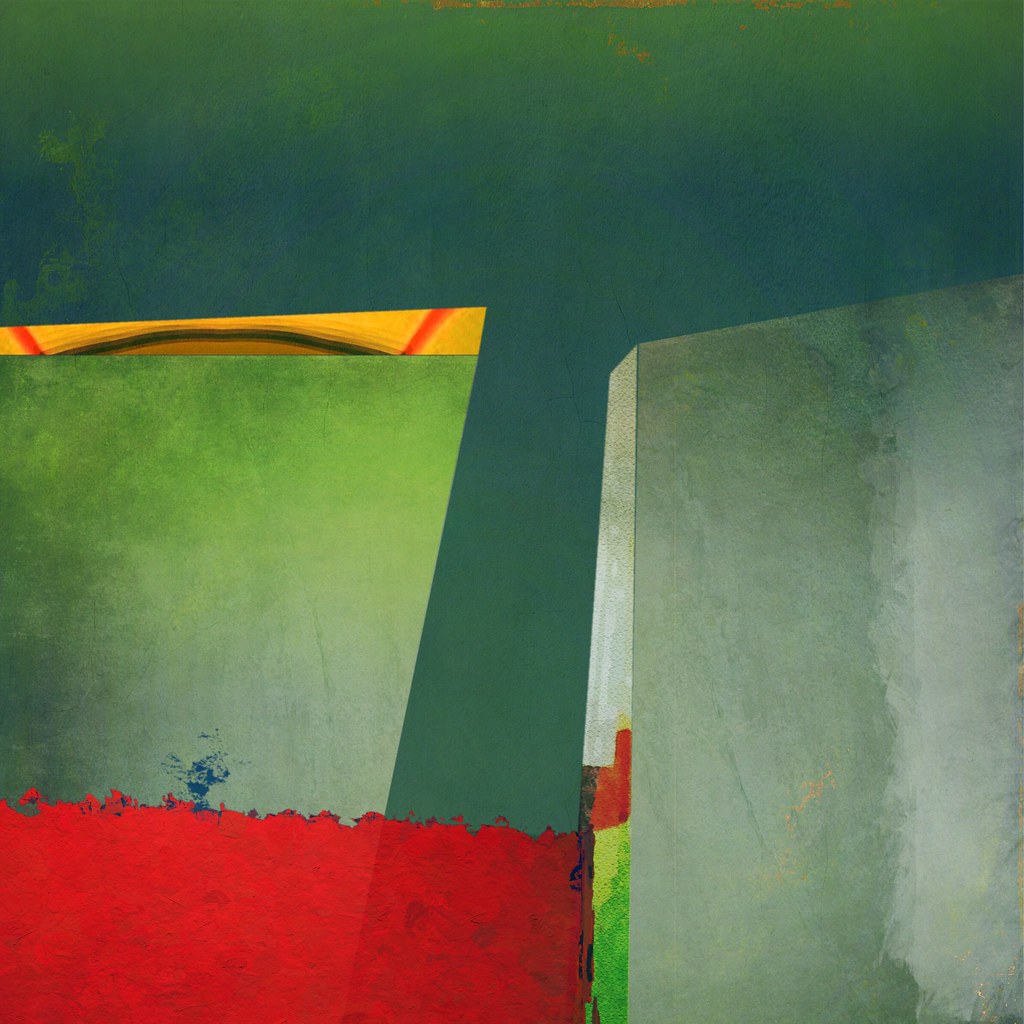 Apps used: Procreate, Plain, iColorama, Superimpose, and Stackables.  Backstory: The work “Into” is one of a ongoing series of abstracts exploring the concept of Proximity by using only shape, form, shadow, shading, and color. The series will touch on both public and personal space and our relationship to it. 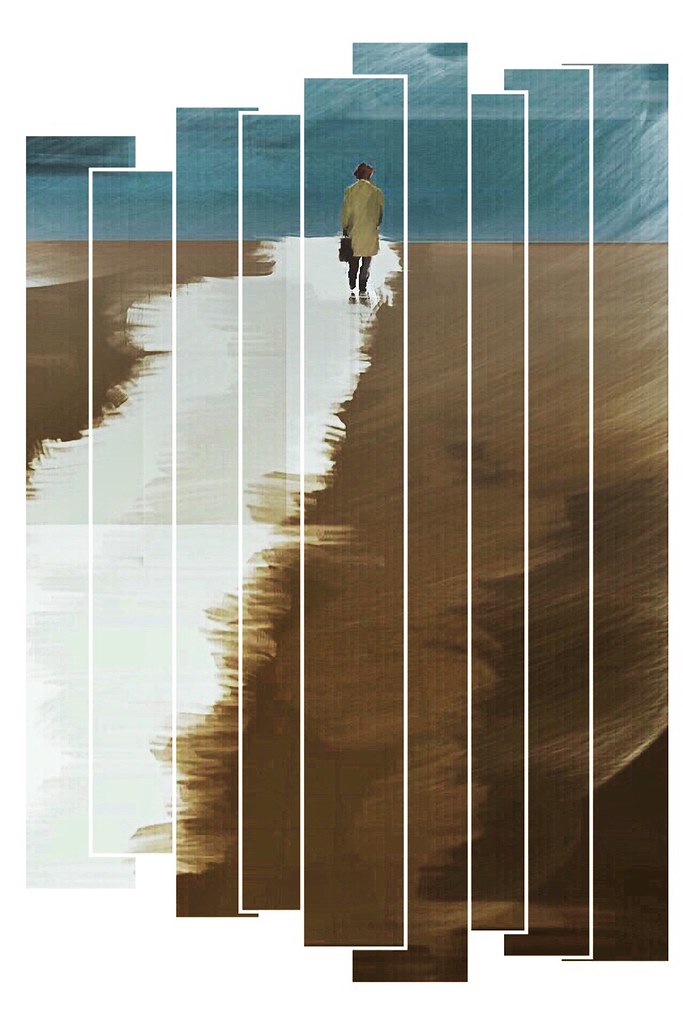