Apps Uncovered Fri 21 Sep 2012
Here are this week’s 20 outstanding images from our iPC Flickr group. If you would like the chance to feature in this weekly gallery and are willing to share your apps used and any story behind your image please submit your work to the iPC Flickr group. 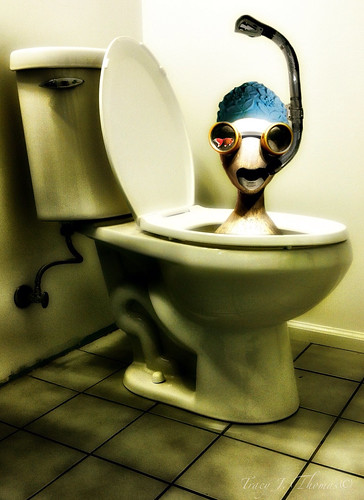 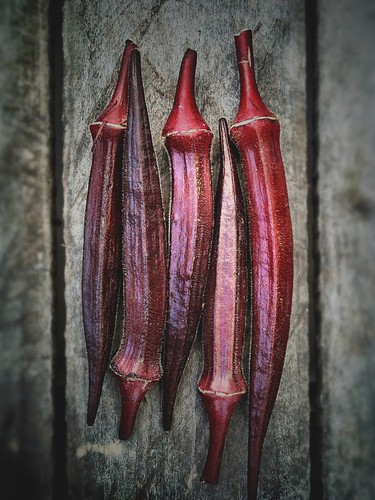 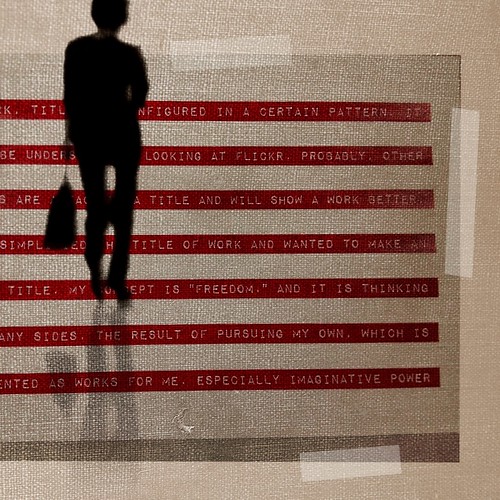 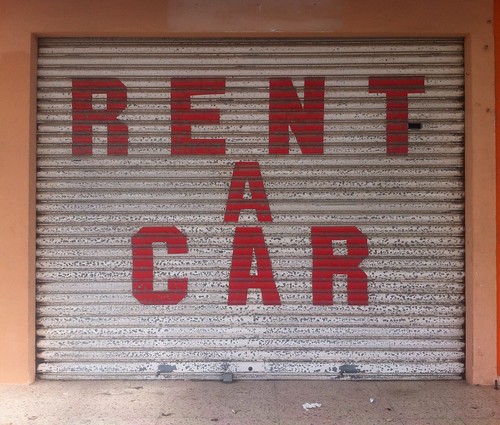 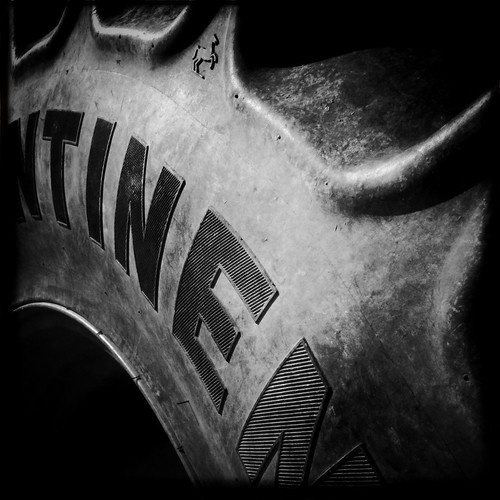 Title: in my shadows
Artist: kim by the water
Apps Used/Backstory: A rework of an older picture. iPhone + picture show and a few others I can’t recall at the moment. 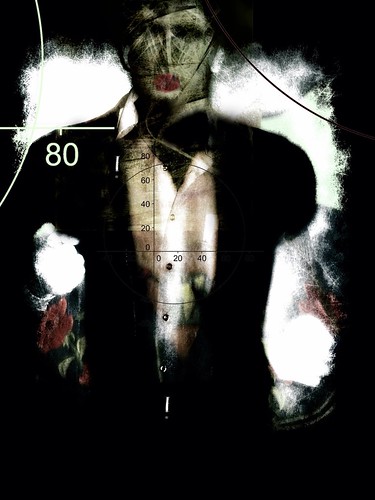 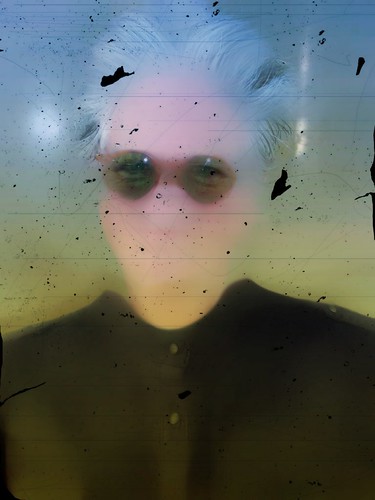 Title: YO MOMMA
Artist: Jaime Ferreyros
Apps Used/Backstory: [This] was an image I exhibited at A recent show honoring Myra Wexler, better known in Miami’s art scene as "MOMMA". My idea was to create an abstract portrait of MOMMAr, keeping her signature shades and hair untouched. I used Blur FX, Scratchcam & Pixlromatic to get the effect. 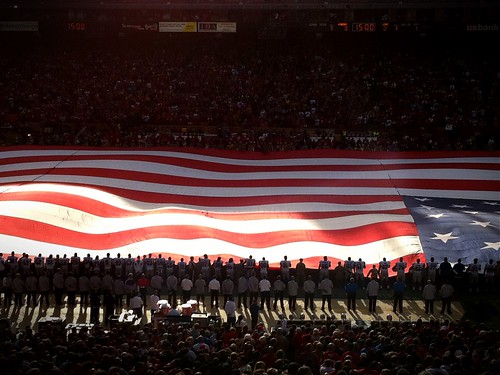 Title: Unfurling the Flag
An American flag the size of a football field is unfurled (unrolled?) at Candlestick Park before the 49ers-Detroit Lions game yesterday. It was a neat sight to see.
Artist: Curt Bianchi
Apps Used/Backstory: iPhone4 and PictureShow 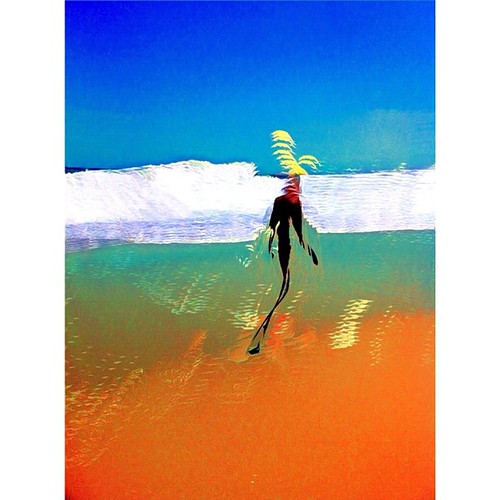 Title: “I am one of those that live in the middle of the sea and close to the twilight." -Pablo Neruda (Beach Impressions Number Fourteen)
Artist: Cindy Patrick
Apps Used/Backstory: Slow Shutter + Shock My Pic + Iris Photo Suite 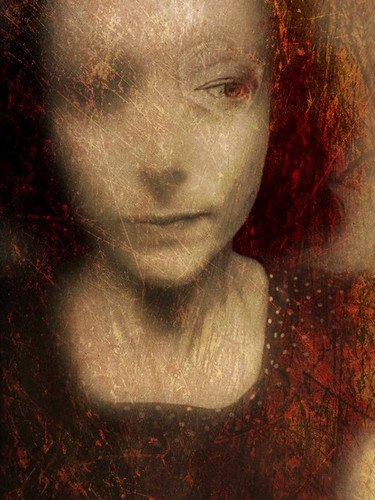 Title: Bitter
Artist: Sarah Jarrett
Apps Used/Backstory: I took the self portrait on an ipod touch.
I wanted to make the image look more aged, more vintage and slightly surreal.
I used Tiltshift to create a Gauss blur over most of the face leaving just one eye in focus. Phototoaster helped to build up the scratchy texture. I used one of the textures in Monovu to make the image more monochrome. I added a different picture of my eye in Superimpose to alter the look of the face and make it look more mean, to fit the title.I finished with Modern Grunge. I am a real fan of textures and use Modern Grunge and Monovu a lot, they both have some really fantastic effects. 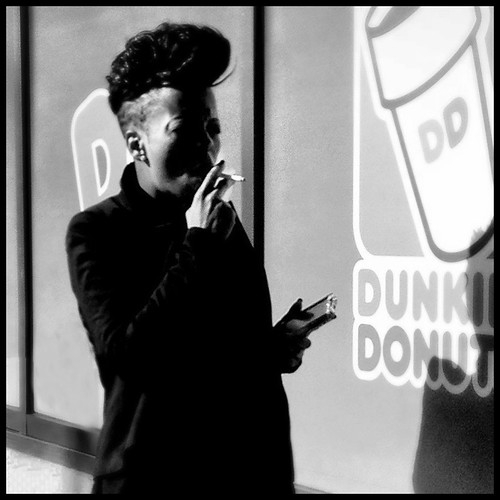 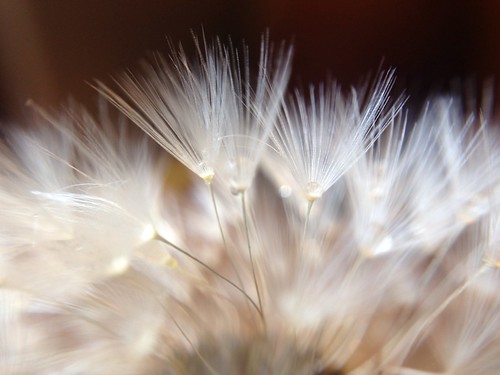 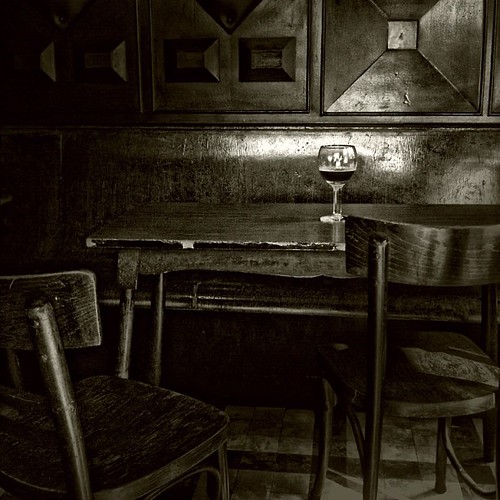 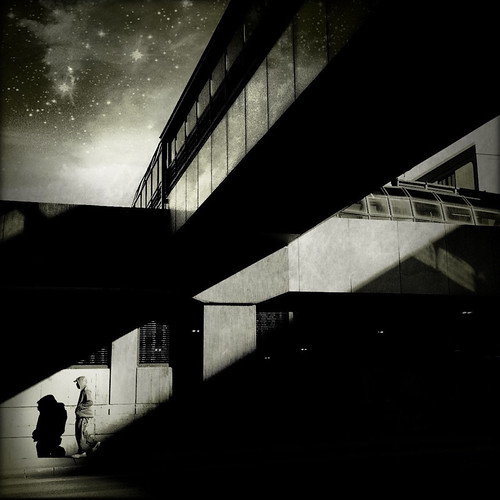