Welcome to this week’s Apps Uncovered, our weekly feature, showcasing iPhone art and photography from around the world. This week’s leading image is a beautiful self portrait by long-time iPhone artist and super talented author of some wonderful digital artistry books, Susan Tuttle.

Susan takes “selfies” to a new level and I urge you to click on her lead image “eyes turned inwardly” to see more of her gorgeous work in her Flickr group. If you are interested in creating selfies that explore self portraiture on a deeper level and in a much more creative way, please be sure to check out Susan’s iPhone self portrait course here.

Thank you, as always to everyone who submits to this group. I encourage you to  click on any of the images to see more of the artist’s work on Flickr. 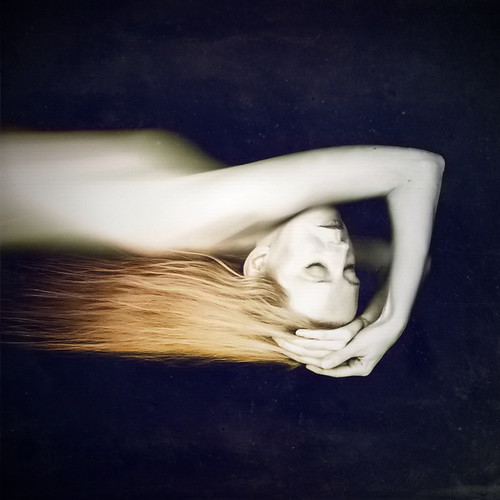 Backstory: When in need of image content to manipulate on my iPhone or iPad, which is primarily self-portraiture (although I don’t think of it that way — more like I am using my body as a model/prop), I construct my make-shift studio, which consists of a sheet attached to a clothesline. In the case of this piece, I used a black sheet for the background. I faced a north-facing window, attached my iPhone to a tripod, took advantage of the self-timer in Camera+ and move around, dancing and striking poses. I take a bunch of photos during sessions like these, which I’ll draw from for material over time. The image used for this piece spoke to me from the bunch. I started to manipulate in Camera+ — cropping, adding a few filters and altering tones. I then added blur with Focal Lab and blended the blurred version with the previous version in Image Blender, using the masking tool to reveal parts that I did not wish to be blurred. I added further filters and textures, slowly building them up. For the final step I rotated the piece 90 degrees to the right — I love how it made me look like a contortionist in the neck region. 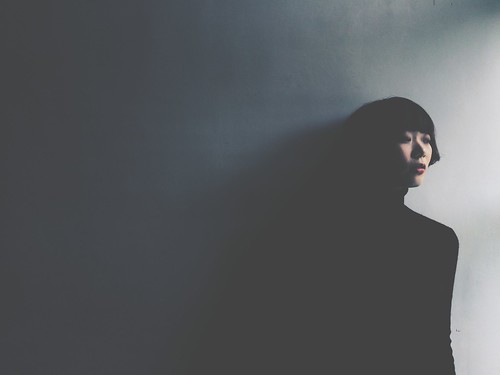 Apps used: Processed with VSCOcam with t2 preset
Taken by iPhone5s native camera.
A cloudy autumn day and the light coming through the window was not too strong giving a softer light. I photographed it in under impulsive.
Because brightness and contrast were good, I just added VSCOcam FIlter T2, and this image was completed. 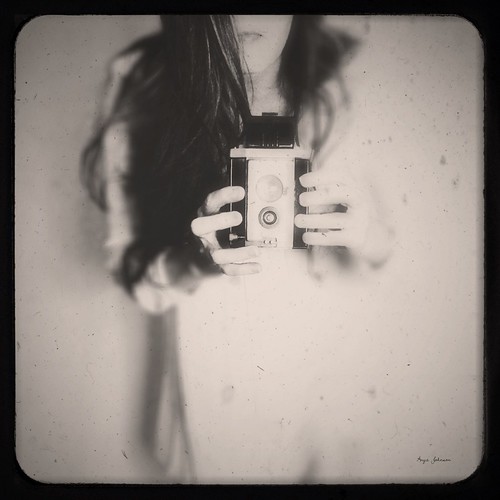 Tipping The Balance, Farther. by Angie.Johnson

Backstory: In this image, I wanted to not only create a photograph depicting depth, but also one that incorporated the vintage camera that I found at an antique shop. That much I knew. I gathered my iPhone, tripod, and a white sheet and made my way to the basement. After hanging the sheet, as the backdrop, I set up the iPhone. I concentrated on bringing the vintage camera and my hands forward. I held the remote shutter behind the camera and pressed with my thumb to activate. I tried several times to get the result that I wanted, but just wasn’t satisfied, and then it happened. I found that lifting one leg up gave me a little more of a tip forward, so I went with it. I processed the image with the apps listed until I was happy with the results. 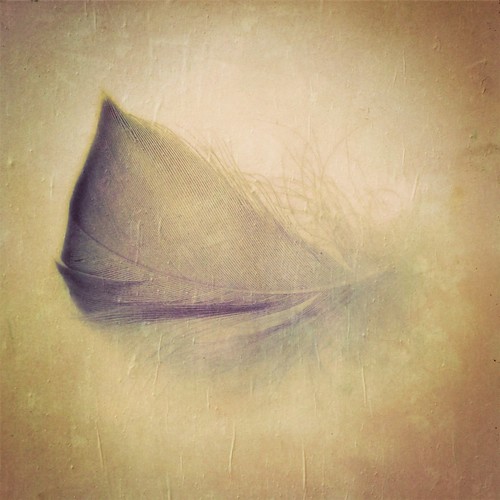 Apps used: iPhone 5s, Hipstamatic, lense: sergio, film: blanko1
Backstory: I found this graylag-goose-feather on the beach of the river Elbe, not far from my home. Graylag-Geese are migrating in thousands trough the region where I live and we can hear their kind of melancholic songs for weeks. It fits the feeling of autumn and so does the grey feather for me. I wanted to capture the underlying sadness of loosing a feather (like loosing leaves or loosing loved ones) and the lightness of being able to fly far, far away. I took the feather home and laid it on a small white taboret in front of a plain white door in order to take this photo. I used Hipstamatic (surgeon + blanko1), no additional editing. 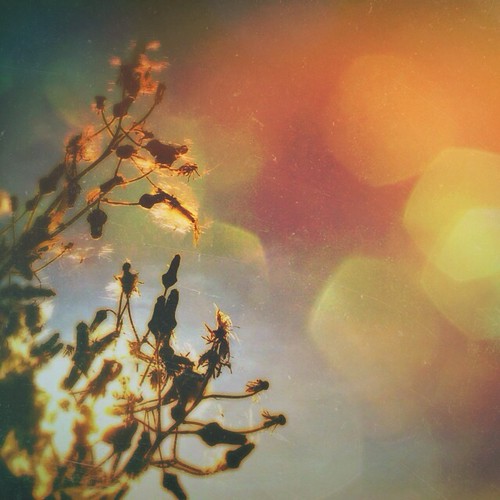 Backstory: I photographed this Yellow Hawkweed plant as the sun was setting. It’s been very plentiful this year and I think that even though a weed, contains so many interesting features aesthetically. I wanted to add some more warmth to the shot, so I used Lumie and Mextures until I was happy with the result. I chose the title as the seed pods seemed to be seeking the sunset in the frame. Overall I give most of the credit to the natural light, I just was lucky enough to be there in right moment to capture. 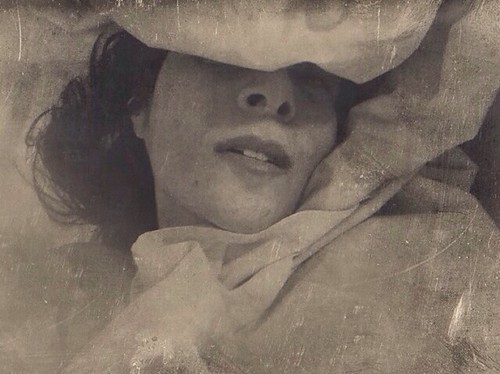 When I did this self-portrait I had in mind the movie ‘The English patient’, which remains a firm favourite of mine. It was shot late afternoon with dim natural light coming in through the window plus a small desk lamp on the side. I used iPhone 4s, using ProCamera to capture, and edited it in Snapseed to tune and crop, followed by MonoVu to create the textured faded sepia effect. 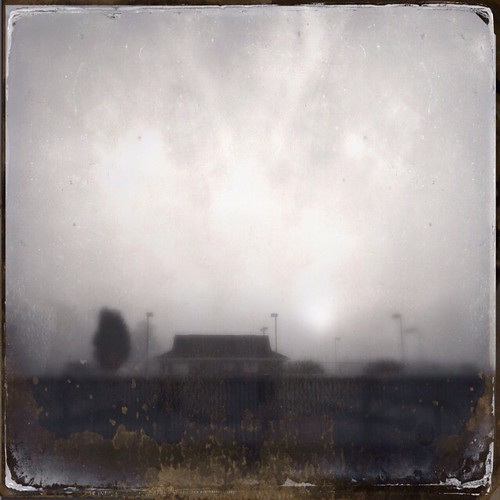 Taken on my iPhone using Hipstamatic App. No post processing used. the Hipstamatic App gives you one shot at a photo…like the old Instamatic. I’m loving photography with it! 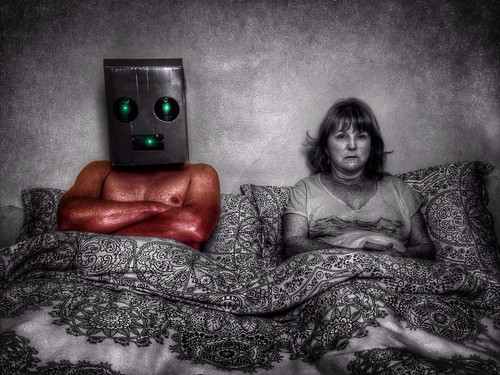 Process:
Shot the image with 645 pro and a softbox light in color.
Took it into Monokrom to make it B&W.
Took the color pic, overlayed the B&W image on top and masked the robot so the color image came through.
Took image into snapseed and applied the “HDR Scape” filter “Strong” setting.
Staying in Snapseed applied the “Drama” filter setting “Drama 2”.
Finally, took image into the BleachBypass app and applied the “Cinematic” filter.

Backstory
The image was created for the “Mobile Art L’arte è Mobile – Festival FuturoPresente 2014” show. The theme for the show is conflict. I wanted to create an image that implied conflict but was ambiguous as to what the conflict is about. 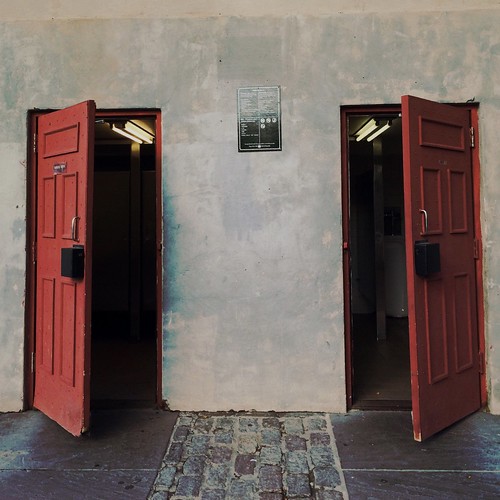 His & Hers by Sheldon Serkin

Shot with an iPhone 5s
Edited with Snapseed 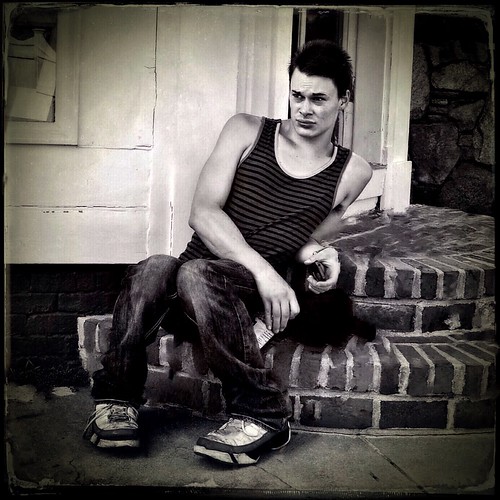 Looking On by Sara Augenbraun

The Backstory:
I love to stroll up and down Commercial Street in Provincetown, MA when the streets are filled with people and I am on the “look out” for photographic opportunities. One day on such a stroll, I noticed this fellow sitting down on a store’s doorstep with an anxious posture and a puzzled look on his face. My iPhone in hand, I grabbed a couple of shots. Sometime later I used Oggl (John S and D-Type Plate) to turn the image to BxW with a dramatic look. I also used Snapseed and Phototoaster to add a little contrast and clarity. 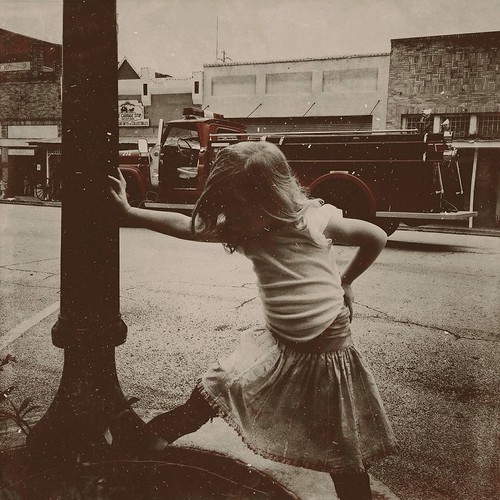 Modeling is Hard Work by Elaine

Apps used: Hipstamatic Snapseed and Mextures. I took two photos; in one she was looking up, but I ultimately preferred the one where she seemed more honest. I darkened her face even more than it was instead of trying to expose its features. It felt like a private moment. 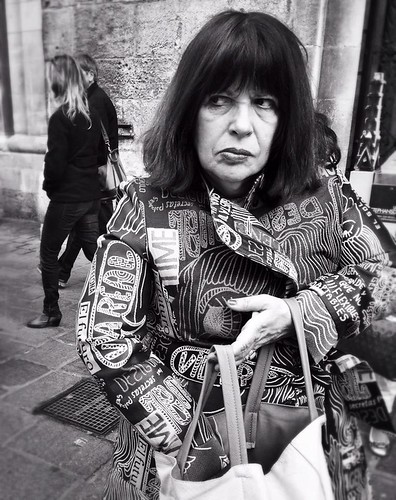 Apps used: Taken with ProCamera 8 and processed with Snapseed.

Backstory: I loved this lady’s expression and the way she was dressed. I followed her in an attempt to understand why she was so suspicious. Image was taken with proCamera 8 and processed with Snapseed. 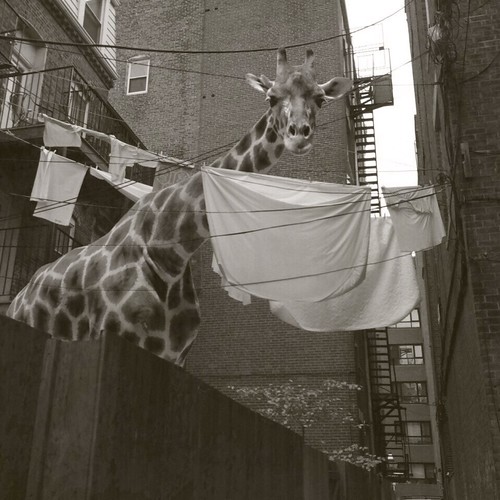 Backstory: I was in Boston’s Little Italy the other week and stopped dead in my tracks when I came upon this hanging laundry in the back alley of a small apartment building. I knew right then my giraffe needed to be out there, to dry so to speak. I positioned her behind the fence easily enough and erased what needed to be erased in Juxtaposer easily enough, but it looked off to me; something wasn’t sitting right. After staring at it to the point of eyeball muscle strain, I realized the wires that are running in front of the clothes also needed to be running in front of her. That’s it! With ArtRage I drew in the wires and then used ScratchCam to convert the color to monochrome, which I actually do in a two part process – I turn it standard black and white first, and then reload the black and white image back into ScratchCam and use another color filter to change the hue of monochrome . . . wait, I can probably do that by just stamping the black and white color and not having to reload it; ha, light bulb moment!