This gallery features a handful of selections of the outstanding iPhoneography published on the iPC Flickr group and elsewhere on the internet. The aim of the gallery is to show the very best of the wide variety of iPhone, iPad and iTouch art and photography. The artists are also asked to reveal the apps and workflows used in creating their amazing iPhone photographs and art which is detailed beneath each image. Click on any image to see more of the artist’s work. For a chance to be included in this weekly gallery, please join the iPC Flickr group. Please be sure to add the process/Apps you used in order to be included in the group. Thank you.

Please add your apps used: Thank you all once again for your wonderful submissions. I am afraid it’s taking me ages to publish Apps Uncovered partly because of chasing artists for the Apps. Even though artists all respond really quickly,(thank you) and I know it’s a probably a real pain to do it, it is a lot of extra work for me so unfortunately I am going to be really strict and leave great works of iPhoneography out if the apps/processing aren’t mentioned either in the title, description or tags so please, please add your apps 🙂 Thank you  –Nicki–

This week Apps Uncovered is chosen by iPC’s very own iPC partner Bob Weil. You may have seen Bob’s name popping up fairly regularly on iPC and elsewhere in iPhoneography circles. A talented iPhoneographer in his own right, Bob’s contribution to sharing his creative thinking and iPhoneography techniques in such intense detail is second to none and I am thrilled to have him work with me on iPC and share his selections for Apps Uncovered today.

For me, photography of any kind is first and foremost about composition – does the image pass the “blur” test (if I squint, is the piece still intriguing?). But I would be lying if I said that technique and concept (artifice) don’t play a part. With the best work, the approach is always in the service of the subject or message and never an "add on." Still, at the end of the day, any selection process is subjective, more about the person choosing than the pieces chosen. 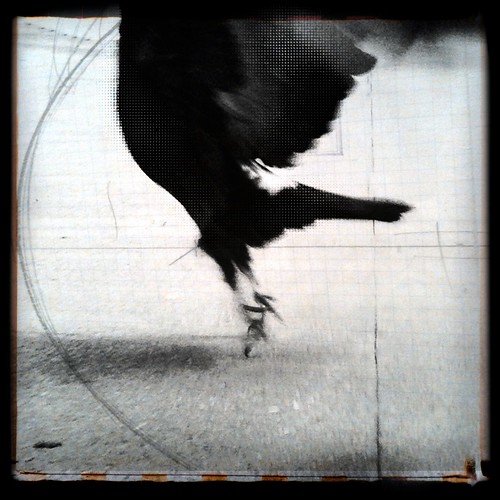 Title: Houston we have lift-off 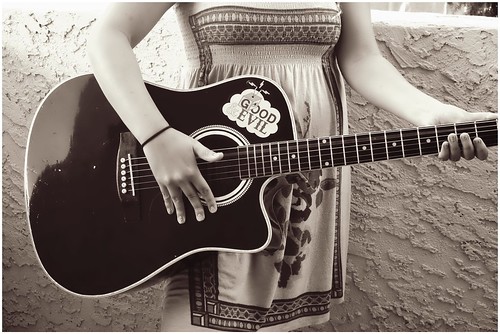 Title: Music washes away from the soul the dust of everyday life.  ~  Auerbach 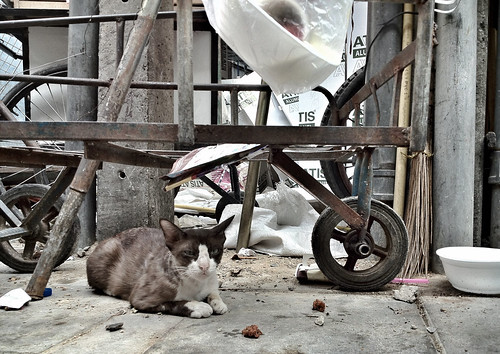 Device/Apps/Info: "Cat on Sukhumvit Road" has been treated in Snapseed, the app I use the most. I have used a filter named "Drama 1", mainly to enhances contrasts. The filter also takes down color information.

The scene is already quite "monochrome" as shot, so not to lose the colors completely and not to boost them I have saturated carefully.

After this I have used sharpening, about 22 – 23% and cropped away the leg of a green plastic chair on the right side of the frame by the white plastic bowl. I have not treated selective areas of the picture. 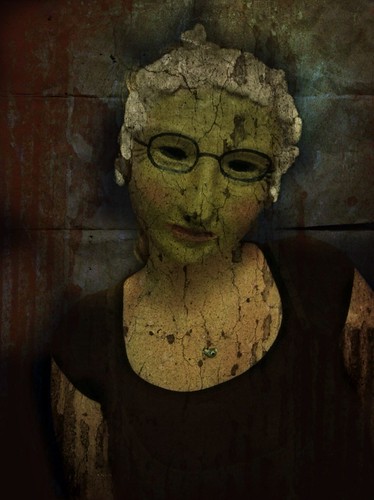 Device/Apps/Info: Taken with Hipstamatic then post-produced with Snapseed. 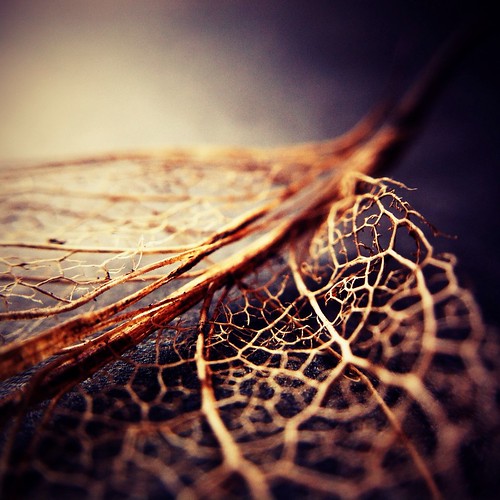 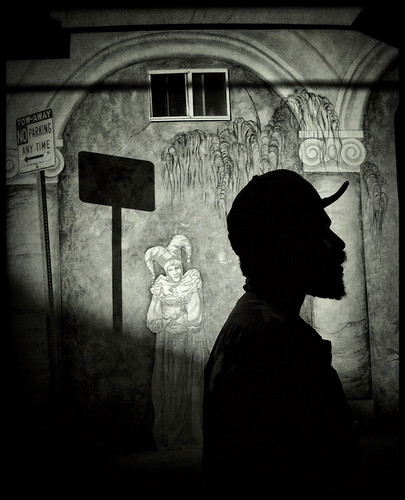 Title: "Be ever engaged, so that when the devil calls he may find you occupied." — St. Jerome.

Device/Apps/Info: Shot in Venice Beach, CA. with Hipstamatic ( John S. lens, BlacKeys Super Grain film ), cropped a bit in Snapseed, as well as increasing the structure and detail in the background, brought into ScratchCam for the toning, and then added the "Thin Black" frame from Camera+. 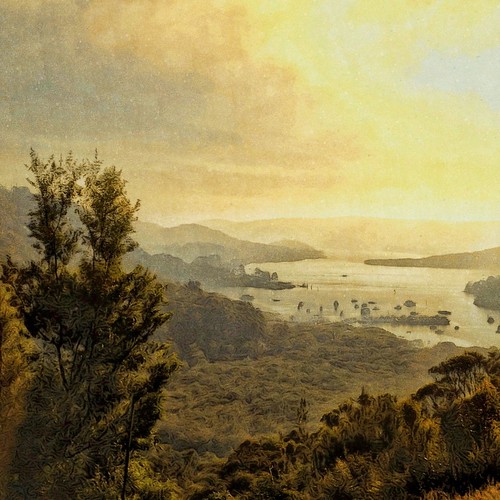 Title: View from the train

Device/Apps/Info: Taken in 6×6 in moku hanga and Photocopier 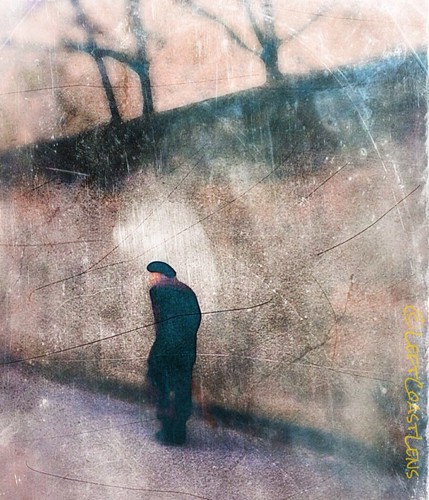 Device/Apps/Info: This image was taken as I was in the passenger seat of a car while driving through a village here in Northern Spain. I saw the man from a distance walking down the street and knew I wanted to try and take his picture, there was just something about him! As we drove by I managed to get a few shots. For the processing, it was just a simple mix of blurfx, scratchcam and photo toaster. 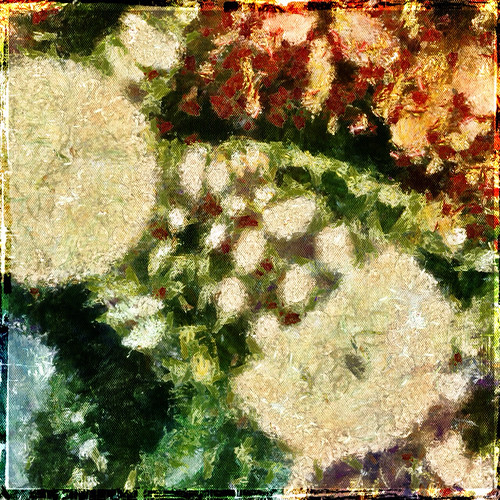 Title: Approaching Eclipse Over a Garden

Device/Apps/Info: For "Approaching Eclipse Over a Garden" I used the following Apps: Percolator, Decim8, AutoPainter II, PhotoCopier and BeFunky. For abstracts I begin with the first two, Percolator and Decim8, so as to distort my original photo. I used BeFunky to crop to square (my usual preference), and again at the end to brighten and frame. In between I used AutoPainter and PhotoCopier for texture and color. Very often I’ll go back and forth between two or three different Apps, again and again until I get the look I want, particularly for texturizing and yet maintaining the desired color. There wasn’t quite as much of that with this image, however, because I wanted to keep the lightness of the ‘sun’ and ‘moon’, also the yummy color in the ‘garden’. 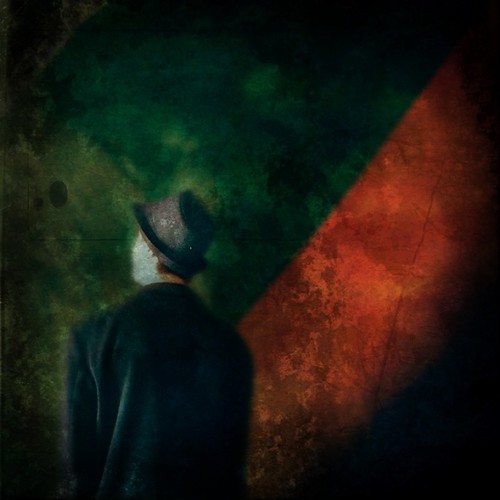 Title: Me and my Shadow 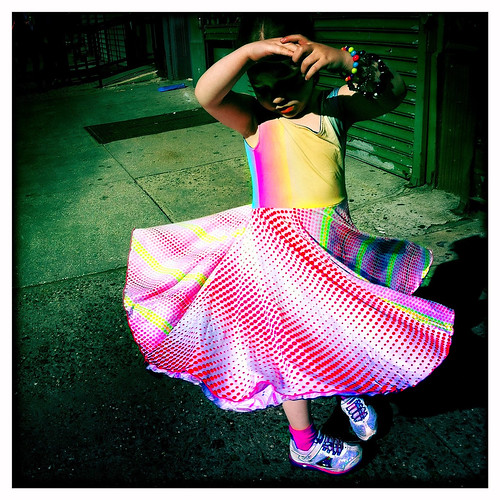 Device/Apps/Info: "Flamenco" was shot with Hipstamatic and processed on Filterstorm. 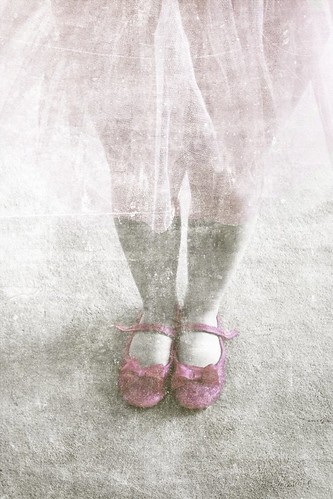 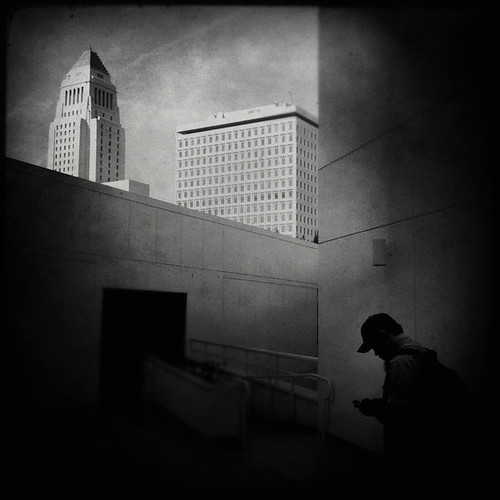 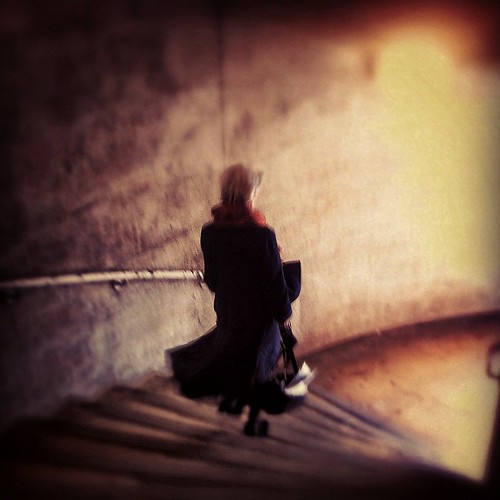 Device/Apps/Info: iPhone + to be confirmed 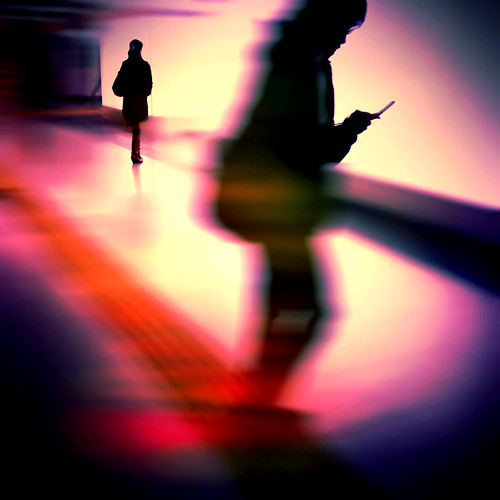 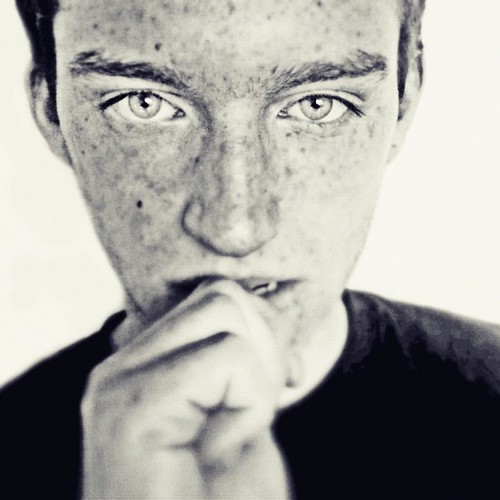 Device/Apps/Info:I really wanted the eyes to ‘pop’, so I had a clear intention from the start. I shot the image with the 6×6 app. I used Filterstorm to crop, scale, auto expose and sharpen. In Camera+ I used the clarity/HDR tools to accentuate as much detail as possible. Photofx (paint tool) to clean up the white background. Then in Snapseed, I used tilt-shift to give a shallow depth of feel. Then back to Photofx to turn the image into B&W (oldphoto/Kallitype). I used Blender to merge the colour and B&W version to soften the values and then Monochromia for final B&W.