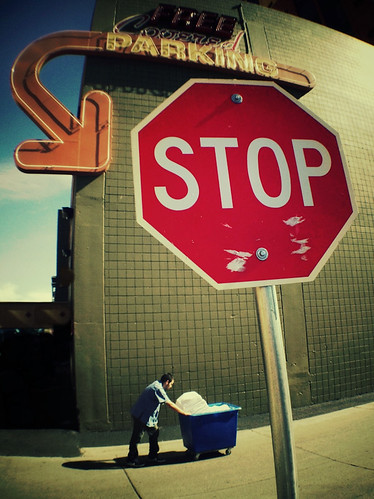 “Nothing is work unless you’d rather be doing something else.” — George Halas

ackstory/Apps used: This photo was taken with Hipstamatic Loftus Lens + Pistil Film and edited with Snapseed. 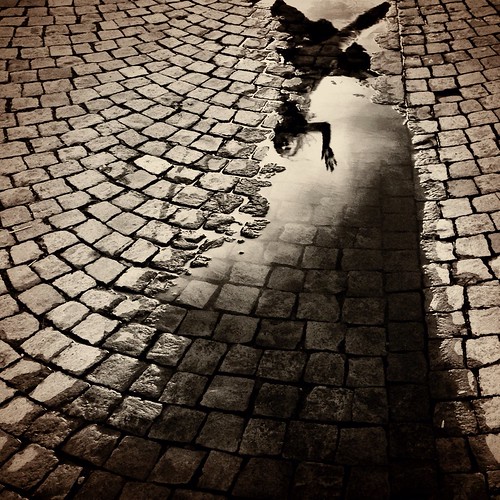 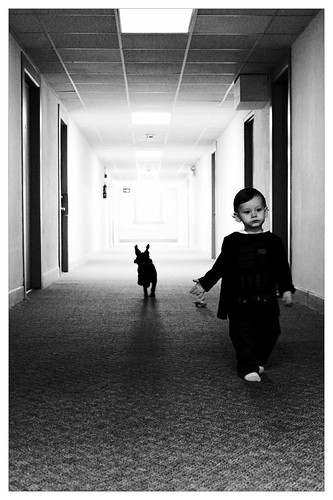 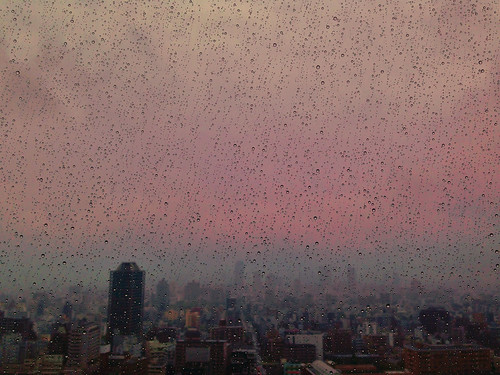 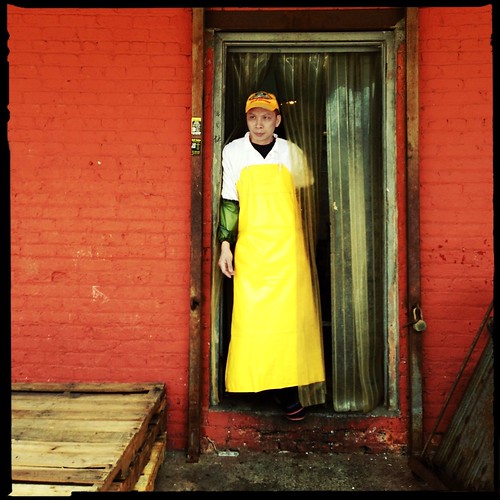 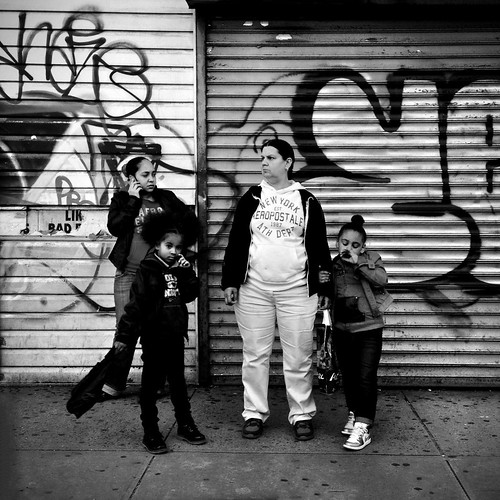 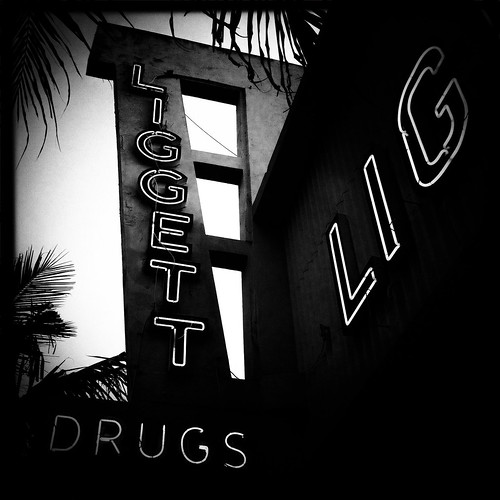 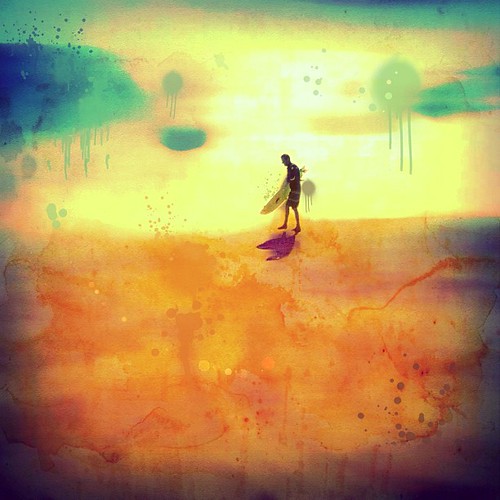 “You can’t stop the waves, but you can learn to surf.” -John Kabat-Zinn

Backstory/Apps used: My usual technique is to "stack" effects from various apps, using masks to erase the parts I like and eliminate the parts I don’t. My goal here was to create a very painterly image. 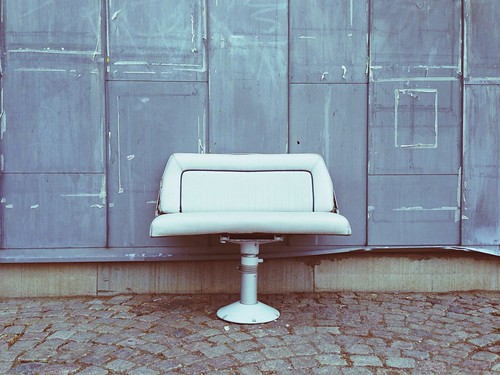 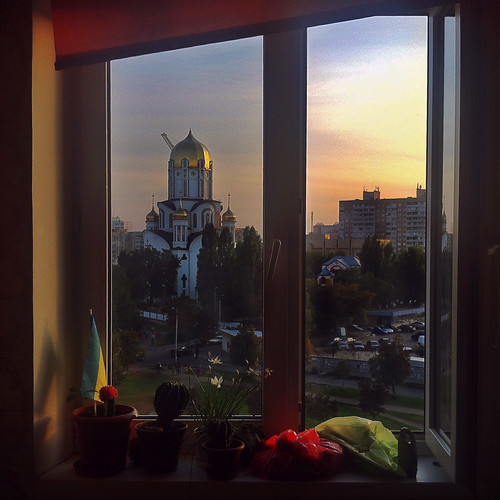 Kyiv. Urban sight. by grocap
Backstory/Apps Used: I don`t remember all the apps I used. But I certainly used Snapseed (I use it with all my pictures) for proper lightness distribution all over the frame (i use selective adjustments) and then I think I used photoforge 2 for precise colour adjustments. 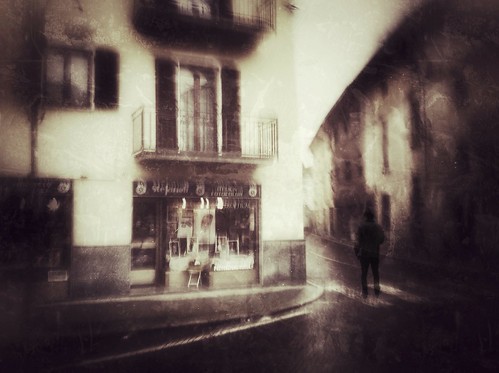 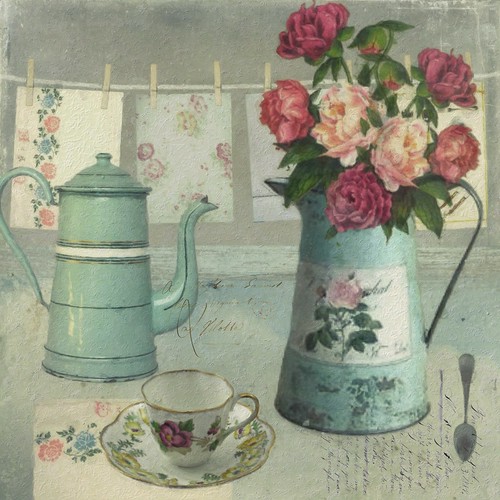 Summer Roses by Sarah Jarrett
Backstory/Apps Used: Part of my freelance work involves producing images that are licensed for cards and stationary. I’ve been making card imagery for the last fifteen years and never tire of this hungry market that always desires something new and different. I’ve returned to still life quite a lot recently for this. I am constructing these pictures in Superimpose – building with lots of individual elements taken from my pictures to make a new cohesive image. I was looking to create something quite vintage looking, romantic, antique with fresh but delicate colours. I move the picture into Procreate and add texture with paint to the objects, hand colouring and also balancing colour. My favourite paint brush in Procreate is Sable in the Organic set. I use Miracam and Laminar to tweak colours and contrast and finally add type from old bits of writing in Superimpose. 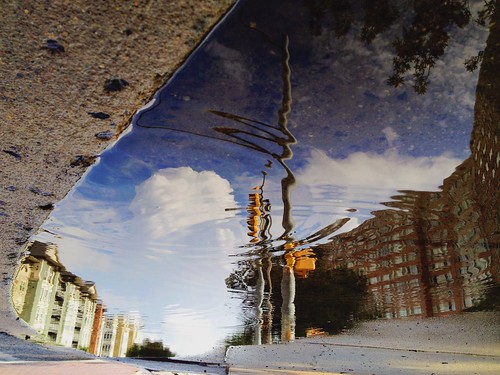 Pentagon City | June 10
Backstory/Apps Used: Taken with ProCamera to use the focus and metering separately. Edited with the new VSCO Cam.
I wanted to photograph the ripples in the puddles just after the rain had stopped and sun had come out. 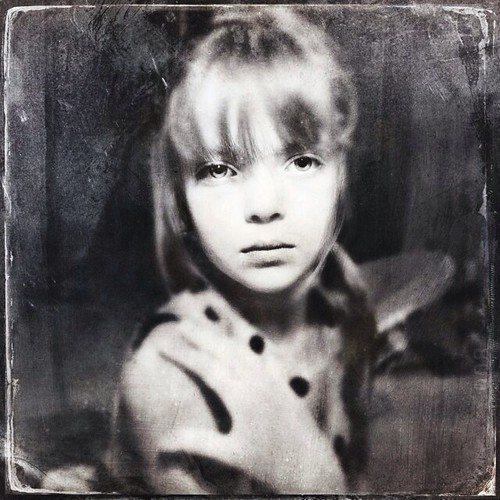 Bali. by PatStH
Backstory/Apps Used: Here is my process. Hipstamatic then Mixtures and Snapseed. Living in the country I take pictures of my girls. Love fairy tale and English tales. Using black and white allows me to create the mood I like. My girls take part in the creating process by bringing their idea to the photos we do together .thank you ever so much to take time to feature my work. I’m honored to be part of such amazing artists. Sorry about my English I’m French from Québec Canada. Blacksmithpat on IG,EyeEm and PatStH on Flickr ,Patrick St-Hilaire on AMPt 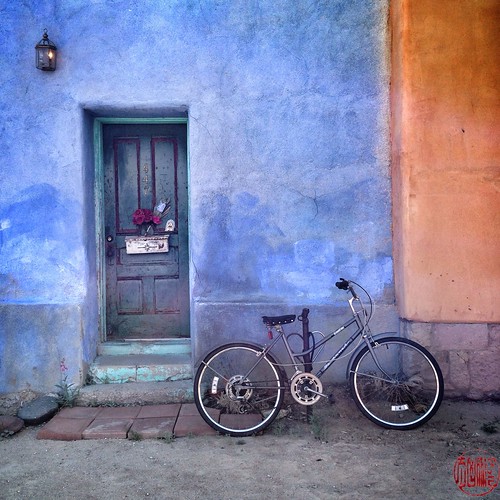 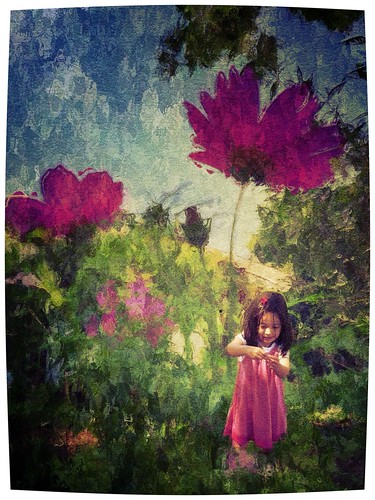 My head is a storm… by Veronica(By The Twilight
Backstory/Apps Used: This photo is actually two photos that are shot in hipstamatic. The original shot of me was created using the Tinto 1884 lens with the d-type film. The second shot was with the Tinto 1884 lens and the c-type film. I merged them in the app Image Blender and colorized the final photo in iColorama. 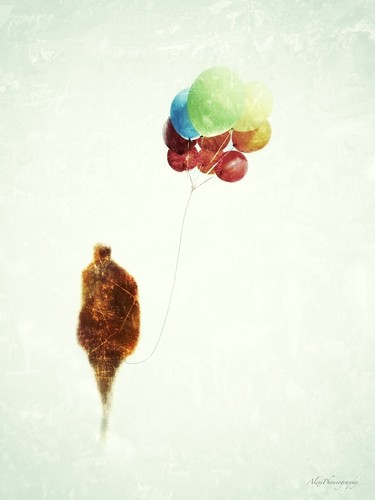 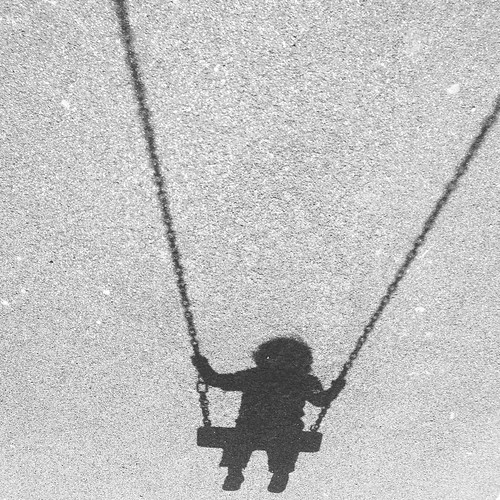 In my mind’s eye, you will stay like this forever by ó brendan
Backstory/Apps Used: It is an instagram shot – straight up – filter – willow.
The shot is of my little boy’s shadow as he swings on a swing in the sunshine. 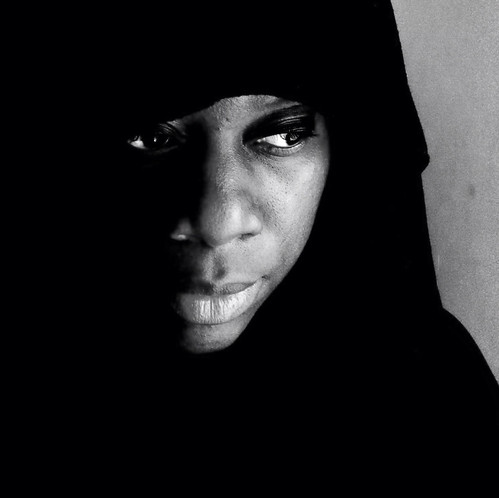 Solitude of the heart by Paula Gardener
Backstory/Apps Used: To be confirmed
Apps Uncovered Friday 7 June 2013
Selected by Nicki Fitz-Gerald 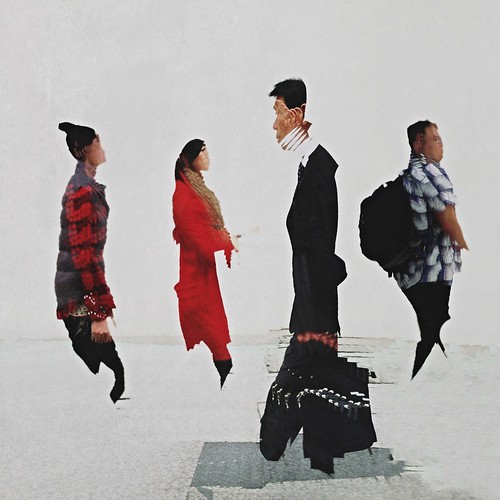 Creative Destruction by mutablend
Backstory/Apps Used: I have been influenced by many things in my life. Also words of wisdom is one of my source of inspiration. Pablo Picasso said, "Every act of creation is first an act of destruction". And that is why I started creating the series of these abstract human figures by Slowshutter app. The following are the apps.
Apps : Slow Shutter, AntiCrop, PhotoToaster and MagicHour 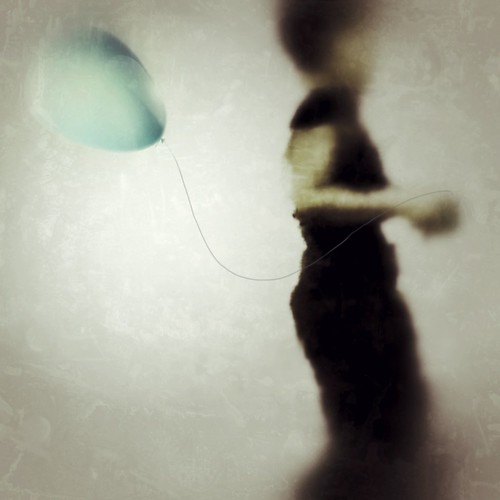 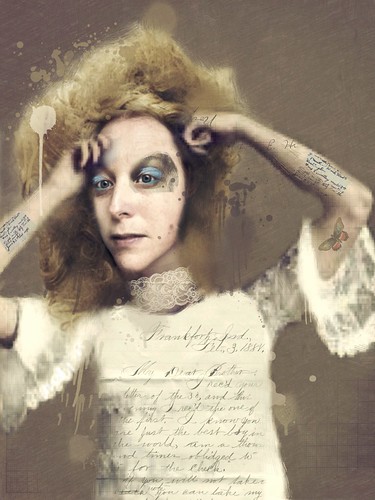 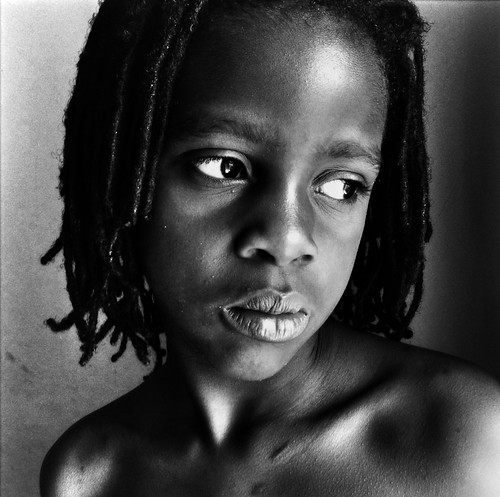 Day Dreamer by Paula Gardener
Backstory/Apps Used:
I love portrait photography especially when the light is perfect. So anyone living in the UK will know the weather has been lousy lately. So the moment the sun is out, so did my iPhone. My son was watching me shoot some self portraits, while he was standing by the window the sunlight reflecting off his face was perfect.
For post editing I used Snapseed, my favourite go to application. Firstly I enhanced the image within the ‘Drama’ menu and then changed the colour to black and white, tweaking the contrast. Finally I blurred the edges out using the ‘Tilt Shift’ menu, just to give more focus on his face. I chose the title ‘Day dreamer’ mainly because he actually wondered off mentally as I was shooting him. I think he was bored or just hungry, I was just glad he wasn’t pulling faces. 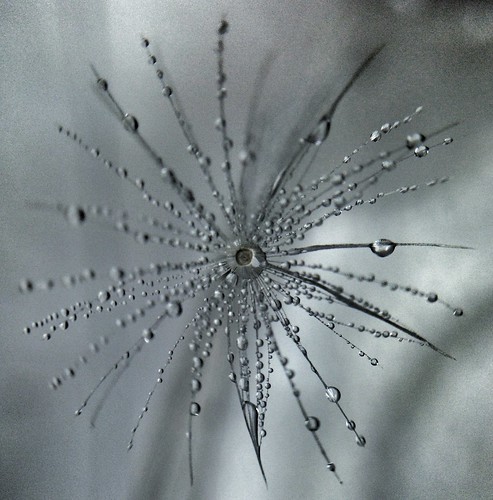 dandelion spokes by Broo_am (Andy B)
Backstory/Apps Used: Macro of dandelion with water drops impaled on the spokes of the dandelion seed. Macro iPhone bw. The apps used – pro HD. I love trying to capture anything beautiful and interesting on my iPhone. I particularly like trying to capture the macro world. 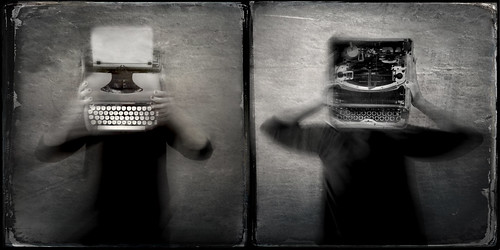 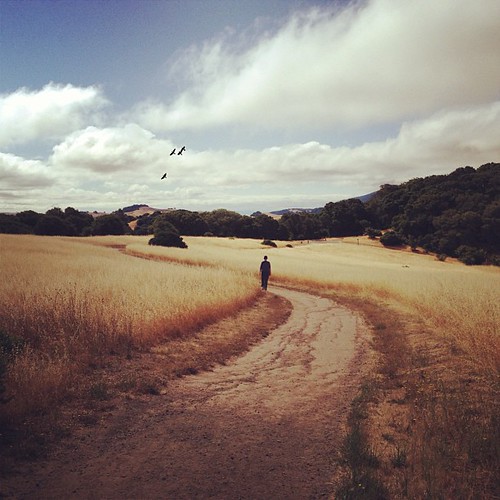 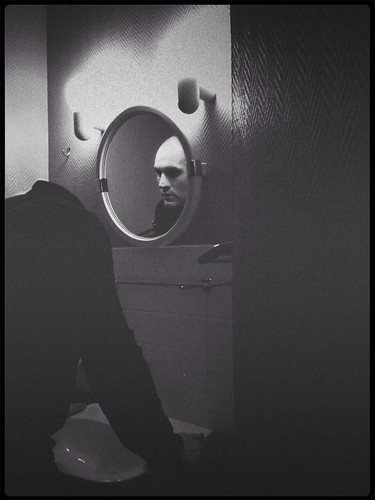 Who am I? by cedric blanchon
Backstory/Apps Used: This pic is the éternal question , “To be or not to be, who are we?” I have already dealt with the subject, along with other pictures, the character Of the headlessman (which i love) gives the surreal side that i love so much! I used camera+, Image Blender, Noir, Afterlight apps and I shot with my iphone4s. 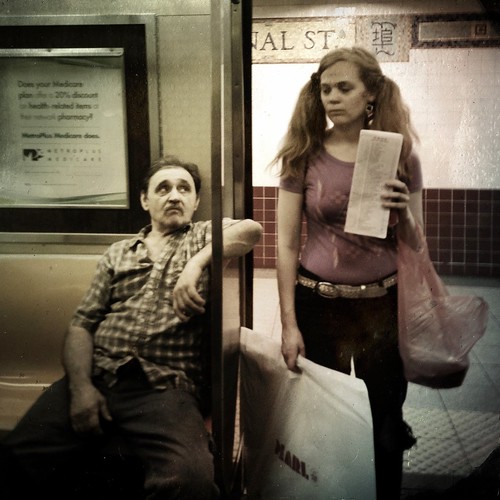 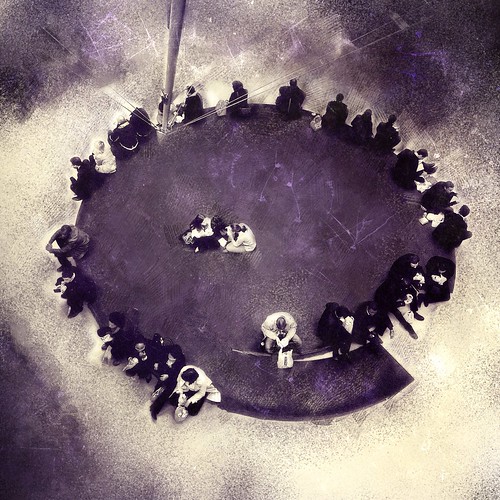 The outer circle by Gladly Beyond
Backstory/Apps Used: The info about the apps is in the description and in the tags on Flickr; Shot and edited on an iPhone 4S, stylus used for finer work in Repix. The shot, which started off in black and white, was originally taken with Oggl but reprocessed outside it. It was taken at lunchtime in a large shopping centre at La Défense, just outside Paris. Those are all people sitting around having their lunch.
Sharing