Welcome to another jam-packed and info-rich Apps Uncovered, our weekly feature, showcasing iPhone art and photography from around the world.
Louise Fryer is no stranger to the Apps Uncovered feature and this week she takes the lead spot with her striking and alluring image “All The Things She Said.” Wonderful work Louise!

All The Things She Said by Louise Fryer

This piece was edited in Superimpose, ArtStudio, Facetune, iColorama and LoMob. This image came about as I was experimenting with some new ideas. I used myself as the base photo and the rest is manipulated using the above apps. 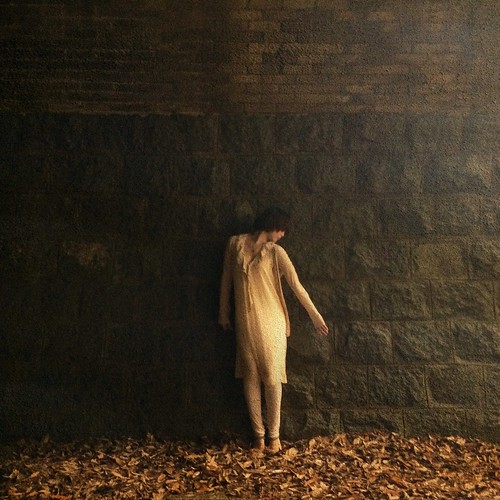 Silhouette of her that was assimilated into the light and color of this location gave me a strong imagination. 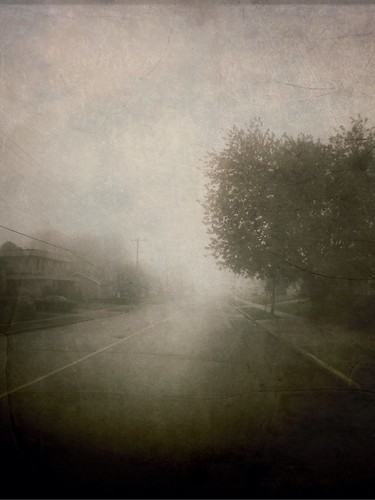 Among my few obsessions, I must confess a melancholic one, focusing on what disappears, has disappeared and will disappear. It’s one of the subjects that iPhoneography allows me to express and explore. Usually, I usually have to do some editing in order to represent this. For this picture, however, even if the editing process helped accentuate this impression, the disappearance was first expressed by the scene that I photographed: a dense fog that made everything disappear over thirty meters.

The place where I took the picture is very familiar to me: this is the neighborhood where I’ve been living for 8 years now, its houses, trees, streets where I often walk. Through their familiarity, the places we inhabit seem unalterable, unchangeable, shelterd from time. That day, because of the fog, my neighborhood lost its familiarity, its usual form, its obvious permanence, and seemed as likely to disappear in time.

I emphasized this impression with the edit. In Stackables, the formula “Pale World” produced most of the texturing effect, darkening and desaturating the image. As the result was a little too dark, I lightened the picture a little with Snapseed and then cropped it (bottom portion of the image was only black). I finally used Handy Photo to remove a power cable on the right side of the image. 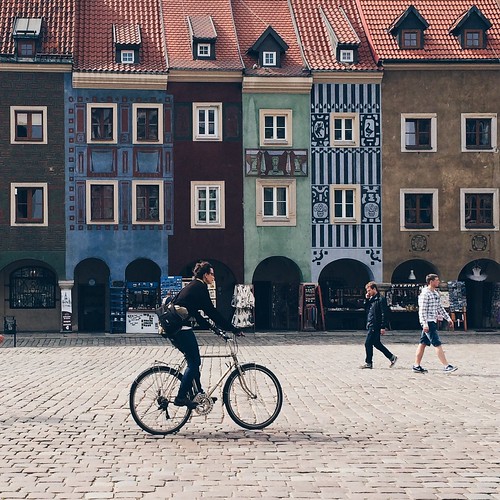 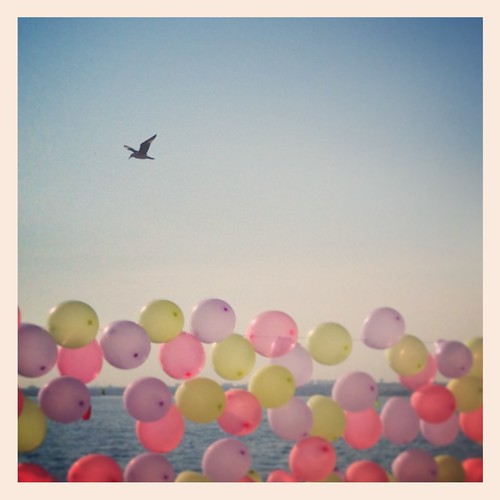 This is a scene from a walk by the seaside on the Asian side of Istanbul on a gorgeous early fall day. On the seaside promenades, it’s common to see rows of balloons strung up between two posts by men looking to make some money by having people try to pop the balloons with a bb rifle for the cost of small change; a game that would be familiar to anyone who’s been to a fair. In this instance, I was struck by the rather stylish choice of pastel colors for the balloons and wanted to get a shot of them somehow. The man responsible for this set up was crouched on the rocks next to the balloons, facing the sea with his back turned to me.

I took the shot with him and the balloons side-by-side, with the classic silhouette of Istanbul, the domes and minarets, on the horizon. A nice, if somewhat cliched, composition. It wasn’t until I got back home and started playing around with the image on Instagram that I noticed the gull flying above the balloons against the blue sky. It’s completely appropriate for this city, where it’s rare to shoot anything that includes the sky without at least one seagull getting in the frame. I cropped out all the other elements that I actually had thought would make the shot, the man, the silhouette, etc. and went for this simple – and to me, much more satisfying – image instead.

I’m a complete novice with photography and editing apps. Up until recently I only used Instagram to post for a very small audience of friends and family. It’s the results from happy coincidences like this one that have gotten me to take a closer look at the possibilities with iPhone photography. 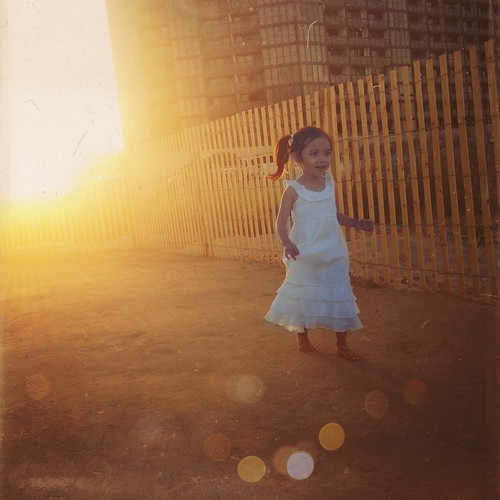 Backstory: We were on holiday vacation and we decided to take family pictures at sunset on the beach. I ran ahead of my kids and waited for them to run down the path to the beach.
Post Processing: I started in Snapseed for cropping and slight adjustments. Then added the bokeh in Picfx and added texture from Mextures. Last step in Blender, masked in highlights in the hair and dress.
Apps used: Snapseed, Mextures, PicFX and Blender
Iphone 4s-native camera 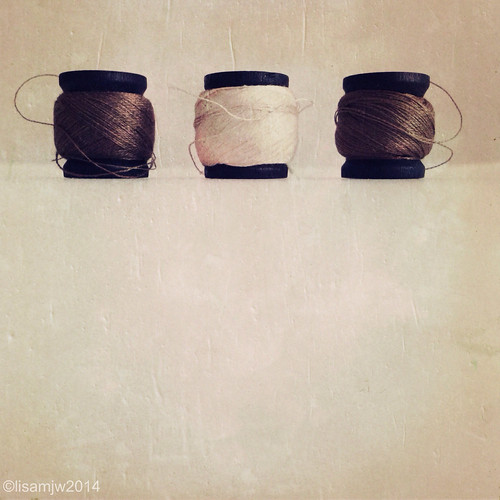 Standing at Attention by lisamjw

Standing at Attention is part of a series I am doing entitled Family Heirlooms. These spools of thread came from the US Army issued sewing kit that belonged to my father-in-law while he was fighting in Europe during WWII. It’s amazing that they are still in such good shape. I shot the image with the Hipstamatic camera using one of my go-to film/lens combos; the Hongdae HipstaPak. I think it’s perfect for my minimalist style and it also gives the image an aged look which is also perfect for shooting family heirlooms! 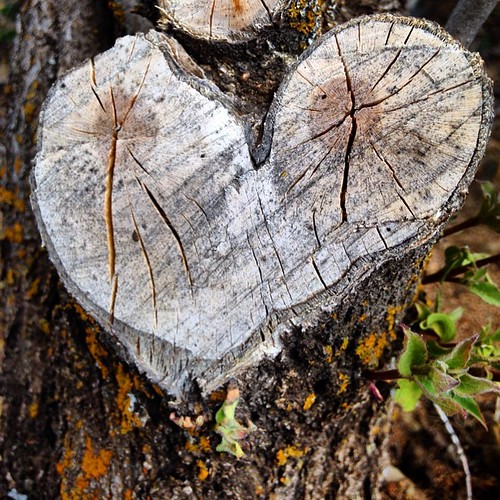 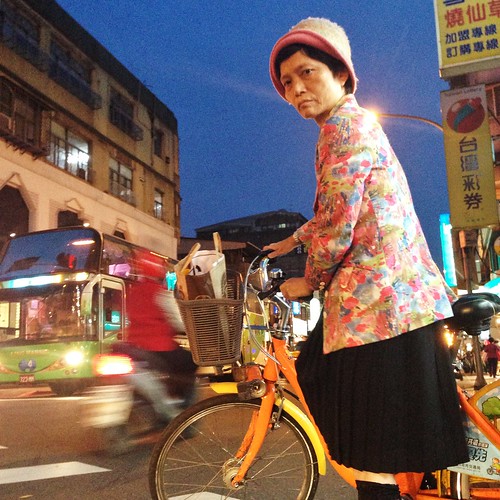 What the mirror does not reveal by Brendan Ó Sé

This was taken in Taipei, Taiwan. I was waiting at an intersection to cross the road when this lady appeared next to me with her bicycle. Attracted by the bright colours of her clothes and bicycle, I bent down to frame the shot from a low perspective. Seeing me do so, she threw a befuddled look at the silly guy with the iPhone trying to take her photo.
I used Snapseed to play with contrasts and colours. 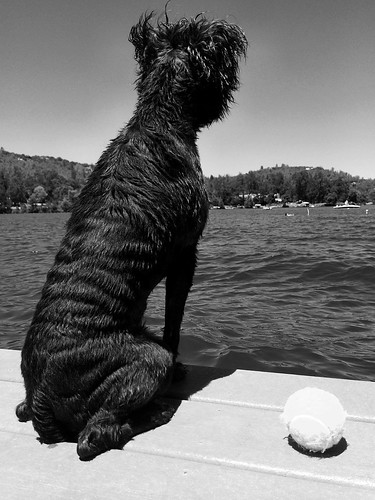 That’s great ! For this particular shot I followed Boston the family dog to the edge of the dock at the family lake house. He took a time out from chasing his tennis ball into the water in order to keep a watch eye on the family members as they pulled away from shore on there boat. I thought it was a great opportunity to capture the commitment mans best friend has to his family, no tennis ball could distract him from that bond. I decided to crouch to his level in order to really capture the view he had an his posture. For this picture I used The Camera+ app took out the saturation to bring it to black and white, added a clarity effect and sharpness for texture. The iPhone 5s has such a clear shot in this I didn’t need to tweak it to much… 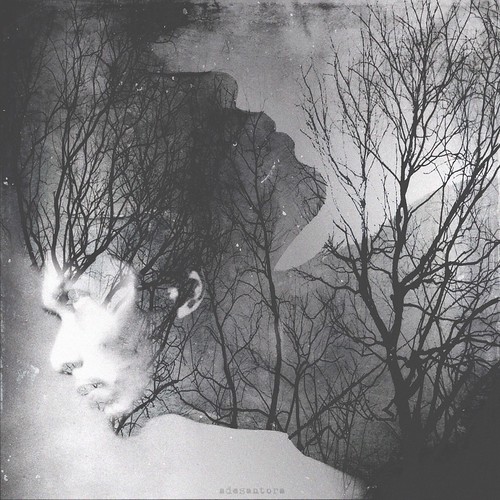 I took this photo at the sunset about a month ago in a country road near where I live, the light and the cypress tree was perfect.I used Hipstamatic with Jimmy, DC and Jolly Rainbo 2x, next I made the adjustment of brightness and contrast in Snapseed.
In Leonardo at the end, I added a couple of textures and I made the final tuning.