Welcome to this week’s Apps Uncovered where we feature a range of iPhoneography talent and reveal the creativity and techniques behind each of the iPhone images featured. Repetition and pattern, regular and irregular can play an important role in photographic images. In today’s selection, the first half of the gallery showcases photos where repetition and pattern feature strongly in the images, both as dominant and supporting roles.

Our lead shot this week is Tomaso Belloni’s stunning abstract shot “Face Value” taken with the Apple iPhone 7 Plus and edited with Snapseed. The dominating repeating white bar pattern of the external staircase is echoed by the facing black line patterns to the right. Synchronised with the strong verticals, extraneous surrounding details removed and enhancement of the slightly subdued colours contribute to make this a wonderfully dynamic and compelling photo. 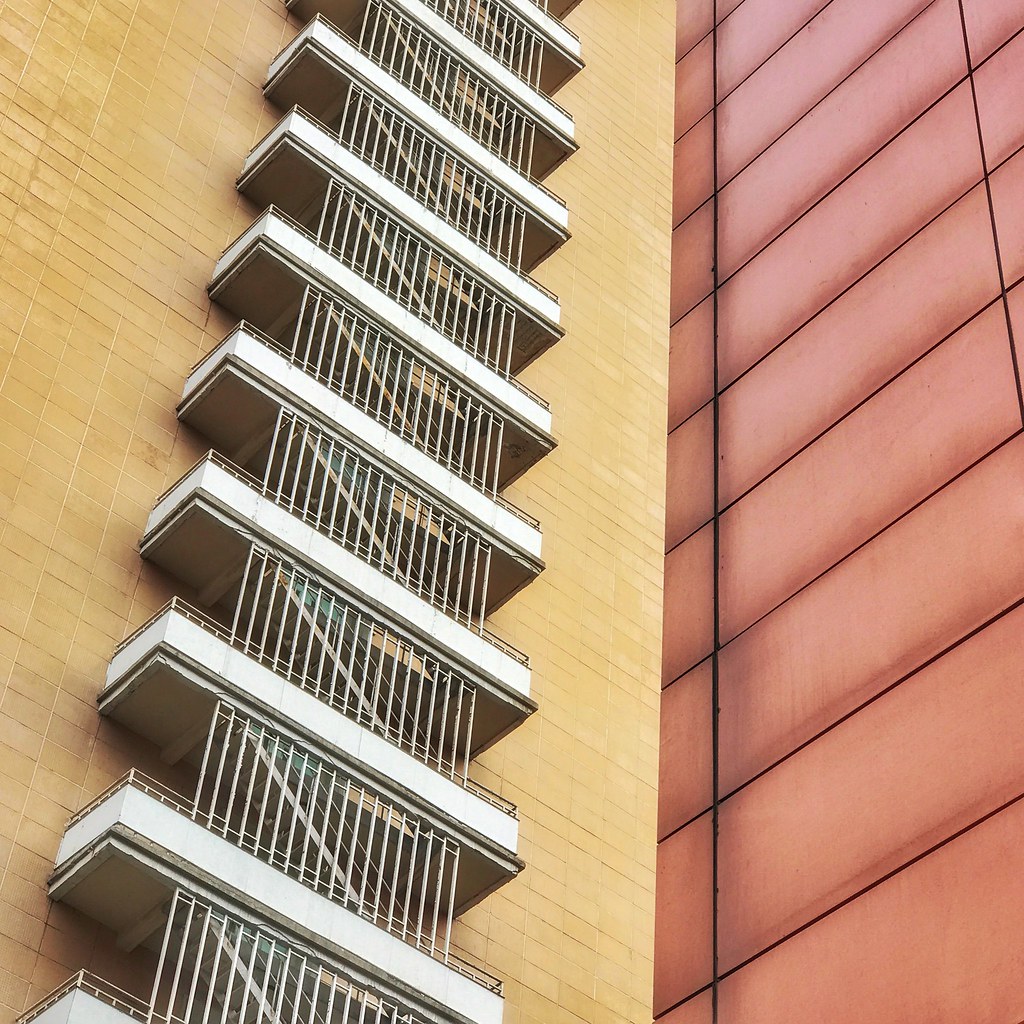 Apps used: I shot the photo with the iPhone 7+ “zoom” camera and edited with with Snapseed. Backstory: Beijing is full of photo opportunities wherever you look. I was walking through a busy street in the center of town under inclement weather when I saw these two buildings. The colors and the patterns, including the emergency stairs, were irresistible. I looked for a framing that would make them connect in a way that would remove the third dimension. 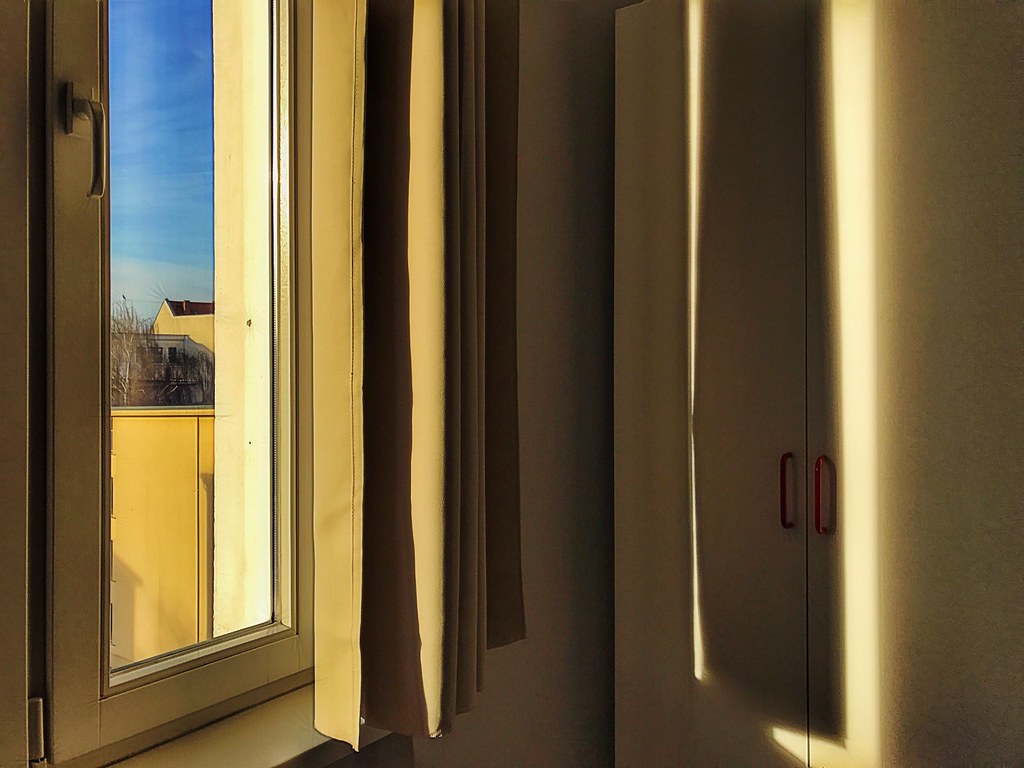 Apps used: The photo was processed in Snapseed and iColorama.
Backstory: I was lying in bed when I noticed this stripe of sunshine which is a rarity in December in Germany. I was aiming for a look like a photo-realistic painting, but in this case it was a photo with just a hint of a painting. 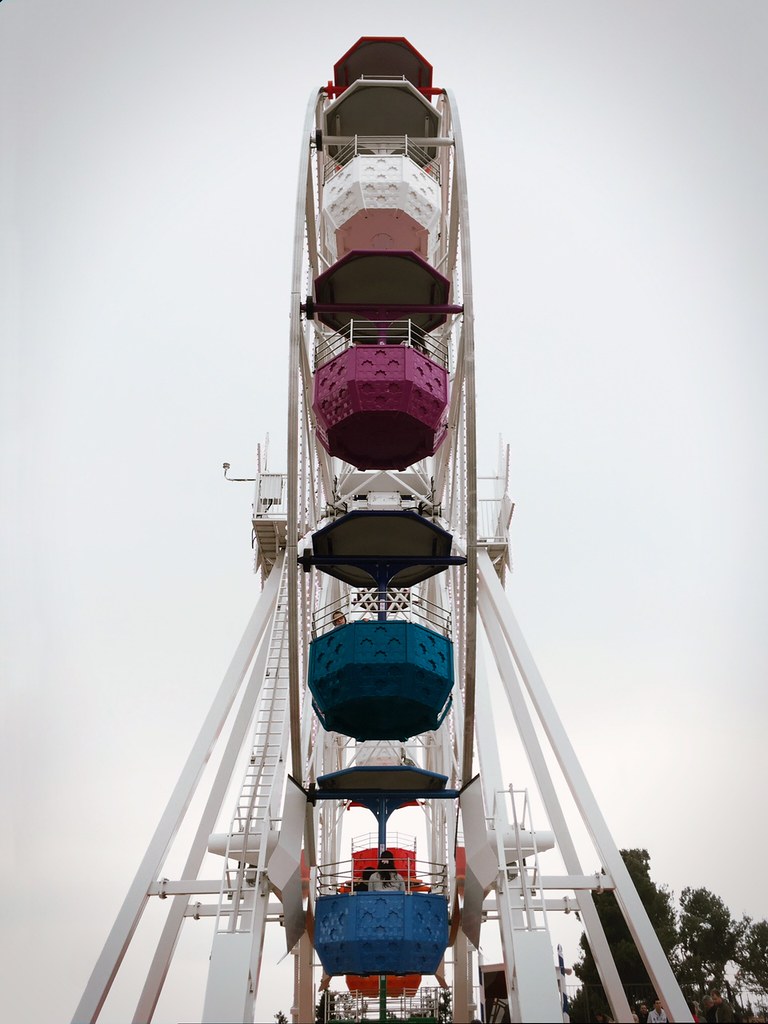 Apps used: Apple iPhone 6 with Snapseed and Enlight
Backstory: this scene was shot in Barcelona at the Tibidabo amusement park. It was only cropped and enhanced in Snapseed and improved color of empty space in Enlight. 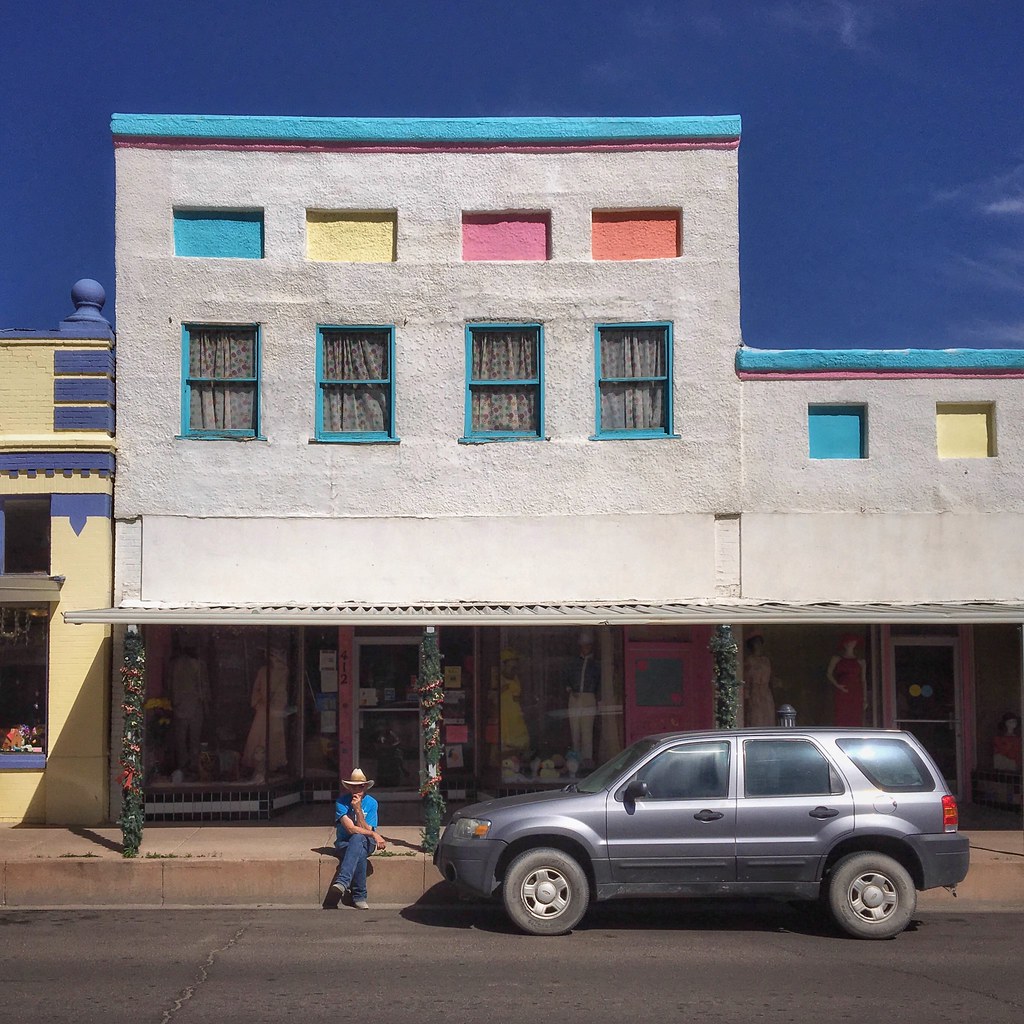 Apps used: I took this with my iPhone6s, using the native camera and then snapseed just for balancing the exposure a bit, since the white façade and cobalt sky were both so crisp. Silver City, New Mexico, is just a three-hour drive from where we live in Tucson, so an easy day-trip for some change of scenery and climate. It’s an old mountain mining town that’s also home to a small university and a vibrant arts abd foodie community. The 19th-century Old West architecture includes many restored and repurposed façades—a photographer’s delight.
Backstory: This simple streetfront, with its whimsical blocks of color that reminded me of children’s ice cream flavors, caught my eye, and then seeing the guy in the hat, waiting under the pastels—he added the right human element: that’s when I felt the scene conveyed some true ‘sense-of-place.’ 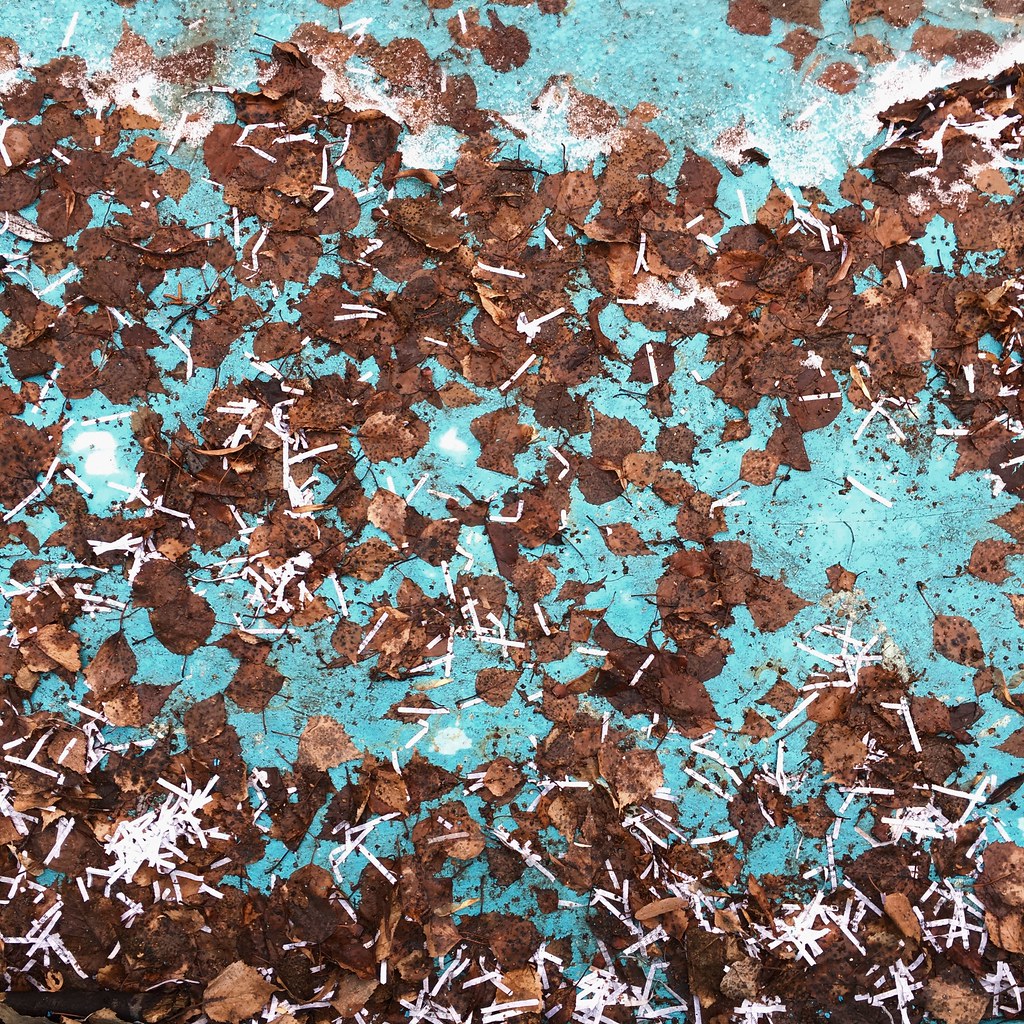 Apps used: The picture is taken on the iPhone 6s Plus through a program that is still under development (beta version) – Dehancer (ex-Degradr). No further adjustments were made to the image – he pointed and clicked the shutter. Backstory: Not far from my office is the old fountain … How old is he? I can not say for sure, but according to available data, not less than 60 years. Every spring and autumn leaves from trees fall into it. The fountain still does not work and there is no water – not the season, but from the inside it is painted with beautiful turquoise paint. This time, the snow has not yet fully melted, it can be seen on the top of the photo, but apart from snow, there were finely chopped pieces of paper. Who scattered them and why – a mystery. But it’s not snow. Pass by such a color and such a scene without taking a picture I could not. 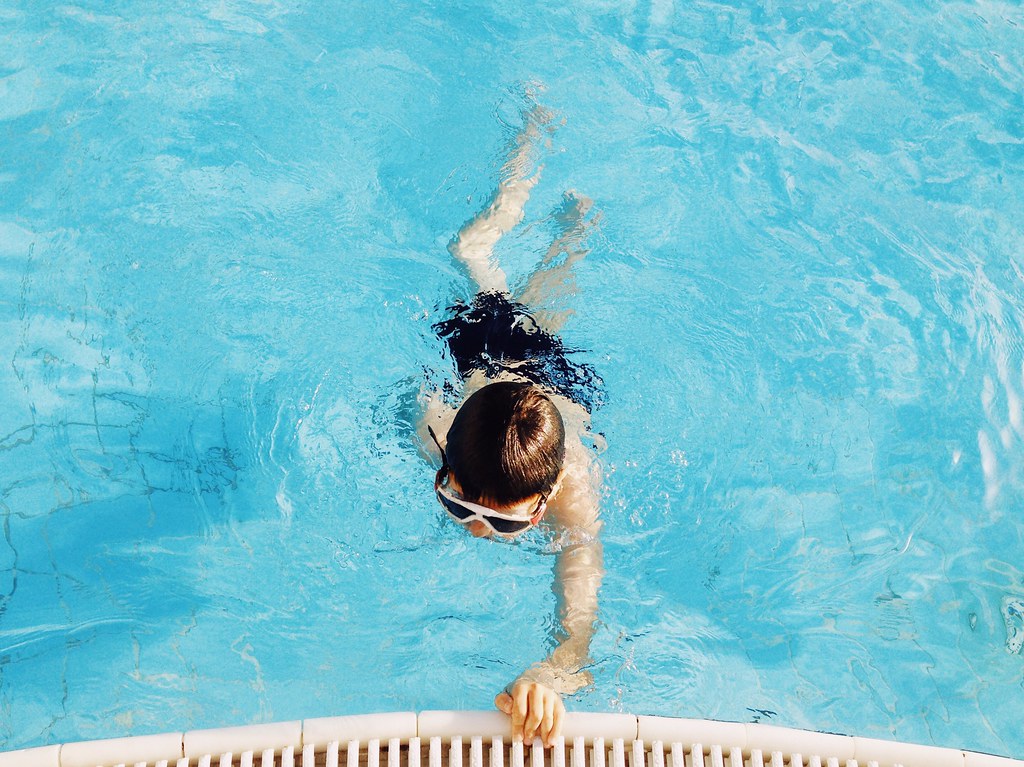 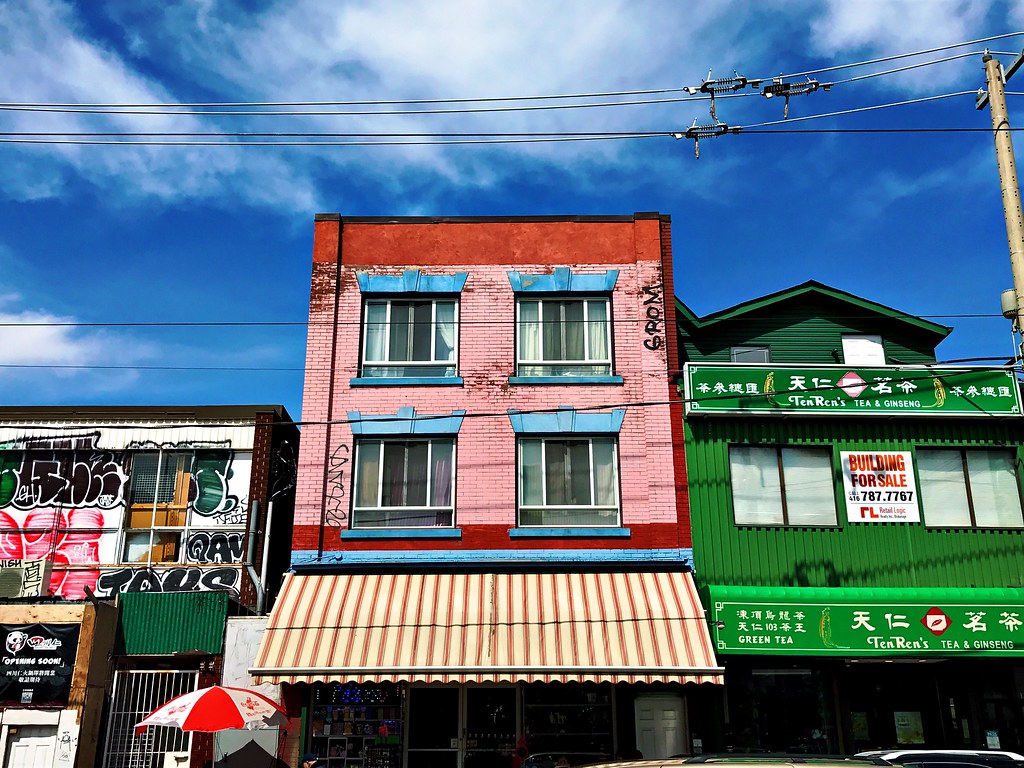 Apps used & Backstory: I’ve been attempting to capture this amazingly colourful building in Chinatown for some time. I was finally able to get a bit closer with the optical zoom on the iPhone 7plus. Shot and edited with Hipstamatic. 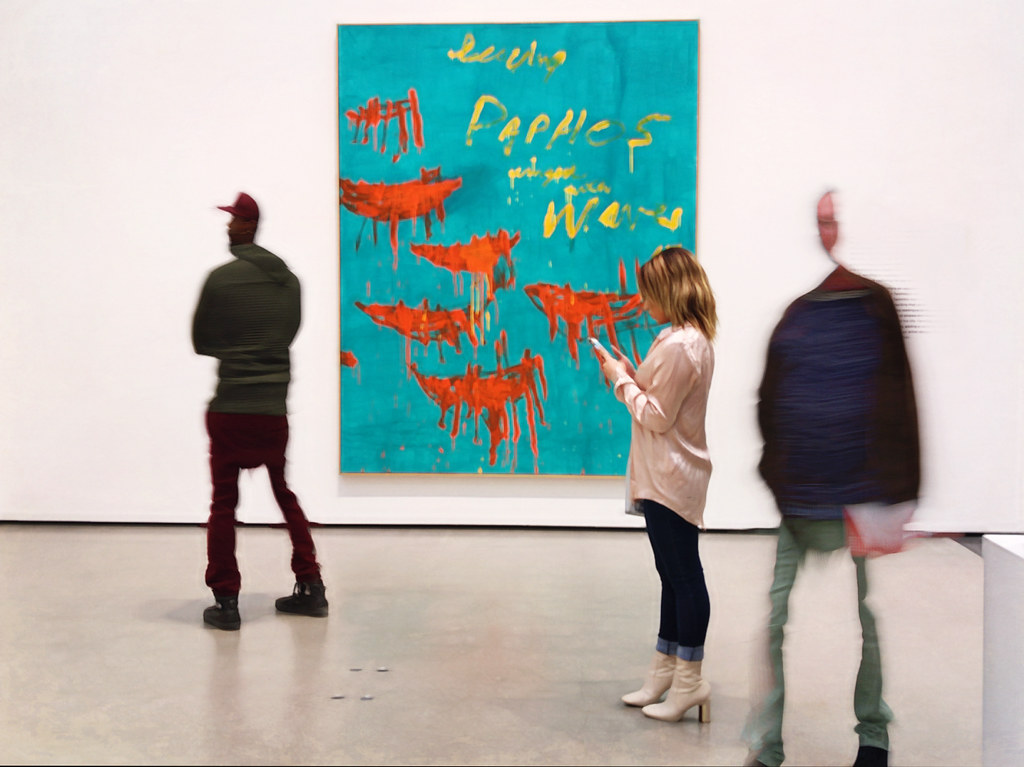 Apps used: This photo was taken at the Broad museum in LA with the SlowShutter app and processed in iColorama to bring out the colors and contrast and partially remove a sign on the wall. I love photographing with the SlowShutter app at this museum to get interesting movement of people with wonderfully colorful backgrounds. I finished with Stackablesapp to reinforce the colors and add a touch of texture. 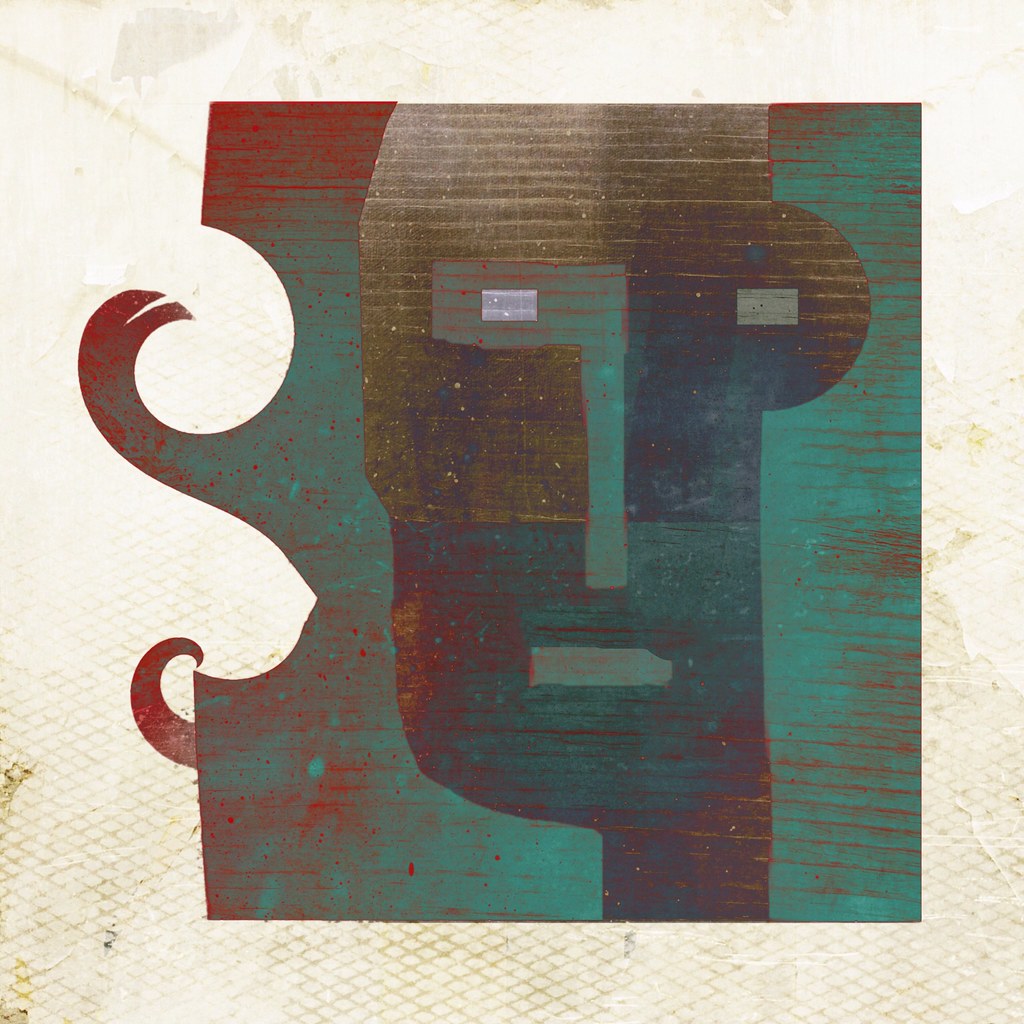 Apps used: The apps used in this piece are a fairly small subset of what I normally use: Procreate, Superimpose, and Stackables. Backstory: “Considering Lilies” is a companion to “The Man Whose Riddles Spoke in Rhyme.” The two pieces were a personal challenge for me to work in abstract portraiture. From my earliest days as a pencil artist I have struggled to render the human form, but have recently been inspired by a number of colleagues for whom abstract portraits are as easy as breathing. “Considering Lilies” is a fresh breath for me, a creative breakthrough of sorts, and derives its title from a passage in Matthew’s gospel admonishing us to not being anxious. 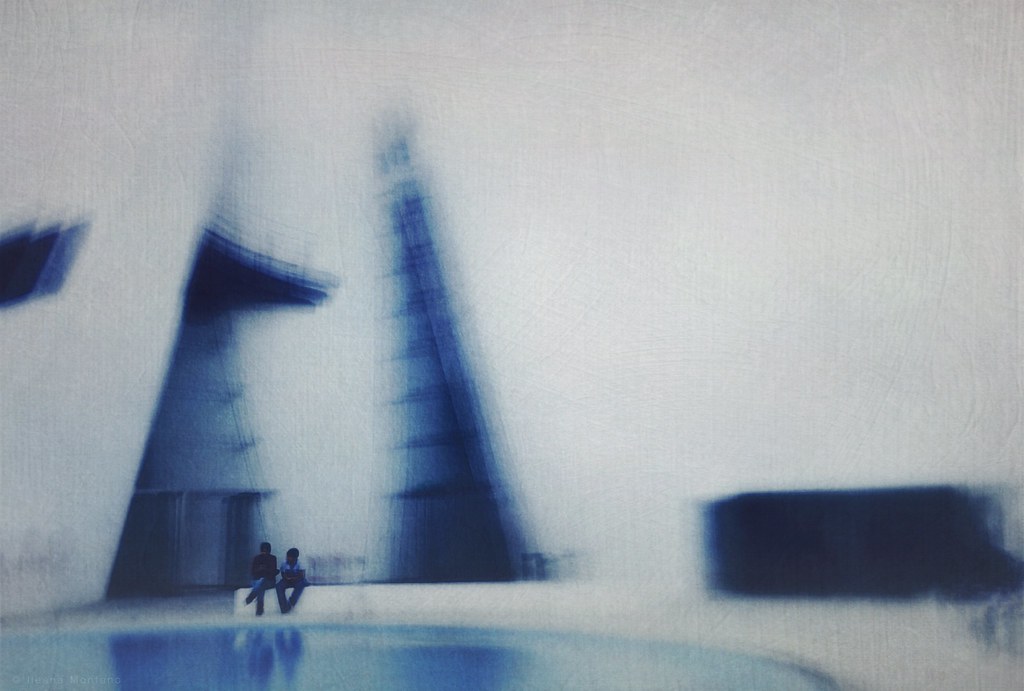 Apps used: This photo was shot with the iPhone native camera, and worked with Snapseed, Blur FX, Union, iColorama and Formulas apps.

Backstory: It is part of a Series called Dreaming In Blue that was inspired by a recent visit to Puebla City in Mexico, where they have been working for centuries this fantastic ceramic, originally white and blue, called Talavera. While walking through some of its modern architectural sites, I had this idea to merge three concepts altogether: the modern buildings of the city, the new style I have been trying to develop, which emphasizes the correlation between shape, light and movement, and the inspiration of some of its more traditional essence.

Apps used: Shot on an Apple iPhone 6+ (iOS v 10.3.1) rear facing camera. I just used Apple’s default camera app and Apple’s photo app to edit the image and the Fade filter. Backstory: The shot was taken on a early morning New York City rainy day. The reflection of the tree caught my eye and the rain caught the rest of me. You can’t let the weather ruin your day.

Apps used: I started out with Mextures then went into Union for the blending and finished it off in Lightroom Mobile.
Backstory: Hands is a series I have been doing for about a year now. This image is part of the 2nd edition. All of the images from my ‘hands’ series are self portraits with my arms and hands framing my face, head and body. The human hands have a way of expressing so much feeling and emotion with simple gestures. 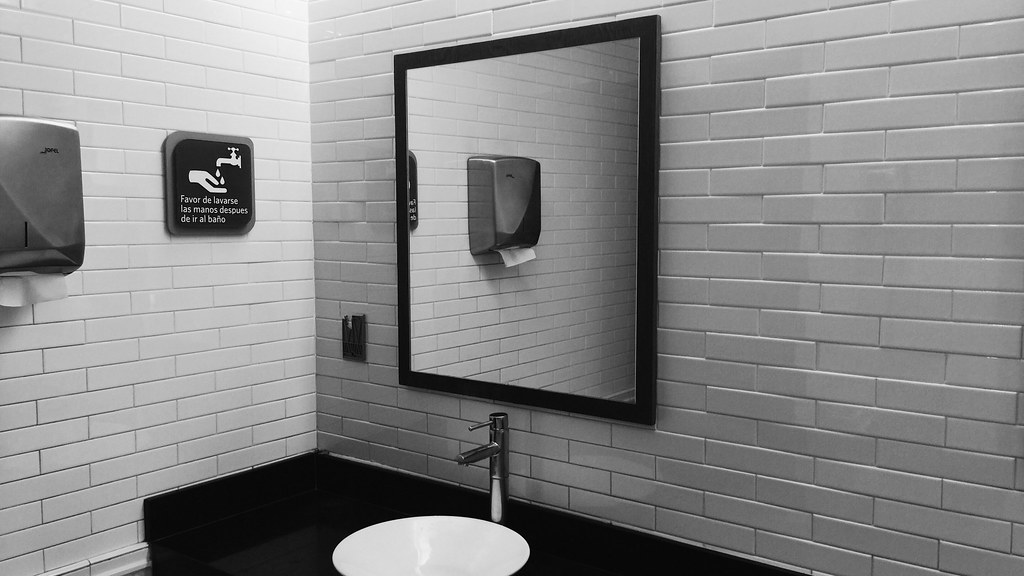 Apps used: Hipstamatic (Blackyes SF + Jack London) Backstory: I went to a restaurant and I fell in love with the light of the bathroom 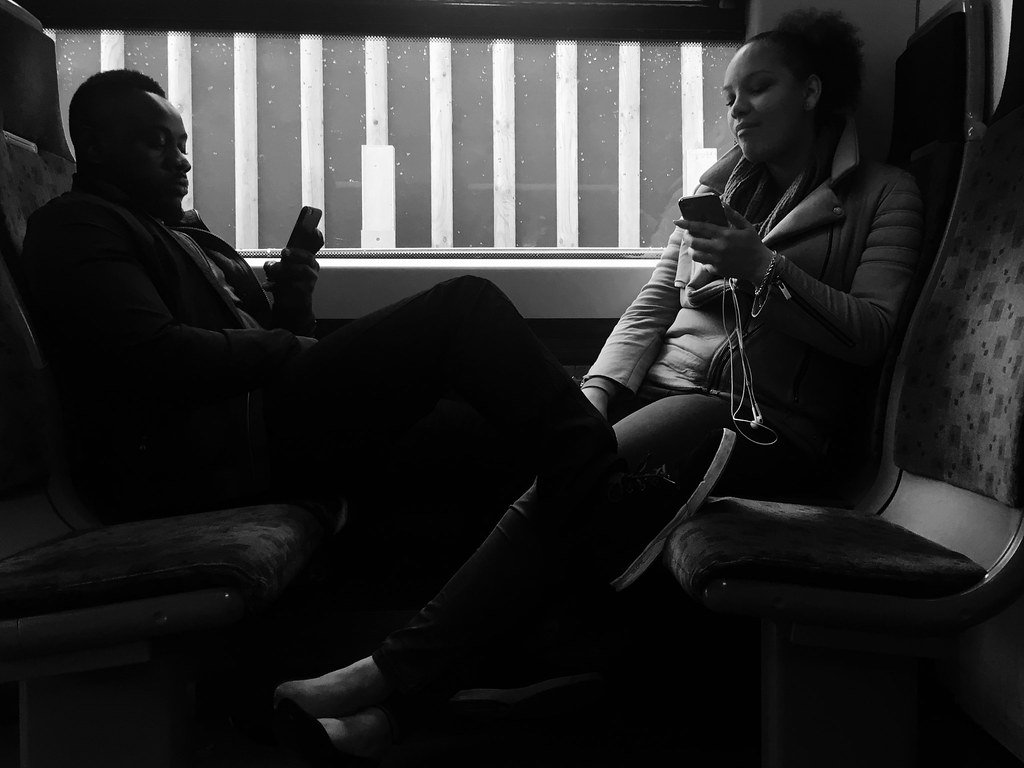 The couple are on a London train… the young man originally sat next to his girlfriend when they boarded the train but then moved across to sit in front of her and put his feet up. I first noticed the view from the window and liked the stripes (vertical lines) so I quickly framed my phone so that the couple couldn’t see or know I was taking a photograph of them (I usually do this as I think people don’t act naturally when they know they are being photographed)
I focused on the young man and took a burst of photos, then the window and shot another burst, then the floor and then the young woman.
I took the burst of photos that focused on the train floor as this had better lighting than the others and chose this shot, as I liked both of subjects gaze and body positions. I think it made the composition look right.
The image is straight out of the camera with little work in post-production… Only just a slight crop. I take all my Camera phone shots in Black&White. I really like this kind of photography. For me, it’s being in the right place at the right time to catch that moment that appeals to me. I like to use Black&White to capture form, shapes, different lighting and I think, with this image the mood created by the shadows also helps to give the right feel.” 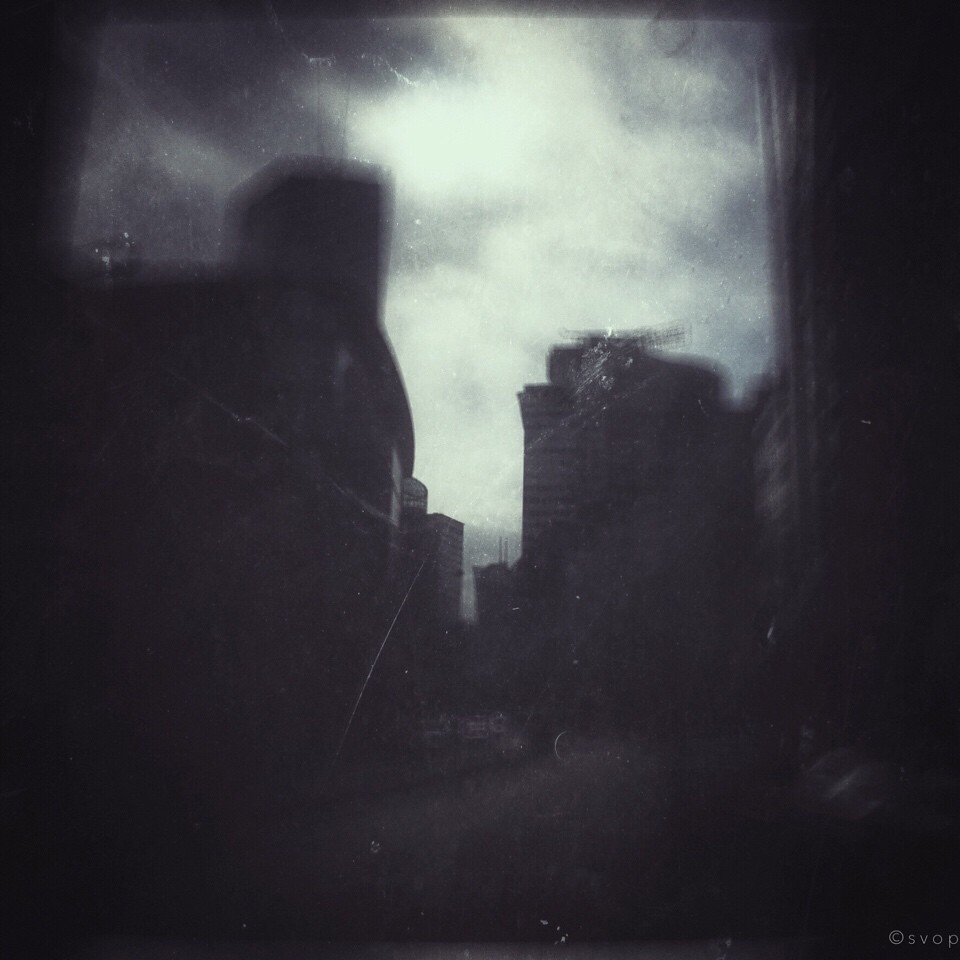 Apps used: iColorama (blur effect) and snapseed were used for editing. Since the last updates Snapseed has become one of my favorite apps for editing my photos. Backstory: At the beginning of April I was in Warsaw. The weather changed all day between sun and rain. I wanted to catch the mood in the city a bit. 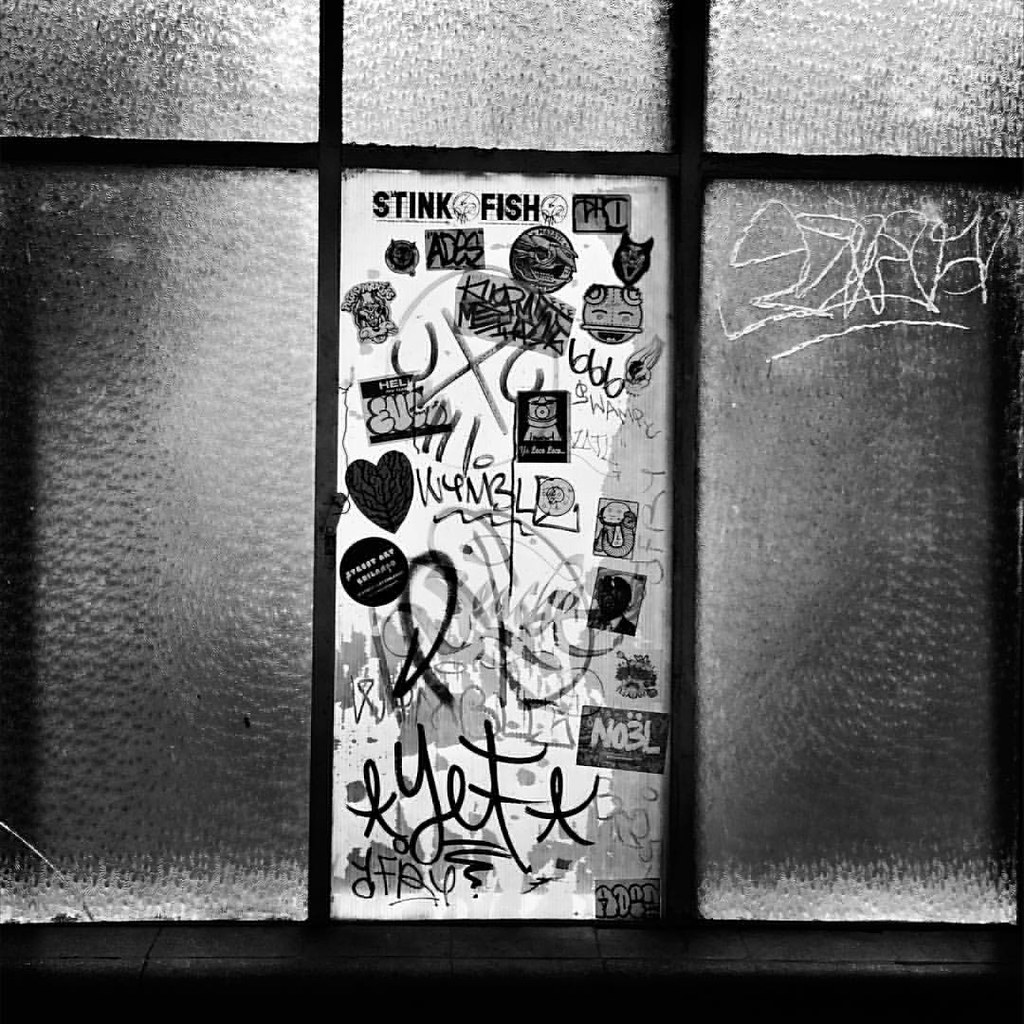 Apps used: Hipstamatic (Film: Blackeyssupergrain, Lens: JohnS) Backstory: This window was hide in the back lot of my office building, after two years working here one day I discovered.