This week’s Apps Uncovered explores images that are painterly in treatment, presentation or impression. I’m reminded of Paul Klee’s words: “Color possesses me – I don’t have to pursue it….That is is the meaning of this happy hour: Color and I are one. I am a painter.” The wide variety of imagery posted this week makes for a full-bodied collection of top notch images, across the spectrum of genres – and yet sharing a painterly aesthetic. It’s take some courage to approach an iPhone photograph or collage and give it the look of a painting. But one thing that unites all of these pieces – even before adding the painterly aspect, they are all solid compositions.

Together by Ile Mont

Back Story: It all started while doing my weekly visit to the supermarket, which I do not like so much, to be honest. While trying to make it less boring I started to look around for a decent shot. Which I found in the fish counter. They there were these three friends. Something in the way they just laid dead there felt wrong. I took the shot with some kind of pity… Later that day I started working in this image wishfully thinking and thriving to make them come to life again in some graphic way at least. 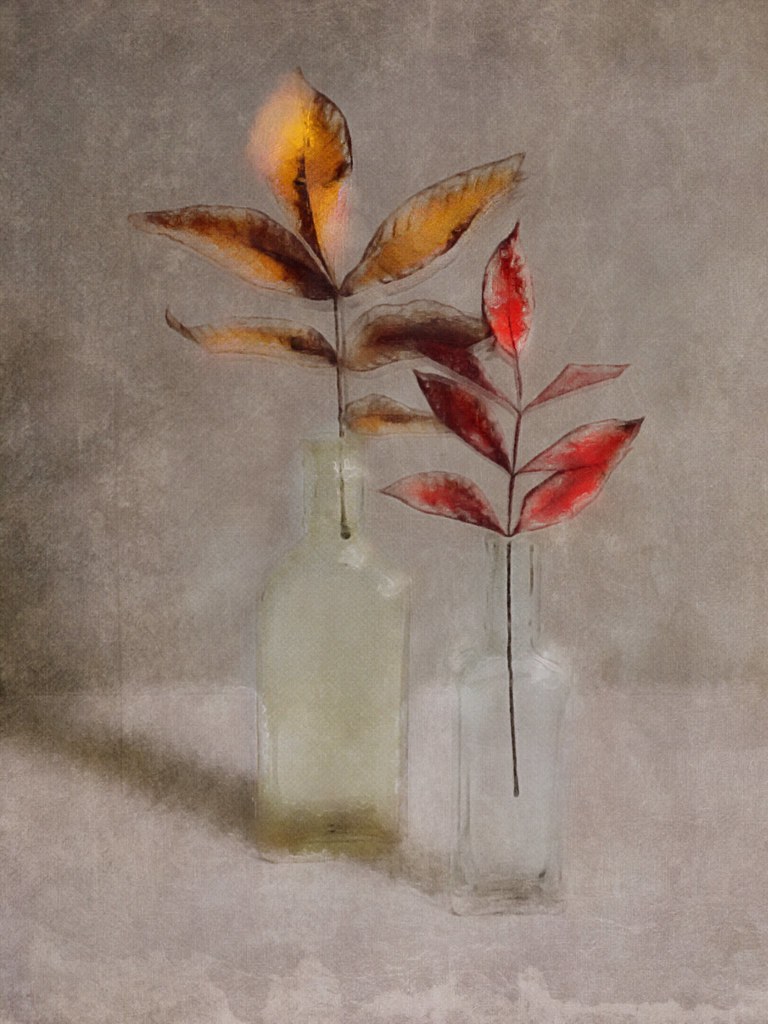 Backstory: Autumn evokes so much feeling as the landscape transforms. My favorite time of year. I chose to highlight this color and simplicity within a still life simply to capture the lines and tones of the leaf and stems. Glaze provided the painterly feel and Modern Grunge adds a unique textural quality which I absolutely love.

Backstory: It was a beautiful morning in Brooklyn. My son and his friend were walking just ahead of me. The red of her coat and the dark of his sweater drew me in as the bright Sun glowed off the surrounding buildings soft in there hue. Feeling the warmth of the moment I set my iPhone 6+ on SlowShutterCam for 4 seconds. I knew what was possible but as always hoping in a good outcome as not only their movement but my own would effect the end result. In the edit process I used Snapseed to enhance and crop. 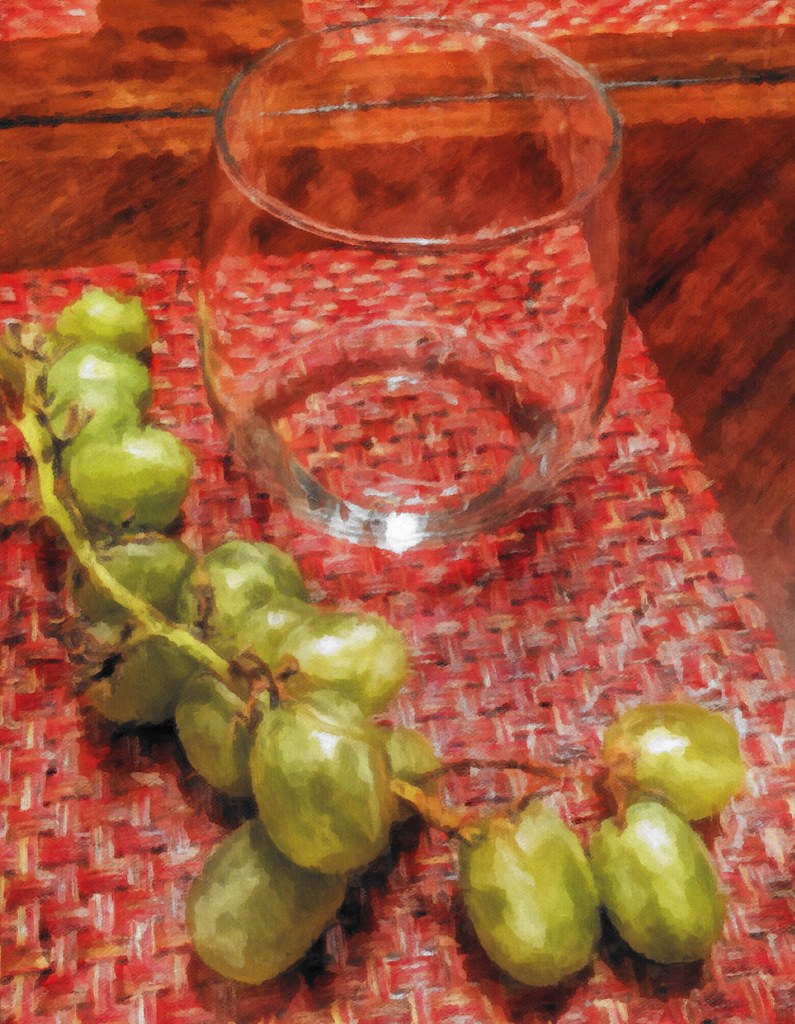 Grapes and Sake by Mike Bowers

Backstory: Decided to visit a new area for some fall shots in the early morning so I could get some images including the rising sun. Decided on area the night before and the next morning, Saturday, headed out before the sunrise to find a spot to catch the rising sun. Found a spot and walked some of the trails looking for a general vicinity to shoot in once the sun rose. Since it was so early there was no one around as of yet, even though the area I picked is popular with people hiking, helps in cherry picking spots without any foot traffic to deal with.

My main goal when shooting is to get a good source photo to work from, I can usually visualize what I want to do with a certain shot when I’m composing and know I’m going to add the visual interest in post processing. Most of my source images are fairly mundane on their own, but it’s the transformation to final artistic rendering that I enjoy, the initial shots are a means to an end. This shot was interesting to me when I was editing with the backlight glow from the sun through the trees.

This image was initially on the darker side, however the first step in editing was to run it through Dynamic Light to brighten the image up and to add some saturation which I like in my images. The first image was saved using a normal effect, and a second image was saved using the Orton effect. The first image was then opened in Tangled FX to create a brush stroke effect that was then blended with the second Orton image in Image Blender using the Overlay mode. This image was then saved and opened in Mextures where I added my own saved fall formula to add the golden hues and contrast. That image was then saved and then opened in Rays to add some sun rays to the natural brightness of the rising sun. After saving this, the image was opened in Distressed FX to add a slight vignette using the Citrus overlay. Final image as saved from Distressed FX and uploaded to share on Flickr. 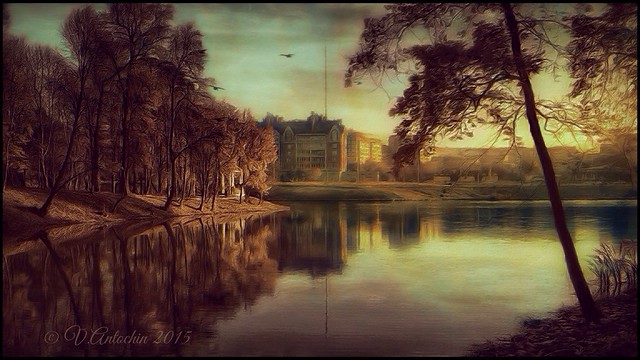 Backstory: Every night I walk in the park next to my house. This time I was shooting on the iphone a lot and could not stop! The sun doesn’t always shine so beautifully on the remnants of autumn foliage. I think I was able to convey: the sunset and end of fall. 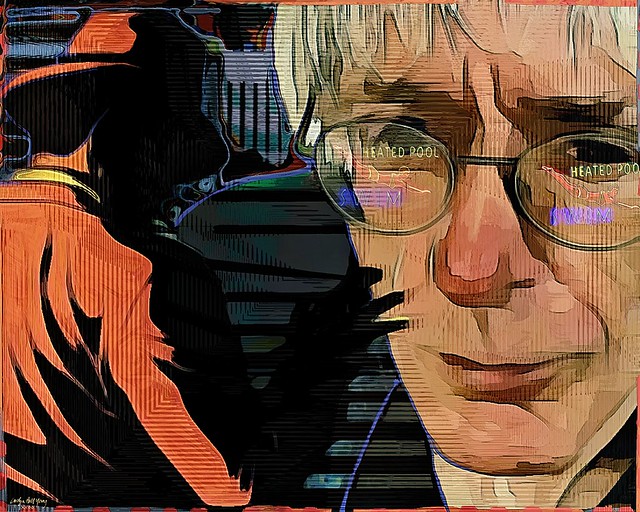 Apps used and backstory: For Dave Nolan. This is an iPad painting, made with a beta version of iColorama. I used several images from Dave’s collection, to make this.

This was the 1,426th iPad portrait painting that I have posted to Facebook, to celebrate friends and perfect strangers, usually for their birthdays. I spend an inordinate amount of time doing this, with the hope of bringing some joy to others, because, that is how we can achieve peace on earth. When the works are completed, the results look so simple, but trust me, this is never easy for me. The “But, of course,” only hits me, when a piece is completed.

Every painting is an adventure, every process is different. Much of the time, I use the vast possibilities in iColorama. The big secret to my process is time, care, and persistence.

I cannot remember how many masks I made, in compositing the photographic elements. I fully realize the combination makes no logical sense, which is, for me, part of fun in it.

I started with a low resolution profile picture of Dave, layered in the other elements, including one of a man peering through Venetian blinds, into a daytime scene. After redrawing and painting into the composite, with various brushes, I used effects for flattening, creating edges, coherences, simplifying, working with color and contrast – playing with a retro feel. Everything, including the kitchen sink! I could not resist putting the neon “Heated Pool” sign in Dave’s sunglasses. I layered into a number of different versions of the same composition, using chroma, shift and blend functions. After a full day of this, I enjoyed finding this solution.

I only meant to do 100 iPad portraits, but, as you may imagine, I have gone a little over my goal.

Apps used and backstory: This is a typical ‘walk down the street” photo that caught my eye. I did very little using Brushstroke to soften the look and then i tuned the image in Snapseed.

Round About Sundown by Cat Morris

Backstory: My love of botanical drawings from the 18th, 19th and early 20th centuries was one of the inspirations for this series of images. Using Leonardo as my canvas I mix old line drawings, my own drawing and photography. I then take it through iColorama to “draw and color” on top of everything to bring the piece together and give it volume. I hope I’m creating new worlds where these animals can spread their wings and be free. 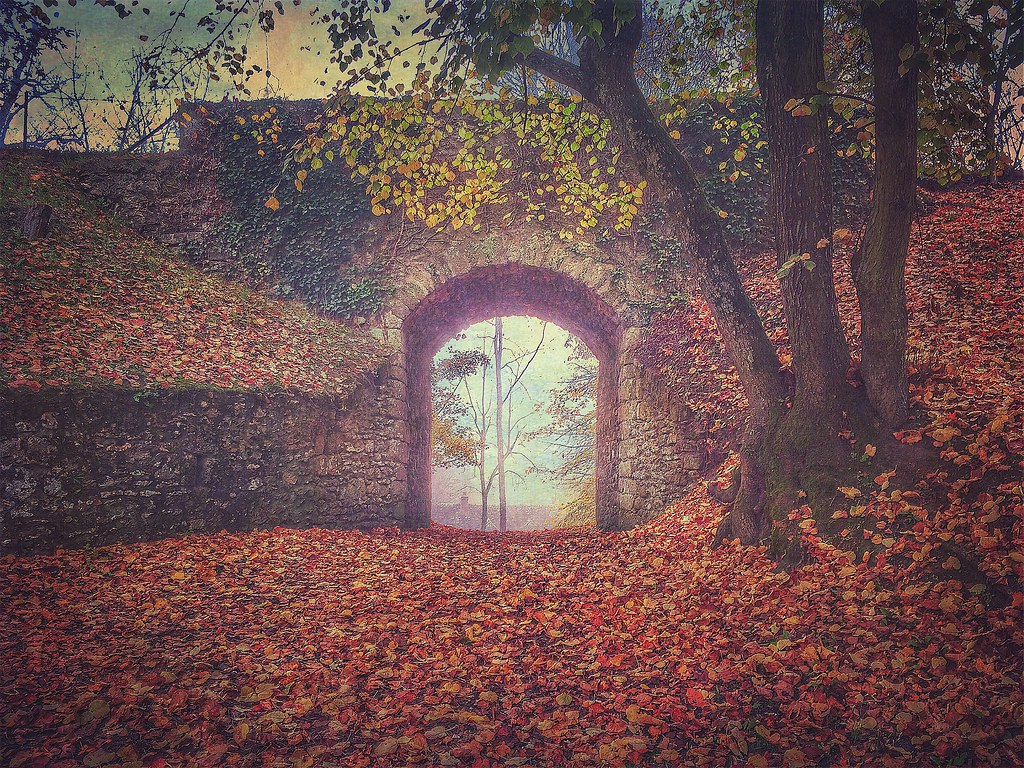 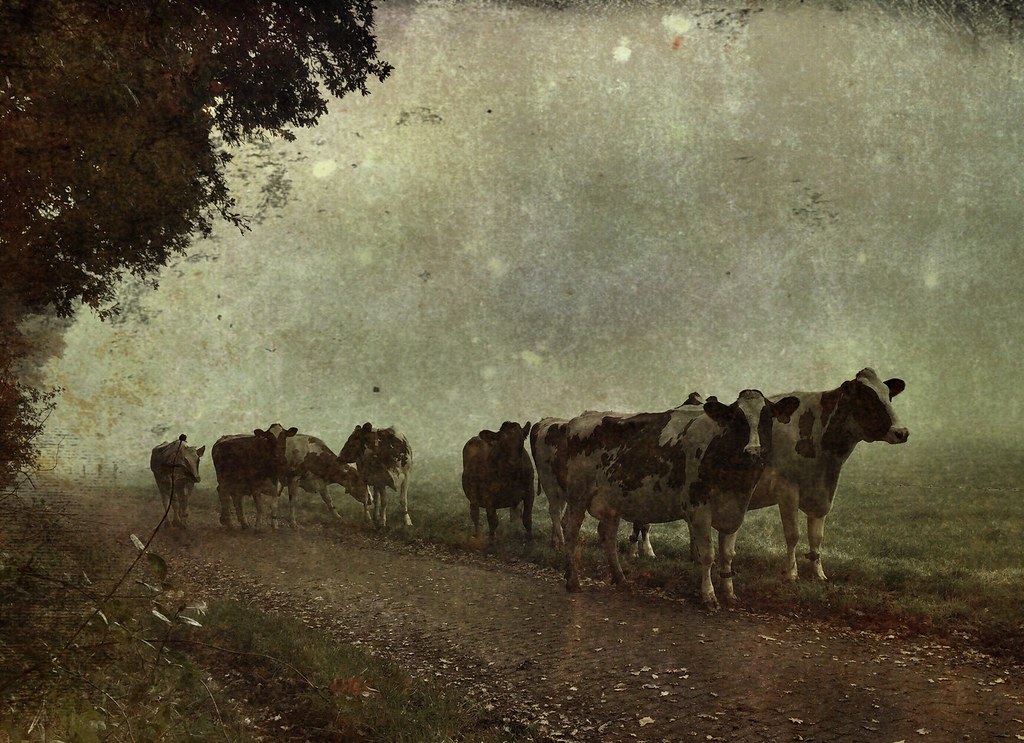 Backstory: These cows pass my little dacha in the countryside twice a day. Here they are on their way to the pasture. Soon this daily ritual will be over. In winter they stay in their stable. I took this picture on a misty Sunday morning.