Look up, look down and always around. There are moments to be found – if you just take a moment.

These are the words that came to mind and the images that spoke to me as I observed the gallery this week. The keen eyes of this week’s photographers look beyond the norm getting close to their subjects, looking up and down to see what might not have been seen before or how things might be seen differently. Most of the images this week share this common approach by their photographers with one or two exceptions which I added for good measure and joyful content.

Big thanks to Salwa Afef, a curious artist, constantly on a visual search for beauty, meaning and understanding through her images. Her mysterious and slightly distorted “Street Reflectin” is our featured image this week. 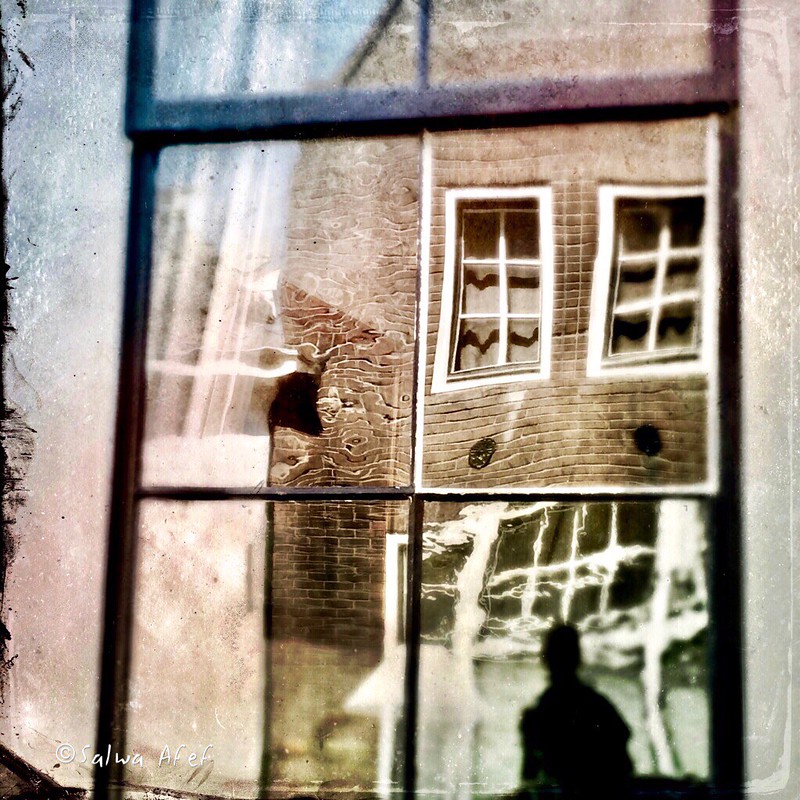 Apps used: Camera+2, TinType, iWatermark.
Backstory: I was enjoying my summer day at Naarden Photo Festival, moving from gallery to another one, from a historical building to a modern one.
I was trying to watch and feel everything including the old walls, doors and windows, such a wonderful pleasure!
It was the day of ” art watching ” and ” the city walk “!

This photo is just a matter of seeing and deciding; while I was walking in the street I glimpsed that reflection with the wavy effect of the glass, reflecting the intimacy of Naarden, tried to recompose the frame without my reflection and no way I would lose the effect and the whole image concept if I moved from that spot!

So it would be even a better composition to include my figure, kept the mobile close to my chest and took the photo without showing the mobile.
For editing the photo, I decided to add the TinType app effect, which reflects the city atmosphere! 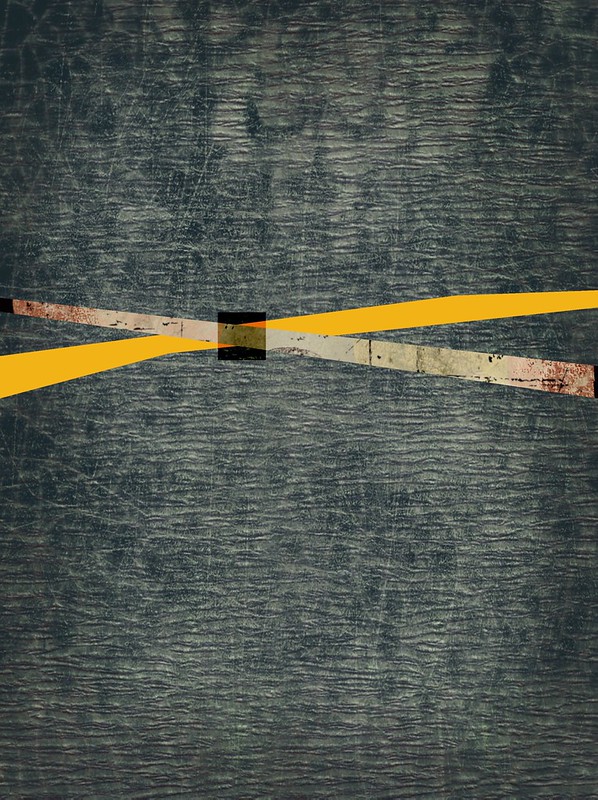 Reflection | 1 by clix2020 (Clint Cline)
Apps used: iColorama, Grungetastic, SuperimposeX Backstory: The Reflection series is the second new set of works following a long period of rest, reflection, and focus at the end of 2019. It was created as a contrast to the first set which was a minimalist exploration of simple color and form. The Reflection series follows suit in form but applies to it urban textures that were enhanced with iColorama and Grungetastic.

any old iron by Southfield Photos

Apps used & Backstory: This is a part of a large metal statue, shot with the stock iOS camera app on an iPhone 11 Pro Max, the only editing done is a bit cropping and sharpening with the iOS photo app. 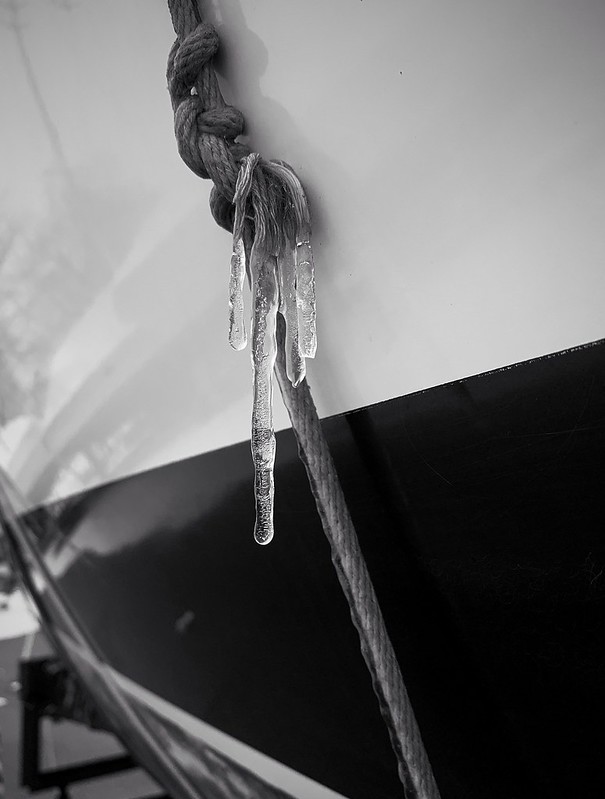 Rope icicles by Mark Swanson
Apps used: I shot this using my iPhone XR and the ProCamera App. The image was then edited on my iPad using the Carbon app. I used the Vienna filter preset because I wanted to see the details in the icicles against a dark background. I also increased the contrast to make the icicles stand out more.

I saw this on a walk through a marina, where all of the sailboats are covered with tarp that is fastened down with rope during the winter season. It had rained the day before, but then a cold front moved through which lowered the temperatures down below freezing. I happened to notice that there was ice covering the ropes so I searched around to find one that contained a knot that had many icicles hanging together. This one caught my eye due to its unique shape so I framed it against the dark background. It is wonderful to see the beautiful creation of weather when least expected. 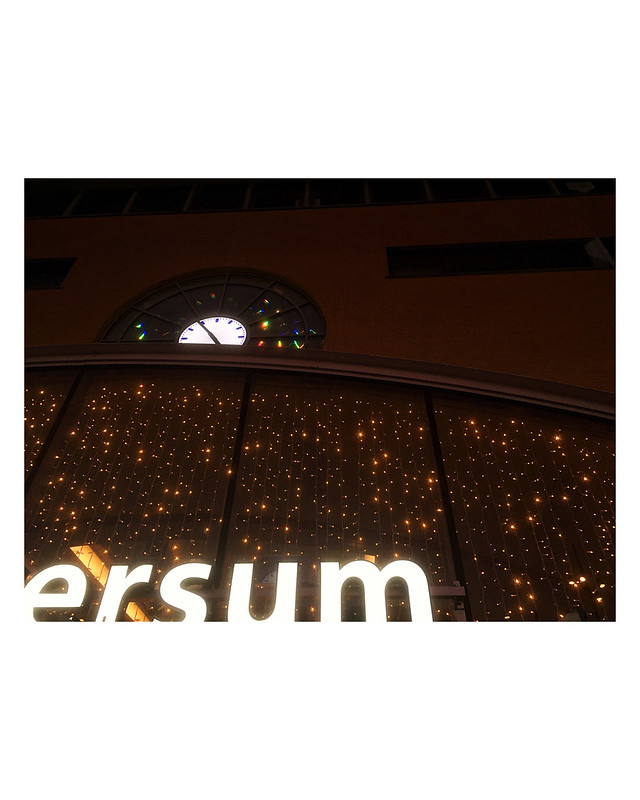 Apps used: Shot with an iPhone6. Edited with Camera+ and Fotor Free
Backstory: Heading back home, I take the underpass of Hilversum CS
I had noticed the December lighting before and wondered if a picture would work. Some weeks later, it was getting dark, the atmosphere was pretty special and altogether not that Xmassy, I decided to take some shots.
At home I did a few crops of my favourite pic and enhanced color and contrast.
I think the framing definitely adds to the overall image 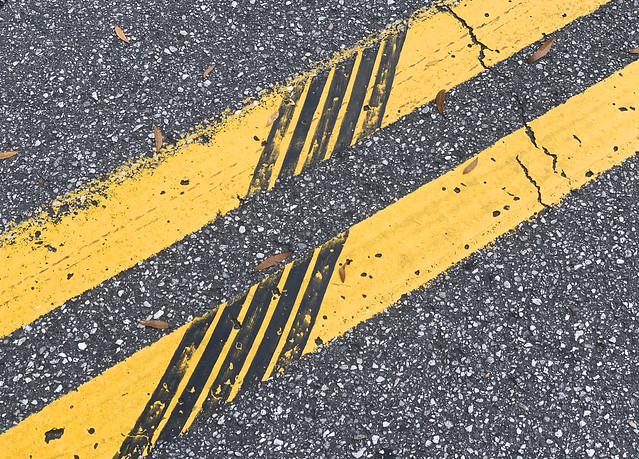 Tire Lines by Michael Hamments
Apps used: Shot with an iPhone6. Edited with Camera+ and Fotor Free
Backstory: Crossing the road I just happened to notice the juxtaposition of the tire tracks on the center yellow lines and thought it would make an interesting abstract. 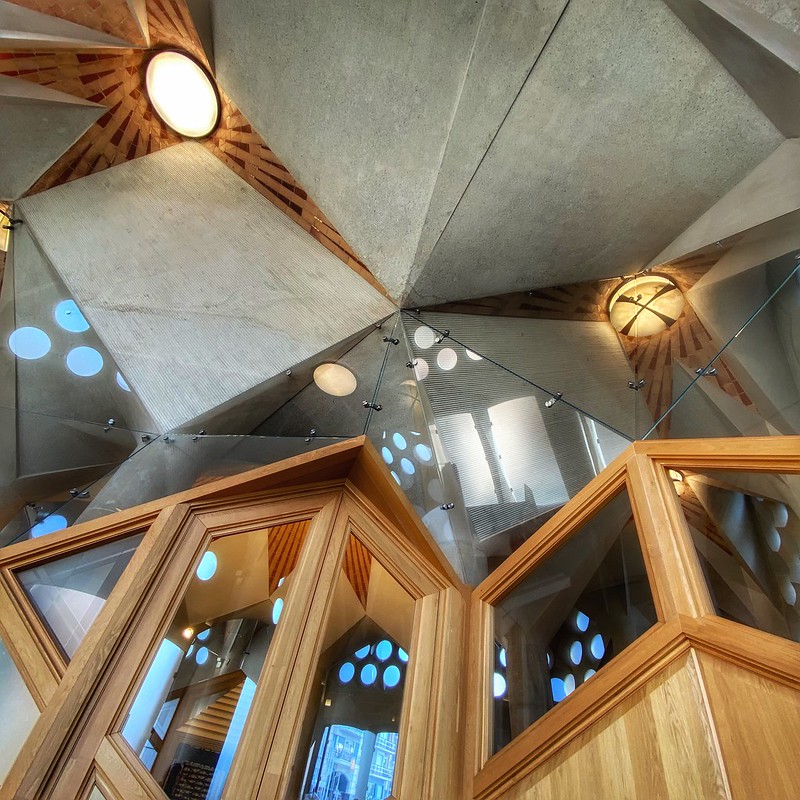 Somewhere else by Tomaso Belloni

Apps used: I shot with the default camera app on an iPhone 11pro max (zoom camera) and edited in Snapseed.
Backstory: After a long time inside the Sagrada Familia in Barcelona, one of the most incredible buildings in the world, and after hundreds of pictures taken inside the church proper, I took a stroll through the recently-opened sacristy, also a beautiful structure, and saw intriguing reflections. This was the best angle I found. 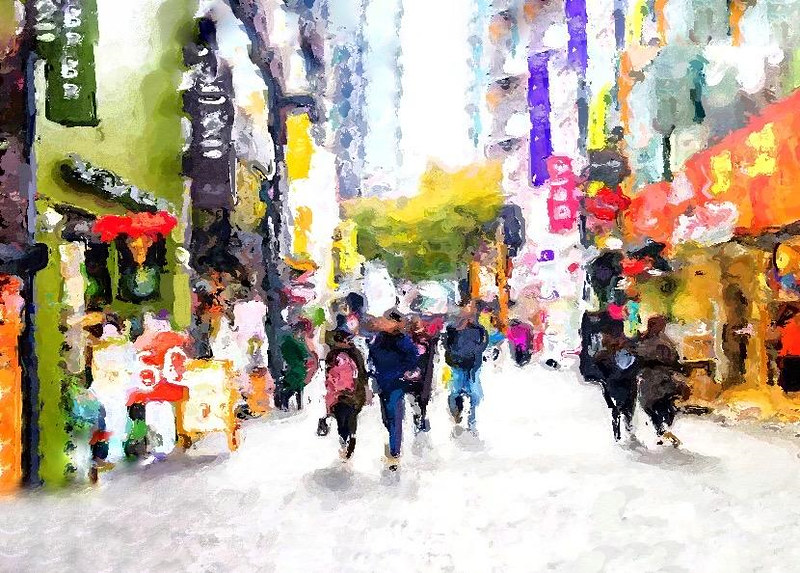 One must have a mind of winter
To regard the frost and the boughs
Of the pine-trees crusted with snow;

And have been cold a long time
To behold the junipers shagged with ice,
The spruces rough in the distant glitter

For the listener, who listens in the snow,
And, nothing himself, beholds
Nothing that is not there and the nothing that is.

Apps used: Snapseed and Glaze.
Backstory: Just one of those wintry Saturdays after a fresh snow, shoppers bundled up, some in quite colourful ski jackets at an outdoor mall. The contrast of the snowy whites and vibrant colours with a bit of defocus from Glaze and saturation with Snapseed gave just the right mix of abstraction to an otherwise mundane scene. . .and I had been thinking about one of my favorite poems by the American Modernist Wallace Stevens which made the perfect companion to the image.