The first image by Em Kachouro steals the show – a capture that makes you want to smile, as a parting “shot” for the New Year. I especially like the inscription on the wall (see below).

Each of the remaining shots is exceptional in how it conveys a mood, concept, moment or stunning real life contemplative aside – we hope you enjoy them! 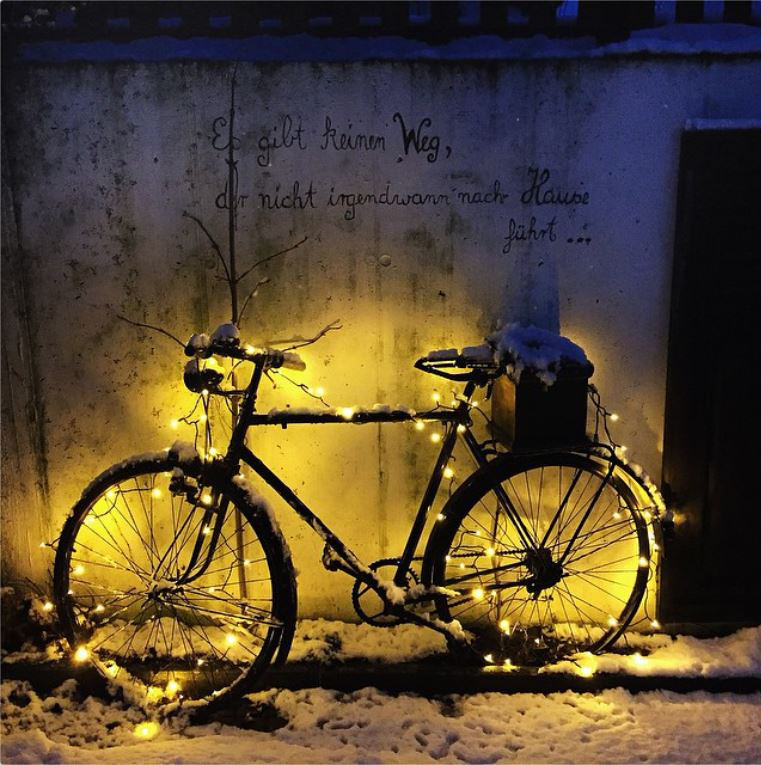 Backstory: I took this photo in the first days of the year 2015 in my small native village in the South of Germany with my iPhone6. We were there looking for traces of our ancestors. When we arrived, it began to snow fully surprising. After one hour, everything was covered with a thick, soft snow cover. Everything looked as we were in a fairytail and took me instantly back to my childhood, the feeling of not knowing what the word “sorrow” means.

I strolled around the roads of my childhood, and then I saw this expressive object: The old illuminated bicycle in the snow, the twilight, the blue shine on the wall in the upper area.

The text on the wall says: “There’s no way that doesn’t lead you home someday…” I took the photo with the generic iphone6 camera app. Then I opened it with Snapseed app, and I just edited the yellow-blue-contrast a little bit – then I found it perfect.

Minnie was a flirty little stay out by Cat Morris

Backstory: I saw the moon rise earlier this week – it was gigantic, bright golden yellow on a deep blue sky. I wanted to try and recreate that magical feeling with “Minnie”. The magic and fun of playing outside after dark in nature as a child. She’s part of a bigger series of “flapper fairies” that juxtapose natural elements with people in skewed proportions.

I love the feeling of old illustrations and that’s the feeling I’m trying to evoke here with the use of iColorama and Leonardo. The story is evolving as I go. Can’t wait to see what happens next.

In this particular piece I “found” public domain, copyright free images and also shot some.

Backstory: I shot this picture while on the freeway. The sunset was nice, but unfortunately the tones a bit dark. I edited this image using Stackables Beta 3.0. I loved the idea of making this image more of a night time scene, the contrast ended up working out in my favor. 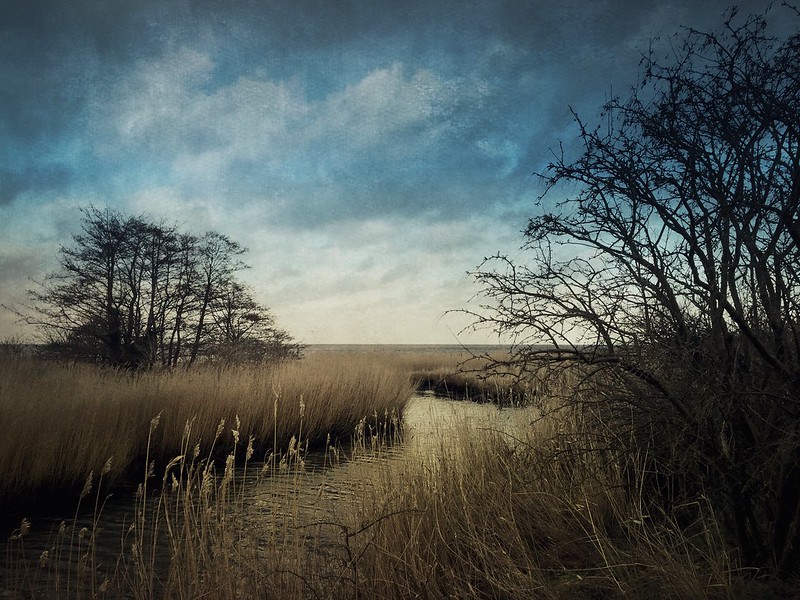 Close to the sea by Jan Gelinder

Backstory: I love photographing nature and landscapes. I use the iPhone6 and it’s native camera. First if needed I start off with adjusting in Snapseed app. Lighten up dark areas, fixing the sky. Then off to Mextures or Stackables app. In this case Stackables. I have just started using this app. Experimenting and stacking up layers and finally just try to get the moody look I love.

Fly Me to the Moon by lorenka campos

Backstory: “Fly Me To The Moon” is one of many pieces from my Finger Paint Series. The series started when I decided to create an origami dress out of a Polish paper napkin I had. After making the dress, I of course took a picture of it and then started thinking of paper dolls. I at first used a self-portrait as the doll, but quickly grew tired of that. So, in the end, I decided to draw the images myself in Artstudio. I then bring them over to Superimpose to add other photos and create a scene/ story, and then use Brushstroke for effect. Eventually, I plan on writing a children’s book and illustrating in this style. 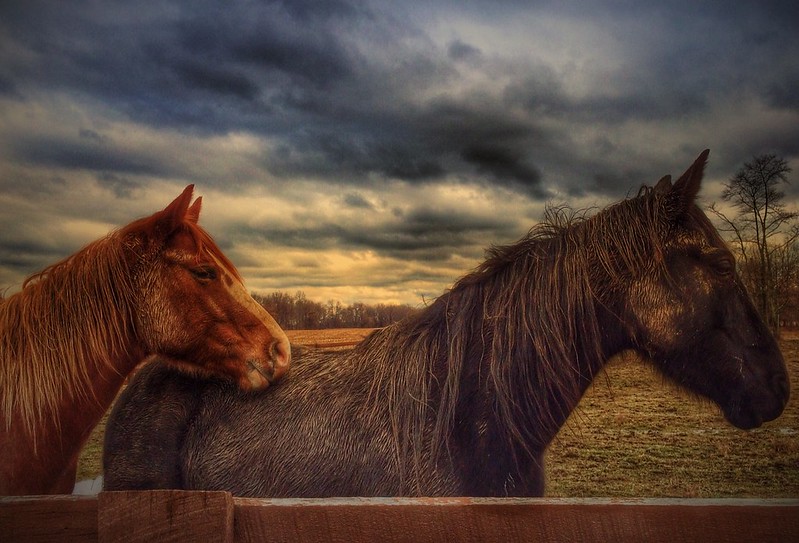 Backstory: I used ProCamera8 to shoot this. Using my focus/exposure to my liking. (A little darker). Took to Snapseed. Sharpened the photo, and cropped. Used the HDR and adjusted to about 50% or so. Then used the “Tune Image” feature, ambiance, shadow, warmth, and darken to my liking. Then brought the photo into “Photo FX” using the “strip grad” option choosing “Tangerine” filter at 100%. ~ We pass this field with a group of horses every Sunday on the way to/from church. It catches my eye everytime! Finally I pulled off with the family in the car, snapped a few photos (15-20) and found this one to be “the one.” After cropping it this way I was lucky to get the fence, the landscape, and the two horses side by side like old friends. 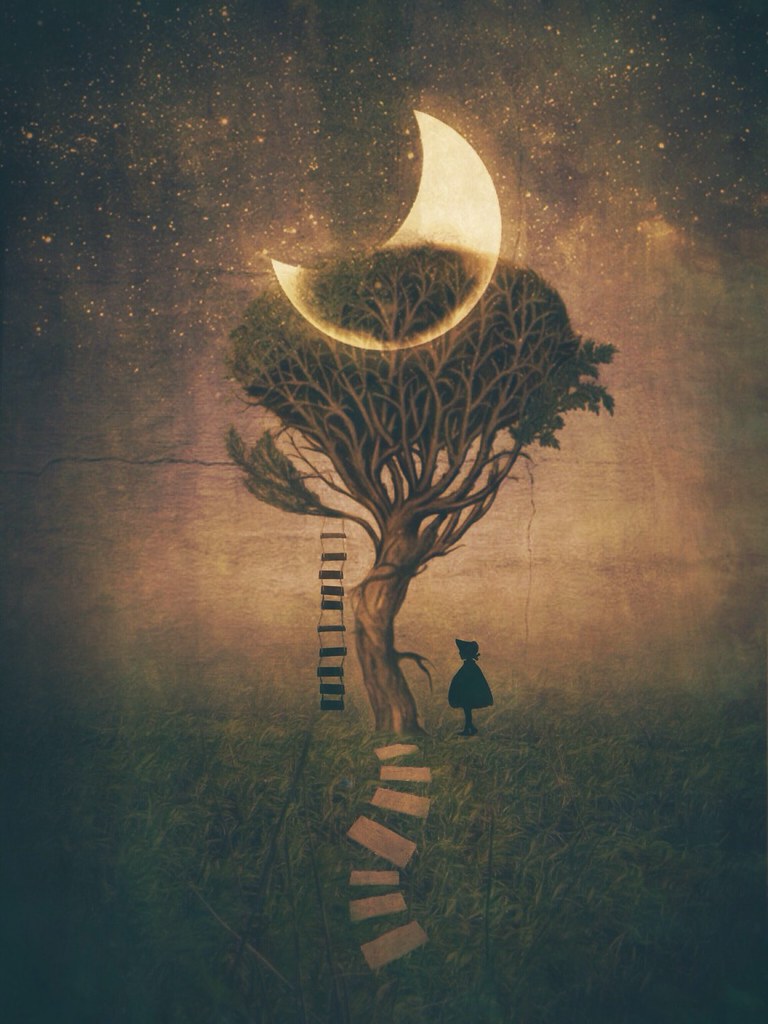 Path to the Moon by Erika Brothers

Backstory: For some time now I have been including “The Moon ” as the main character in most of my art, I’ve found lately a mystic greatness in its different nightly faces, her light and everything that’s made me dream about and reflect the representation in my work .

As always I start working my collage in Superimpose to start forming the imagined, I use iColorama to raise the effect for highlights on the image, and Coherence to give a finishing touch for a painterly effect, Alien Sky to create the moon and stars effects. and MiraCam to give the paint finish to my work. 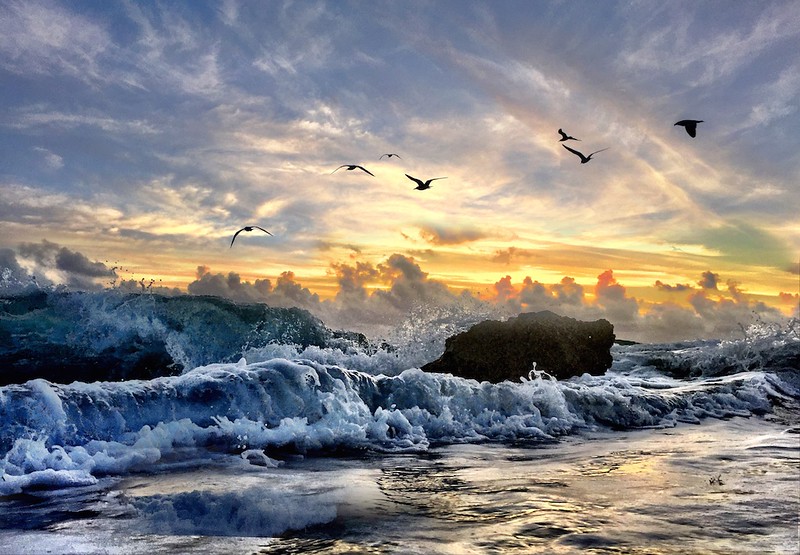 When the easterlies blow by Andy Royston

Backstory: The image is a combination of two shots of the same scene, enabling me to put some light on the waves and still keep the muted colors of the sunrise. At this hour the breaking waves have a lovely blue tint, but are generally dark too. In this one I think I shot the first image as a vertical panorama, then used Camera+ to add some vibrancy to the waves. The sky and birds were taken with VividHDR a few seconds later. I combined the two via ImageBlender and finished the shot with PerfectlyClear. This is a great low angle dreamscape; a good easterly off the ocean whipping up the waves and seagulls really putting on a show. My favorite kind of morning! 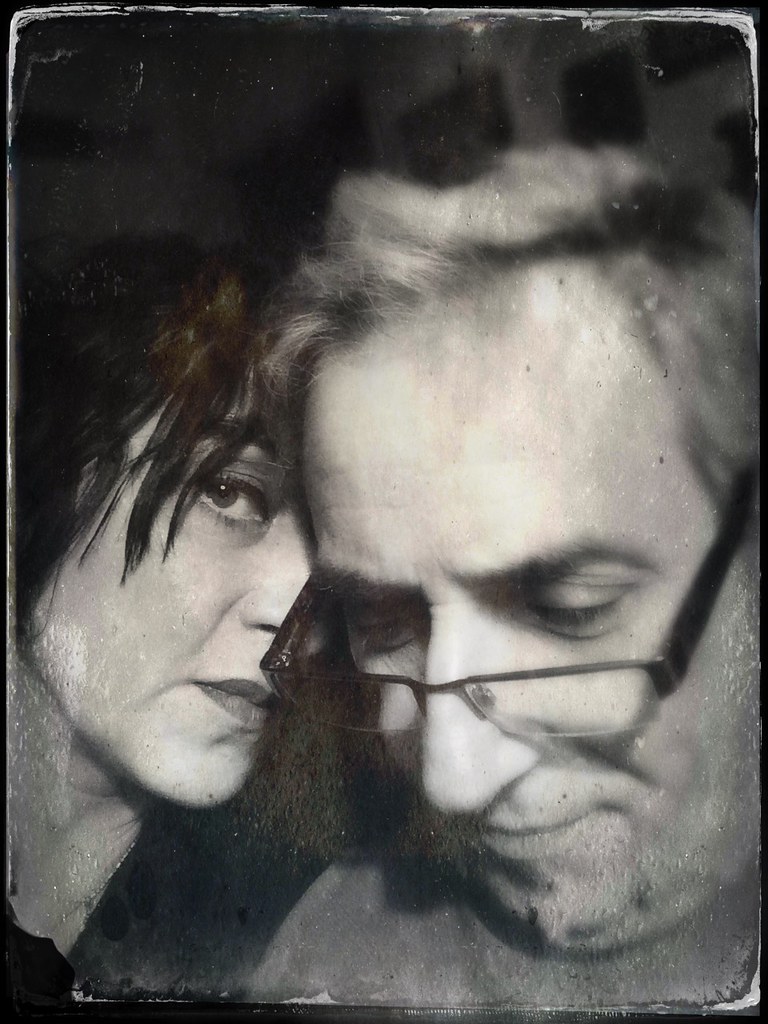 Love is… by Armineh Hovanesian

Backstory: For this shot I used the TinType app on my iPhone5s (my weapon of choice). I love having a lot of photographs of my family and prefer non-traditional shots. If time and circumstances permit, I do my best to accomplish this obsession of mine to the dismay of my husband and daughter (insert huge grin). For this moment in time, I managed to get us in the frame while my husband was reading.

Backstory: I made this photo one morning and he had a huge fog in the city, I took this picture with the native camera from my iPhone and I used Oggl with the combo foxy lens and the DC film, I wanted keep color giving an almost unreal atmosphere. 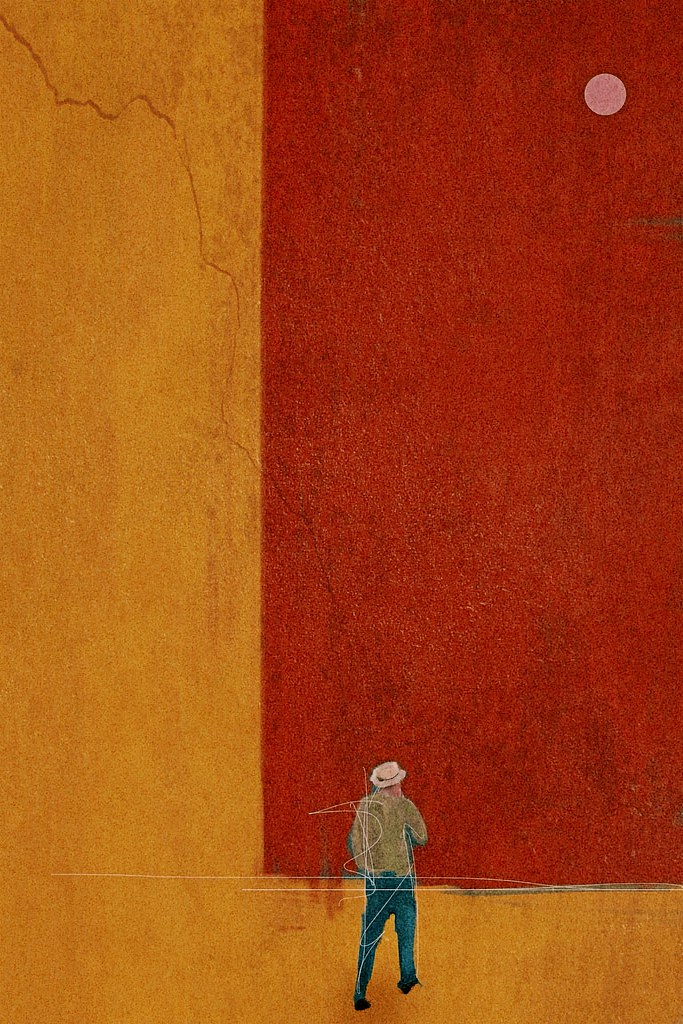