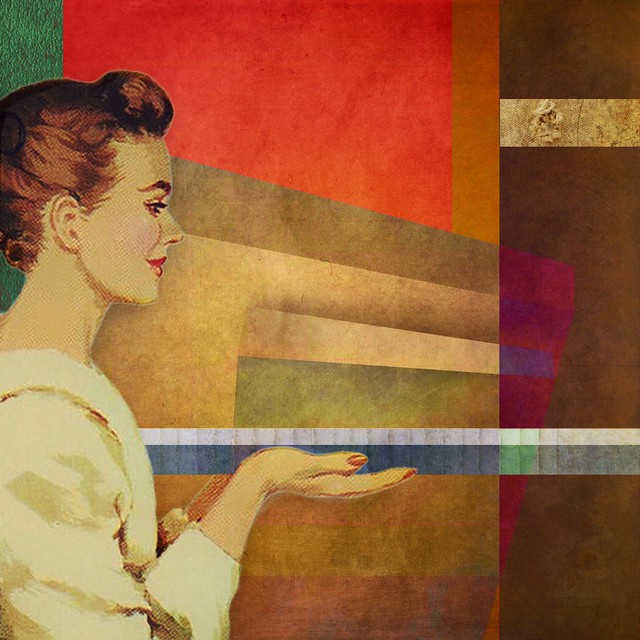 Backstory: The ongoing Thoroughly Modern series explores the idea of removing from a vintage ad context hyper-styled, stereotyped images of men and women and incorporating them into modern and abstract art pieces. The goal of each piece is to focus on their pose and expression, give it an entirely new context, thus changing its meaning, and to humanize the characters in the process. 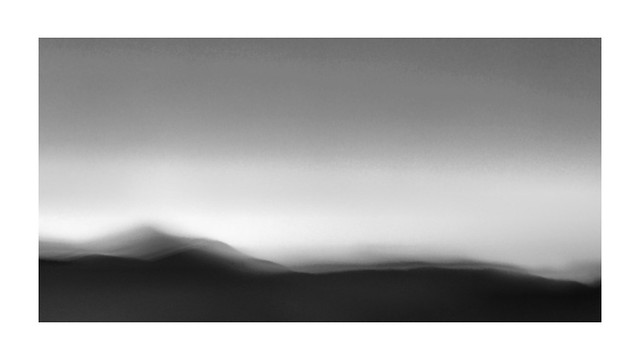 Apps used and backstory: Slow Shutter app for iphone slight intentional horizontal movement during 2 sec exposure. Sent to Snapseed for editing first converted to BW and cropped. Next to “Details” and slide the bar to left to de-structure the image. This provides a nice creamy image. Tone to preference, frame. The overall objective was to suggest the work of Ansel Adams. 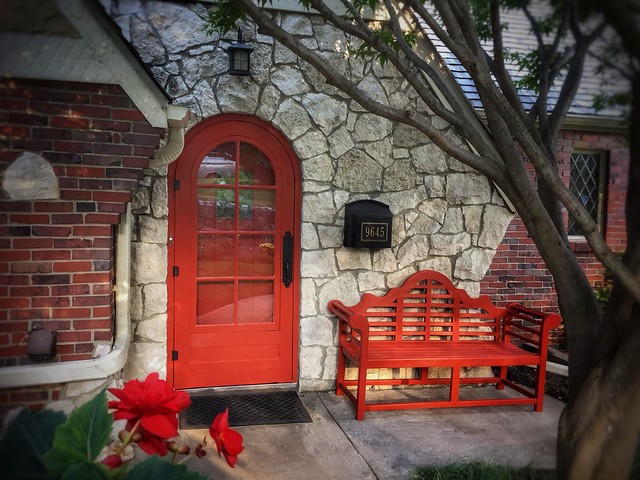 Apps used and backstory: The photo was taken with an iPhone 6. As we were preparing our home for a historic neighborhood tour, we had been doing a lot of work around the house and I wanted to capture the quaint look of our entrance. I used Snapseed to edit the photo, really to simply crop and enhance the image in attempt to draw the eye in to the front door and bench. While the red ‘pops’ in the photo, I wanted the overall atmosphere to be inviting and whimsical. 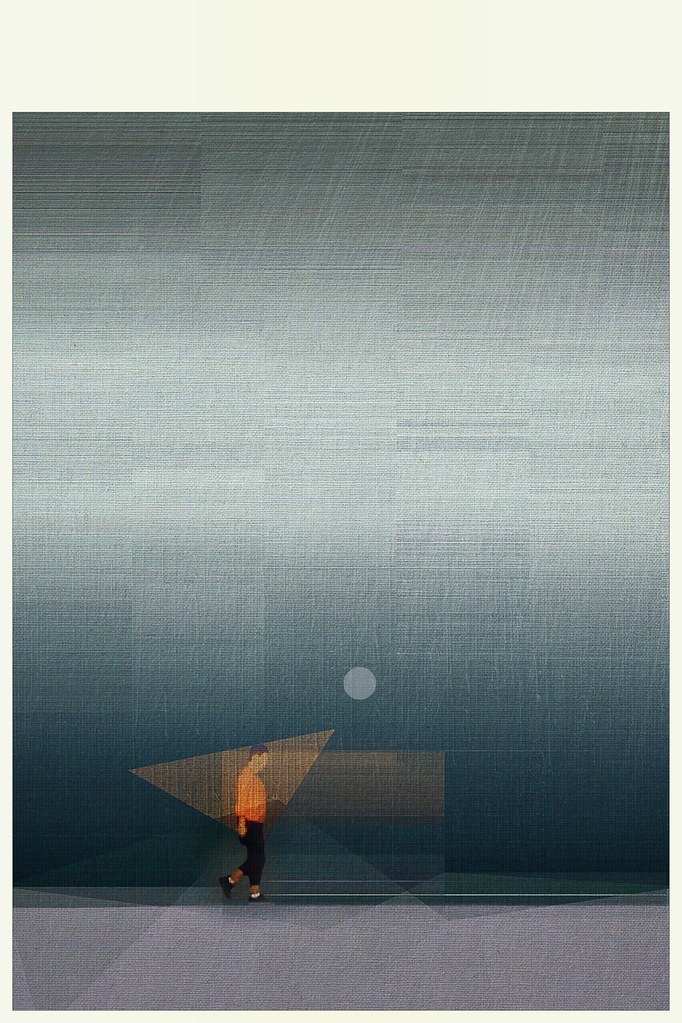 walk on by jun yamaguchi 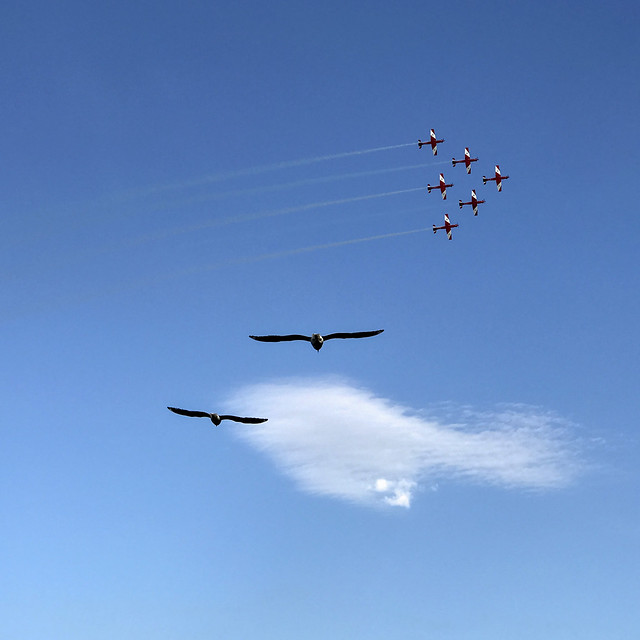 Wait for us!! by Rosa Perry

Apps used: iPhone 7 Plus, Snapseed.
Backstory: The RAAF’s Roulettes were putting on a show over the Brisbane River.

These six planes were doing loops, barrel rolls, all sorts of manoeuvres in different formations. The crowds were large and I only had a limited view of the sky between trees. As always where there is water and large crowds seagulls seem to gather en masse for free food. . So I’m standing there watching the birds fly about while waiting for the Roulettes to appear and I have my finger ready to hold the shutter button within the iPhone’s camera app ready to activate the burst mode for a perfect capture of the Roulettes. The burst mode is great for capturing moving subjects.

I heard the planes approach, my eyes to the sky, my arms up high so I could obtain a clear view away from the heads of the crowd and tree branches and I activated the burst mode on my iPhone. I wanted the best chance of getting a sharp shot with good composition. To my delight two seagulls appeared in view and I couldn’t have planned my subjects/composition any better. This shot really made my day. . there were 14 shots in the burst mode and out of the 14, 6 photos were good and 1 was just perfect. All it needed was a slight crop in Snapseed to cut out branches of a tree. 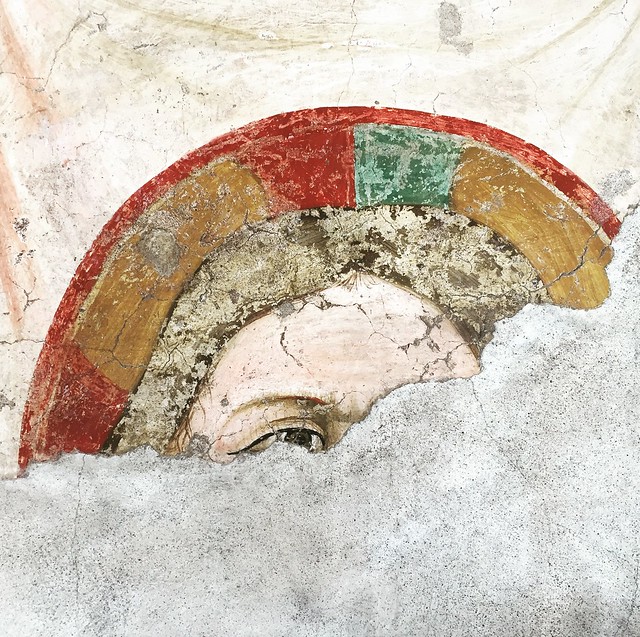 Apps used and backstory: This photo was taken with an iPhone6 and elaborated through Instagram’s filter Juno. There is little to say about it: I was in Bozen, South Tyrol’s capitol city, and I had some time to spare before catching my return train (I live in a small village in the nearby mountains). I entered a cloister on my way back to the station and there it was, this fragment. I tried to underline the strenght still radiating from this fragmented eye. The composition was dictated by the halo’s roundness. 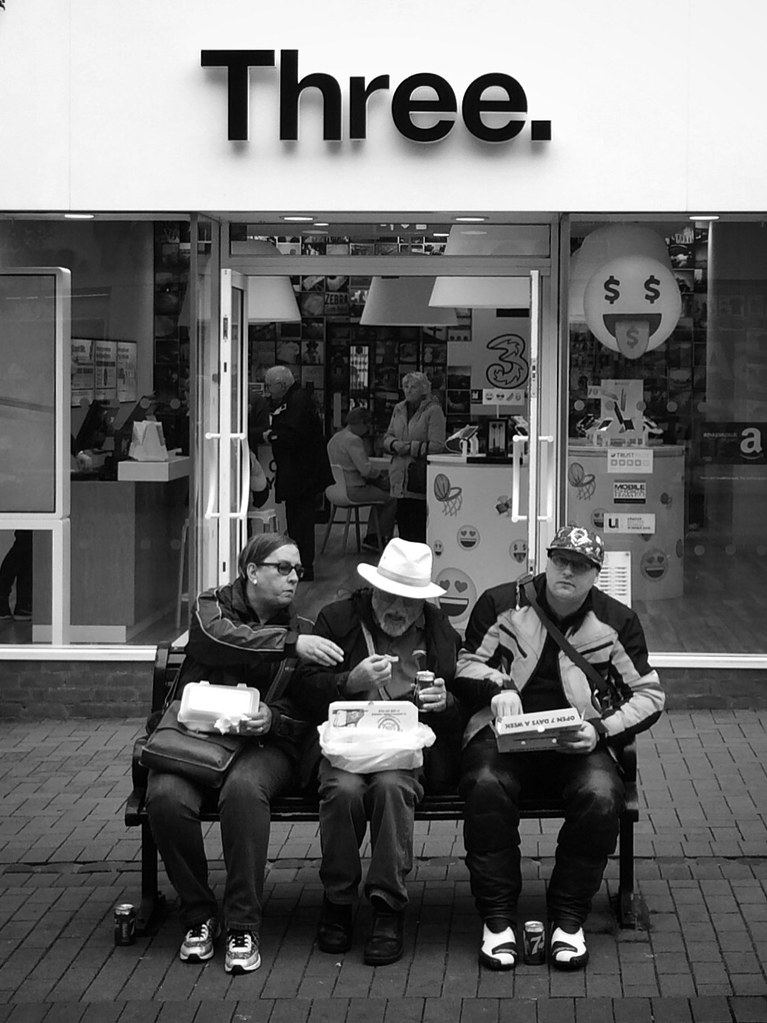 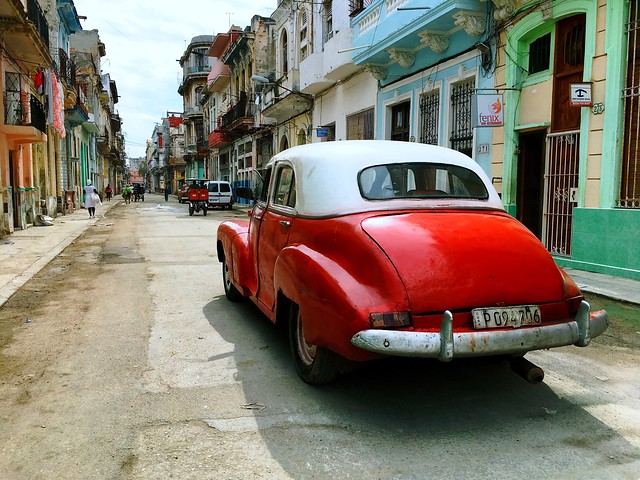 Apps used and backstory: I used the basic iPhone camera to take the shot, then imported the image into the Hipstamatic app. While walking through the Centro neighborhood on my way to Old Havana, I was in the middle of the street when this red car turned the corner in my direction, I jumped to the side and framed the shot as it passed by. As anyone knows, who has been to Cuba, the colors are amazing, and these classic cars are all over.

Apps used: I shot this on my iPhone 6S and used Adobe Lightroom to process the image.
Backstory: I spend a lot of time walking and photographing in Savannah, a town known for its beauty and history. I try to see things tourist might overlook. I really liked the way the unseen street light illuminates this scene. It is quiet and a little bit creepy.