“…and the more he looked inside, the more Piglet wasn’t there” is one of my favourite lines from A.A. Milne’s wonderful story of Winnie the Pooh. and it’s the line that came to mind when choosing this week’s crop of images featuring half hidden forms, almost recognisable but somehow submerged or distant, becoming part of the surrounding parts. Congratulations to Karen Axelrad’s double exposure piece “Museum” for stealing the lead spot and  illustrating this week’s theme perfectly. Thank you Karen. I’ve also included a couple of extra images that were just too good to be left out of the gallery. 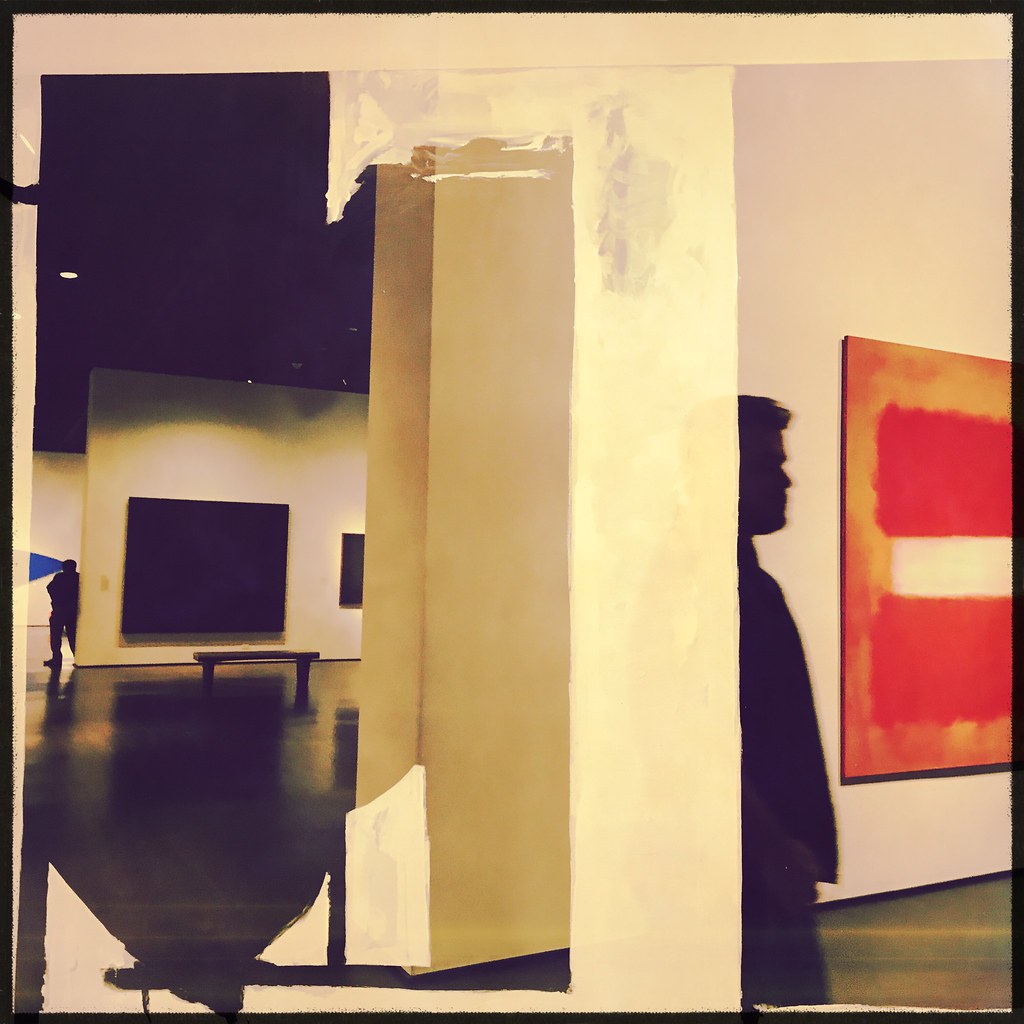 Museum by Karen Axelrad (karenaxe)
Apps used & Backstory: I was experimenting with double-exposures at the Los Angeles County Art Museum. This is a Hipstamatic double-exposure using Eric lens and Rasputin film. I like the slightly mysterious sense of space created contrasted with the bright, primary colors. 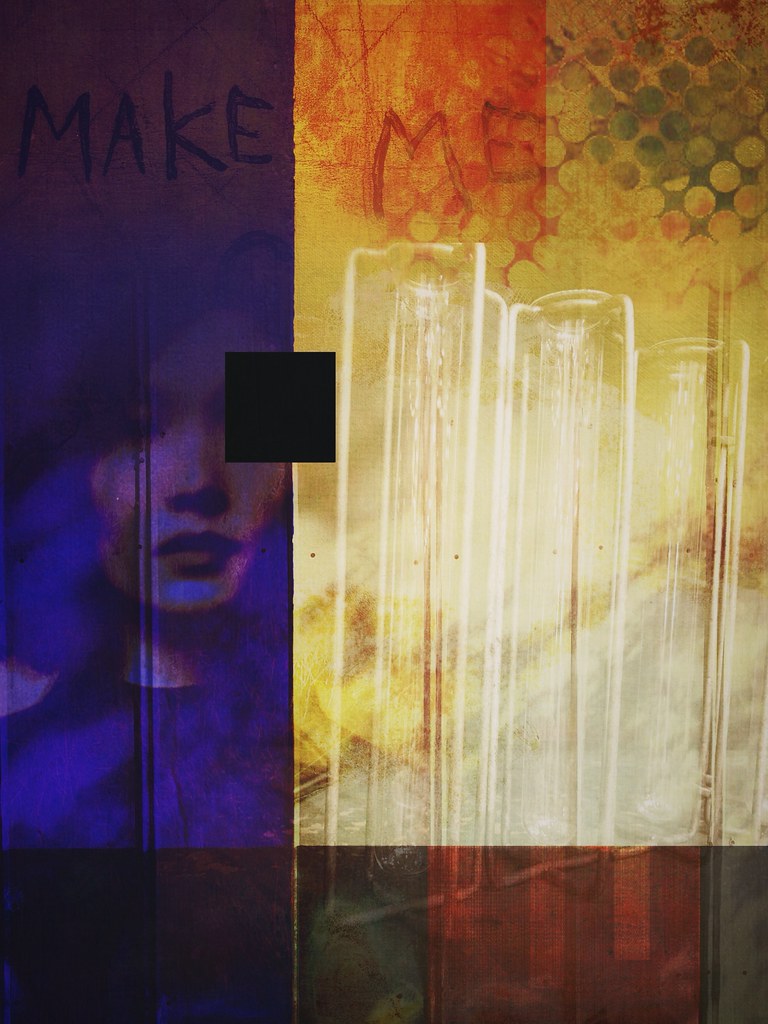 Make Me by Clint Cline
Apps used: Brushstroke, Snapseed, Nova, Darkroom SuperimposeX, Mextures
Backstory: I’d describe this as a “logjam” piece, another of my That Black Square series that help me crack a creative dry spell. I begin with a black square (the same size in each of the pieces), then incorporate pieces and parts of recent images, or otherwise previously unpublished shots. “Make Me” added Azamat Zhanisov’s Unsplash model picture which I ran through several iterations in Imaengine and Formulas.

Impression of a woman and her cat. Self-portrait by Cintia Malhotra.
Apps used and Backstory:
I often move furniture around in my living room to make space to take photos. In the late afternoon the sun coming through the windows creates interesting reflections and shadows throughout the room. As I was about to move the sofa, Matisse (my cat) jumped up onto the back of it and stared at me. Noticing our shadows I realized it was a good time to take a few photos. In my mind a few stories brewed. Maybe we were spirits? Maybe we were time travellers? This image was created using an iPhone 11 Pro and Photoshop Express adding a black and white filter, vignette and grain. 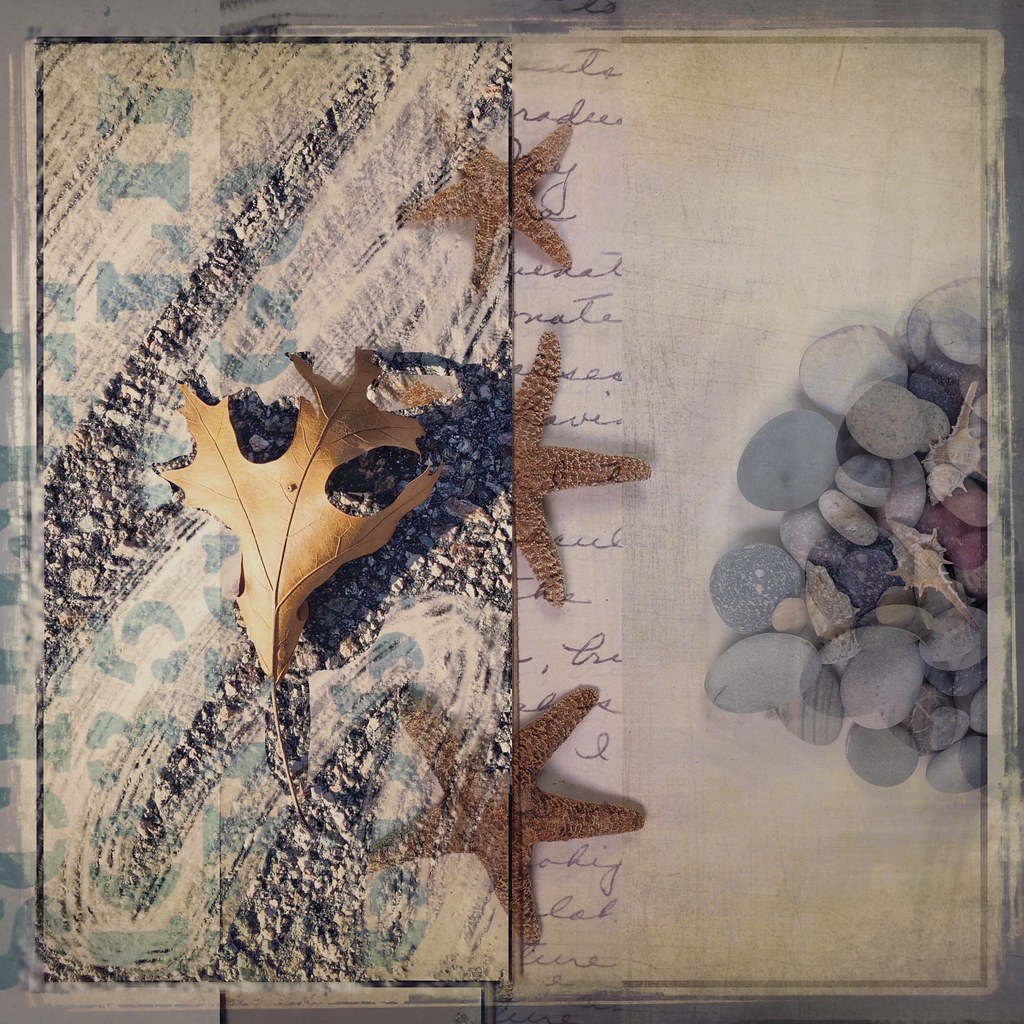 Here and There by Catherine Caddigan (catcad)

Backstory: This piece was entirely composed with Artstudio Pro. This app is very much like Photoshop and this piece has 10 layers, I used brushes and selections, I imported textures and used layer effects to arrive at this composition.

The inspiration for this piece was a juried exhibit called Land and Sea at an Art Center where I often exhibit. When I heard the title, landscapes came to mind, but I do not usually work in landscape and thought I would pass on this exhibition. Then I realized, I am primarily a collage artist and I collect feathers and rocks and all kinds of ephemera for use in photos. Many of these are objects that I find beautiful and that have strong associations for me. These elements were photographed with my iPhone and collaged on my IPad, including the type which was from old letters. The title not only expresses the different locations “land and sea” but also the act of “collecting things as I go. 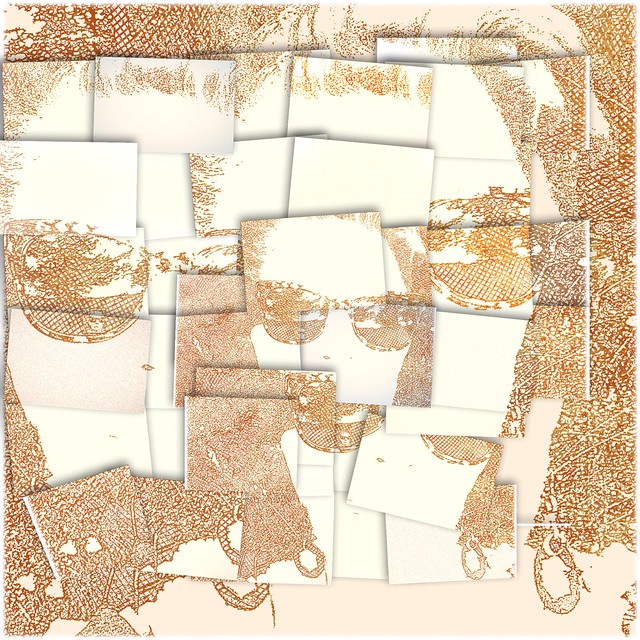 Portrait of a Woman: On Vacation by Susan Detroy.
Apps used & Backstory: Blackie, Etchings, Inkwork, Panographic
The original image is a self portrait taken with Blackie at a favorite walking spot Skinner’s Butte. I have been creating a self reflective series called “Portrait of a Woman” for three years. Blackie is my goto app for self portraiture. I love the multiple film looks it offers. And catching my own reflection in my newly purchased sunglasses was a happy surprise. At the time the sun was so bright in my face I was capturing almost blindly. I returned to the image for a deeper round of editing because I like it so much. I recently started using Etchings and Inkwork and wanted to experiment with them. Panographic I have used for a while.
I appreciated being part of this feature.

D’eux by pahamel-mtl
Apps used: SlowShutter, SuperimposeX, DistressedFX and Reflect.
Backstory: As a wink to friends, a couple in real life, I attempted to hint at their mutual closeness that also pairs with an openness to the world around them.
Their silhouettes were taken with SlowShutter and integrated with SuperimposeX in an imaginary landscape created using Decim8, DistressedFX and Reflect. 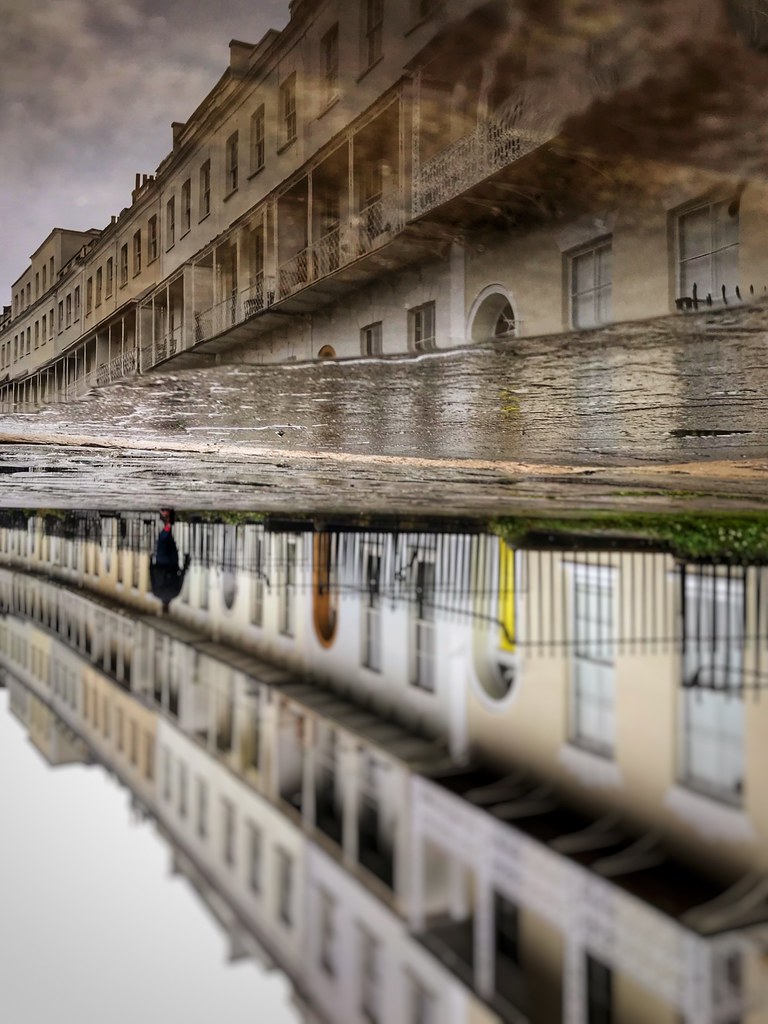 Apps used: My image of Royal York Crescent in Bristol was taken on an iPhone 7 and then edited with Snapseed. Royal York Crescent is a major residential street in Clifton, Bristol. It overlooks much of the docks, and much of the city can be seen from it. It also joins Clifton Village at one end. It is one of the most expensive streets in the city.
Backstory: It was taken after lots of heavy rain when there were lots of puddles that provided some great reflections of the beautiful row of houses. 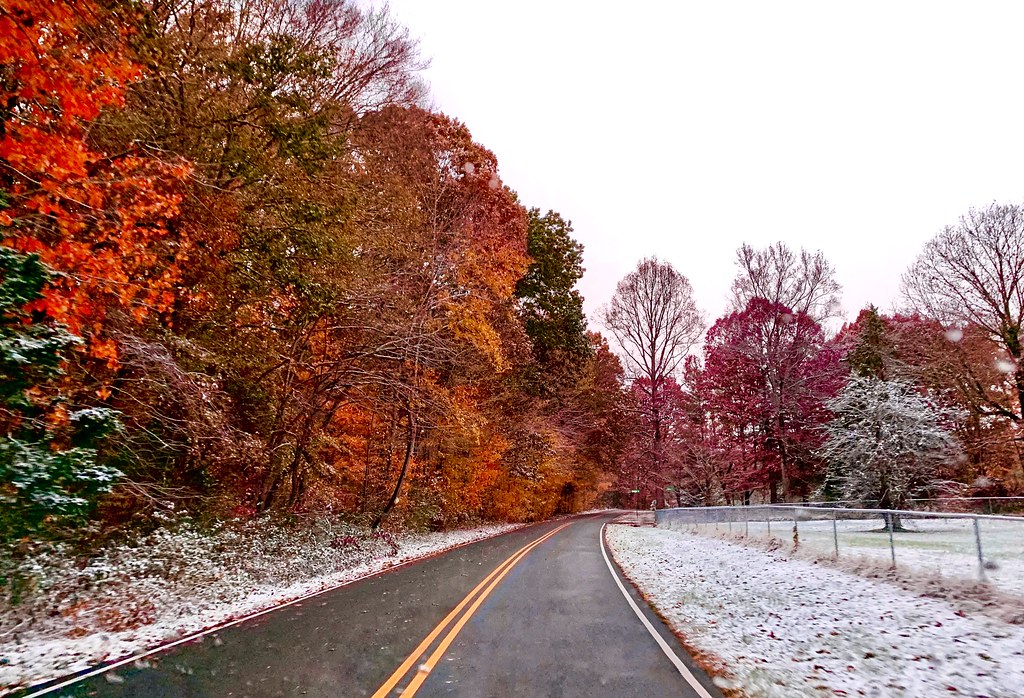 First Snow by Sharon Pire
Apps used: SlowShutter, SuperimposeX, DestressedFX and Reflect.
Backstory: This was taken in my neighborhood on the fly as my husband and I were heading to work. It’s always so beautiful when we get the first snow while there’s still some Fall color – and due to a hotter and much drier Summer than normal, Fall colors here got a late start. They were so much more vibrant with snow on the ground!

I took this with iPhone XS Max. I used the iPhone photo editor to adjust the exposure and then Snapseed to add a little more ambiance, and bump up the highlights since it was an overcast morning.