Welcome to this week’s Apps Uncovered, our weekly feature, showcasing iPhone art and photography from around the world. Mobile Photo Awards grand prize winner Sheldon Serkin steals the lead spot this week with his striking image Aja reminiscent of a still shot from an old black and white film. I am late with posting this week so I will quickly thank you all for sharing your wonderful images on our iPC Flickr group and wish you all a great iPhone shooting week! 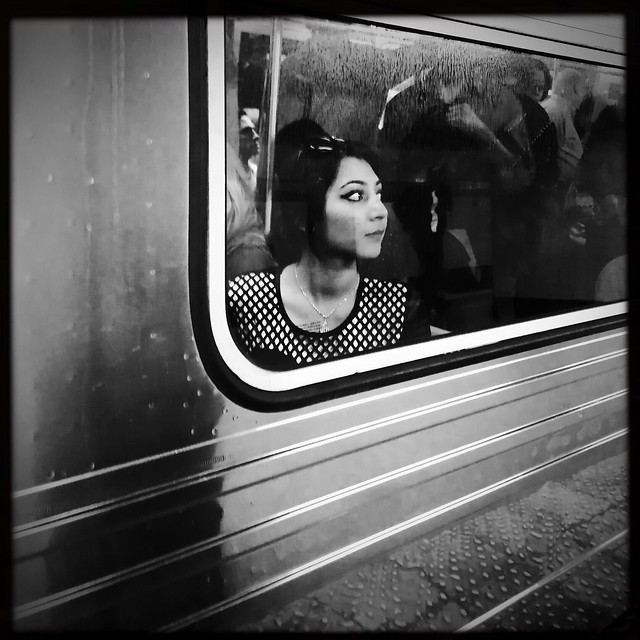 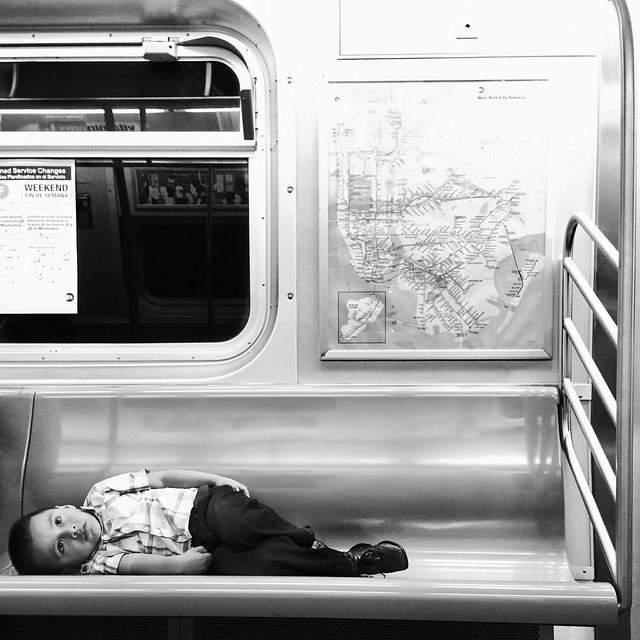 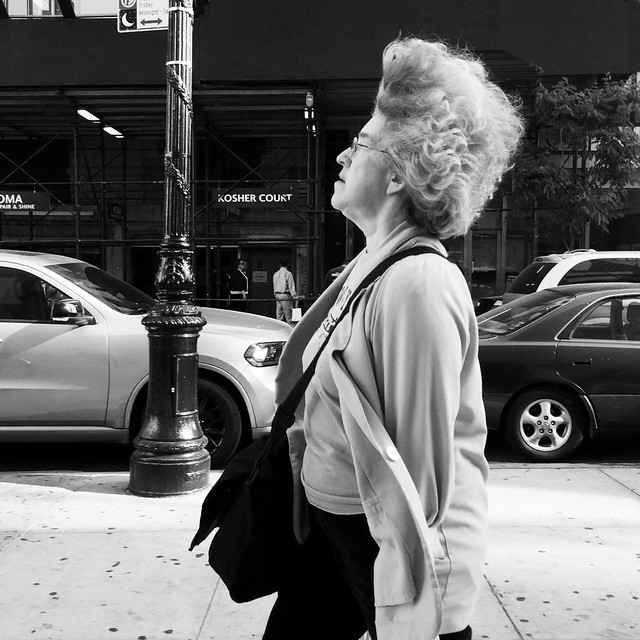 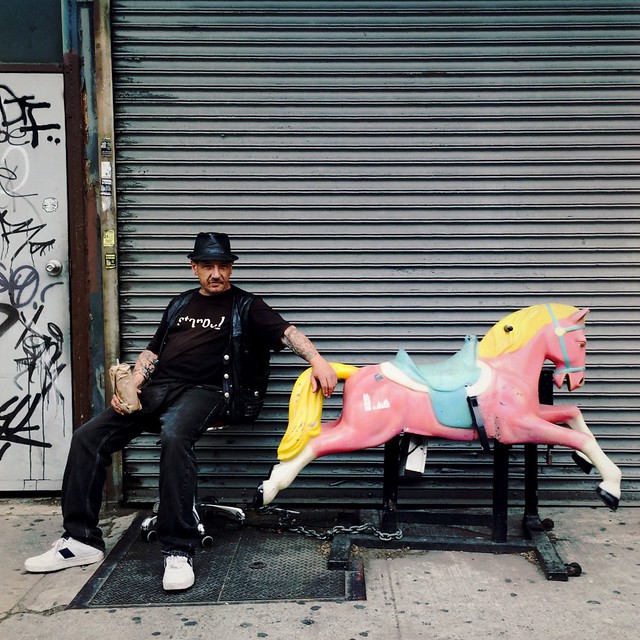 Apps used: Tadaa, Mextures and LensLight on iphone
Backstory: This pink horse in Brooklyn stands alone against a shuttered storefront and draws people of all ages. I pass it each morning on my way to work; last week I came across this man enjoying both the horse and his beer at 8:00 in the morning. Shot with ogle on iPhone 6, using the Vincent lens and the Otto film. 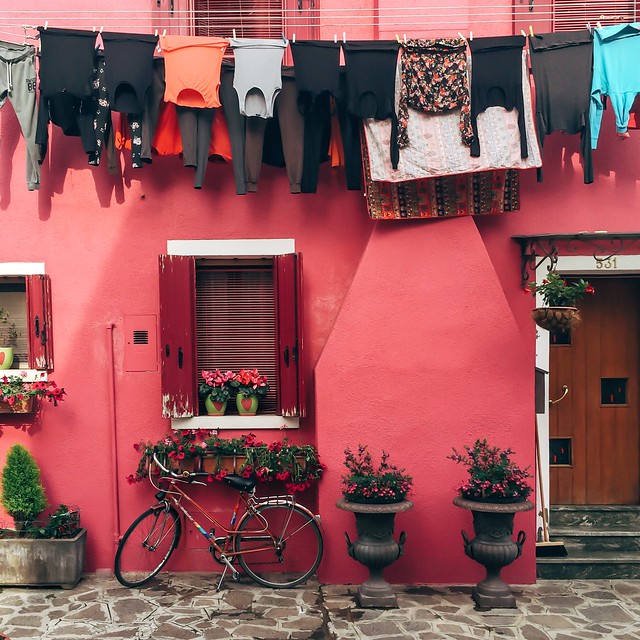 Apps used: As usual, I have edited this photo in Photoshop Express, enhancing highlights and shadows, reducing the noise, and then adding spice to the colors in VSCO cam.
Backstory: This photo has been taken in Murano, one of the isles in the venetian laguna. It comprises three italian traditions I really love: our love for bikes, the custom to dry your dresses in the open air (also venetian houses can be very small) and the colors of the houses – in Murano, every house is painted in a different color.

A Mod Must Do… by Will (Wilgenix)

Apps used: Square format and processed in Snapseed.
Backstory: So for this one, it was simply a case of doing the household chores. I was piling the clothing into the washer and oddly noticed the array of colour. I hadn’t really noticed it before. It occurred to me that these everyday things happen and we don’t take them in. They just pass whilst we then think about how we might take the next shot, soon, tomorrow, later or never. Here was a perfect opportunity to grab a shot of everyday life but one that is personal. Personal enough that others will be able to relate and personal enough to me – that it is about me.

Right there. I sat on the floor just looking at it at first. A minute or so later I had this shot. Square format and processed in snapseed. 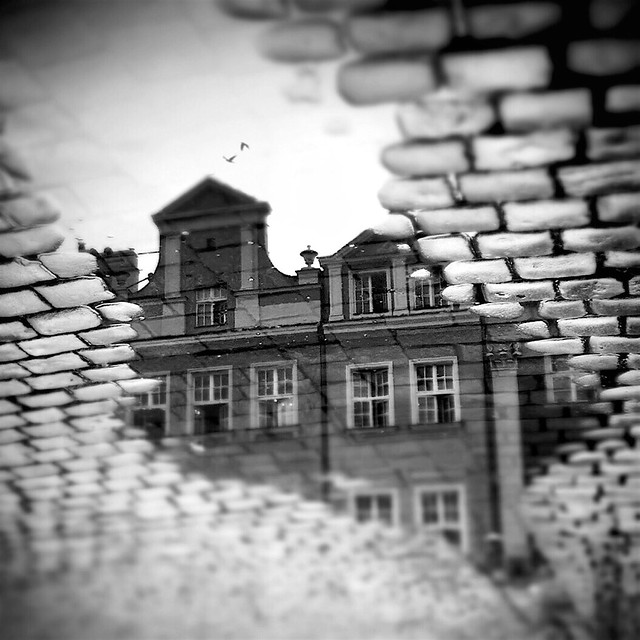 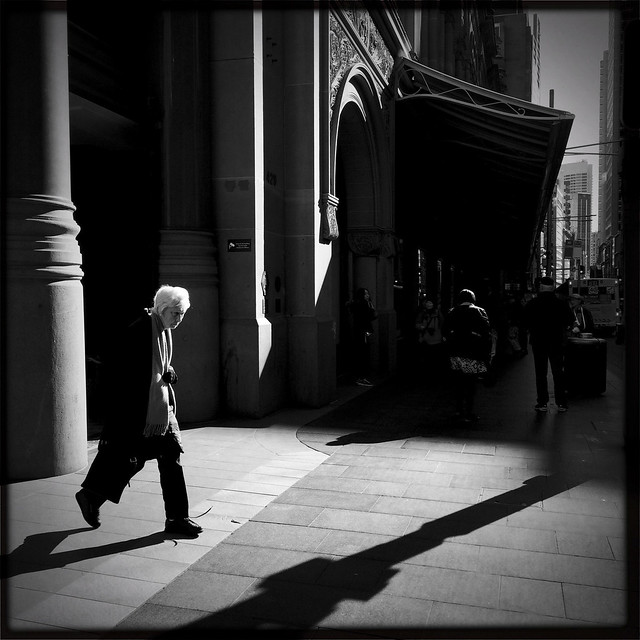 A flailing determination by Albion Harrison-Naish

Apps used: Otherwise, this shot is straight from the camera, no editing what so ever. It was shot with the Hipstamatic app on an iPhone 5s using the Lowy lens and the BlacKeys SuperGrain film. Although sometimes you need to tweak the exposure a little in something like PhotoToaster or Snapseed, I find that mostly if you use the hipsta in the right way, you can avoid needing to do any post production, something which speeds up my workflow in the most necessary of ways. I like that. You preset your filters and then get a final result.
Backstory: I’m not usually a morning person and so I mostly miss out on that lovely morning light. But sometimes I start work in the morning and well, there you have it. This is one of those ‘on the way to work’ shots. Crossing the road and planning on entering those shadows the woman is emerging from, I noticed that as she came out the person on the right was entering the other patch of shadows in the frame, and that she had the most determined expression on her face. And then as luck would have it, I also got the shoelace flying about. 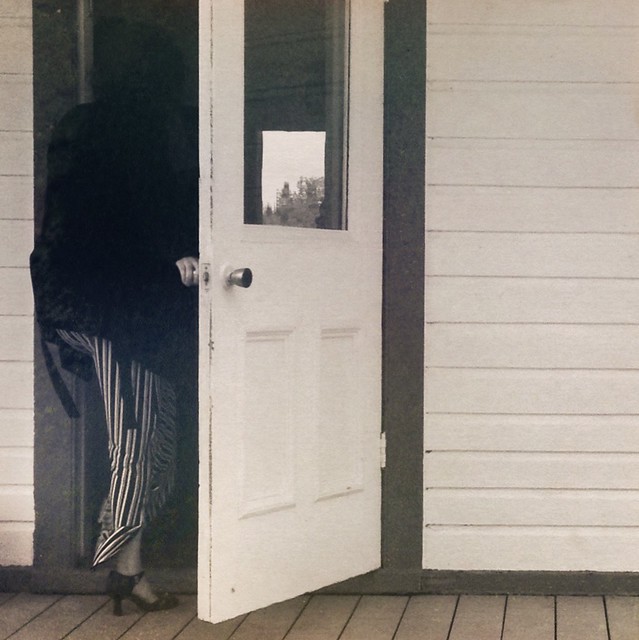 Apps used: Initially, this photo was taken with Oggl (Hornbecker + Uchitel 20). I used Snapseed to cut the frame, straighten the picture, and contrast the leg of the woman and the darkness inside.
This is a simple edit process for me, but the monochrome effectively emphasized lines and aesthetic of the house, and gave an old atmosphere to the photo and the scene. Finally, the title comes from a short story of Franz Kafka

Backstory:This photo was taken during the wedding of a friend, just before the beginning of the meal, when everyone was running around to bring food or to seek a place at the table.
It has a slightly formal aspect with straight lines and shapes; but it also has an unexpected aspect with the reflection in the glass and the woman who disappears in the shadow of the house, and we guess the movement. Her skirt and shoes also suggest a special occasion. 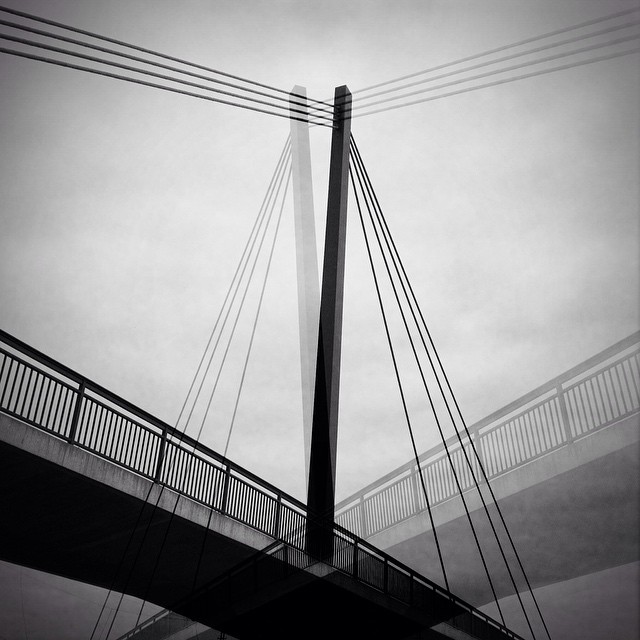 Apps used: iPhone 4S and Hipstamatic
Backstory: This photo was taken in VS-Villingen, Black Forest, South Germany. It shows a modern bridge that crosses the course rails near the train station. The bridge is near the old, historic part of the city and is connecting that part with a new urban area. It is a bridge for pedestrians and cyclist. I have crossed this bridge a lot of times. The abstract part is edited in Hipstamatic. V is for Villingen. The two, crossed bridges in this image, stands for the future and the past, the historic and the modern sides of the city and all the urban contrasts and constructions. For example: A few metres beside the bridge is a modern and new mosque. Walking over the bridge, in direction to the historic part, you can see the towers of a Catholic church that is a few hundred years old. 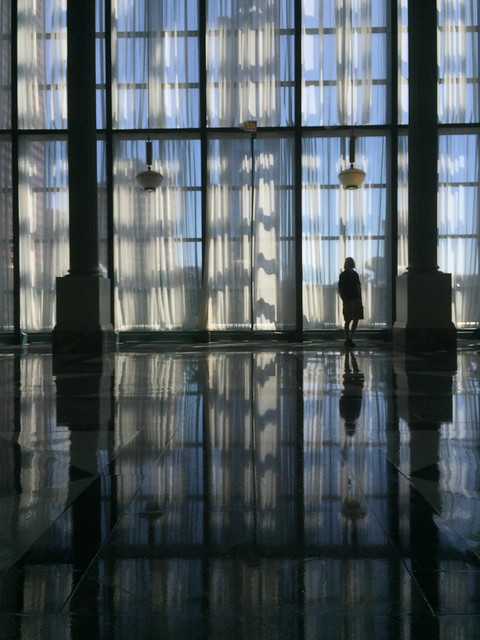 Apps used:
Backstory: The photo is an unedited PureShot TIFF, simply framed, and slightly under-exposed relying on the focus-peaking of PureShot to avoid blowing out the highlights. (I have a similar image with Mary, my other teacher of matters visual.)

I was touring downtown Chicago with my wife and several artist friends, especially focusing on architectural decoration. We were drawn to the recent Harold Washington Library, especially to the upper floor. It has some magnificent features, though overall looks crimped by a limited finishing budget. This marvelous floor, reflecting the strong horizontals and verticals of the east-facing glass wall, drew my eye as soon as I walked in. How appropriate then, that the very person who helped me understand negative space, sauntered over to the window. There’s so much to admire in this image! (I agree – Nicki Fitz-Gerald). 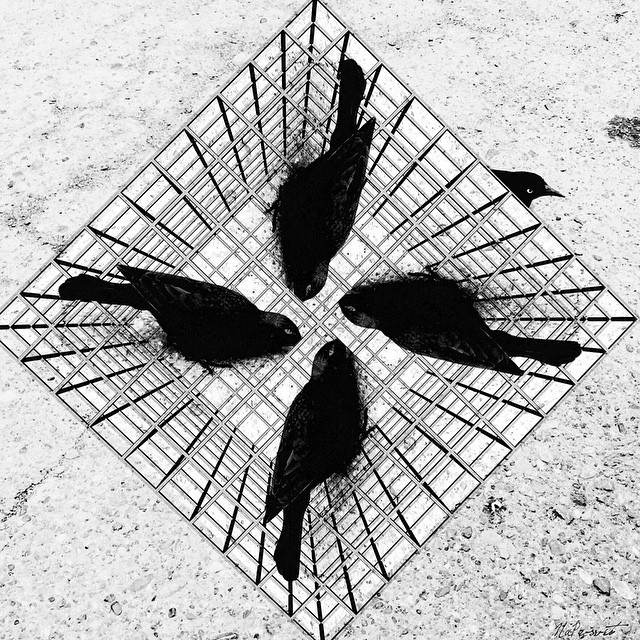 Escape from the trap by Natali Prosvetova

Apps used: Native camera iPhone5S, Provoke for bw, Snapseed, D3LTA and Matter
Backstory: First of all, I have to say that the original photo I shot in April whilst visiting California, traveling with Knox Bronson and Ashley Callaghan =) Nothing special… We just had some coffee with buns and some birds have flocked to feast on bread crumbs. Then I took a couple of pics. As I said, it was nothing special, just another boring bird’s photo. But I clearly knew how I can use it in the future.(for my graphic arts or so..)

I have recently got carried away by the “Matter” app, as well as “D3LTA” app and I could imagine the results. I love these apps too much.
Actually, the “Matter” app. I use for creation my short video stories (=animated) in general. But not here. 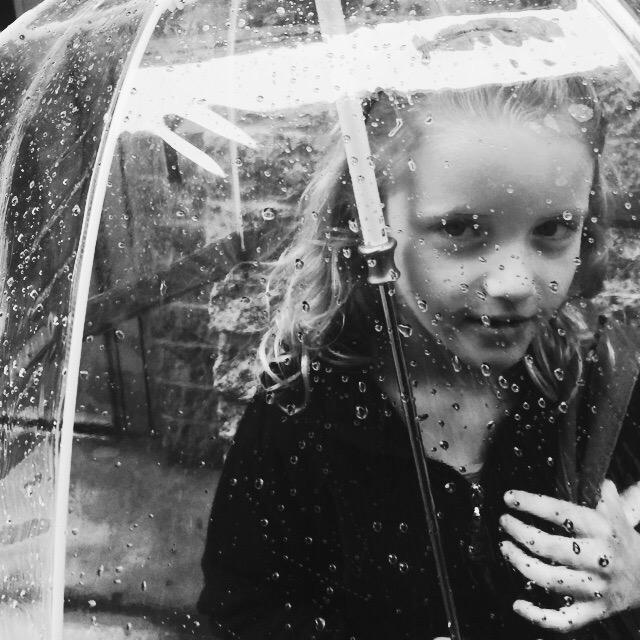 in time by Julia Nathanson 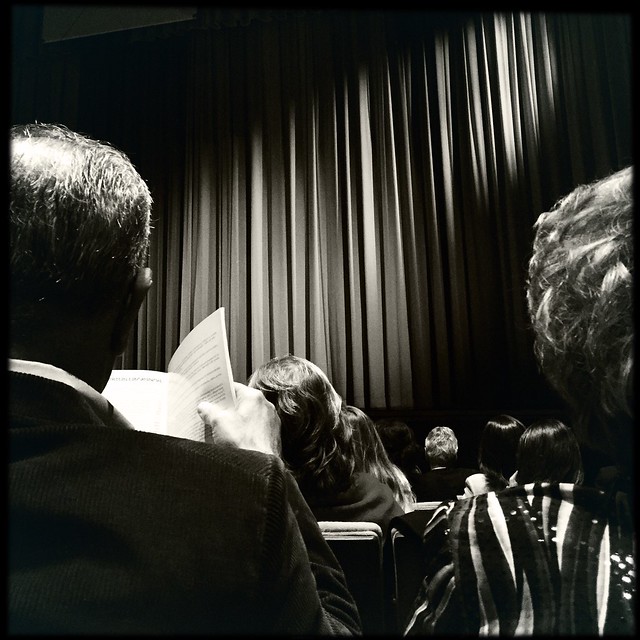 Apps used: iPhone 6 and Oggl
Backstory: I had gone to see the Anoush Opera at Ambassador Auditorium in Pasadena, CA. In between acts, I noticed the couple sitting in front of me and at that moment, the light and composition screamed to be captured. I used my iPhone6 and Oggl to take the photo and am very glad I was able to capture the mood. 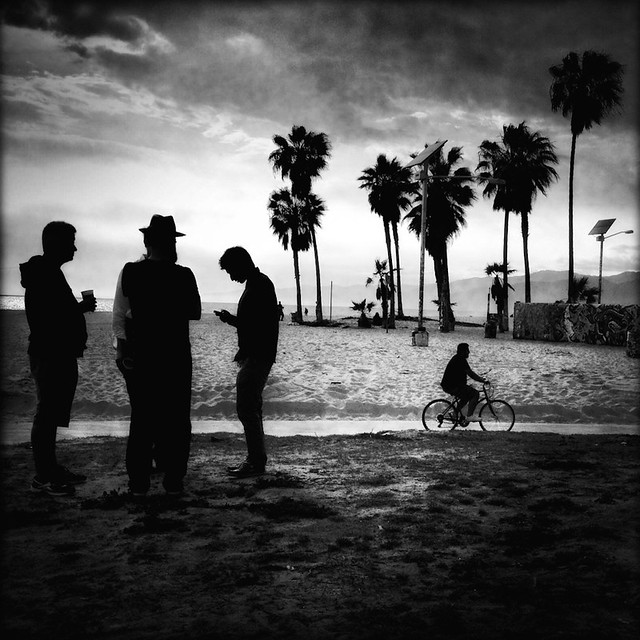 Backstory: I was at Venice Beach a few weeks back in search of a good photo but not having much luck. Right as the light started to get good I noticed this group of guys juxtaposed with the cluster of palm trees. All it needed was one more element to complete the shot so I waited only a few seconds and…presto!…the bicyclist entered the scene. 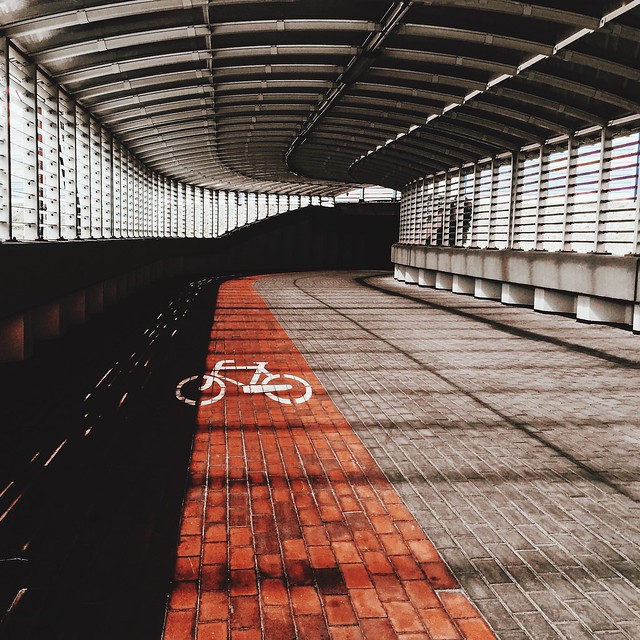 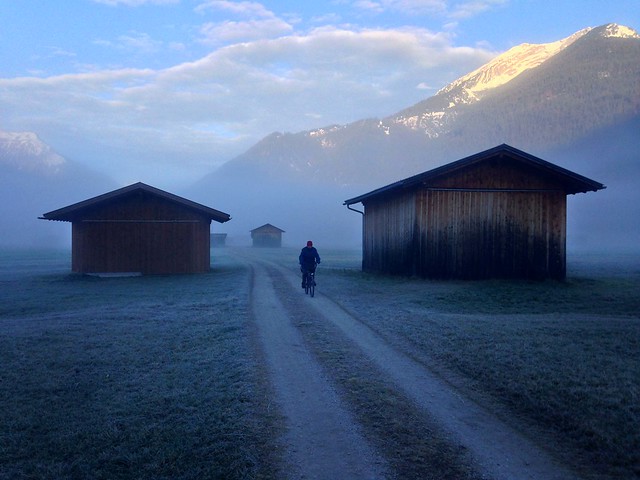 come in from the cold by sculptorli

Apps used: iPhone
Backstory: Passing through Ehrwald, a small Austrian town on the Alps one quiet morning, I was attracted by the frosty landscape under the snowcapped peaks. I decided to take a walk. As I approached a few barns in the foggy distance, a lone cyclist emerged from the fog to my surprise. All I had is my iPhone with me. I managed to snap a few shots with the default camera on the cell phone before my hands freeze up in the biting cold air. I am still amazed at how someone can cycle around in such cold weather condition. 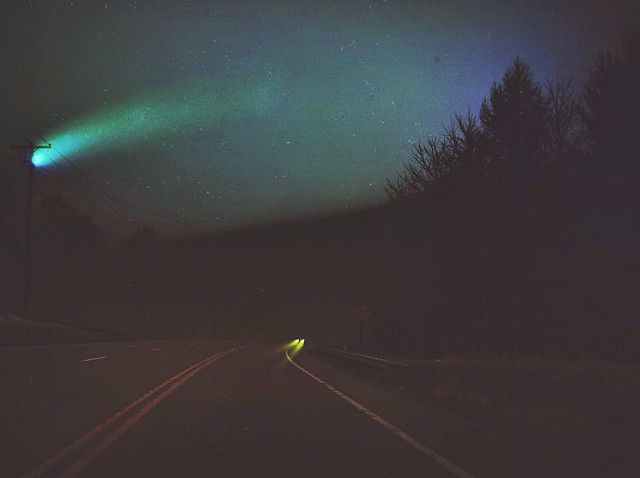 Apps used: Tadaa, Mextures and LensLight on iphone
Backstory: This shot was taken on a late night drive after a rainstorm. It was very muggy and hazy and I wanted to capture that moment and vibe that a lonely road evokes. I used Tadaa app to very slightly alter the focus. Most work was done in LensLight, where I darkened the overall brightness yet amplified the few lights in shot, which I wanted to be the focal point. In doing so I loved the glow both sources of illumination took on, so I wanted to leave them just so. I only added a very minimal grit in Mextures to take on the effect of stars overhead and give it a vintage texture.

If I am honest once I started I was going for a look inspired by one of my favorite books as a little girl, “Sam and the Firefly”. I to this day love the colors and feeling that comes across in it. Being a night owl myself, I find this time of evening and glow of lights almost soothing. I quite enjoyed doing this and hope to try more of this sort as the summer thunderstorms roll in. Its always an honor to be featured and be able to give a behind the scenes peek of some of my work.