In this first weekly Apps Uncovered of 2018, we present a selection of what I found to be the most interesting images from our Flickr group this week – with one commonality: as I viewed the images in sequence, these particular photos caused a double-take. My guess is that they might do the same for you.

This week’s lead artwork is a splendid staged shot by the inimitable Cedric Blanchon – a bit of a legend in the creation of surreal worlds using the iPhone. If you need further convincing, take a look at Cedric’s photostream: https://www.flickr.com/photos/71479580@N04/.

The party is over by cedric blanchon

Apps used and backstory: I took this picture with a iphone6 plus, and after i used the mextures app for the black in white and texture. A friend of mine asked me for the photo, she is model. This photo recounts in a surrealistic way how a person could end life once the end-of-year festivities are over.

Apps used: Procreate, iColorama, Tintype and Snapseed.
Bacsktory: Self portrait taken with the native iPhone 8 plus camera. Many of my portraits are bald, they represent an emotional rawness from my own struggle with negative self esteem, perception and beauty. 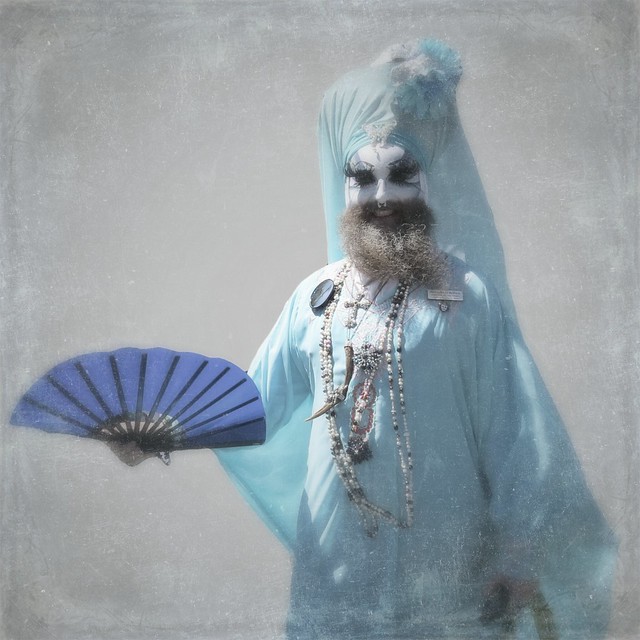 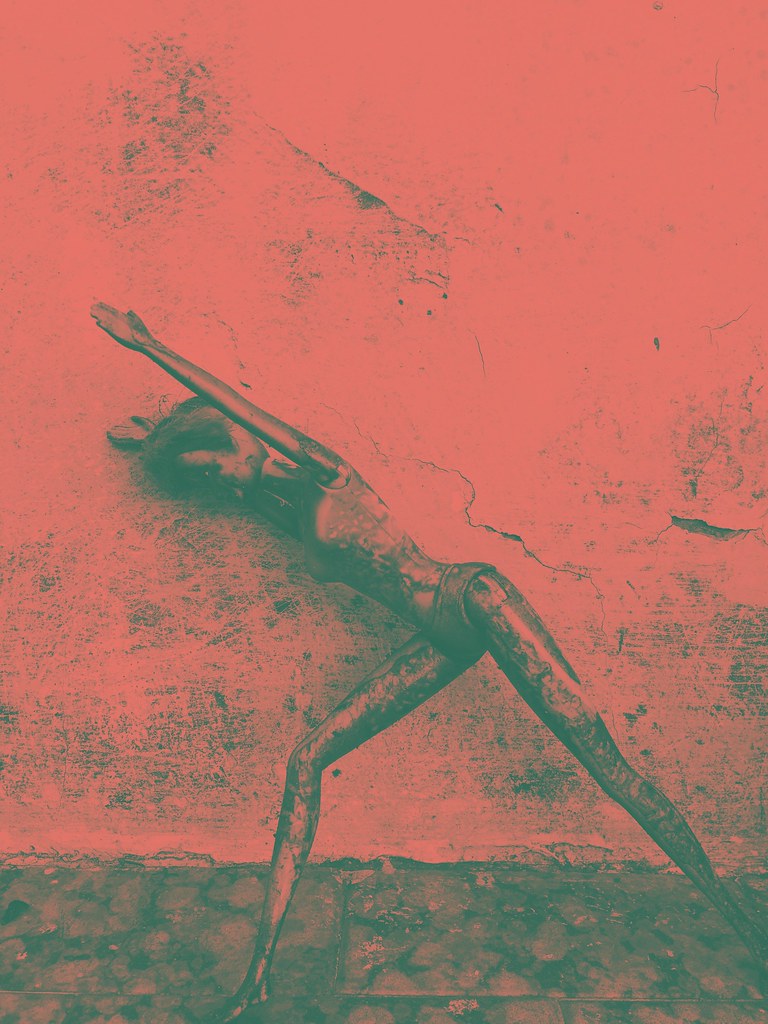 App used: Cymera app
Backstory: love this duochrome effect, love the vintage-y weird mood it renders.
My young cousin has given me some old dolls she doesn’t play with anymore, and I sprayed them in pink and golden. Then every now and then I make photoshoots with them, and this is one of the results 🙂 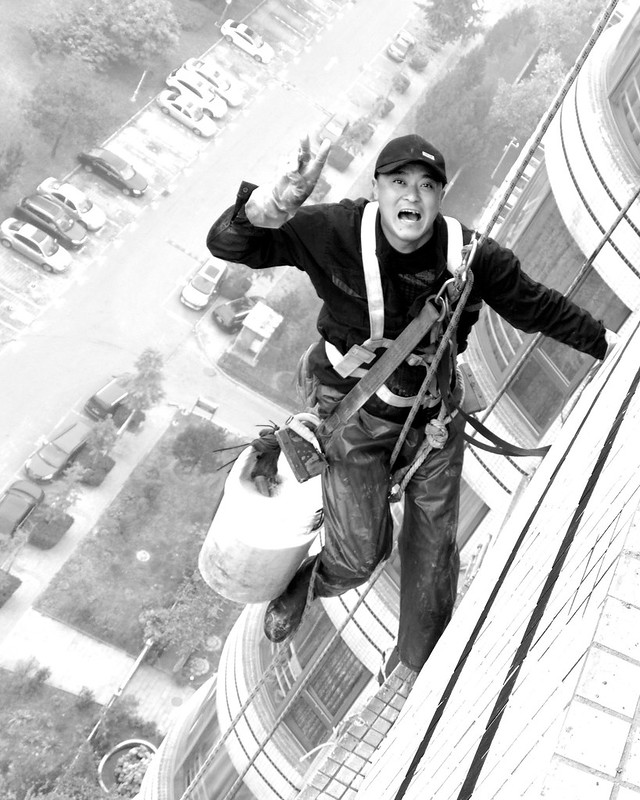 High V 2018 for everyone! — ❤️Happy New Year to You, whoever and wherever you are! by Paul Yan

Apps used: Shot on iPhone 8 Plus with the ProCamera app; post-processed with Snapseed
Backstory: The annual window cleaning of my apartment building was being carried out. Secured only by hemp ropes fastened to the 31-storey-high roof top, the professionals performed their task beginning from the top floor, with acrophobia thrown out the window. After finishing my level, they went down below. I asked if I could take pictures and this jolly gentlemen gave me a high V. 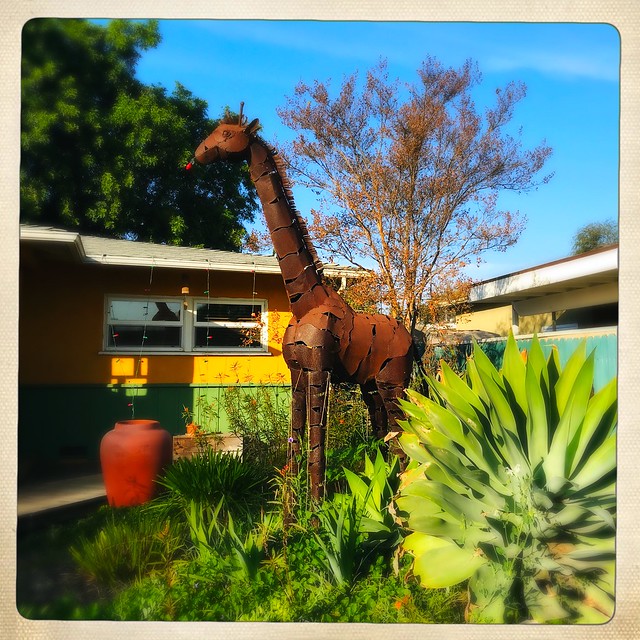 Apps Used: Hipstamatic with Loftus lens, Inas 1969 Film and Apollo flash.
Backstory: I shot this photo during a walk around a Southern California neighborhood. I liked the irony of a red-nosed giraffe and the colorfulness of the scene. I shot it with hipstamatic, but found the colors a bit dull, so I post-processed it in HIpstamatic from the original using another combination. I like the saturated, slightly glowing colors to bring out the red lightbulb on the giraffe’s nose, and the feeling of depth this combination achieved. 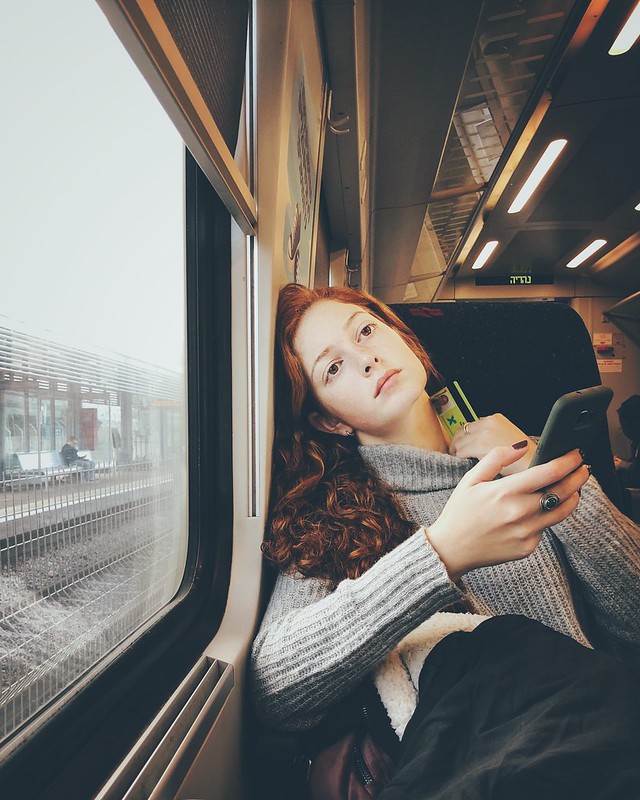 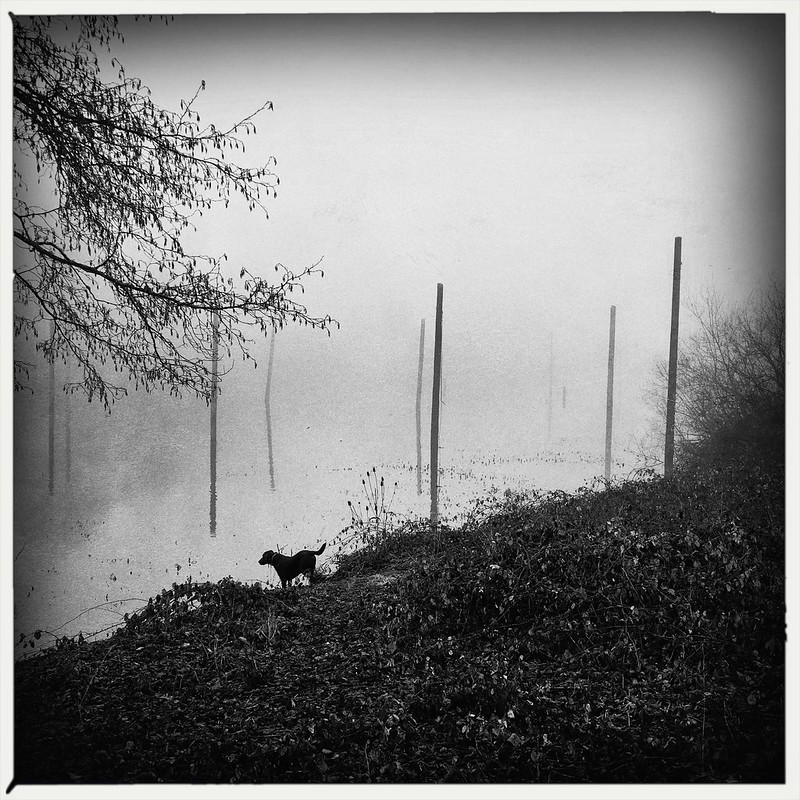 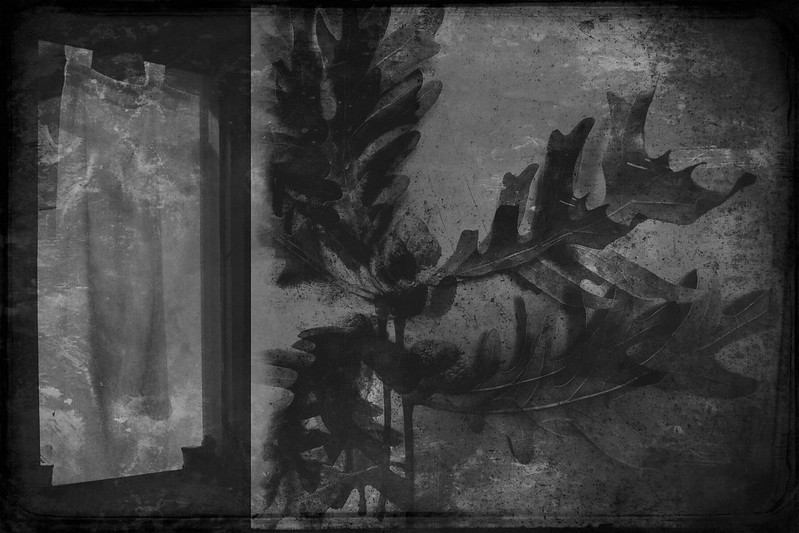 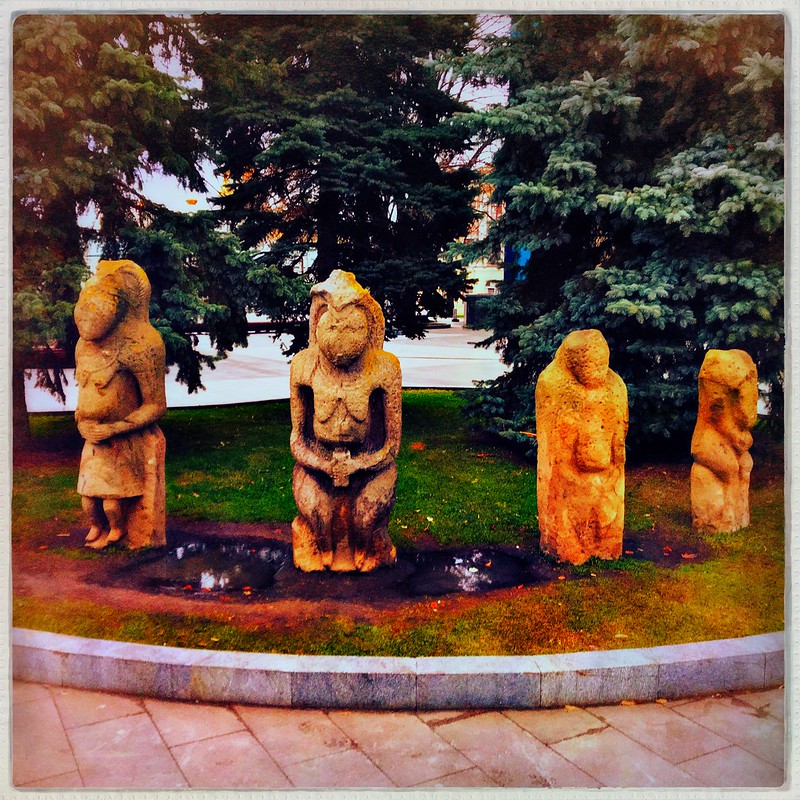 Apps used: Hipstamatic – 1st Bake /Lens: Frosty | Film: Rasputin | Flash: Apollo/ … 2nd Bake /Lens: Antoni | Film: Robusta | Flash: Apollo/
Backstory: Honestly, I don’t even know what do these statues mean exactly, where are they from etc. (I hope I will figure it out soon!) Just saw them walking by one morning, and the inner voice told me take the shot! 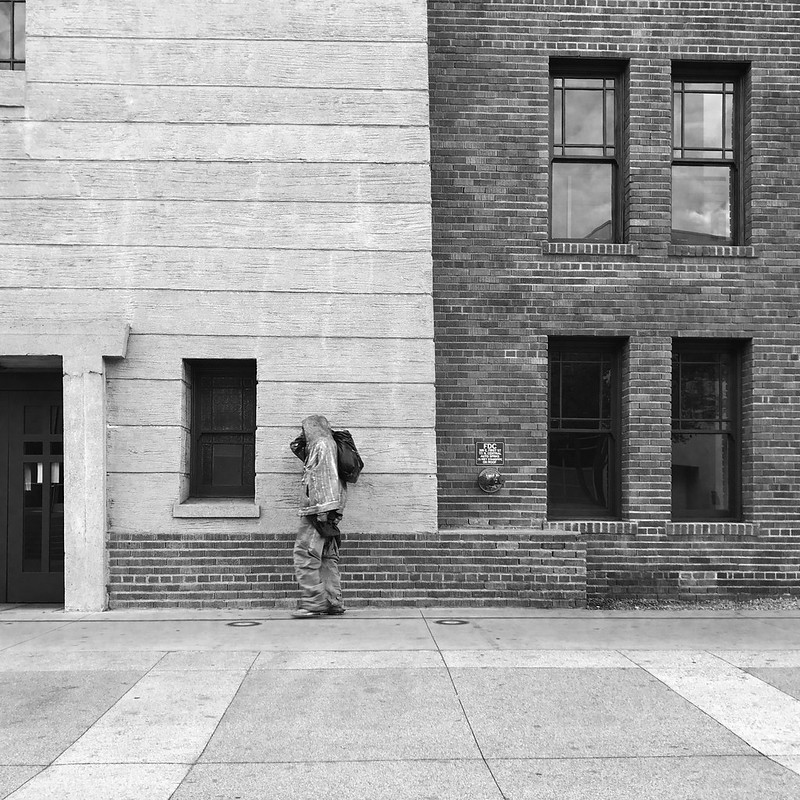 Apps used: SKRWT, Hipstamatic with Mark lens and BlacKeys Supergrain film.
Backstory: I liked these walls as a backdrop, so waited for the man to arrive in front of the white wall. I like the result with its light/dark contrasts and leading lines. This photo was taken with Hipstamatic, but because it needed straightening, I went back to the original photo, straightened it in SKRWT, and then processed it in HIpstamatic. 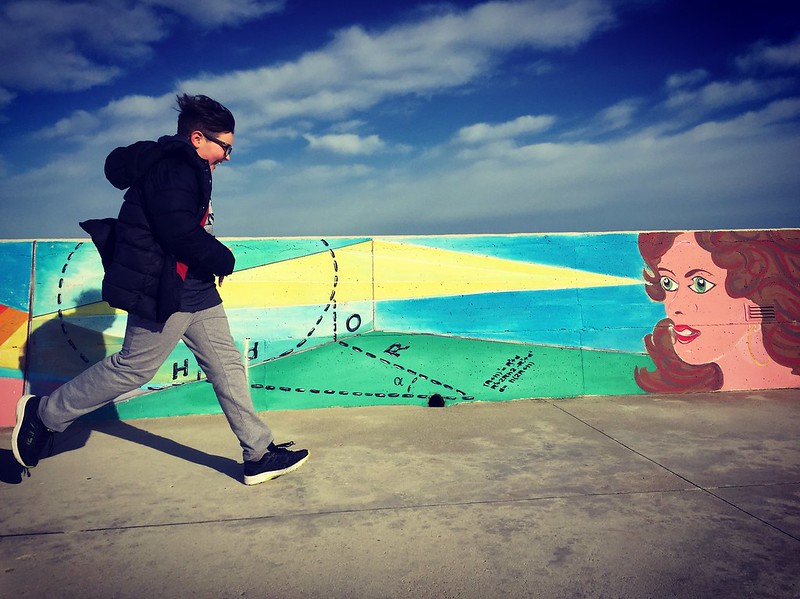 Meanwhile at home: January 2018 by Roccantica

Apps used: It was taken with my iPhone 6 and processed by Instagram’s filter XProII.
Backstory: I am very instinctive when it comes to capture people. I was passing by, the boy was chasing his brothers, I pointed my iPhone and all combined together. I didn’t have to stand there and wait in front of the graffiti for something meaningful to happen…