Welcome to this week’s Apps Uncovered, our weekly feature, showcasing iPhone art and photography from around the world. This week I am running late again so forgive me for keeping the intro short. Big thanks to Kristie for our lead image this week “Vorfreude”; the German word for “anticipation”, full of mystery and intrigue and so beautifully executed, using the blur option in TADAA to throw out the background, bringing to the foreground the wonderful patterned cloth.  Thank you all for sharing your wonderful images on our iPC Flickr group and wish you all a great iPhone shooting week!

Apps used: VSCOcam, Tadaa and Snapseed
Backstory: For this, I used my iPhone with self timer. I knew right away I wanted a sepia tone for this photo, and VSCO app was perfect for that. I then took it into TADAA and used the “blur” option and did a mask, to make myself (particularly my hands) the focal point with the woods blurred out slightly, behind me. I finished it off in SNAPSEED with a little bit of tone adjustment. The caption is in German, and its translation is “anticipation”. 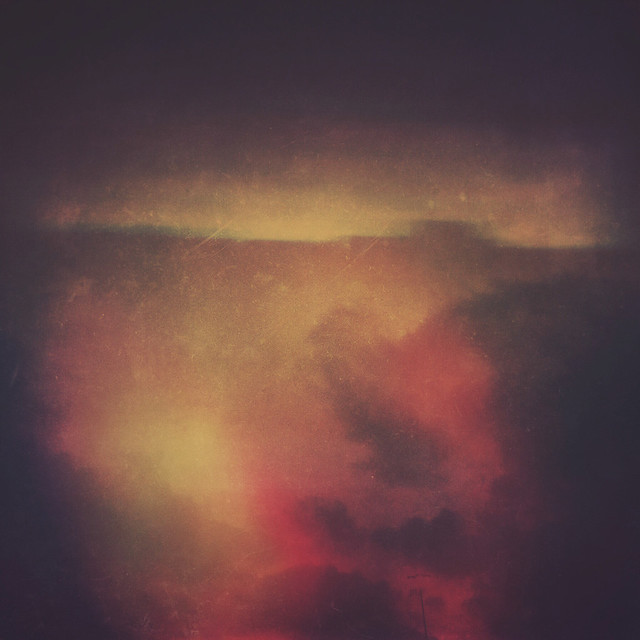 I made this photo while listening to Lillian J. Buckley’s song “Missing” from her album “Utterance.” You can learn all about this amazing woman here: www.lillianbuckley.com/

Due to my health, I haven’t been able to shoot a whole lot of new photos recently, so I’ve been working with “old” discarded shots

Basically, I took 2 photos that I thought were “failures”: one of just blue blur and one of some sunset clouds. I used Image Blender to merge them, and then used Stackables and Mextures to add texture and warmth.

I had no idea where I was going when I started, but Ms. Buckley’s song inspired me as I kept playing around with the image, and I think the following lyrics led me to try and create that beautiful sunrise she’s referring to in the song:

“The sun rose today in a beautiful way,
But I could not delay, so I missed it. ”

I often use lyrics or song titles to generate ideas, or, sometimes I create an image first and then realize that it connects with a song lyric or song title.

I like to use my iphoneography to pay homage to the songwriters who inspire me as a “thank you.”

I shot this with my iphone6 native camera app and processed in on my iPad using Stackables and DistressedFx. There really isn’t much of a backstory on this one…I started with one of Stackables’s text filters and went from there!

Apps used: Hipstamatic Tinto 1884 with the Maximus LXIX film. Superimpose, Snapseed and Diptic.
Backstory: The self-portrait in the left is a photo with the Hipstamatic Tinto 1884 lens and the Maximus LXIX film. During shooting there was only artificial light, obliquely from above, because I have taken it in a ship’s cabin on a large ferry, in which there were no windows.

I added a structure level with Superimpose, here a rough paper texture. Color, exposure, contrast, I have adapted with Snapseed. As often I have multiple versions of an image and paste as levels together in Superimpose and I try out until I like the picture.

The right side shows the mudflats shortly before sunset at our holiday destination, also a Hipstamatic photograph. I have merged in Superimpose with a plane that was the back side of a very old wrinkled document.

Both sides I have put together with Diptic and adapted in it also color mood and exposure.

My pictures always have something to do with what currently occupies me. While I’m working on the image I can think about it – it’s like a kind of meditation. I ask myself, for example, how I feel and how I could express it.

In this case it was a question that people often tell something that does not match with their actions. Should we therefore believe on their words or does not count rather what they do – or not do? You hear evasions, but one suspects at some point, that cannot be…..
The scenery right should not be a real place, but an inner place, where it’s quiet, where no other persuades me. There one finds probably the solution that is for oneself the right.

So, that was the creative process and the background story to the image. 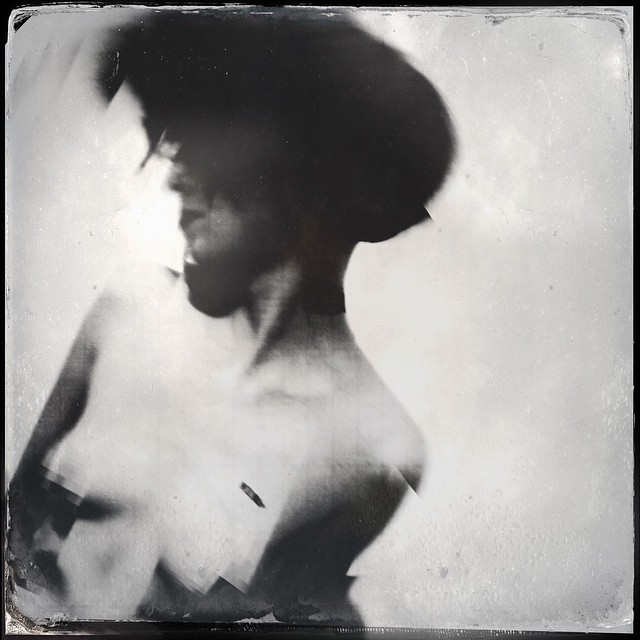 This is a photo of my girlfriend, shot in the iPhone 5. I wanted to express her inner self and think I generally succeeded.) For processing I used FragmentApp and Hipstamatic Oggl-only these two apps. 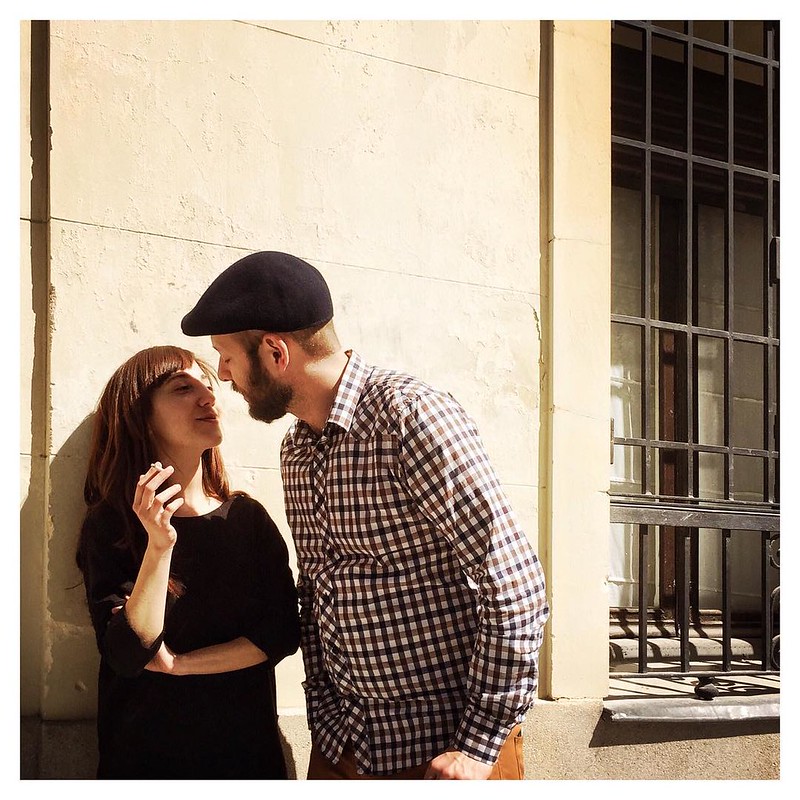 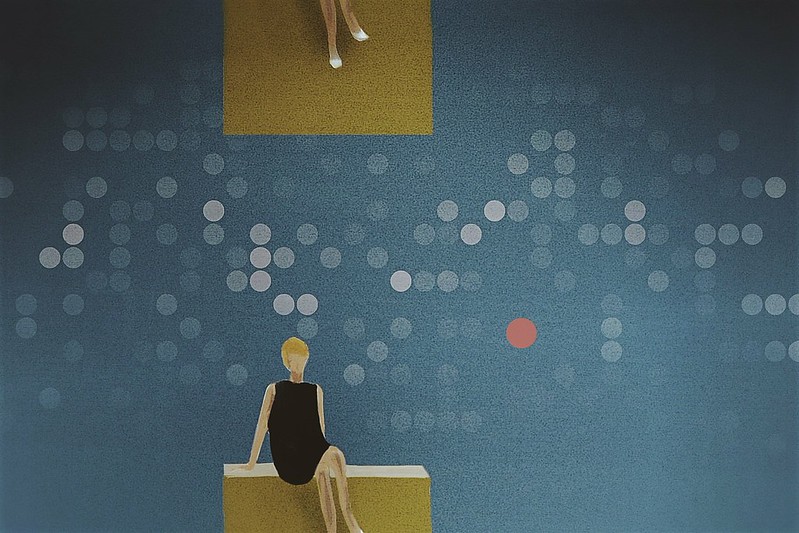 lady in rest by Monowave

Painswick Rococo Garden, Gloucestershire UK Apps used: iPod touch’s camera / brushes+pictureshow+photoshop touch+scratchcam fx+deco sketch+ Backstory: I began visiting Painswick Rococo Garden in 1989, since when, I’ve witnessed its transformation from overgrown wilderness, to what it is today: the most complete example of an 18th century English Rococo style “Pleasure Garden”. For the last 18 months, I’ve had the great fortune to be resident artist in this beautiful, inspiring location, combining mobile photography with an obscure 19th century printing process that involves, amongst other things, the messy mashing up of fruit, flowers and vegetables. I began my residency following a long period of illness. Spending time in the peace of the garden, adapting my working practice to the cycle of seasons and the specifics of place, has been a deeply rewarding experience. I love being outdoors in all weather, something I attribute to my Romany heritage, but recently, my love was tested to the limits when I was commissioned to write an article about Nature photography. I wanted to demonstrate the capabilities of one of my favourite pieces of equipment: the Olloclip Macro lens system, moving away from my comfort zone by shooting insects in a more “naturalistic” way than my abstract botanical work. Painswick has a much wider variety of habitats than my back garden, so I imagined it would provide more photo opportunities. On the days I’d set aside to do the work, forecasts predicted typical English Summer weather. Sure enough, it turned out to be cold, windy and very, very wet. For three days, I stood, knelt and lay rain-drenched, whilst the entire bug and beastie population of Painswick Rococo Garden stayed resolutely hidden “indoors” and as I imagined, laughed at me! Towards the end of day three, my patience was finally rewarded: the rain ceased, the sun put in an appearance and throngs of bees came out of their hiding places to collect pollen from the sparkling flowers of Exedra Garden. These photographs are two of the many I took whilst waiting for the bees to arrive, using the Olliclip 3-in-1 Macro lens system and shooting in Hipstamatic. They demonstrate how when you go out looking for one thing, you inevitably find something else. The first shot was not post processed because I was happy with the composition and loved the washes of inky blue tones. The second photograph is one that I almost deleted from my camera roll because the colours were far too “sweet” for my liking. However, It’s always good to desaturated an image to find out what’s really going on in terms of composition. Importing this one into Snapseed to modify saturation and levels so that just a slight hint of original colour remained, revealed an delicacy and gracefulness that had been masked by the original preset.

Apps used: Snapseed and TouchRetouch
Backstory: This photo was taken with an iPhone 6 and it’s the front panel of a big supermarket in my city. The photo was croped, enhanced and leveled with Snapseed and I used TouchRetouch just to repair minor spots. 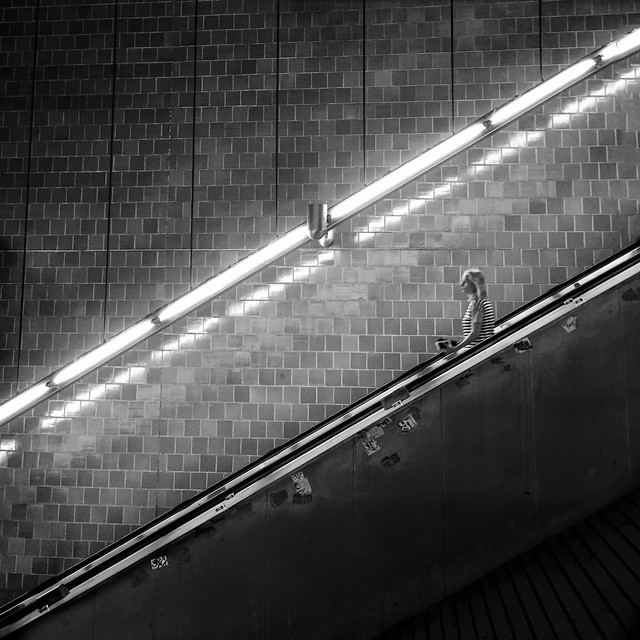 Apps used: Processed with VSCOcam with 5 preset
Backstory: I was wandering the riverfront in St. Louis and stumbled upon this run down abandoned surveillance room near the Eads Bridge. I used Mextures for the screen’s scratches and Unionapp to isolate the scratches and brighten the screen. Using Afterfocus, I blurred the background. I then ran the image through VSCO using the 5 Preset along with some added vignette. I added the screen text with Phonto. 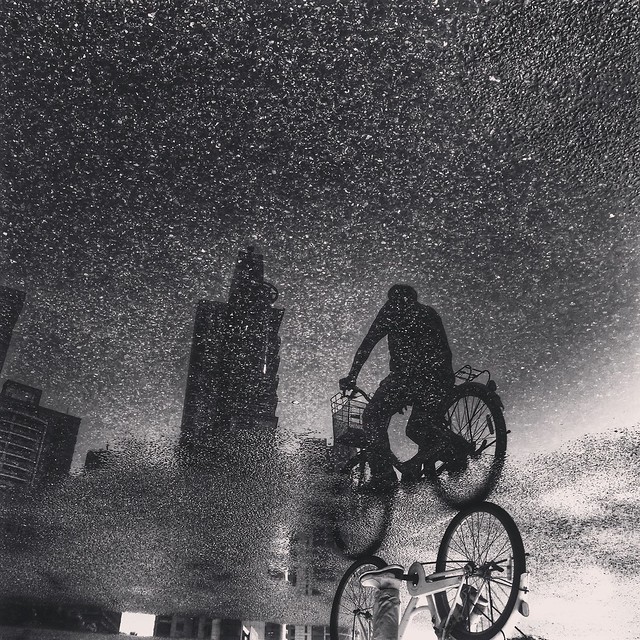 and just like that, the sky was suddenly full of stars…~ Shanghai by mimo khair