Welcome to this week’s Apps Uncovered; the longest running showcase of iPhone photography and art in the world. In the UK, Spring keeps tapping but cruel Winter won’t let her in so I was delighted to see that she is making some progress in other parts of the world like New York as depicted in Allyson Marie’s wonderful image of spring bulbs blooming in her kitchen window. Allyson’s image is a testament to her ability to see beauty in the everyday; the image is full of warmth, promise and hope. The sharp,fresh greens are contrasted beautifully with the surrounding soft, brown, warmer tones but also notice the little supporting textures of the extended patterned frame of the wall and the small patch of light under the tap. It’s these little supporting details, accidental or not, that add extra interest for the eye and lift an photo from good great. A great photo Allyson.

NEWS: I am thrilled to announce that I will be flying to Los Angeles next month to give a short presentation of my work and methods along with my iPhoneography Central partner Bob Weil and LA based photographer David Ingraham at the http://laphotofestival.com. More information coming soon. Places are limited so please book early if interested. 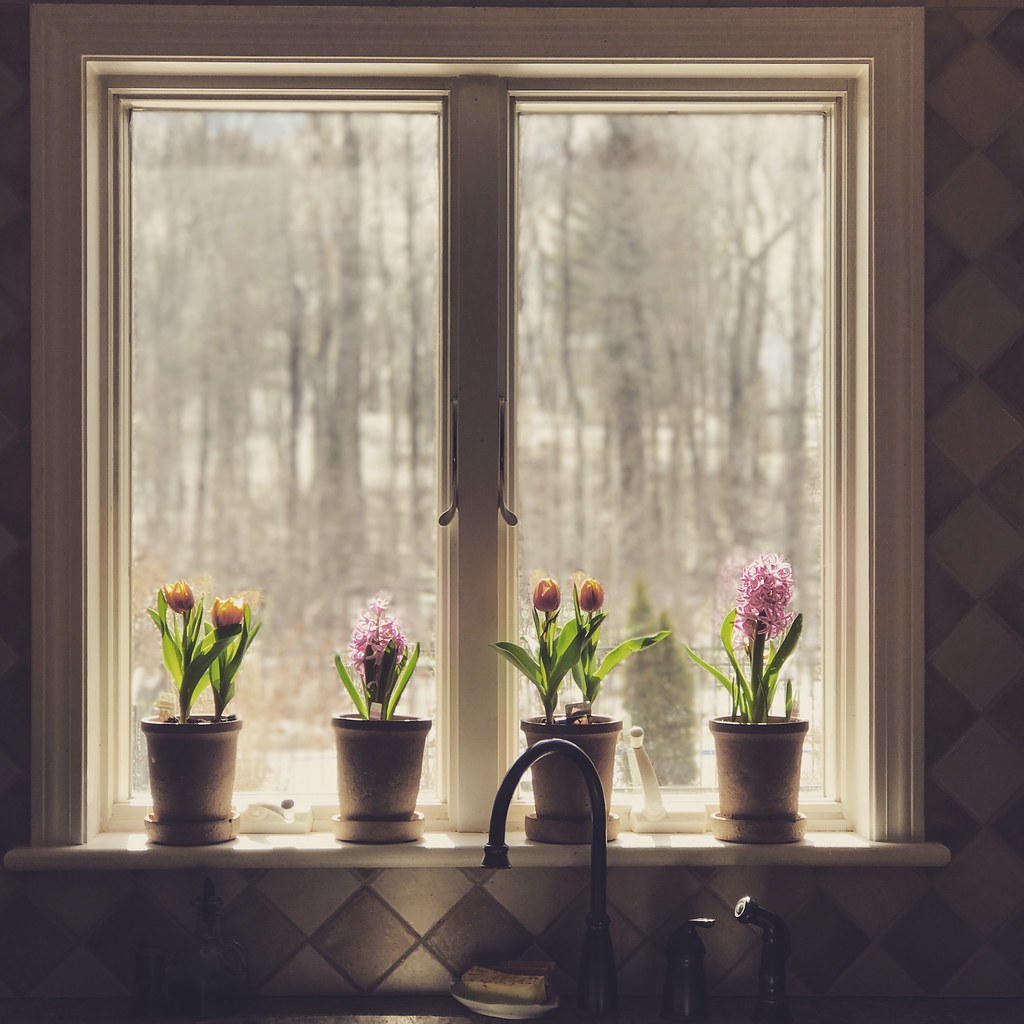 Apps used: My image taken with my iphone 7 plus and edited with the instagram filter”valencia” Backstory: My kitchen window, lots of time spent in this room and looking out this window, the other morning as I entered the room the soft morning light was peering perfectly thru the window, and my potted spring bulbs were just soaking it up, not to mention the amazing smell the hyacinths were permeating the room with.

Apps used: I took the shot with an iPhone 6s Plus mounted on a tabletop tripod. I used the basic camera app and post processed the shot first with VSCO j1 preset, and then, to augment the effect, in Filmborn, Fuji 160 NS preset. I then worked the image in Handy Photo to smooth out the background. Finally, I used Snapseed for general tonal and sharpening adjustments, to add a blur and to create the vignette.

Backstory: This is an arranged still life I created last May. Since it was one of my favorites, I wanted to revisit the image and try a reworking of it.  I attempted to stay close to a minimalistic ethic. I used, as main elements, a white bowl, spring cherries & a dark bottle. The ensemble was placed on a wooden table, with a black backdrop providing the stark background. The only light was from a window, left. The color combinations and tonal values are striking The effect, taken as a whole, is, to me,poetic. 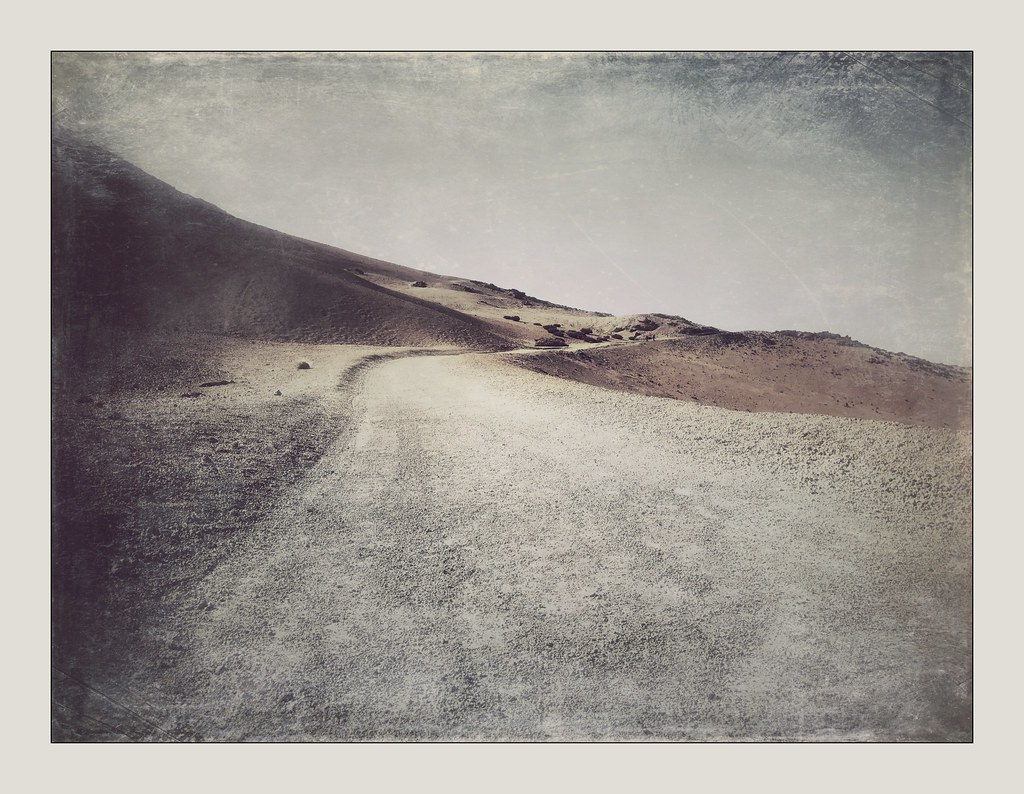 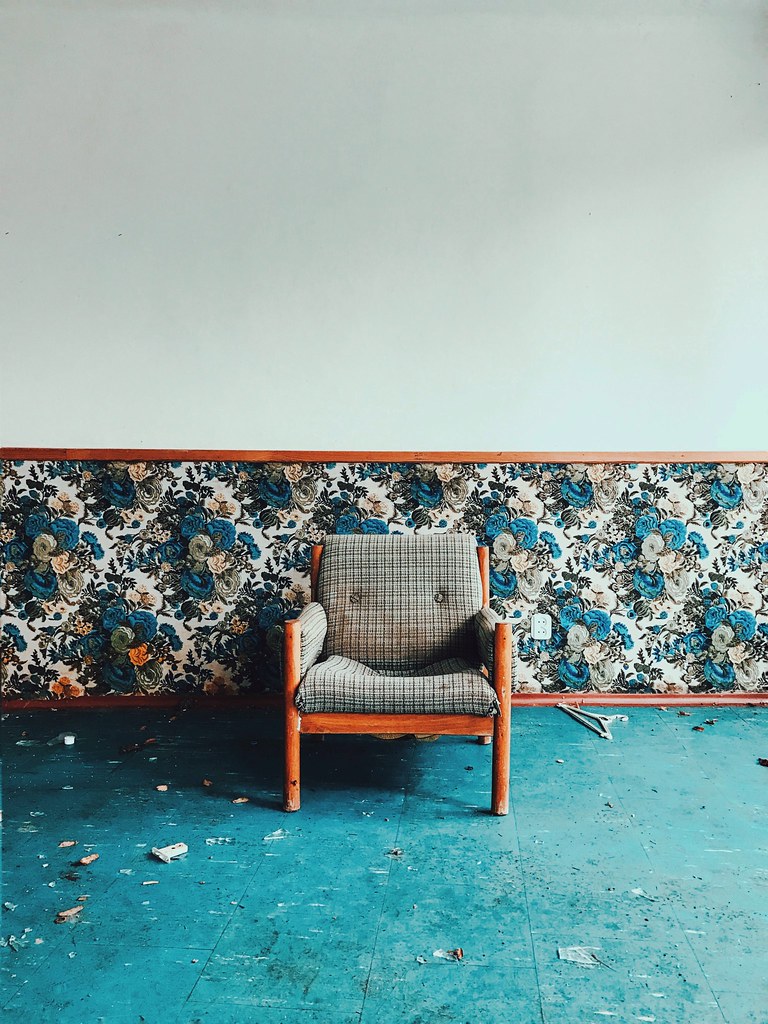 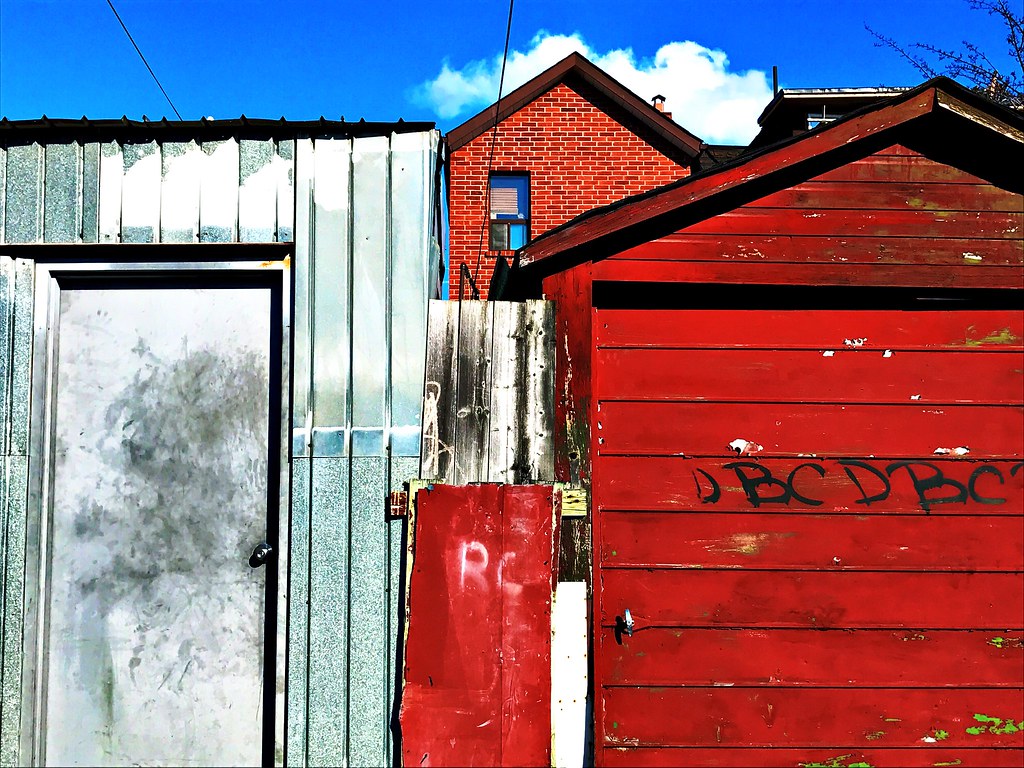 Apps used: Shot and edited with Hipstamatic, using the iPhone 7plus optical zoom lens. Background: This photo is part of an ongoing series called “in the Lane” which explores the laneways in the west end of Toronto. 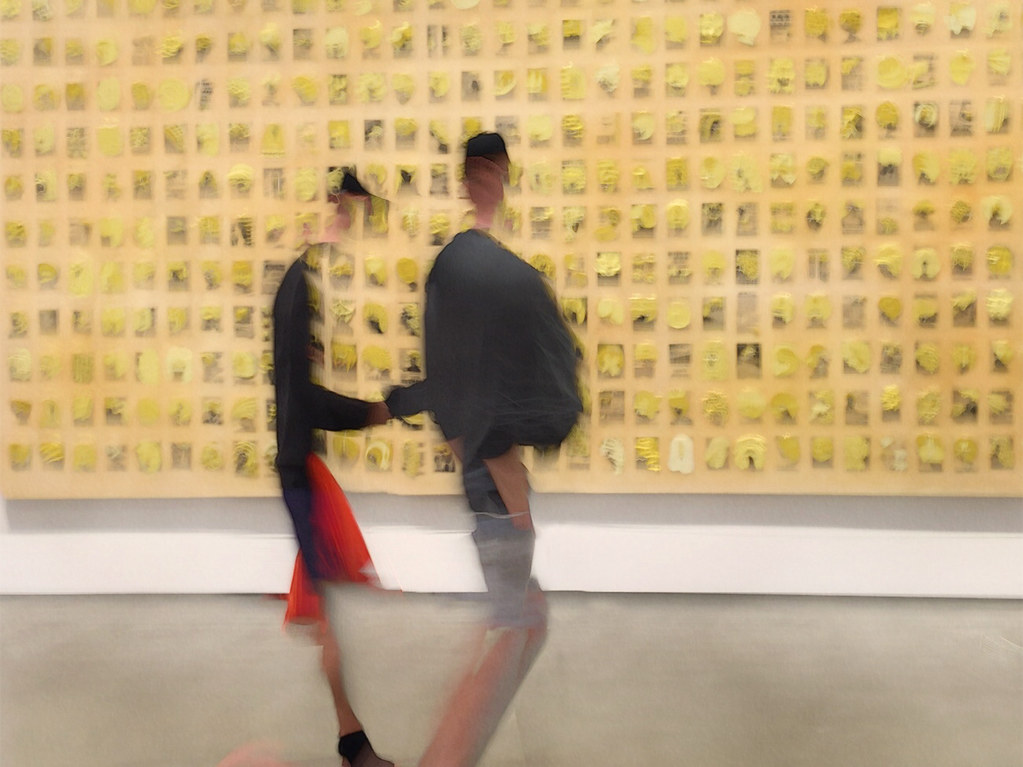 Apps used: Slow Shutter Cam, Snapseed to do basic exposure and cropping, iColorama to boost colors and clone out a small sign.
Background: I love to spend the day at a museum (this was The Broad in LA) using the slow shutter cam app observing people viewing paintings. It takes practice with the app to get the right settings to distort people without too much blur, and lots of patience waiting for just the right amount of movement. This large yellow painting provided a great backdrop, and the red in the woman’s skirt added just the right contrast. 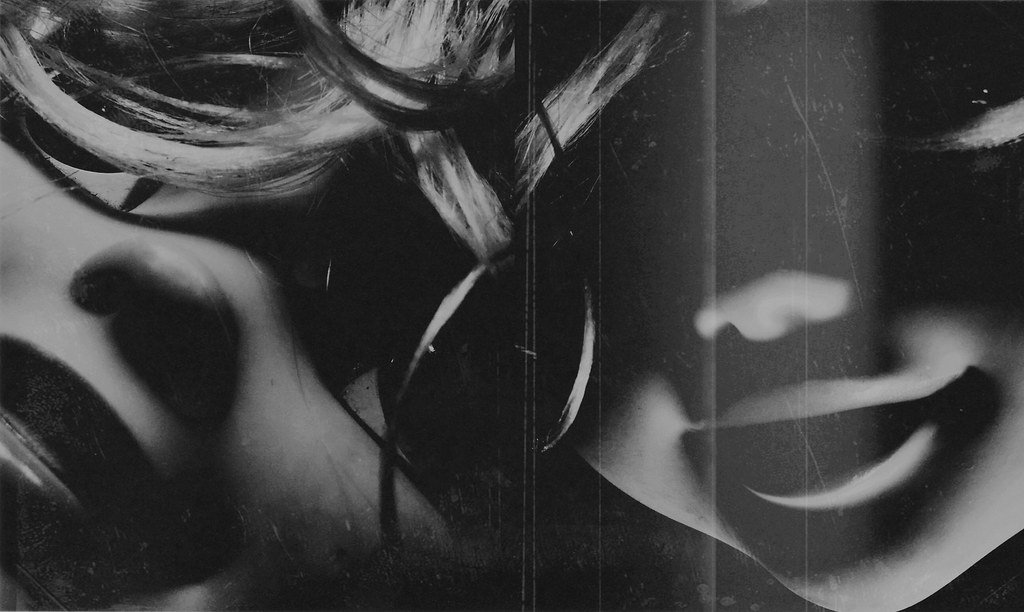 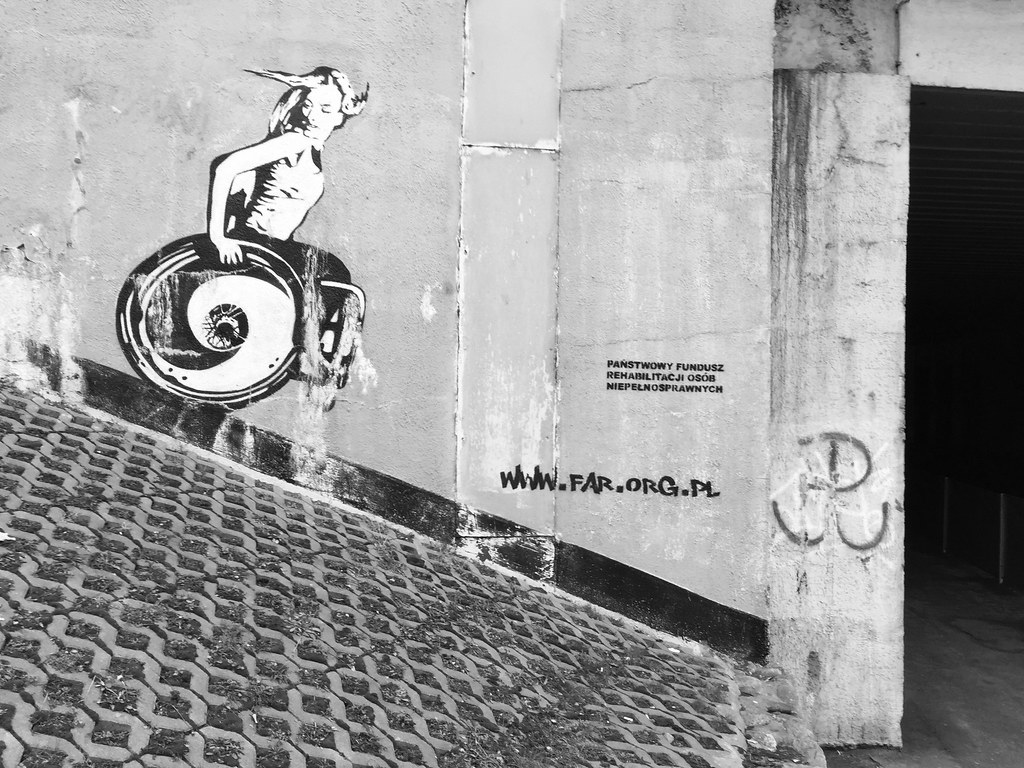 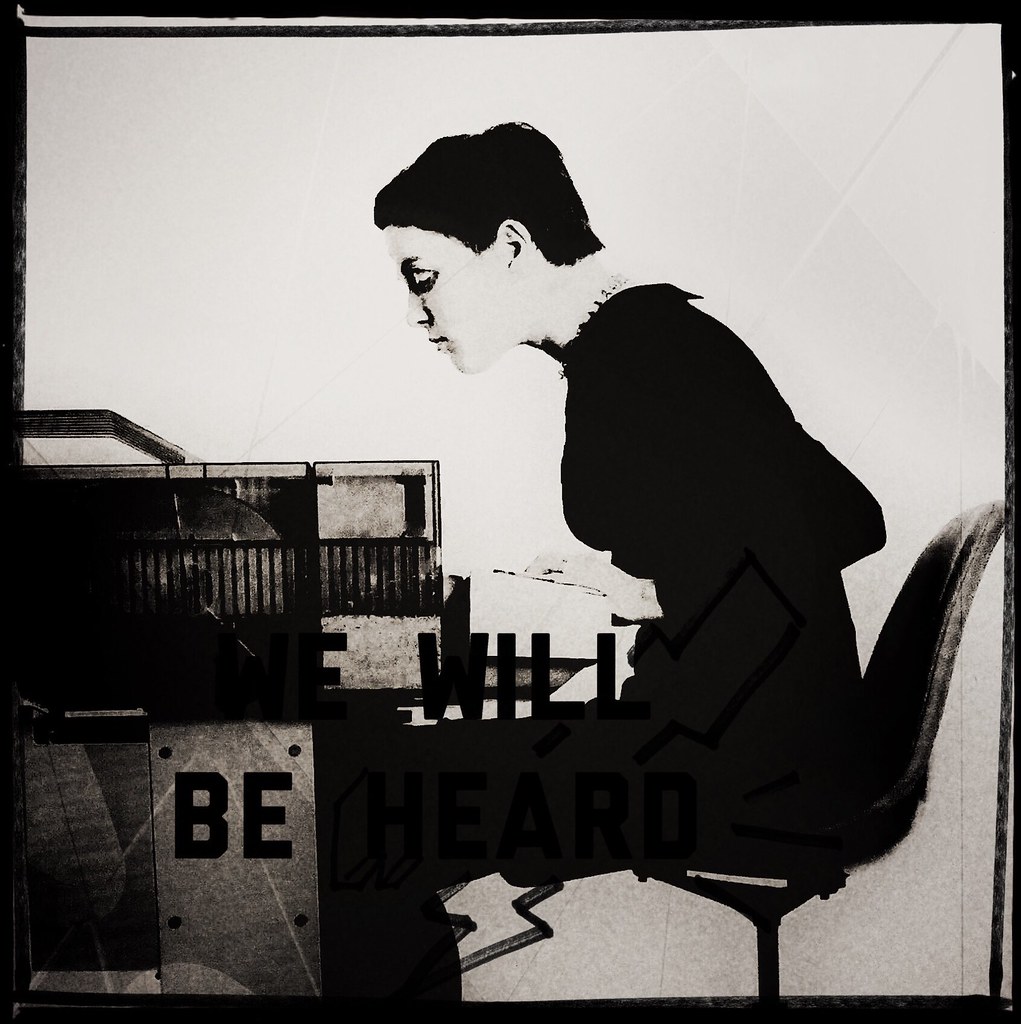 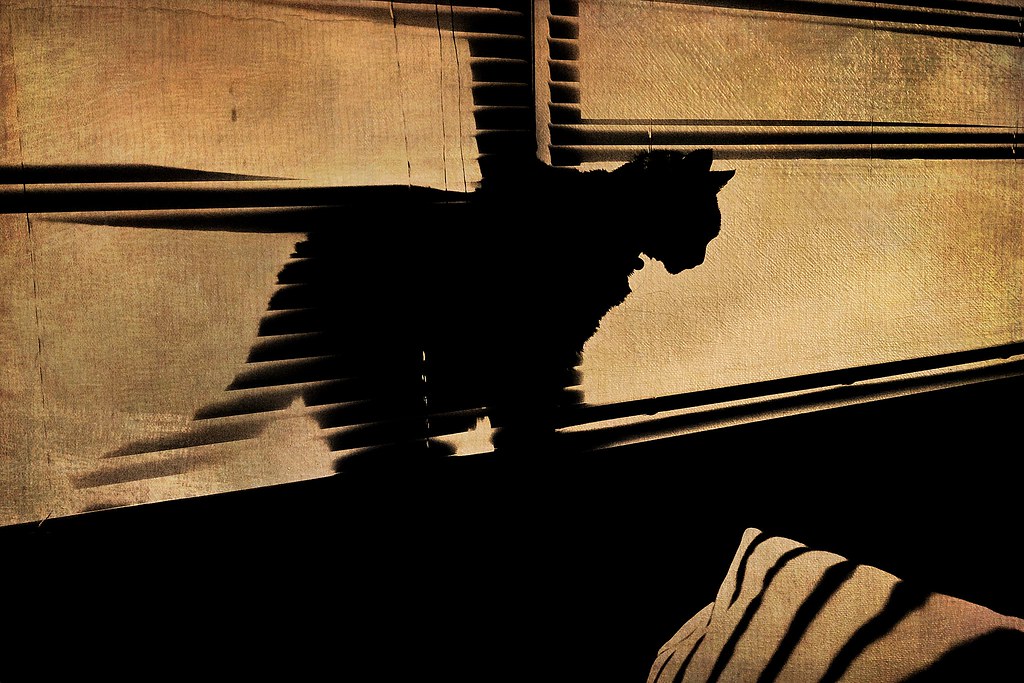 Back story: I was lucky to capture this photo. I keep my iPhone on my nightstand and Lily was behind the blinds when I awoke. I grabbed my phone and started shooting with the Provoke Camera (my go-to for luscious b/w) and caught her emerging from behind the blinds. The light was gorgeous and made the striped pattern on my bedding as well. I used SnapSeed for light editing and Stackables for texture and the vintage tone.