This week’s Apps Uncovered represents the first set of the new year, and includes my selection of images from our Flickr group this week that return to a theme I have been drawn to recently – black and white imagery that seems in keeping with the time of year.

This week’s lead image is Serious by Michael Beresin – a wonderfully seasonal shot of warmly dressed Starbucks denizens with dark clouds outside. The subject’s face has so much character and such a serious expression that you want to know her story, and what it is that she is discussing with those at her table. 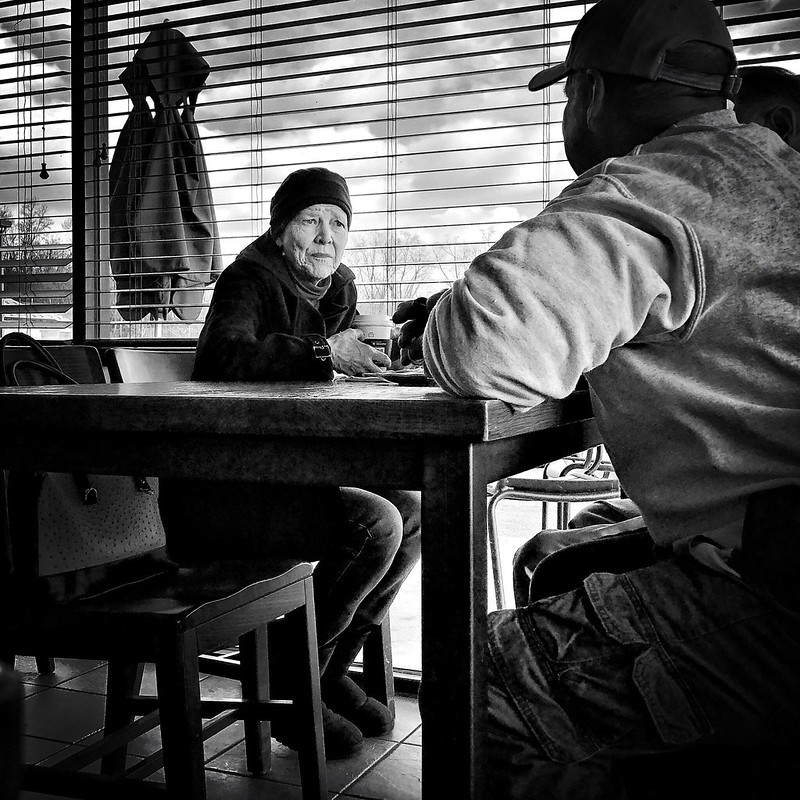 Apps used and backstory: This image was taken while I sat drinking coffee in Starbucks. I always find interesting people to capture there. It was no different on this day as I spotted this “young” lady having a conversation. This image was the best of several that I took. It was captured with the native iPhone camera app and edited initially with Snapseed and then with Hipstamatic. 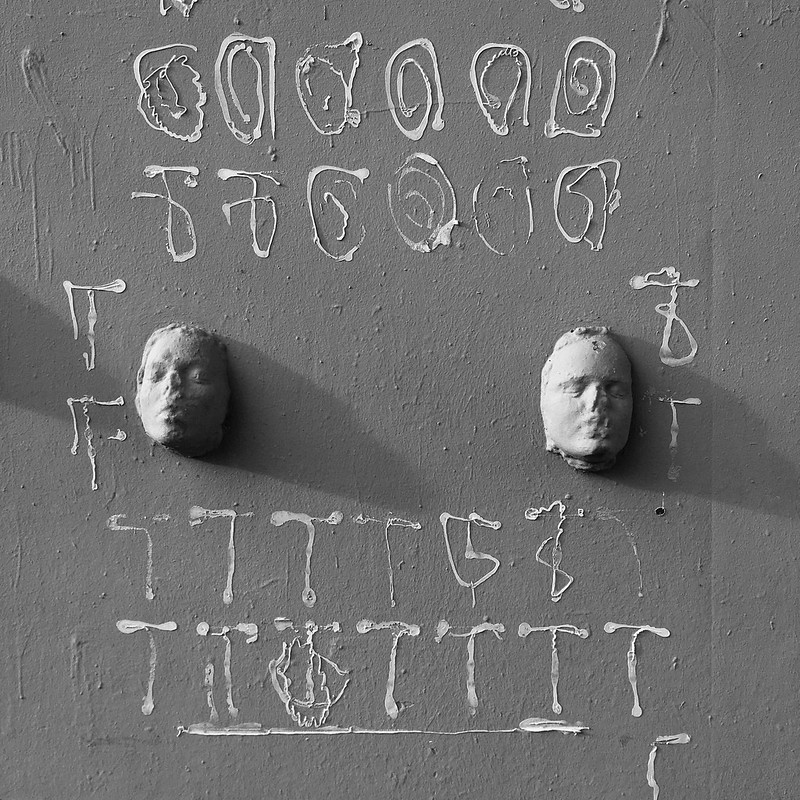 Apps used: Blackie, film setting: HP5 400
Backstory: a little tour in Bern experimenting this new app: Blackie, I didn’t know it before. It was very effective to bring out the texture of the wall and the fine 3D structure of those signs. I just fine tuned the +/- exposure control for the desired effect. The oblique light of the sun did the rest. No post editing. 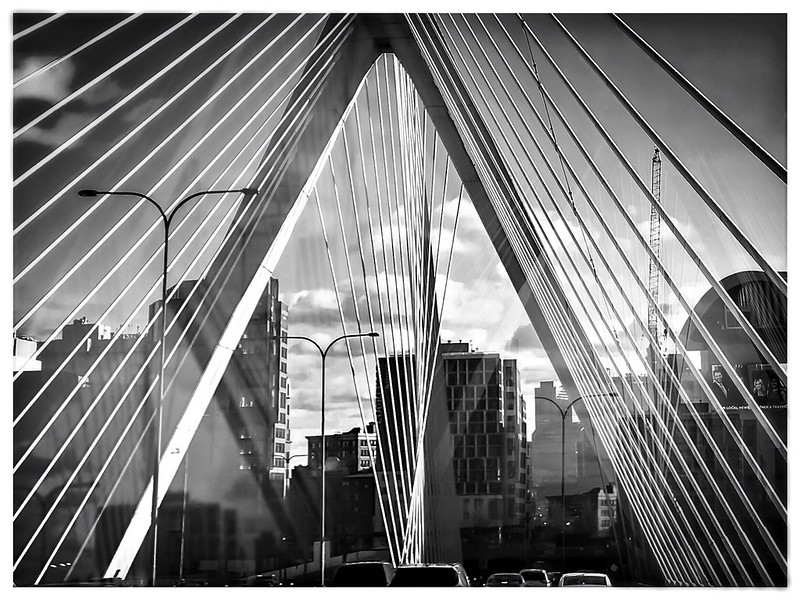 Apps used: Hipstamatic – processed twice –
1. Madalena lens, Blanko film, Triple Crown flash
2. Kally X3 lens, Aristotle film
With Photoshop, Snapseed and Pixelmator edits along the way.
Backstory: This is a ‘through-the-windshield’ photo taken while driving over this bridge. I’m always drawn to the vertical lines of the suspension cables and using the Hipstamatic “Kally X3” lens helps to emphasize that. I often use multiple apps for fine tuning: here, I’ve used Snapseed to selectively change exposure levels in some parts (e.g., the cars at the bottom), Photoshop to reduce noise and sharpen, and Pixelmator to overlay a different portion of the sky (i.e., the upper right section is from a version in which I more heavily reduced luminance noise in order to get a better match between the left and right top halves). 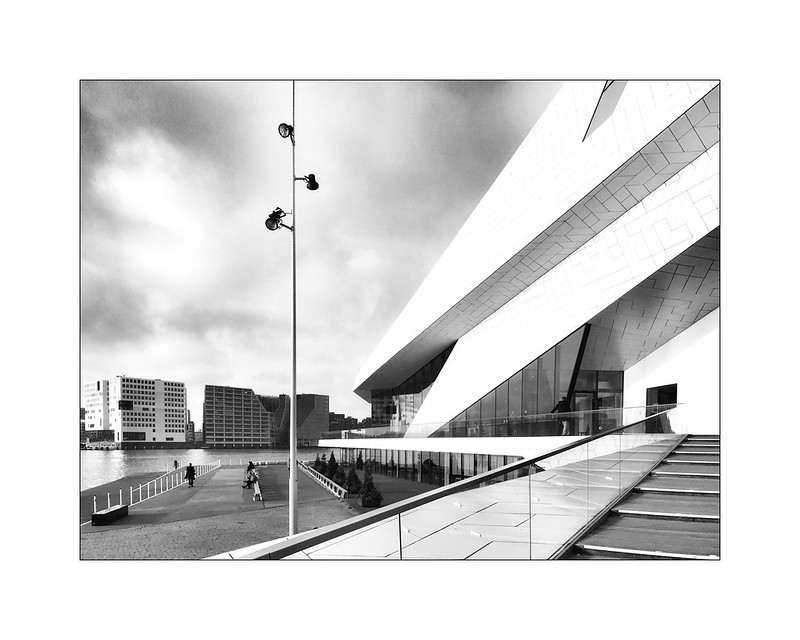 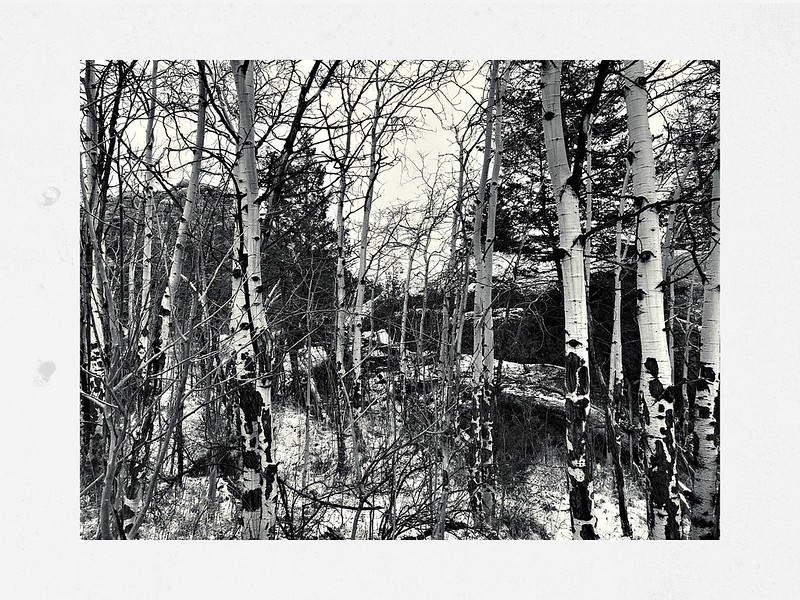 Apps used: Shot with an iPhone 8+ using the Hipstamatic app set to BlackKeys IR film [lens: none] and then post processed, again in Hipstamatic [film: Bream; lens: none; Clarity +30] to enhance the black & white contrast and frame the image.
Backstory: A late December dusting of snow created a pleasing monochromatic scene along a hiking trail in the Rocky Mountains. The temperature was in the single digits (Fahrenheit) and not a breath of wind was stirring. This stand of aspen trees just beyond the path appeared at first to be an unassuming tangle of branches until I turned to look back, and then the symmetry of the groups of trunks seemed to leap out from the silhouette of the rocky background. I framed the photo to balance the trees against the curves of the rocks. Although the beauty of the black & white trunks initially caught my eye, I was standing in just the right place to see this balance. 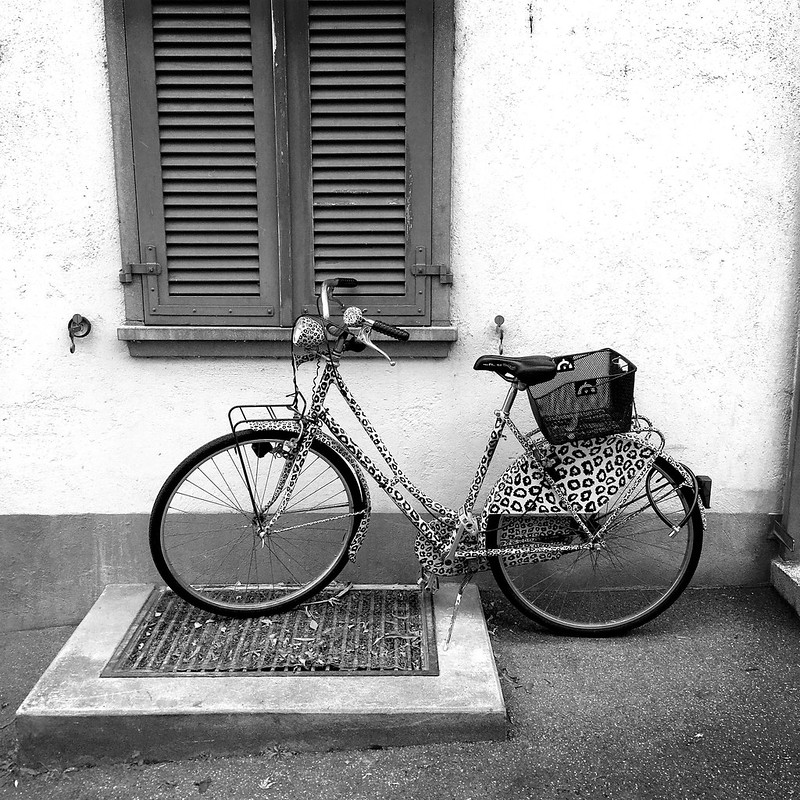 Apps used: Blackie, film settings HP5 400
Backstory: well… I simply love bicycles! And these bike was perfect for a simple B&W snapshot. The exposure control of Blackie is simple amazing and very effective, you just get what you want! No post editing.