This week’s Apps Uncovered presents a selection of what I found to be some of the most compelling images for the week in our Flickr group, across a wide range of styles and subjects.

This week’s lead artwork, •night swim• by Julia Nathanson, captures a very personal moment as two young women bath in a lake one evening, with the final rays of the sunset still in the sky. 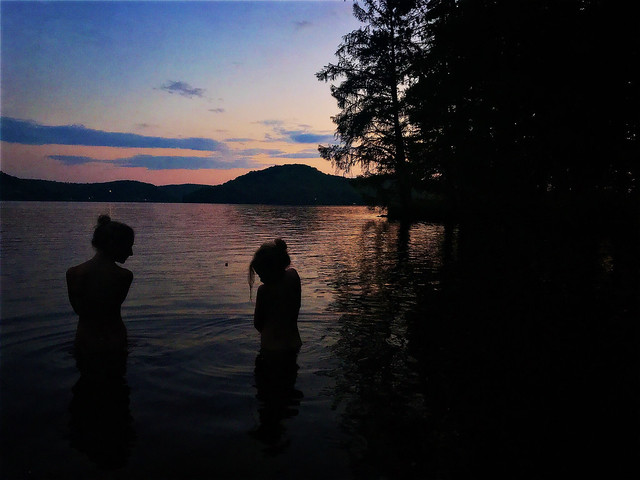 Apps used: Shot and edited with Hipstamatic.
Backstory: My girls, wading into the cool lake water

App used: I shot this with an iPhone 6, natural lighting. I reviewed the original file recently and post processed entirely in VSCO, with the fp8 preset.
Backstory: I wanted to create a still life pairing elements not usually seen together. The arrangement needed to create a harmony of differing shapes.density and textures to create a formal balance. There is a circular motion to the composition and a surreal atmosphere to the motif, with both inert and living objects interacting, while juxtaposed on a dark background. 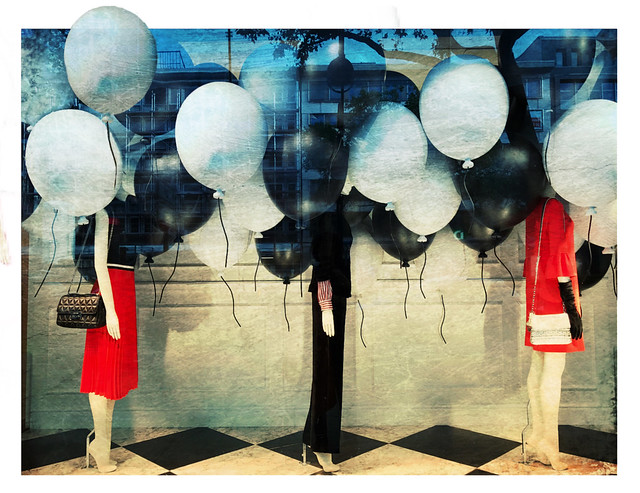 Buried in Balloons by Karen Axelrad

Apps Used: Snapseed, PhotoshopMix, Distressedfx
Backstory: This was a fairly straightforward photo of a department store window with reflections in the glass. I started with general processing in Snapseed and then added texture with Distressedfx. I cut out one of the balloons to raise it and lift it out of the frame and then changed the coloring slightly on that balloon. Cutting and layering were done in PhotoshopMix. 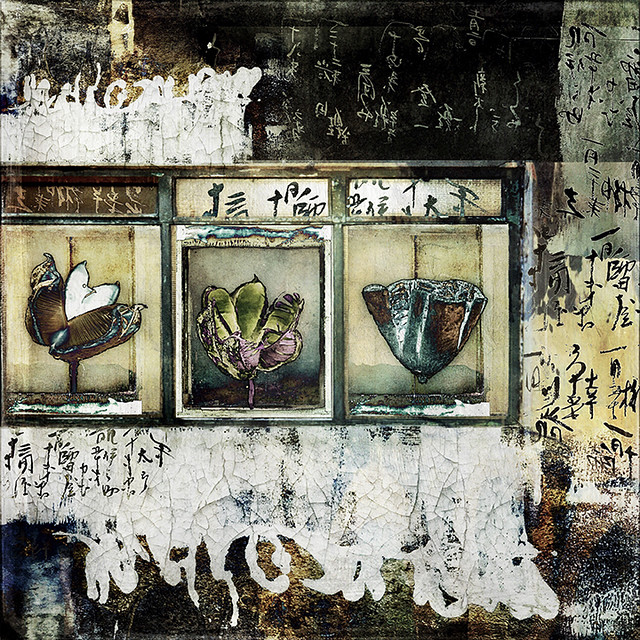 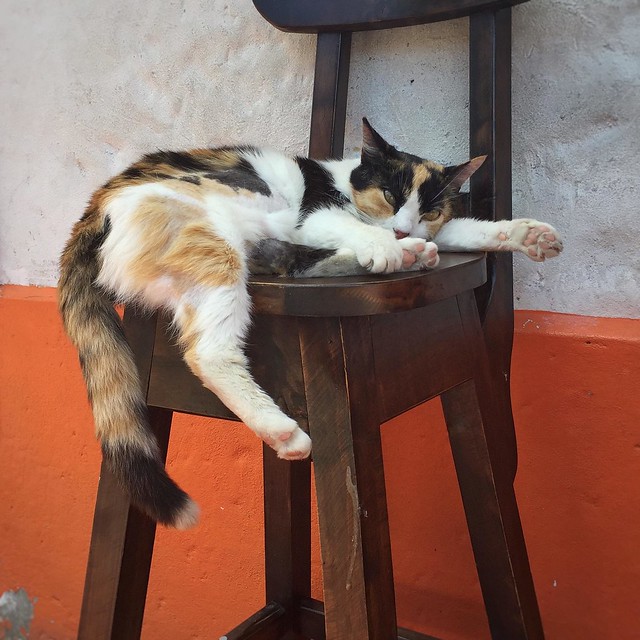 Apps used: Snapseed for enhancing and cropping and TouchRetouch to erase unwanted distractions.
Backstory: I was taking a walk in the old part of Bogotá, Colombia and I saw this big cat just so relax and immutable. I think he enjoyed being photographed…. 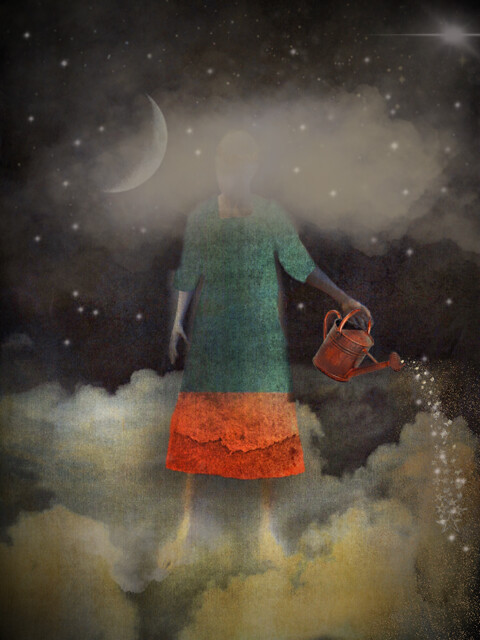 She Landed Among the Stars by jo sullivan

Apps used: Superimpose (to place the pieces for the collage), Procreate (painting the dress, clouds, sky, body, stars, watering can), Handy Photo (texture) and Distressed (tone/texture).
Backstory: My piece is titled after a saying, “Shoot for the moon, if you miss you may land among the stars”. So, she landed among the stars and is quite pleased. My inspiration was based on my personal experiences over the last two years and I’m now stronger and happier than ever. 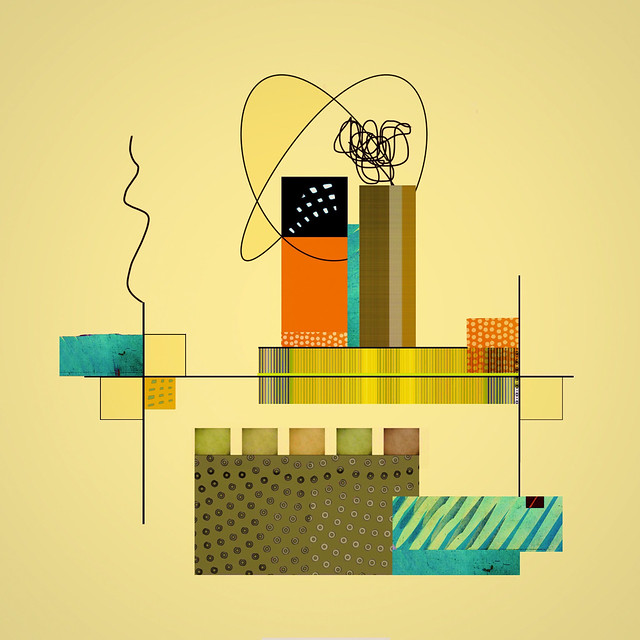 Realizations | Unseen things for which I have no wordsby Clint Cline 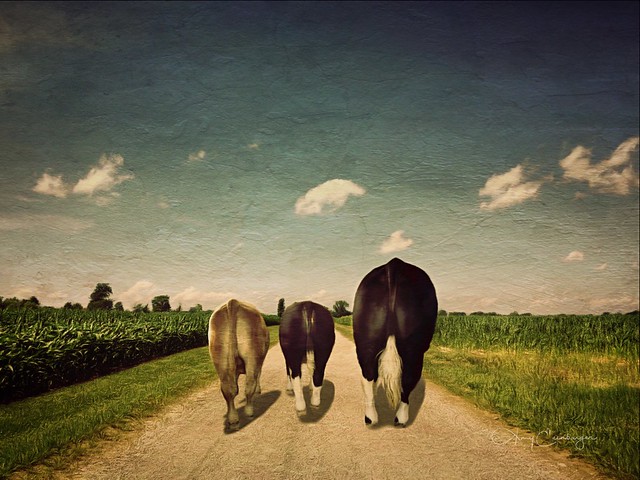 Running Away by Amy Ecenbarger

Apps used: Apps used were: IColorama, Affinity Photo for iPad, Snapseed and Distressed FX.
Backstory: The image is a composite of 2 photos. The road is the street where I live (minus a few telephone poles). The picture of the cows was taken at our county fair. 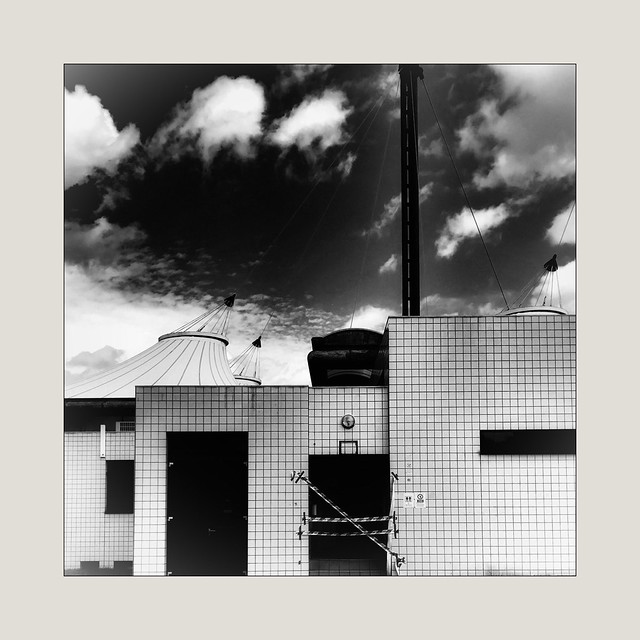 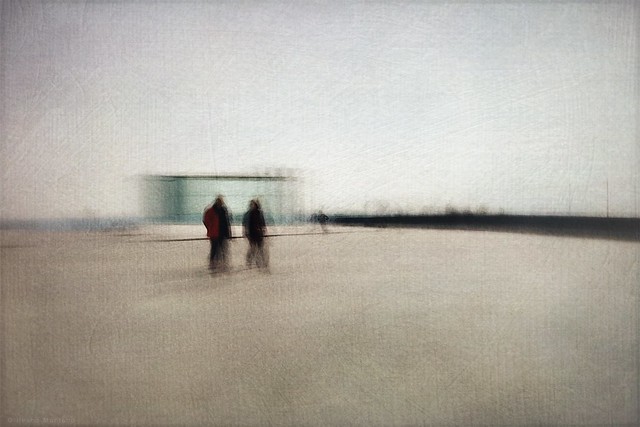 Postcards from March – 29 by Ile Mont

Apps Used and Backstory: This photo was shot with the iPhone native camera using Slow Shutter and worked through other apps such as Snapseed, Blur FX, iColorama and Formulas apps.

This place is Plaza De La Rosa De Los Vientos in Barcelona on a very sunny, windy and chilly Winter Day. And this pictures is part of a Series Called Postcards from March which deals again and emphasizes the correlation between shape, light and movement and human figure.