This week’s Apps Uncovered presents a selection of exceptionally intriguing images posted this past week in our Flickr group. Repeatedly, as I looked though the images, I found myself doing a double-take – finding something unexpected upon first viewing, and even more provocative on the second viewing a moment later. There are some images, the essence of which you grasp immediately, but there are others that take several viewings to truly sink in.

This week’s lead artwork, “Denatured” by aka Tman, is an image that represents of composite of man and ape, and at the same moment it’s enticing and appalling. In this instance, it’s the selfie phenomenon taken beyond the beauty shot to a dark place of (apparent, though not actual) low self-regard and perhaps a bit of nostalghia for the pre-human state. 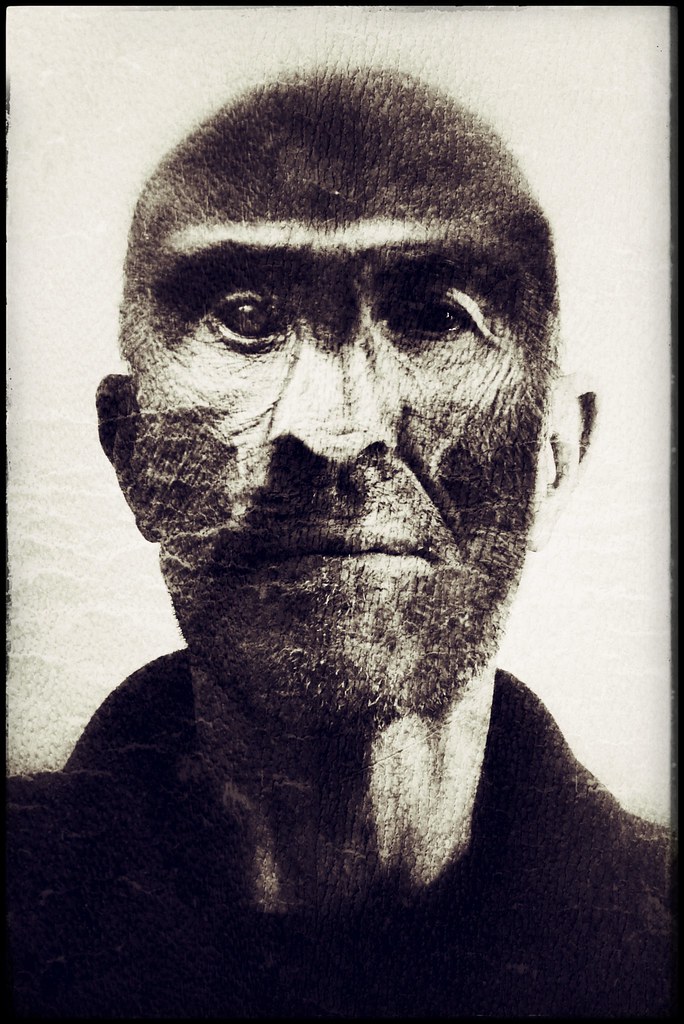 Denatured by aka Tman

Apps used: Image comprised of my own selfie and a primate pic courtesy of Pixabay app. Layered and blended in Juxtaposer. Final touches in Snapseed where I converted the coloured image to Black n White to give it a more realistic look and a certain edge to it. Using the Grunge tool was the final element needed and that moment of “ that’s enough”.
Backstory: My selfie obsession with the most interesting self of all inspires me to investigate all possibilities of expression in regards to one’s face. This one is in respect of our closest relative and looking at this you can see how close for me it is.
Denatured is my personal statement concerning the so called intelligent species and it’s relationship to Nature and our interference and seperation from it. 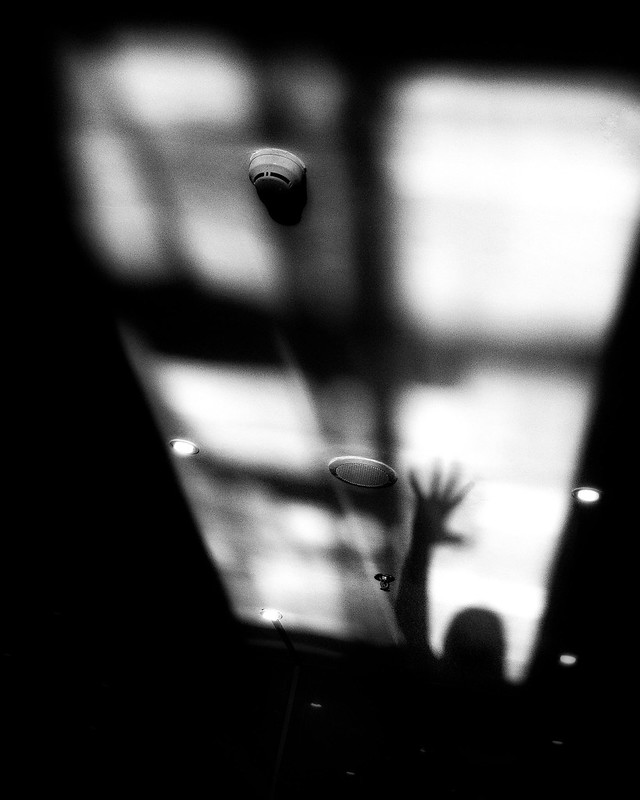 Backstory: Shadow on the ceiling of a hallway. Hand of someone raised up for invoking even the slightest hint of spiritual rescue when he is in a condition where helplessness prevails. Keep the Faith!
The Raw file from the ProCamera app was developed in Lightroom Mobile, and then post-processed in Snapseed for converting to B&W and various selective dodging and burning. 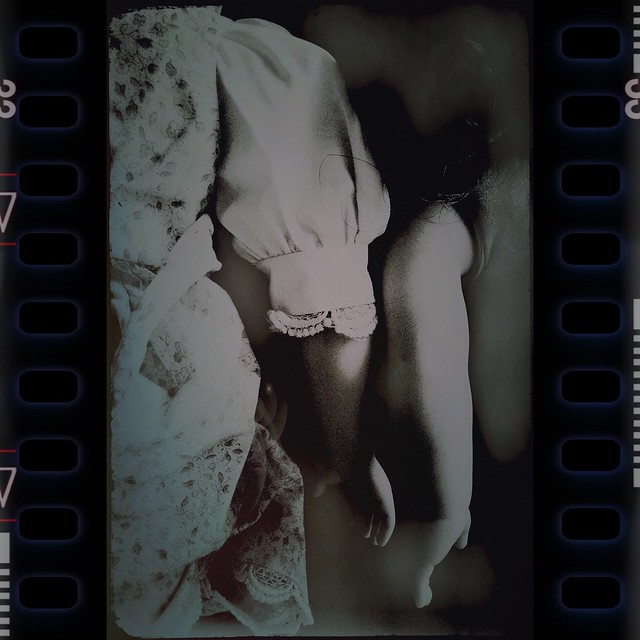 Roll the Credits-15891 by Poetic Medium 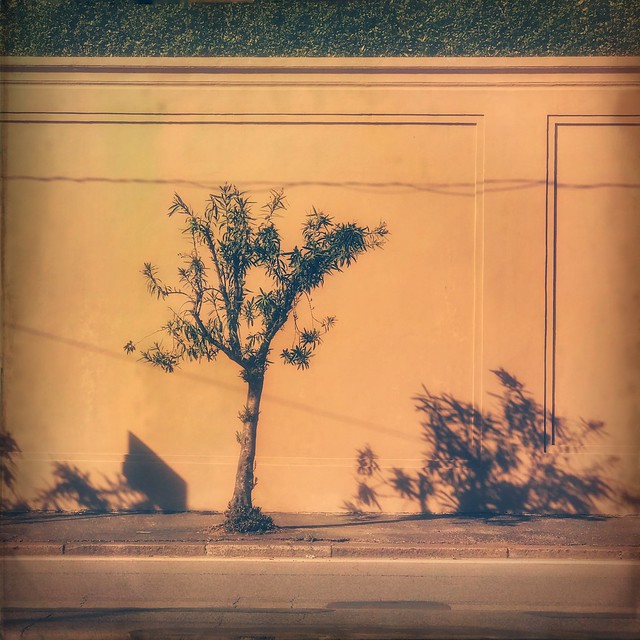 Always there by Tomaso Belloni

Apps used: iPhone 7plus default camera app (zoomed camera) and edited in Snapseed and Hipstamatic (Tejas Lens and Robusta Film).
Backstory: A very quick shot. I was entering the Museum of Zoology in Rome when I noticed that the wall on the opposite side of the road was lined with trees and their shadows and had an interesting color. I just had the time to wait for a gap in the traffic and shoot. At post-processing I added some vintage look. 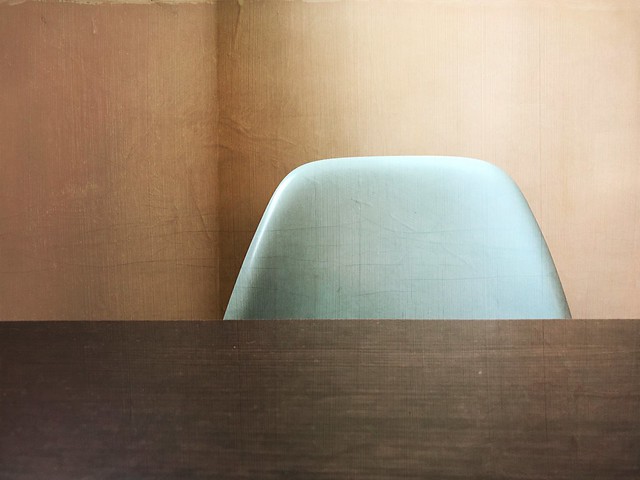 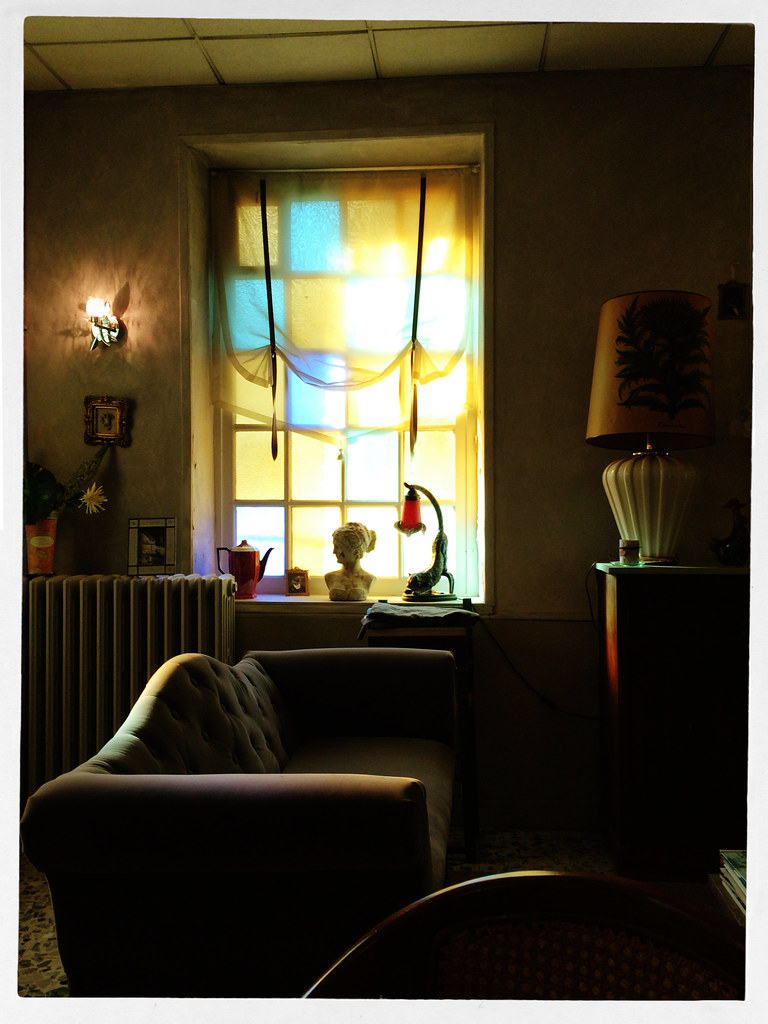 Apps used and backstory: There’s nothing special about it: for files like this I often use TopazLabs’ Impression on a second layer (here: soft light) in PS. So I intensify the glowing of the light. Alien Skin’s Exposure is for framing. The scenery is the early morninglight in the breakfastroom at our sympathic hotel at Les-Andelys, France. 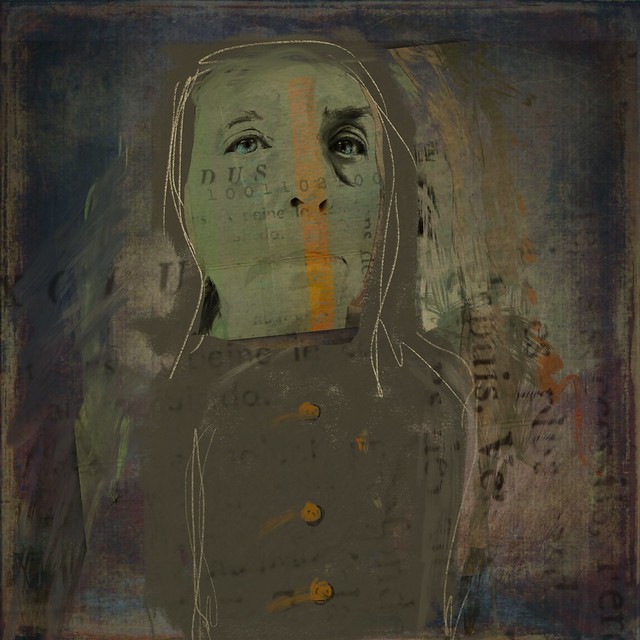 Self Portrait Monday by Catherine Caddigan

Apps used: Apps Procreate and Snapseed
Backstory: This image is a selfie taken with my Iphone 8 Plus some time ago. I do not like my own image, but decided not to glamorize it. I brought this image into Procreate, then I seek out visual ephemera which I collect in a folder on my Ipad. I begin to play with layers and blend features as I collage. This image started as a close up face shot, but I brought it back in on a new layer and scaled it down and drew in the figure. Things in my immediate family are difficult right now, and for the foreseeable future. I did not start out to create a moody or sad image, but as it progressed it just felt right. I don’t usually start an image with the final result in mind, it is more a result of the process, and my mindset. I did final adjustments to this image in Snapseed. 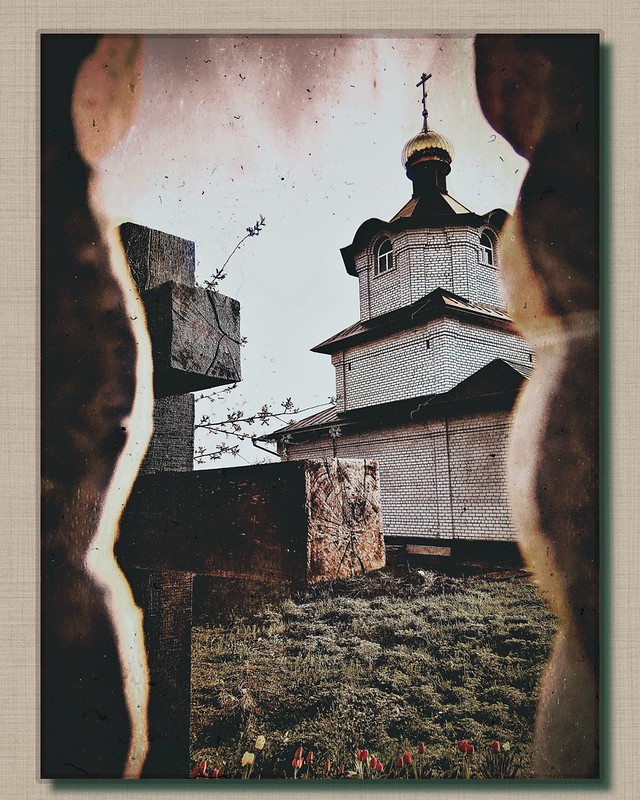 View on a church through the fence by Sergiy Beliajev

Backstory: Pat of the “Streets of Kharkiv Series” 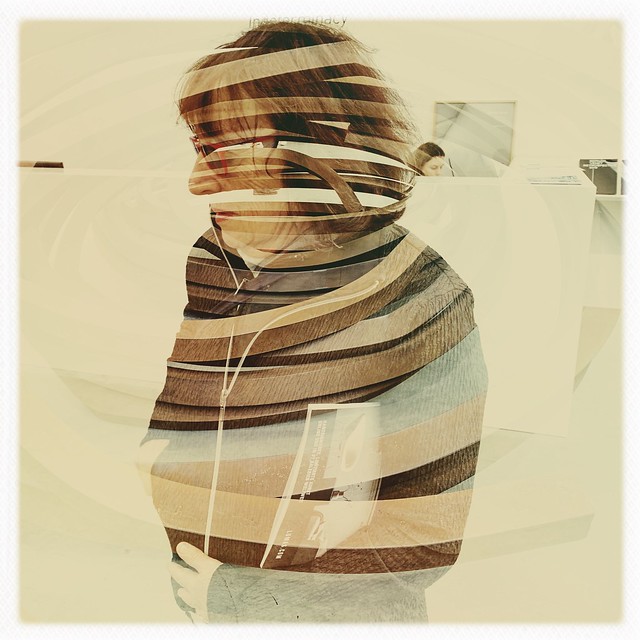 App Used: Hipstamatic with Doris lens and Inas1935 film
Backstory: Every week the Hipstamatic 365 group on Facebook has a new challenge. This week it was to try from a list of seldom used lenses mixed with any Hipstamatic film. It was Gallery Weekend in Berlin and I love doing double-exposures of people and art using Hipstamatic’s double-exposure feature so I experimented with the Doris lens which I had never used before. The sculpture is by Bernar Venet in the BlainSouthern Gallery in Berlin. I love the result with this combo — it will remain in my favorites list. 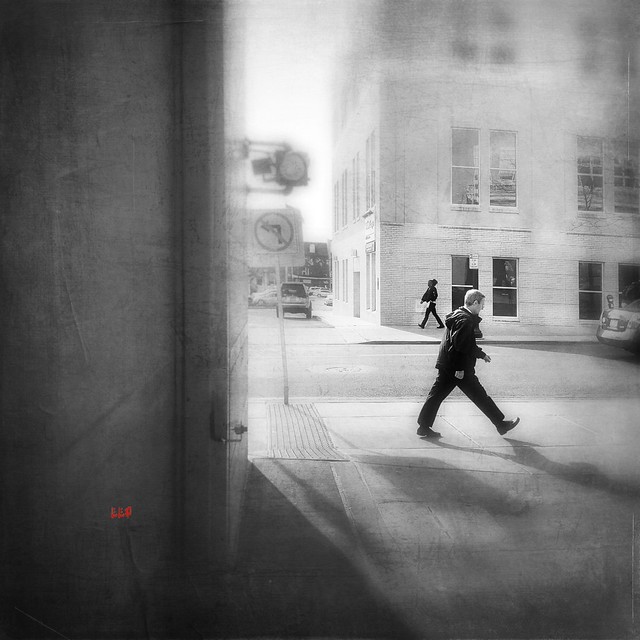 Apps used and backstory: After retiring from 30 years as an architectural photographer I’ve since explored street photography. In January of this year I had to replace my iPhone 5s with a Xs, got back into mobile photography and haven’t picked my Sony’s up since. This image was shot in Lancaster, PA and I was struck by his long stride. When shooting people walking I try to capture a frame mid-stride just before the heel touches the pavement.
My go-to apps are Lightroom mobile and Leonardo. Lightroom for it’s excellent perspective correction, tonal controls, and robust b/w conversion tools. Leonardo meets my needs for layering, masking, and blending textures. Those textures come from various sources, for instance Flypaper and Mextures. For Mextures I load a solid gray file, apply the desired texture, then save it to my camera roll for use with Leonardo where I’m more comfortable and feel I have more control.