Welcome to this week’s overdue Apps Uncovered; the longest running showcase of iPhone photography and art in the world.

My sincere apologies for this week’s late delivery. I had the Apps Uncovered showcase all set up to go out on Sunday morning when I was due to travel to London to host a iPhone photography workshop at the brilliant Social Media Exchange event when a last minute panic with lost train tickets left me no time for posting…so….

…this week features one of the artists from our book, Cecily Caceu who’s stunning image easily steals the lead image spot with her wonderful painterly photo “It is never to too late to be what you might have been….” There is something very fresh and magical about Cecily’s wonderful loose painterly treatment of the image conveying the potent energy of this young woman suggesting a rebellious streak in perhaps both the image we are viewing and the artist herself. Really wonderful work Cecily. There is something quite fascinating a bout the photos right on the tip of neither being a photo nor a painting. There are many trying and failing to pull the painting and the life blood out of the photo, resulting in some heavy messes. In today’s gallery you’ll see how a few of today’s selections get it just right! 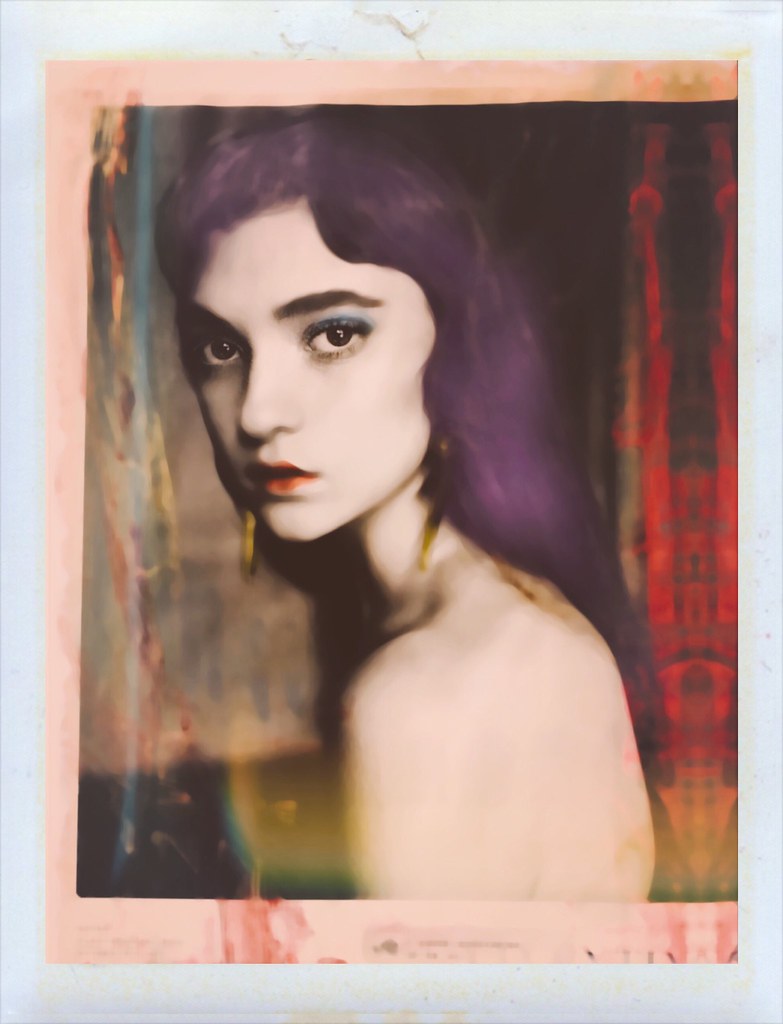 Apps used: I have recently been trying to find ways to protect myself from all of the chaos I am feeling from current world events. Creating collages and mixed media work has become one way to soothe my soul.  In times of trouble some people like to zone out in front of the TV, I have found getting messy with paint a great stress reliever! Background: For this image I first culled an advertisement from a fashion magazine and painted on it and marked it up.  Next I took a photo of it with my iPhone 6s and then used  some of the apps I have been learning about in Nicki Fitz-Gerald’s Adventures in Creative Mobile Artistry online class. I edited this photo with the following apps:   Blur FX, Leonardo, Snapseed and for the framing I used the Polamatic app for the polaroid film type look. I painted the hair purple using the  “mark up” feature in the iPhone 6s photo editor section.

Apps used: Hipstamatic. Penny lens. Uchitel 20 film.
Background: A couple of weeks ago, for a few consecutive days we woke up to mist and fog here in the midlands. On one day my daughter showed me some of the atmospheric shots she had taken in the fog in a local deer park. That spurred me on to venture there myself and I shot a whole series with varying edits. This is one of my favourites. 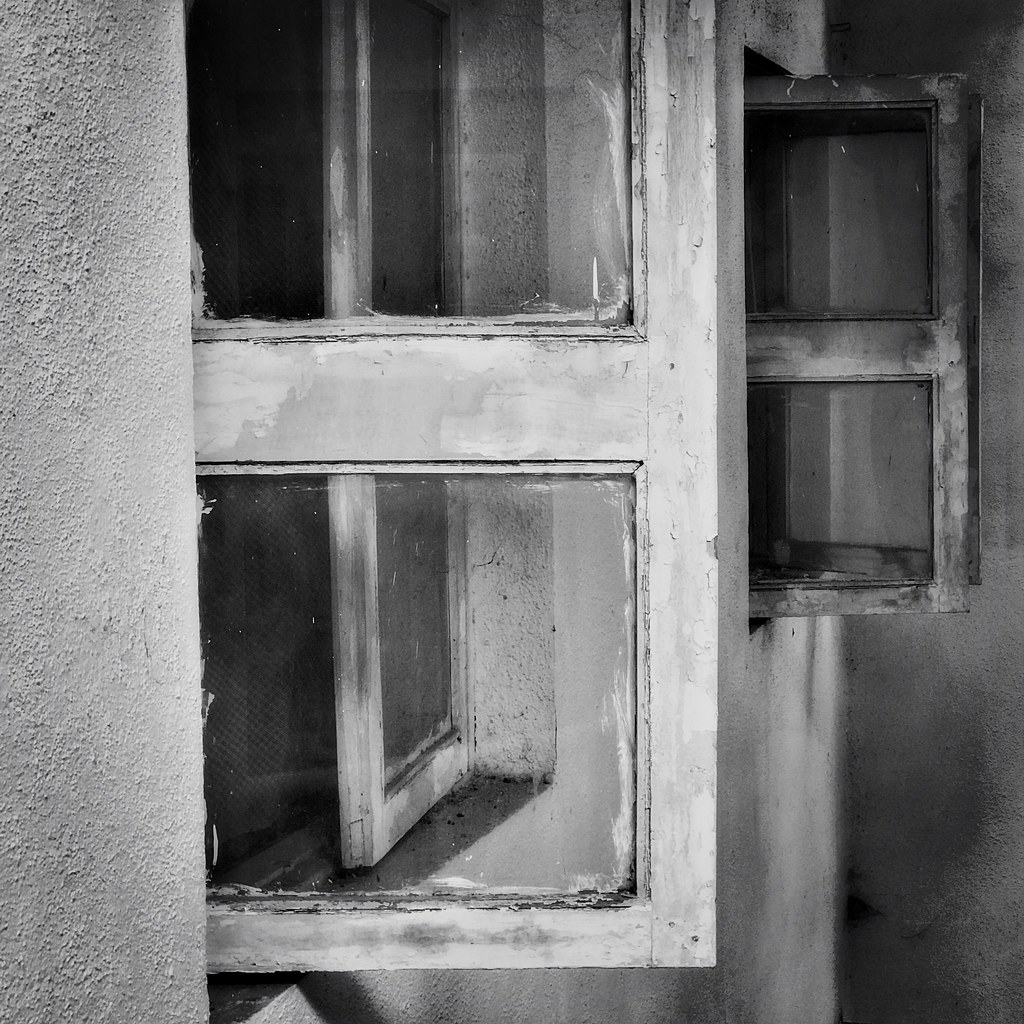 Apps used: I shot with the iPhone 7+ default ‘zoom’ camera, applied basic editing in Snapseed, then edited in Hipstamatic (Victoria lens, Aristotle film). Background: I was visiting for a week a University in Pune, India, a complex of buildings that does not look special until you see all the games that sunlight can play on it through the day. I took many photos there, as I do every year. This particular time I was in a colleague’s office discussing work, when he received a phone call. I looked outside the window and noticed these other windows facing a small inner yard. Everything seemed to be just in the right position and it turned out to be a perfect composition and light for the ‘zoom’ lens on the iPhone 7+. Unlike my cameras, my phone is always with me and it took no time to step on the balcony and take the shot.

Apps used: iPhone 7 plus with VSCO A5 preset

Backstory: This was an impromptu street portrait, taken in St.Louis, in Shaw’s Garden.
I asked this small, delicate young woman if I might take a picture of her and her child, which from its clothing ,seemed to be a girl. I explained to the woman that I wanted to explore the effects of the new iPhone 7 plus’ camera, in portrait mode. She graciously agreed. Although she had been using a stroller, at that moment, the woman was cradling the child in her arms. She enthusiastically hoisted her baby into several positions, trying to smile at me while still holding firmly to the child, hoping to face her toward me. I took a series of shots. This image was one of my favorites. The girl is laughing and energetically thrusting her infant body upwards. The mother is looking benevolently toward me, her expression highlighting the tender joy & attachment she has for her child.

I post processed the image in VSCO. The most difficult decision was whether to crop the original 4/3 image. I decided the square crop gave me the proper focus on the couple and their positions within the frame.
After many selections, I chose the VSCO A5 preset. All basic post processing was done within VSCO. 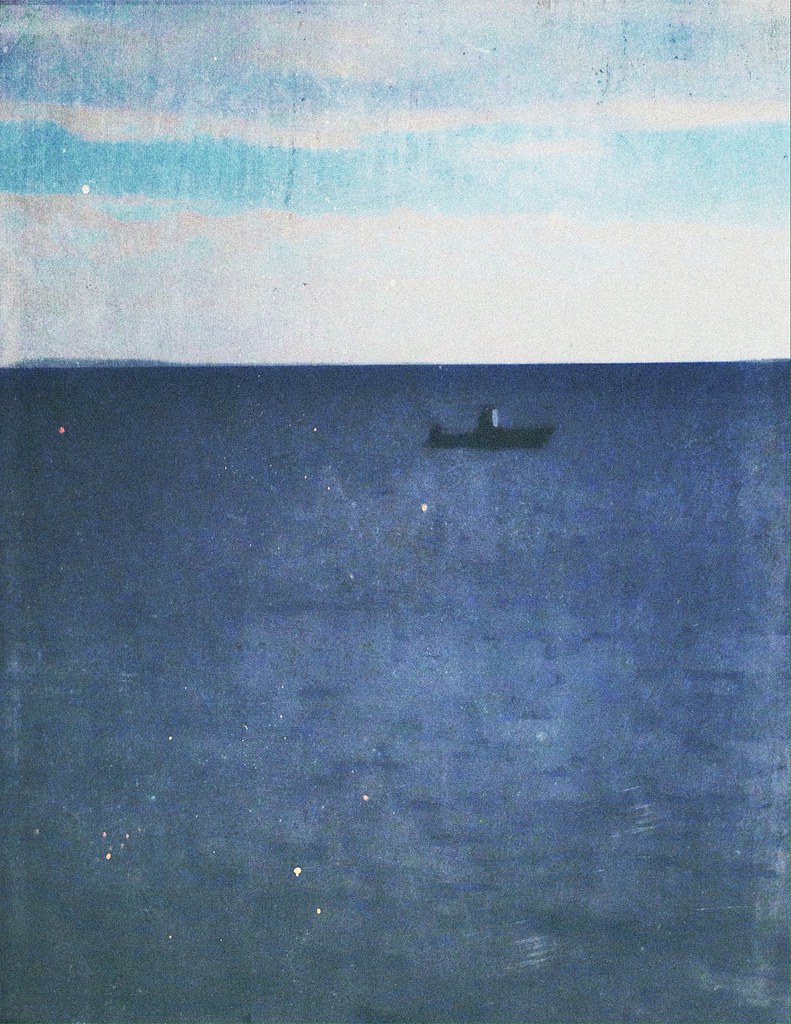 Apps used: The image was taken with the ProCamera and edited with Oasis, Sketchmee, Superimpose, Mextures, Truefilm and RNIfilms. Background story: photo taken with procamera, then looking in the old apps open with Orasis, a copy elaborate with Sketchmee and the two versions merged into superimpose adjusting color, light etc. etc. I opened the result with Mextures and I have added my own formula then finished with Truefilm (I really like this app) Finally I chose a film in RNIfilms and flashback adding some grain 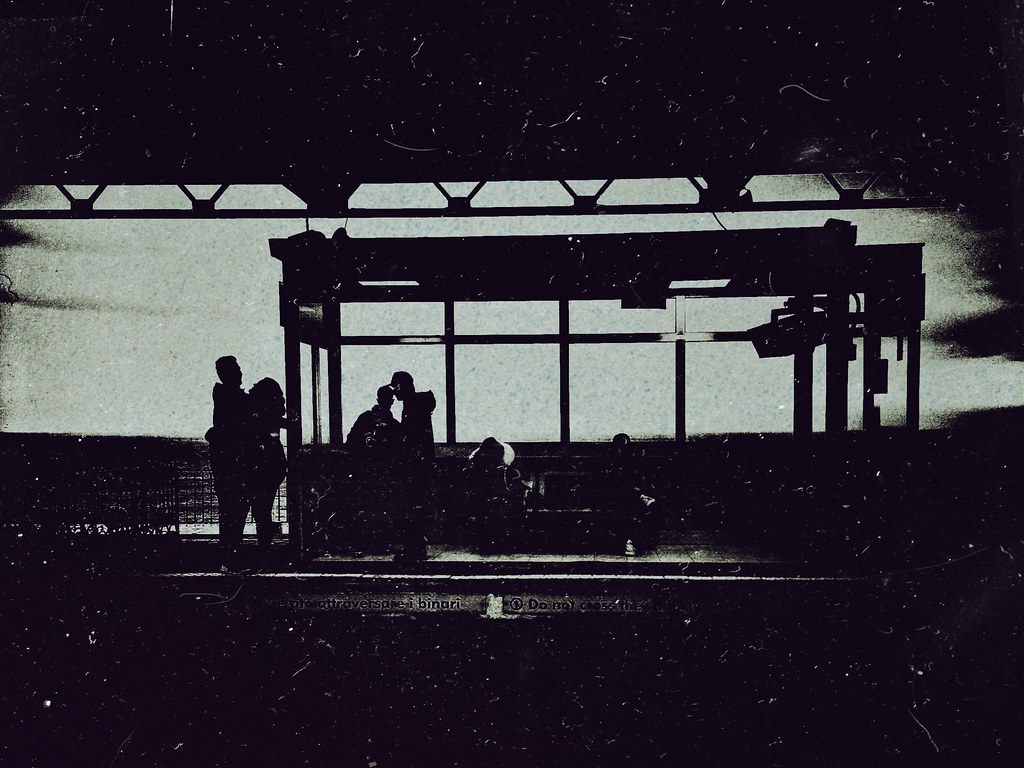 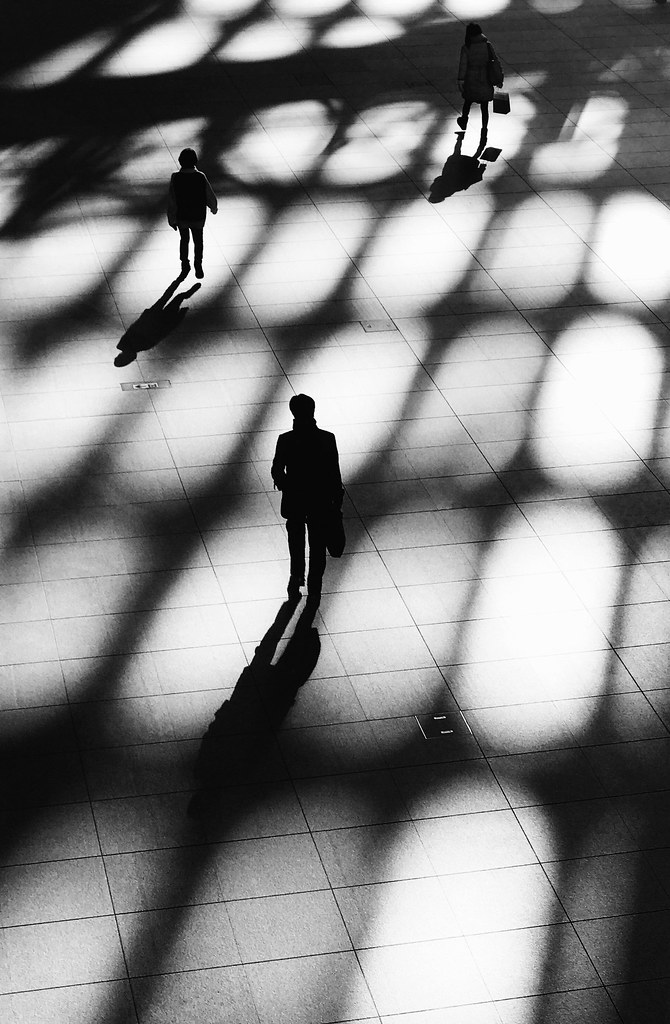 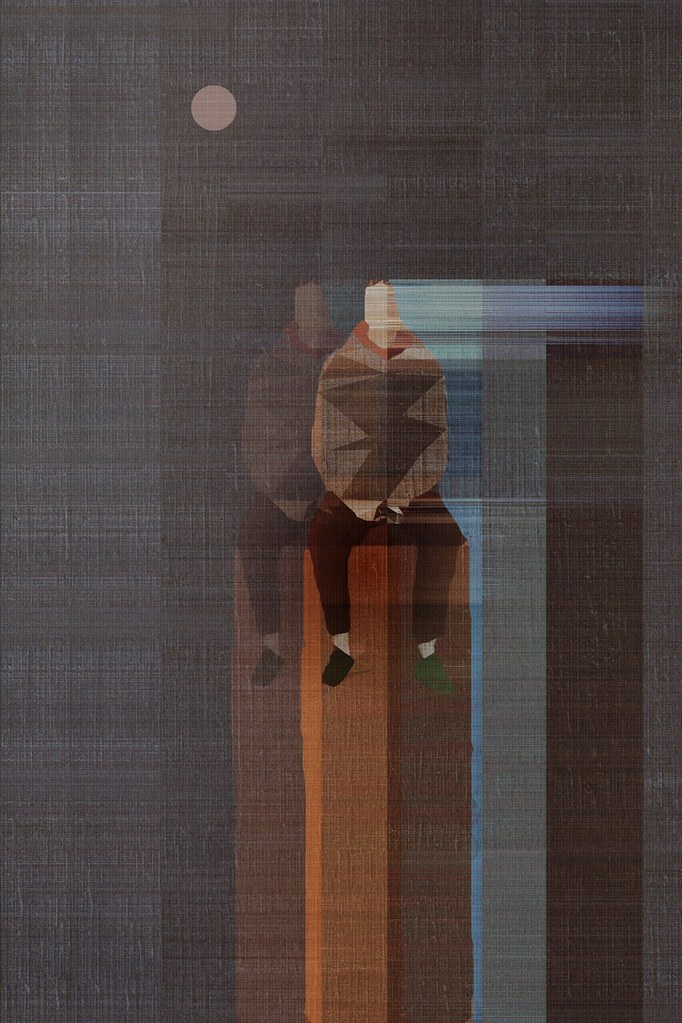 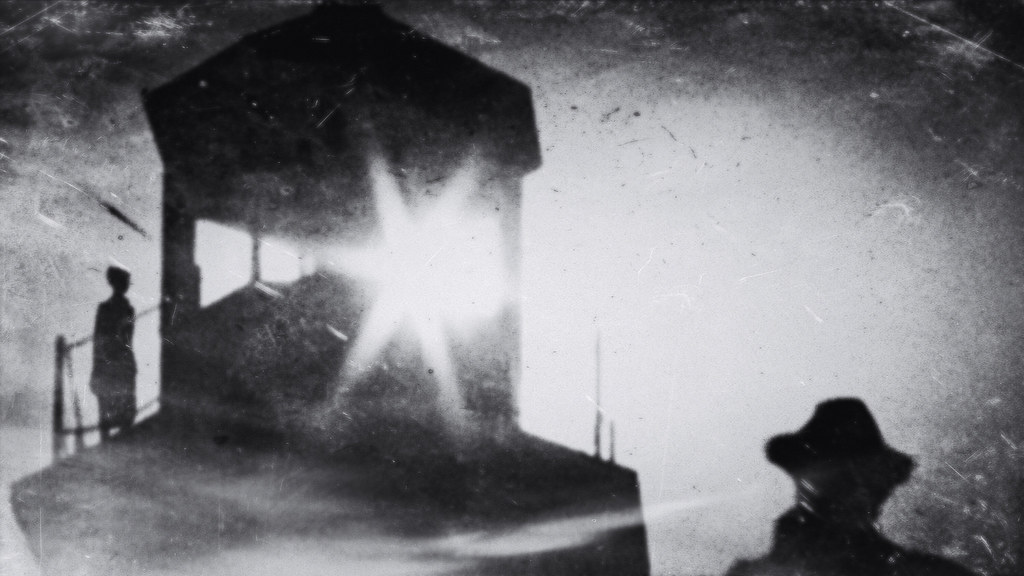 Apps used: Snapseed, Leonardo, Mextures Back story: The image is a composite of three images. The watch tower, the female silhouette and the silhouette of the man in the foreground. My intention was to create a mystical scene as known from old Hitchcock movies. I’ve created it with one of my favorite apps “Leonardo” by using layers, blend modes and the mask tool. After creating the composite I converted it to black&white with Snapseed and gave it a little more contrast. The matching texture I found in Mextures and added this as a final step . 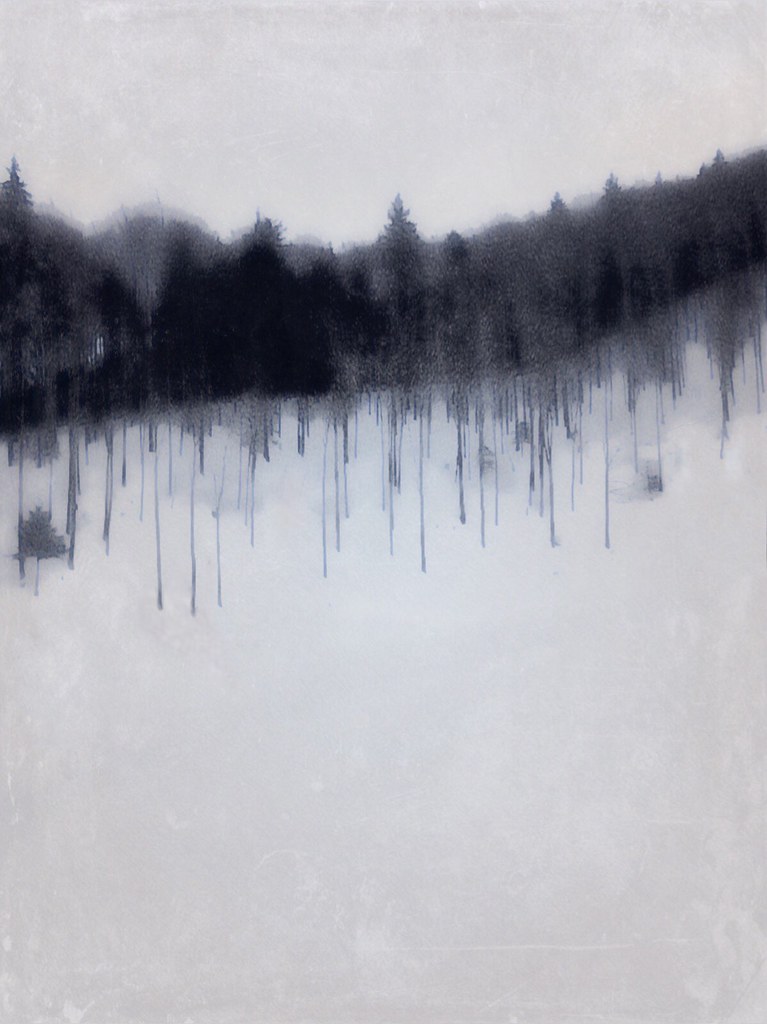 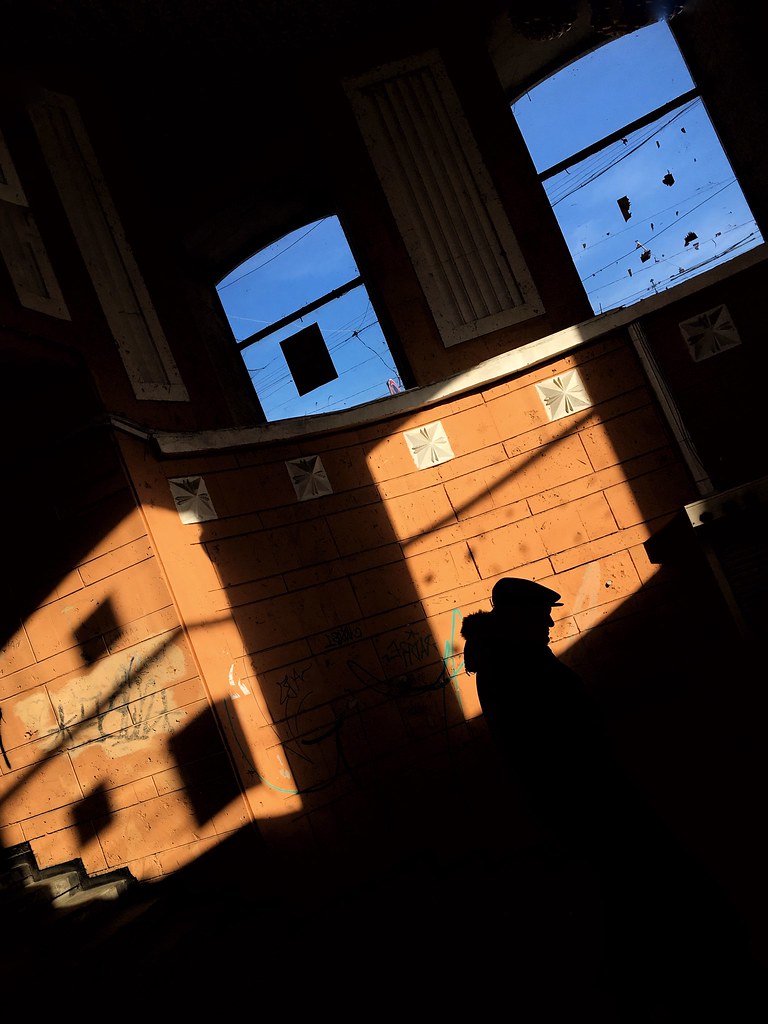 Apps used: iPhone 6s and Snapseed  Backstory: Once I’ve been busy working, but my lunch time was approaching and I made up my mind to go to downtown to have a cup of coffee. I took my way in the underground and suddenly I noticed an interesting moment to be taken. I’m fond of shadows in the street photo; even though it’s a cliché, I understood that it might be a fascinating snap. So, here is the result .

ENJOY YOUR TIME, BE RAPID OUTSIDE AND HAVE FUN!