The splendid isolation of Teffra’s image “The photographer” steals the top spot this week depicting the photographer as very much the outsider seeking form, colour and shape – and always alone..and so Poetry in isolation became this week’s inevitable theme..something beautiful and sad about the inevitable state of our human existence.. especially as artists who often don’t always feel completely immersed in a situation but feel compelled to capture it – as observers…and I have also added a couple of images that I just loved or simply intrigued and  don’t necessarily fit the theme.

To find out more information about each image, roll your cursor over the photo. Also, click on the image to find out more about the artist’s work on Flickr.

Thank you all for sharing your wonderful images on our iPC Flickr group and wishing you all a great iPhone shooting and editing week!

The Photographer by Tessera

Apps used: Slowshutter, Snapped and Mextures.
Backstory: I ‘m used to come regularly in Parisian museums . Foundation LouisVuitton has become one of my favorite places because the exhibitions are nice but I especially admire the architecture of the building. The photo has been taken on the terrace overlooking an incredible view of Paris and La Défense Man is in the process of taking a picture. Its allure is timeless and fits perfectly to the specificity of the terrace  App used : I use slowshutter application to take the picture. The post processing was done using retouch to remove elements to lighten the scene I used Snapseed and mextures to improve exposure and apply filters 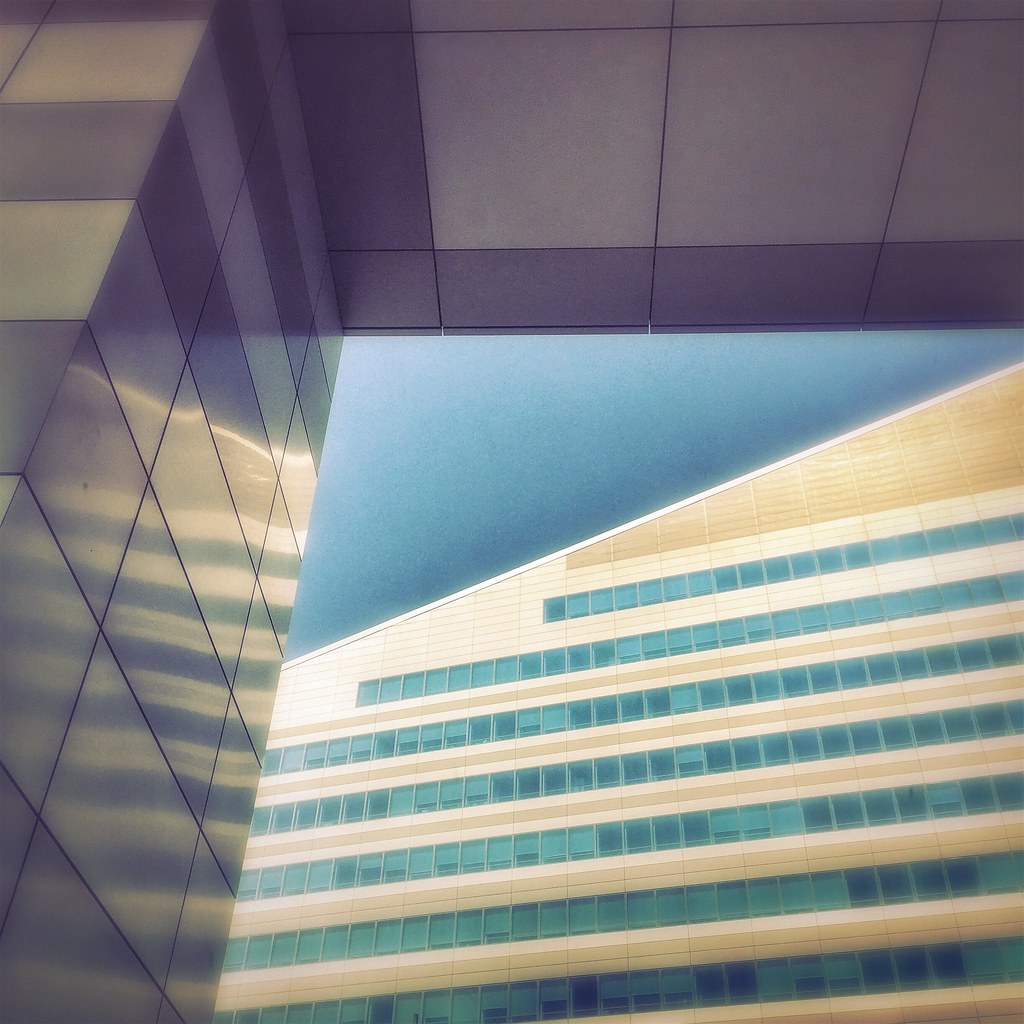 Apps used: I shot the photo with the iPhone default camera app and edited it in Snapseed and Hipstamatic (Sergio lens and Liberty film). Backstory: I finally visited a new area of town in Milan, which I knew would be good for photos. A few buildings reflecting upon each other. The sun was scorching, but this did not deter me. This photo was taken from under a roof in the middle of the square, which not only provided shadow, but also additional reflections. I liked the combination of colors. Apps used: The apps I used were iColorama and Rays. I also used snapseed for the initial adjustments.
Backstory: Thanks for considering my image for the weekly selection. I took the original photo at a restaurant here in San Diego where we went for brunch a few weeks ago. I turned around and saw the large vase in the corner and thought I could create a nice image from it. 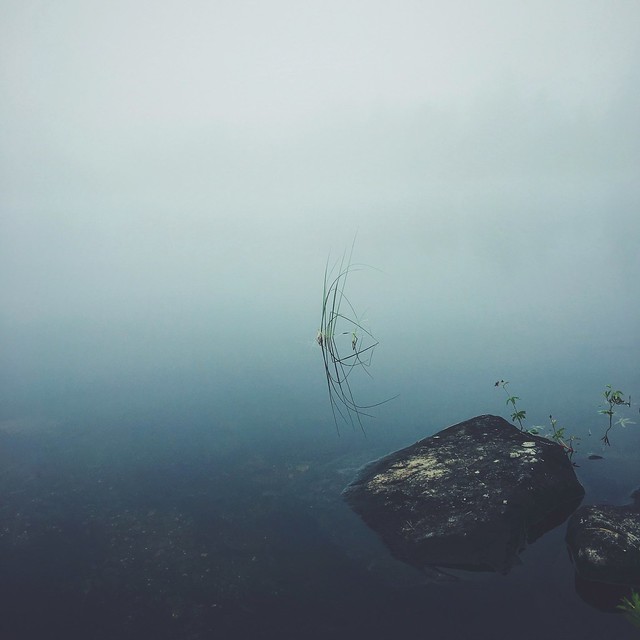 Nature may heal by Cathrine Halsør

Everybody needs beauty
as well as bread,
places to play in
and pray in
where nature may heal
and cheer and give strength
to the body and soul.
– John Muir

Apps used: I used Snapseed and VSCO to edit this image, which was shot with my iPhone 6S+

Backstory: It was an early Sunday morning and I was in a cabin up in the mountains of Eastern Norway. It was a peaceful morning, and the fog was quietly covering my surroundings, like a soft blanket. The lake looked so different from the day before.
I had to run in to get my camera. I really felt this Haiku moment with my whole being, there by the lake. It didn’t last long. When the sunbeams broke through the fog, everything slowly changed. And the magic moment was gone.
But the day turned out to be bright and sunny, and I felt happy to experience my little Haiku morning moment, captured with my camera. 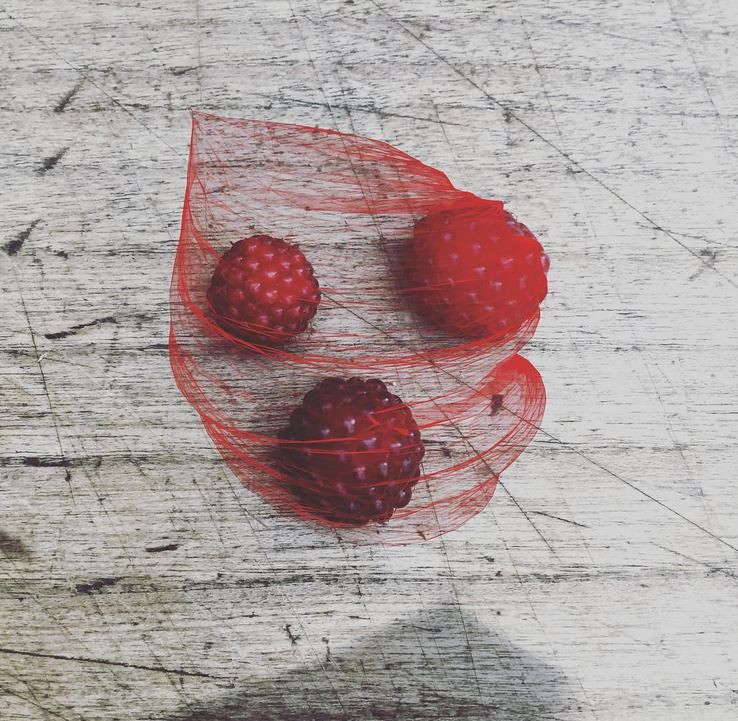 Apps used: Shot with standard Apple app, edited with Matter app and Instagram filter.
Backstory: When I came back from our garden with handfuls of berries, I felt like a fisherman coming home with a catch.

I put the raspberries on my Grandma Rosa’s wooden table, took a photo from above with my standard iPhone camera app. I opened the photo with Matter, one of my favourite apps, and chose the effect I call “whirl” or “wrap” (depending on how I use it). I adjusted it to the outlines of the raspberry still life and chose the filigree surface pattern. In a lot of cases I like to create an animated 3D effect to my artworks (I call “poetic loops”, see www.instagram.com/kachouro), but in this image I preferred just the still life. I uploaded it to Instagram, choosing a desaturated filter. 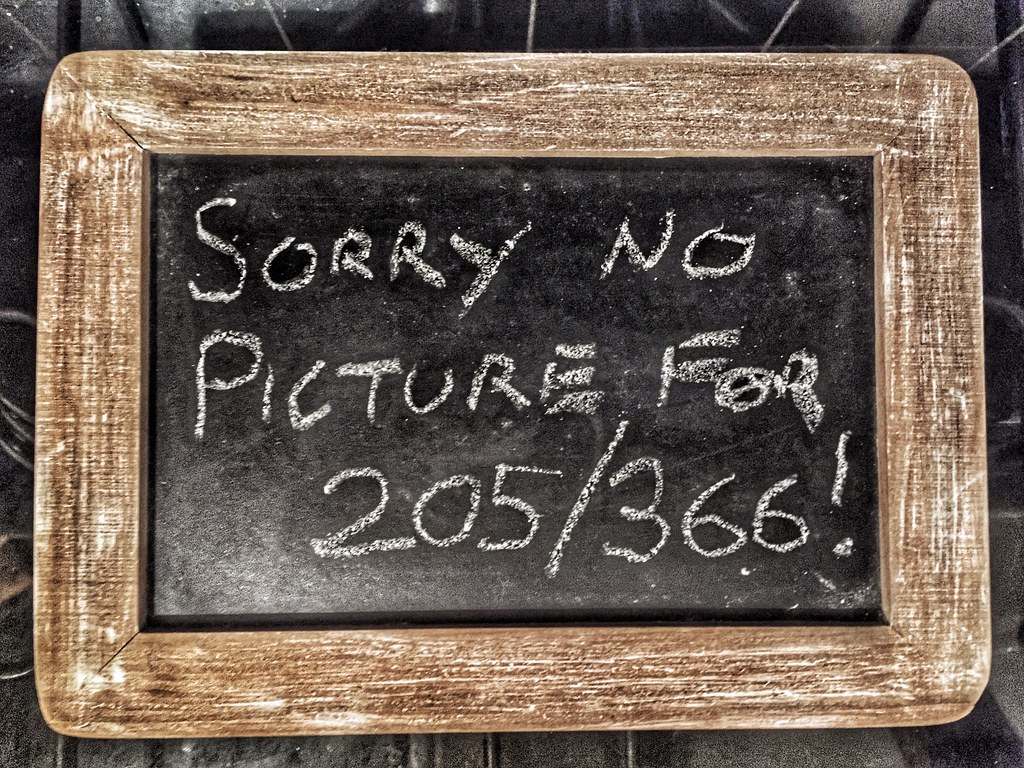 Apps used: This image was taken on a iPhone 6 and processed in Snapseed. Backstory: This image is part of my 366 project. Unfortunately I was running out of time to do anything for it so I had to act fast to come up with a idea and this was the end result. It was taken on a iPhone 6 and processed in Snapseed. https://flic.kr/p/K7o4R5 Life imitates art by Scott Woodward Apps used: iPhone 6S + Snapseed. Backstory: I made this photograph in St. Catharines, Ontario, Canada after my wife and I enjoyed lunch with my family and our friends. We passed this giant mural on the wall of a building as we walked back to our car and I had an idea: I asked Stacey if she would cross the street, walk back a few yards and then stroll past the painting again — this time holding her iPhone, of course — so that I could make a picture of the scene. Art of life imitating art, I guess. 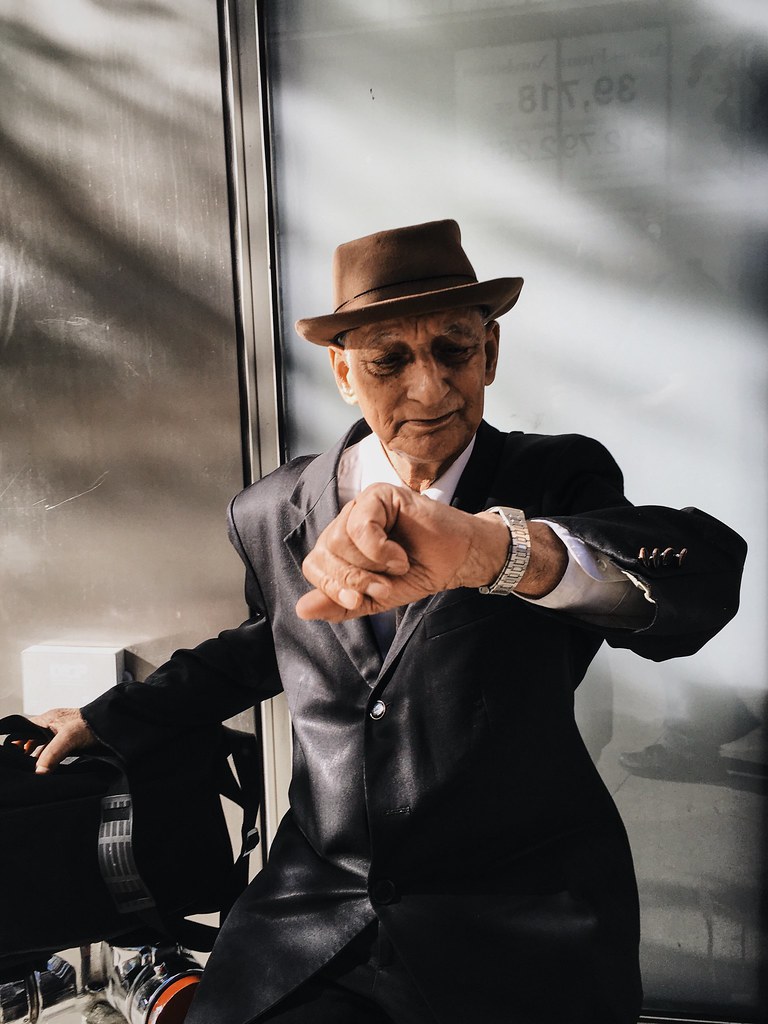 Apps used: Processed with VSCO with a6 preset 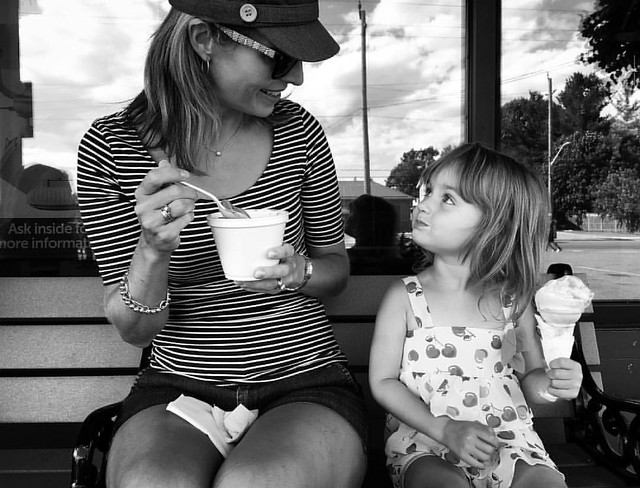 Apps used: iPhone 6S + Snapseed
Backstory: We are Canadian but my wife and I live in Singapore. Both our families still live in Canada, and every summer we make the journey back to the small Ontario communities they call home. One of the highlights of our annual holiday is the time we get to spend with our four nieces. On this particular afternoon my wife and I took the two youngest girls for ice cream in the community of Fonthill where I grew up as a boy. I made this photograph out front of the ice cream shop as Stacey and Kaitlyn (2 years-old) sat together chatting and enjoying their cold treats on a hot summer afternoon. 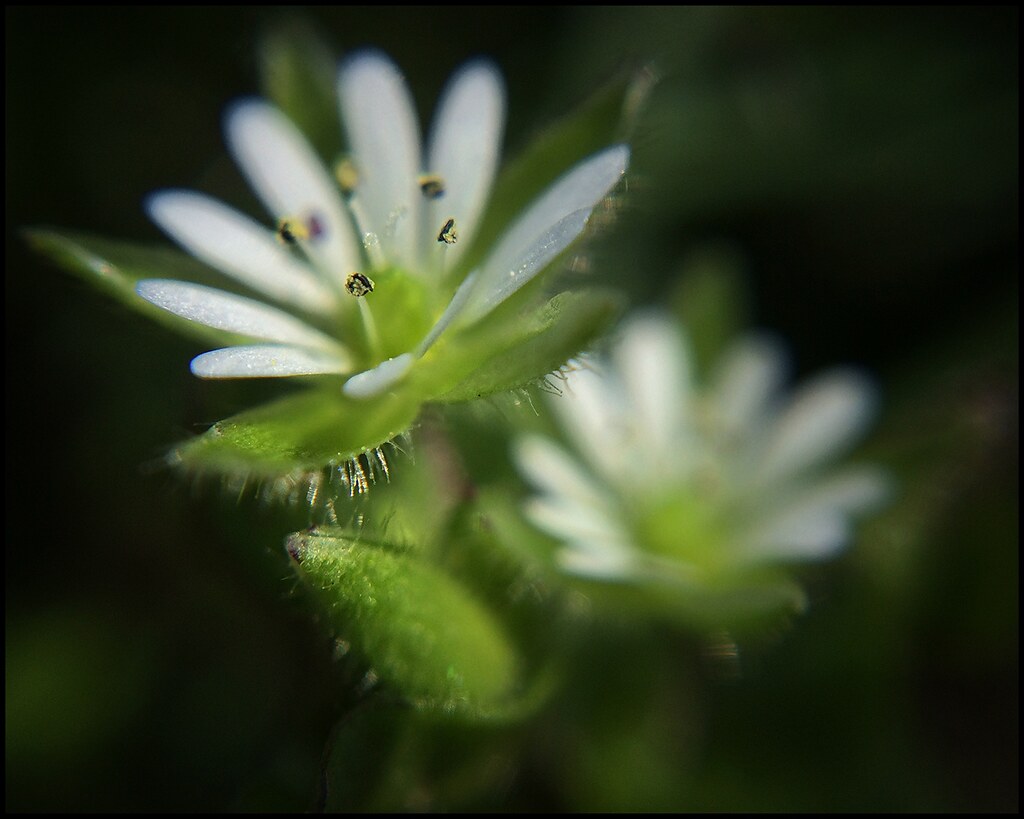 Apps used: Captured with iPhone and Olloclip Macro Lens. Edited on the iPad in Snapseed. Backstory: Green and White -Color The color version of some Spring time chickweed. A little clumping weed that seems to be able to grown in just about the worse dirt available. The flowers a very small. I pretty happy with the way the phone and olloclip macro lens were able to capture them. The original post was the black and white version. You can view it here if you care to compare them: www.flickr.com/photos/firerybroome/26014668070/

Apps used: Camera+ and Mextures. Backstory: I shot this in CAMERA+ using the self timer. I wanted the image to be a bit blurred, as if falling, so as the shutter was releasing, I was moving. My post processing was done in MEXTURES. This is my “go to” app for 90% of all my edits. The mood of my image was expressing the feelings of falling for someone and not having it reciprocated.

Undenied Your softly spoken words Release my whole desire Undenied Totally   And so bare is my heart, I can’t hide And so where does my heart, belong   Beneath your tender touch My senses can’t divide Ohh so strong My desire   Undenied | Portishead    Processed with VSCO with b6 preset
Apps used: Shot with Camera+ and editing with VSCO and Snapped.
Backstory: I used CAMERA+ for the self timer, with post processing in VSCO and SNAPSEED. I accompanied my image with lyrics from a song by Portishead, called “Undenied”, as I felt it fit the mood of my image and accurately expressed my feelings in the moments of creating this portrait.