This week’s Apps Uncovered includes the usual dazzling array of images, and perhaps in keeping with the season, the final shake-out turned out to be a brighter, more “affirmative” series this week. Less surreal and more “real” dominate. By coincidence, three of the artists are contributors to our book – The Art of iPhone Photography (available on Amazon) – Jun Yamaguchi, Rad Drew and Lynette Jackson. Other contributors include Veevs, the irrepressible catcher of golden light, Dirk Dallas, Tomoyasu Koyanagi, Mark Walton, Juta Jazz, Louise Fryer, wiq131, Aaron Davis and Michael Trombley.

The first image by Jun Yamaguchi is characteristic of many of his pieces – beautifully realized, often lone figures against and neutral field, often counterbalanced by a representation of the sun. While some of Jun’s pieces can evoke a sense of unease or even peril, the muted colors here are upbeat, and the sure lines and splashes of pastel denoting the figure are ultimately positive. With a hand on her hip, this woman is ready to challenge the world. 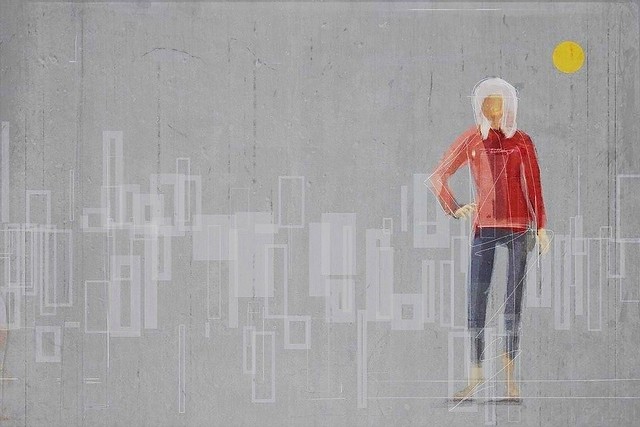 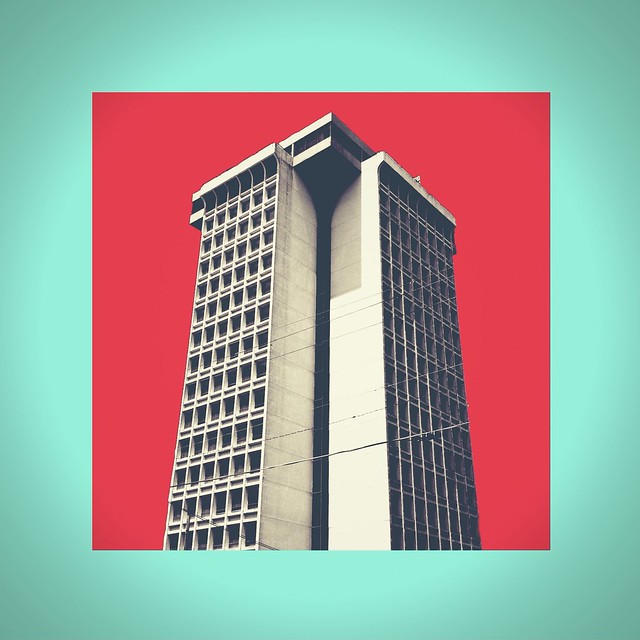 Backstory: This image was taken quickly while I waited in traffic at a stop sign. I was drawn to repetitive patterns and concrete. I have used this image in several edits, but for this edit I wanted to present a illustrative “portrait” of the building. I used union app to mask the subject from it’s original background, remove color and add contrast. My color shapes were created with iDesign. Union app was also used to blend the subject and the color shapes. I processed the blended images through CameraMatic for the finishing filter.

Apps used: iPhone 5 with Jag.gr 6X6 as the taking camera

Live or die or love by Tomoyasu Koyanagi 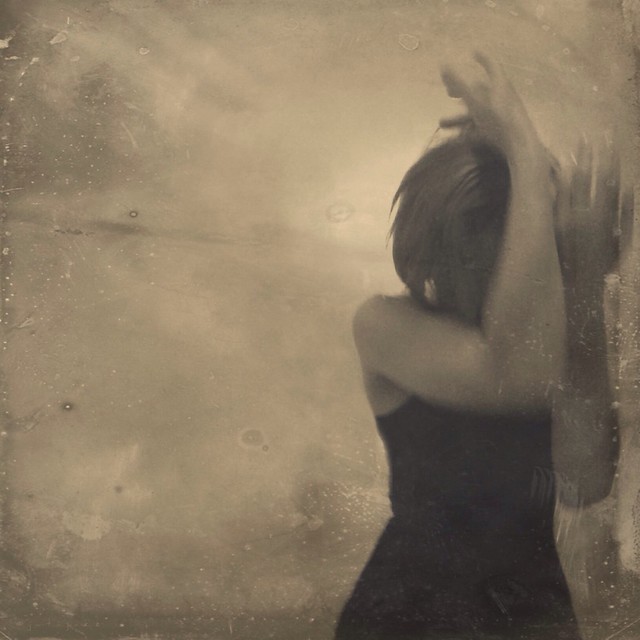 Backstory: Dance and movement is always in my body and mind( my first profession -ballet artist – maybe will follow me all my life).
I’ve seen invitation for submissions to the digital exhibition in Putnam The Empty Spaces Project gallery with the theme – dance- and was really excited – let’s do something!
I start working- took many captures- chose the best ones, and start edit.
In this way comes my series “d.a.n.c.e.” The image “d.a.n.c.e. /4” is one of them.

Backstory: It’s quite an ambiguous image, I found it impossible to name using only one or two words, the lyrics below are taken from Nick Cave’s ‘Jubilee Street’
I’m transforming
I’m vibrating
I’m glowing
I’m flying
Look at me now
I’m flying 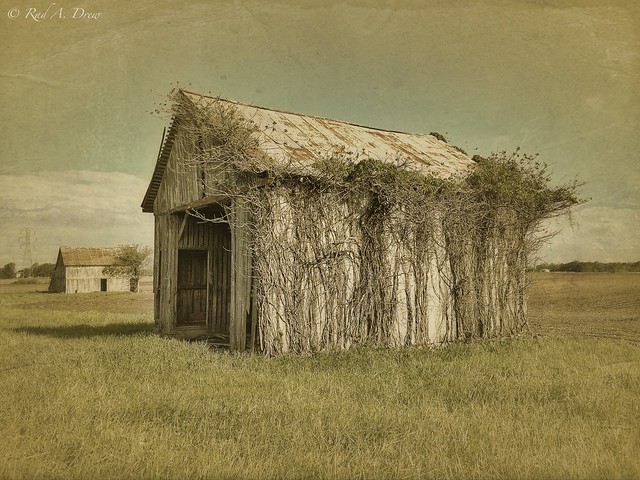 Apps used: Shot with ClearCam and processed with SnapSeed, VintageScene, and ImageBlender. Signature added with Impression.

Backstory: I enjoy driving the country roads in Indiana looking for barns like this. They are a dying breed, doomed, I’m afraid, for extinction. As farmers age and the barns weather, they are either not replaced, or replaced with new metal pole barns that are functional and cost effective, but without much aesthetic merit. I find these old barns a testament to craftsmanship and a poetic remembrance of another time. I shot this using ClearCam in the Enhanced mode. Next, I used SnapSeed to adjust ambiance, contrast and shadow in the Tune Menu, then sharpened and adjusted structure in the Details menu. I took this version into VintageScene for a vintage look, then, to soften the look somewhat, I blended the SnapSeed-treated image with the VintageScene result using Image Blender in the normal blend mode. I used Impression to add my copyright and signature. 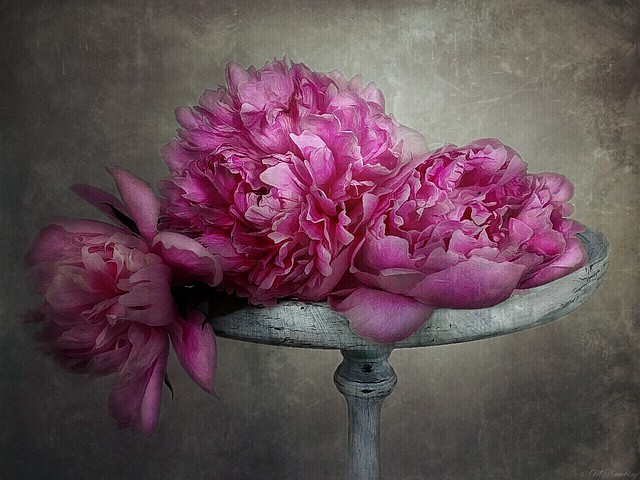 BackStory: I was inspired by the Light softly spilling in through a small window. The overall Light was a bit Flat, adding the stand provided the texture and contrast allowing the Peonies to radiate.

I began in Snapseed and Monovu to create the background. I chose to create two different exposure adjustments in Snapseed allowing Me to alter the light within SuperImpose. I really enjoy this step. Bouncing back and forth in SuperImpose provides the ability to alter and layer color, contrast, and depth to an image, that at first glance may appear very dull.

Preparing for Take-Off by Aaron Davis

Backstory: I primarily use ProCamera 7 to take my bug pics with the anti-shake setting on, set to about half way. The Olloclip macro lens’s shallow depth of field means that you have to be really selective of what you want in focus. I generally go for the eyes and try to be either front or side on. This shot took about 5 goes to get one with the eye in focus. The dragonfly would fly away, then land back on the wire ready for another portrait. A lot of patience and slow movements are required to get shots of faster moving bugs.

I generally run my bug macro images through perfectly clear then process them in Snapseed. I love the drama effect “Drama 1” in Snapseed as it can really lift the detail, I often have the effect intensity set at about 30 and the saturation also set at about 30.

I used to use a monopod for stability (does wonders with macro), now I generally try to find other ways to stabilise the camera as adjusting the monopod can be a bit slow sometimes with faster bugs.

Backstory: Symmetrical construction of the Forbidden City, facing south, in the sunrise and sunset, the formation of the landscape on both sides of the yin and yang 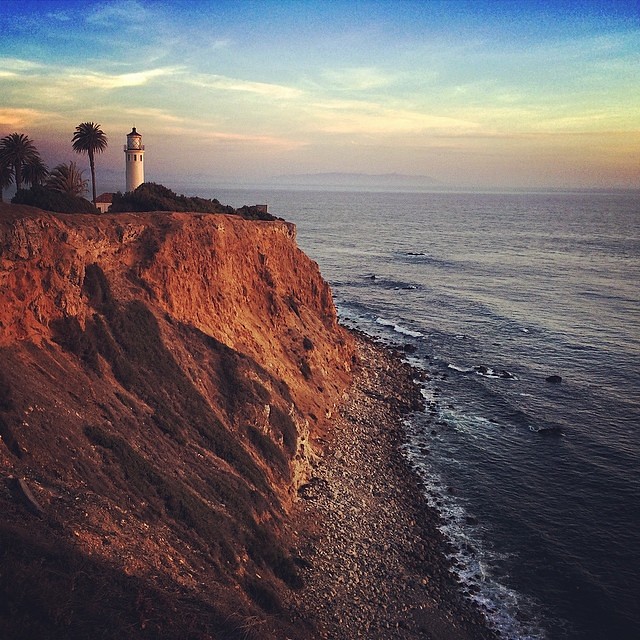 Backstory: Yesterday we got to hang out with one of our favorite Instagram families @malimish_airstream! They have such a cool story. They have been traveling around the US in their Airstream for the past 6 years and their next journey is taking them on a 5 month trip.

Sunrise over Richmond by Veevs

Backstory: It’s 5am and I am walking over Twickenham bridge to go catch a bus to the airport as was heading to Paris with big group of photographers. As I was just over the bridge I saw the amazing colours of the sunrise over Richmond! Had to stop and take the photo! Lovely sunrise, lovely reflections! For once water was very still! The bridge in the background is the railway line!

Backstory: I’m always on the lookout for interesting and unique mannequins, and I found this lovely one awhile ago but wasn’t sure how I wanted to edit her. Several months later, inspiration struck!

I created a textured background using Stackables and iColorama. Then I brought the background and the image of the mannequin into Image Blender. I erased most of the photo leaving just the mannequin (there was a lot of flotsam and jetsam in the background), and blended her using the Luminosity blend mode. This gave the entire piece a silvery mono tone.

I saved this, and then brought back the original photo again into Image Blender, and erased everything except her lips and the apple – I wanted those two pops of color.

Then came Repix where I added some sparkle to her lips and the apple.
The frame is from PixlrExpress+, keeping the opacity very low so that it’s “barely there.”

Some final tweaks, sharpening and resizing in Snapseed and Filterstorm completed the piece.