This week’s Apps Uncovered presents a selection of what I found to be the most intresting images for the week in our Flickr group, across a wide range of styles and subjects – but with one common theme – they are all a bit mysterious and thought-provoking.

This week’s lead artwork, “The Stranger” by David DeNagel represents yet another side of the serial Apps Uncovered talented contributor. An accomplished portrait and still life photographer, David has begun to post older work that points to a mystical side to his nature. This particular image set the stage for my search for images with a similar theme.

The Stranger by David DeNagel

Apps used: Processed with VSCOcam with b3 preset
Backstory: With this image, I tried to illustrate the unease we often feel when,especially in an isolated place, we suddenly and unexpectedly come upon a stranger; his dark presence, heavily backlit by the window, also added to the drama.

insane in the membrane by Jeremy Cassell

Apps used: I used Spectre to capture the photograph and then used Snapseed and Mextures for post-processing.

Her Test by David DeNagel

Apps used: Processed with VSCO with b4 preset
Backstory: My wife had to undergo a somewhat painful dermatological skin test for allergens. They used her back. She asked me to document the data, since it was subject to fading. After taking the shots she requested, I saw the image potential in the subject and took several of my own. I framed and post processed the image with an emphasis on the aloneness one feels when undergoing medical testing. Monochrome was a given. I also went with high contrast and a heavy vignette to heighten the subject isolation; I also kept the image very graphic, especially with the patches themselves ,to illustrate the necessary methodical nature of the test, on the surface, while suggesting its underlayment of discomfort. 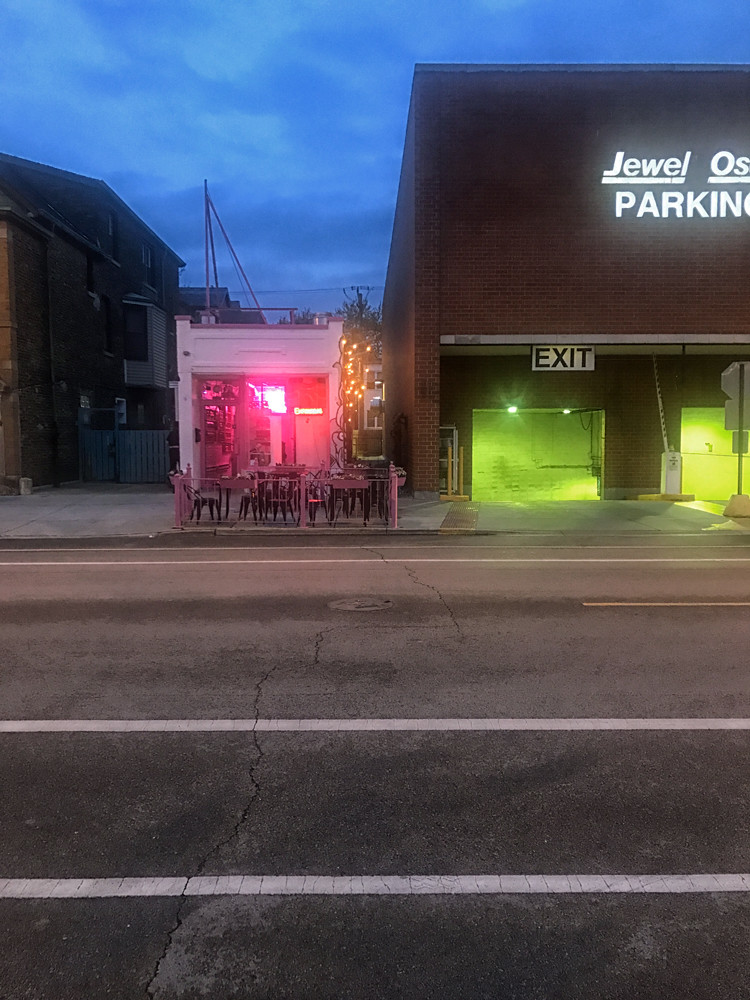 Pink and Green by Tyler Hewitt

Apps used and backstory: was shot a little over a month ago, I was wandering around, enjoying a little walk before catching a film at a cinema a couple of blocks down the street. It was the blue hour, that time right after the sun sets but before it gets fully dark, when the sky is a brilliant blue color. The pink lights on the small cafe caught my attention first, but the green lights in the parking garage next door really made the scene come together. I shot it quick and continued walking, and later did some pretty minimal post processing. It’s all about the color, the brilliant blue, pink and green make the photo engaging.

the remains of the day by a.c.thomas

Apps used and backstory: The photo was originally taken in Hipstamatic, then edited in Snapseed, and then edited in Tintype. It was originally a color image, of course, but I wanted the feeling of dark, moody pinewoods and the lovely softness of the pine needles on the floor, and the sense of mystery in the forest… the sense of what may lie beyond what you can see. Although this was taken in spring weather, it feels timeless beneath this mysterious canopy.

App used: Hipstamatic
Backstory (gleaned from replies in response to comments on the original image post): I was lying in bed and the light streamed through slightly open door after the cat had slinked out. Noticed how it lit up my hand which was dangling out. The title was designed to be considered and consider it you have done Mermate. It’s about desire and reality and our perception of both. 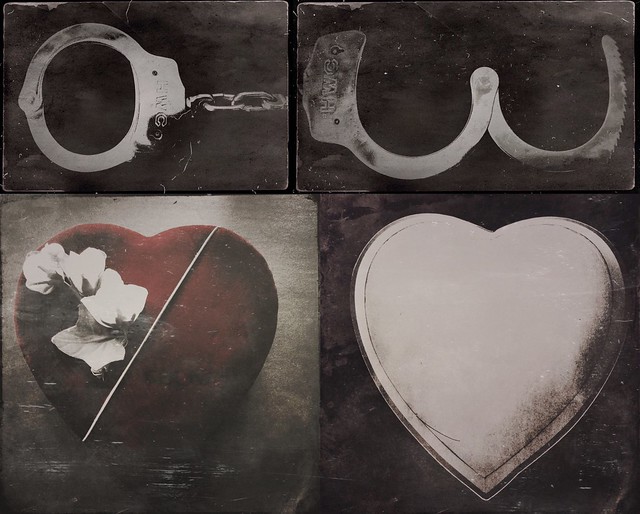 Apps used and backstory: As we all know matters of the heart can be complicated. All images shot on iPod 5th gen with KitCam(GhostBird). Then over to iPod 6th gen for edits. Color accent to maintain some of the color in the heart and then each image run through Mextures. MOLDIV used to stick them together for the collage. 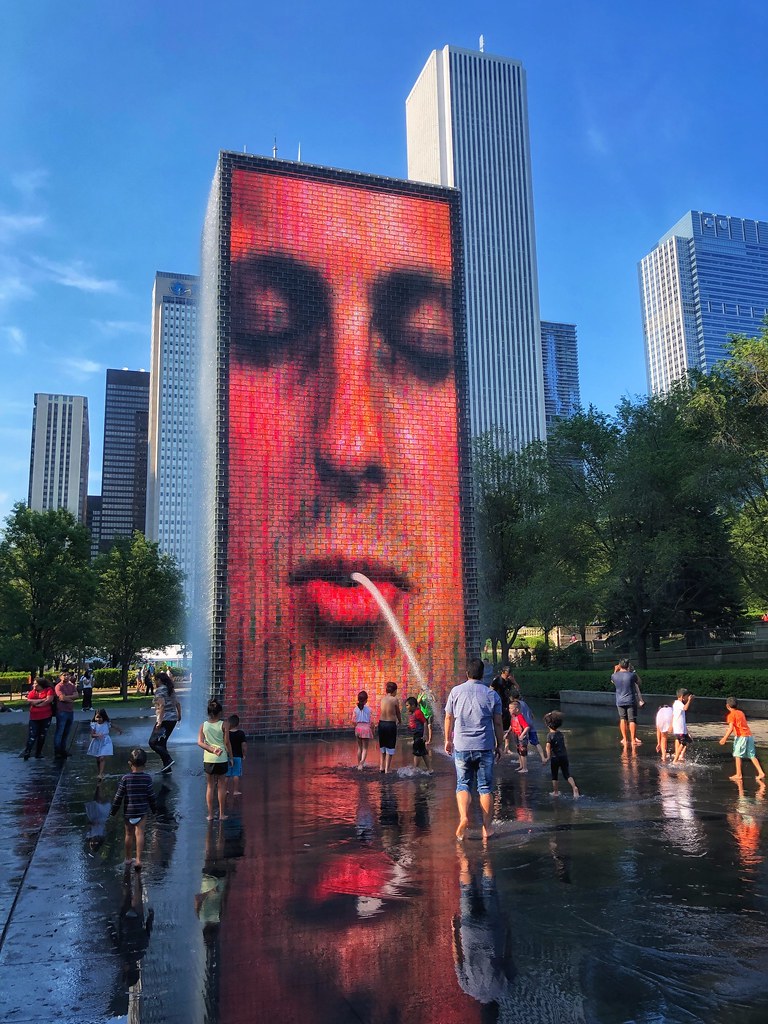 Apps used and backstory: Water fun – My wife and I recently spent 4 wonderful days in the city of Chicago. This particular image – of a water-spouting digital fountain – is located in Millenium Park. I used the native iPhone camera lense and edited in my favorite app – Snapseed.

Apps used: IphonexS cameraplus2 Snapseed icolorama
Backstory: I was hiking at nearby Indian Head Trails on a Sunday; Father’s Day. We chose the path less taken. The sun was brilliant. I turned around as we ascended, and captured this scene. Always turn around, as the best view is often behind you.
Later, as I scrolled through my images on my iPad, I chose this particular photo as I liked the perspective; how my eye was drawn into the path. The fence and path pulled me in. The image looked interesting in color, but I decided that black and white would create more drama and mystery. The finished image created a sense of foreboding, 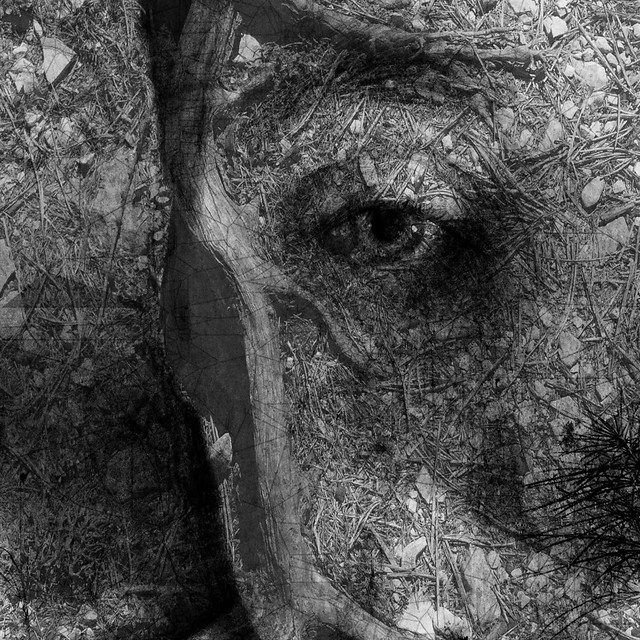 App used: Shot with my iPhone6. Icolorama, MetaBrush, SuperimposeX, Snapseed
Backstory: For my 365 photo project I took a close-up shot of my daughter, my favorite model. I combined it with the a shot of the path I walked to the top of Mont Ventoux. At the beginning it was covered with tree roots and (the higher I got) with rocks. You really had to mind your steps or as we Dutch should say: Look where you walk! 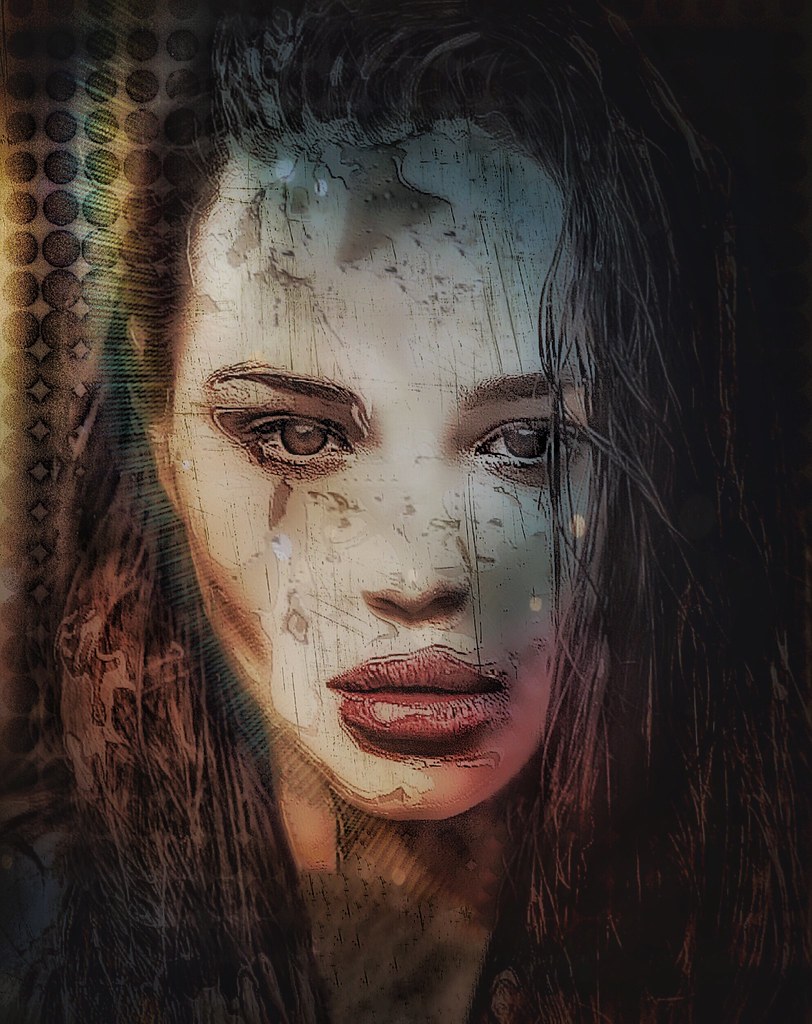 Finding Your Place by Deborah Field