This week’s Apps Uncovered presents a selection of what I found to be the most compelling images for the week in our Flickr group, across a wide range of styles and subjects – but with one common theme – all the images were taken on, or from the street.

This week’s lead artwork is an intriguing shot of an alleycat, making its territory known to all passers-by. In The Alleycast King, Kent DuFault creates a compelling story around a terrific tabby you wouldn’t want to bet against in a street brawl. 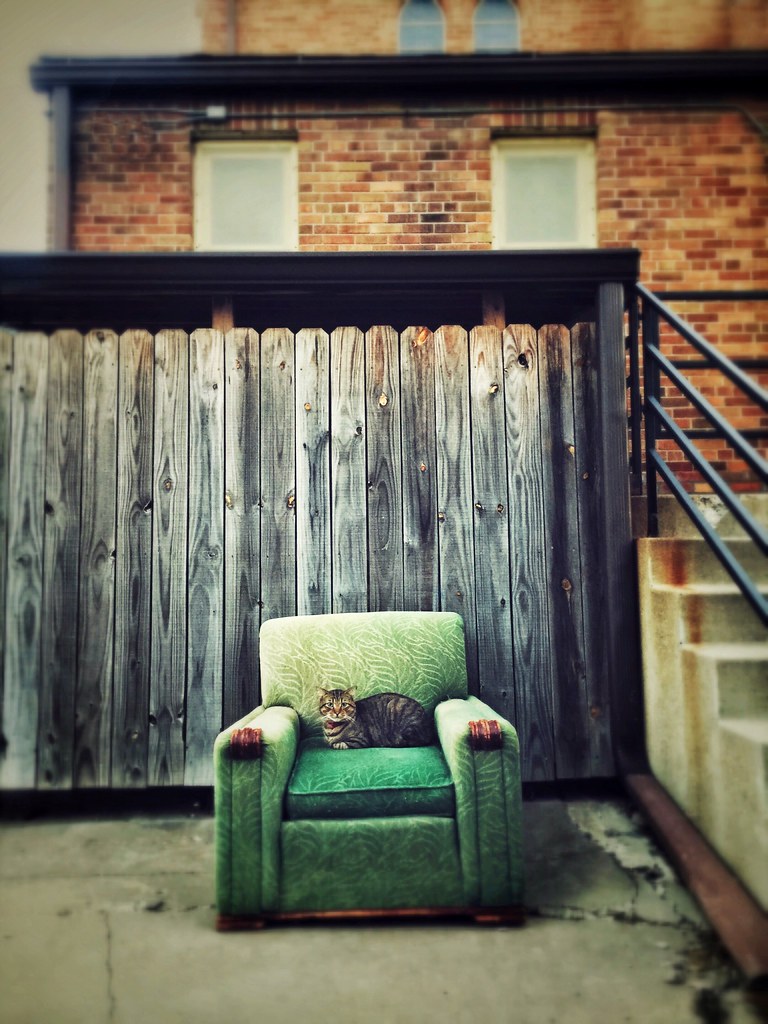 The Alleycat King by Kent DuFault

Apps used and backstory: He’s the King of our alley. What else is there to say? My wife and I were driving down the alley behind our house when we saw this scene, and I stopped the car. I rolled down my window, and we started snapping pictures like a couple of paparazzi hot on the trail of Kim Kardashian. He just sat there and watched us with complete disdain. This was my best shot. She took a completely different version, and her’s is totally awesome as well. It’s fun when you share your passion with your loved one. Processed with Snapseed and TouchRetouch.

Apps used: Processed with VSCOcam with e3 preset and Instagram
Backstory: Just by going out of a shop I found the scene of the bride going to the bridal van, in front of a bow of my town, just as I photographed it: I just had to extract the phone and take the picture. 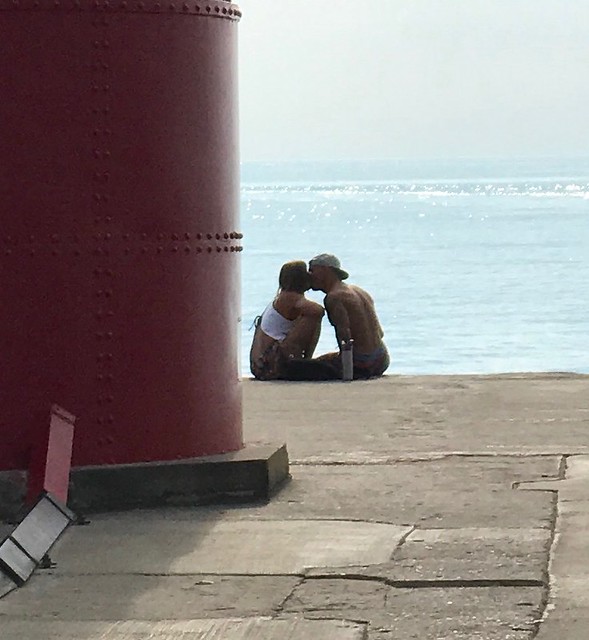 Apps used and backstory: This photo was taken on the pier at South Haven Michigan at the base of the Lighthouse. It was a pleasant summer afternoon and the couple were sitting close to each other with their legs hanging over the edge of the end of the pier. They were quite cozy and I just happened to catch them at the moment of their sweet kiss. A few moments later and they got up and walked back down the pier to the shore. I was just there at the right time. I used my iPhone 7 plus with telephoto lens.

App used: Processed with VSCOcam with 1 preset
Backstory: It was summer I was walking with my girlfriend in the countryside near my house (southern Italy) and at some point she began to wind with her skirt under the sun: it seemed to me a scene that best represented southern Italy. 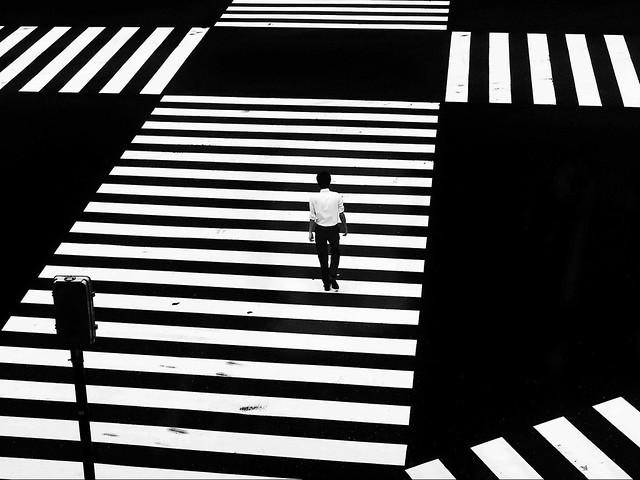 Apps used: Snapseed.
Backstory: ‘Crossroads’ was shot in Tokyo where there are some really cool crossings with good vantage points. This crossing usually gets busy but this was shot early morning so I was able to get a lone guy crossing the street. I was hoping to get some long shadows but it was overcast so I was a bit disappointed..
However, when I did a few edits in Snapseed I realized I could get a different kind of image – more graphic & surreal in style by increasing the contrast.

Apps used and backstory: I used the Flickr photo editor to enhance contrast and clarity, because it was shot through a car window on the road from Kaduna to Abuja, Nigeria. I was part of an educational mission that went to Gusau in the far north. We had spent the night in Kaduna on our way to Abuja and our flight to London. The traffic on the road was very heavy and we had to stop several times. I shot this at on of the stops. 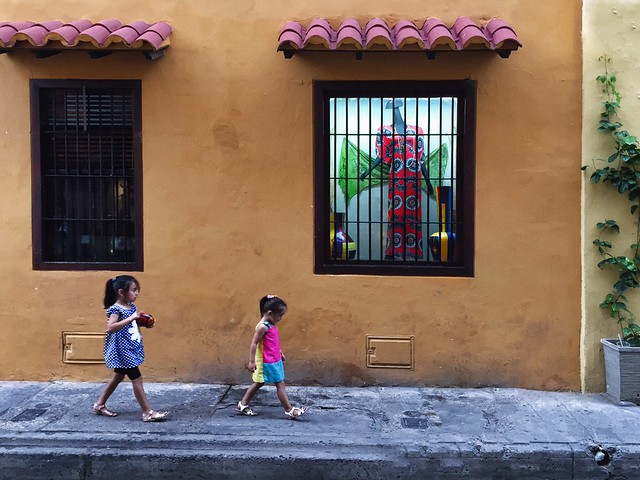 Apps used: Snapseed for enhancing and cropping and Photo Affinity for iPad to erase unwanted distractions and play with their color features.
Backstory: I was walking in the old part of Cartagena, Colombia and I saw this beautiful wall with this colorful window. I just stand in front and waited to catch someone to pass by. Then these beautiful little girls with their colorful clothes pass by and that was it, I got my photo. 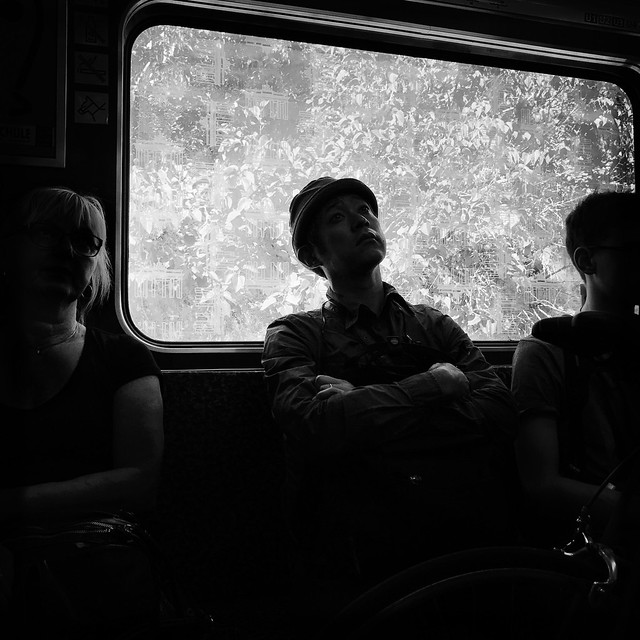 Apps Used: HIpstamatic; JohnS Lens, BlacKeys XF Film, Snapseed
Backstory: I took a series of photos with HIpstamatic and the iPhone 7 of this man sitting across from me on the subway. I was drawn to his silhouette with the hat and the light from behind which slightly illuminated the outlines of his face. The pattern on the window came from the blurred leaves seen from the moving train. In Snapseed, I slightly darkened the woman’s face as I didn’t want her to be recognizable.