Welcome to this week’s Apps Uncovered, our weekly feature, showcasing iPhone art and photography from around the world..but not just an ordinary showcase; Apps Uncovered is all about learning about the art of iPhone photography and art and we encourage each of the artists that are selected each week to list the apps and the backstory behind their image as well.

This week’s lead image goes to an early adopter of iPhoneography Nettie Edwards (Lumilyon). I discovered Nettie, quite a few years ago whilst I was looking for information on iPhoneography, scant as it was back in 2009. She was one of our first tutorial contributors to iPC and had already started sharing her iPhoneography techniques on her own blog. Nettie’s powerful work is unmistakable and this beautiful composition with it’s simple lines and dramatic black and whites is no exception. Nettie finds extraordinary beauty in the most ordinary places and the title “Competition Onions” draws a wry smile! If the onions didn’t win first prize – your photograph does. – There’s also a great backstory to accompany the photo – Thank you Nettie and to everyone who submits to this group. I hope you enjoy the gallery and please click on any of the images to see more of each artist’s work on their Flickr stream. 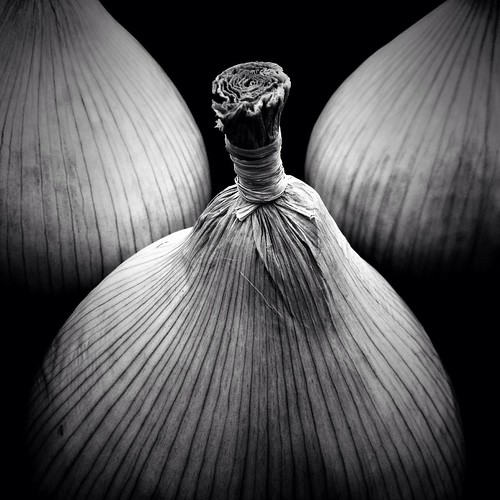 Some notes about processing and Apps used: The competition tent lighting was very general. On the day, I was shooting with Hipstamatic: Wonder/Blanko C16. For post-processing, I used  Snapseed, to adjust brightness/contrast and pull through more detail of the onion skin. Final glamour added by B&W processing in LoMob.

“Would you like a ticket for the Malvern Autumn Show?” A kind colleague enquired. How could I turn down the opportunity to attend a major event in the Midlands horticultural calendar?  Not only am I resident artist at Painswick Rococo Garden in Gloucestershire, where I’m transforming mobile photographs into Anthotypes (an alchemical 19th century process by which prints may be made with plant matter) I’m also an allotment gardener. So it was that I found myself soaking up the atmosphere, alongside thousands of other visitors at the Three Counties Show ground, in Worcestershire.
Like most veg gardeners, I have a bit of a competitive streak, so I made a bee-line to the hall that was hosting entries for the UK National Giant Vegetables Championship. There I encountered the new record holders of titles such as: World’s Longest Beetroot, World’s Heaviest Pumpkin and World’s Largest Vegetable Soup Collection Of Vegetables. These magnificent specimens are just a few of the myriad photo opportunities presented by Horticultural Shows. There are many more halls and tents where anxious competitors hover over their protégées in nervous expectation of a prize.

Elsewhere, I enjoyed watching demonstrations of rural skills such as wood-turning and Horse-ploughing. Keeping my credit card firmly in my pocket, I enjoyed the entertaining patter of stall-holders, enticing me to part with my money in exchange for exotic plants, bulbs and fruit trees. At the show, you can buy every item of gardening tool and equipment you’ll ever need, along with essential kit to fix it; fancy garden furniture and even fancier hand-wrought decorative metalwork; glamorous greenhouses and sheds; garden-themed home wares; products for your pampered pets; outdoor clothing, hand-crafted gifts, wool-filled pillows to lull you to sleep and Hot Tubs to soothe your aching body after a day’s hard digging. When your energy begins to flag, top up your sugar levels with delicious home made sweets and cakes (Red Bull or Jagermeister flavoured fudge, anybody?) Once revitalised, you may enjoy exploring the photogenic Fun Fair, Animal Kingdom, acrobatic aeroplanes and a Wartime-themed beer tent.

Despite this embarrassment of riches, I hadn’t intended to shoot photos that day because it was my first visit to this huge show and I wanted to see as many of the exhibits and stalls as possible. However, I eventually succumbed to the lure of the Harvest Produce competition tent, where on long tables were displayed the pride and joy of Midlands amateur gardeners: flowers, fruit and veg that had been cosseted and fussed over for months, presented scrubbed and trussed by proud growers who hoped to see a prize-winning card placed on the table, next to them. As an allotment gardener, I fully appreciate the time and attention it takes to grow such perfect specimens. The trio of onions featured in this photograph weren’t awarded a prize, but they were beautiful in my eyes.

A trip to a Horticultural show isn’t a cheap day out, but if you’re looking for photographic inspiration, it’s a winner! 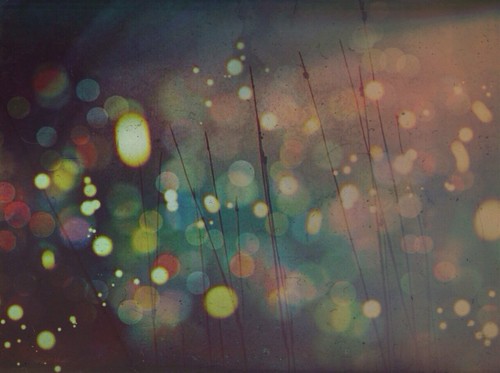 This started out as a very grainy, not so well composed shot of basically wild growth on the side of the road. I used Tadaa to blur it even more and tried some texture using Mextures. Most of the “magic” of this one came with utilizing several options in Vintique. I added final touches using Faded which I’ve just discovered. The end result of this was fun, but honestly this was one of those creations I had a hard time with. My original idea was complete opposite of where it ended up. Thankfully most of my ideas come much easier than this one! 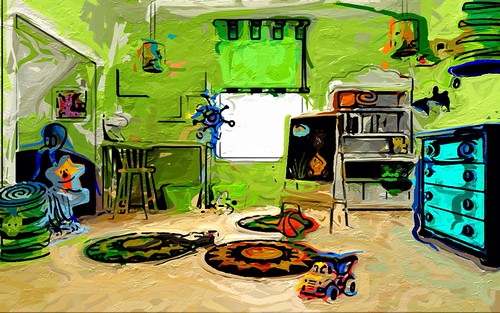 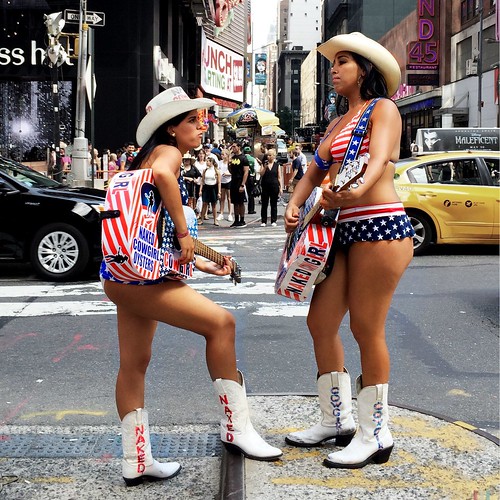 Backstory:  The Naked Cowgirls are a fixture of the tourist mecca that is Times Square these days. 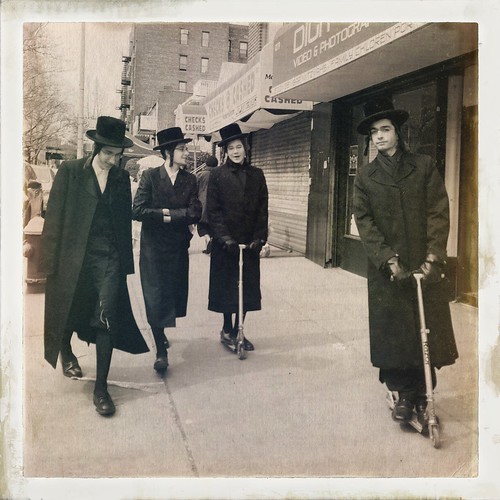 Apps used: Shot with oggl on an iPhone 5s, using the Diego lens and Uchitel 20 film.

Backstory: I came across this group of young Hasidic men while shooting this year’s Purim festivities in Borough Park, a large Hasidic community in Brooklyn. 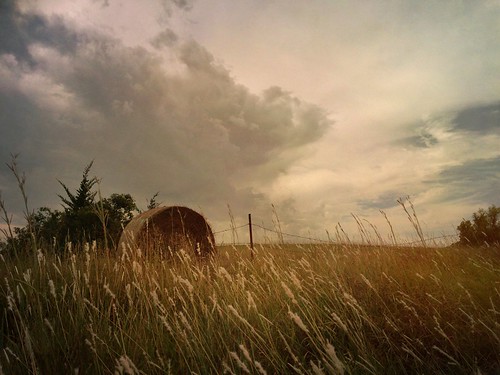 Backstory: A lot of my recent photos were the result of planned outings. This was taken while I was at work. Wichita has these little spots where the suburbs just sort of went around them. 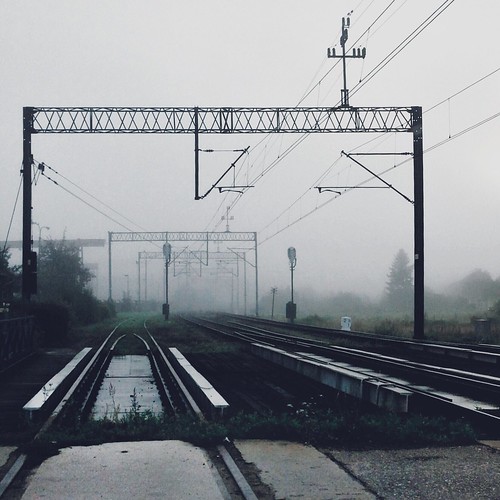 Backstory: I took this photo in my home town Elbląg (Poland) on my way to work. It was foggy and cold morning and I stopped next to the railway station to capture the moment. I shot with the native camera app iPhone 5s and used Snapseed and VSCOcam (j1 preset).

On the way by Vanessa Vox

Apps used: Hipstamatic with the Melody Lens and the C-Type Plate Film

Backstory: My son on the backseat of my car. On the way to a new country with a new language, a new home, new neighbours, new habits, new challenges and many many forms to fil out. It’s a moment of uncertainty. A moment of change. A moment of no return. 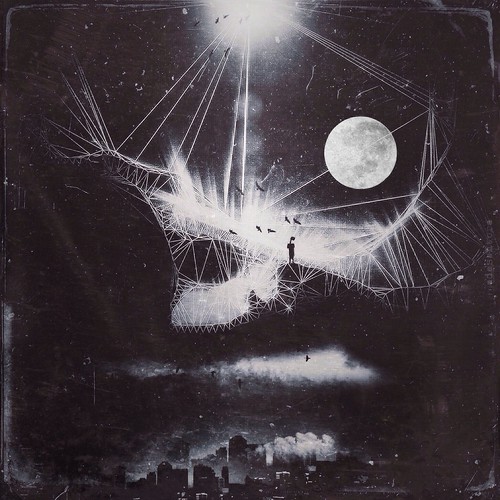 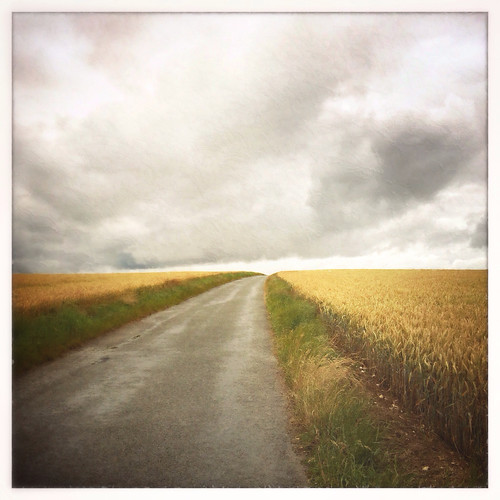 This past summer I was lucky to be able to spend some time in France.  I
love getting out into the countryside in France and trying to capture the
amazing light I find there.  This image is from a quick weekend trip I took
to the Picardie region which is a couple of hours North of Paris.  I was
there for a friend’s birthday party which was indoors because of the crazy
rainy weather France was having this summer.  I could not resist going for
a walk though since even with the rain the light was simply stunning!   I
love golden wheat fields and find that the light dances magically on them.

Backstory: This photo was taken in a beautiful light-filled restaurant in Toronto. The walls are lined with jar upon jar of pickles and preserves. The table next to us was unoccupied and the empty chair in the sunlight was begging to be photographed.