Here in the United States earlier this week, we recognize All Hallow’s Eve (Halloween) as a holiday for children (and adults) to dress up in costume and frighten one another while collecting a cache of candy, or simply enjoying a night on the town.This week’s Apps Uncovered celebrates frightening, mysterious or simply unfamiliar scenes through a selection of images posted to our Flickr group over the last seven days.

This week’s lead artwork, “Selfieless” by aka Tmam really takes the selfie to a frightening place in a brilliant spoof of the genre, apropos of the time of year. 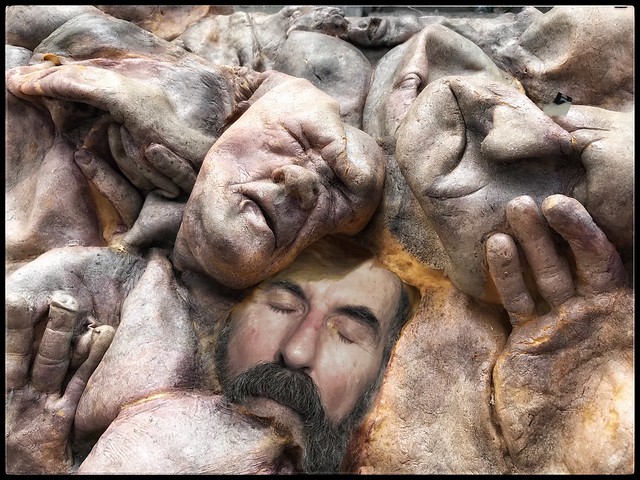 Apps used an backstory: I came across the main subject matter other than my face at my favourite antique store in my hometown and was tempted to buy it……a 10 x10 movie prop. Title and genre unknown but it had to be something “ creepy”. Anyhow I didn’t buy it but had a photo binge for free.

Fully opened, a hole was revealed and I immediately thought my face should be in the mix and with Halloween looming it seemed rather appropriate. The prop got bought by a band called Faces. A backdrop behind the drummer.

Two images involved in the mix. I do all my layering, blending and colour work in Juxtaposer then do final adjustments in Snapseed and “Bob’s your uncle”. 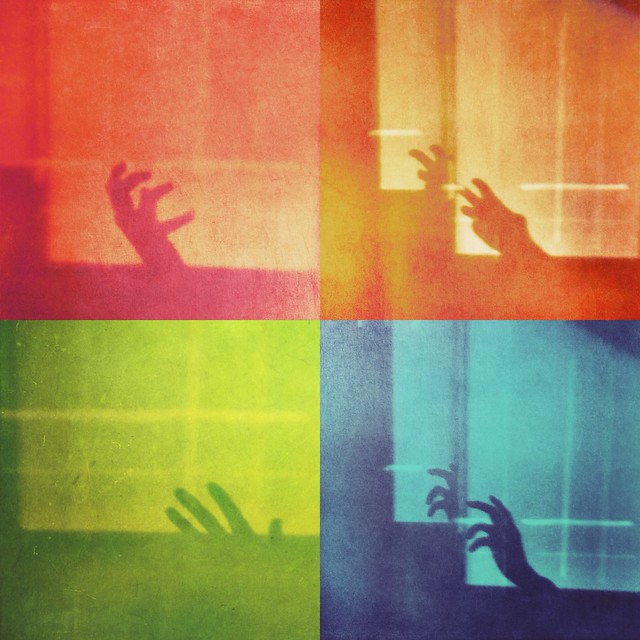 The Fever by Clint Cline

Apps used: NeuralCam, Snapseed, Darkroom, Diptic, SuperimposeX, Formulas
This is a quite literal work. I was running a 100+ degree temperature for a couple days and feeling rather useless when I decided to continue my experimentation with the NeuralCam app. I don’t do a lot of shooting in low-light but was interested in the raves this app was getting. I found myself in a darkened room where a mirror behind me was bouncing hallway light onto a wall in front of me. Perfect. There was enough light for NeuralCam’s AI to amplify the light. The only prop I had was my hand and I took a series of snaps to see how the app performed.
They became the perfect embodiment of my condition, from when the fever first gripped me to its demise a couple days later. I took each image into Snapseed to push its contrast, then into Darkroom for colorizing. They were assembled in Diptic and imported into SuperimposeX for a gritty filter overlay, and through Formulas for finishing. 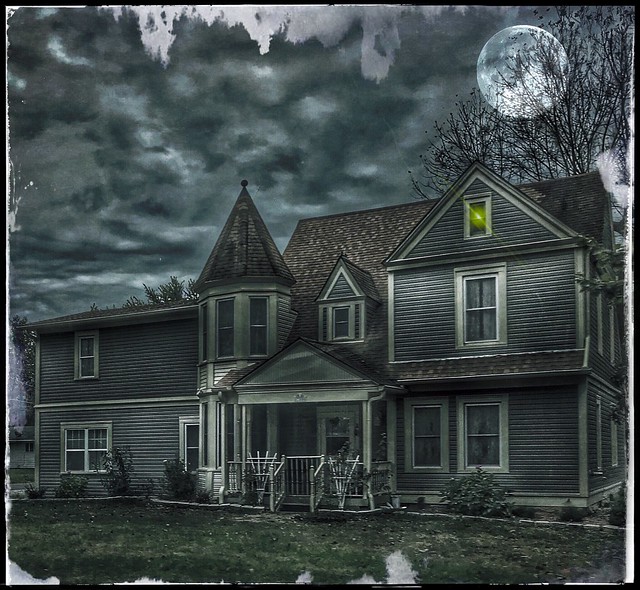 “Don’t make me come down there!” by Sherrianne100

Apps used and backstory: I think that on this one I used Snapseed, which is probably my very favorite app, and Reflect for the moon and color. The edging is from Pixlromatic. The house is an actual home in a nearby small town, and is really very lovely. I enjoy “remodeling” homes to make them appear very different from what the architect intended!

Apps used: IOS 13 Photos app/Lightroom CC/Snapseed
Backstory: The subject was striking in its isolation; a very old, large ,tall dead tree stood, alone,in the midst of a wide, dusty cattle pen. The beautiful autumn twilight provided a strong contrast to this colorless ,stark mass of barren branches and decaying bulk. Yet the tree had appeared in this state for many years, seeming, ultimately to resist, indefinitely, total destruction. It had become,in effect, a towering wooden tombstone.
Yet, there was motion all around its site: black cattle roamed about its base, feeding; wispy clouds drifted pass the tree’s deformities; a flock of birds circled about it continuously, using its broken limbs for a resting place. Only the tree, itself,remained,implacably,still and manifesting its lifeless presence.
I shot the tree from outside the pen, using an iPhone 11 Pro and the telephoto lens. I took several shots trying to optimize the best composition. I post processed,first, in the native IOS photos app. Then I adjusted primary tonal areas in Lightroom and applied a high contrast preset. I also adjusted monochrome intensities using the HSL controls in Lightroom. I particularly wanted the sky dark, as if using a red filter. I finished the “mood” of the image by adding the Portrait mode look in Snapseed , with some additional dodging and burning. 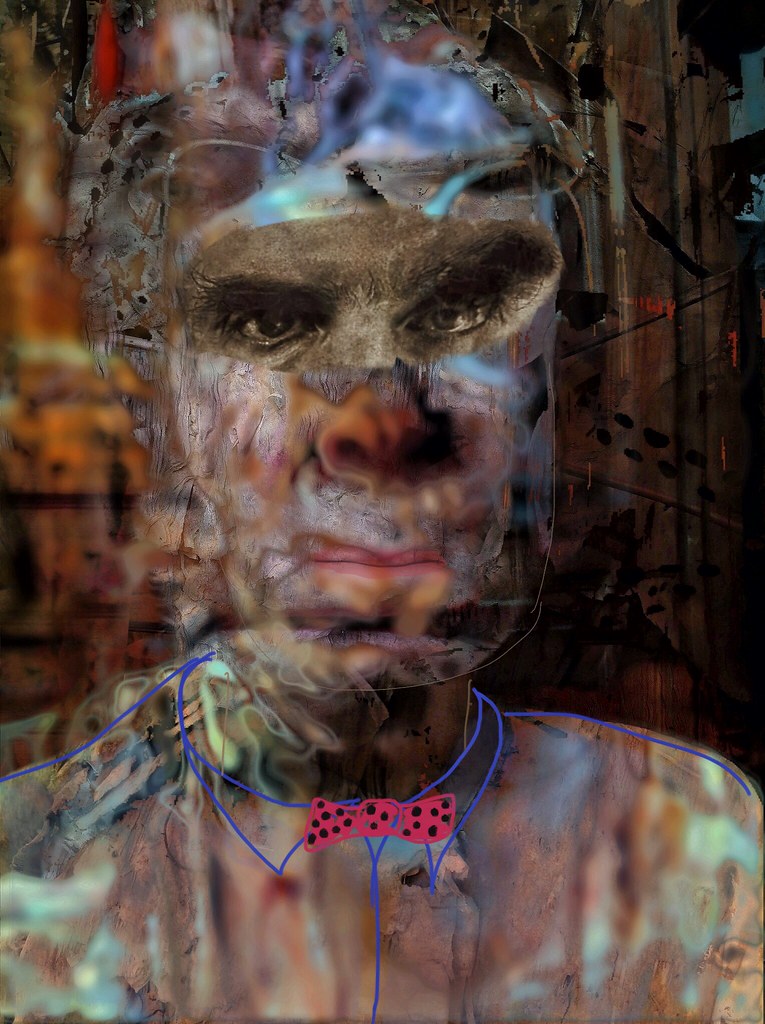 Apps Used: Native camera, iPhone 5, Superimpose, Image Blender, PhotoCopier, Procreate and maybe iColorama.
Backstory: This image is five years old, so based on what I can remember and what I’m seeing, I can say that it’s composed of two self-portraits shot with one of the distorting filters in PhotBooth on my iPad, though I may have used iColorama for the photo of the area around the eyes. The image was constructed in Image Blender using one of the portraits which was blended with a photo of some tree bark. The background is a door merged with graphic elements in the floor of a shower that I shot. I normally use the Multiply blending mode which creates a strong red-orange cast in the image and as a result I always then move into PhotoCopier where there are numerous filters based on specific works by well known painters and photographers, which will bring colour back into the image. Then, in Superimpose, I masked in another distorted self-portrait and used the option which allows you to blur the mask. In Procreate I added the bow tie and the lines for the shirt. 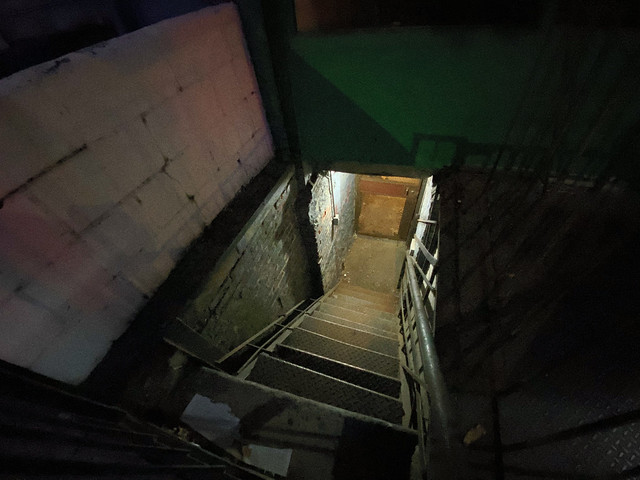 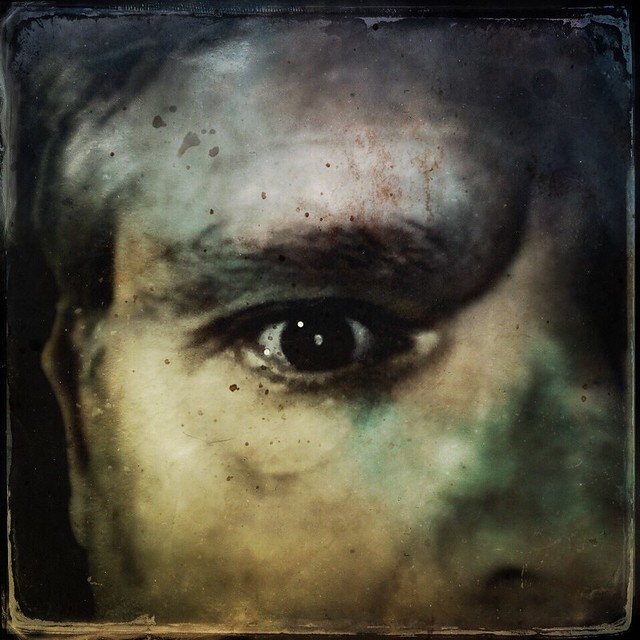 Apps used: iP6s using TinType app. Touched with Snapseed and Distressed FX.
Backstory: I’d love to say there is a method to my madness, but there isn’t. I sense the moment and take it. Especially with “selfies”. I was in that correct mood and it worked. 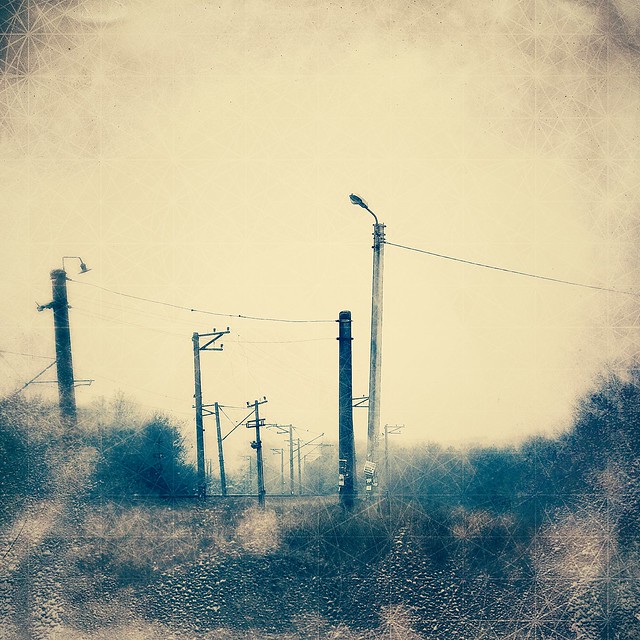 Apps used: Iphone11pro hydra Snapseed distressedfx icolorama
Backstory: I was checking out the neighborhood Halloween scene, while on my daily walk. Some of the displays are definitely creepier than others. I was also experimenting with a new shooting app: Hydra. I was shooting in the zoom mode. There was a little breeze, causing a blur. No problem! Very creepy image! I further enhanced image with distressedfx, creating an interesting background. Finally, I edited in icolorama with Form “tiles” for the “looking through the window” effect. Definitely what nightmares are made of. My homage to Munch, “The Scream” 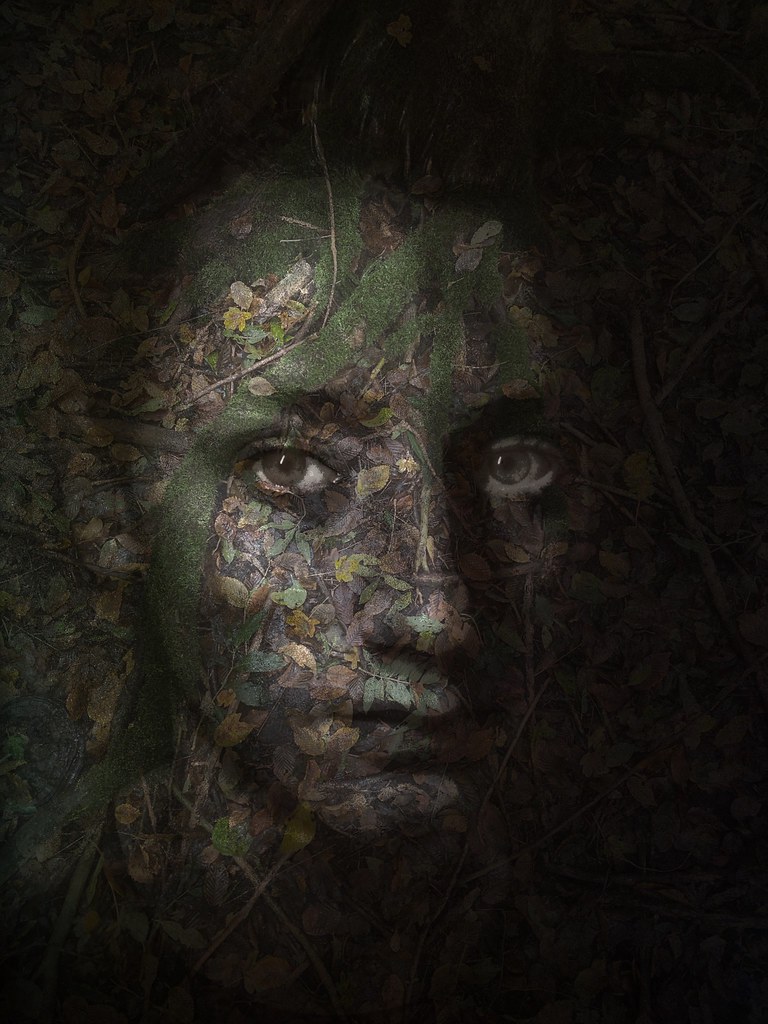 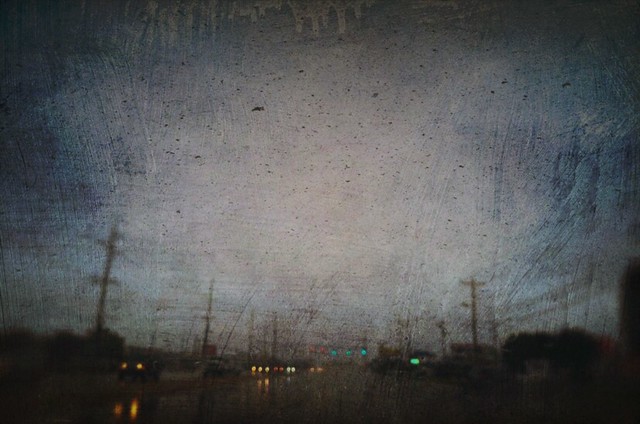 Apps used: Tadaa, LensLight and Mextures
Backstory: This photo was taken on a day a big storm rolled into Rehoboth Beach, Delaware. I was sitting at a ref light and my whole car was shaking. While I waited I snapped a few pics and this one was the best. I played around quite a bit until I was happy. Most of the work being in LensLight and Mextures. I didn’t really intend this photo to turn out this way, but it’s one of my favorite shots of this year for me so far.