For this week’s Apps Uncovered, almost every image that caught my eye in our Flickr group seemed to a focus on singularity, isolation and a loneliness implied by darkness or explicit in daylight. There’s something soothing about a moment of “alone time,” but something frightening about isolation reminscent of a scene from a Hitchcock thriller (invariably in black and white).

This week’s lead artwork, an untitled piece by Pier Luigi Dodi, suggests exactly such a scene – perhaps from a film noir set in the style of the 50s. All that is missing is a look of abject fear on the boy’s face. Still, there seems to be a bit of yearning or apprehension in his eyes – perhaps he hears the ticking of a clock or the tolling of a bell in the distance, and pauses to listen… 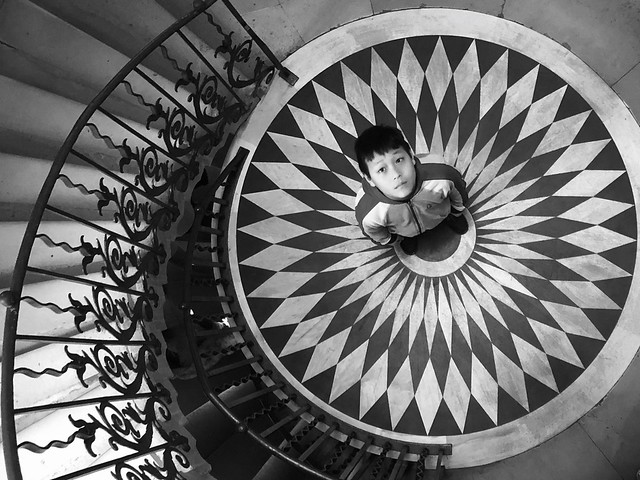 Apps used: I shot it with my iPhone 8 Plus and processed in Snapseed.
Backstory: While visiting the Queen’s House in London Liang was standing in the middle of the spiral stairway 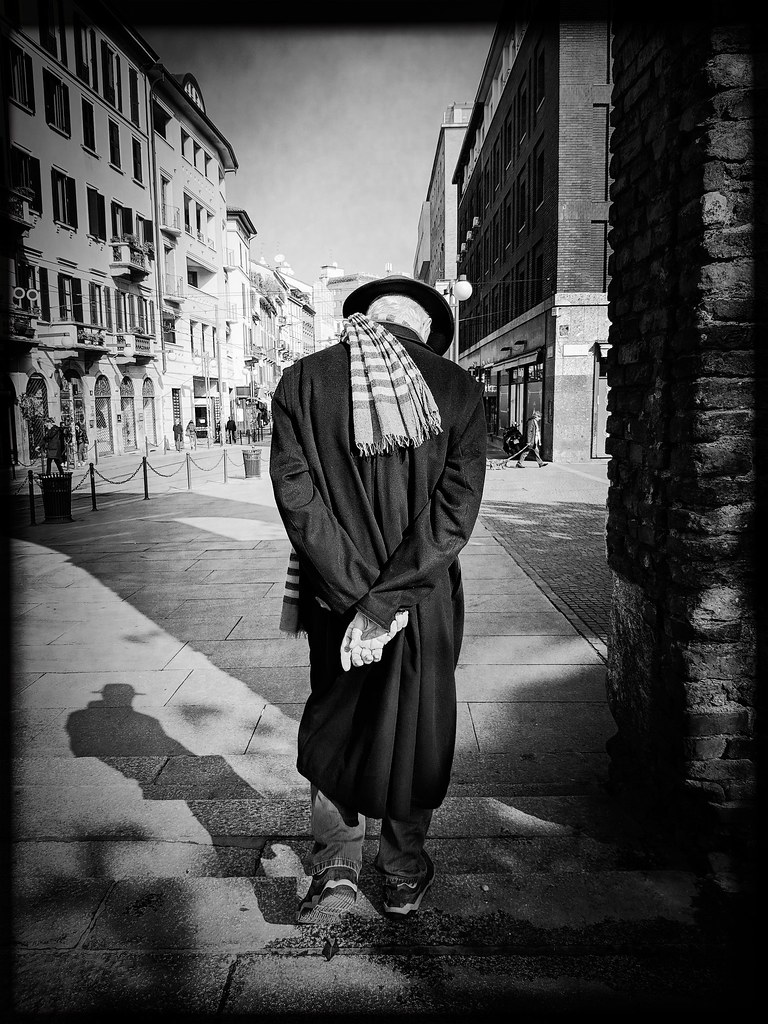 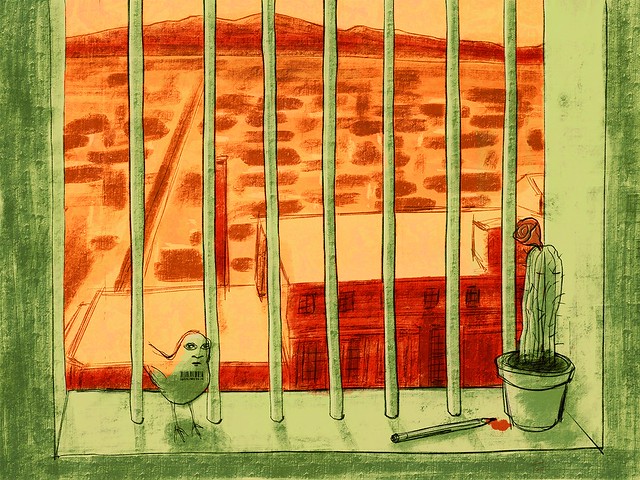 Behind bars by Maarten Oortwijn

Apps used: Procreate with some help of Snapseed and PSExpress.
Backstory: It started with another drawing of a cityscape with mountains in the background. On top of this I added wall with window opening and bars. After this added the cactus, pencil and bird (originally a regular bird, but last minute gave it a human face and the bar code). Next step was re-color the foreground to green and adding some small touches of red. 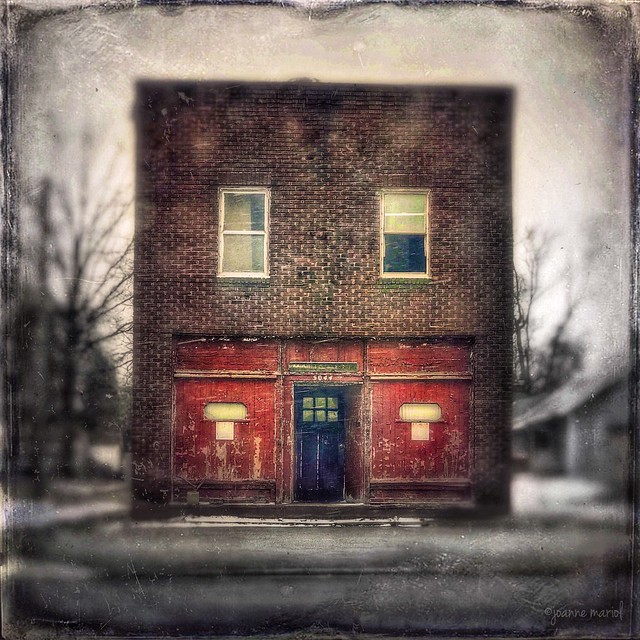 I Stand Alone by Joanne Mariol

Apps used: iPhone 7 Plus + Snapseed + Formulas + Phonto
Backstory: I have passed by this building countless times and have always wanted to stop and take pictures of it. I finally had the opportunity to do so while waiting at a red light last year. I’m not sure what it used to be but it just looks like it’s a ghost of a Rust Belt town’s past.

Apps used and backstory: For this shot, I mounted my iPhone7plus onto my ceiling fan blade, used the native camera in portrait mode set with the 10 second timer, and I used a small side table to sit on, to get the shot from above. After a few tries I got this one with my hand placed exactly where I wanted it, to get the image I was going for. The edit was done in Lightroom mobile with a bnw preset I have created. 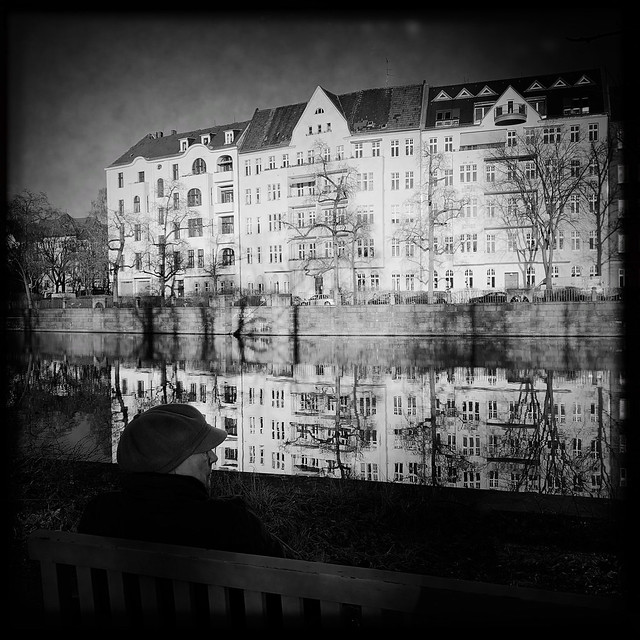 App Used: Hipstamatic with John S lens and BlacKeys Supergrain film. Taken with iPhoneXS
Backstory: It was a crystal clear, mild winter day when I took a walk in the Charlottenburg Castle gardens in Berlin. The houses on the river were perfectly mirrored in the water. I like the way the person on the bench added some interest and the dark cap contrasted with the light buildings. 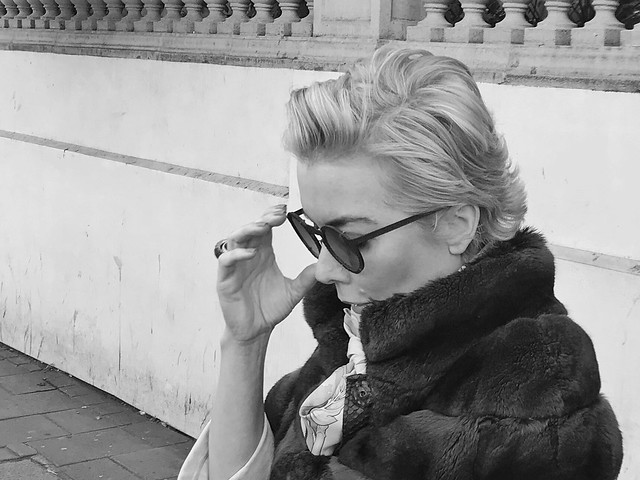 Apps used: Snapseed: Fine tuned the brightness, contrast, saturation and highlights. Tweaked the ambience a bit to add a bit of fine detail and saved two versions. A colour one and a black and white conversion.
Backstory: Waiting for a bus, I spotted a sophisticated looking lady waiting at the stop with a great looking background. I angled my self around for a good composition and took a few shots and then she moved away to where she couldn’t really be caught in a nice photo. Luckily I caught her adjusting her glasses which added to her look and style in the image. I chose a black and white edit to further the timeless pose the lady struck.

G at the Museum by borisbschulz2009 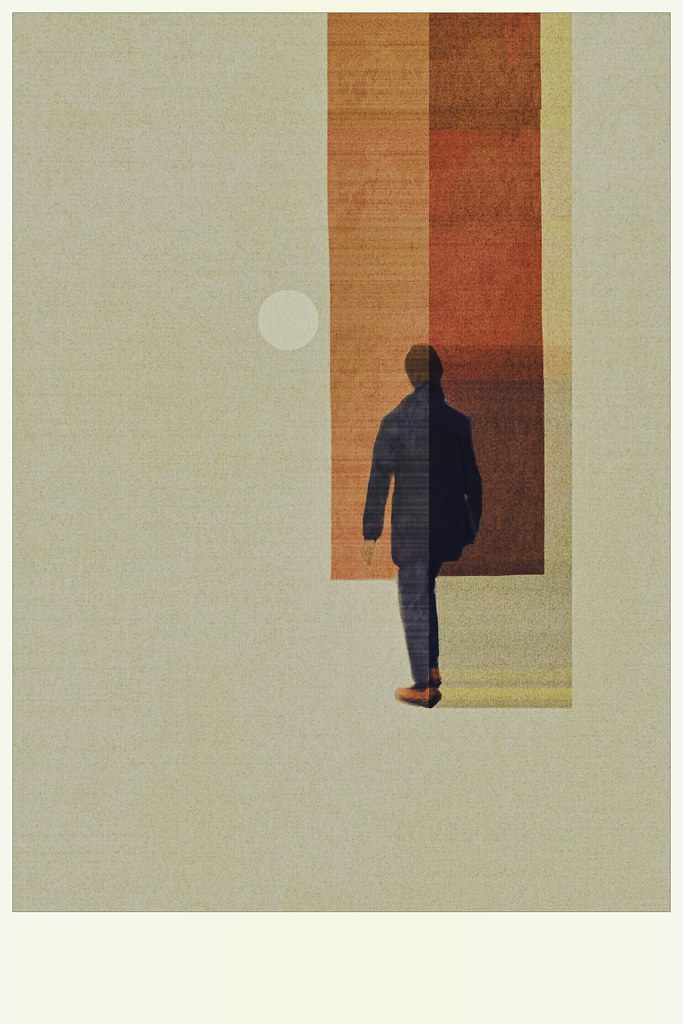 the sun and man by jun yamaguchi 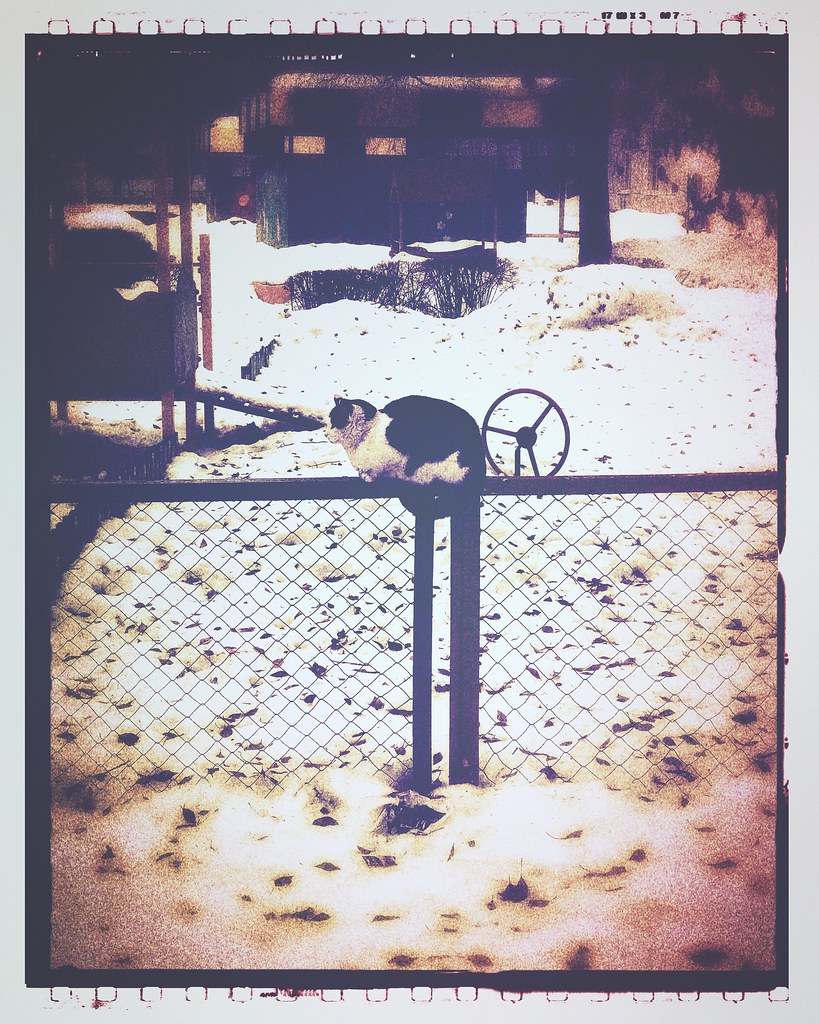 Apps used: iPhone 7 Plus, Camera+, Color Accent, Hipstamatic (Lens – Sergio, Film – SPRKT-ULTIMO, Flash – Apollo, Adjustments – ZZRYKUR
Backstory: Few days ago i went out from a cheap coffee-shop with a cup of coffee in my hand. The first thing I saw then, was this cat resting on a fence in all that snow and col. That would be a nice frame, I decided, so here we are

Apps used and backstory: I was dining at a local winery restaurant the other night. Sitting outsidewith a friend. Enjoying the evening. This restaurant has a very cool space, and vibe. I looked up and saw this illuminated wine glass.! I was captivated by it’s design and splash of color. I am always looking and seeing and appreciated that this would make a great capture. I Enjoyed the juxtaposition of the lighting and design.