This week’s Apps Uncovered presents a selection of what I found to be the most intresting images for the week in our Flickr group, across a wide range of styles and subjects – but with one common theme – some element of architecture is a key part of the scene or central idea.

This week’s lead artwork, “Coming from all sides” by Tomaso Belloni, evokes an early morning/early evening moment in a cloistered courtyard in an old university in Milan, Italy. 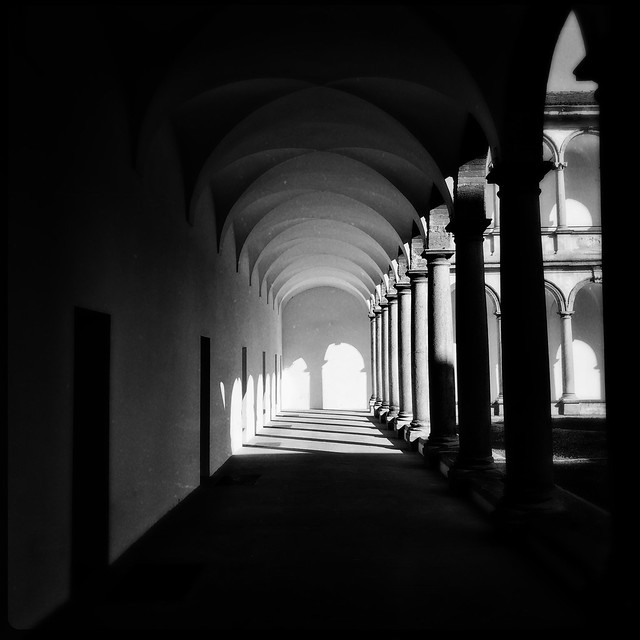 Coming from all sides by Tomaso Belloni

Apps used and Backstory: A sunny day in Milan, Italy. This is a courtyard of the old University building with the perfect light. Then at home it seemed a perfect candidate for a new Hipstamatic combo, which gave it the perfect b/w tone.
I shot with the iPhone 7Plus default camera applied basic editing with Snapseed, then imported into Hipstamatic (Anne-Marie lens, Rock BW-11 film amd JollyRainbo 2X flash). 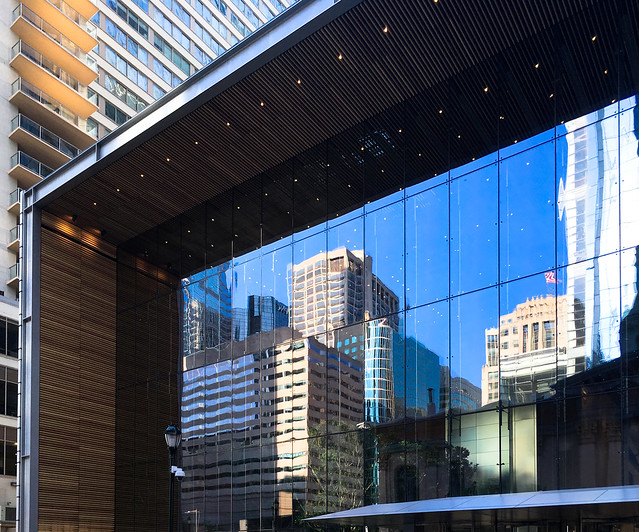 Apps used and backstory: shot with iphone SE and camera + app. Processed in light room, just a bit of cropping and contrast. Building will be opening by fall. When i am in the area and sum is out i like to walk by and check the progress. This time the golden hour like was perfect so i captured the reflections. Thanks for the selection. 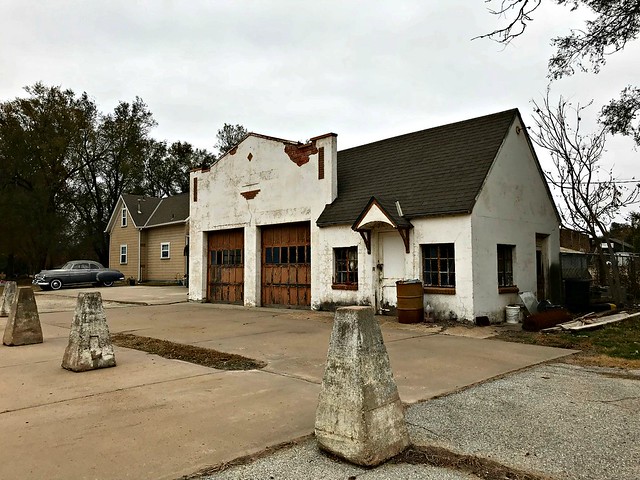 rookeville Kansas From The Road by Pam Morris

Apps used and backstory: I didn’t use any particular apps, I just took the picture on the normal iphone camera and then played with it a bit in picmonkey.
I don’t know the history of this, I only was driving the back roads and ran across this in a small town. 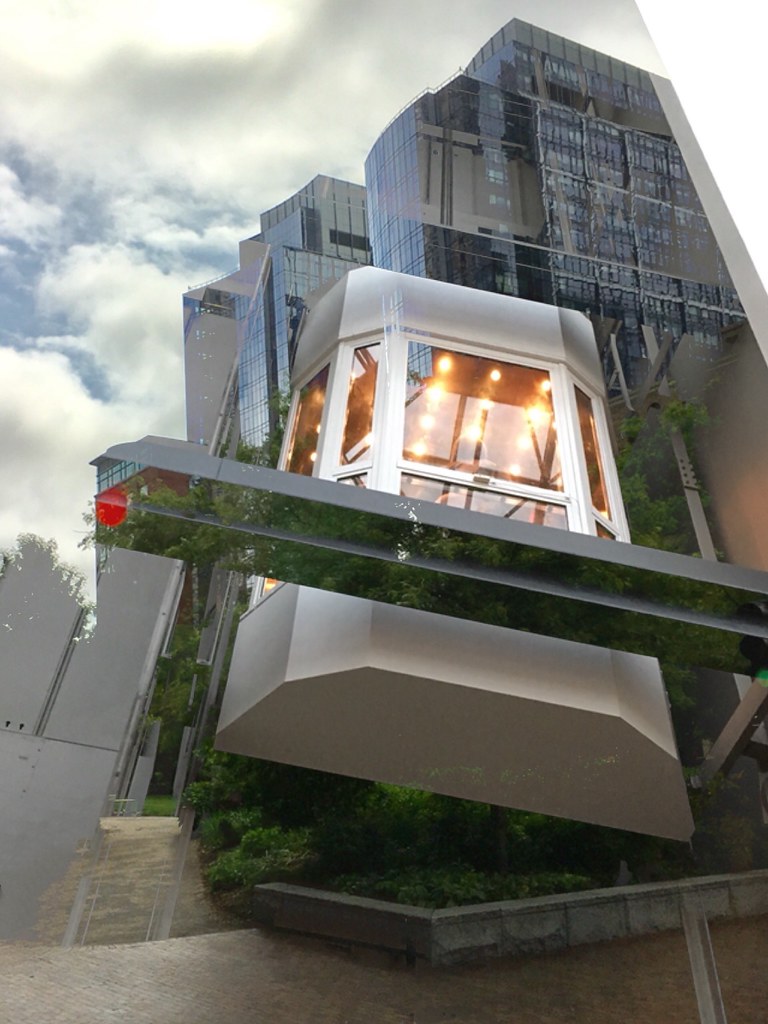 Apps used and backstory: This is a blended image of an elevator in a parking garage in a Seattle, Wa. shopping center and buildings in Boston, Mass. The two images were blended in the Diana App. and were cropped and finished in Snapseed. 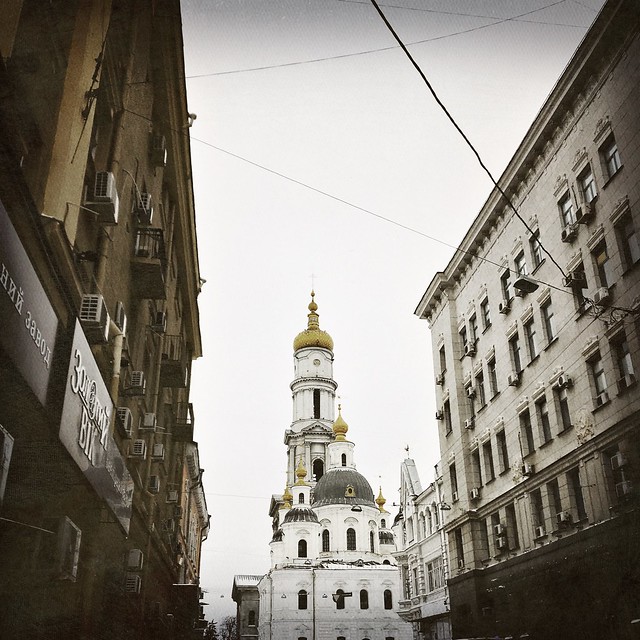 Apps used: The shot was taken with Camera+ iOS app on iPhone 7 Plus, and then edited in Hipstamatic, using “Libatique 73” lens, “A-Type Plate” film and “Triple Crown” flash.
Backstory: This place is located in the very center of Kharkiv City (Ukraine), and the lane you see on the picture leads to Assumption Cathedral. The cathedral is also used as Organ Hall, with an organ, that is a famous and a unique one. Concerts of organ music always occur here with constantly very big attendance. That day I walked nearby and thought I have to picture this remarkable and way ethereal place of my city, so here we go. 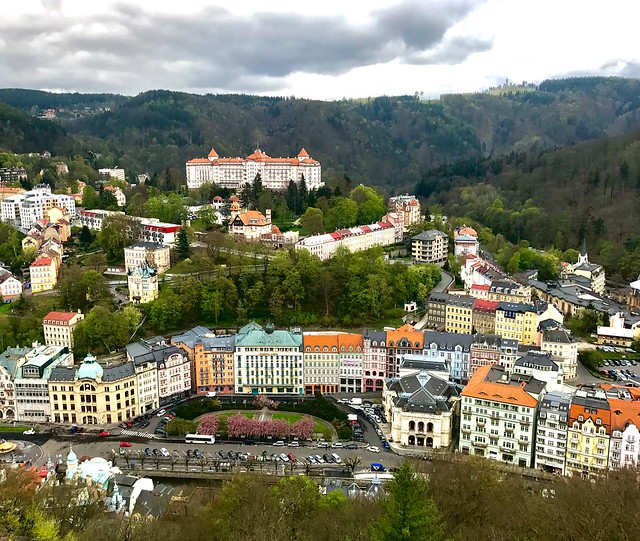 Apps used and backstory: I made it in the last year in Karlovy Vary (Czech Republic). When I climbed at the highest point of the nearest hills I saw this beautiful view. This picture was made by iPhone 7 Plus and iPhone app. 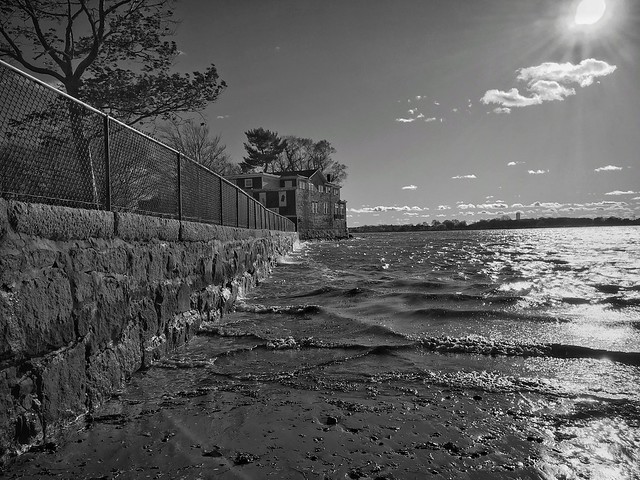 Apps used: Though I most often shoot with Camera+, this shot was taken in color using the Apple Camera app and later converted to black and white and adjusted in Snapseed. I usually like to shoot black and white using a B@W photo app, but since my favorite B&W app, Hueless, was never updated, I find myself having to convert a lot of images.
Backstory: The location is a park near my home that I visit several times a week when I am out walking. Formerly an estate in the early 1900s, the property was donated to the City of Beverly as a park after the owner decided to to float their large home by barge across the harbor to Marblehead, MA.The building in the shot is the former carriage house of that estate.
Even though I visit the location quite a bit, I try to see something new whenever I visit there. It was a more than usual windy day and I had gone down on the beach to photograph the choppy water against the seawall, while experimenting with the Apple Live Photo ‘long exposure’ effect. The long exposure thing didn’t work out, but the angle to sun was great and gave me some nice highlights on the water and the seawall. 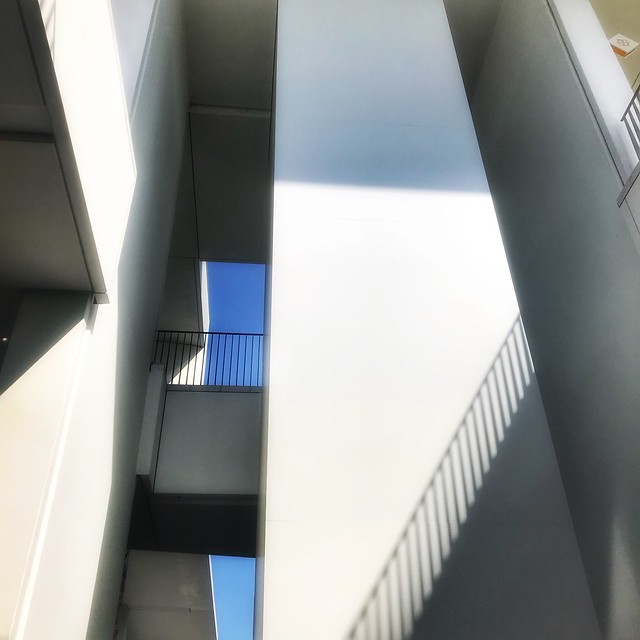 Apps used: I shot with the iPhone 7Plus default camera app and applied basic editing with Snapseed.
Backstory: I was in the Citylife shopping center in Milan, Italy designed by architect Zaha Hadid, for buying a small ipad adapter when I saw this part with an interesting light. With my iPhone always in my pocket it took literally a second to take the shot, as I was also in a hurry.