Karen Axelrad’s intriguing image “Anomaly” wins the feature spot this week. The multiple contrasts seen here are detailed in Karen’s excellent description below the image – well worth a read and evidence of just how much information can be contained in a single shot.

Just 8 photos this week due to some folks not providing descriptions. (Sorry, but we, at least, need those Apps used to make the group worthwhile). Thankfully, the rest of the talent is as strong as ever with images this week included from Susan Blase, Firery Broome, Sandra Becker, 2 images from borisbschulz2009 and Julia Nathanson.

If you would like to be considered the weekly gallery, join our iPC Flickr group by clicking here. 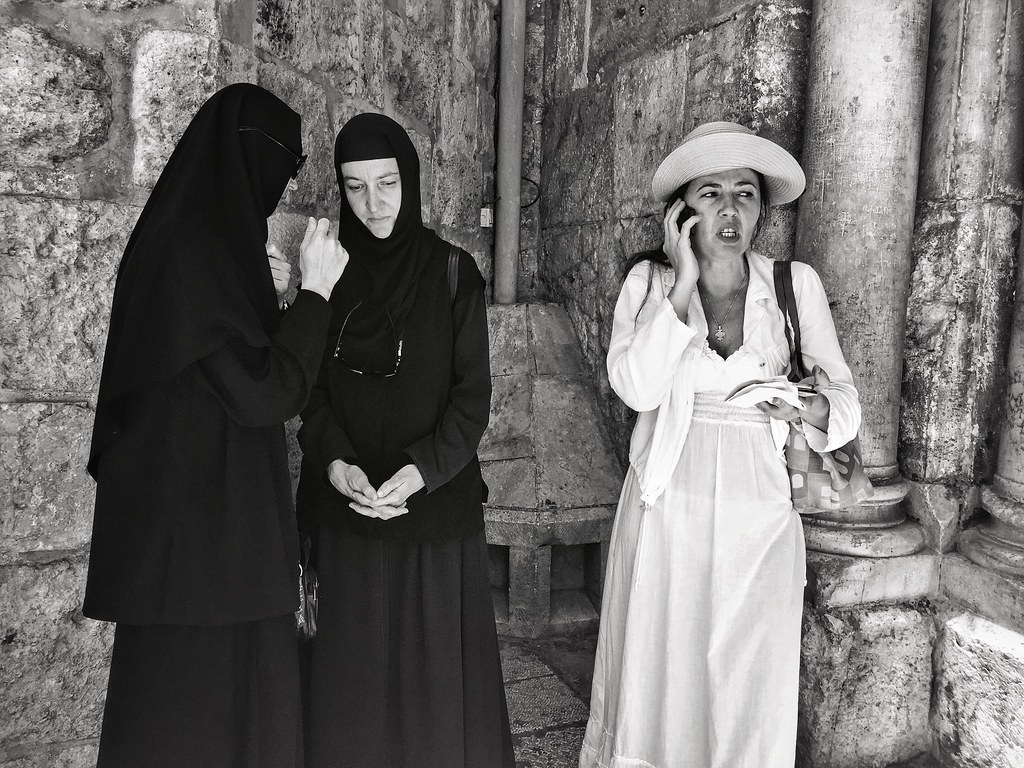 Apps used: Shot on iPhone 6 and processed in Snapseed.
Backstory: Anomaly I was exiting the Church of the Holy Sepulcher in Jerusalem when I saw these women. There are multiple contrasts in this photo: 1-between the serene expression of the nuns and the hectic expression of the woman in white 2- the black habits versus the white dress 3- traditional dress versus modern. The woman in white is dressed modestly in a long dress and long sleeves to enter the church, but the photo, especially when the highlights were lowered, reveal more. I felt this photo was ideal for a black and white conversion. I upped the contrast to emphasize the differences. The title came from a photo challenge I entered. 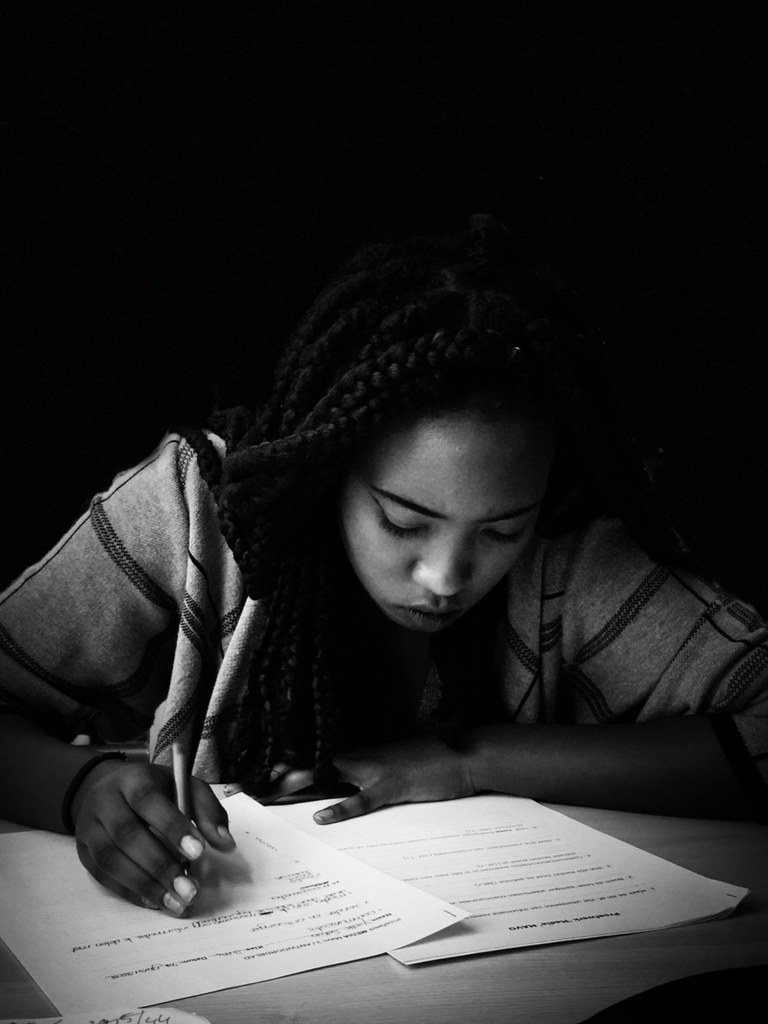 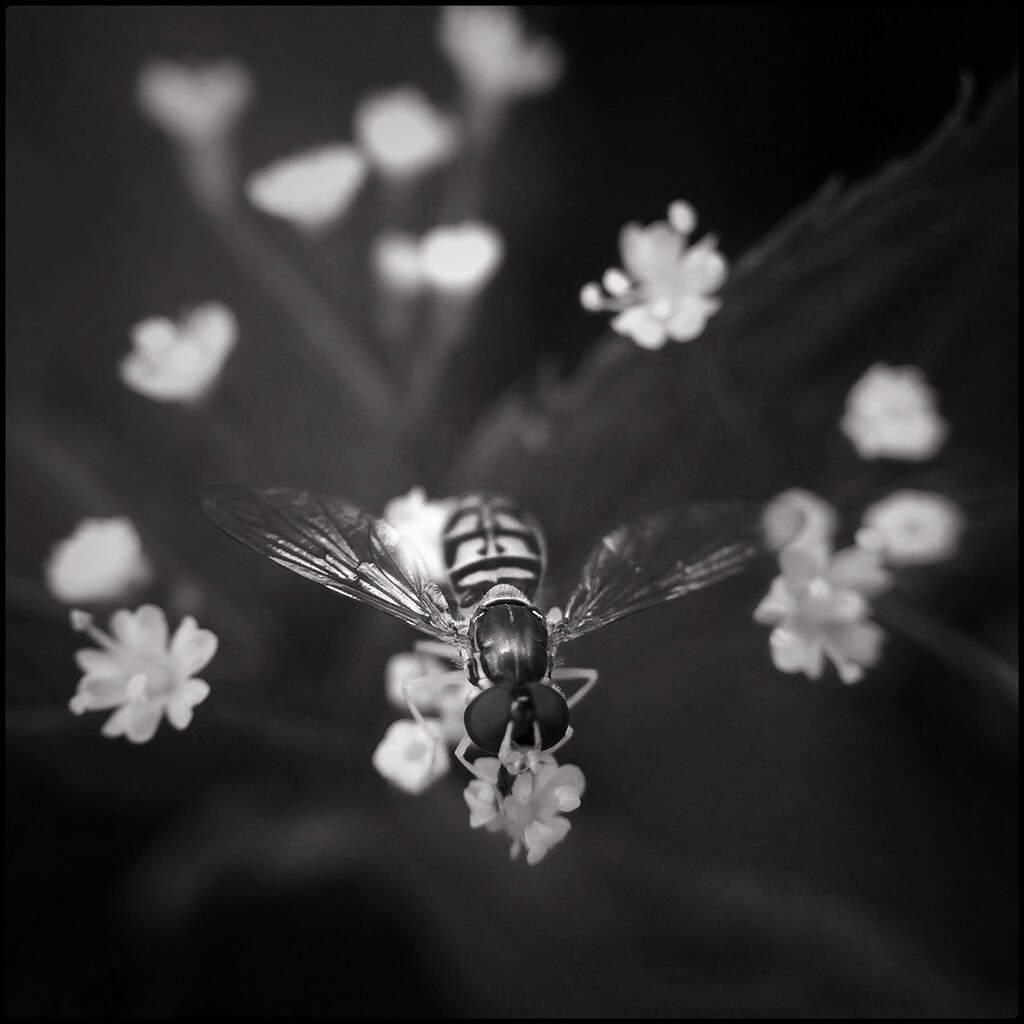 Apps used: Captured with iPhone and Olloclip Macro Lens. Edited on the iPad first in Snapseed then into Fotograf for black and white editing.
Backstory: Small Hover Fly in my weedy Day Lilly patch. I don’t know what the what the little white blooms are. They don’t look like much but white dots until you point a macro lens at them. They are weeds, but I don’t mind them. They grow very tall and spindly with the white blooms at their ends. The Bees, Lightening Bugs and other insects really like them so they stay. 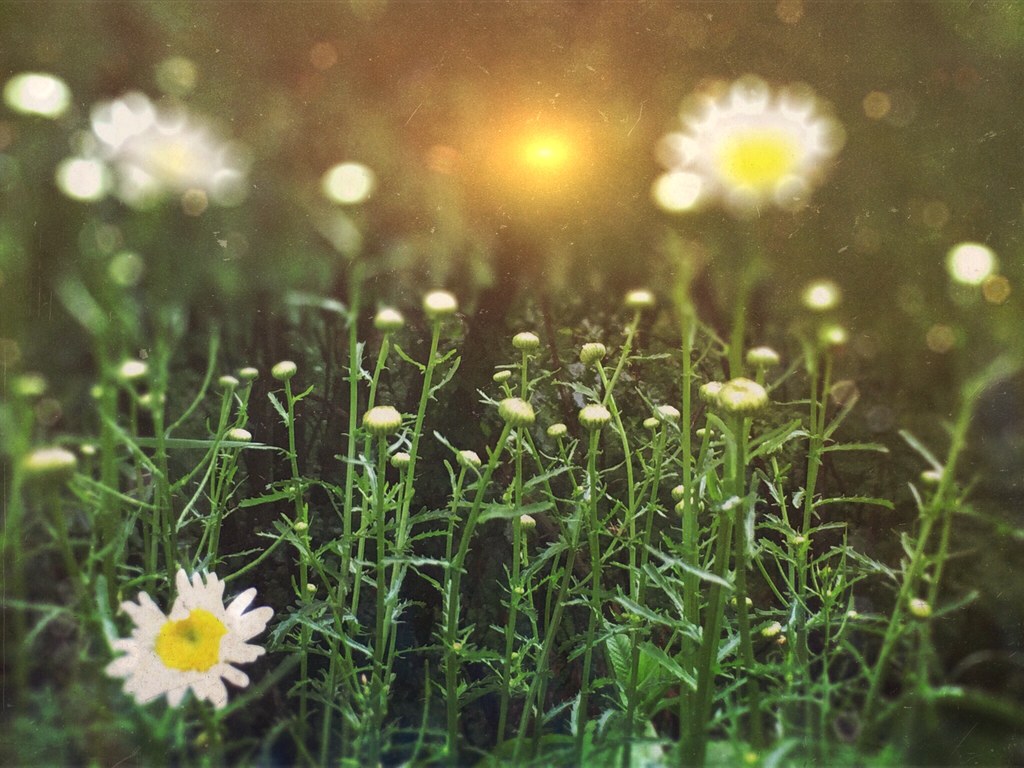 Apps used: Tadaa and Mextures
Backstory: This photo was taken on my property, in summer there is literally a sea of these blooms and they signify summer and “home” to me. I played with the focus a bit in Tadaa and then a few vintage looking overlays in Mextures. A rather simple process. I named it as I did for the retro TV show “the Magic Garden” (not sure if it was a only Northeastern United States thing), I vaguely recall watching the reruns as a little girl. If you google it, you might get a clue why some of my work looks as it does 😉 The flowers reminded me of my favorite part of the set, that they pulled awful jokes out of. Now the ending song is stuck in my head, lol. 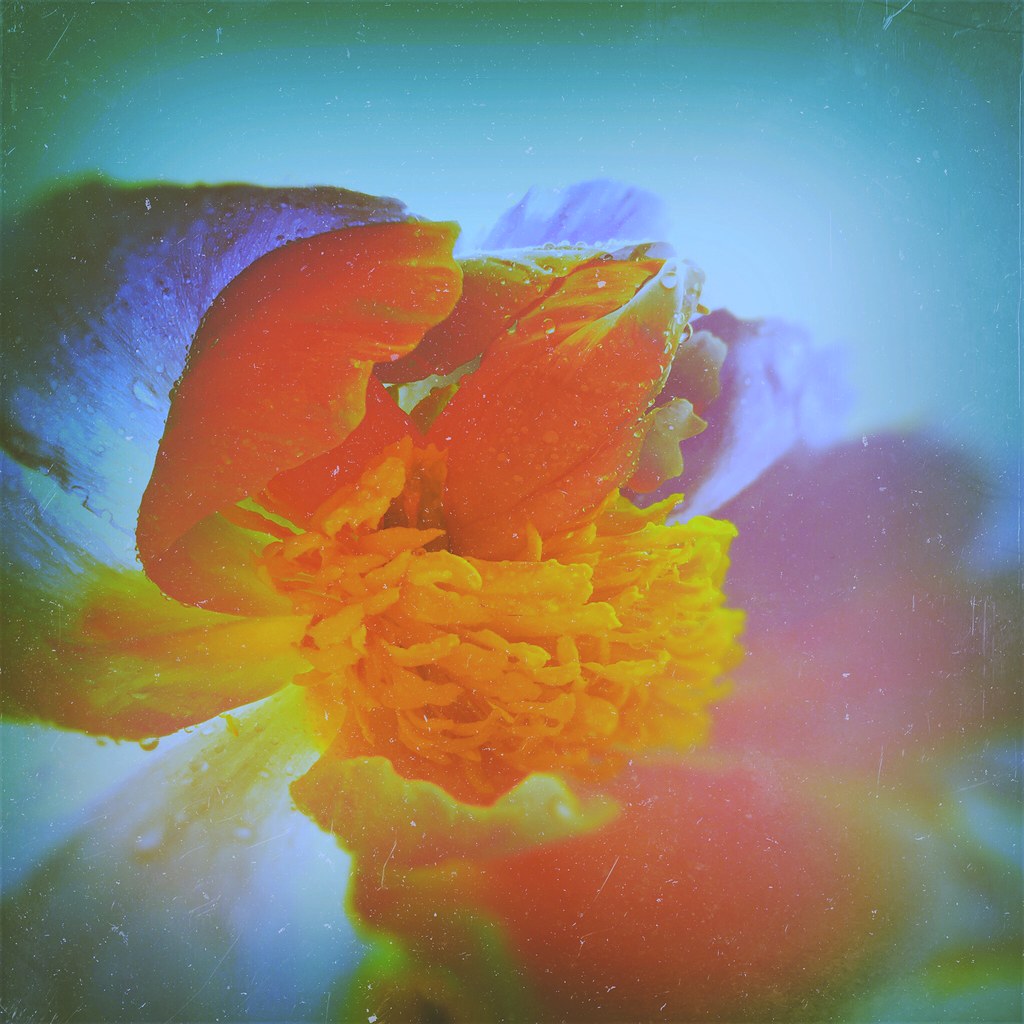 Apps used: Tadaa, Mextures and PicsArt
Backstory: This is something I try to snap every year. I have several varieties of Peonies and the blooms are just huge and so pretty. Since I do take them each spring, this time I tried to go a bit out of the box. In Tadaa I got this vivid tone and slightly blurred the edges out. I used Mextures to add some grit and grain and then PicsArt to even further push the hues. I think my title for this is pretty boring but this is certainly one of my more adventurous flower edits as of lately. 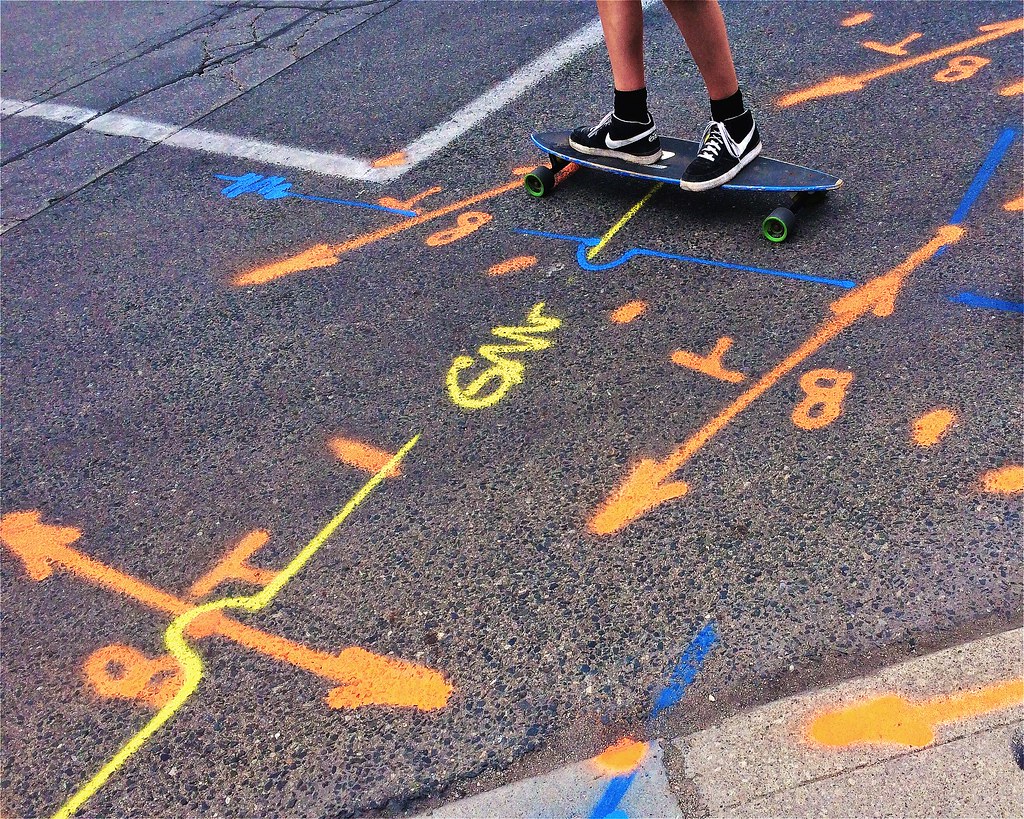 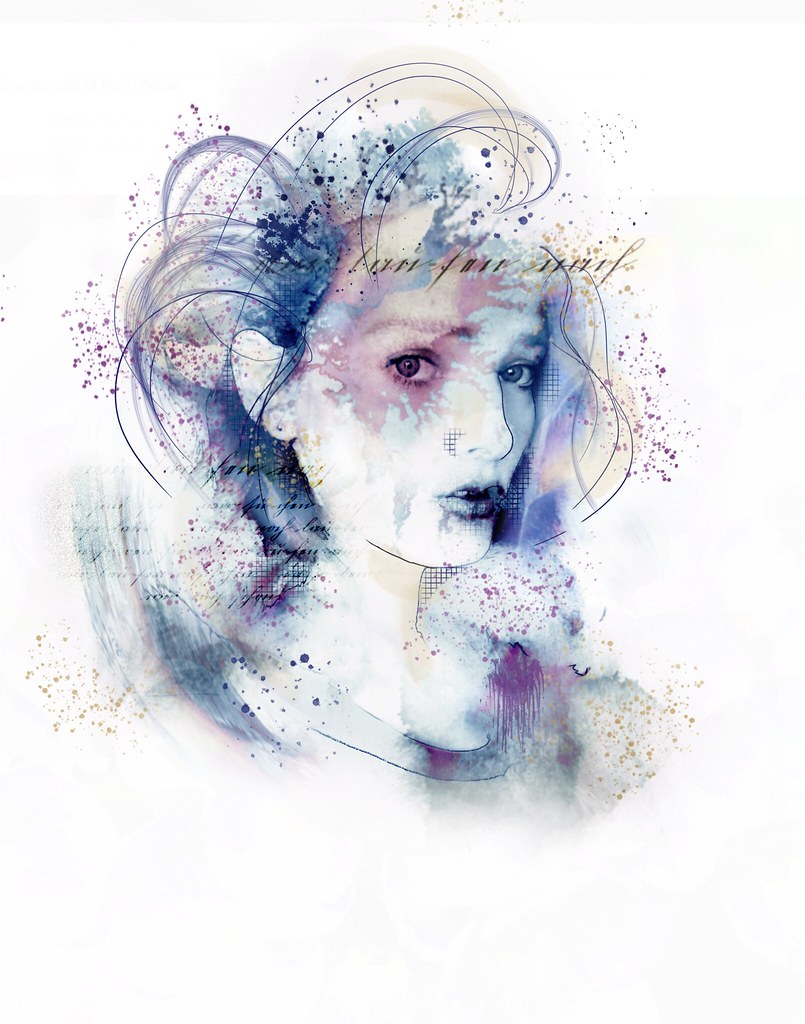 Apps used: Parts of 2 ProCamera photos manipulated as one persona then drawn & painted in Procreate & iColorama.
Backstory: I wanted to digitally express character by making use of a pen & ink watercolor like effect that I could control instead of just putting the photo through an app assigned to create these effects automately. Thus most of this has been drawn & painted in Procreate & iColorama through experimentation & direct method. The lettering was added for further consternation & compositional reasons. The work was done more in the vein of illustration than fine art thus the name. The freedom to be able to freely move along this spectrum of wanting to say something (fine art) and wanting to be heard (commercial art) is liberating for me as I’ve mostly traversed the world of fine art in my watercolor & oil painting world. 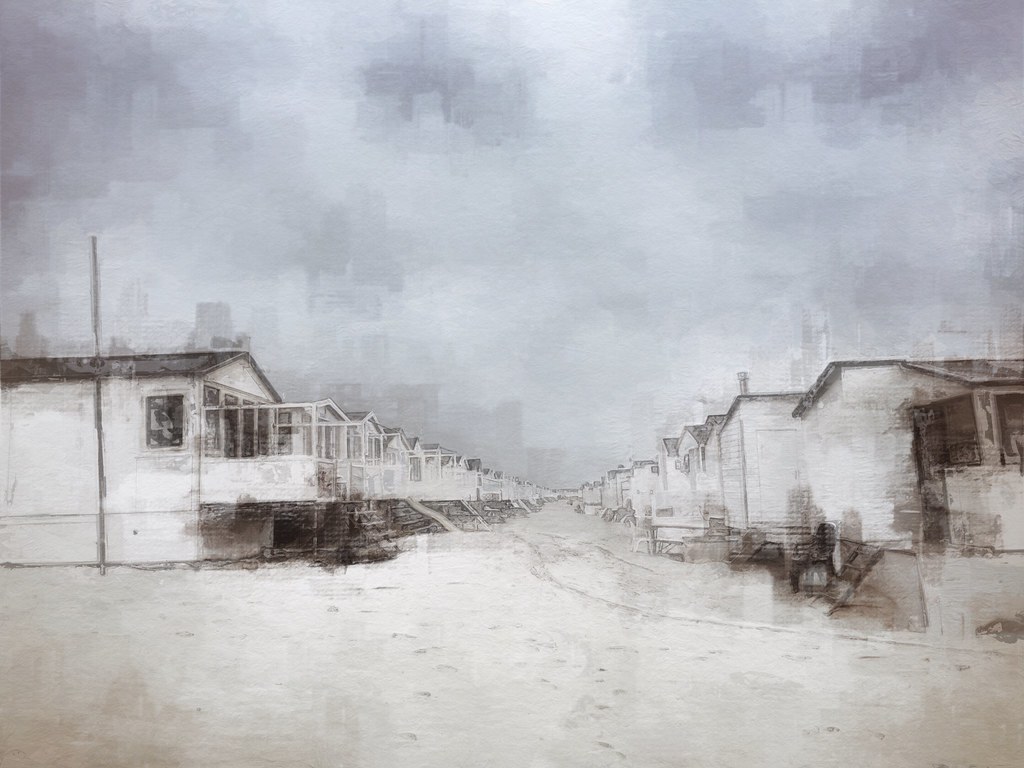