This week’s Apps Uncovered presents a selection of what I found to be the most interesting images for the week in our Flickr group, across a wide range of styles and subjects. I’m pleased to see that a number of the names are fairly new to the group, and to the weekly selections.

This week’s lead artwork is •in the cornfield• by Julia Nathanson, in which the artist again places her daughter in an intersting scene that, as is often the case, suggests a complex story, or a perilous situation. This shot is no exception – you find yourself saying, “No, wait, turn around, he’s behind you!”

If you’d like to have your images in the running for selection to our weekly Apps Uncovered feature, be sure to list the apps you used to create your image when you upload it to the iPhoneographyCentral Flickr group. (And as an added bonus to other members who would love to learn from your successes, consider adding the “Backstory” describing the creative process that led you to capture and process the image as you did.) 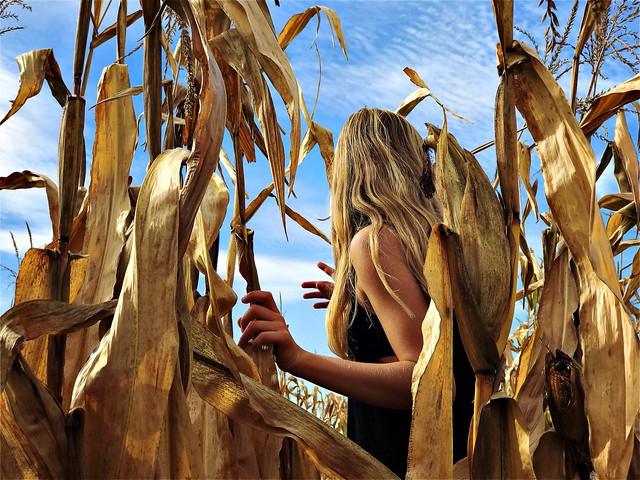 •in the cornfield• by Julia Nathanson

Apps used and backstory: My daughter in a cornfield outside Toronto. Shot with native iPhone camera. Edited with Hipstamatic. 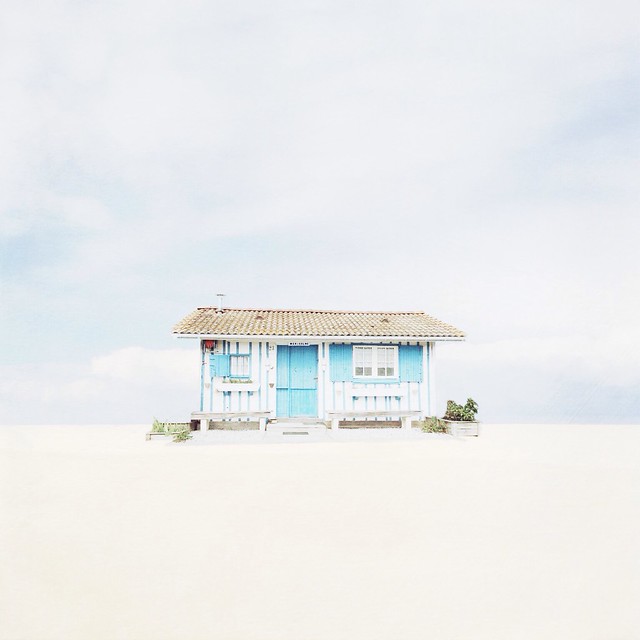 Apps used: For this image I used union, snapseed, icolorama, stackables app
Backstory: My dream is to live in a perch hut. I’ve decided to create mine on a dune 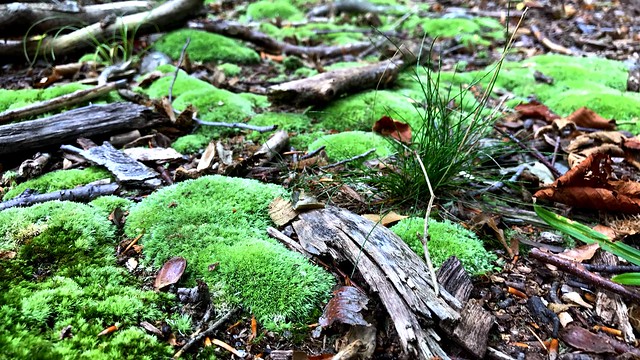 Seminary of the Immaculate Conception XXI by Joe Lin

Apps used: Pro Cam, Flickr
Backstory: We were hiking in the wooded area near the Seminary of the Immaculate Conception on this cloudy, drizzling day in September. We came across this small patch of moss that seemed to cover the ground like a patchwork of carpeting. During the hike we would come across splashes of color that really stood out. The green of the moss was a stark contrast to the browns of the floor of the woods. In the photograph, I really wanted to capture the carpet-like texture and the intermingling of the browns with the green of the moss. 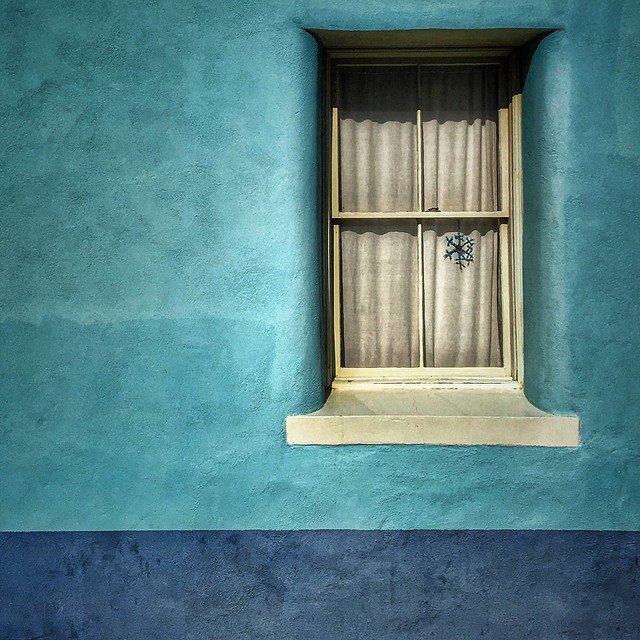 Apps used: Taken with an iPhone6s, (native camera), edited with snapseed.
Backstory: On the edge of Tucson’s downtown is the El Presidio district, which dates back to this desert city’s 18th-century founding. The adobe streetscape is always picturesque, with cacti and rustic, boldly colored minimalism. On a morning walk, this particular house’s two-toned blue walls caught my eye. The unexpected snowflake—blue, too—is what made me take this shot; the bit of whimsy still seems to belong, somehow, with the southern Arizona sense-of-place.

Apps used: snapseed and hipstamatic
Backstory: I shoot many stridebys lately. And I’m drawn to this special section Willamsburg in Brooklyn which is the Hasidic community. I find their dress style most interesting ! 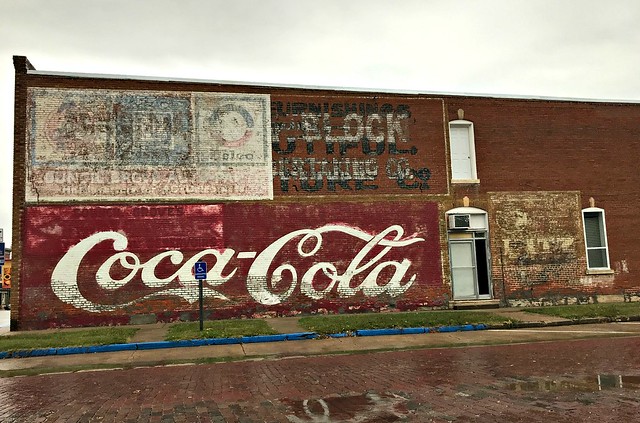 Ghosts in the Rain by Pam Morris

Apps used: I just used the iphone7+ and used picmonkey and that’s it.
Backstory: I happened to be driving through Council Grove last Sunday and the rain was ending and I saw this sign. Loved it and shot it. I cropped the image a bit, but that’s it. 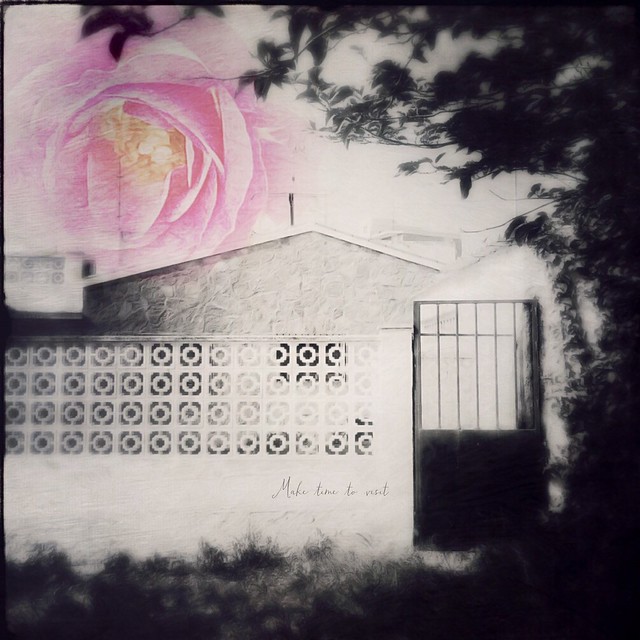 Apps used: Snapseed, Formulas, Image Blender, iColorama and Over
Backstory: Backstory: I love to go for morning walks when I visit Spain. I usually go by myself, so I can use all my senses and not talk. When I see something that catches my eye, I immediately start to make stories in my mind. I imagined there was a secret garden behind this beautiful decorated wall. The door was originally red; very inviting. In my editing I found the geometrical shapes of this house and wall, to be more interesting, so I converted it to black and white. The organic shape of this rose, that was later blended in, was shot nearby the same house. To me they became a visual story, weaved together with the words ’Make time to visit’. 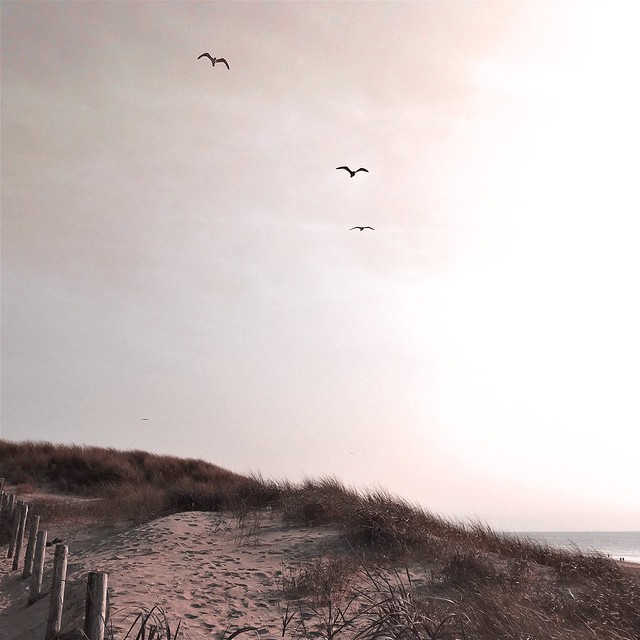 B i r d s by Jenneke Tesselaar

Apps used: Hipstamatic + some minor adjustments in the editing suite
Backstory: The sea is really one of my favourite places to be and I’ve made this photo after spending a beautiful afternoon at the beach in late August this year.
I noticed the seagulls flying in my direction and took the shot. 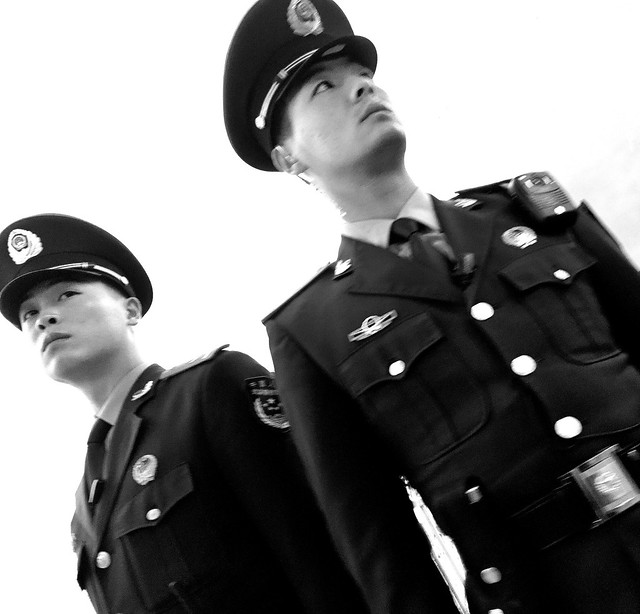 Phone and Apps: iPhone 8 Plus + ProCamera (shooting) + Snapseed (post-processing). Post-processing was done with Snapseed for dodging and burning, cropping, and rendering it monochrome.
Backstory: Every time a major political conference takes place in Beijing, you’ll see military police posted everywhere in the city making sure that everything is in order so that the conference can proceed without surprises. The curfew was carried out in the second half of October covering the duration of the 19th National Deputy Conference.

These military policemen were selected for their good looks and well-trained skills in martial arts. I took a candid portrait of this couple while walking past them, with focus and exposure locked in advance, holding my phone at a tilted angle at waist level without looking at the screen. I was lucky to have both in the frame.