This week’s Apps Uncovered explores images that work as pairs – likely or unlikely. As I was selecting this week’s images, I was struck with how many images seemed to make good companions, or complements, to other images, and thought that would be an interesting theme. Pairing two images lends both images an additional layer of meaning and context. Sometimes that meant selecting two like images by the same artist (such as those by Lynette Jackson, a contributor to our book), or Başak Aytek’s evocative image of two children selling “simit,” a Turkish street food, followed immediately (logically, as I’d like to believe) by the pairing with Shel Serkin’s mysteriously intense boy and girl on the subway, caught a moment before the train sped away. Not unlike something out of The Shining (Stanley Kubrick / Stephen King) or Legend of Hill House by Shirley Jackson. 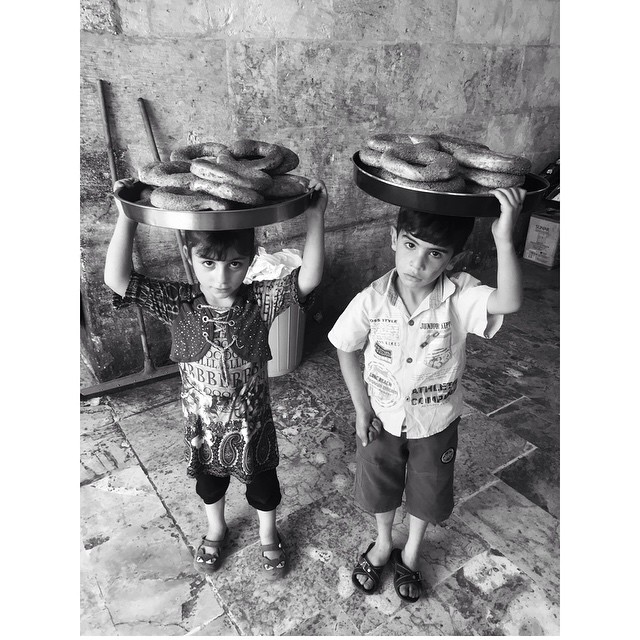 Backstory: This photo was taken in Şanlıurfa, a city located at south-east part of Turkey. These children were selling “simit”, a Turkish street food, carrying trays on their heads. They most probably go to school in the afternoons after making some money in the mornings. I followed them and took several photos. This is the moment they noticed me and stopped. 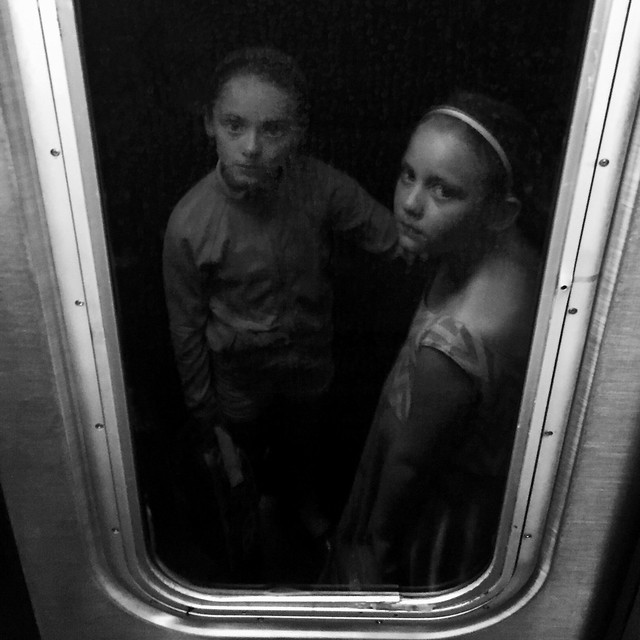 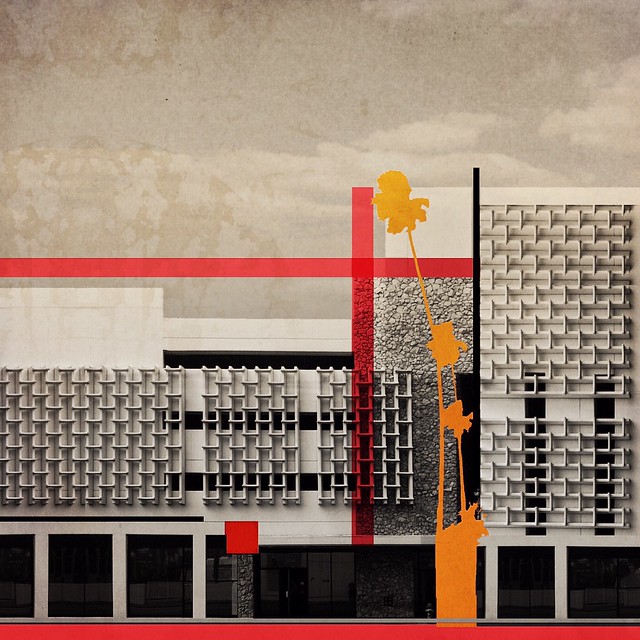 Backstory: Recently I have been looking at old photos for inspiration. This shot was made in “Old” Las Vegas or downtown Las Vegas. I was intrigued by the repetitive patterns. 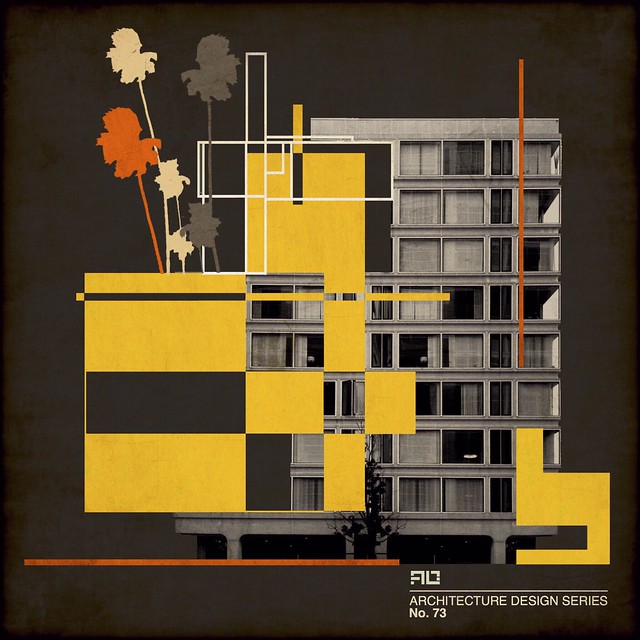 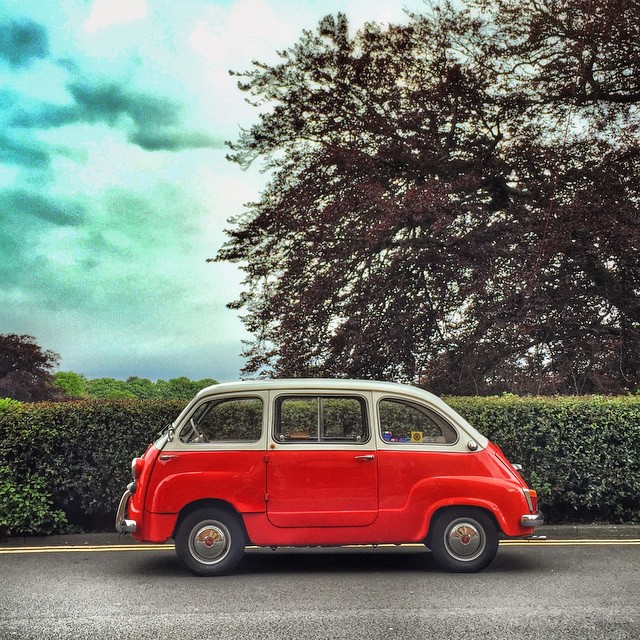 Apps used: I snapped it with an iPhone 6 using Camera+ which I like for the control it gives in focus and exposure. I then adjusted Ambiance, Saturation, Contrast and added HD effects using Snapseed. 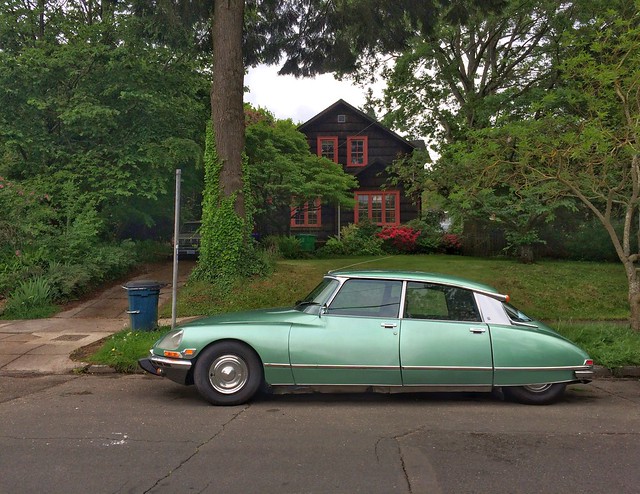 Backstory: I took this with my iphone 5s on a foggy grey day which made all the colors of this scene pop out at me. Portland is known for having a lot of natural greenery and seeing the green car in this setting seemed like an omen to me. I am so in love with old cars, especially old French cars, there was no doubt in my mind that I had to capture this scene. I did some minor adjustments in the new Snapseed — which I am still getting used to (!!!) …. I wanted to make the reds in the back pop more and also adjusted the contrast lightly on the old Citroen so it would glow like a magic lantern. 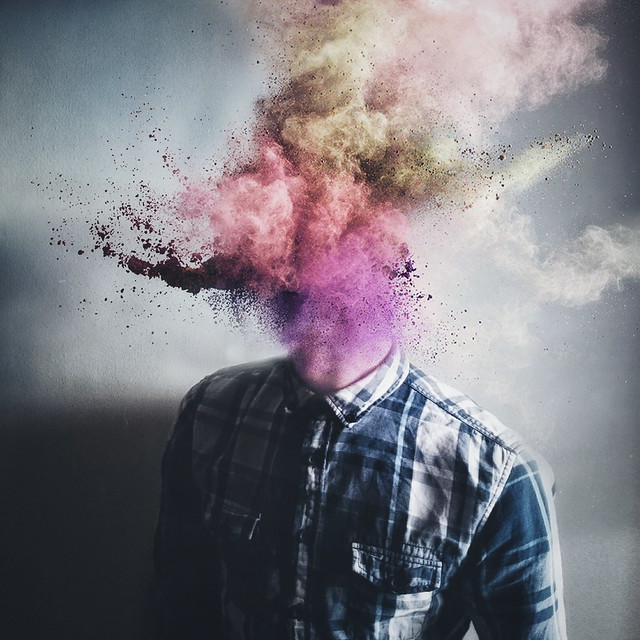 Backstory: See it here, along with the process used to create the image – https://www.youtube.com/watch?v=0oRqUHWhfuI&feature=youtu.be

Me by Jerzy Jachym

Apps used: Pictures made the iPhone 5S. I used the application for editing Union, Snapseed and Stackables (on the iPad).

Backstory: The work is a compilation of three photographs: self-portrait, balloons and shadows.

Tranquility rests amongst the willing by Angie Lambert

Backstory: After opening the front door, to allow natural light to enter, I situated the tripod for the shot. I gathered my daughter’s gardening hat and sat in the hallway.

I used the iPhone camera with a BlueTooth remote initially to take this self portrait. I then used Snapseed to convert it to black and white and then ‘Photocopier’ and it’s ‘Photo’ option to give it some texture, highlighting, and a soft vignetting. I also used ‘Mextures’ with the ‘Emulsion’ option to add to the vintage look. I may have used other apps such as PicFx, but I didn’t keep track at the time.

Backstory: “Well, there is time left — fields everywhere invite you into them. And who will care, who will chide you if you wander away from wherever you are, to look for your soul?” Mary Oliver.

This photo is part of a series honoring my mom (who passed a year and a half ago). I am wearing her vintage coat from the 50s and it is during that time in her life that she was an avid photographer (along with my father who has also passed). They were both outdoor enthusiasts and instilled a love of nature within their children.

It is times when I am in solitude in nature taking photos that I can feel their presence most profoundly. Also, when I am in places with sweeping landscapes and big skies I often feel an inner peace and connection to something larger than myself where I can feel most connected to my soul.

It has been quite a journey taking this series and quite comical at times. Setting up the mini 6” high tripod and trying to balance it on uneven terrain, or here, on the sloped hood of my car was quite a challenge in itself. It was difficult in the bright outdoor light to even see in the viewfinder what I was aiming at or whether the horizon was straight. There was a strong wind at the time to add to the comedy – the iPhone on the mini tripod catching the wind like a sail. Then, trying to figure out where to place myself in the landscape to even be within the frame of the photo was the next challenge. After several trials (and many, many more errors), I hoped that at the end of the day, I would get one photo worth keeping from the adventure. 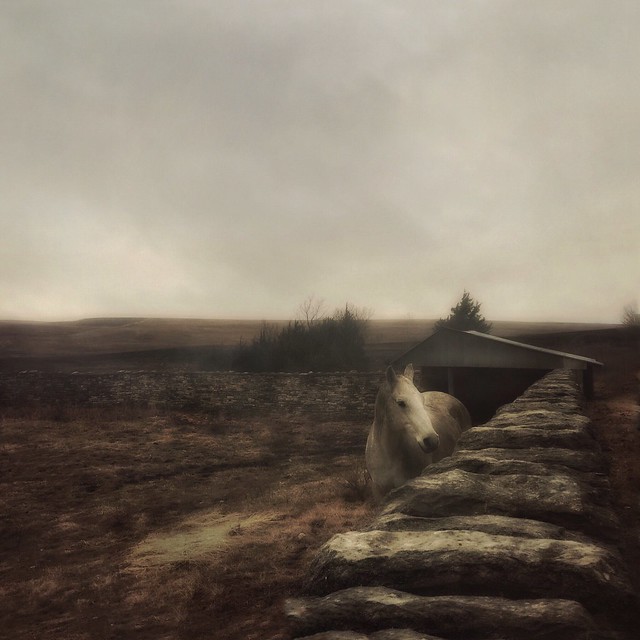 Apps used: Snapseed , Handy Photo and iColorama. In Snapseed I made all of the major adjustments to get the Wyeth-esque tone. With Handy Photo I removed some objects I didn’t want. The stone wall in the back needed to be straightened a bit , so I used the warp feature in iColorama.

Backstory: This is the Springs Hill Ranch. It’s part of the National Tallgrass Preserve in Chase County , Kansas. It is the last of an Andrew Wyeth inspired series taken there last December. 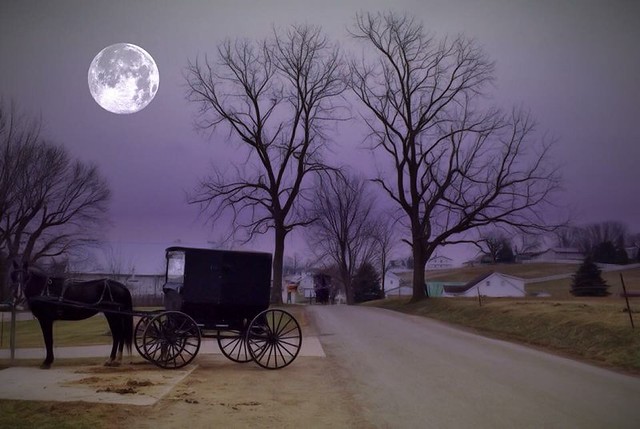 Apps used: I shot this using the “Procamera8” app. Focusing on the closest horse & buggy, I took quite a few as I always do to insure a nice clear shot. I started in “Snapseed” using “Details” option for sharpening/structure, and adjusted to my liking. (30% sharpen, 10% structure). Then (in Snapseed) I used the “Tune Image” option. “Ambiance 45%, Brightness -15%. Next I brought the photo into “iColorama” and started with “Style option, choosing (Coherence) effect 100%”. Then used “Effects option, choosing (Blend effect), and blended the photos to 55%. Saved. Next I used “PhotoFX” for the filter. I chose the “Grape” filter at 100%. Saved. Next, I used the “Alien Sky” app for Moon effect. Adjusting the opacity to my liking. Used a second effect for the reflection of the moon on the windshield of the buggy. Using “Moon” effect, adjusted the opacity, and also masked (erased) the edges to fit the windshield.

Backstory: This photo was taken just before Christmas 2014. My fiancé’ and I were heading down to Millersburg, Oh. To pick up our boys puppy for Christmas. Millersburg has a fair amount of Amish/Menonite folk, and it’s all country land. I knew the landscapes, and scenery we’re going to be outstanding. We were driving up an old country road when I pulled over to snap this shot!