This week’s Apps Uncovered is all about the surreal – “surrealities” that artists create to express their vision of reality as they “see” it or as they idealize it. From almost the moment I began the selections for this week, the theme naturally fell out of the images I was drawn to. Contributors include Pamela Hochschartner Viola, Roger Guetta, Mariko Klug, Damian De Souza, shinnya umetsu, Paul Moore, Elsa Brenner, Tomaso Belloni, Bobbi McMurry, Kathy Clay and Erika Brothers.

The first image by Pamela Hochschartner Viola conveys a sense of whimsy and is a bit eerie even as you find yourself smiling. I couldn’t resist selecting two of Paul Moore’s images, both of which have the same mysterious mood that creates a sense of the surreal more from the scene rather than the setting itself. We round out this week’s collection with a beautiful, fairytale-like forest scene from Mariko Klug, a bizarre quasi-self-portrait from the master of self-abuse, Damian De Souza, a scene bursting with color from Tomaso Belloni, a dreamy, exotic portrait from Roger Guetta, an eerie forest from Elsa Brenner, a new take on “losing yourself” from shinnya umetsu, a troubling self-portrait from Bobbi McMurry, a capture of an art gallery exhibit by Kathy Clay, a magical expression of the angelic from Erika Brothers and a frightening nightmare for a young boy caught in the grip of time.

Backstory: Bits and pieces photographed all over the place. Usually I shoot with ProCamera on an iPhone 5s. This image is a continuation of a series with the bunny as my lead character.

Generally I begin with a blank canvas, usually a neutral colored textured background. I open that in Leonardo and then begin bringing in pieces of things. The bunny’s head is from a carousel in NYC The bucket and stairs with luminarias are from my recent trip to Mexico and the window in the background is from Santa Fe.

Once I get most of the composition in place, I take the image into a program like Mextures or Stackables and play around with more colors and textures.

For this image I then went into procreate to create the spiral design on the wall and added a little extra pink to the bunny’s ears.

My last step is almost always in Snapseed to finalize brightness, contrast and saturation. 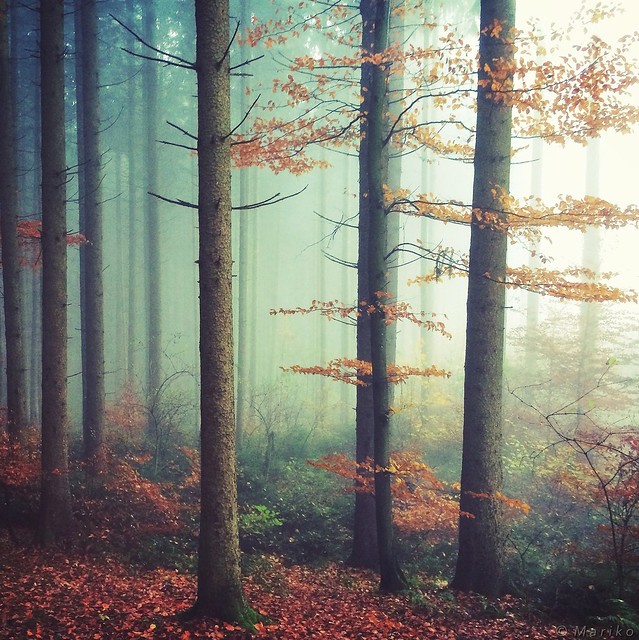 Backstory: This is another shot from my recent hike to a nearby forest. I like to take pictures on the edge of forests on foggy days. The more abundant light intensifies the fog’s effect. The fog seemed to be glowing…

Picture was taken with Camera+. I cropped the image with Camera+, added a bit of the Nostalgia and XPRO C-41 filters. Finally, with PhotoToaster I reduced warmth to achieve the bluish tone and increased the brightness. 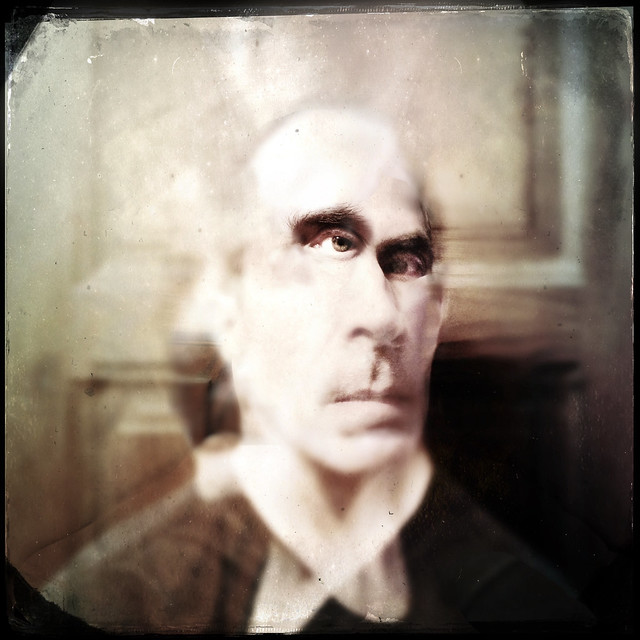 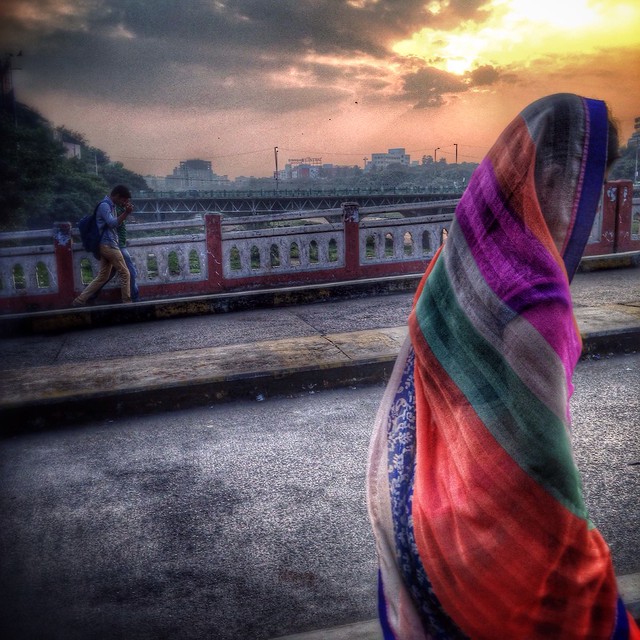 Instants that come from inside by Tomaso Belloni

Backstory: I am visiting India for work and went around the city of Pune with a local friend to hunt for photos. It was late afternoon and rhe sun was low on thr horizon, providing an ideal setting. This is a bridge whose traffic is limited to motorcycles and as we were walking the first sloping part I noticed this woman approaching us from behind. I had my phone out just in time and had the chance of only one shot. The composition of the background is intentional, the woman being at the right edge, the two guys in the background and the miraculous absence of motorcycle traffic on that busy bridge are not. To me this image suggests the melancholy of someone or something leaving, which I tried to enhance with my editing.

Work in progress: Self Reproach by Bobbi McMurry

Backstory: This piece is part of a new series I’m working on in an effort to “loosen up”. I love drawing and have a tendency to get very tight, I do love the intricacies it creates. Every now and then I make a conscious effort to step back. 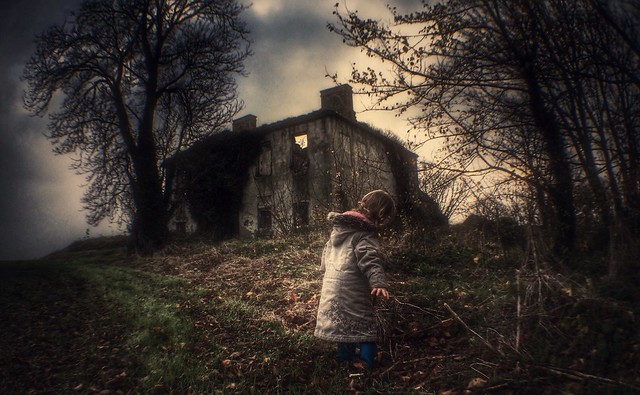 Backstory: I took this photo on the way back from taking the shot at the lake. This is an old farmhouse that is now derelict. I had spotted it before during the summer but it was partially obscured by the leaves on the surrounding trees. Now at the start of winter, with the leaves gone from the trees, the house stood out a lot more. The bare trees and dark clouds gave it a more ominous feeling. My daughter was with me so I got her to walk ahead of me to get a few shots to add a sense of scale to the scene. I processed it using PhotoFX, Tadaa and PhotoToaster to try and enhance the difference between the darkness and light. It is quite a gloomy shot overall but hints of light focus the eye. 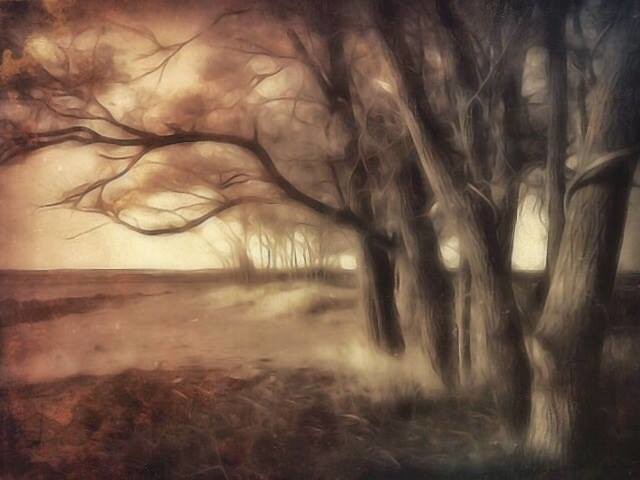 Backstory: These trees are in the Edith Read Wildlife Sanctuary in Rye, NY, next to the Long Island Sound. I visit there quite often; it’s beautiful in a very untouched, natural way. I used the native camera on my iPhone 5s to capture this image.

For editing I started in Snapseed to crop and level it, and adjust saturation, ambience and contrast. Next I moved to iColorama’s style section where I used Tensor’s 1/2 preset, the amount at a relatively low level, and opacity at the halfway mark (maybe a little higher) to avoid too much distortion. Next I took the image into Stackables, moving it to Formulas, but going right away to the middle formula bottle with the star on it and — if I remember correctly — choosing either Earthly Matter or Happiness. Then I used the tool icon in Stackables so I could lighten the tree tops and add some warmer tones.

After that I used the Heal Tool in the Adjustment section of Pixlr Express to remove a stick in the middle of the lower section of the image. I also played with blurring it and blending that with the original image. 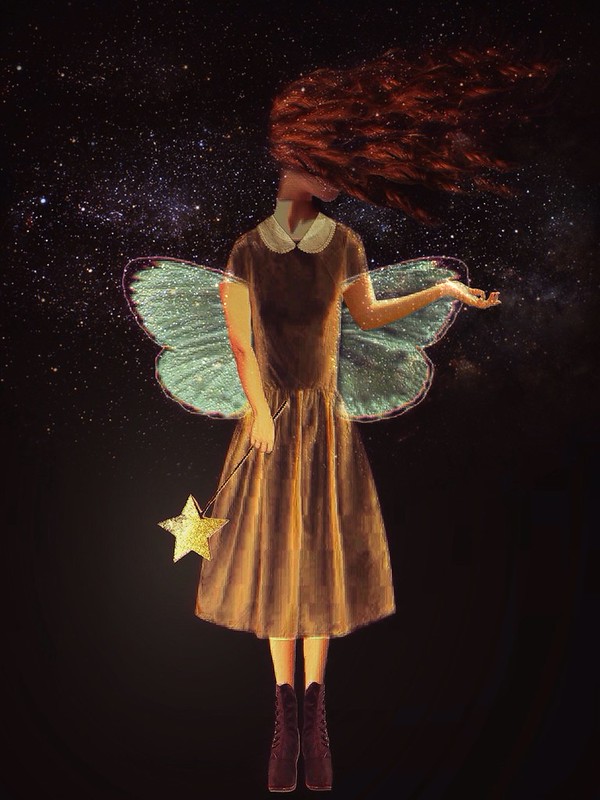 Backstory: I love creating surreal characters that invite you to dream and carry your mind to an imaginary place. Giving small elements that underline the character creating a little story to the viewer.

For this image I started work with Superimpose on a black background and I gradually giving life to my Fairy by a collage, then used Alien Sky to create the stars, lastly with the same App I did the contrasts and filters of the image. 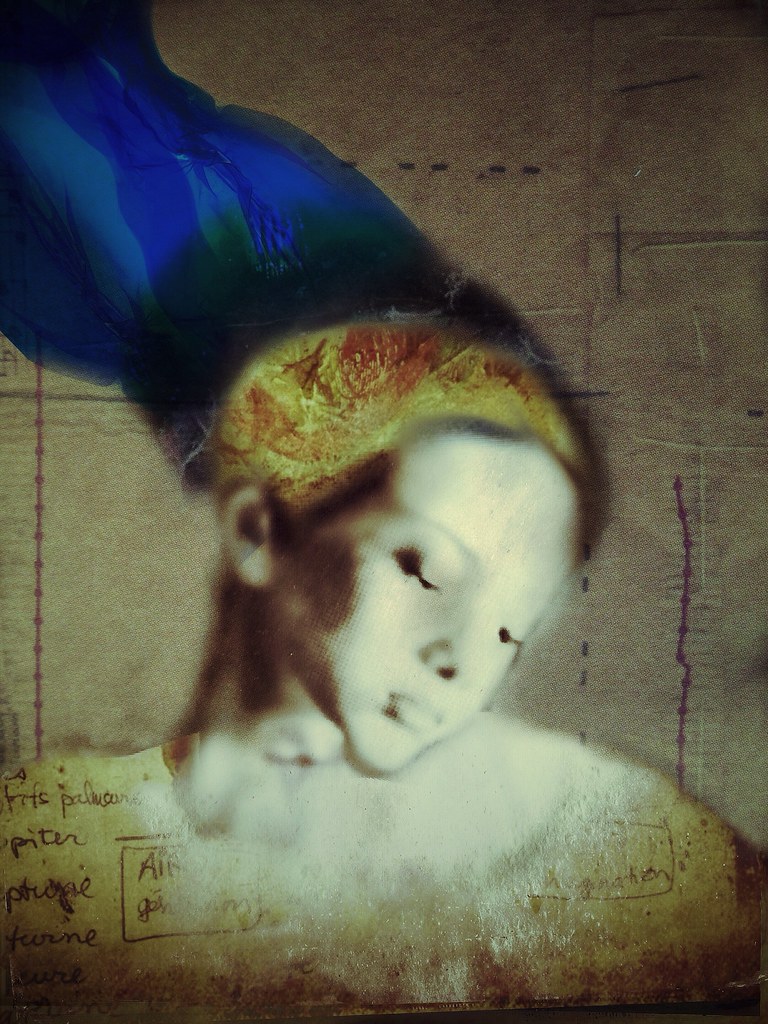 The Lady in Waiting by Roger Guetta

Apps used: Captured with the TinType app and edited with Image Blender, Snapseed and RePix

Backstory: This piece is a blending of portions of existing photographs from my Camera Roll.I wanted to create an other worldly image but still rooted in a period of art history. My preoccupation was the headdress. The process begins in RePix where I isolate parts of images using the ‘eraser’ and ‘undoer’ functions.I then save them and blend them in carefully in ImageBlender.

An interesting side note is that I recently purchased a light box and some coloured acetate sheets.I held a blue sheet over my stovetop element and as the acetate softened, I twisted it until I removed it from the heat and it rehardened.

I then placed it on the light box, photographed it and fit it to the top of the headdress using ImageBlender. I like the final translucent effect.

Go with the flow… by Rob DePaolo

Backstory: I have been expanding my composite work lately and have also been looking to do more time-themed images. The idea of having my youngest son hanging off of one of the hands of a clock literally just popped into my head while working another image. It required a couple of attempts to shoot the two elements that would comprise this composition, but once I had them, the editing process was fairly straightforward.

I first opened each image in Filterstorm Neue to make a few basic adjustments to the contrast and curve levels so that the lighting in each image matched as closely as possible. I then put the two images together by bringing them into Superimpose and masking out the foreground image of my son over the background image of the clock. I then applied a drop shadow and saved the image to my cameral roll. Finally, I opened the new composited image in Filterstorm Neue again, converted it to black and white and applied a very subtle, 5% opacity blur to the edges of the foreground image of my son to help smoothen the edges just a bit. A few more minor level adjustments were made before the final addition of a vignette. That’s it! It took a bit of time to carefully mask the foreground image, but the overall process was fairly straightforward. 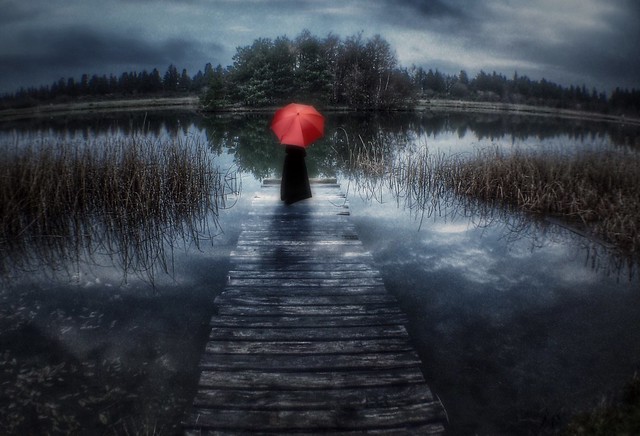 Down By The Lake by Paul Moore

Backstory: This image was taken at a nature reserve near my home town. The focal point of this nature is a series of man made lakes that were put in place a few years ago. The area is starting to mature now. It is a very peaceful and serene location well away from the madness of the modern world. The first lake has an island and a number of jetties around it’s edge for fishing. I just liked the way this jetty split the reeds and leads your eye towards the island. The original shot was a bit bare and lacked focus so I added the woman with the umbrella from an old photo using Juxtaposer. This immediately lifted the photo and gave it a slightly surreal feeling. I processed the photo using Tadaa and Snapseed to make it look more like a night time scene. The original was shot early in the afternoon. Backstory: The photo was taken at the Art Gallery of Ontario of an art installation by David Altmejd. The image was basically my experimentation of different tones and textures. 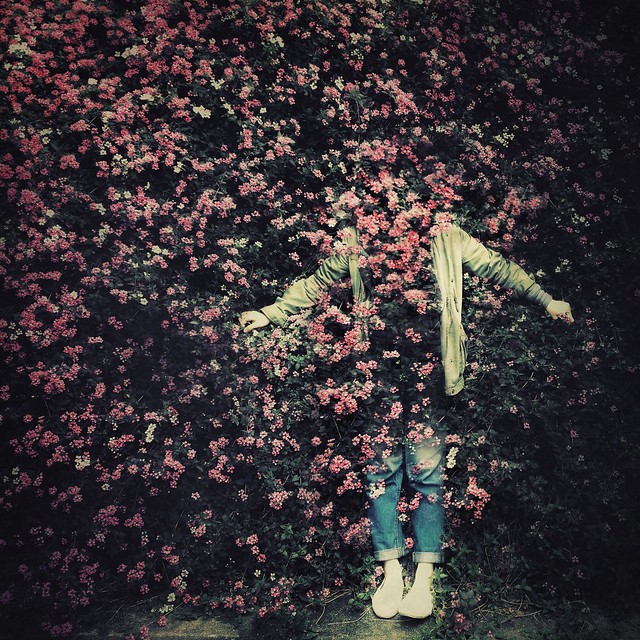