Some photographers chase the perfect pixel sharp image and some embrace imperfection.

Although I appreciate and respect the technical expertise that goes into creating a beautifully sharp photograph, I am definitely in the latter camp. My interest lies squarely with photographic works that interpret the scene rather than document it.

Pictorialism is the name given to an international style and aesthetic movement that dominated photography during the later 19th and early 20th centuries. There is no standard definition of the term, but in general it refers to a style in which the photographer has somehow manipulated what would otherwise be a straightforward photograph as a means of “creating” an image rather than simply recording it. Typically, a pictorial photograph appears to lack a sharp focus (some more so than others), is printed in one or more colors other than black-and-white (ranging from warm brown to deep blue) and may have visible brush strokes or other manipulation of the surface. For the pictorialist, a photograph, like a painting, drawing or engraving, was a way of projecting an emotional intent into the viewer’s realm of imagination.

Pictorialism as a movement thrived from about 1885 to 1915, although it was still being promoted by some as late as the 1940s. It began in response to claims that a photograph was nothing more than a simple record of reality, and transformed into an international movement to advance the status of all photography as a true art form.

So, this week I present a selection of photos with Pictorialism in mind (and some that aren’t, but are just too fine to leave out)….Our talented group this week are the following iPhone artists and photographers: 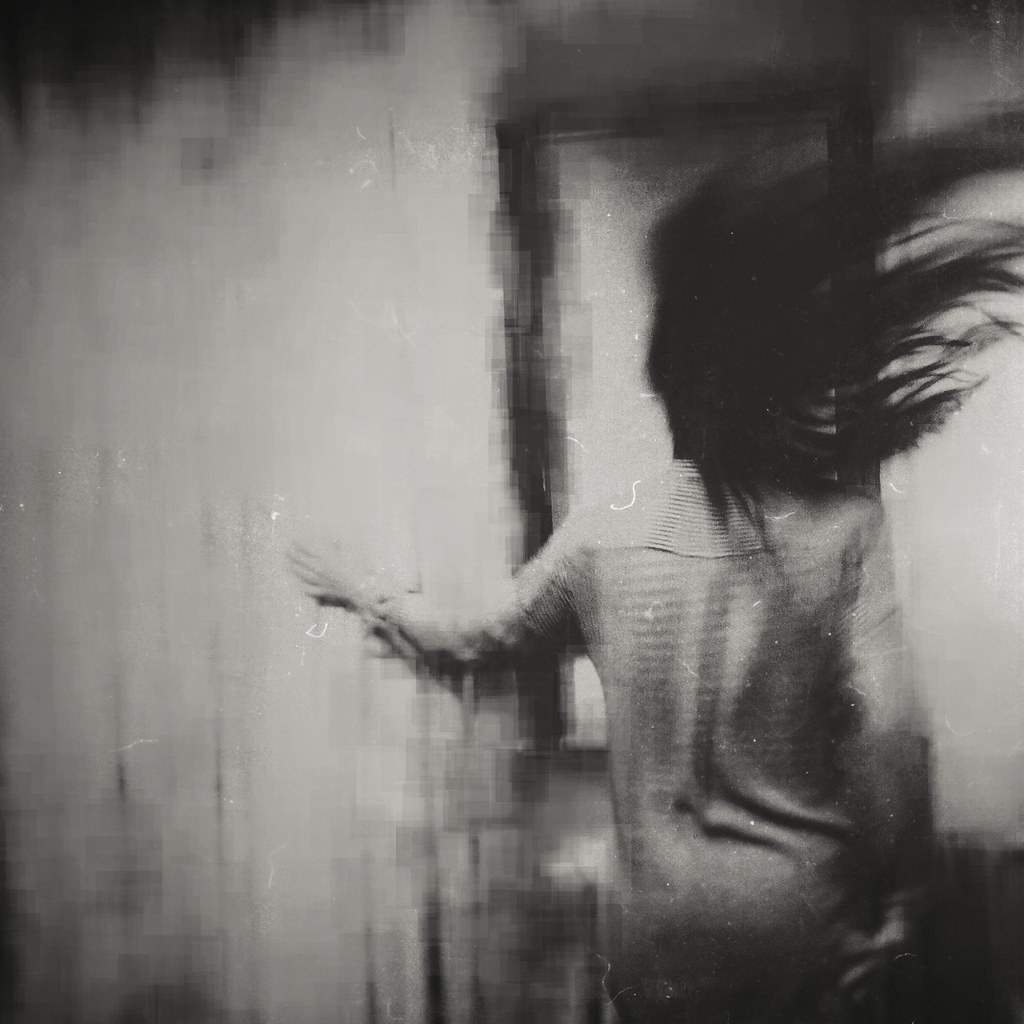 Apps used: Snapseed, Mextures, Repix. Backstory: It is a self shot image I have taken in my room being inspired by the random commonly geometry that the window and the lines of the curtain supplied. Then, I was concerned with rendering a certain mood in between the idea of being trapped in captivity and the choice of freedom that the hair movement suggests. It’s always about the symbol and meaning behind the image itself so I have envisioned it in monochromatic shades as the moments passing by composing the subterranean of our thoughts.

Apps used: Shot hand held on the iPhone 7 Plus. Processed in black & white with VSCO, b4 preset.
Backstory: Daisies in our garden. The Spring wind caused the flowers to “dance” with almost continual energy. I wanted a graphic presentation of the movement, so I used Slow Shutter cam, and after experimenting with the shutter speed and framing found a composition that seemed right. 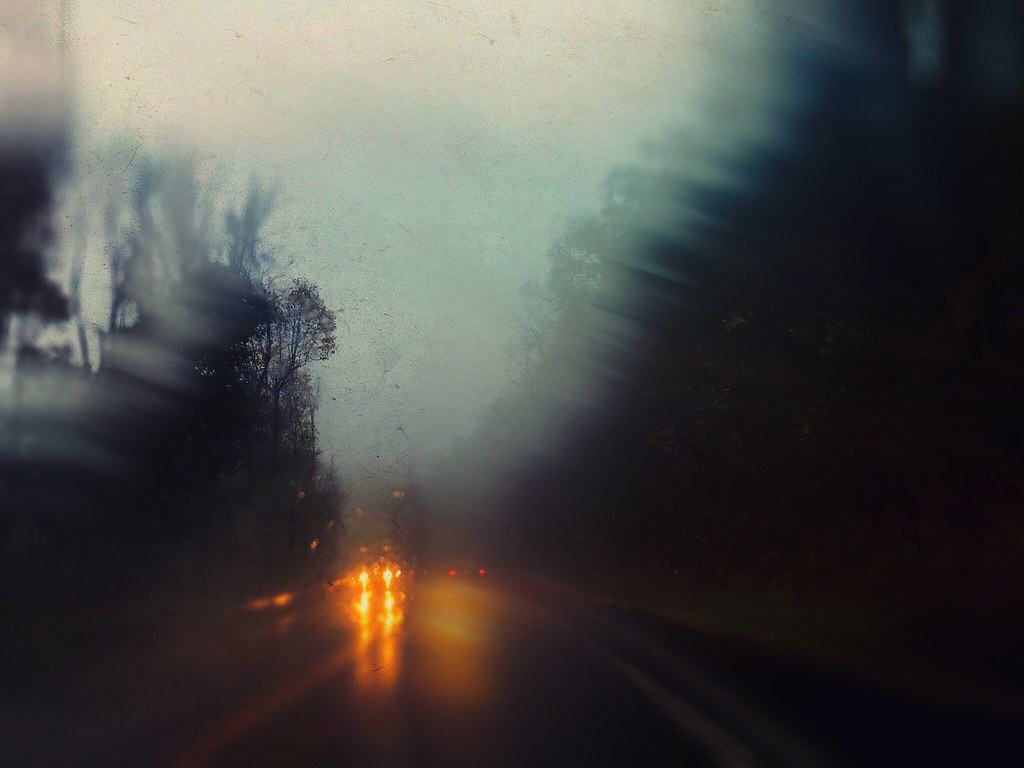 Apps used: Hipstamatic, Tadaa and Afterlight on iPhone Backstory: This was taken recently on a road along a State Park not too far from my home, I could drive it with my eyes closed. This spring has been very rainy, and on this particular road I can get good angles where the headlights can reflect off the wet asphalt. I used Hipstamatic and it’s “Fashion” combo that creates some really interesting effects and blurring if it’s the right composition. I then used Tadaa to further blur and adjust the tones to make the lights a bit more vivid. Then my usual finishing touch adding some vintage grit and grain in Afterlight. This is one of my favorite shots of past month, one day I hope to do something with all of my driving works in a grouping. They are very fun for me to work on. 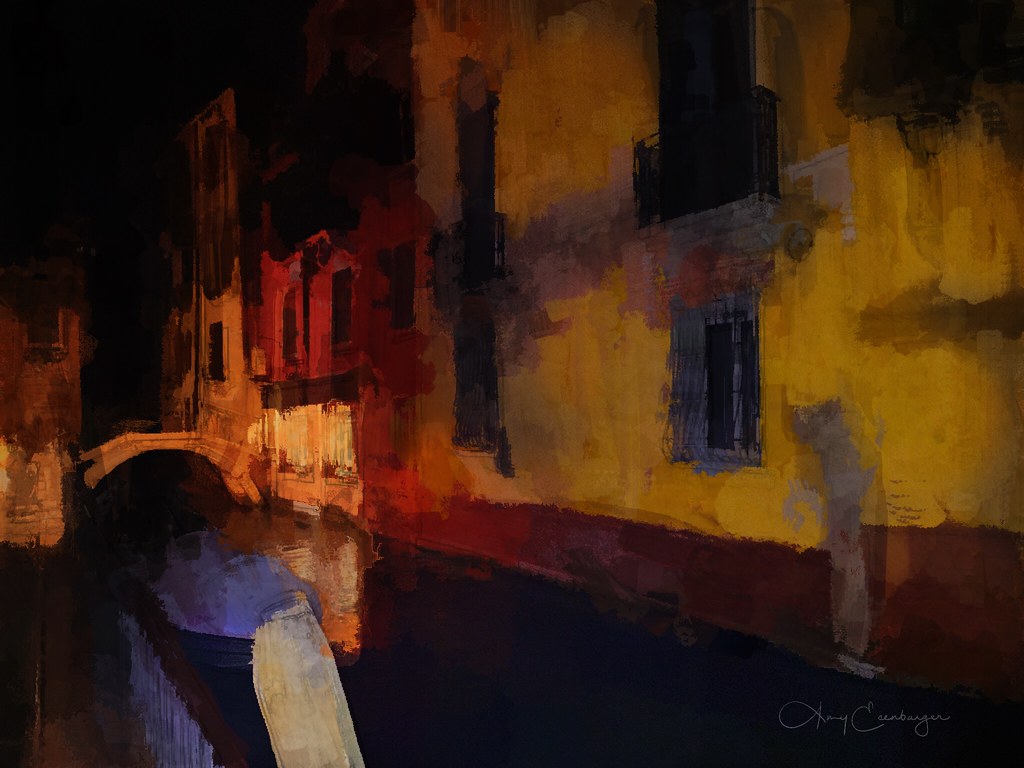 Apps used & Backstory: Shot with iPhone 6S using iColorama and Metabrush apps.Original image was taken at night without flash during a search for a restaurant in Venice. 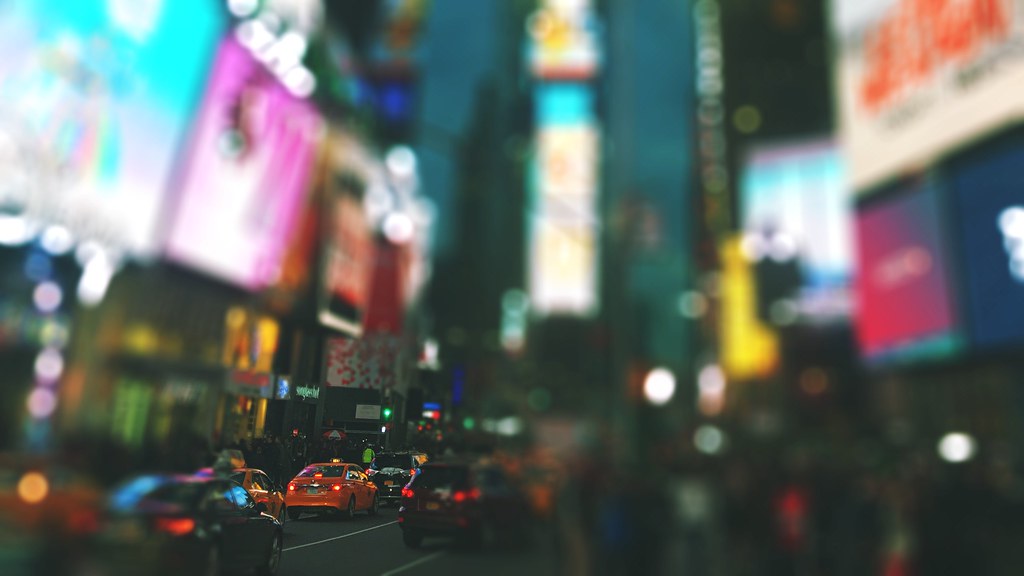 Apps used: Tadaa and Afterlight on iPhone
Backstory: This picture was taken on an unseasonably warm day in New York City this past winter. Because it was so warm, Times Square was full of people enjoying the warm night, and the moment in time is dear to me because I was showing the city to someone who was seeing this country for the first time. I didn’t have to do much because the colors and lights were so pretty as they were. I only used Tadaa to blur a little out and Afterlight to make it look a tad vintage and distressed. It’s a wonderful city to shoot, especially at night and I was happy to share it with someone special to me. 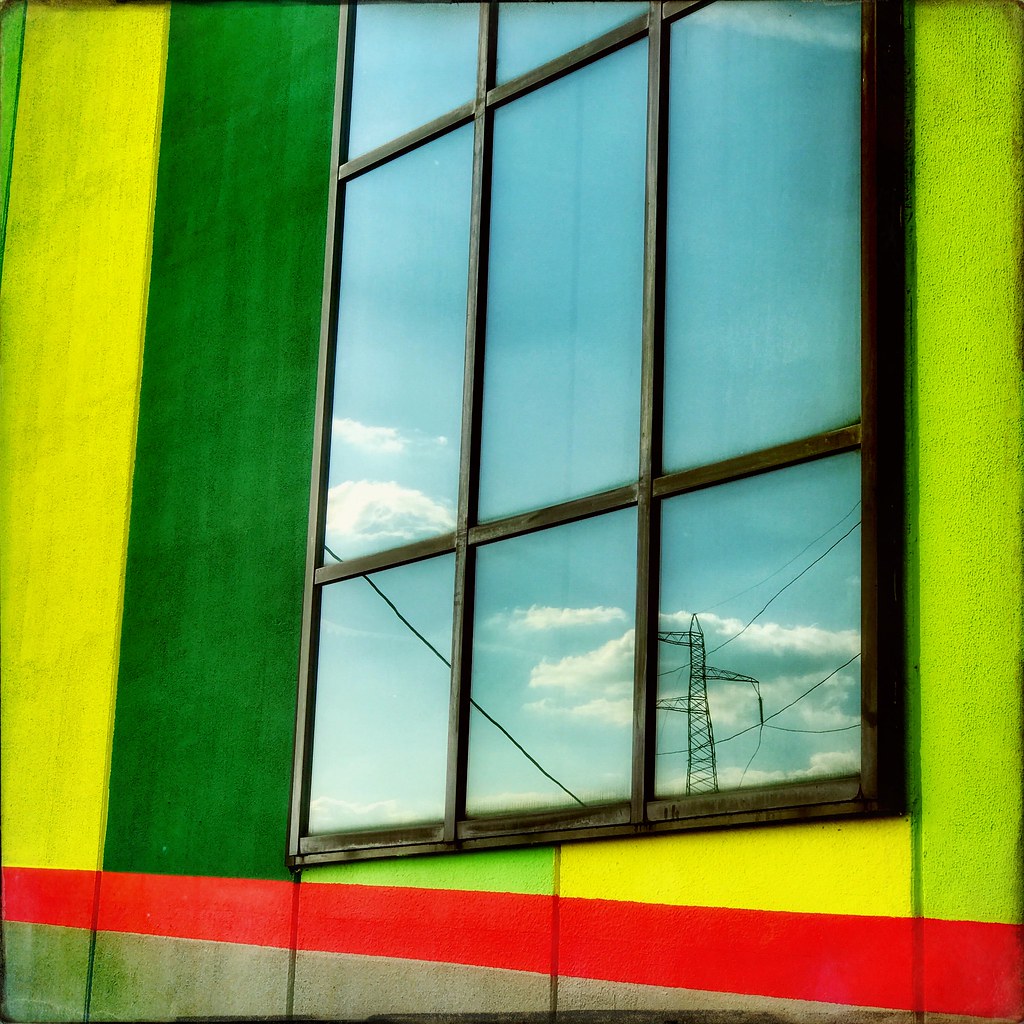 Apps used: I shot with the iPhone 7+ standard camera and processed first in Snapseed then in Hipstamatic (Akira lens and Sussex film).
Backstory: The shopping center has always had a colorful wall, not easy to photograph in a meaningful way. This time I was attracted by a children’s carousel next to it. It drew me close to the wall, from where I saw the reflection. It added the missing primary color and a disconnected set of lines. Looking-glass milk might not be good to drink. 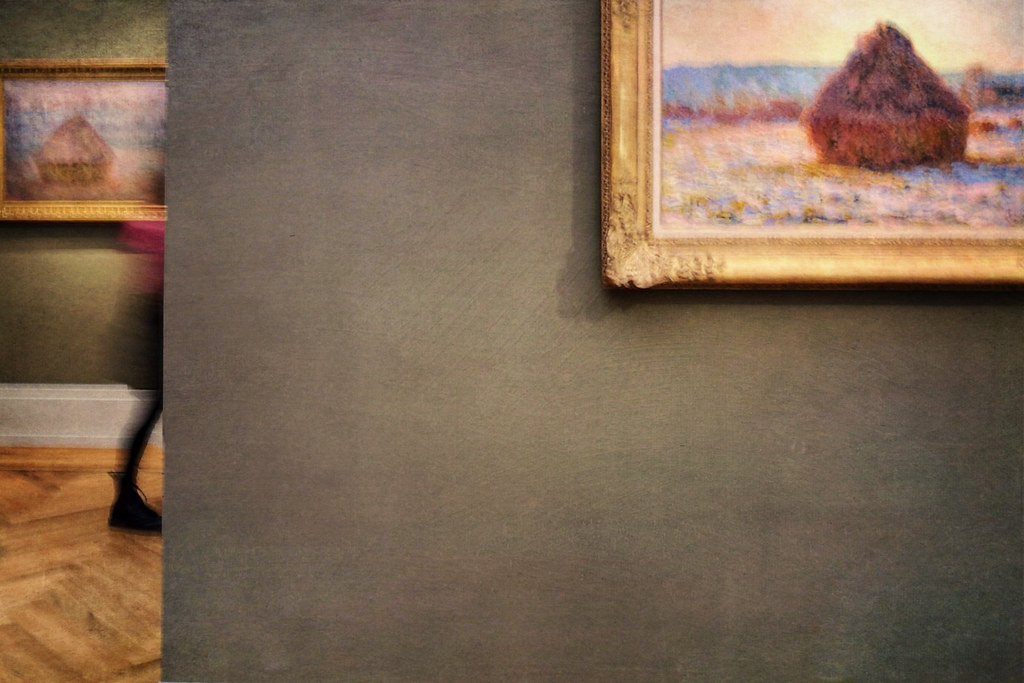 Apps used: Shot with Slow Shutter Cam. Edited with Snapseed, iColorama and Stackablesapp.
Backstory: I took this photo with the SlowShutter app at the new Museum Barberini in Potsdam. I liked the way the blur of the fleeting figure had almost an impressionistic look to her. The photo was slightly retouched and cropped in Snapseed, then brought into iColorama for some color enhancing, and finally Stackablesapp for texture and a painterly look. 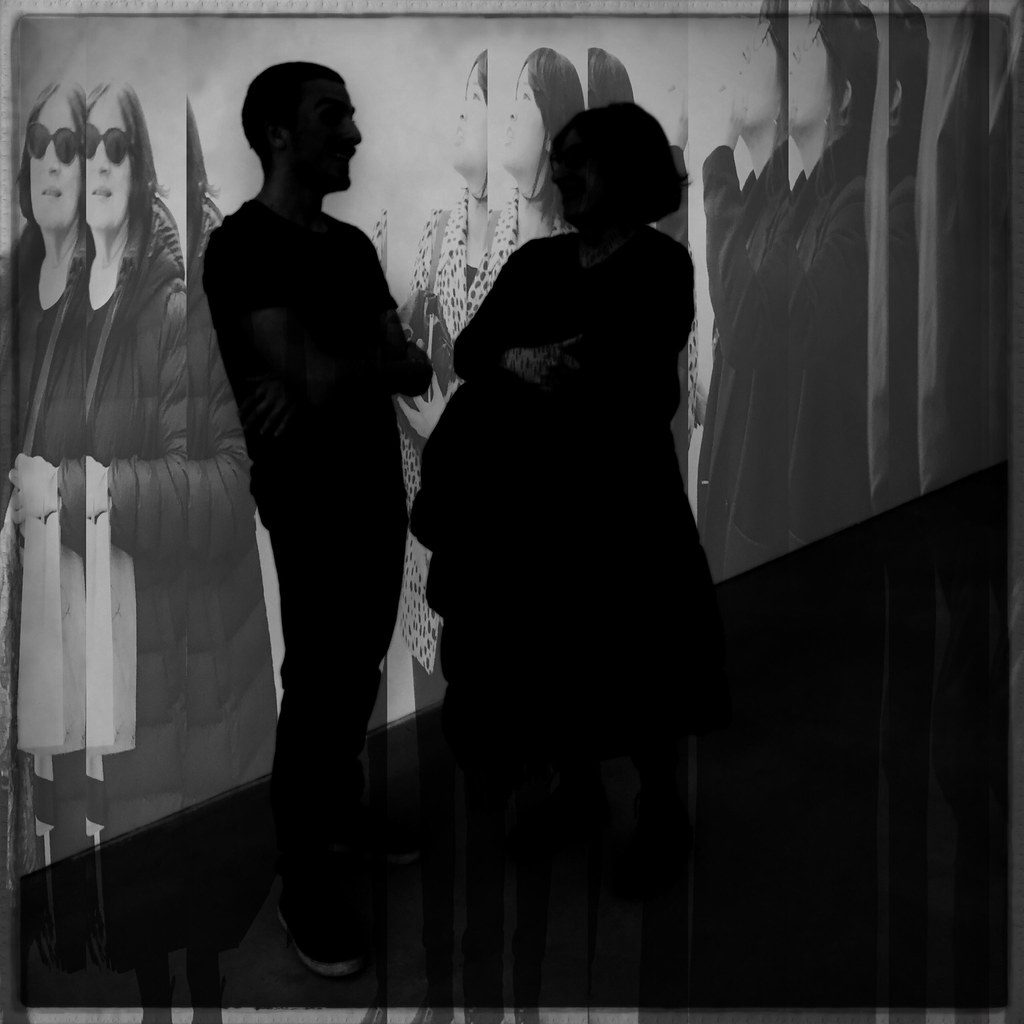 Apps used: Shot with iPhone 7 with HIpstamatic app and processed in PicsArt and DianaPhotoApp
Backstory: The photo of the couple was a color Hipstamatic photo which I converted to black and white and darkened to get the silhouette effect. The people on the wall was a separate Hipstamatic black and white photo. The people were all looking up at live birds on a ledge at an art gallery. I was experimenting with an effect in PicsArt on the people looking up: fx/distort/chop which slices up the photo. I then double-exposed the two photos in DianaPhotoApp using the Ghost filter, and, serendipity, the sliced people ended up on the wall with just a touch of their feet peeking out in the lower frame. 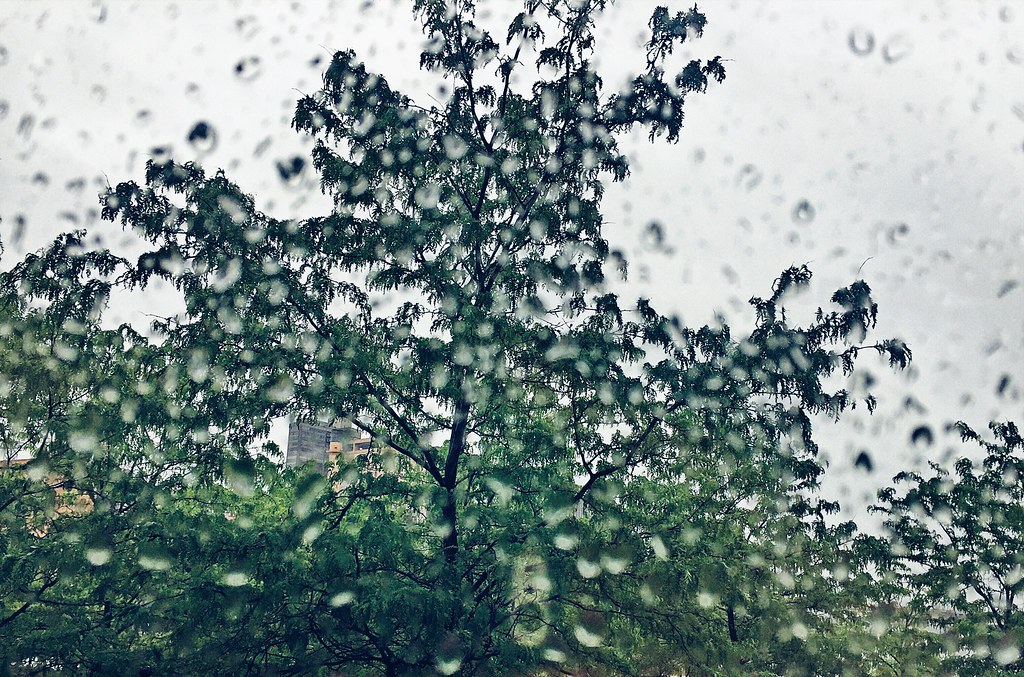 Apps used: iPhone 6+ and processed with Snapseed, TouchRetouch, and Instaflash Pro. Backstory: I love semi-abstract images. I’m also a big fan of what I call ‘the secret element’. That is some aspect of a photograph that causes a viewer to think or find themselves searching for an answer. In this shot, there is a ‘giveaway’. An element that establishes this as being in an urban environment instead of out in the country somewhere. But, it’s not obvious. You have to work for it.

Apps used: Photo of leaf taken on a walk. Edited on the iPad using backgrounds created on the iPad. Leonardo, Stackables, Snapseed. 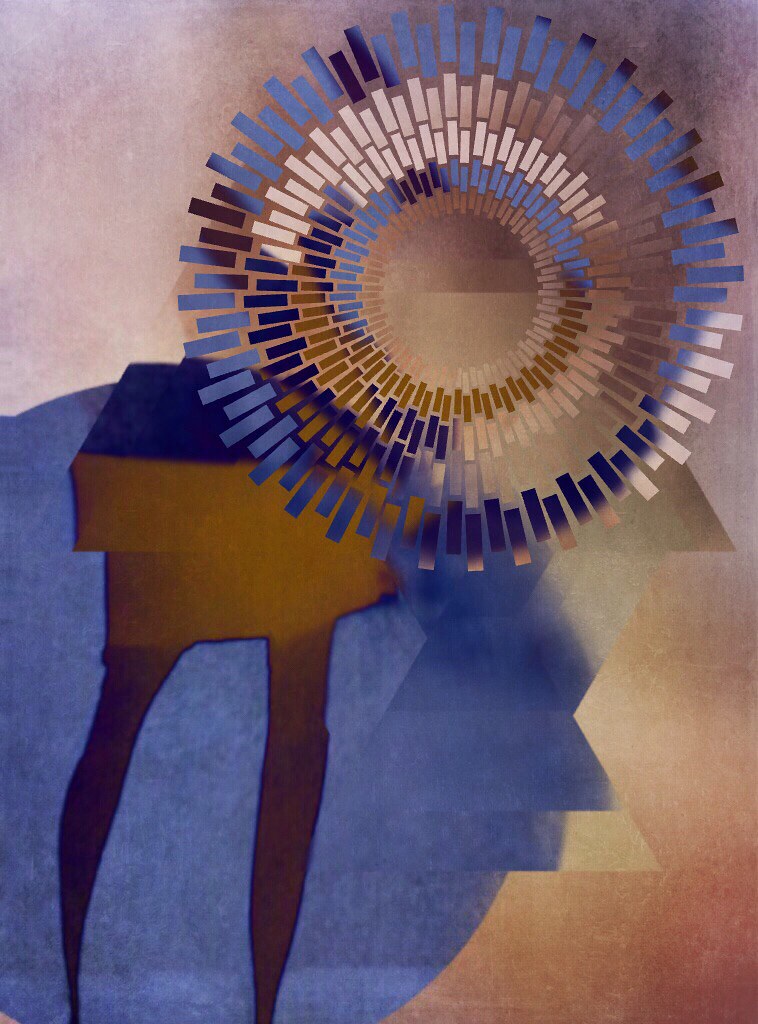 Backstory: I took the photo during an art exhibition that had the theme “The psychiatric illnesses”. It has been very moving and very strong for me … I have thus created a series of images that I called “Moving”. They do not concern the images displayed but the people who watched them with great care … Art has a great power in the mind and heart of those who look.

Apps used: This image was captured using a iphone5. Adjusted using Apple’s standard photo app on iOS 8.0. Backstory: I often don’t follow the normal rules of behavior while crossing the street. If you did that in New York City, you would never get anywhere on time. In the midst of chaotic traffic I spotted this image.

Backstory: Self Portrait taken with the Slow Shutter app, I used Snapseed to deepen the contrast. Played around with the Decim8 app until I was happy with the effect and then converted to black and white in Snapseed. Texture was added with any final adjustments in Procreate.