Coming off some personal challenges in the last several weeks, I approached this week’s selection process thinking about images that celebated life, that would make me smile, that would express a certain joie de vivre. The wide variety of imagery posted this week makes for a full-bodied collection of top notch images, across the spectrum of genres – but all of them feel like they’re life-affirming, positive, and evoke a smile. KayanEnsan’s lead image expresses the joy of ice-cream and the humor of “hey, cold doesn’t bother me in the least” – who can look at that image and sentiment and not smile? Other contributors include Shel Serkin, Erika Brothers, Luisón, vadim demjianov, Mark Whitcombe, Vivi (Veevs), Marie Matthews, ma vie photography, shinnya umetsu, Louise Whiting, Andrew Lucchesi, Bill Green, Cecily Mariece Caceu and Geri Centonze.

Apps used: Captured using the iPhone 6+, with a brown “fabric” background in daylight, edited with Snapseed. Tada, Facetune, Litely and Over

Backstory: Happened to have a chocolate covered ice cream bar and i thought it will make a great photo. Used Snapseed to correct the shadows and the colors, Tada (the best editing app IMO) – I used the clarity + adjust the photo + used a filter + and i blurred the background with it + grading to change the hand color alone using the mask .. same with the background and bar . Then Facetune ( some smoothing and some patching ), a Litely filter and then Over for the words. 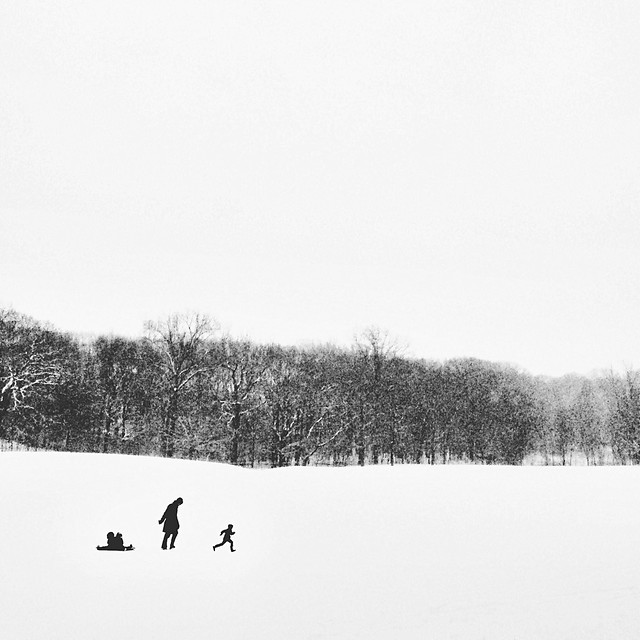 Apps Used: Shot with oggl on an iPhone 5S. I used filterstorn, snapseed and touch retouch to finish the image.

Backstory: Unexpected snow on a late Saturday afternoon. Prospect Park is quiet under a fresh layer, isolation broken only by a few adventurous families. 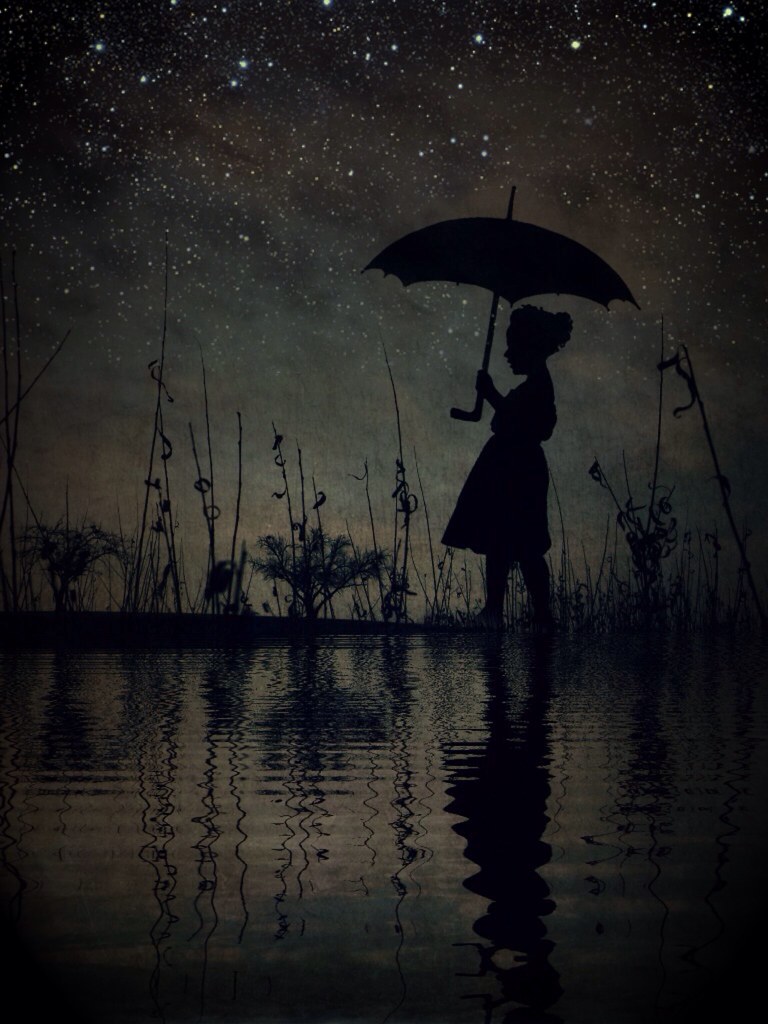 Backstory: For this edition I combined two pictures with superimpose then I used colorlake for making the effect of water finally I finished with stackables to give touches of texture and contrast. 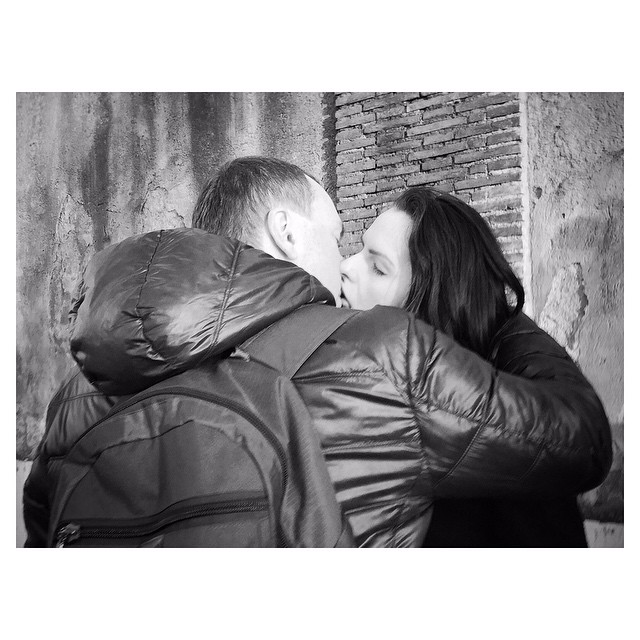 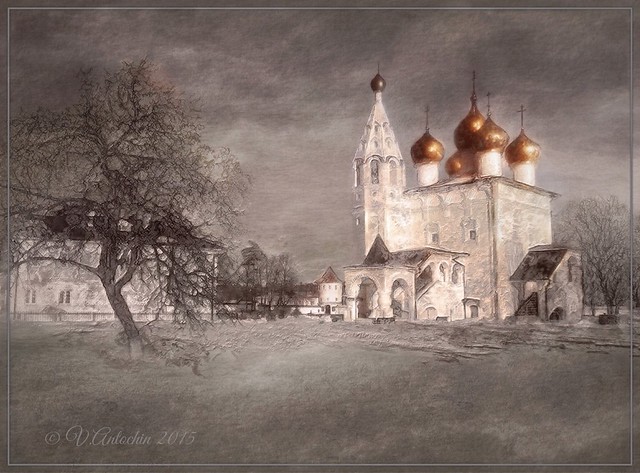 Church of the Entry into Jerusalem. (Vereya) by vadim demjianov

Backstory: I love to travel through the small old towns of my region. In many preserved old cathedrals and churches. I am inspired by the architecture. This church in the old town of faith. Processing was simple. 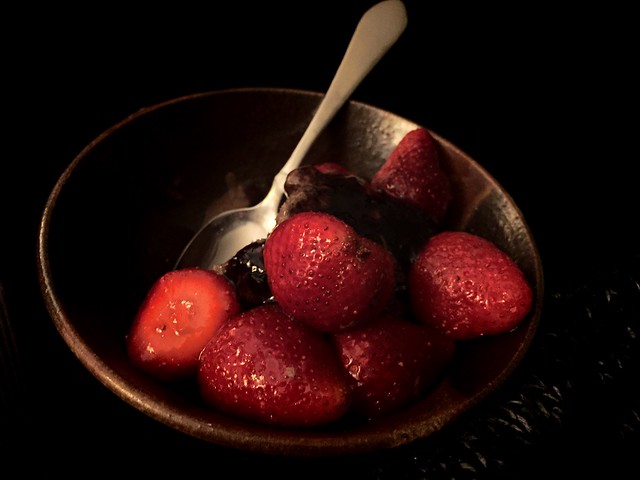 Backstory: We cobbled together chocolate ice cream, frozen strawberries, and the last of a friend’s elderberry sauce for dessert. In the dim light of our room, I relied on the native camera app, and then played with the curves function of the new Darkroom app.

Backstory: Photo taken with Pro Camera. A group of us went last Saturday to Shoreditch where you find all the wonderful London Street Art. This is a new mural by Mehdi Ghadyanloo – such a beautiful work of art. Our friend Des was wearing really cool red shoes so we asked him to do some cool stride bys and jumps! Only editing was done to straighten the image a bit! 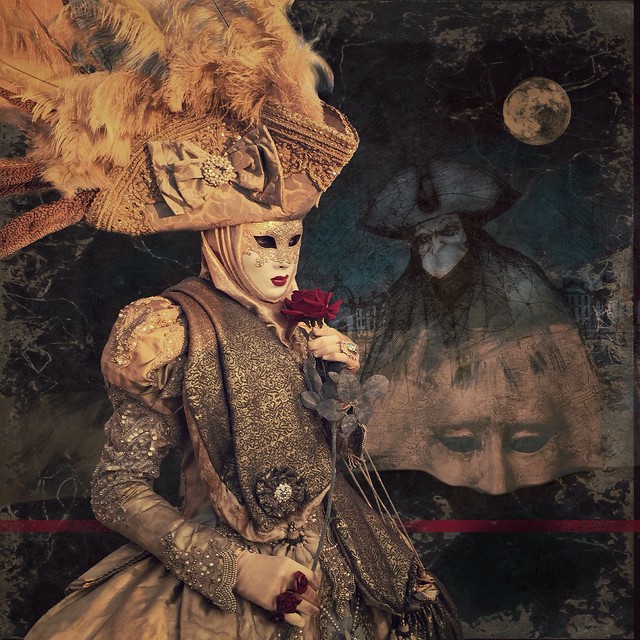 Backstory: The photo was shot with the Kitcamera app using Pro 160 film and the grunge lens. Nothing else. I use this combo for much of my iPhone work.

I must say, not much thought was put into this. I was there to grab some lunch and liked the retro scene and the pops of red. 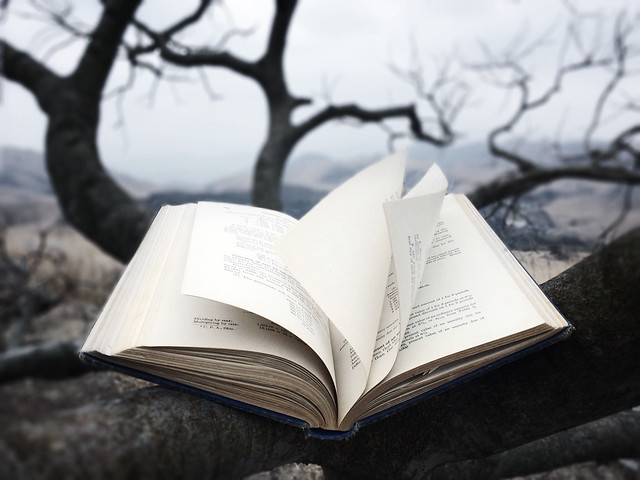 The Book by shinnya umetsu

Backstory: The photography of the book is one of my themes. The background and captured moments looks like a part of the story of turned pages. It’s very interesting. My books series are adding a story element visually on the background by turned pages.

The photography process only waits for wind patiently.
Shot with iPhone5s native camera.

Backstory: My son and I spent a very cold but sunny Sunday afternoon on the beach recently taking photos. There were lots of people walking their dogs and I took a few shots as I sat on the stones 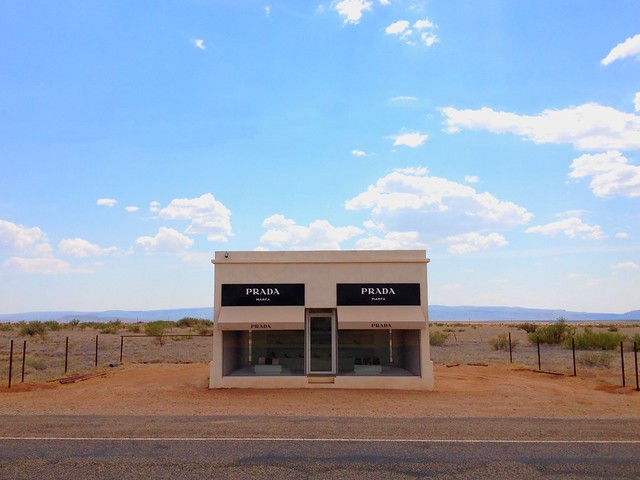 Backstory: This is a photograph of the Prada Marfa art installation outside of Marfa, Texas. The installation is striking because at first glance it appears to be a real Prada boutique in the middle of nowhere. I framed the picture to show a lot of the sky and empty space around the building. I also wanted to stress symmetry in the image and to use the fences on either side of the building as leading lines.

I shot the photo with an iPhone 4S. I used Filterstorm Neue to optimize brightness, contrast, and saturation. Finally, I used Touch Retouch to remove a couple of distracting objects from the image (power lines, large rocks in the foreground). Morning at Leyla’s by Bill Green

Backstory: San Gerardo de Rivas is a small village high in the mountains of Costa Rica. The town was started around 1950 this being one of the first, if not the first house built. It has always fascinated me that it has survived over 60 years given it’s modest construction techniques. On this morning, as I walked by, I couldn’t help but notice the lighting. I grabbed this shot. The oldest house in San Gerardo de Rivas, Costa Rica 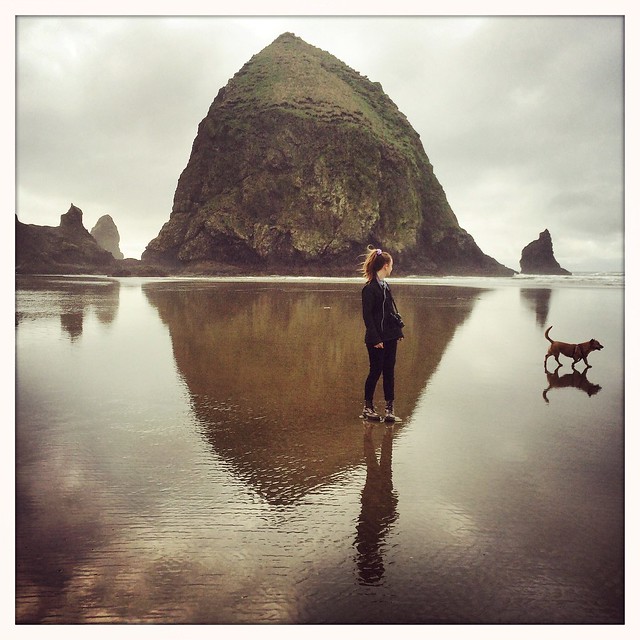 Backstory: I took a quick day trip to Cannon Beach with my daughter and our dog. All three of us love the beach and we just don’t get there often enough. I love how cleansing beach walks can be — a quiet meditation where we can communicate with each other without using words. Being the parent of a teenager is not always easy but somehow taking short trips like this can reset everything and give us a fresh start.

I shot this image with HIpstamatic, using the Jane lens and Blanko film. I tweaked the exposure and contrast a bit in Snapseed and then also ran it through VSCO cam to add some punch with one of the boosting filters, set at a very low level. When I saw how surreal the landscape looked in the image I immediately thought of the Police song “Walking on the Moon” which is one of my favorite songs. Sometimes being a parent feels like I’m walking on the Moon — which to me means I’m navigating unchartered territory but still trying my best to do the right thing even though I don’t exactly know what I am doing:

Backstory: Whenever I go to Costco, I always make sure to visit the floral bouquet display and snap a few images. There are always fresh, colorful flowers there.

The original image was shot using a Square orientation, so there was no need to crop first. To begin I did some adjustments with Smart Adjust which could easily have been done with Snapseed, but I wanted to try out Smart Adjust which worked well for Contrast, Brightness, etc.

Next I wanted to give the image a painterly look, so I applied one of my custom formulas in Tangled FX. For me the key to using Tangled FX is following the adage, “less is more”. Each formula preset can be modified in Tangled FX by tapping the “Fine Tune” sliders after you have selected the preset. Most of my 25 custom formulas are a variation of the preset “Brush Strokes”. If you’d like to create your own formula, adjust the sliders and tap the Render button to see the results. Your favorite combinations can be saved for future use.

After I used Tangled FX, I was pleased with the painterly look, but wanted to give the image an antiqued quality. I used a custom formula in Stackables to achieve this. Finally I used Effexy’s “Emboss” texture to add some dimension to the piece. When using Effexy be sure to open your image in Full resolution. Tap on the plus sign at the top of the screen and select the Texture folder. Emboss can be found here and a slider at the bottom of the screen allows you to adjust the intensity of this effect.

Flowers make beautiful subjects for edit experimentation. They offer endless beauty and for the most part they “hold still” except on a windy day! Take a trip to the nursery of your local hardware store for even more varieties to photograph.