This week’s Apps Uncovered presents a selection of what I found to be the most compelling images for the week in our Flickr group, across a wide range of styles and subjects – but with one common theme – People and Places, but not present in the same image.

This week’s lead artwork, Cry Me A River by Sandra Becker, evokes a lively, painterly rendition of a portrait that effectively imitates the practical techniques associated with paint and collage. 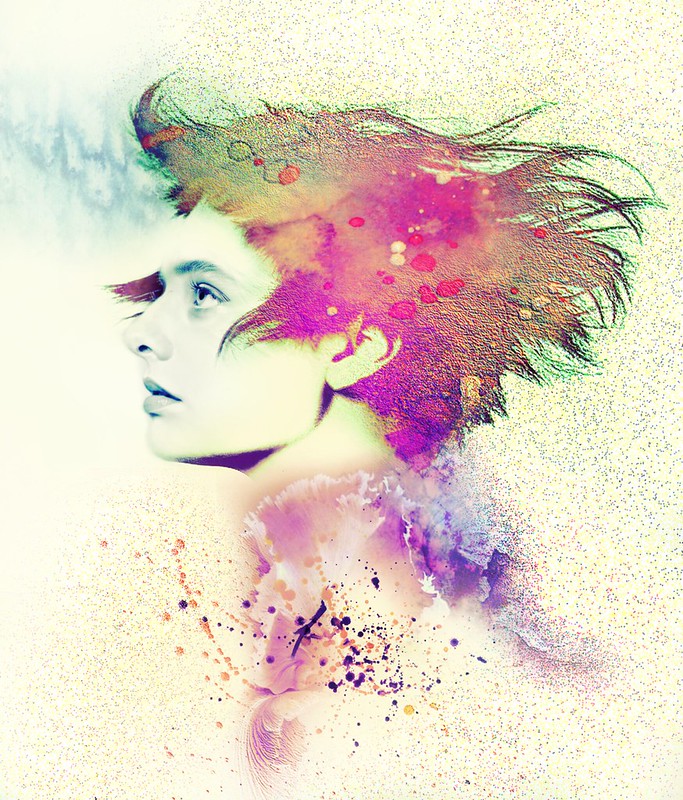 Cry Me A River by Sandra Becker

The idea for this peace came about while I was listening to some jazz music in which the song ‘Cry Me A River’ was playing. The profile was created from 3 different photos. The hair was partially drawn to create the movement I was going after. I created the colors & textures from photos of my actual watercolors which were further painted in Procreate which I often use for such. I was looking for a neck piece that was ruffled to create a delicacy around the neck & ended up using the ruffled edges of a flower photo again with some watercolors & Procreate texture added. All blending was done in IColorama with its added textures & color changes. 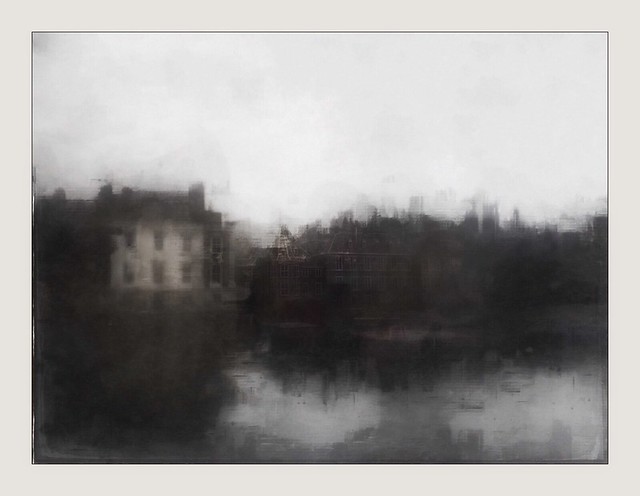 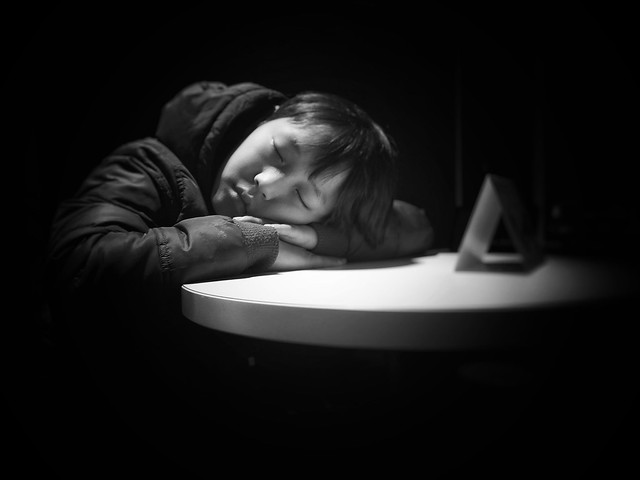 Apps used: I shot it with my iPhone 6 Plus and processed in Snapseed and Black apps.
Backstory: We were checking in our hotel in London. Liang was very tired and fell asleep on the table at the reception. I saw the light on him and took the photo.

Apps used and backstory: I took this panoramic photo of Dunguaire Castle, in County Galway, Ireland using my iPhone 7s, using the default camera app using the pano setting. I post-processed the image in Snapseed to even the tones and to bring up the contrast.

I saw this popular castle just south of Galway city last week, it was the first real castle I’d ever seen. The castle can be a highly traffic’d tourist stop, so I wanted to avoid catching lots of tourists in the photo, so I decided to shoot the castle from a distance. I was as much taken with the castle’s surroundings as I was the building, so I decided to shot a panoramic shot to expose the natural beauty that surrounded the castle.

Apps used: I shot the photo with an iPhone 7 plus, portrait mode and post processed in Carbon BW editor.
Backstory: This is an image of which I am particularly fond. Two of my favorite people are pictured here: the man, Demetrios, a childhood friend of Greek origin & my wife, Bonnie. Demetrios, or Jim as I called him, a noted scientist who resides in Maryland, was in St.Louis on a personal matter and phoned to say he would like to visit us for awhile. After an hour’s drive he arrived.
We all had a fine time. When you see an especially close friend from your boyhood again, you become even more aware of the passing years and, if you are fortunate, of the continuity of old friendships.
When Jim had to leave, I insisted on some photos. This image was a spontaneous and unplanned reaction of my wife, as we were all saying goodbye.

“Splendour of Heydays, Xi An” by Paul Yan

Apps: Camera+ and Snapseed. Post-processing was done in Snapseed. Certain highlights were enhanced while the sky was darkened.
Backstory: The ancient city wall of Chang An, China, once capital of 11 dynasties, illuminated by modern day lighting. I had my 7 Plus on a tripod across the moat and made the photo with the Camera+ app whose ISO was set to 1 and shutter speed to 30 seconds, to both reduce as much noise as possible and smooth out the flowing water. The white balance was manually set to the warmer side. The 57mm lens was used. 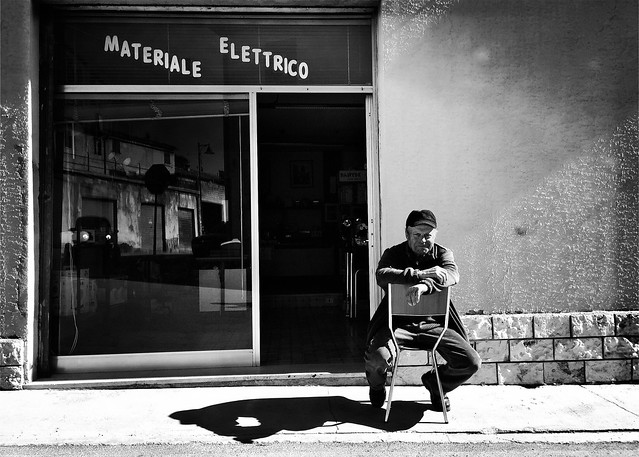 App used: Hipstamatic 333. John S Lens, BlacKeys Supergrain Film, and Triple Crown Blitz flash (post-processed)
Backstory: I’ve seen this scene so many times in a tiny village here in Central Italy. This time I stopped my car and asked for a picture. We didn’t change anything, I just shot. It felt like saving a trace because some day soon this friendly old man will close his shop where I always buy bulbs, cables and batteries. And what remains are only supermarkets. So for me this is quite a nostalgic picture. San Lorenzo in Campo (PU), Marche, Italy 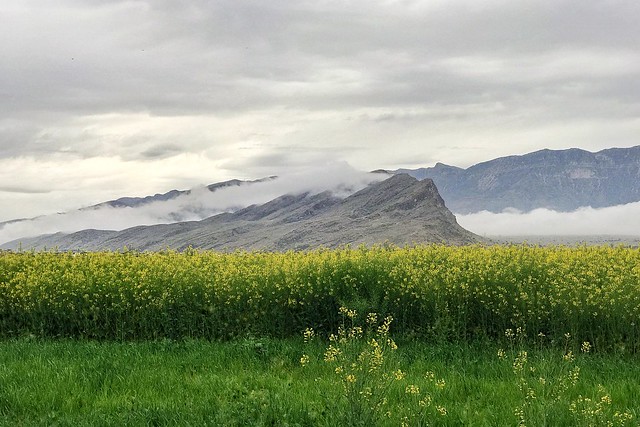 App used: I just used 645pro app to shot and snapseed app for editing this photo on my iphone.
Backstory: This photo was taken in my home city Kazeroun, Fars province, Iran during my trip to this beautiful city for my new year vacation “Nourouz” if you know about that. This flower produce rapeseeds which used to get oil from theme.This shot captured at the first day of Iranian new year which is also the first day of spring season. 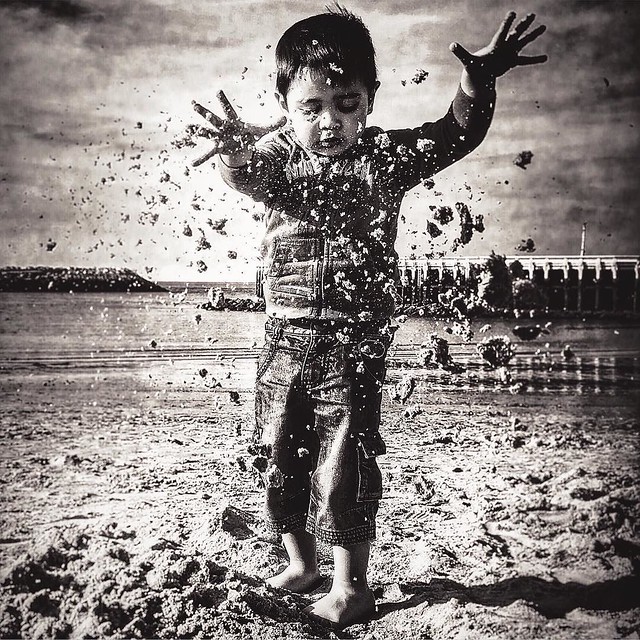 Apps used and backstory: The picture itself was taken on a day out to the Belgium coast with some friends.
My son was having such a great time playing in the sand that I just had to take some pictures. I kept on snapping some ‘action’ shots of him and made sure I had the beautiful Pier of Ostend in the background. This ‘throwing of the sand’ came out as a he best picture of that sequence.
It was taken with Hipstamatic (John S / BlacKeys Supergrain combo)
Afterwards I did some minor tweaks in Snapseed (I removed the border, did some straightening and finally added a little tiny bit of sharpening). And that was really it. 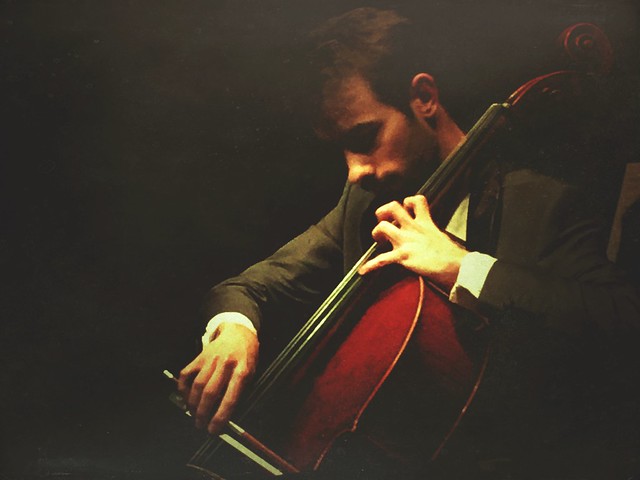 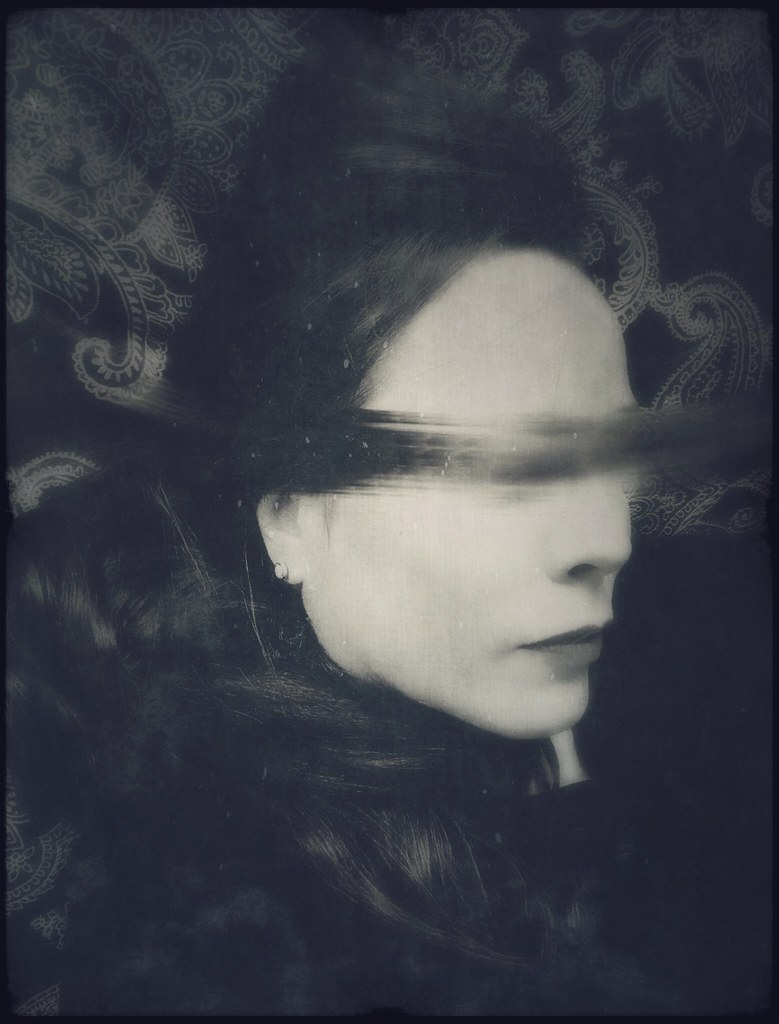 The Blindness of Love by Ile Mont

Apps used: I took my picture with the iPhone 7 native camera, and I worked it through Snapseed, iColorama, ProCreate and Formulas.
Backstory: This is a very personal piece. A self portrait about my reflections on some of my experiences in love: disappointment always leaves me feeling blind and very sad for being unable sometimes to see the whole picture, or having mistaken the true self of some people. Who hasn’t been there, right? Nevertheless, I feel lucky and proud for rising above and still being capable every time of giving and receiving love fully.