This week’s Apps Uncovered presents a selection of what I found to be the most compelling images for the week in our Flickr group, across a wide range of styles and subjects – but with one common feature: all are black & white!

This week’s lead artwork, Fashionable Kidoos by Himanshu Roy, represents a capture of poster in a mall in India, and for those of us of a certain age, has a “Stepford children” look to it, with a really bizarre and almost eerie expression on the part of the young girl in the center of the screen, as she displays her smart phone. 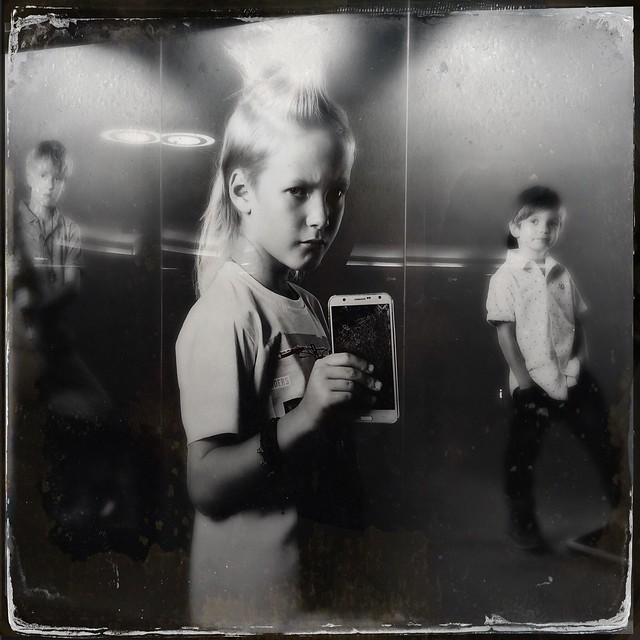 Once again, Thank you so so much for great honour to iPhoneographyCentral Flickr group. 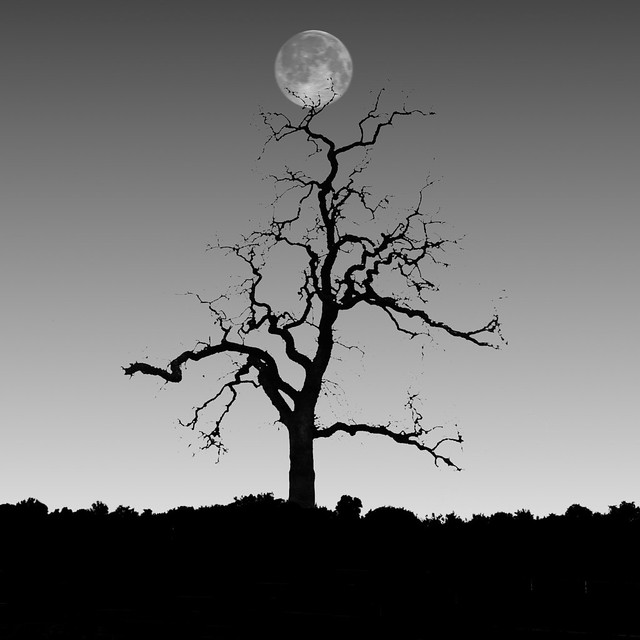 Apps used: iPhone 6 Plus, Enlight, Superimpose, Alien Sky
Backstory: This photo is a composite of several images. I shot a photo of the tree in a parking lot. I loved the shape of the tree but I didn’t like the background, so I removed the background using Superimpose, and I increased the contrast using Enlight so the tree appeared as a silhouette. I took the horizon is from another photo, which I also adjusted in Enlight to make completely black. 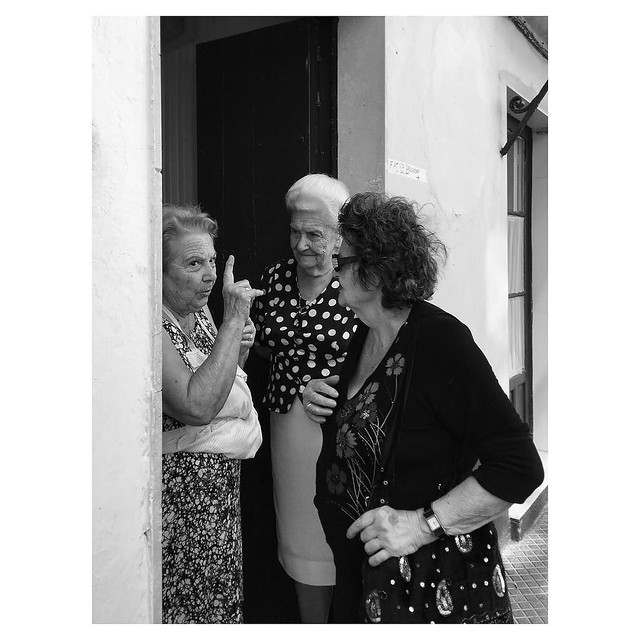 The usual gossip by Luisón

Apps used and backstory: This pic was shot on my IPhone 6S. I used FrontView to straighten vertical lines, Snapseed to adjust certain parameters and rotate it a bit and the BlackiApp to turno it into black and white.

The backstory is the usual one. I always walk around with my eyes wide open, in search of an interesting scene. These three old ladies inmediately caught my eye. I loved how one of them seemed to be telling the others some gossiping. I just approached, framed, pretended to look somewhere else, and took two or three shots. Then I walked away. 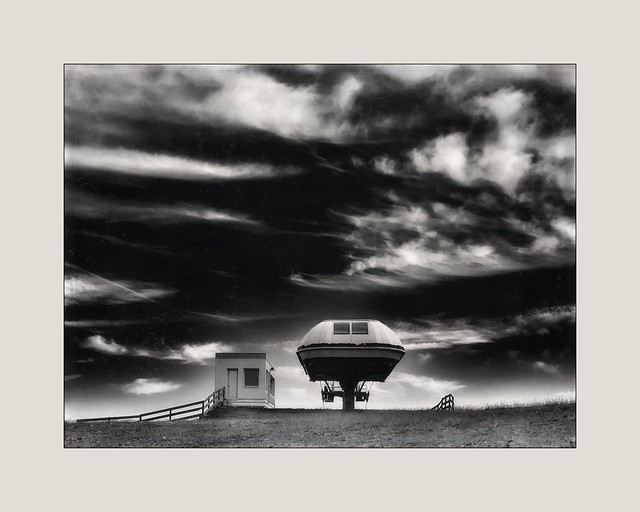 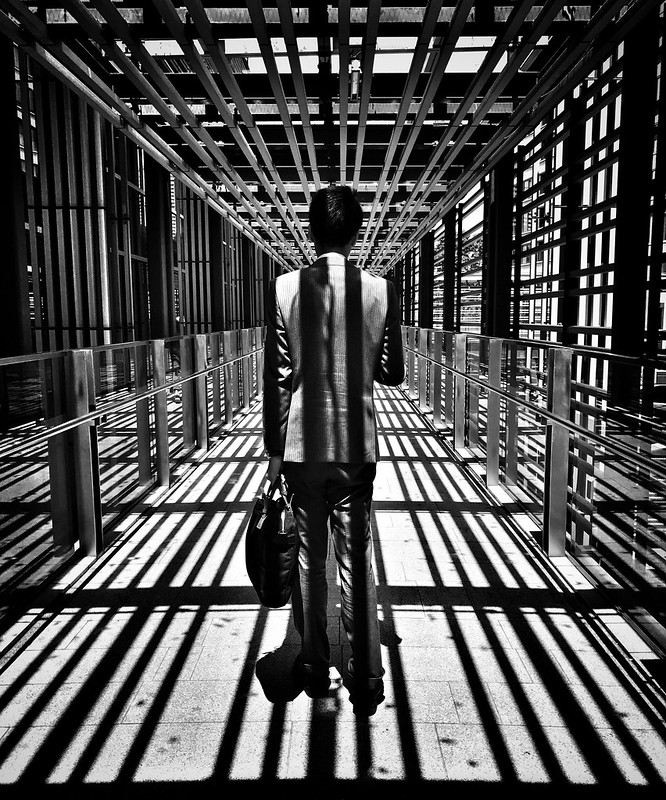 Apps used and backstory: This was shot in Tokyo around the corner from where I work on Thursday mornings. I’d visit before and after work every time it was sunny over the year to work out the best time for shadows. On this occasion, the business man / office worker paused allowing me to get a sharp image. I then made some minor adjustments in Snapseed.