This week’s lead artwork, Montse Abad’s image “In maschera. Carnaval de Venezia 2016” is a fantastic and evocative portrait and reflection of that herald of spring, Carnival. 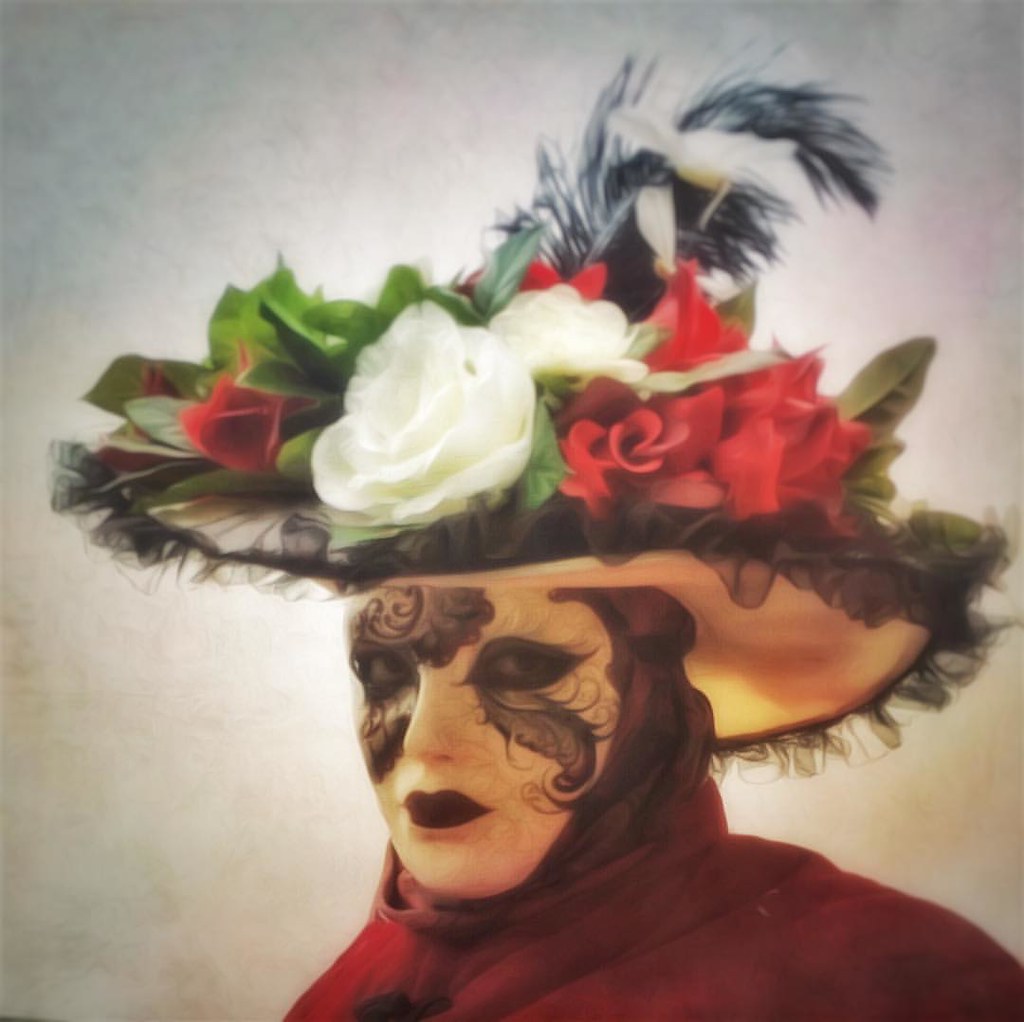 Apps used and backstory: This photo was taken at the Riva degli Schiavoni in Venice during the carnival, and did not have much time to plan it, but looked for an angle that left her head against the sky. Then, when editing, I wiped with handycam a flag sticking out . I cut a square format and I liked the classic portrait air common to many pictures, so I decided to give it texture with stackables and a more painterly air in icolorama with a bit of coherence. Finally, in snapseed gave a touch of glamour gloss to reinforce a more timeless and theatrical air.

Apps used and backstory: I took this picture last month at sunset not far from my house. I used VividHDR, and edited with Snapseed and Stackables. 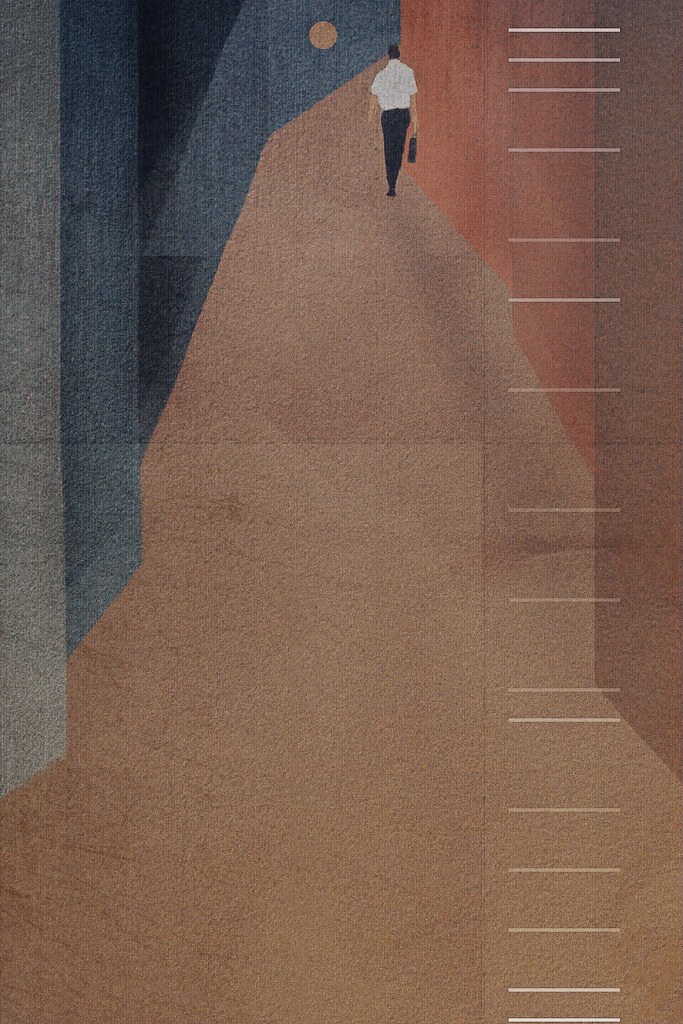 Apps used and backstory: I used Hipstamatic with John S lens + Uchitel 20 film. During a rodeo afternoon at La Petatera (in Villa de Álvarez, Colima, México), this was the closest bull to were I was taking shots, and at the very moment I took the photo, this cowboy was flying in mid-air. He was hurt of course but not very bad fortunately. 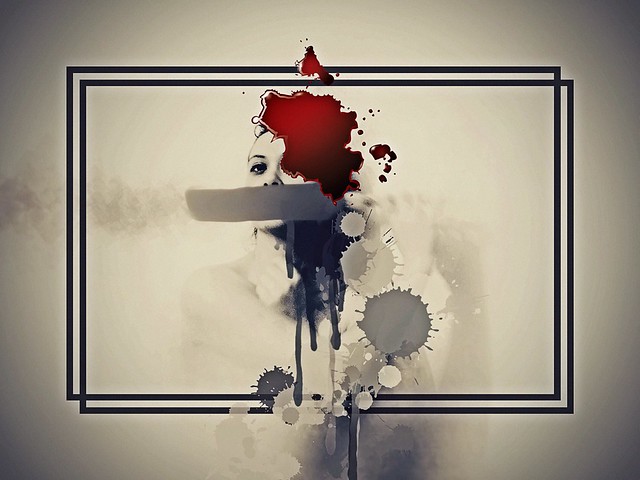 Apps used and backstory: This image is part of a series I have created, entitled “Rays of mixed brushes”. The concept has been inspired by a painting brush that helped me in transfering some images from paper to wood. After finishng the job I used it to portrayal multiple possibilites of self expressed mood and inner thoughts….

In this particular image I put the stress on the splashing of monochromatic colour that comes out, monochromatic because the mouth of the subject is covered, so the colour cannot come to live in its original shades. Still the power of inner thoughts and ideas bursts into the red spot that covers parts of the human mind, for it brings to life the energy, emotions and inner passion. It awakens her physical life by forcing it to manifest in accordance . Red is also used to exude a strong and powerful masculine energy that female psyche strives to achieve while manifesting and articulating her ‘discourse’.

In terms of applications used, story is quite simple: I used Snapseed to filter the photo, up to the milky, immaculately blured effect achieved, that annihilates the body . Then for the spalsh of brushes I got into Enlight ,where I also used and played with the frame, to better define the subject as being put into a very closed space. In the end I used Pixlr for a bit of structure and the red spot invasion that makes the statement in this image. 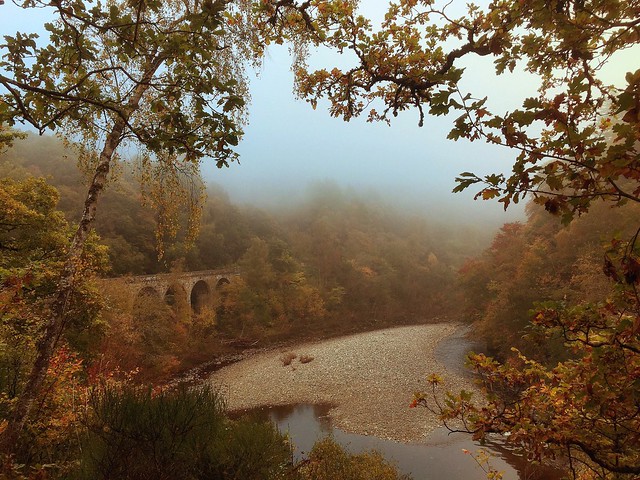 Backstory: Before my first tour of Scotland, I had planned my itinerary to end at Pitlochry, specifically so that I could spend an early morning down at Killiecrankie, which I had visited many years earlier and been knocked out by its beauty.

Having only a morning before I had to return to Inverness for my flight home, I had to cross my fingers that the wonderful weather is enjoyed throughout my October trip would hold until the end.

I awoke to find that (in the way it can in this) area, a thick fog had descended on Pitlochry and my hopes of making worthy images began to fade.

Knowing how such conditions might be able to offer me more abstracted pictures, I headed down to the River Garry at Killiecrankie to investigate.

Upon arrival it was clear that whilst the upper slopes of the valley the River had carved out were indeed wrapped in fog, the river bottom itself was clear, and rather than obscure the scene, the fogs had greatly enhanced it.

Combined with the rich Autumn colours of the surrounding woods, the job became only to find the most ideal vantage point…and I chose this, including the railway viaduct (that still carries the mainline London to Edinburgh train service) to add a little human element into this otherwise natural view.

When considering the process and composition choices I used Jean-Honore Fragonard’s rococo masterpiece ‘The Swing’ to decide how to present the framing and atmosphere of the image, as I felt this image had some elemental similarities with the background of that painting. 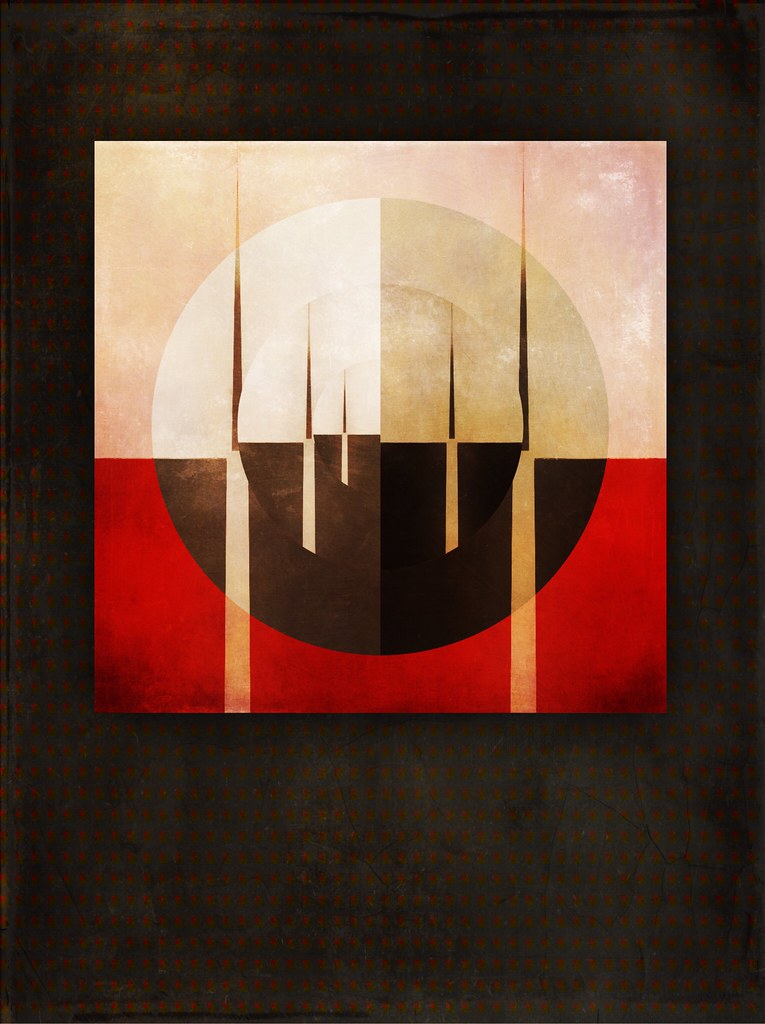 Backstory: This piece is one of a dozen in my Fragments series, some of which are still in development. The series is premised on the notion that we are all made whole by God, but that we only ever live our lives in fragments, inches to time lived, then remembered, then remade. Each of the pieces in this series are made of fragments from other images, like the impressions, and knowledge, and friendships, and experiences that comprise our individual lives.

Each has a background built for it, then a square image collection of fragments superimposed over it.

On a balcony in Nola by columnsovsleep

Apps used and backstory: I was walking through the French Market of New Orleans and stumbled upon the fellow looking down on his beloved city. I used Skrwt to adjust the vertical view and crop, and Mextures (original formula AMTAPGH) for color enhancement and and textures.

From my rotting body, flowers shall grow and I am in them and that is eternity. ~Edvard Munch by Lorenka Campos

Backstory: The story behind this image is told in the title. I think a lot about what physical death is and what happens after someone dies. The only thing I know for sure is that nothing is destructible; things just merely change forms.

The Iron Staircase by David DeNagel

Apps used and backstory: This image is based on a spiraling iron staircase located in the Old Courthouse, in St.Louis. The photo portrays the downward view from the top of the spiral.
The image resonates on several levels. For me, the staircase became an organic structure,with a sort of serpentine life and sculptural presence of its own, as it twisted downward into a black hole. It is a very moody composition with the dramatic play of shadow and light providing rich symbolic associations, even while still reveling in the tactile stolidity and tangible form of all that iron and wood. I wanted to portray the staircase as an inevitable, dark descent into a seemingly bottomless unknown, brightened only by the relatively small, comforting light of a window, hidden from view, I shot the image on an iPhone 6s Plus and processed it in the app, BLACK, using, I believe the Tri-X preset, with some manual adjustments within the app itself. I made further basic and tonal adjustments in Snapseed. I completed the image with a session in Mextures.

Apps used and backstory: I love going to the Georges Pompidou museum because of the incredible view of Paris. That day the atmosphere was so special the sky was all in shades of gray and blue. the incredible architecture of the buildings was reinforced by this beautiful light
Mostly I like to give to my pictures a painting effect this time I used Distressed Fx app
I reinforced the nuances of clouds with n and Mextures. I highlighted different points of the view with Snapseed.