This week’s Apps Uncovered presents a selection of what I found to be the most compelling images for the week in our Flickr group, across a wide range of styles and subjects – but with one common feature: none are “realistic” and all are either conceptural / highly manipulated or collages.

This week’s lead artwork, Red is Fashion by Eleni Gemeni, captures the eternal (figurative) feminine – and betraying a notable skill in traditional illustration (using ArtRage) rather than representative work or adaptation from captured imagery.

Red is fashion by Eleni Gemeni

Apps used: ArtRage and iColorama
Backstory: I always admired abstract figurative art. Yet always hesitated to create something myself. I have been using drawing apps for quite some time , mostly to create backgrounds for my collages, hoping that one day I will create my own sketches. Well, as soon as I bought myself a new stylus pen, I started drawing my own abstract figures. The features of the ArtRage app and the precision of the stylus proved to be great tools for the thin lines I needed to create my Fashion Models. These two female figures started as simple sketches on a slightly colored background canvas in ArtRage and then edited in iC olorama. In iC, my two models got a little nip tuck to shape their figure a bit more using the Warp feature. Then, after multiple edits, using Glass and Raise features, they got their abstract, funky looking dresses. Sharpen , color Enhancement and Lut adjustments features gave the final touches to the image. 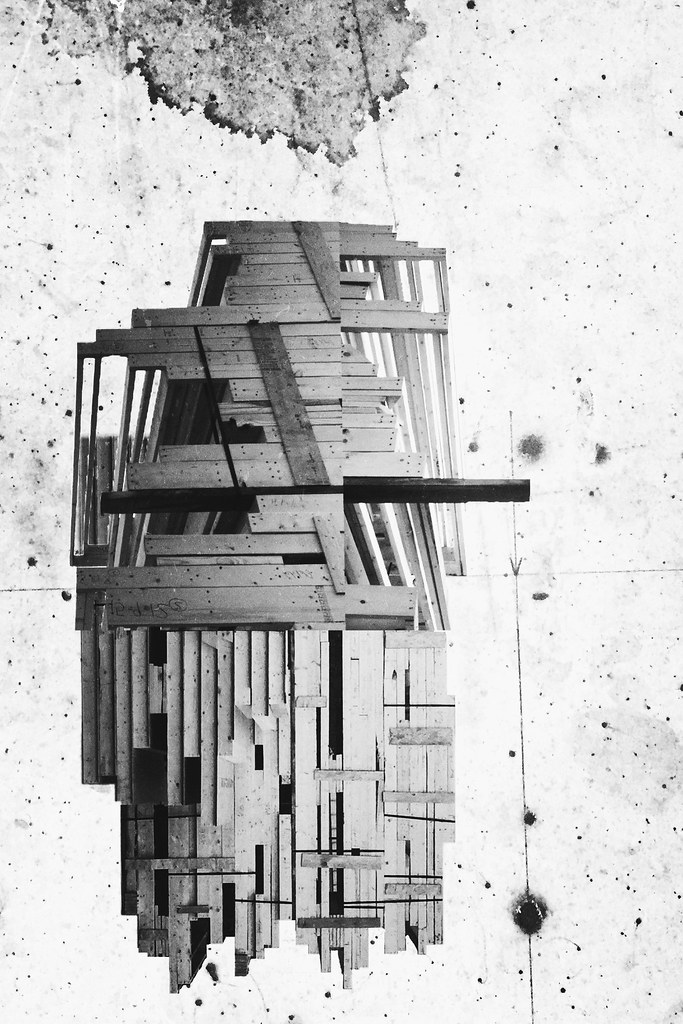 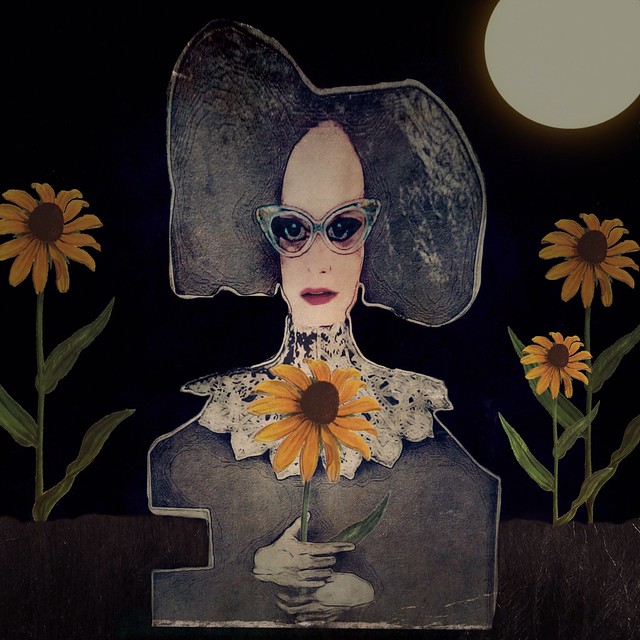 To a life well lived by lorenka campos

Apps used and backstory: PicsArt, Superimpose, Snapseed, and Stackables. I created the image as a dedication for a dear friend who lived her life with grace, love and creativity. I hope she knows how much she inspired me. 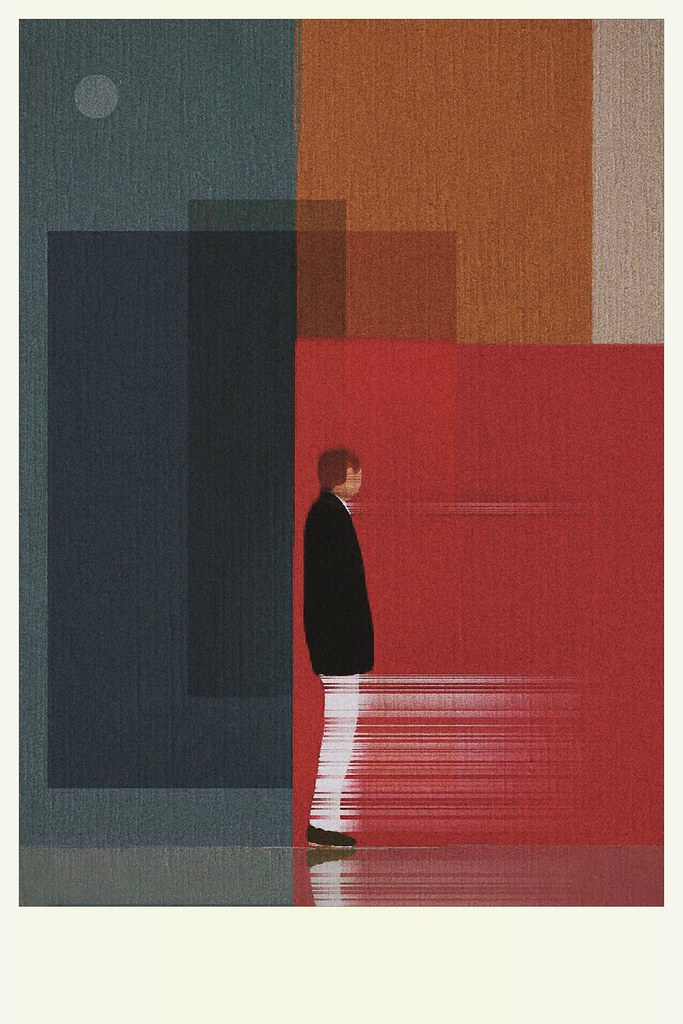 night and day by jun yamaguchi 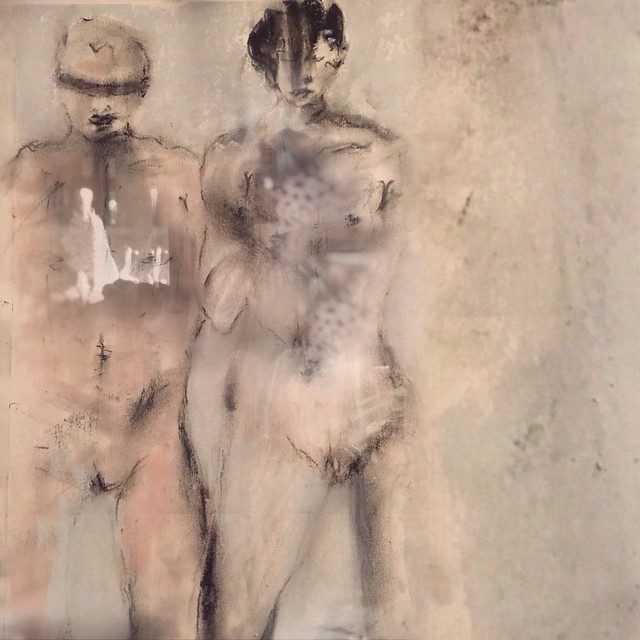 “Squinting into the Shadows” E. Hedegaard by janice grinsell

Apps used: image blender, superimpose and square fit.
Backstory: This piece is a dedication to Leon, a FMT, (female to male transgender).
It’s the burial needed to create new life, with respect and honesty to oneself. I hoped to portray the pain and struggle many embark on during this introspective part of life’s journey.
The caption was taken from a personal text to me by eric hedgeraard, making this a collaboration.

Apps used: Decim8, Trigraphy, Mextures. union, Sketchclub
Backstory: The IPhone and the various apps give me the possibility to always develop new image ideas to develop and implement. So it was again this time – as a starting point, I took photos of people with the camera of iPhone 5s and put them in a new context. 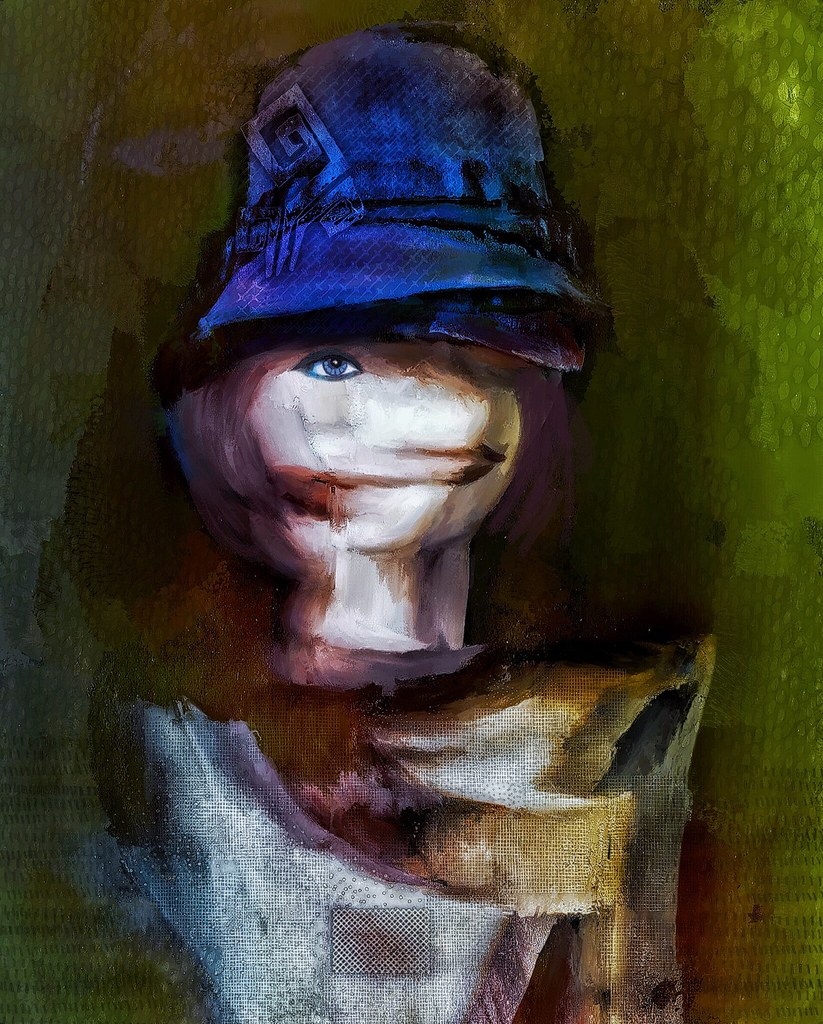 It was blue by barb nebel

Apps used and backstory: This began as an iphone6/procamera app image of a mannequin in a hat shop. I used iColorama and metabrush for all of the editing–iColorama is such a broad-based app in its functionality that I can use it for everything from simple to complex editing, and metabrush enables layers of brushing/painting. One of my favorite subjects is the mannequin, knowing all the fun I can have in making her look just a little human! 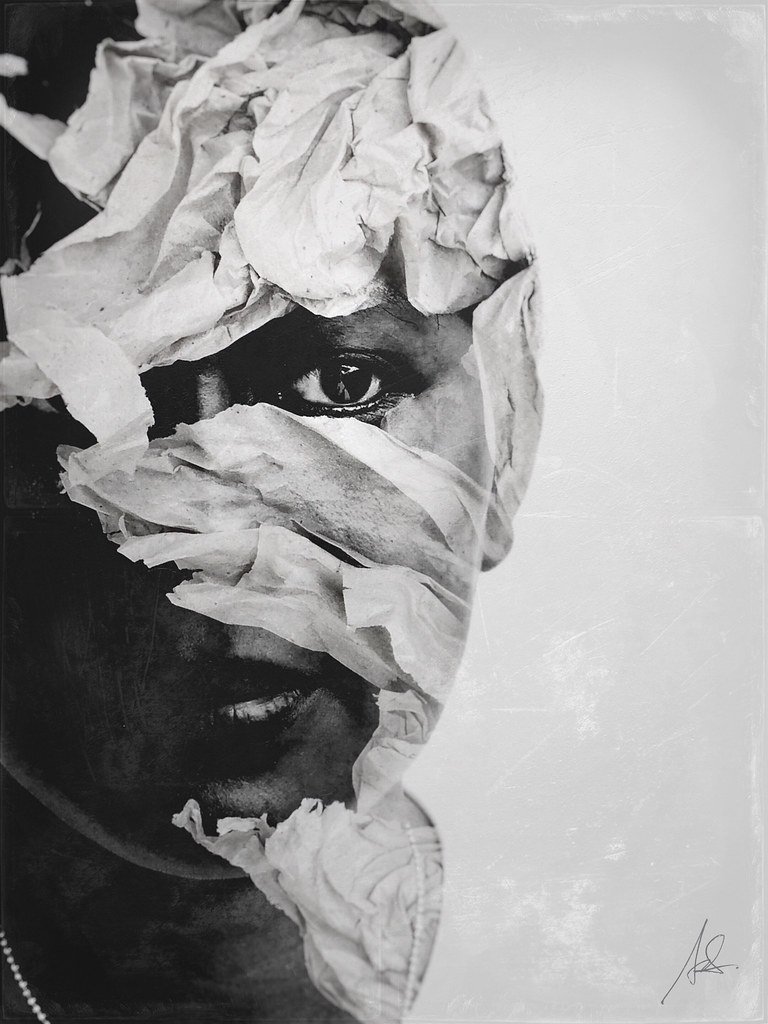 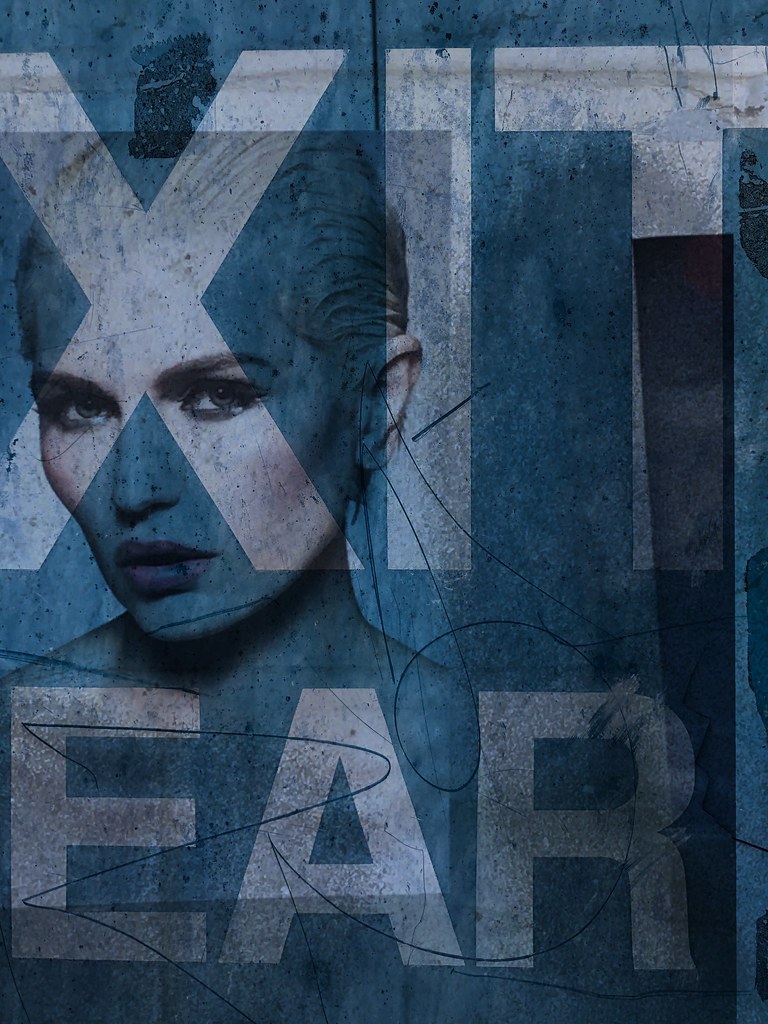