Welcome to this week’s Apps Uncovered, our weekly feature, showcasing iPhone art and photography from around the world. Lorenka Campos steals the lead spot this week with her stunning capture ““Give me your tired, your poor, your huddled masses yearning to breathe free.” It’s worth taking a long look at this photograph. Things aren’t necessarily as they appear…usually the makings of a good photograph and this one being no exception.

If you’d like to see your images in the running for selection to our weekly Apps Uncovered feature, be sure to list the apps you used to create your image when you upload it to the iPhoneographyCentral Flickr group. (And as an added bonus to other members who would love to learn from your successes, consider adding the “Backstory” describing the creative process that led you to capture and process the image as you did.) Thank you to everyone who submits to our weekly Flickr showcase. If you would like to be considered the weekly gallery, join our iPC Flickr group by clicking here. 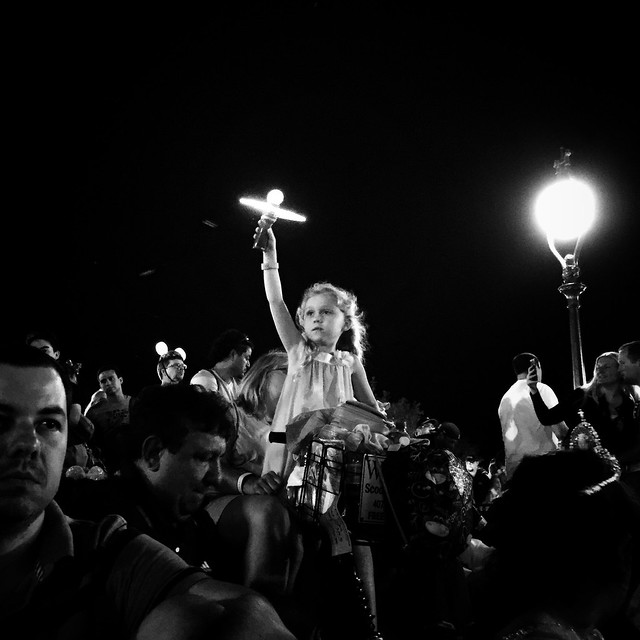 “Give me your tired, your poor, your huddled masses yearning to breathe free.” by Lorenka Campos

Backstory: This photo was taken with the native iPhone 6+ as a square photo at night. The only editing was in Snapseed changing it to black and white, tweaking contrast and adding a vignette to darken the outer areas of image. The image was taken while thousands of people were waiting for the fireworks in front of Cinderella’s Castle at Disney World. Most people were sitting had been sitting there for hours for a good spot. The little girl was standing on her mother/grandmother’s electric scooter waving a souvenir light. At the time she reminded me of Lady Liberty in the middle of an ocean of all these very tired people. I took many shots of her, trying to capture her seriousness and resolve. When I got this shot, I knew I had my Lady Liberty and thought the appropriate title should be “Give me your tired, your poor, your huddled masses yearning to breathe free.” 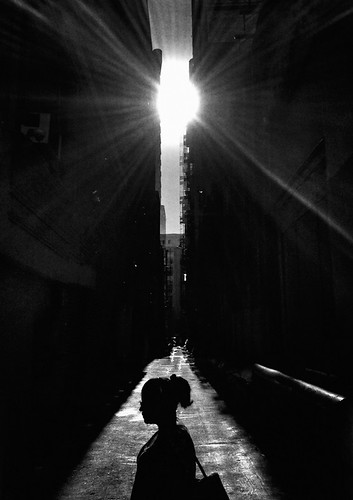 “In order for the light to shine so brightly, the darkness must be present.” — Francis Bacon [image] by David Ingraham 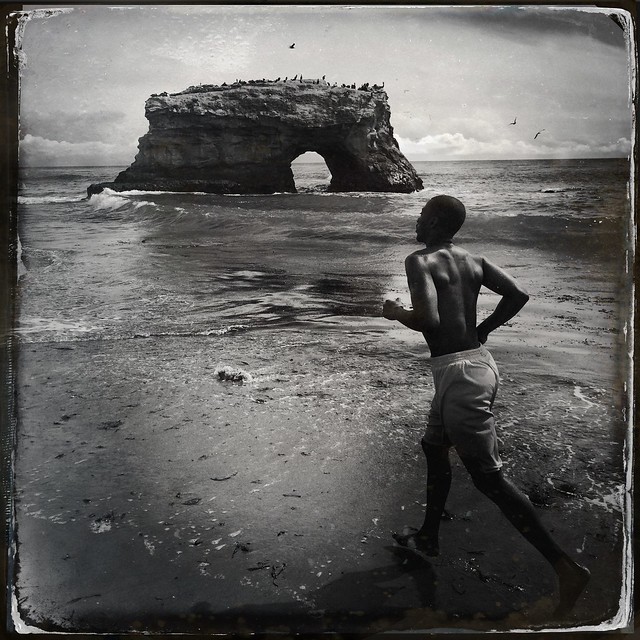 Apps used: I use an iPhone 5S and used the ‘Hipstamatic’ app with the John S Lens and D-Type Plate Film to attain the vintage black and white effect.
Backstory: This photo was taken at ‘Natural Bridges State Park’ near Santa Cruz, California. While taking photos of the dramatic seascape in the area, there were a group of friends surfing nearby. Unexpectedly, one of the young men ran by me, at just the right time to capture this photo. 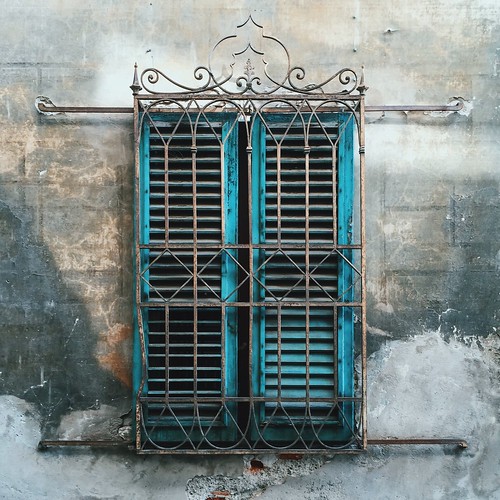 Apps used: Processed with VSCOcam with c7 preset
Backstory: I was walking around in Pistoia, wandering in the little streets that sorround che Historic City Centre when I noticed this window. What caught my eye was the green gate the sorrounded that window: pretty design, old and rusty.
For the editing: I always edit my images fully on my iphone. First I used Photoshop to enhance the overall quality of the image: highlights & shadows adjustments and I also reduced the noise. Then I opened the resulting image in VSCO where I applied the filter C7 because it makes the green parts of the image even more visibile. 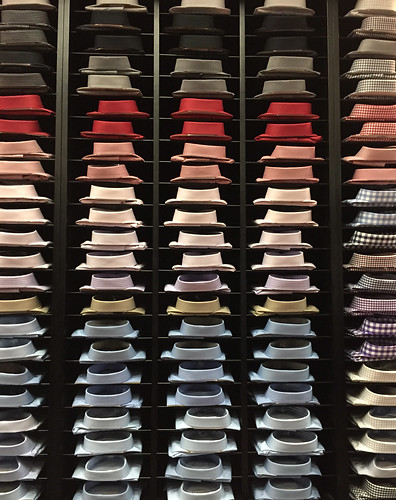 Apps used: Apple camera
Backstory: The picture is just straightforward except for a minor cropping. Its a display in a shirt store and it caught my attention because of its colorfulness and arrangement. So I just asked permission to the store attendant to take the picture and voila! 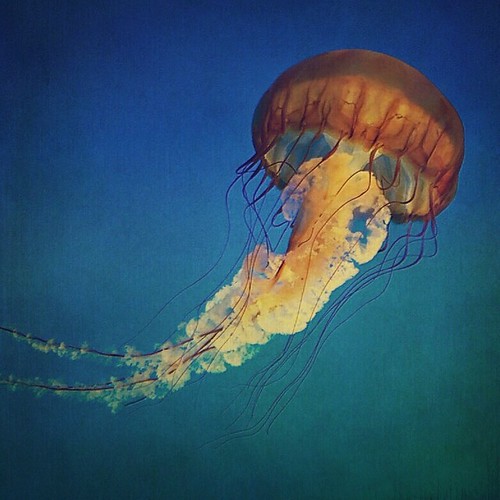 Apps used: Shot with my iPhone 6 native camera. The photo was edited using a saved formula in Stackables. Color matching was done using the native iOS photo editor. The final resizing and cropping was done in AntiCrop.
Backstory: Have you ever seen a live jellyfish? They’re mesmerizing. The way that they gently pulse and glide through the water can be almost hypnotic. The human eye seems to be drawn to this movement, I believe, in the same way that it is drawn to stare into a flame. This is the continuation of an ongoing project in which I present jellyfish as living art. 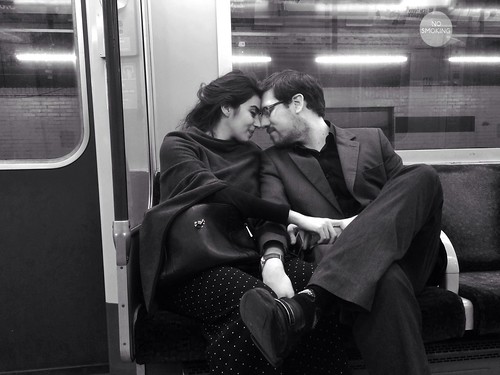 Westbound love on the District Line by Rob Pearson-Wright

Apps used: Snapseed – I used the tune image setting to adjust the brightness, contrast and saturation to make the image fit how I saw it in my memory and then used the black and white option to give it a timeless feel.
Backstory: A typical Friday night, played out the same way across cities around the world. Something you can typically see on the last trains home everywhere. Affectionate couples sharing the love. This particular couple had a whole film roll worth of sweetness in them. There was the kiss, the hug and the heads touching each other in their repertoire. The latter was the sweetest of their moments, as captured here. 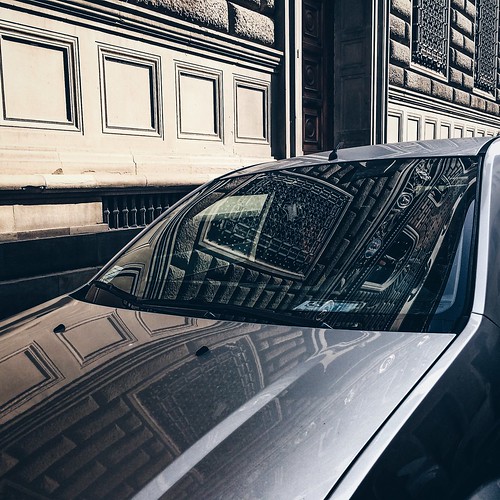 Looking through Pistoia by Marco Lamberto

Apps used: I was walking in Pistoia when I’ve spotted this parked car. I quickly took this shot before resuming my tour.
Backstory: My usual workflow starts with Adobe Photoshop Express for minor touches via clarity, contrast, shadows recovery, noise reduction and sharpening tools. Then I’ve passed everything into VSCO Cam and applied the HB1 preset, slightly vignetted and sharpened (+1). 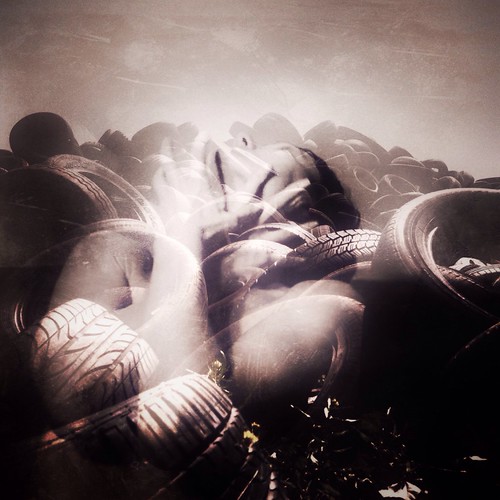 Apps used : iPhone 4S, iPad 4, filmic pro, Procreate, PC touch, monovu, snapseed.
Backstory:The background story was inspired from the suggested theme “climate change” for the COP 21 project. I used two shots and few apps to complete the image. The shot with the tires I did few weeks ago with the intent for the current theme. In the creative process I decide to mix with one of my self portraits, which I had in my photo stream. Together with many layerings and added effect through the listed apps finally I’ve got the result to complete my vision.

Winter in Spring by Cary Larrabee

Apps used: 645 PRO MkII, Dynamic Light, Tangled FX, Filterstorm, Image Blender, Mextures, Stackables
Backstory: I was on my lunch break from work, returning from running errands on a snowy day, and swung by a park near where I work to make a phone call. Driving by the south side of the park, I was struck by the fact that the trees had bloomed where they were bare just a few days earlier. I didn’t stop at first, but the green contrasting against the days snowfall and gray sky enticed me to circle around to get some iPhone shots. The snow was so slushy that I was walking in mud at one point trying to get a good vantage point to shoot. There are a lot of houses and a baseball field fence visible from the angle in this photo standing up, so I got down as low as I could when shooting to conceal those objects as much as possible, wanting to mainly capture the green leaves against the white snow and gray skies.

Processing this image started in Dynamic Light where two different versions of the image were saved, one using the default settings, the other using a setting in the FX menu. One image was opened in Tangled FX, processed using the Brush Strokes setting, then saved and blended using Image Blender with the second image saved from the FX menu in Dynamic Light . A black and white conversion was also performed in Filterstorm using the first Tangled FX image, and then blended with the first blended image to add some depth. That image was then opened in Mextures to apply a gradient from the Vintage Gradients tab. After saving, the image was then opened in Stackables to add layers of texture and get a more subdued look instead of the bright white and green in the original source image. 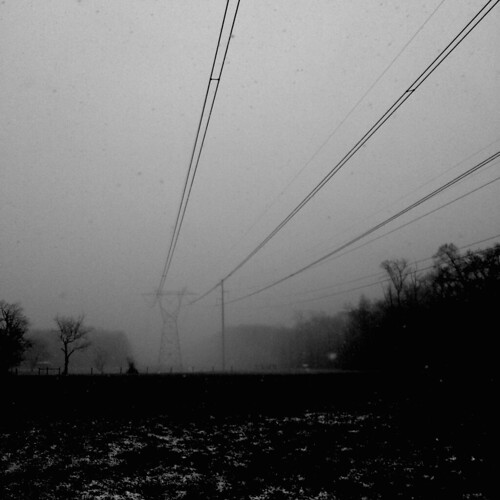 Leaf and Rocks on the Beach by Bill Green