Welcome to this week’s Apps Uncovered where we feature a range of iPhoneography talent and reveal the creativity and techniques behind each of the iPhone images featured. We have a strong illustration piece scooping the lead image spot this week from Masaki with his fabulous surreal cyborg image. Once again the power of the iPhone and iPad demonstrate the creativity available in our pockets when we engage with our own curiosity and creativity. New kid on the block this week includes kCe7 with her striking black and white female portrait. If you like the strong, edgy female portrait featured here, I encourage you to view the rest of her fantastic flickr stream. xxfromneptune makes her arrival with her intriguing piece featuring a female figure seated on a bed; a story is unfolding here… Our much admired regular, Susan Blase is back with her beautiful mesmerizing dancing colours and shapes as is Nettie Edwards (Lumilyon) with her equally delicate fusions of natural forms and light – both artists musical in the way that both their art features patterns and rhythms. If you’d like a chance to be featured in this weekly showcase, please remember to include your apps and backstories with your photos. Thank you as always for submitting your amazing work.- Bob Weil be back next week with a new set of 12 images, stories and apps. For a chance to feature, please join our Flickr group.

Thank you all for contributing your wonderful images and we look forward to discovering the stories and techniques behind them. If you have any questions regarding this, please email Nicki at nicki@iPhoneographyCentral.com 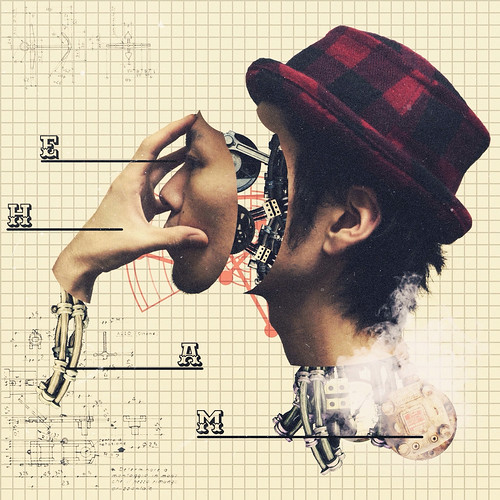 You’d tear my skin from bone by Masaxxpay

Backstory: I thought that I would like to make an image similar to a cyborg.
Many photographs from my camera roll and free stock photographs were used.
I made this similar to the style of cover art of progressive rock music and SF movies. 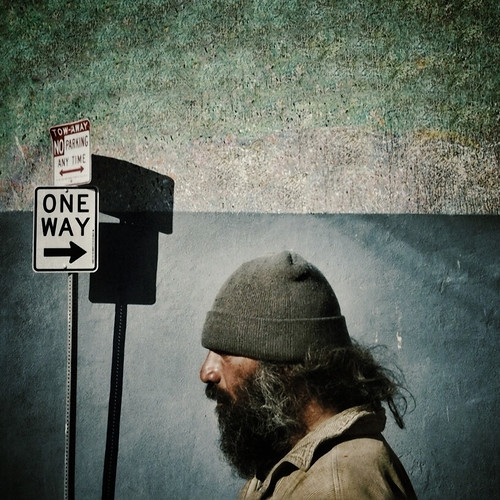 Only the Lonely by David Ingraham

Apps Used: I shot this using the now-discontinued Kitcam, pulled out some detail, tweaked the color and vignetted in Snapseed, removed some distractions on the wall using the clone tool in Luminar, added some extra space up top via AntiCrop, and then did some final color adjustments in VSCOcam. That’s it!

Backstory: Venice beach is one of the great people-watching locations of the world — a fascinating blend of tourist-trap meets urban/ghetto/surfer/skateboarder vibe — and I love to shoot there whenever possible for that very reason. This interesting character is just one example of the varied selection of humans that can be seen wandering the streets of this (in)famous place. 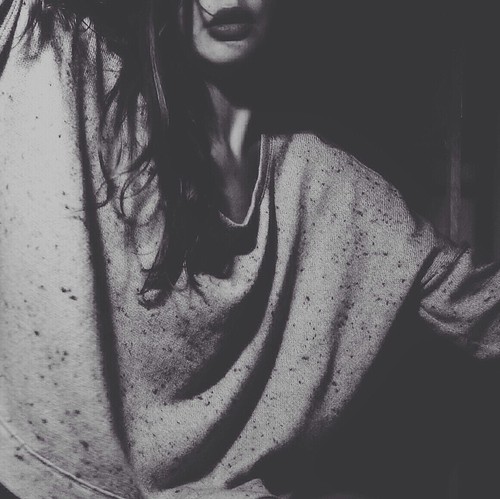 Apps Used/Backstory: I never plan what I will do with a picture; I love to change and decorate to create certain emotions. The Apps used for editing were iColorama to change the features of my face a little, Superimpose to place the butterflies around my head area and for contrast I used Snapseed, Noir Photo and MoVu. 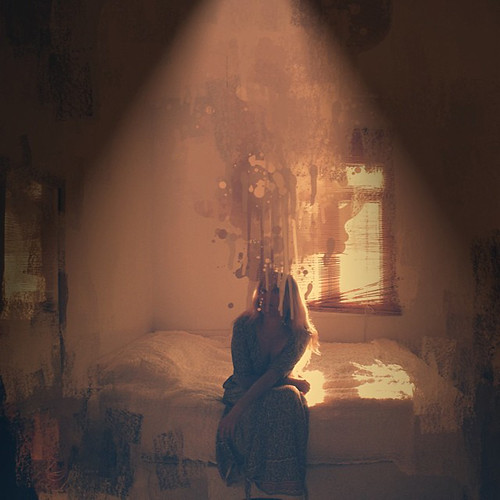 Apps used/Technique: I took this photo with iPhone4 via Camera+ app and used Repix for painterly effects (some brushes like drips and chalk). I also used Stage Filter for the light and then Snapseed to adjust brightness, contrast and saturation. 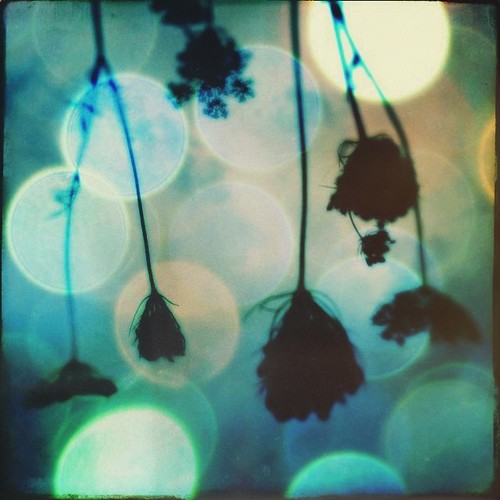 Hung Up by Susan Blase

Backstory: I was just trying to escape into a dreamy state amid the chaos!!! I thought the image captured that feeling and hanging in a balance between real and surreal. 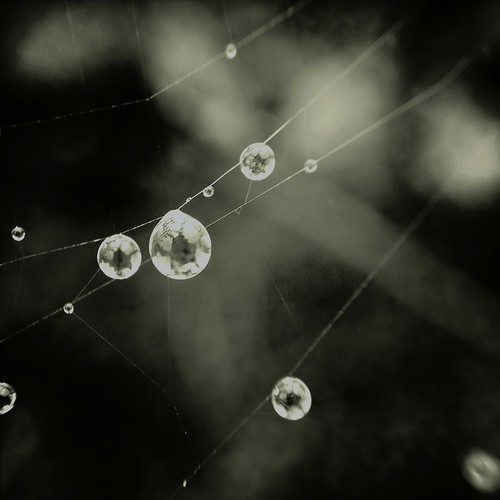 Apps Used: This was a Macro Hipstamatic shot (Claunch/John S) cropped.
Levels were then adjusted in Snapseed and finally the original and processed version were blended using the Blender app.

Backstory: This photograph was shot in Painswick Rococo Garden, Gloucestershire. I’ve been visiting the Garden for over 20 years, during which time, it has been lovingly renovated and transformed from what might be described as a jungle, to it’s current glory:  the only complete Rococo Garden in England.  I especially like to visit when it’s raining, or just after it has rained when everything sparkles and shines.

Apps Used: The picture was shot on my i phone 4s with Blux Camera Pro in night mode with the seoul filter. Black and white in VSCOcam X series. I then added a filter with the mextures app. Guest formulas Dutch from Jordy Van Solm..(Guest formulas are filter combinations created by Mexture app users and are available to use on your own photos if you own a copy of Mextures).

Backstory: This is the portrait of Philippe Genion, a friend of mine. He is a writer a singer and has many others talents including oenology … We are from Belgium hence the title “The Great Belgenion.” 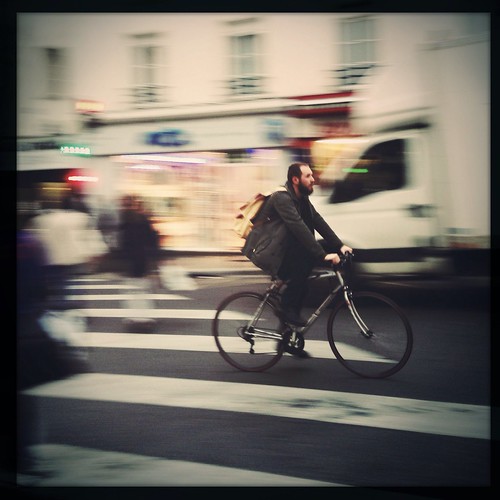 “Look, if you had one shot, or one opportunity, To seize everything you ever wanted. One moment. Would you capture it or just let it slip?” Eminem by clok_moitie

Apps Used/Backstory: The apps I used are: PS Express to square crop the image…and Snapseed. I found this blue jay feather while on a walk with my puppy…one of those serendipity moments. I shot it against an old book page using my iPhone5 native camera app and then processed it on my iPad. 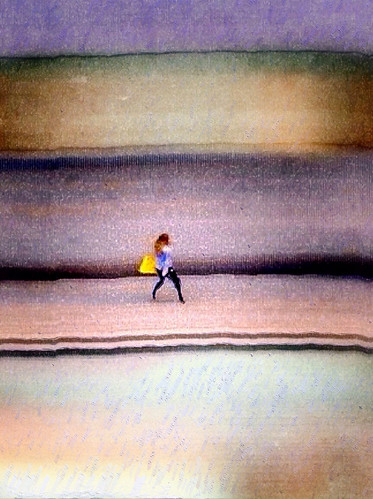 Apps used: (iPhone4 capture with iPad edits) Slit-Scan, Glaze, Juxtaposer, Blender, and Snapseed
Process: I captured this from the 3rd level of a parking garage with Slit-Scan. The resulting image was quite small so I increased the size in Blender – yup, Blender. I know there are perhaps better ways, but that’s what I did. I simply shoot a frame in Blender and import the Slit-Scan image to the foreground and Presto – size increased to full frame. I cover the lens to get a black frame but I guess it doesn’t really matter what the image is because I set the blend effect to normal and drag the Blender slider far right. The important thing is to make the Slit-Scan image larger.
The other apps are for various tweaks to taste. Since I save various selects from each app, I use Juxtaposer to selectively blend parts of the various images I like. 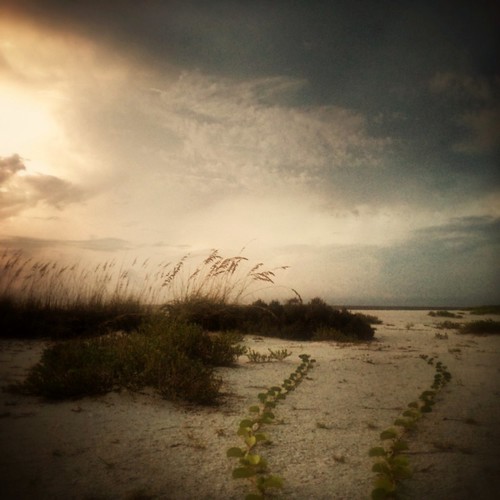 Apps Used/Backstory: For this one I used Hipstamatic (Jane, Blanko Freedom 13), touchretouch, Filterstorm, Snapseed and PhotoFx. I think the full moon did wonderful things to the conditions that day.