This week’s Apps Uncovered presents my selection of images from our Flickr group this week that suggest the arrival of the winter season.

This week’s lead image is Falling Leaf by J.M. Hull – a shot of the falling leaves in his neighborhood, favoring his pet dog whose coat happens to match the autumnal color scheme to a tee. 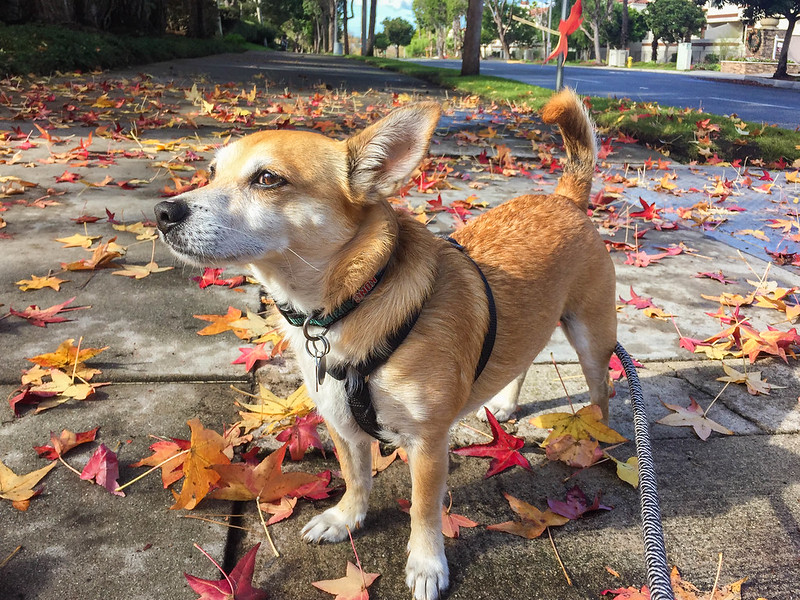 Apps used and backstory: My wife and I were walking our dog when she asked me to take a photo. Normally I drive her crazy by taking too many photos so I was surprised when she made the request. She liked the colors of the leaves and thought it might be a perfect photo for the calendar I make for her every year. There are several photos where the composition is better and the leash isn’t wrapped around his rear leg but this one had the falling leaf in the back and he had a great pose so its my favorite. I edited the photo in Adobe Lightroom Classic CC.. 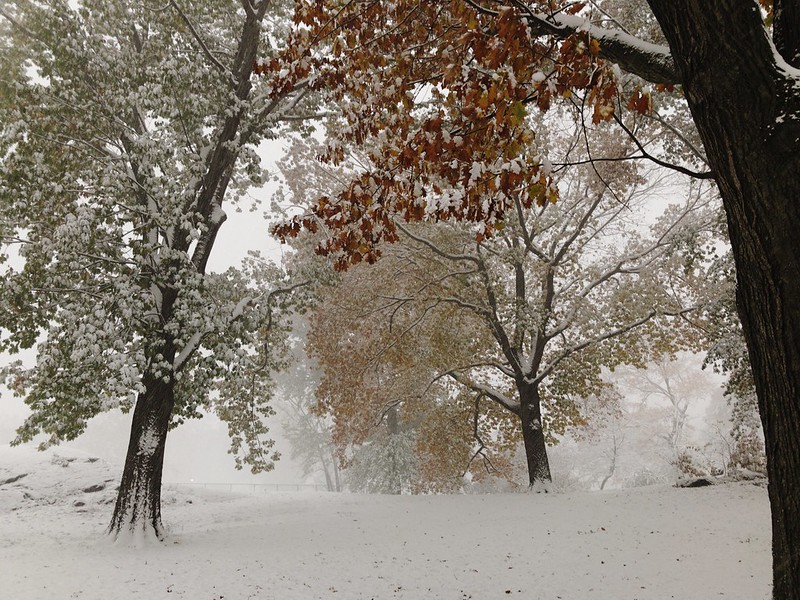 Apps used and backstory: I guess what makes this image a little unusual is that it was taken in the midst of the second biggest November snowfall in the history of New York City. Therefore, we have the combination of two seasons, since this image shows a fair amount of Fall color during a highly unusual very early season snow fall. It gives the viewer the uncommon layering of colors and textures not normally visible in Winter. The image itself was taken in RAW format and minimally edited using Snapseed. The shot itself was taken on an iPhone 7Plus.

Apps used and backstory: This was taken on Ardoch Road in North Frontenac County. There were at least 13 turkeys on the road that just wouldn’t move. So, I pulled out my iPhone and my DSLR and took a quite a number of shots. This was taken with my iPhone 8 using the camera+ app and processed in Lightroom cc mobile. 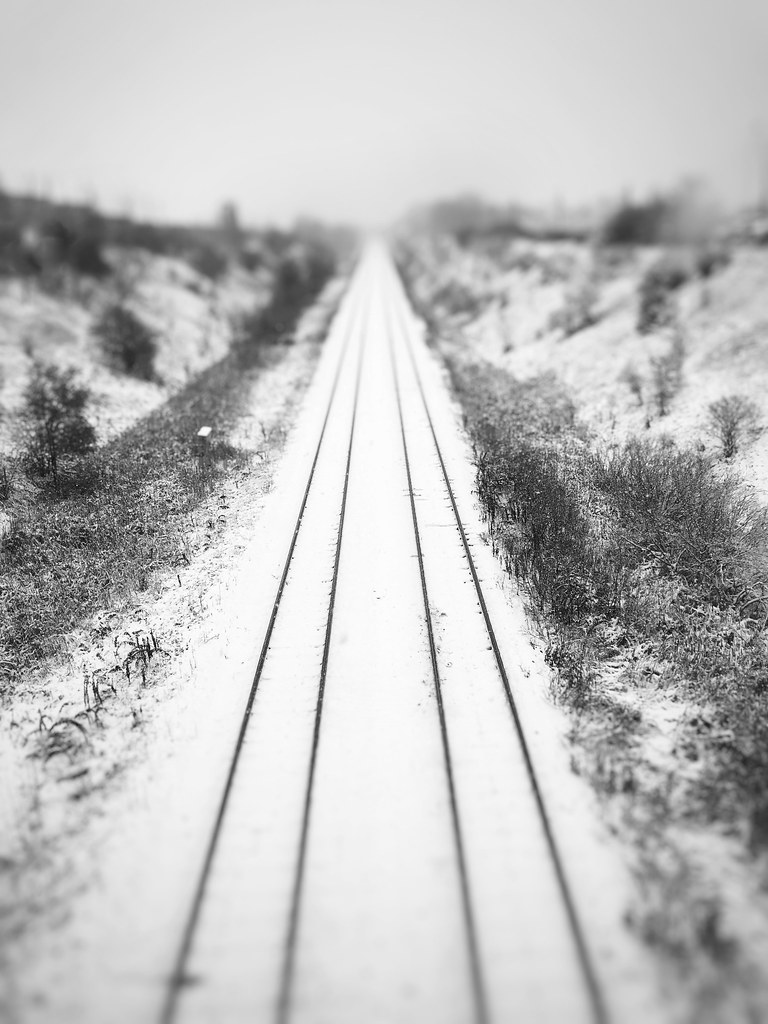 App used: Snapseed
Backstory: I took the photo on a Friday morning going to work during the first snow fall in Toronto. I saw the tracks and stopped near by. Walked on a bridge over the tracks and took the shot. 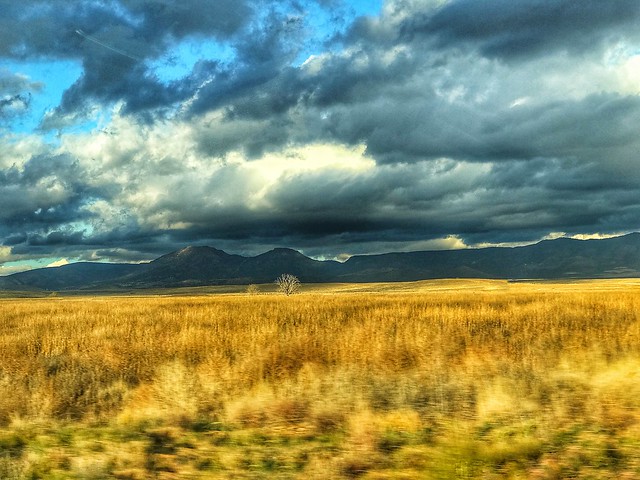 It is time, for stormy weather by Ryan Richards

App used: Snapseed
Backstory: I was driving North from Phoenix and the contrast of the light and dark stormy clouds was amazing. 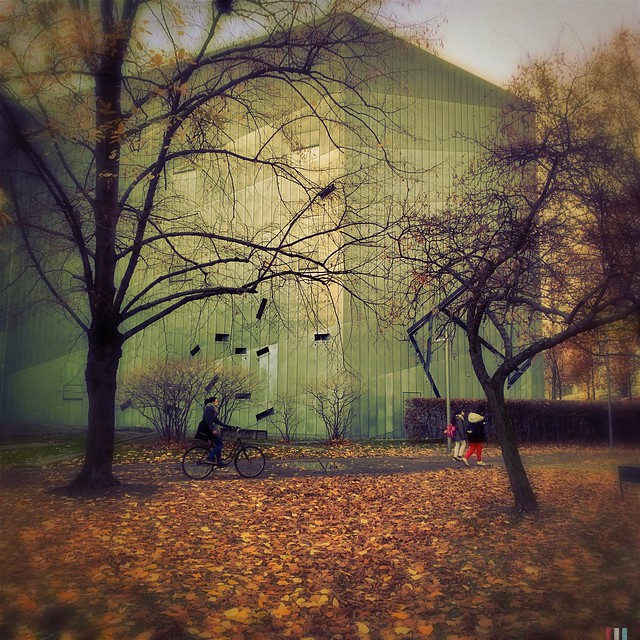 App used: Hipstamatic with Sergio lens, Blanko Freedom13 film and Apollo flash.
Backstory: This photo was taken with the iPhoneXS for my 365 day project using only Hipstamatic photos taken with the randomized shuffle effect straight out of the camera. The shapes of the trees compliment the odd window shapes at the Jewish Museum. For this shot I waited for some passersby and the shuffle function of Hipstamatic provided me with this combo which emphasized the fall colors and gave a slight dreamy quality to the scene. 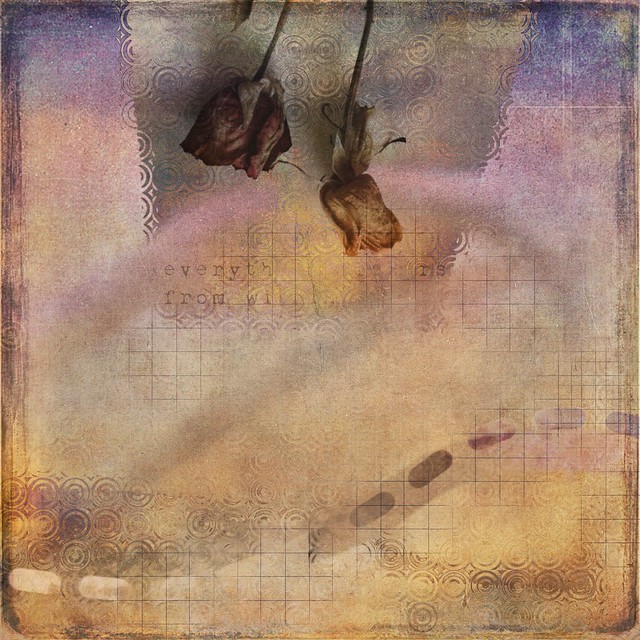 Apps used and backstory: This image was an experiment, and I’m afraid there really isn’t much of a story to go with it. It’s mostly about process in this case:

I have just acquired Superimose X and this piece was my introduction to that App. I often start with a simple idea, and let it develop as I go. In this case intended to focus on the layering ability using different textures that I have created and collected. I have been exploring layer effects since I started using Photoshop years ago. I created a simple geometric mask and chose an editing effect for the top layer. I found that with a couple of layers of texture there were lots of editing variables. I drew in the dotted line filling out the composition.

I brought this saved image into Procreate to add my image of the dried flowers, and type which I had on my camera roll. I thought they made a nice foil for the geometry that I created. I brushed in the grid, and smeared the image in Procreate, adding yet another layer of effect. I did (as always) fine tune it in Snapseed. 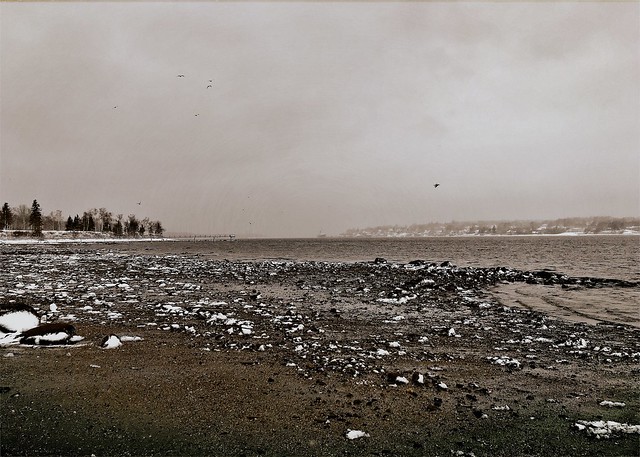 Apps used and backstory: I took this photo with the Hipstamatic app after our first snowstorm of the season. It’s a scene that I love and know well as I have been walking this beach on Penobscot Bay for over 40 years. I photograph this beach in every light and in all kinds of weather. The light was muted and I wanted to capture the quiet after the storm. 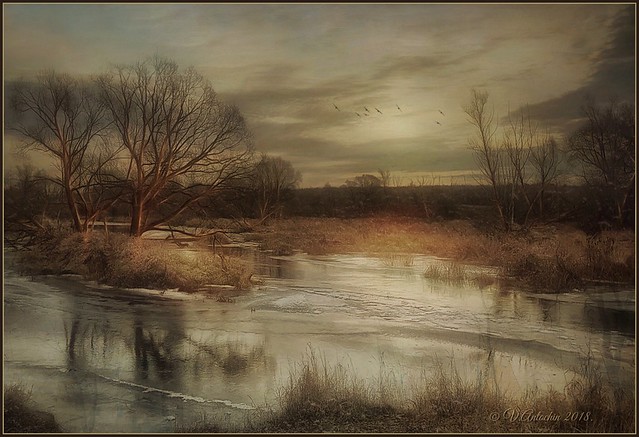 The first ice on the river Protva. (Borovsk) iPhoneX by vadim demjianov

Apps used: I constantly use two programs for editing: Snapseed and iColorama.
Backstory: Near the city a lot of scenic spots that are interesting to visit in any season. On this frosty day, the river was shackled with the first ice, but the snow had not yet dropped. This is unusual for our strip winter landscape. I think I was able to convey my admiration for the landscape he saw. 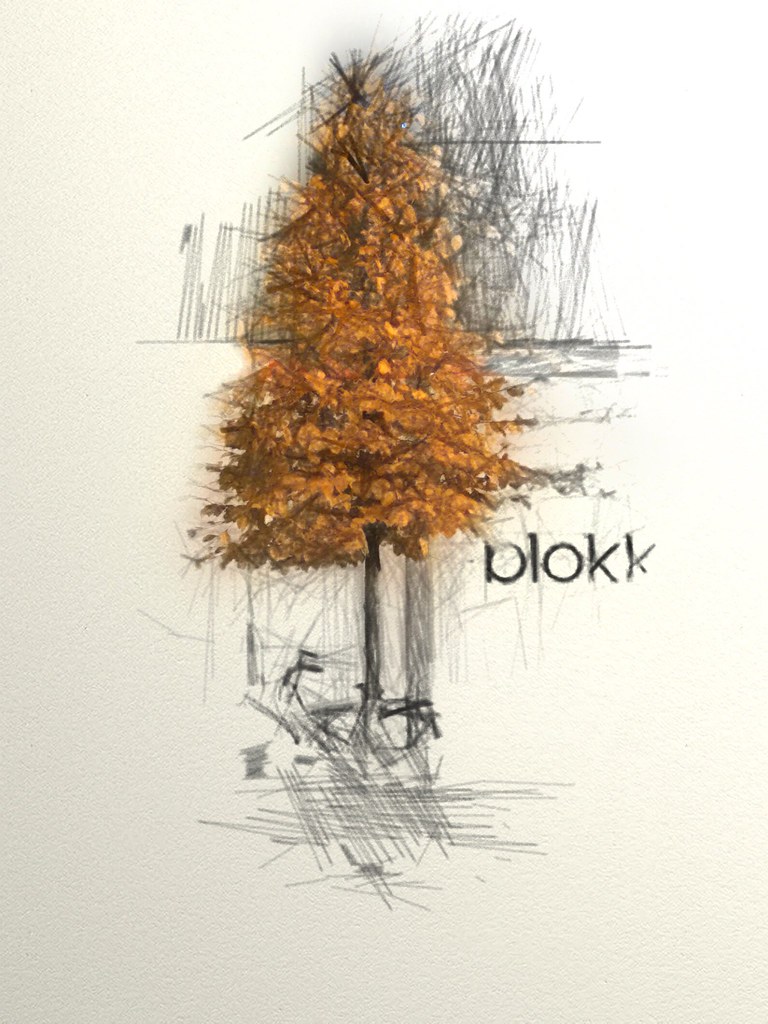 Apps used: Snapseed, Artomaton and Juxtaposer.
Backstory: This is autumn in Holland. Every Dutchman would recognize this scene as typical Dutch because of the contours of the bike and the firm Blokker.