This week’s Apps Uncovered presents a selection of what I found to be the most compelling images for the week in our Flickr group, across a wide range of styles and subjects – but with one common theme – some aspect of the scene or technique depends on a reflection or series of reflections for it’s effect. Why this choice of subjects? I’m coming off a four day shoot in Los Angeles which focused on capturing photography that quite literally in intended to capture a “reflection of LA.”

This week’s lead artwork is by Laurence Bouchard, and offers a fascinating high-contrast look at a businessman rushing to his appointment, with the numbers counting down in the foreground, and his reflection along the groundplane.

If you’d like to see your images in the running for selection to our weekly Apps Uncovered feature, be sure to list the apps you used to create your image when you upload it to the iPhoneographyCentral Flickr group. (And as an added bonus to other members who would love to learn from your successes, consider adding the “Backstory” describing the creative process that led you to capture and process the image as you did.) NOTE: Be sure to access your personal preferences to allow Sharing/Embedding of your images – we will not be able to include them as as a possible selection unless you have enabled this feature. Thank you! 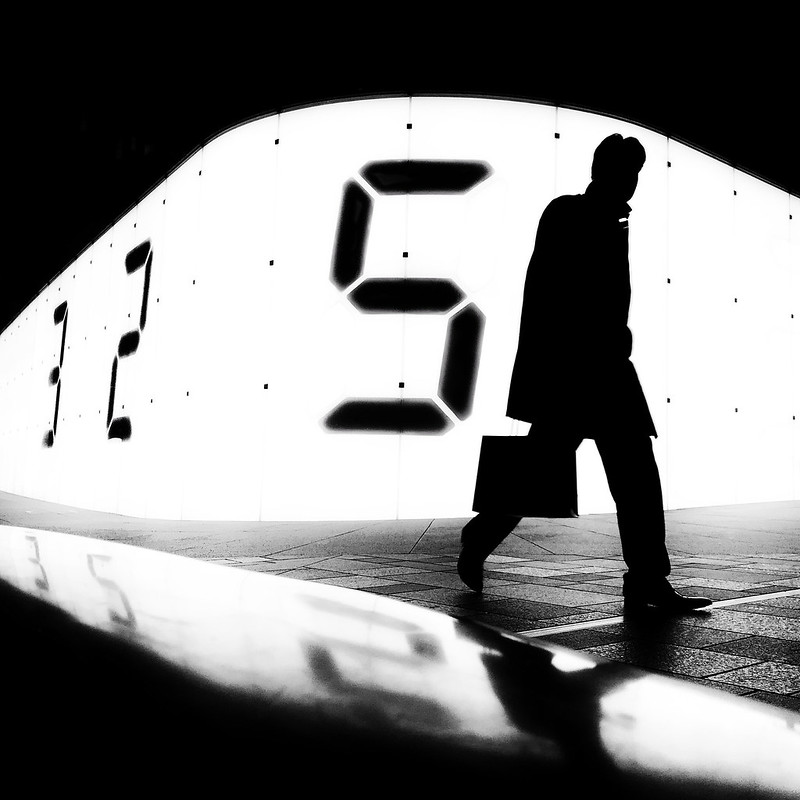 Apps used and backstory: “325” was shot in Roppongi, Tokyo. In the background is an art installation by Tatsuo Miyajima that is relit for 3 nights to commemorate the victims of 3/11 (the big Tohoku earthquake in March 2011). Apparently this was to be the final year that Tv Asahi (the company that commissioned the art installation) would relight the art installation. I shot as much as I could the evening I went. This was one of my favourite shots and I shot it in burst mode as a man walked past late at night. I then tweaked the image slightly in Snapseed. 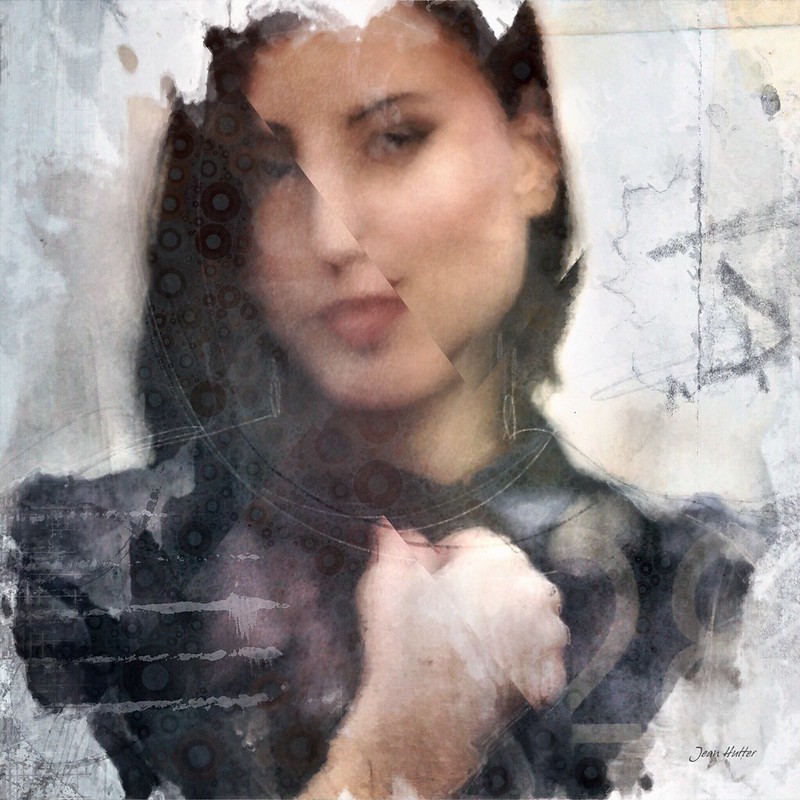 Cutting The Ties by Jean Hutter

Apps used: iColorama, Percolator, Trigraphy, Waterlili, Forumlas
Backstory: I am taking an online class on my iPad and using a lot of new, for me anyway, apps. I am having fun and learning a lot experimenting with some different effects. I am loving Percolator and Trigraphy and am getting some amazing and unpredictable results. 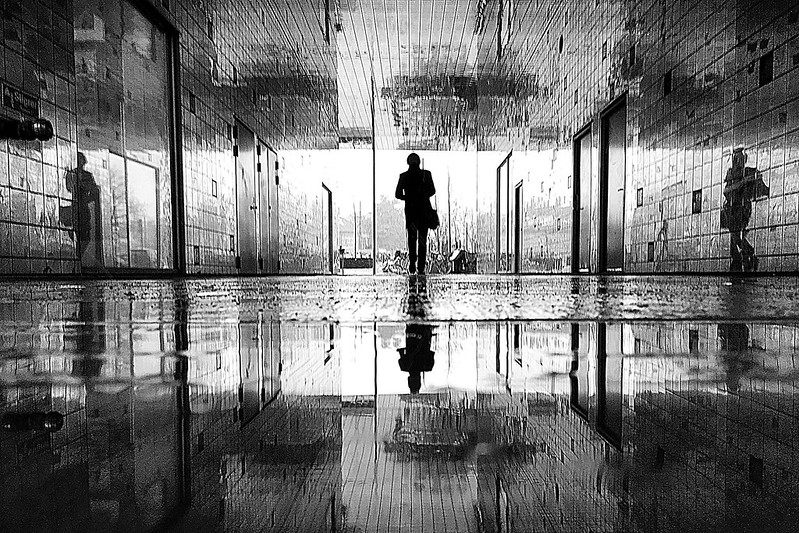 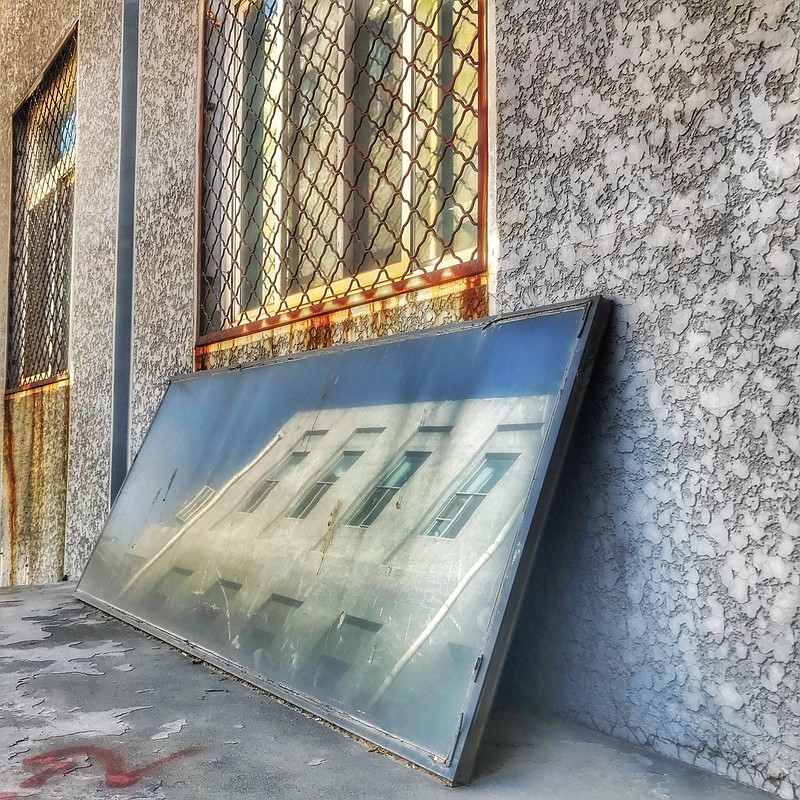 Apps used and backstory: Beijing is full of possibilities for photos. This was during a walk on the premises of the National Space Science Center. The place is not exactly beautiful, but there are interesting corners. This reflecting slab under a rusty window had a dreamy look and this is what I tried to catch. I shot with the default camera app on an iPhone 7plus and edited with Snapseed. 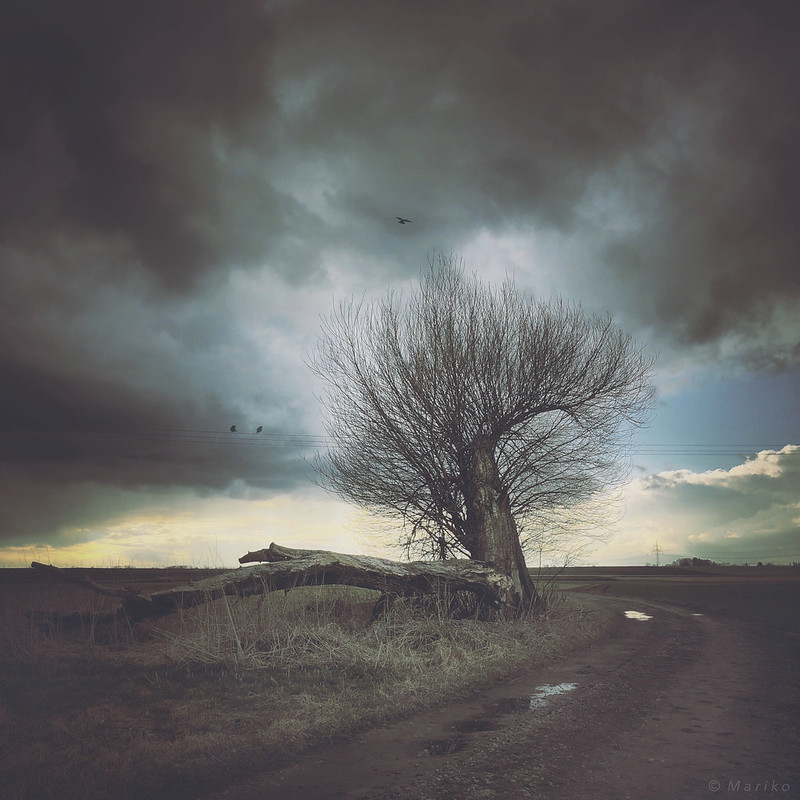 Apps used: Picture was taken with an iPhone X, edited with Snapseed (basic adjustments), Mextures (filters) and SkyLab (birds).
Backstory: This tree used to be one of my favourite trees until a storm has broken off a large bough some years ago. It was a beautiful old tree standing on the edge of a field at a winding road. I completely had lost interest but a few days ago I came across this tree again. The bough is still lying beside, but the tree seemed to be recovering, twigs growing everywhere. There was a storm approaching and the tree fitted perfectly into this somber mood, so I decided to give it another try. 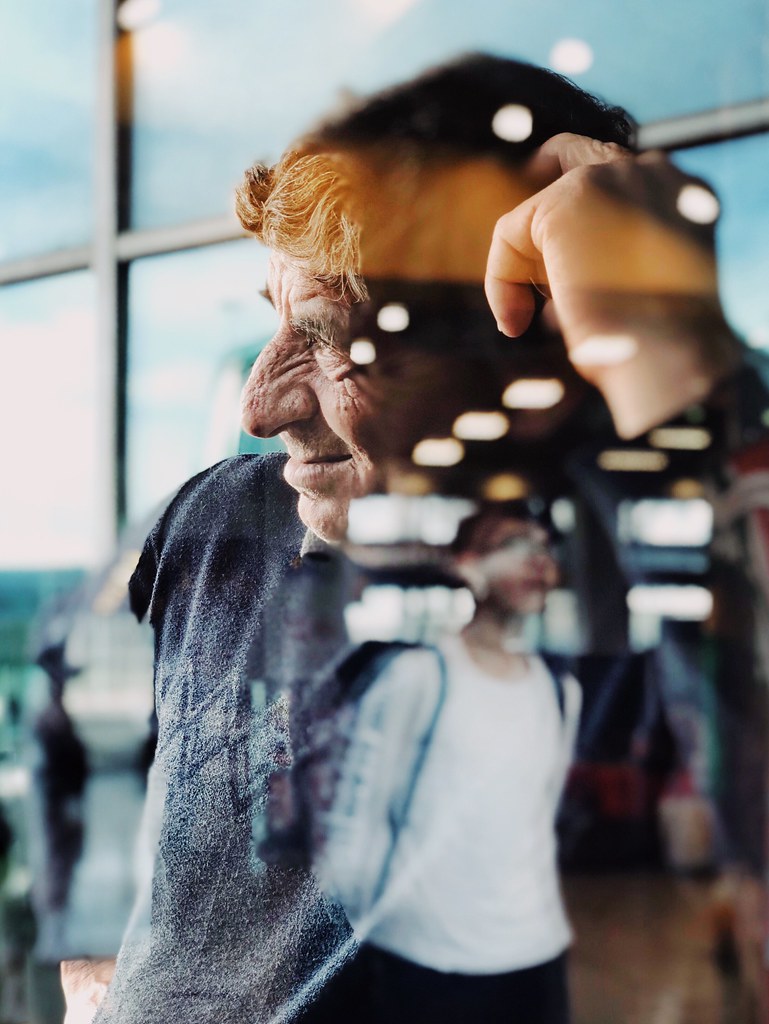 Apps used: the shot was taken with the iPhone 6s using Camera+, edited with Hipstamatic John S Lense, AO BW film, jolly rainbow flash and with snapseed.
Backstory: It’s quite a time the shot was taken. It was a sunny saturday afternoon in fall, good light but nothing happend. I was just playing around with reflections in shadow and light. Suddenly the guy came around the corner – luck! 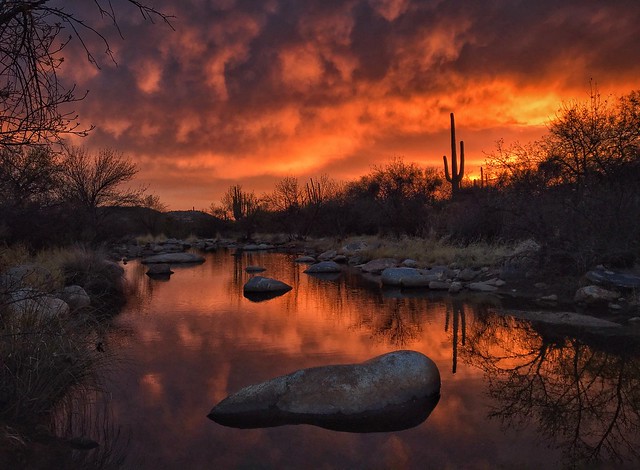 Just after sunset, where the creek exits the desert canyon… by Joseph Cyr

Apps used: I took this with the iPhone6s native camera, using the Snapseed app for a bit of exposure correction and balancing.
Backstory: I feel very fortunate to live just a few minutes away from this spot in the desert. The other day, at the end of a long grey afternoon (somewhat unusual for Tucson), I was out running an errand, when I had a hunch that the sky might light up at sunset, since the western horizon had a hint of clearing. So I drove up to this trailhead at the base of the Santa Catalina Mountains, made my way to the creek’s edge, picked a rock to sit on, and then waited. Just after sunset a few minutes later, the bottom of the clouds began to light up with this ethereal glow, revealing their texture. I often go for runs in this area, and for much of the year, this is just a dry creekbed. After some late winter rains and mountain snowmelt, the creek has been resurrected, transforming the area into an oasis. Sunset reflections are few and far between in the desert, so I was glad to catch this combination of this sky, with these saguaros, this time of year.