Welcome to this week’s Apps Uncovered, our weekly feature, showcasing iPhone art and photography from around the world. We have some great black and white photographs this week including our lead image by “Tough” by Marco Lamberto. The title tells us what we may have guessed already about this character, emphasised by the stern look and the tightened mouth. Also notice the fortuitous framing of this shot; the ornate iron pattern in the background both helps to frame the guy’s face and also complements the patterns in the foreground on the man’s suit. Thanks Marco for sharing this great shot on the iPhoneographyCentral Flickr group. 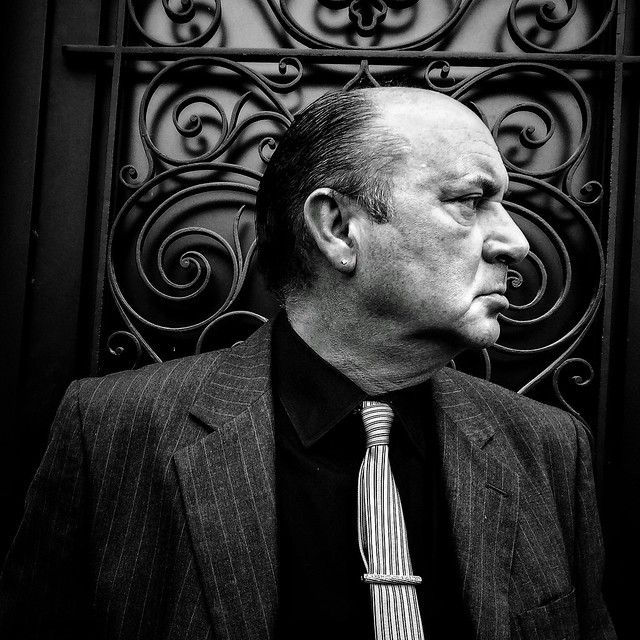 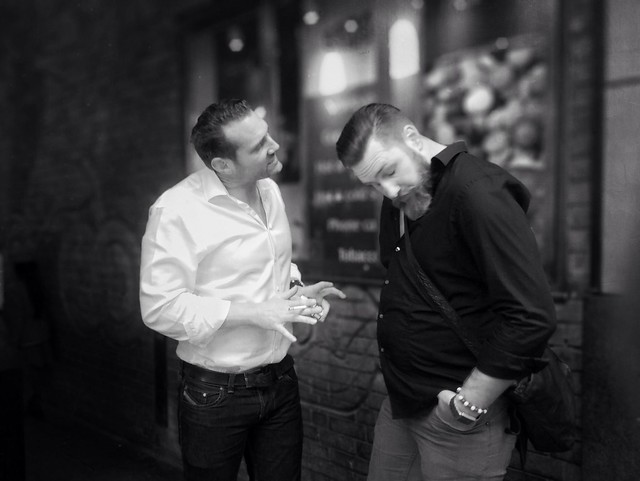 My bad by Rob Pearson-Wright

Apps Used: Shot with an iPhone 5S using the native camera. Initially edited in Snapseed to crop the image slightly, tweak the brightness and boost the warmth. Then I used BigLens to create the shallow depth of field effect. For some lighting effects and to turn the image into black and white I used Noir. Finally, I added a little bit of texture with Mextures.

Backstory: After work, I took advantage of a warm and sunny evening to go on a little photo walkabout. I walked past a busy pub with loads of people out side enjoying the sun with a drink. Just away from the pub I noticed two men engaged in a heated discussion with some strong gesticulations thrown in for good measure. I positioned myself in front of them and pretended to make a phone call whilst composing the shot out the corner of my eye. I took quite a few shots of the two guys during their argument but this one seemed to sum up the situation perfectly. The man in black had apparently done something at work on his own initiative but instead of a ‘win’, he had put his colleagues in a bad position. Hence the man in the white shirt reading him the riot act. The man in black was trying to justify his actions but really knew deep down that he had made a mistake. I think that this is captured in this shot. 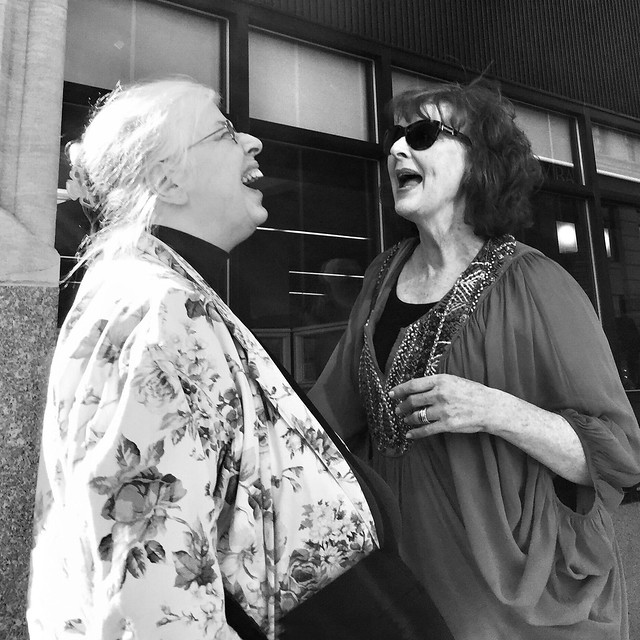 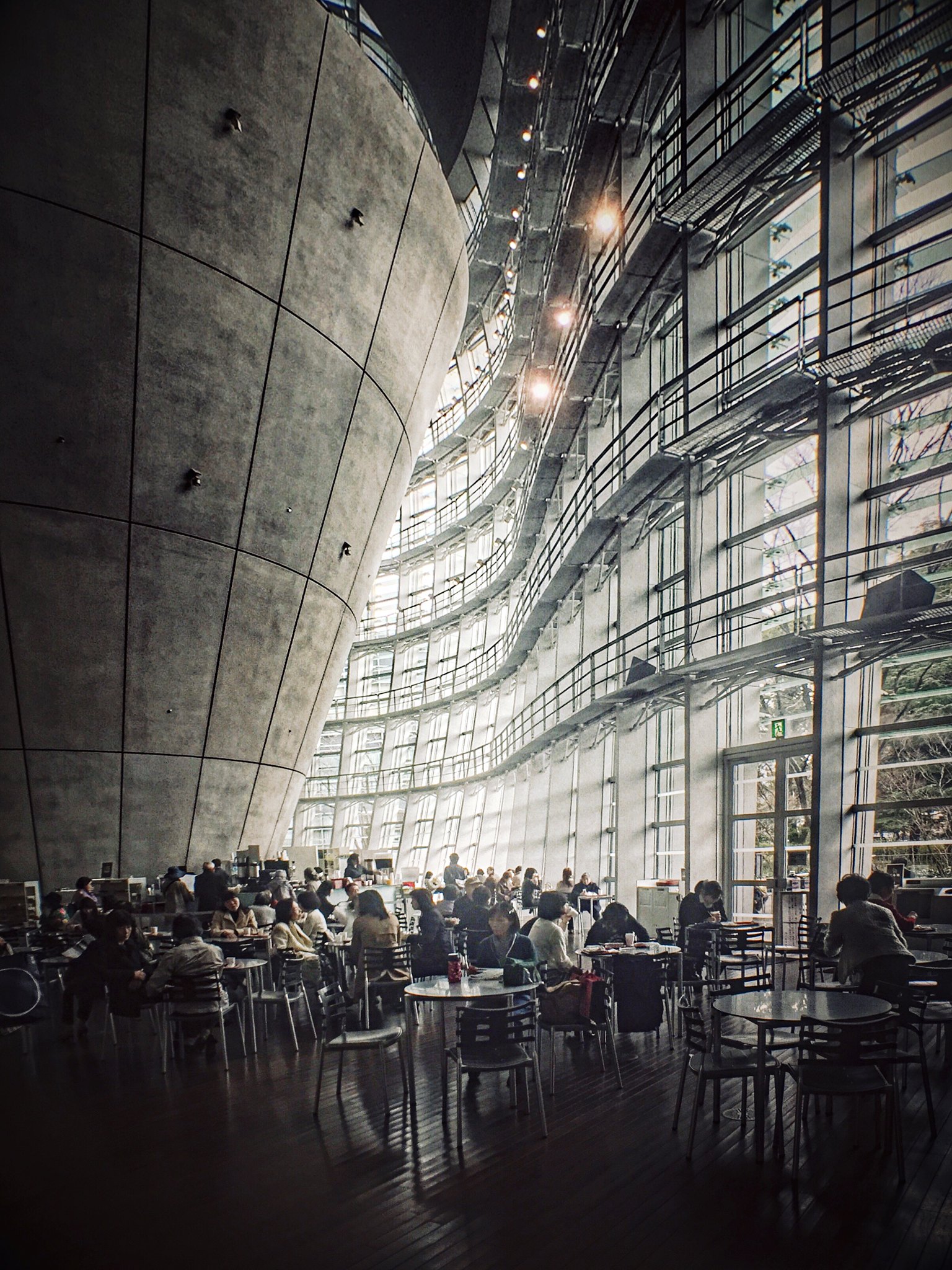 Lunch at the museum by ARCH

Apps Used:I used Moment wide lens for iPhone 6 and then the following apps:

behind the door by hanakai2001

Backstory: This is an old building built about 80 years old. all what I saw here fascinated me. I took this photo while imaging a theme ‘trap’. I was lucky to be able to take pictures here. because a few years later this will be pulled down. 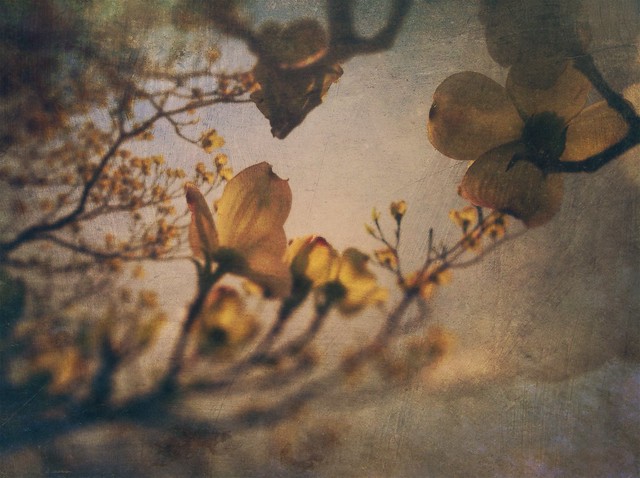 Apps Used: Tadaa, Mextures and Pixlromatic on iPhone
Backstory: I took this shot of wild Dogwoods that just came into bloom. In Tadaa I adjusted the focus and tone, and I originally had it edited with much cooler hues. Once I added the texture via Mextures, I realized I kinda liked the warmer colors for this and kept them. I further enriched the antique look using Pixlromatic. Overall this was a very quick edit and went in a totally different direction than I planned. I’m so happy to have some blooms and color to work with after a very long winter. 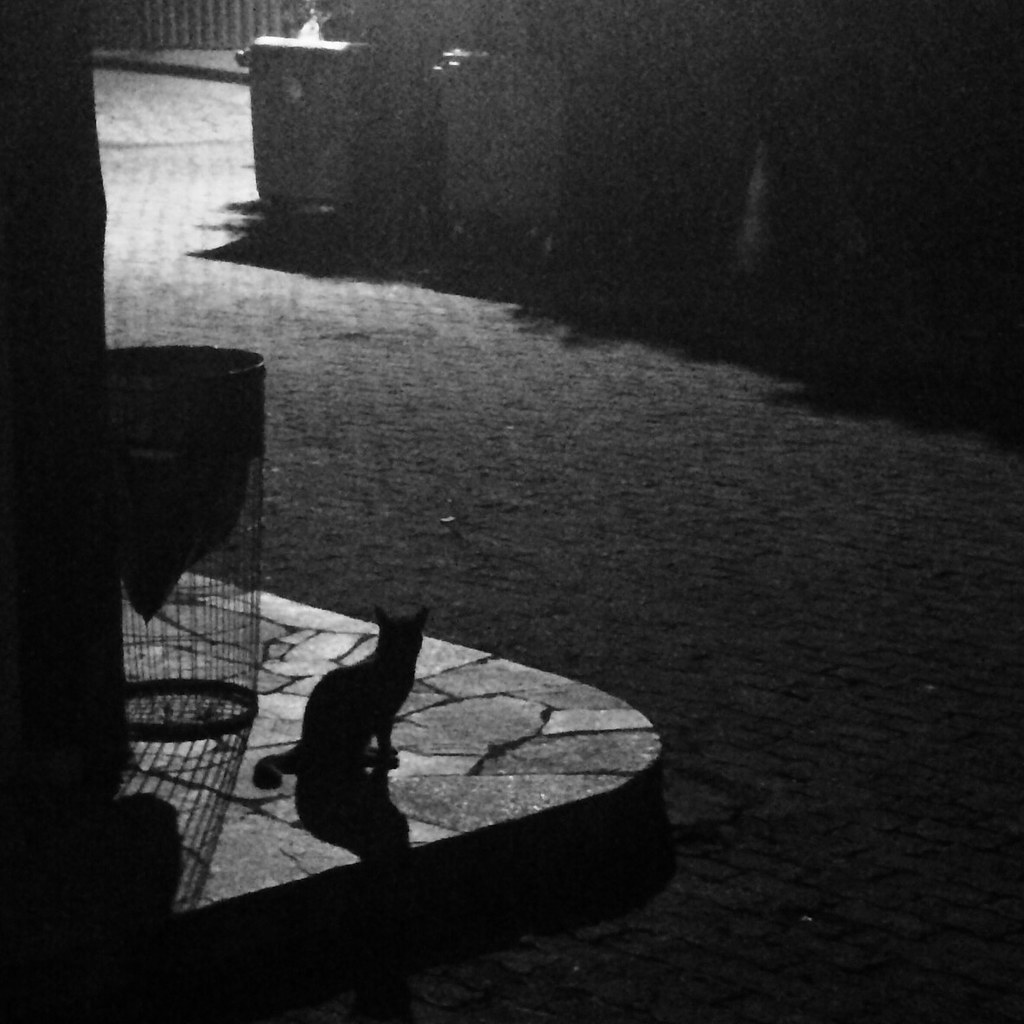 The riddle by Arthur S. Oliveira

Apps Used: I used the native camera app from the iPhone 5s, which did a nice job. I processed the photo with VSCO Cam
Backstory: So, the backstory of how it happened is:
I was hanging out with some friends, and then I went to the bathroom, and when I was coming back, I was with this awesome scene before me. Then I just took my cellphone and took the photo. 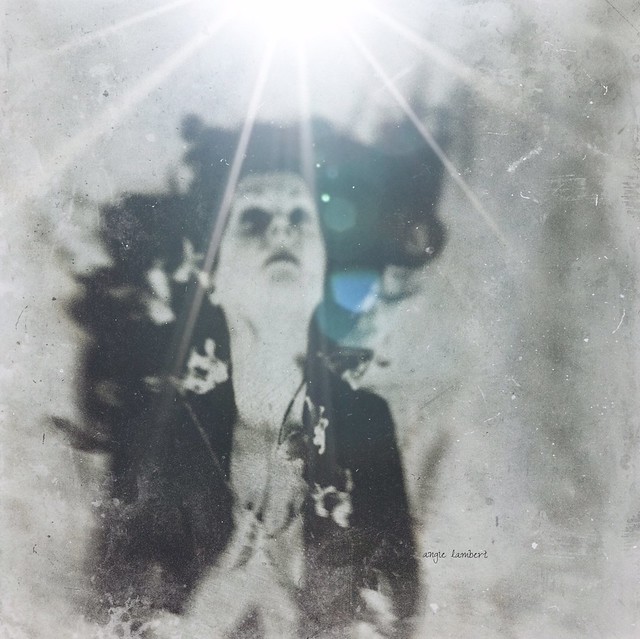 I Am Washed By The Water by Angie Lambert

Backstory: These have been busy days, indeed. Eric and I were married, in the midst of our eighth year together, on May 10, 2015. I’m trying to catchup with everyone’s beautiful creations.
I felt like I could settle in to a few photos the other evening. This is one of the results of my quiet moments with my photography passion. I started by walking to the beautiful dogwood, in bloom, in the front yard. I patiently selected just the right branch with which to return to the house. I gathered the iPhone, tripod, and Shuttr and nested in my little makeshift studio in the basement. It’s funny, really, I imagine my neighbors wonder what on earth I am up to next, smiling.
I am washed by the water, in so many ways, and so very thankful for the experience.
I’m sharing the apps below, in hopes you find the inspiration to create something that is spiritual to you and yours. xo 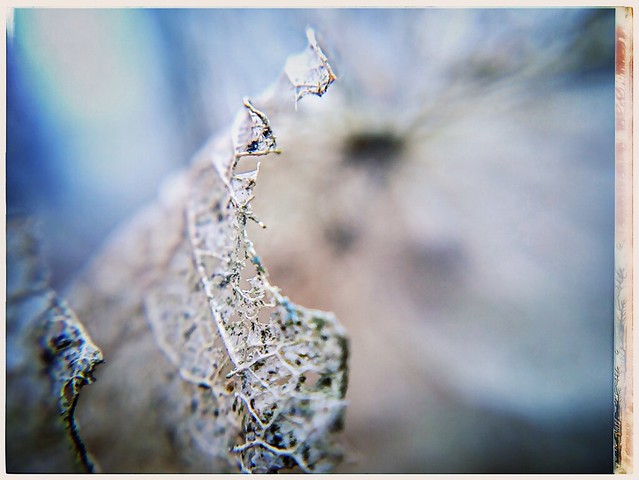 Apps Used: Captured with iPhone and Olloclip Macro Lens edited on the iPad in Snapseed.
Backstory: This is the color version of the curled winter petal. Often times I do way to many versions of a single image. I can cause family members to worry about the state of my mental heath. So I have a few favorite variations that I tuck away in a folder to post a few weeks later. Well, sometimes it actually turns out to months or even years later. 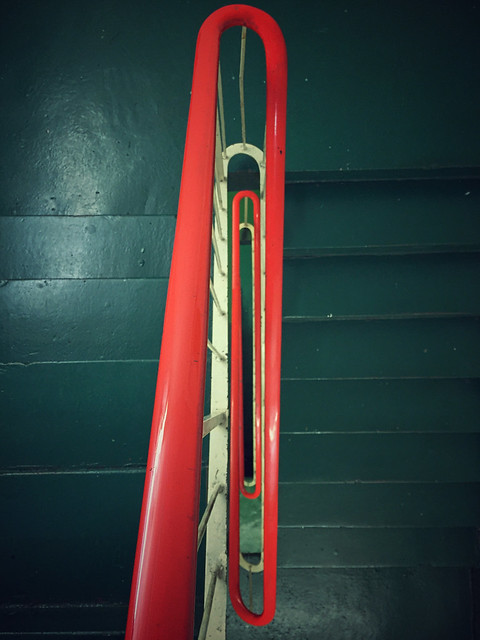 Backstory: There’s not a lot of processing going on with this, I tweaked the colours a little, added a vignette and a bit of sharpening. These stairs are from the Marriott hotel in Bristol, where I’m working a lot at the moment. The red hand rail against the green painted steps initially grabbed my attention, it’s only as I was processing it later that the similarity to a paper clip jumped out at me. 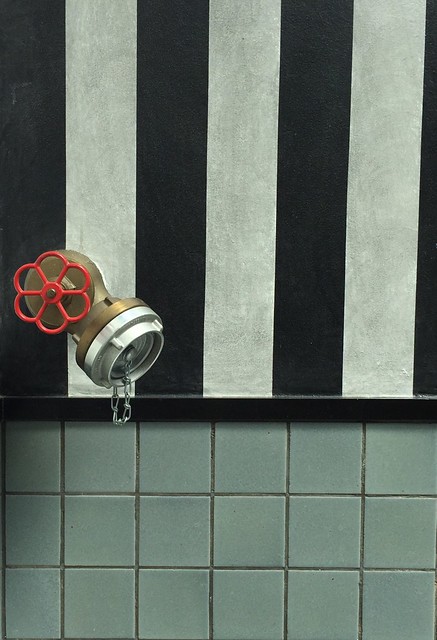 Apps Used: Snapseed
Backstory: This is a detail of the interior of the Haags Gemeentemuseum (The Hague). The building was designed by the famous architect Berlage (1856-1934). I used Snapseed to make a cutout. [crop] 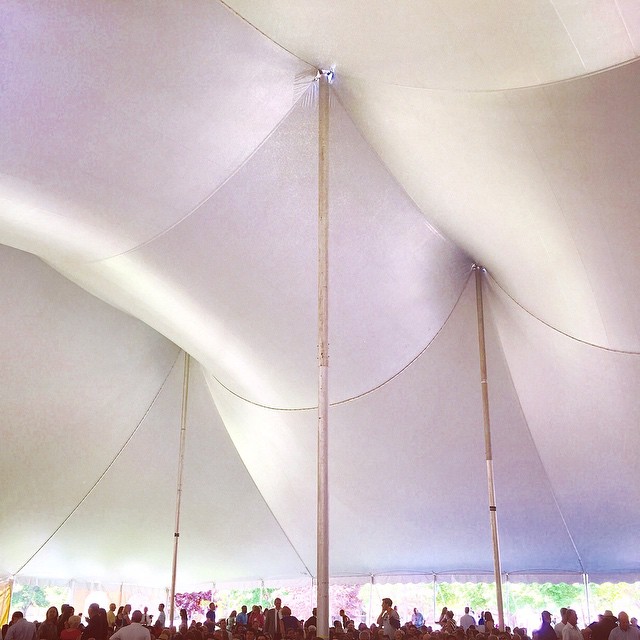 Holding Up The Sky #surreal by Brad Kelly 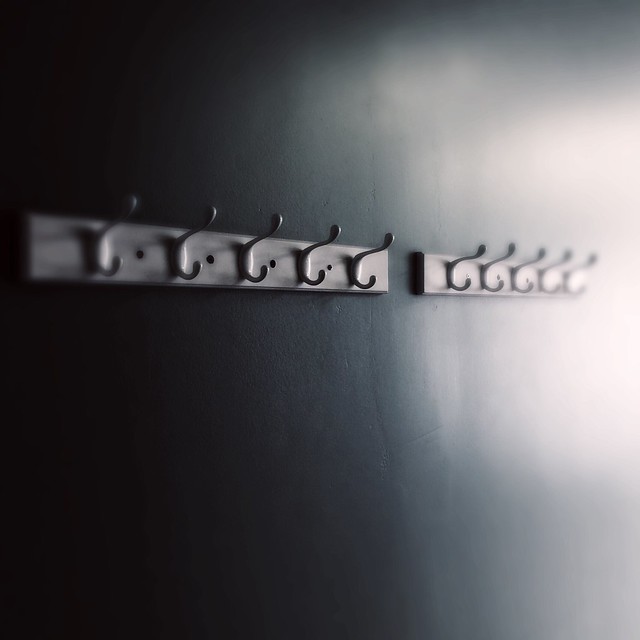 Everyday objects can be beautiful too! by lotusflower777

Apps Used: This was shot with my iPhone 6 and edited in Oggl. I used Tinto 1884 to blur the edges and Blanko 16 to desaturate the image a tad. It’s all I did.